Portability is paramount with the Qmini, whilst the Q49 and Q88 are on studio desk duty 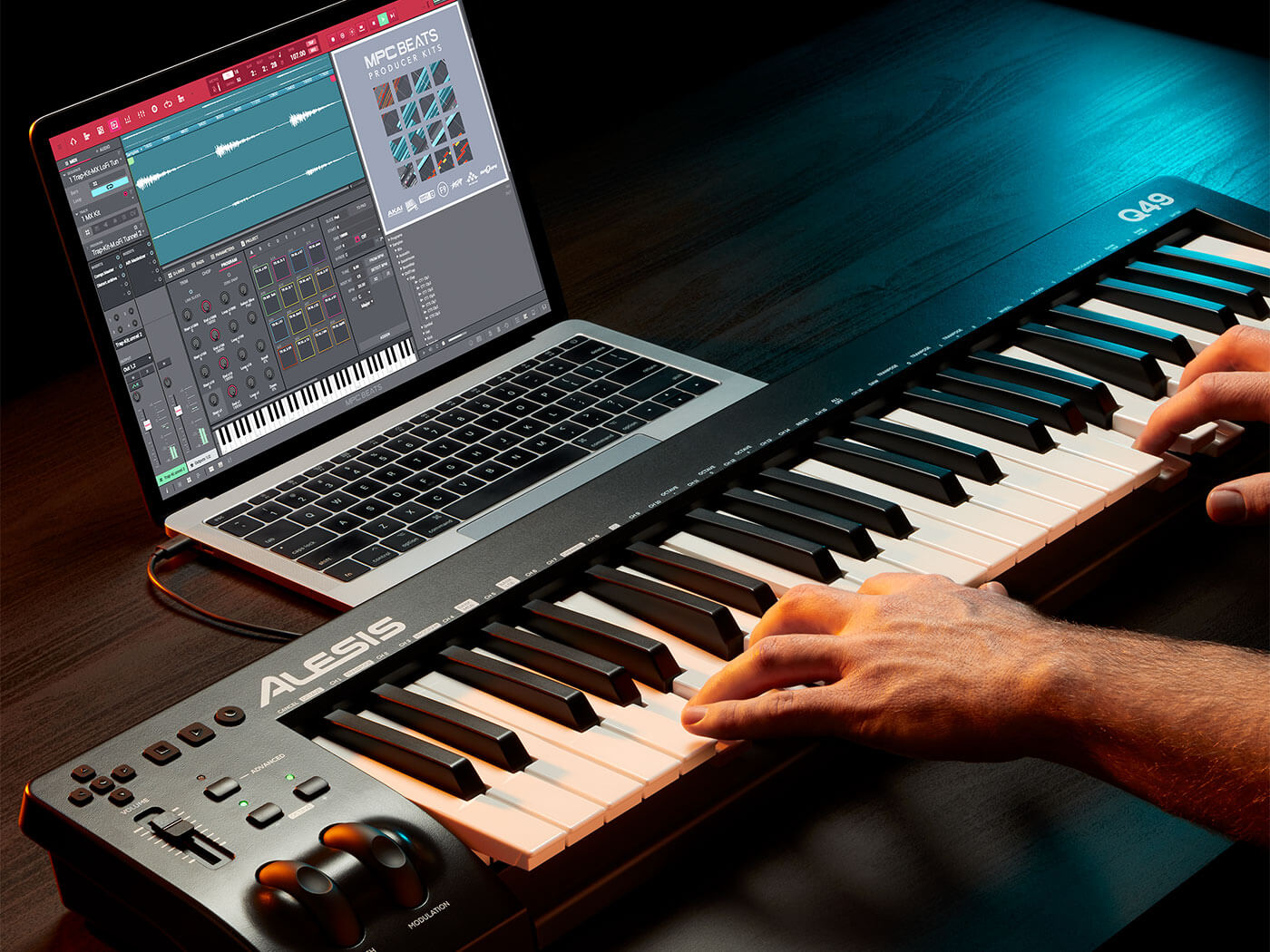 NAMM 2021: Pro audio brand Alesis has unveiled the MKII iteration of its Q Series MIDI controllers, introducing the Qmini, Q49 and Q88. There’s an emphasis on affordability portability with the Qmini, which sports 32 compact keys, and the Q49 and Q88 are primed for static studio setups.

All three of Alesis’ new controllers offer a USB plug-and-play approach for producers, negating the need for driver downloads and installation. Hook up to your laptop or desktop and play your virtual instruments instantly, with a velocity-sensitive, synth-action responsive keyboard and essential DAW controls. All keyboards come with a music education and software bundle, to get you making music straight out-of-the-box.

Qmini is small enough to throw in your backpack – it has 32 compact and a lightweight design that makes it extremely portable. It can hook up to iOS devices with an Apple Lightning to USB Camera Adapter (sold separately), as well as laptops and desktops. Pitch bend and modulation buttons are onboard for expression; an interesting design choice not to make this achievable with wheels. Octave and transpose buttons allow you to access the full piano range, while a re-assignable volume knob can give you quick access to any desired parameter during a performance.

Alesis’ Q49 features 49 full-size, velocity-sensitive synth-action keys, but still maintains the lightweight nature of its smaller sibling. It, too, is connectable to iOS devices alongside standard USB. The octave and transpose keys can also be found on the Q49 but pitch bend and modulation wheels, not buttons, can be used to enhance expression. You’ll get a few essential transport controls, such as play, record and stop, as well as a directional pad for easy navigation. A volume slider can be reassigned to other parameters and a quarter-inch TS sustain pedal input lets you hook up an external sustain pedal for more control.

The biggest of the trio, the Q88, gives you access to 88 full-size keys, octave and transpose buttons, pitch bend and mod wheels, transport and directional buttons, reassignable volume slider and a sustain pedal input. An addition here is the 5-pin MIDI output, which lets you use it as a standalone controller with a power supply, which is sold separately. Although this is an 88-key controller, Alesis has said that it is also very lightweight for transport, but is powerful enough to remain as a static studio essential.

To find out more about the Q Series, head to alesis.com.