“Your personal vehicle through an endless digital wasteland.” 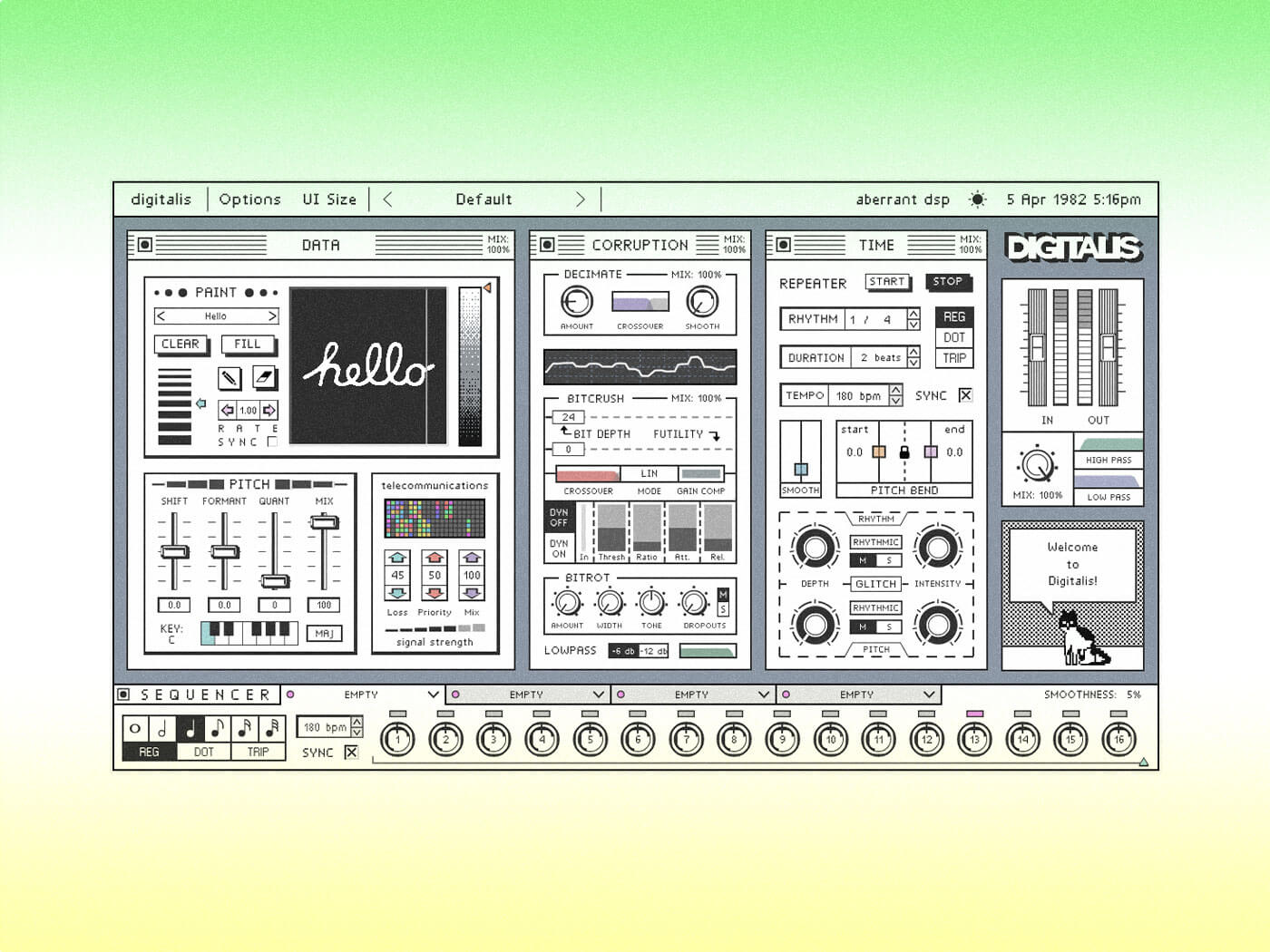 With dynamic bitcrushing, the even more twisted bitrot, glitching, pitch and formant shifting and an intriguingly named Telecommunications Section counted among its features, Digitalis could well be setting the bar when it comes to lo-fi digital audio mangling.

There’s even a rather exciting 16-step sequencer with four effect slots offering anything from rhythmic modulation to glitched-out percussive patterns. What is key to Digitalis isn’t so much its capacity as an audio processor but its use of various algorithms to accurately simulate those nostalgic falterings of digital media, from data loss to downsampled audio reminiscent of unstable video calls.

As with other successful plug-ins in the Aberrant range, namely SketchCassette II and Shapeshifter, Digitalis has an inventive and fun user interface, apparently based on the early GUIs of Mac computers. “We are always trying to find new ways to tweak the formulas that people have come to expect from common effects,” says the company, “by introducing glitches, modulations, and misbehaviours that are all deeply user-controllable. If you want something strange, exciting, and entirely different in your mixes, you’ve come to the right place.”

Check out the video below:

Aberrant DSP Digitalis currently retailing for an introductory price of $20, after which it’ll retail at $30. It’s available as a 64-bit VST3, AU, and AAX plugin for macOS and Windows. For more information visit aberrantdsp.com.