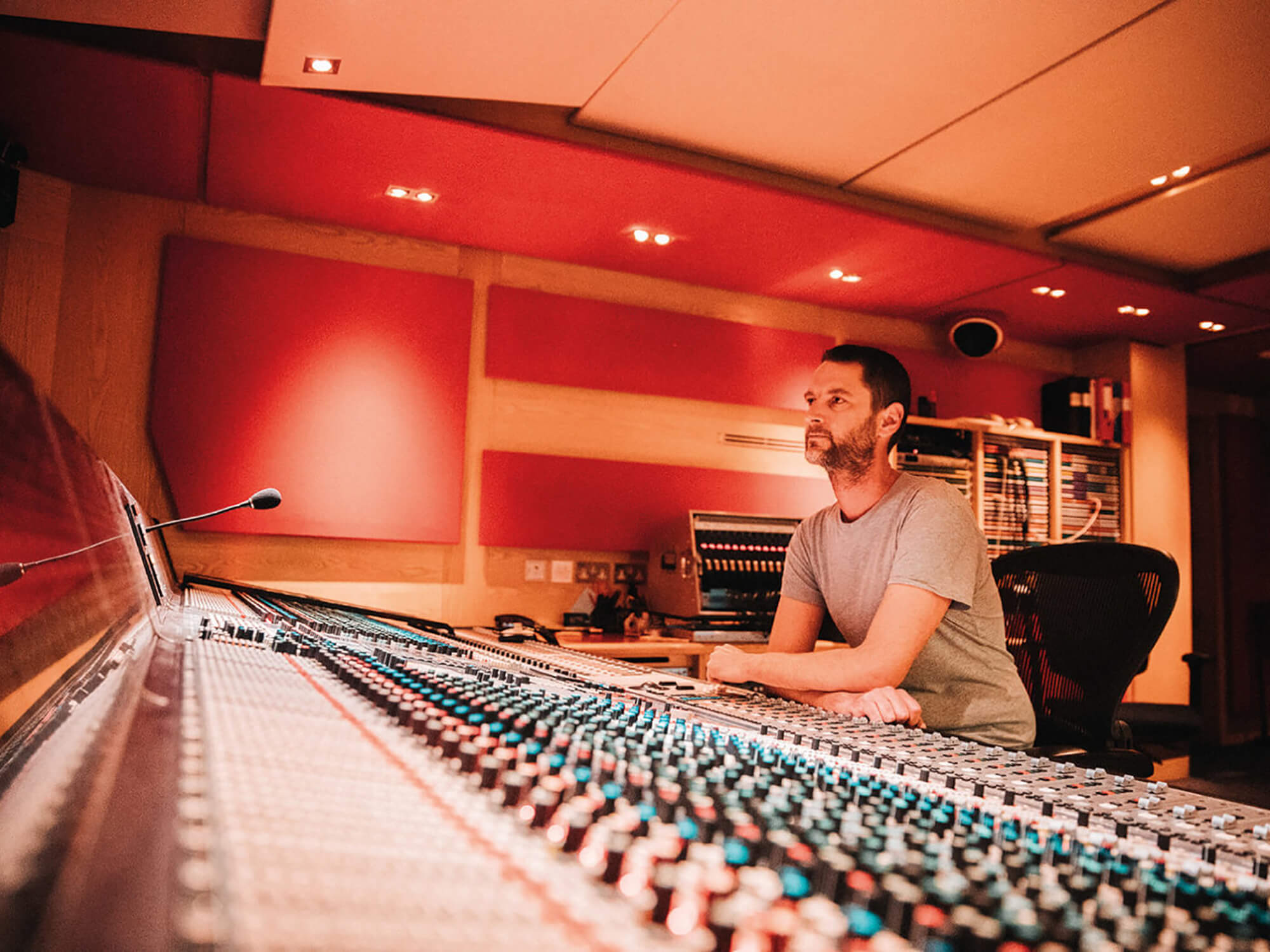 Perhaps the most critical stage of the process, mixing is central to a producer’s life. Needing some tips and advice? Look no further…

In-house engineer at Abbey Road, Chris illuminated us on the mechanics of tracking orchestras and defining the shape of a good mix earlier this year.

Top Tip “Two mixers will have different interpretations of a mix, both having elements that are more appealing than the other. But, the best mix is one that represents the song in the most satisfying way to the artist and production team.”

Read our three-part interview with Chris here, here and here. 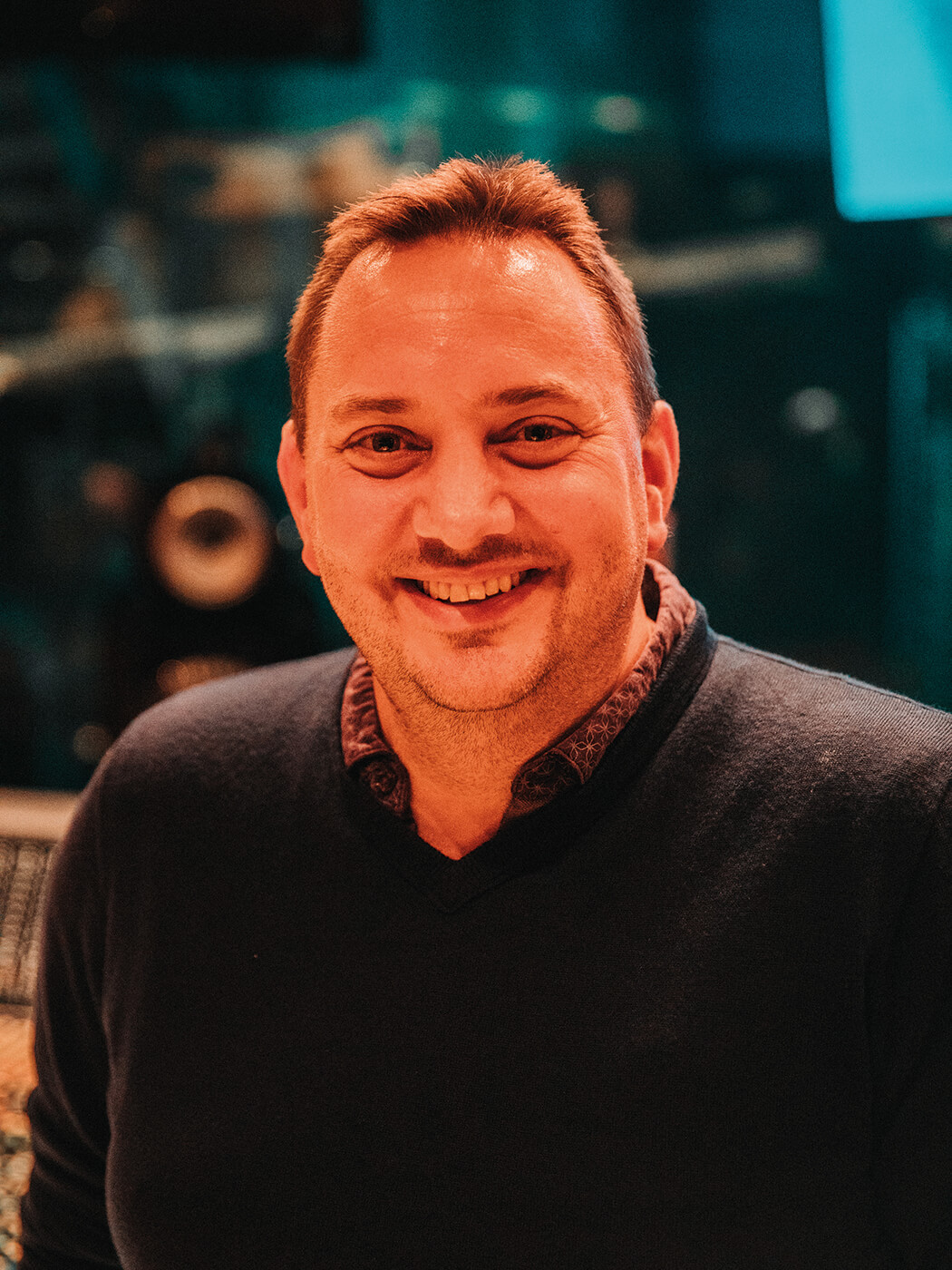 Abbey Road’s senior recording engineer Andrew Dudman has had 21 years of experience at the facility, working on Disney’s Brave, The Fellowship Of The Ring, Hacksaw Ridge and Baby Driver and games including Killzone 3 and Uncharted 3.

Top Tip “If something’s not working, go back to the original sounds rather than trying to fix something that’s inherently not right. When you’re programming and play stuff in on the keyboard, you can often get inconsistent velocity levels coming out, so make sure all of that is under control. The great thing with computers is that you have so many options for making great new sounds. Blend sounds together to try and match a real recording from an acoustic instrument. Only after that would I start applying a bit of EQ and compression to try and blend things that way. Then, I’d try reverb. Always try to go back to the original sound if you can.”

Read our full interview with Andrew here and here. 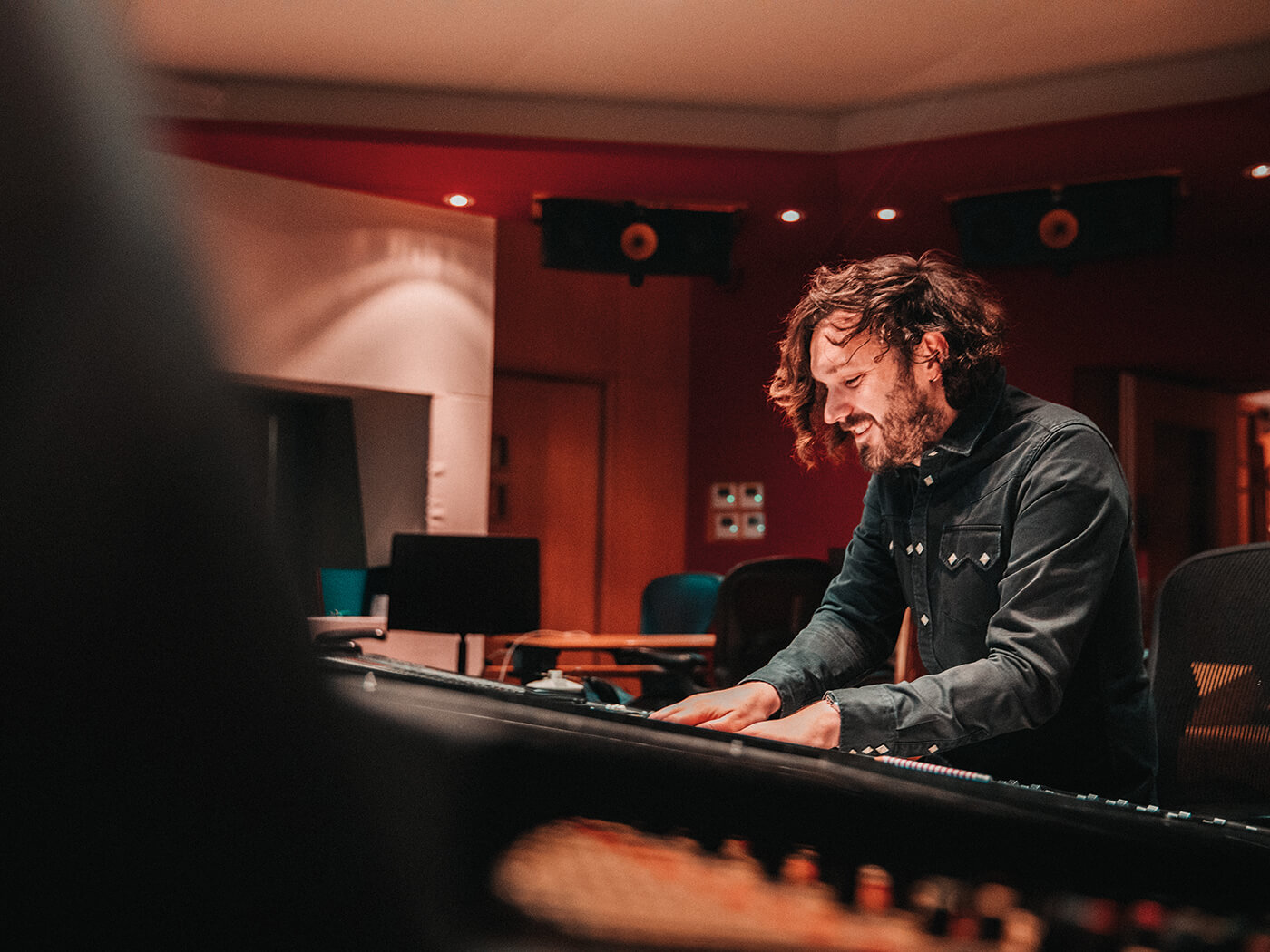 Top Tip “If you’ve got lots of elements trying to occupy the same sonic space, ask yourself whether they all need to be there. You can sometimes quite savagely filter the top end on certain sounds or the low end on others. You can play around with stereo enhancement, you can put ambience on things to put them in different perspectives and spaces. But there’s a lot to be said for just choosing another sound.”

Read our three-part interview with John here, here and here. 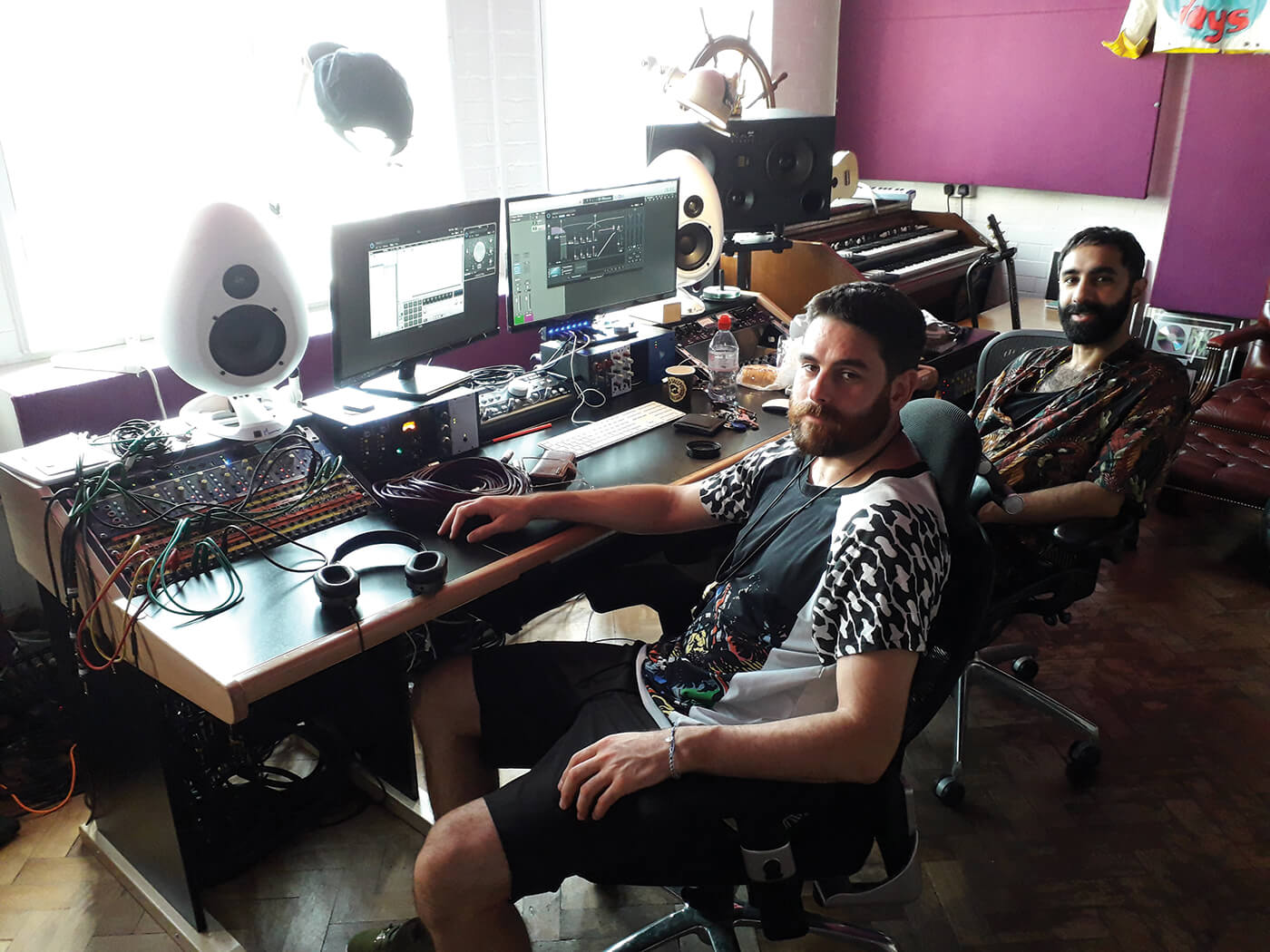 Rudimental have collaborated with some of the biggest names in the music industry, amassing multi-platinum sales plus Brit and MOBO awards.

Top Tip “I like using parallel compression, which I learned from Spike Stent. He uses it on vocals too. Everything is double tracked and phase-aligned, so you’re not hearing a directly compressed vocal but a clean vocal and a compressed one below it.” 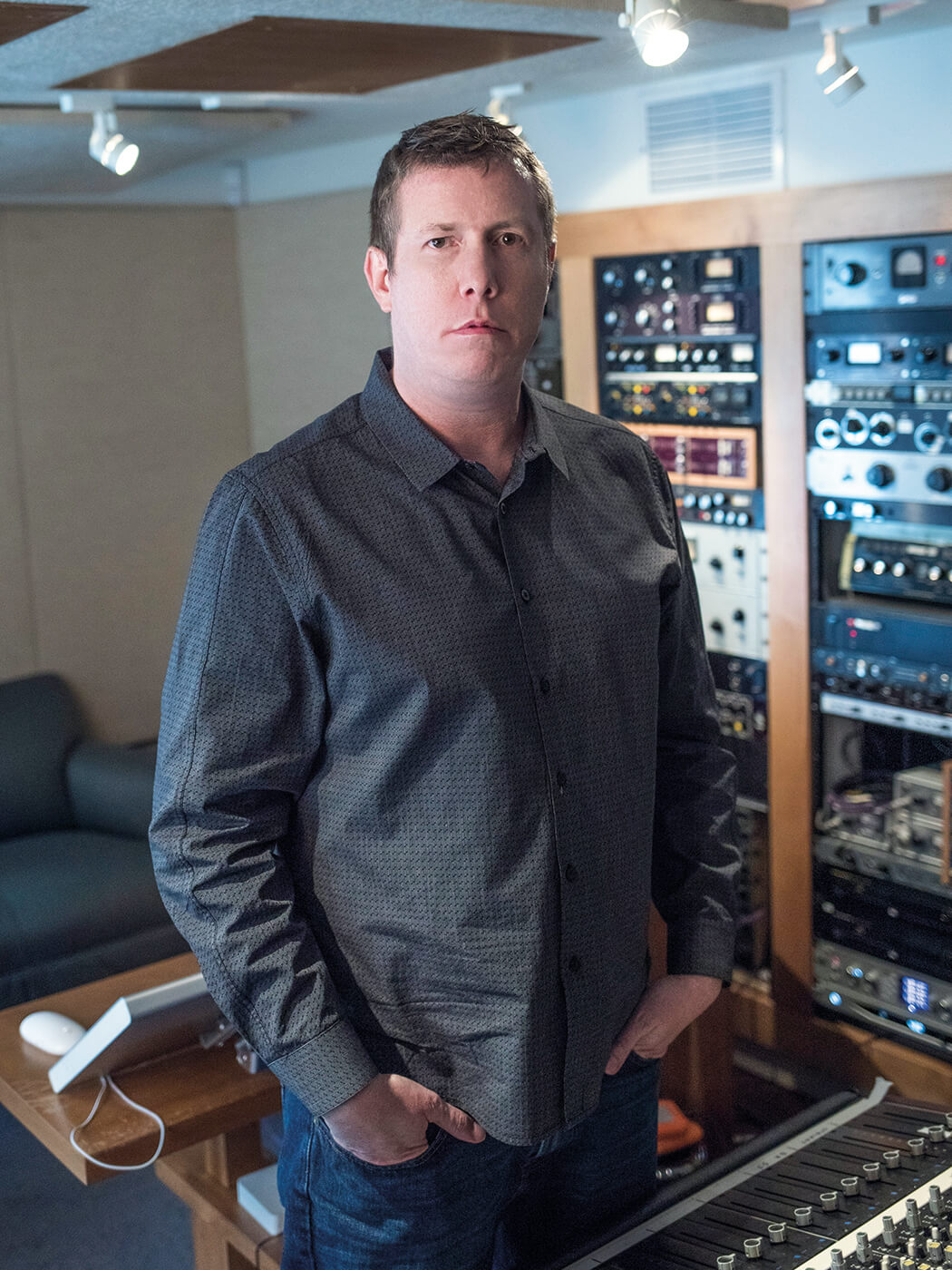 Grammy Award-winning engineer Darrell Thorp has worked alongside some of the biggest names in the music industry, including Radiohead, Beck and Sir Paul McCartney!

Top Tip “I’m very sensitive to 3k bite that can build up from a poorly recorded singer or a guitar amp. It can even sometimes be bad cymbals. That being said, one of the biggest things I’ve learned to do is multi-band compress the high-to-mid frequencies. I’ll carve out the wispy frequencies in the top end while keeping the vocal at the forefront of the mix. You really do have to tame down those louder 3k-plus frequencies so it sounds smooth and natural.” 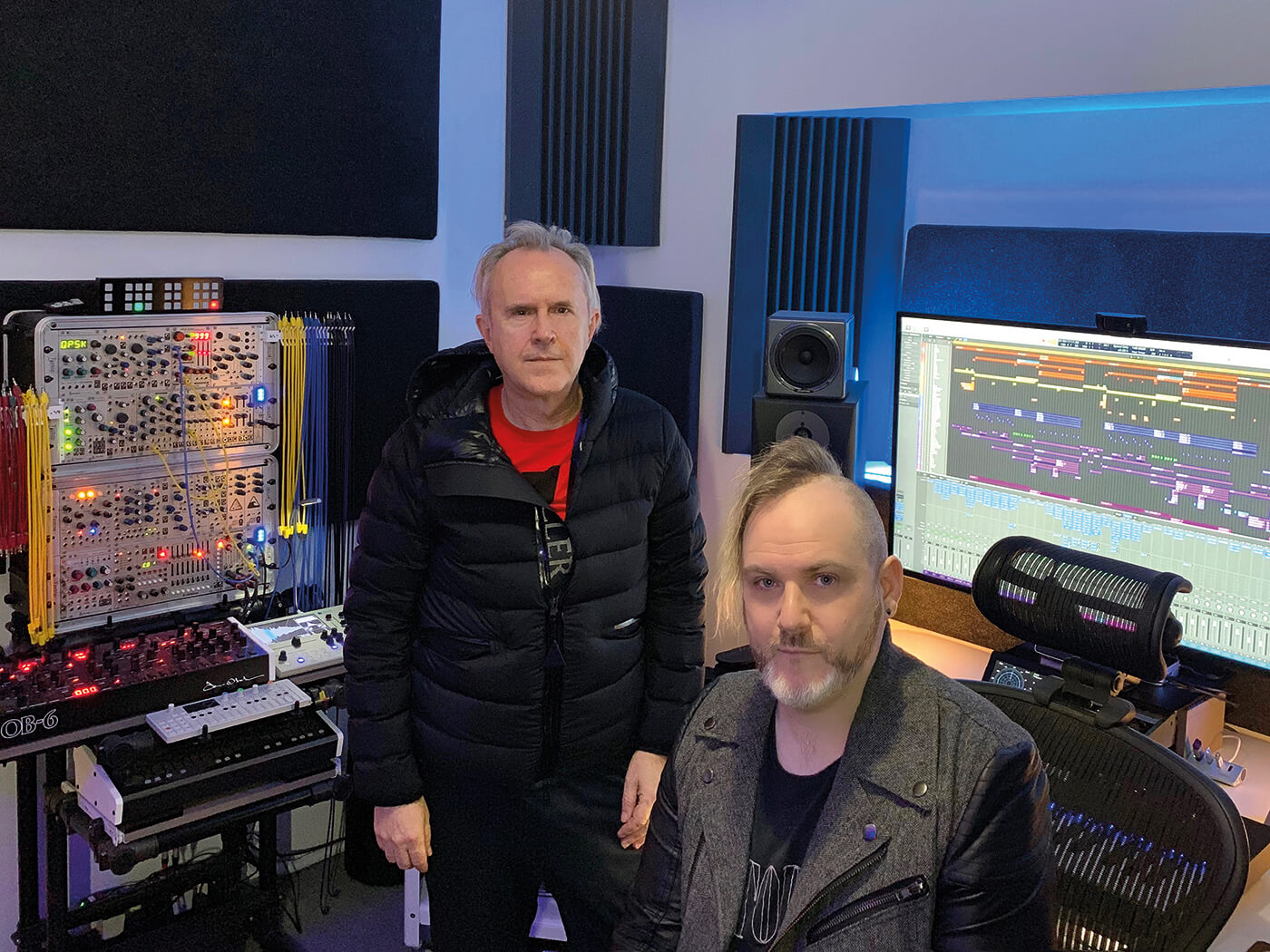 A vital collaborator and producer of synth-pop legend Howard Jones, we caught up with Robbie in his Bristol studio earlier this year, during the making of Howard’s latest record.

Top Tip “I am brutal about going through every channel and removing all the things that are ugly with narrow Qs, all before I do any boosting. What I find amazing is that when you listen to records now compared to 30 years ago, because we have such surgical tools, it does afford us the ability to remove things but still make them sound big.” 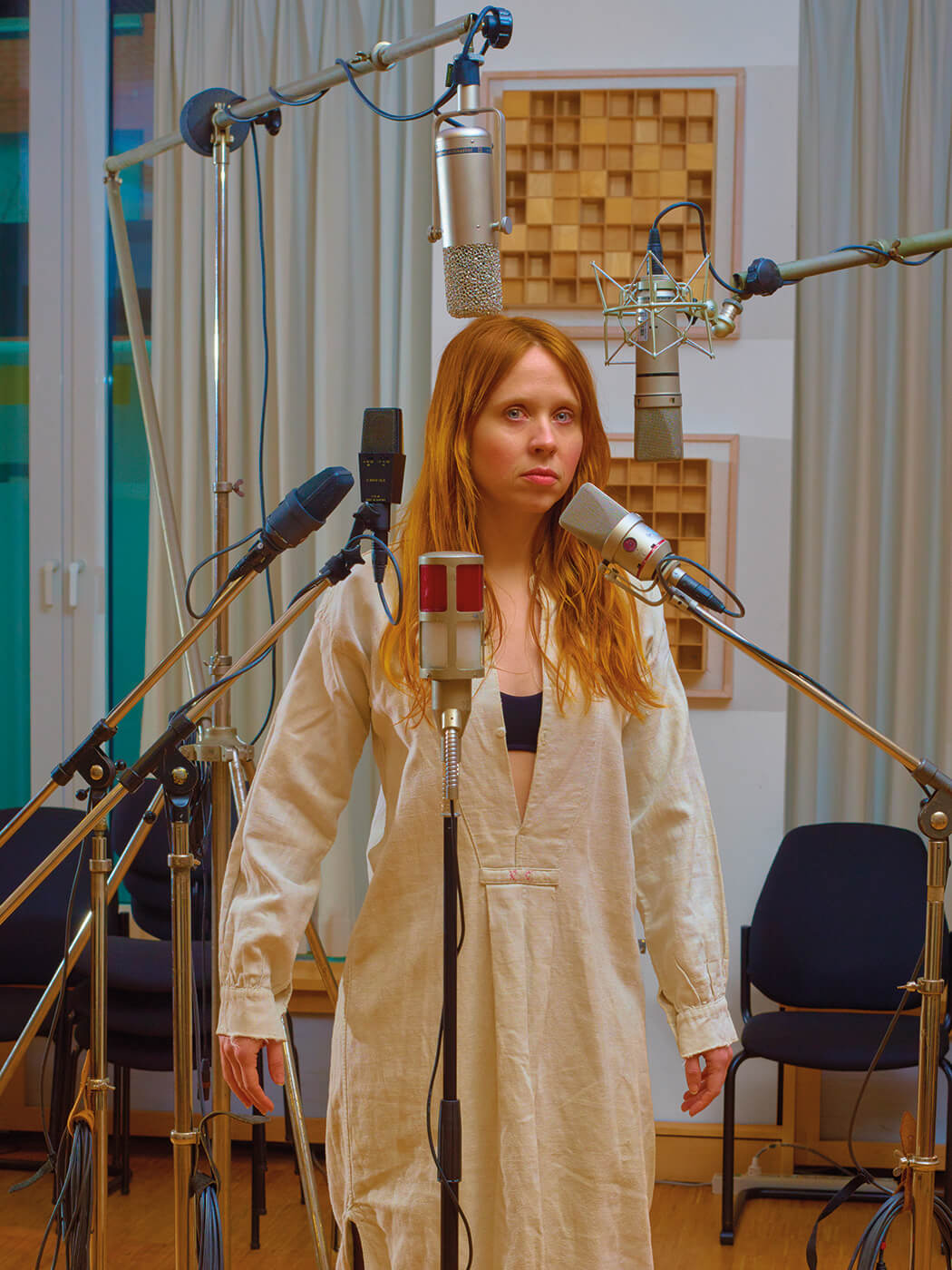 Holly is an experimental producer, writer and academic who we spoke to earlier this year when she was exploring AI-assisted creative stimulation.

Top Tip “I try to have the sound evolve. The thing that drives me crazy is that when people set up one effects chain and it’s usually on a voice – that’s what I’m most obsessed with. Like when people put one delay sound on the voice and they’d be content. I’d say ‘no’. Each moment of the song could have a different process. It doesn’t have to be the same. It could be like moving in and out or having an interesting chain that’s constantly evolving and shifting. You could automate some of it with LFOs or with automation on a timeline.”

Read our full interview with Holly here and here. 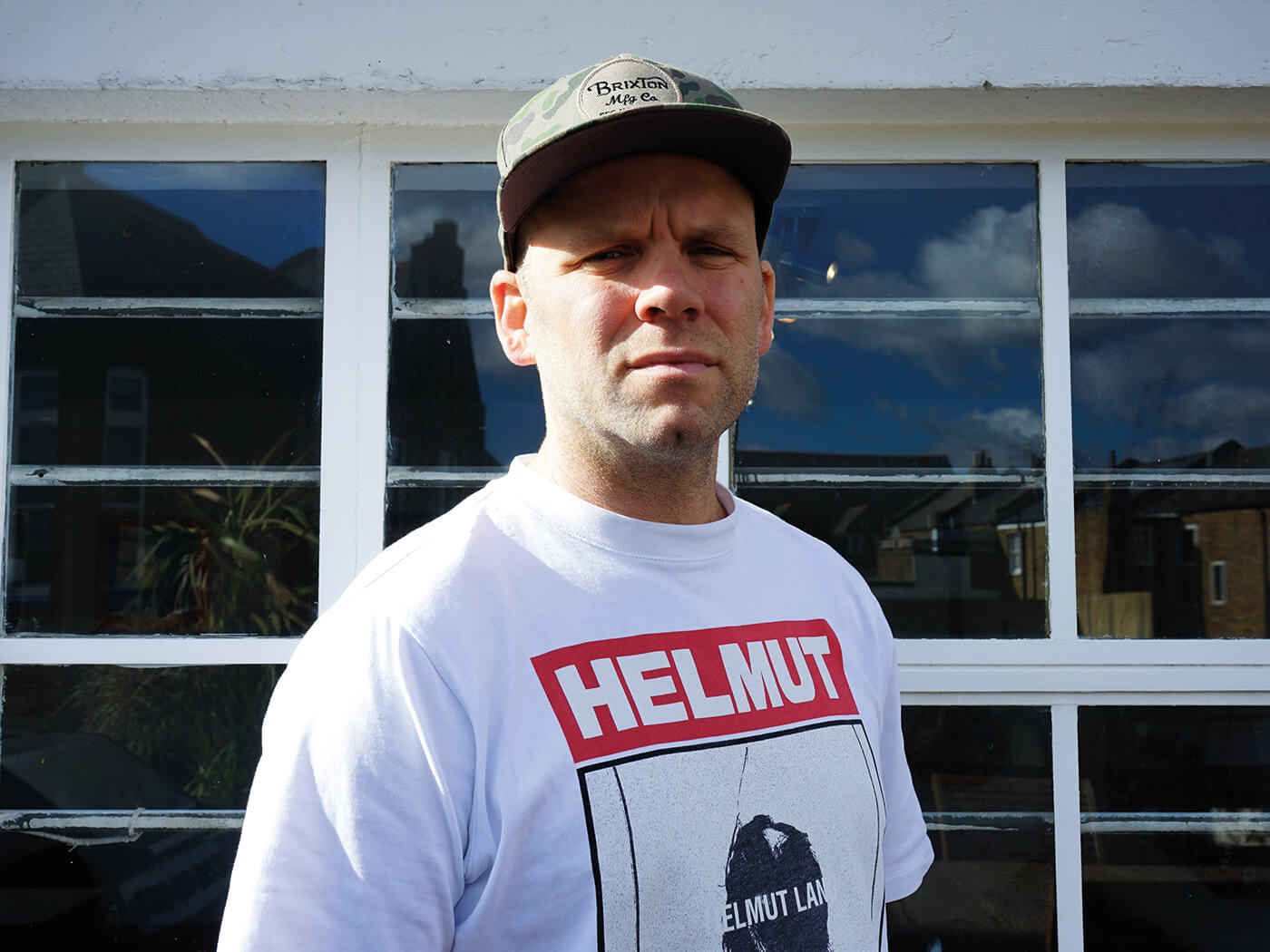 Mark Ralph has produced some of the biggest chart smashes in recent years, working with an impressive roster of artists that includes Clean Bandit, Hot Chip, Jax Jones and many more.

Top Tip “When you have limitless choices and a limitless amount of ‘undos’, it can sometimes give you too much. You’ll never quite finish, as you can always make alterations. It’s one of the great things working as I do. I’m a hybrid – I have an SSL desk but use Pro Tools, combined with lots of outboard gear and hardware synths. It means once I decide on a sound and record the performance, that’s it, it’s done. I can’t recall this, I’ve committed so I move forward.” 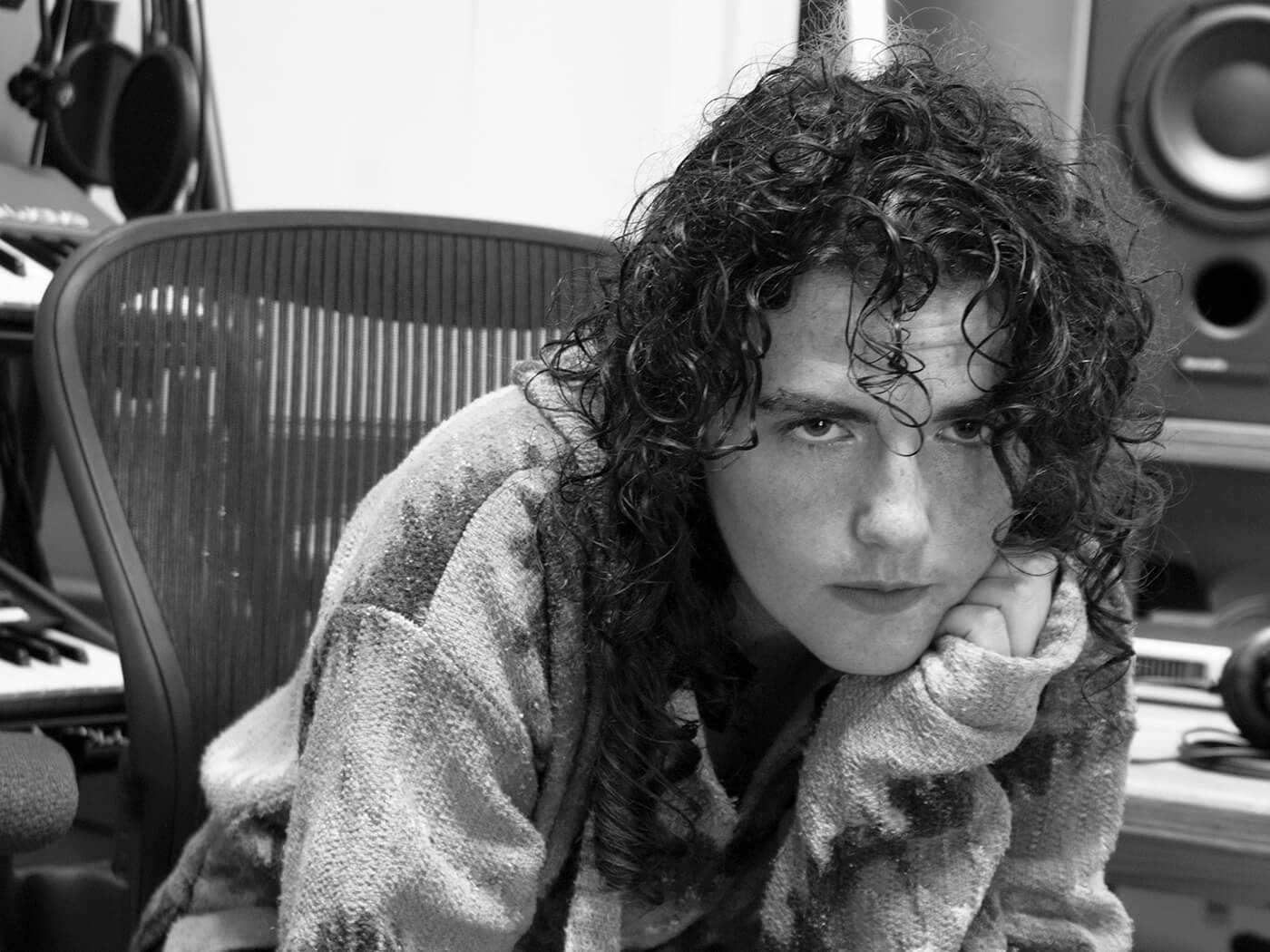 Synth-pop artist Georgia has suddenly joined the A-list of in-demand producers. With her synth-laden single About Work The Dancefloor quickly becoming the summer tune of 2019.

Top Tip “Kids can try and emulate what we do with outboard gear in five seconds in the box, but there’s nothing like turning a few knobs on an AMS delay and creating something individual and spectacular, and your whole body physically getting into it. It’s something that every musician and producer should experience. It’s so cool, you’re like a mad professor.” 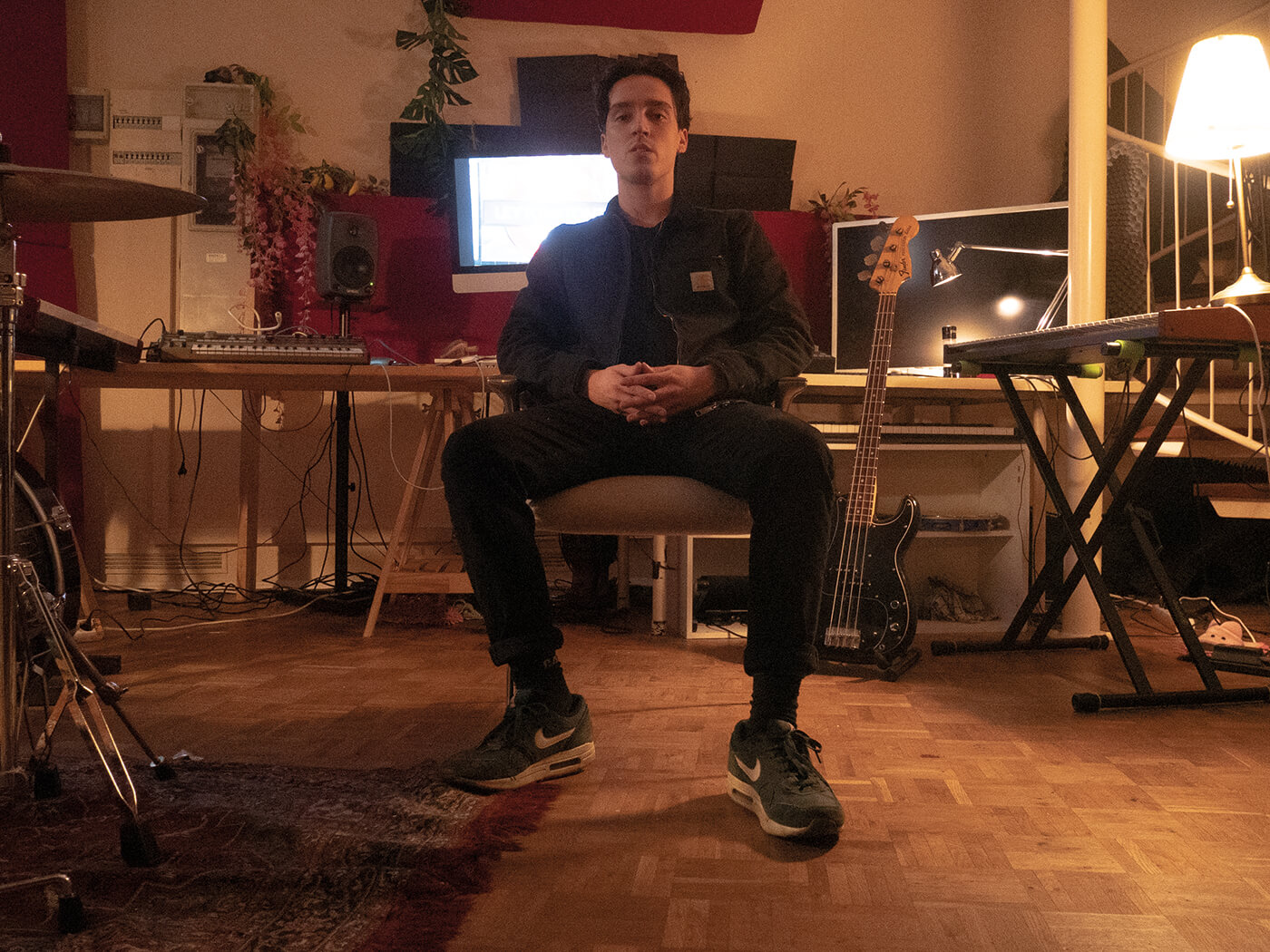 Young DJ and producer Cody has released records on labels that include Razor-N-Tape, Pusic Records, Classic Music Company and Orange Tree Edits. Cody has digitally self-released hip hop and jazz remixes, which have accumulated over a million online views.

Top Tip “For stereo imaging I always use the sample delay in Logic. It splits the signal by a millisecond to the left and right of the speaker, making the audio sound really wide. I use it all the time on my Rhodes.”

Before you start a mix: “Listen to the song once, because that’s when you get all the ideas that you’re going to use for the rest of the mix. After that – even by the second play – you start getting used to it. On the first listen, you get all these little flashes of ‘I’m gonna do this, this and this’, so take the first listen very seriously, and go from there.” – Paula Jones

“In mixing, some people think they need to reinvent everything, but they end up killing the soul of the song. Listen to the song as an entire piece and retouch what needs to be retouched. Don’t overmix.” – Luca Pretolesi

“Listen carefully to the band’s rough mixes. There’s something there that they like. Sometimes you’ll need to invent the story and the points of interest in the song, but usually it is already hiding there, you just need to expose it and deliver it properly to the listener.” – Ohad Nissim

“Trust the headroom”. Don’t slam too hard. Lean on the side of trust. – Gary Go