Aliens, Superheroes & Spies: why is there so much studio hardware in film & TV?

From the Bourne Identity to WandaVision, set designers have used studio equipment to build high-tech looking environments – but if you’re a studio nerd it can break the illusion. 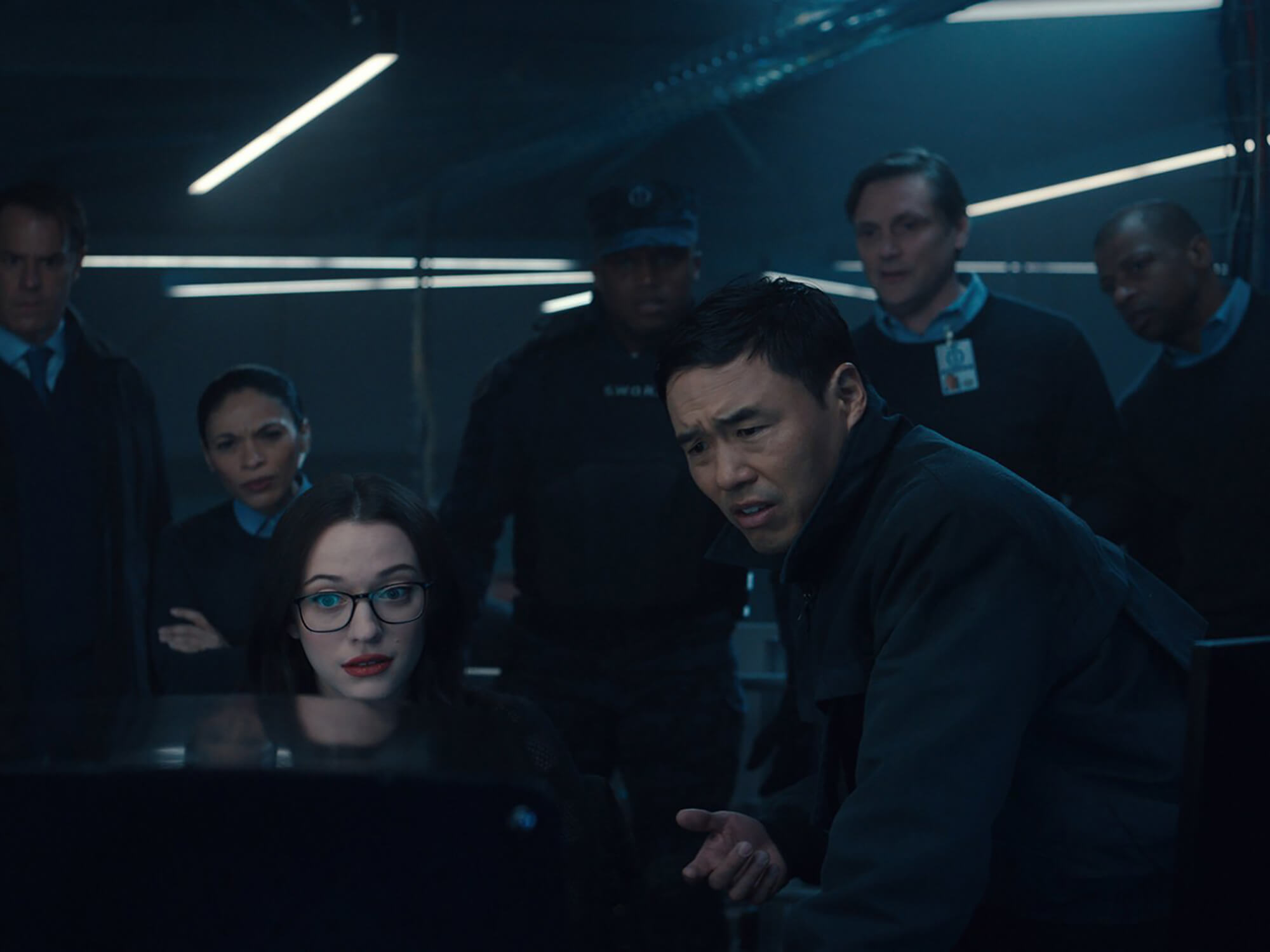 With their complex interfaces and shiny, animated LEDs, music equipment is a great choice for set designers looking for futuristic set design. But, if you recognise the equipment from your own studio – and it’s doing something other than making music – it can be a struggle to suspend your disbelief.

For example, you may have seen the recent trailer for ​Doors (2021)​, which opens on a man using modular synths to contact aliens. Obviously, aliens enjoying Hainbach-style drone music makes sense to us, but it’s a bit of a clanger. Or, you may have seen Roland’s AIRA hardware in DC’s ​Titans​ series, or the Novation Launchpad in ​Machete Kills (2013).

Here’s a list of times we got distracted from film and TV plots by incongruous studio hardware placement.

In this episode, S.W.O.R.D. agents have discovered an unusual broadcast coming out of Westview, NJ. To study it, agents are using audio equipment including oscilloscopes, CD players and, intriguingly, a RodeCaster Pro podcast mixer. But, to throw you off the scent, set designers have covered the branding with the most hi-tech image possible: a QR code.

While trying to make contact with extraterrestrials, Dr Eleanor Arroway’s team come across a faint signal: a sequence of prime numbers. Making the most of SETI’s resources, Ellie boosts the signal with an Eventide Ultra-Harmonizer DSP 4000. While this isn’t a traditional application for the rack device, we’re certain those alien data bursts sound even more exciting with a touch of synth reverb.

Following an attack on his base, President Kirkman struggles to know who he can trust. Our suggestion would be to question the character in army fatigues. They have clearly spent their budget for protecting the leader of the free world on a rack of audio processors, including an ART SCL2 dynamics processor and a Lexicon effects unit. You had one job, corporal.

A shadowy government agency is trying to track down Jason Bourne so, for some reason, they’ve hired a few racks of audio gear. In this scene, we can see a selection of Behringer racks including a feedback destroyer, power amps and a DEQ2496 Graphic EQ. The room is piled with road cases, so at least we know the equipment was transported safely.

Owners of a Korg KP3 Kaoss Pad may recognize the red LED animation behind Tony Stark in this scene. The set designers were smart, putting it in the background, out of focus, then layering another effect over the top but we’re almost certain that is a Kaoss Pad’s idle animation.

In this episode of Netflix’s Snowpiercer, Jennifer Connelly’s character comes clean to the train’s residents over the PA system. She sits at a microphone implicitly controlled by a pair of Native Instruments Traktor controllers: the F1 and Z1. Perhaps she wants to fade in a little musical underscore while she’s talking, to distract the residents of the post-apocalyptic train. Or maybe she just likes to know she could drop a massive air horn sample whenever she likes. Either way, it’s good to know USB controllers are still de rigeur in the dystopian alternate universes.

What did we miss? Let us know on our social media channels.