From investing in quality monitors to ensuring your studio is properly soundproofed, these producers and DJs share their best studio hacks. 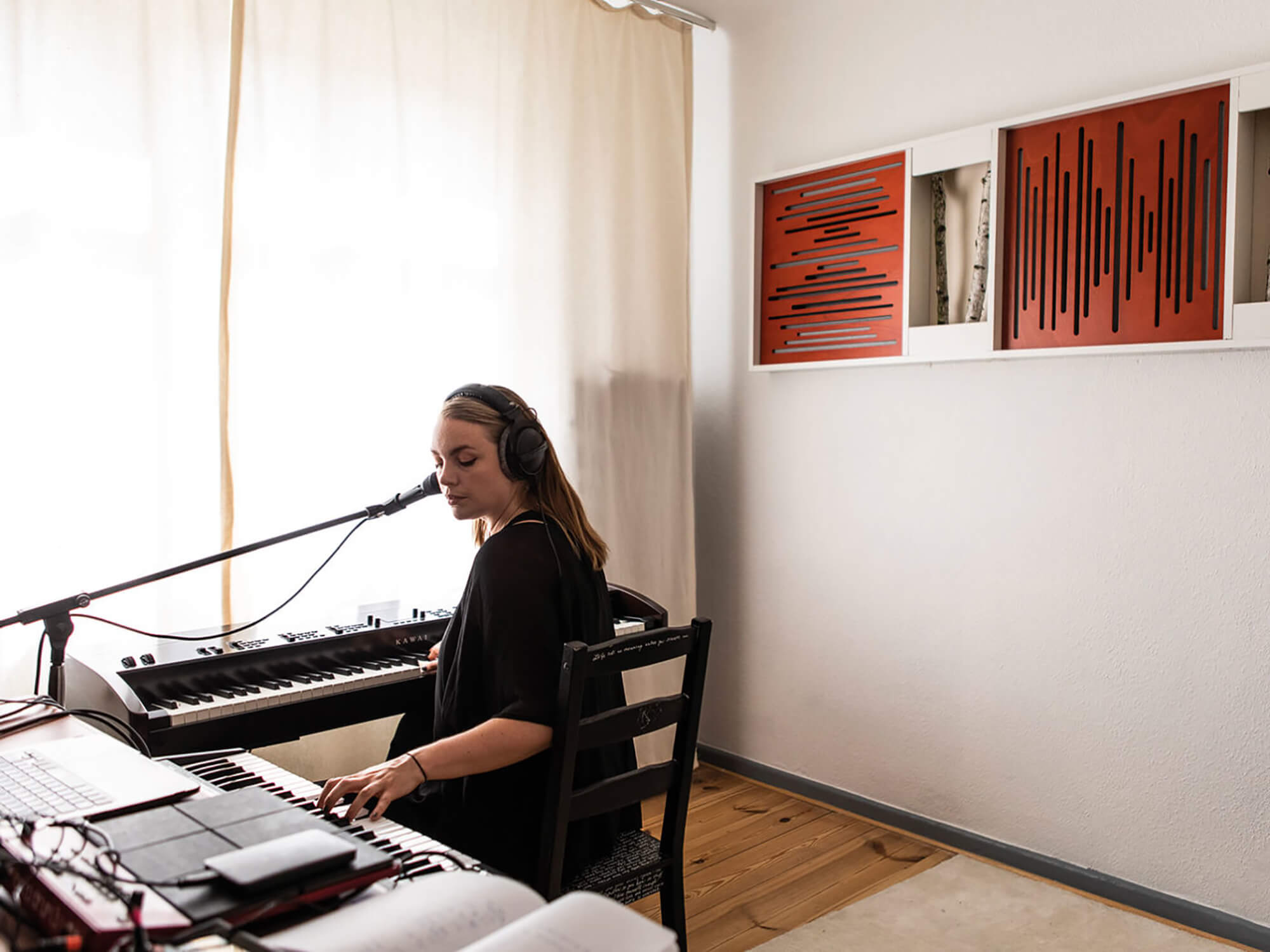 It’s the place you’re going to be spending most of your time, so don’t compromise. Here’s some advice on making your space conducive to recording, as well as cool…

Top Tip “First, invest in a really solid laptop. The rest will constantly change and evolve as you and your music do anyway, so make the core part of it all really good and make sure you know how to use this really well. You can make amazing music with budget headphones and a laptop, you don’t need a studio to be creative. It helps if you want to work professionally later on, but don’t sit there and wait for this.”

Read our full interview with Emika here and check out her studio here. 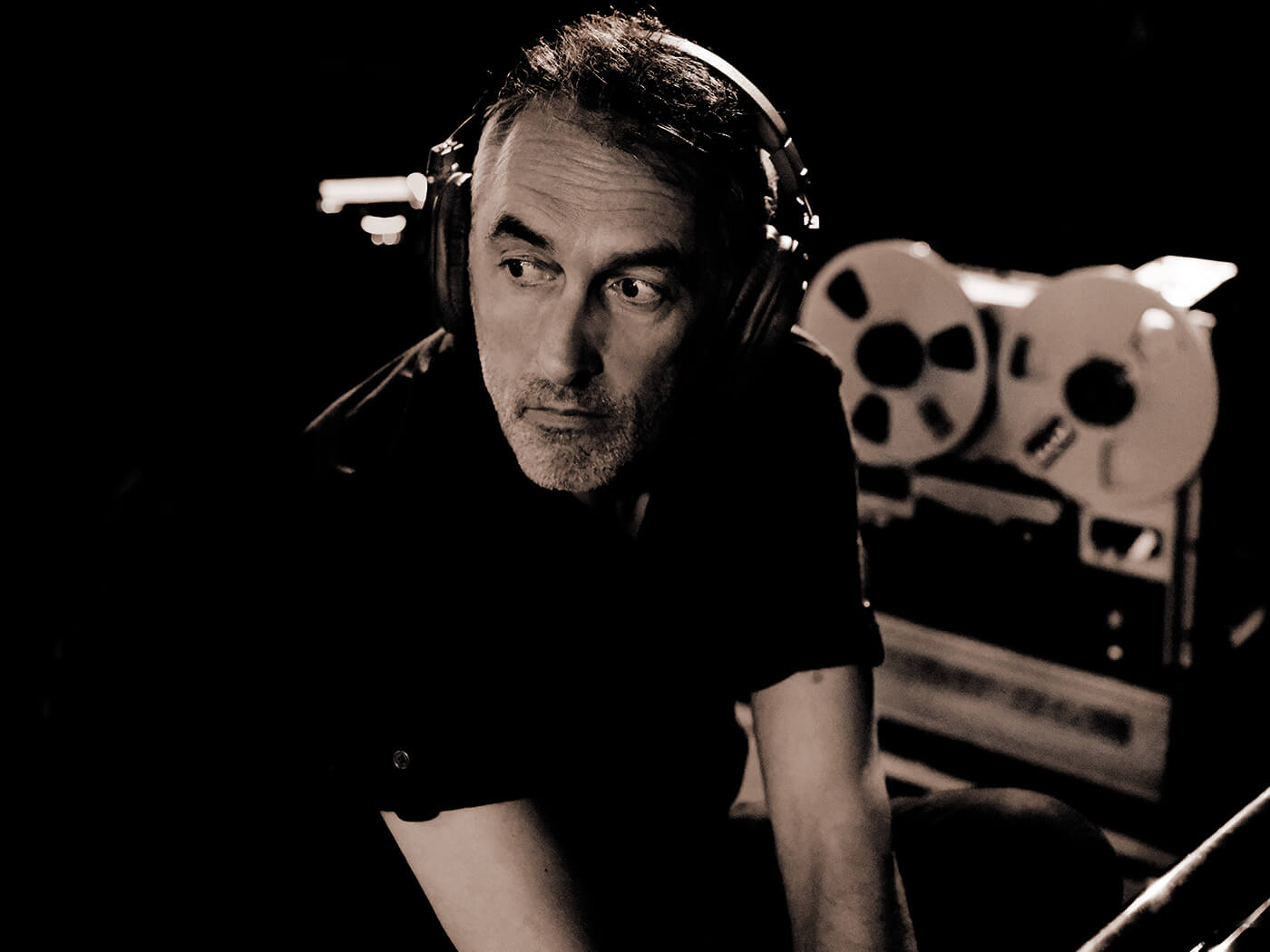 Composer Yann Tiersen has crafted music for films that includes 2001’s Amélie, as well as being a fascinating artist in his own right.

Top Tip “Even if you’re working in digital, it’s not the same being in a studio as being in your room. Having the chance to have a beautiful live room makes me just want to spend time here. Every day I come to the studio, even if I don’t have work to do, and it’s like, ‘It’s so good to be here!’. We didn’t do any acoustic treatment. After we finished building it, we did some recordings and discovered a beautiful sounding room, so I was like, ‘Okay, I won’t touch it!’” 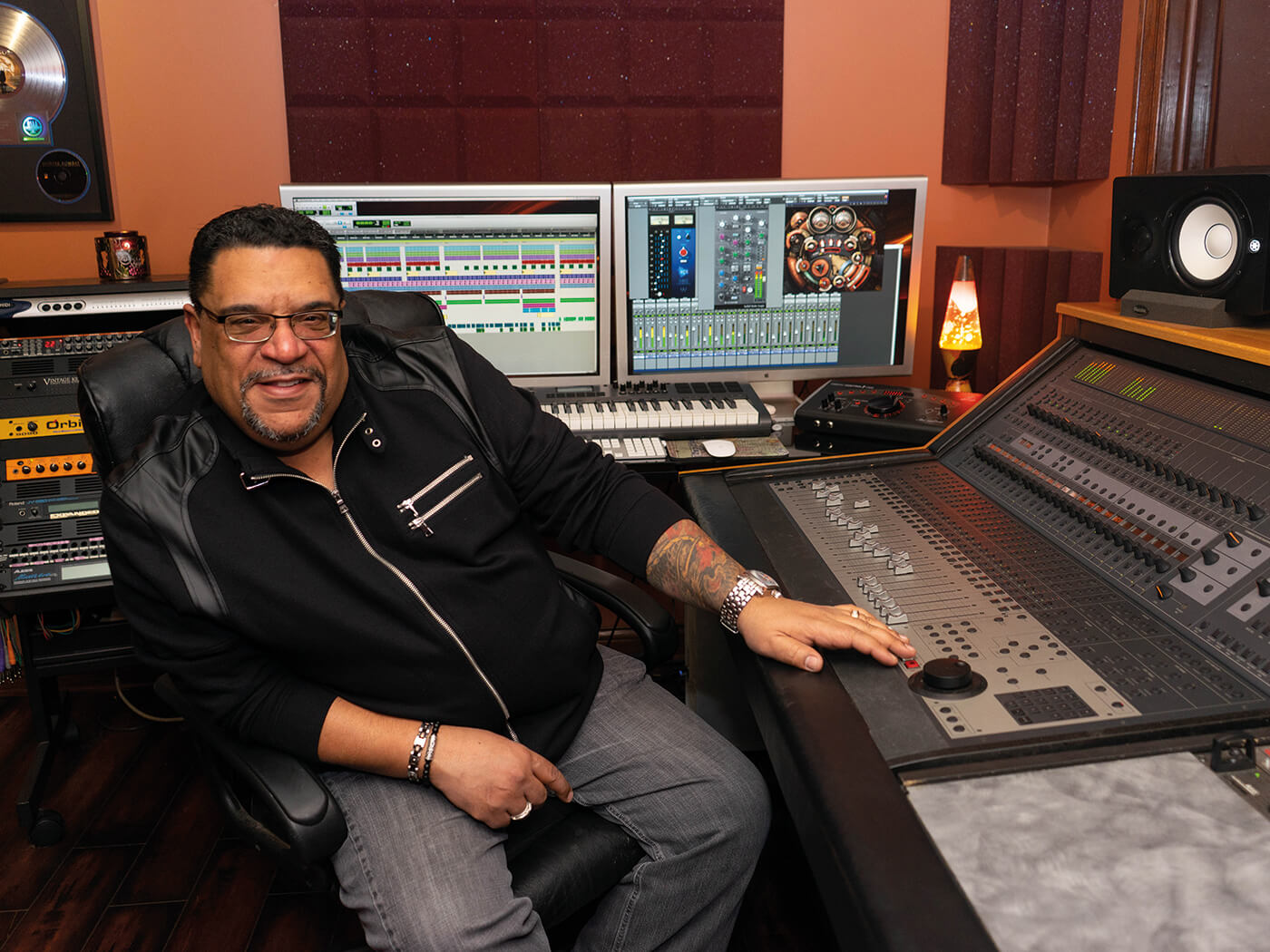 Known as the “uncle of house music”, Matt Warren is one of the pioneers of the Chicago scene. He operates from Sound Solution Recording in Illinois.

Top Tip “Don’t go out and buy lots of different pieces of expensive equipment at once. Instead, work on a less-is-more approach. This allows a new producer to learn how the equipment works and what it can actually do. Sometimes, it’s not the equipment, but how you use it and how well you know it.”

Leon is a mastering engineer with an impressive resume that includes working on projects for the likes of Pink, Rihanna, Maroon 5, Beastie Boys and Willie Nelson.

Top Tip “To make your studio great, firstly, you’ve got to know a few fundamental things. You’ve got to know what you want to hear out of the room. You have to be very comfortable working with the speakers that you choose, so that whatever you do is second nature. It’s like driving a car. You don’t think about how you’re going to turn left or brake, you just react. And as far as the studio goes, you don’t have to spend a million dollars on it, as long as it gives you a true sound that relates to positive feedback from all your clients”

Andrew has been a mastering engineer for 14 years. Working out of Studio 301, he has worked on projects for Matt Corby, 5 Seconds Of Summer and The Kite String Tangle.

Top Tip “The primary focus needs to be acoustics. That being said, the vibe in the room needs to be good if you’re working with artists. They don’t want to work in a disgusting looking room. There needs to be some sort of vibe there, to convince them to be in the room.”

Paula is an Australian audio engineer who has worked on tracks for Elton John, Marcella Detroit and Michael Hutchence. She engineered Elton John’s Can You Feel The Love Tonight.

Top Tip “Make it exactly how you want to make it. Don’t just base it on all the pictures that you see of everybody else’s studios who have it a certain way, because there’s a conformity to that. If you want to put the monitors on the ceiling and lie down and mix you should do that if that’s what makes you the most creative.” 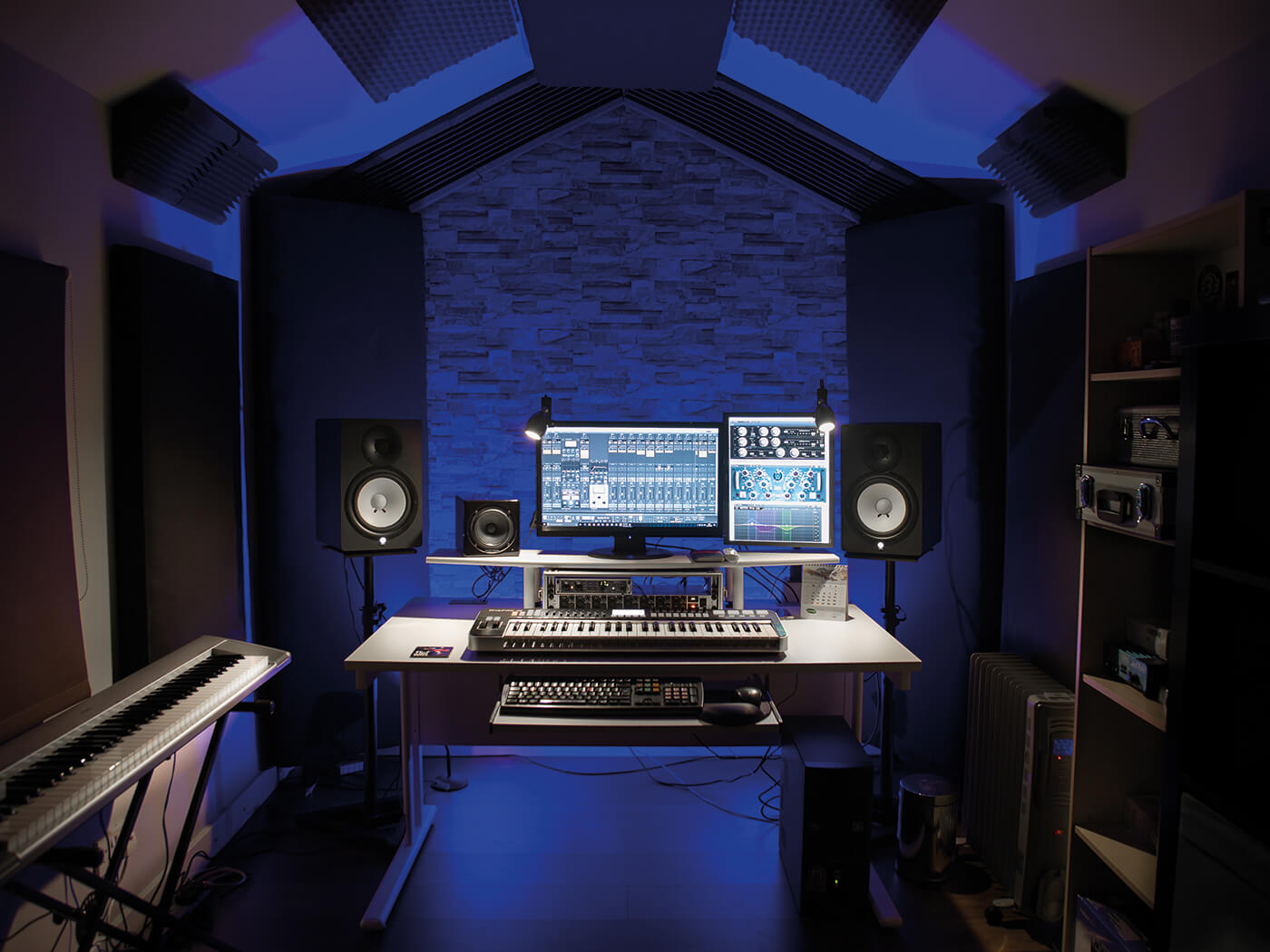 Cardiff based producer Mike is our cover star this month, he spoke to us about his studio, Studio 10, and the issues facing small professional studios.

Top Tip “Great speakers can sound awful in an untreated room, so my advice would be to get your room treated. I noticed a huge difference when I added my homemade bass traps and absorption panels.” 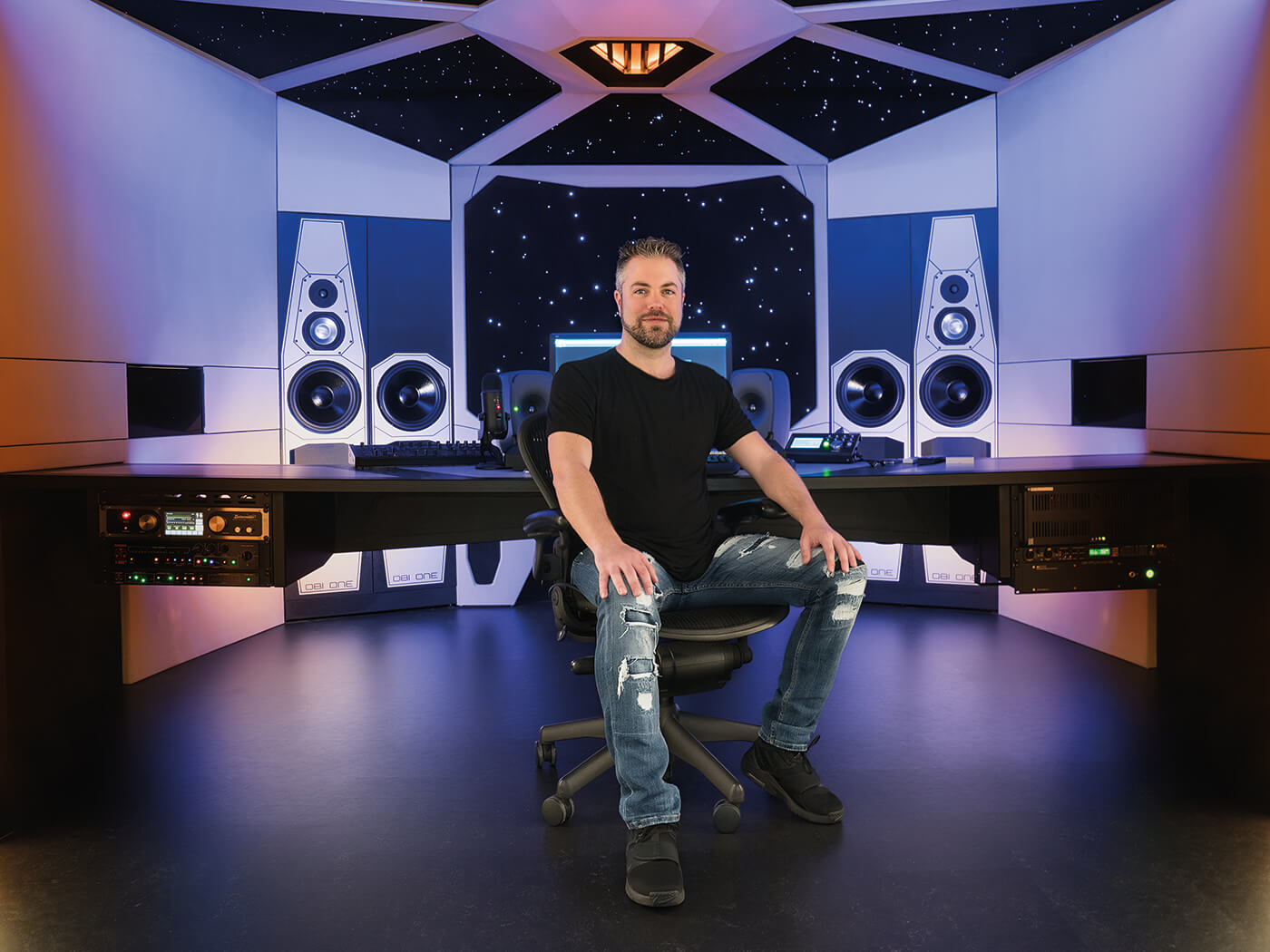 The famed Dutch dance producer is famous for ‘ghost’ producing numerous big hits. His studio is something to behold and doesn’t half make us envious. He explains why he uses this unique-looking space.

Top Tip “For me, a spaceship was the first thing that came to mind. I’m a big Star Wars fan and I would love to have my own Millennium Falcon. Mischa Jacobi drew a quick design, which went back and forth a couple of times until it was perfect. I asked him if it was possible to make a starlight ceiling without losing any of the acoustic values. This was a very challenging and time-consuming job for Mischa, but he really pulled it off.”

Read our full interview with Maarten here, and check out his tutorial here. 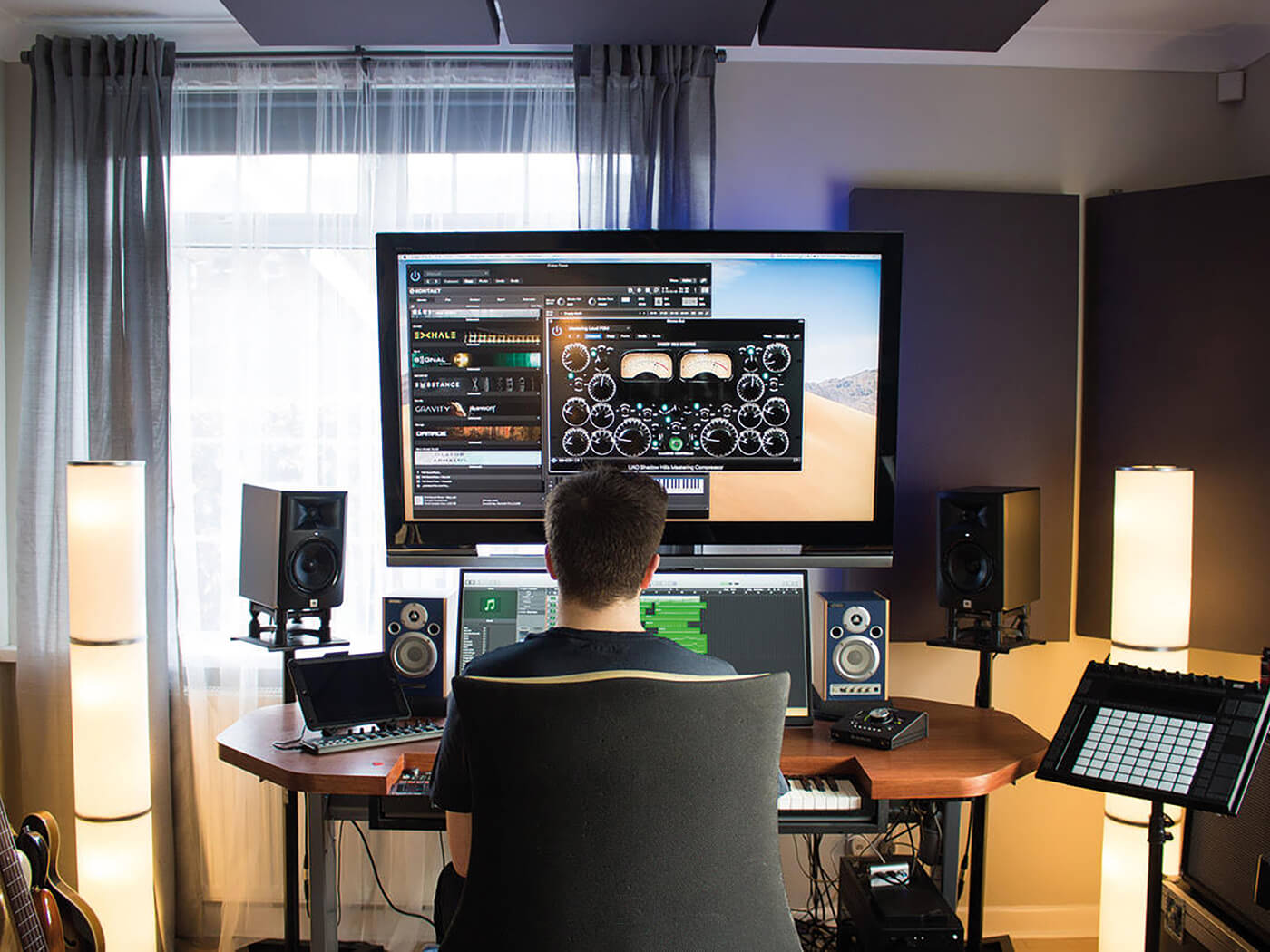 Based in the northernmost region of England, Brent March has carved out a cosy nook for recording, production and private tuition.

Top Tip “Don’t overlook the importance of good acoustic treatment. That’s something I have only taken seriously for the last six months. The best studio monitors don’t exist in theory – they’re speakers you know well, in a well-treated space. Reflections in all home studios can also cause all sorts of inherent problems, such as early reflections, standing waves, room modes. Make sure to invest time and research into good acoustic treatment.”

Nottingham’s Mount Street Studios opened its doors only a few months ago. We spoke to its owners, Charlie Kirby and Fred Bailing, about their pride and joy.

Top Tip “Be involved every step of the way. I learnt so much in the building process and was able to put my stamp on the place. But the most important thing I would say is making sure you use a top, top acoustician. We had a few problems starting out, but we finally found the right company with The Studio People. No regrets at all, and we are extremely happy with the final result.”

“Take the amount of money you started out with for room treatment… and double it! It will save you a headache later on.” – Bassi Olafsson

“Buy carefully and only buy high-quality equipment. Build an image of your studio in your head.” – Boban Velickovic Bliss

“No matter how frustrated you get with a lack of instruments and plug-ins, always keep in mind that it’s the ear not the gear!” – Martin Mayer

“Pay a lot of attention to room treatment and tame those bumps and nulls. The more you can trust what you’re hearing, the faster you’ll be able to mix.” – Barry Berk