10 essential tips that will help you finish your tracks

Completing a piece of music is often the hardest task to achieve in music production. When do you know you are finished? Is your song perfect? Follow these 10 tips and you might just achieve some closure on your music-making. 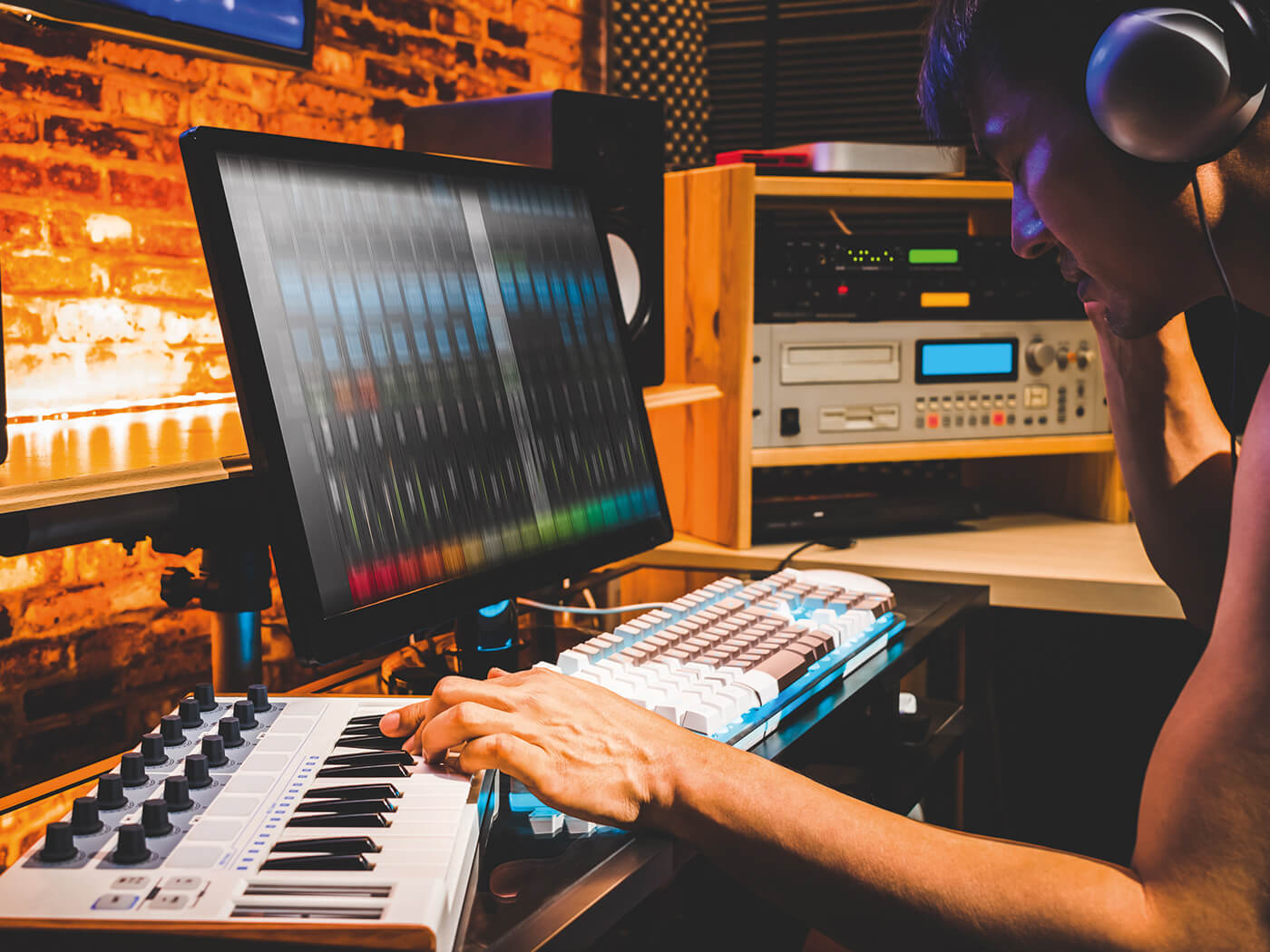 Right from the get-go, we’re going to tell you that you will never finish a piece of music. Okay, that sounds melodramatic at best, pessimistic at worst. But what we mean is: no matter how perfect your production, how superb your song, if you are anything like us, you will always find ways to improve it.

This is especially the case when you listen back to something years after making it. Production techniques move on, as does the technology behind it; the instruments, the beats… everything can be updated and improved. So the best way to start out in production is to realise that a track will never be finished and can always be updated. It’s a snapshot; a moment in time. Accept it as it is and move on to create the next memory.

In this world of perfection in DAWs, where every track, whatever the genre, has a similar top-notch sheen, you could do worse than look towards the Japanese aesthetic of wabi-sabi and the leanings of several artists who promote the idea of leaving obvious imperfections in a work of art. (And yes, we have spent far too much time on Wikipedia researching this.)

So, as in Tip 1, accept that you’ll never be finished, but take it one step further and promote that imperfection; that terrible brass sound, that slightly off-kilter beat or that badly mixed vocal. And if someone calls you out on them, look towards the horizon and whisper “wabi-sabi” while nodding your head philosophically. “I meant to do it,” you are projecting. Of course you did…

In many artforms, ‘overcooking’ is a terrible menace. Whether you are painting, producing music, writing articles on finishing pieces of music, there will always come a time when you approach the cliff edge of direness.

You spend so much time tweaking, twisting, and basically messing about trying to make whatever you are doing better, that you end up destroying it, ruining the very idea you had in the first place and ending up with a great big pile of sonic goo, the only destination of which should be towards the trash bin. So recognise that cliff edge; see that point of no return.

Simple one, this. Back in the days when computers were a bit rubbish, we would say: “Freeze your MIDI tracks to audio”; that is to say: turn your entire music project into stems of audio to take the strain away from your processor because it wouldn’t have to run so many virtual instruments.

With computers being a bit better these days, it’s not so crucial in the advice stakes – apart from the fact that this can actually help you approach the finishing line. With your tracks rendered as audio files, there’s less you can do to them, so there’s less ‘messing about’ (see last tip) – you’re forced further along the road that is the motorway to song conclusion.

Another simple one. You’d be amazed at how setting a self-imposed deadline on anything makes you actually ruddy well do it. Like, over Christmas, we had some friends coming around for drinks, and our house was basically… a tip. We knew the date when they were coming over, and that kick-started us into ‘action’ and, lo and behold, somehow, we made the house look ‘like a house’ about five minutes before they arrived.

Setting yourself up with deadlines can really help you actually get stuff done, including your music making, so do it! This is not just advice for Christmas, by the way; this is advice for life, so take it on board and act… 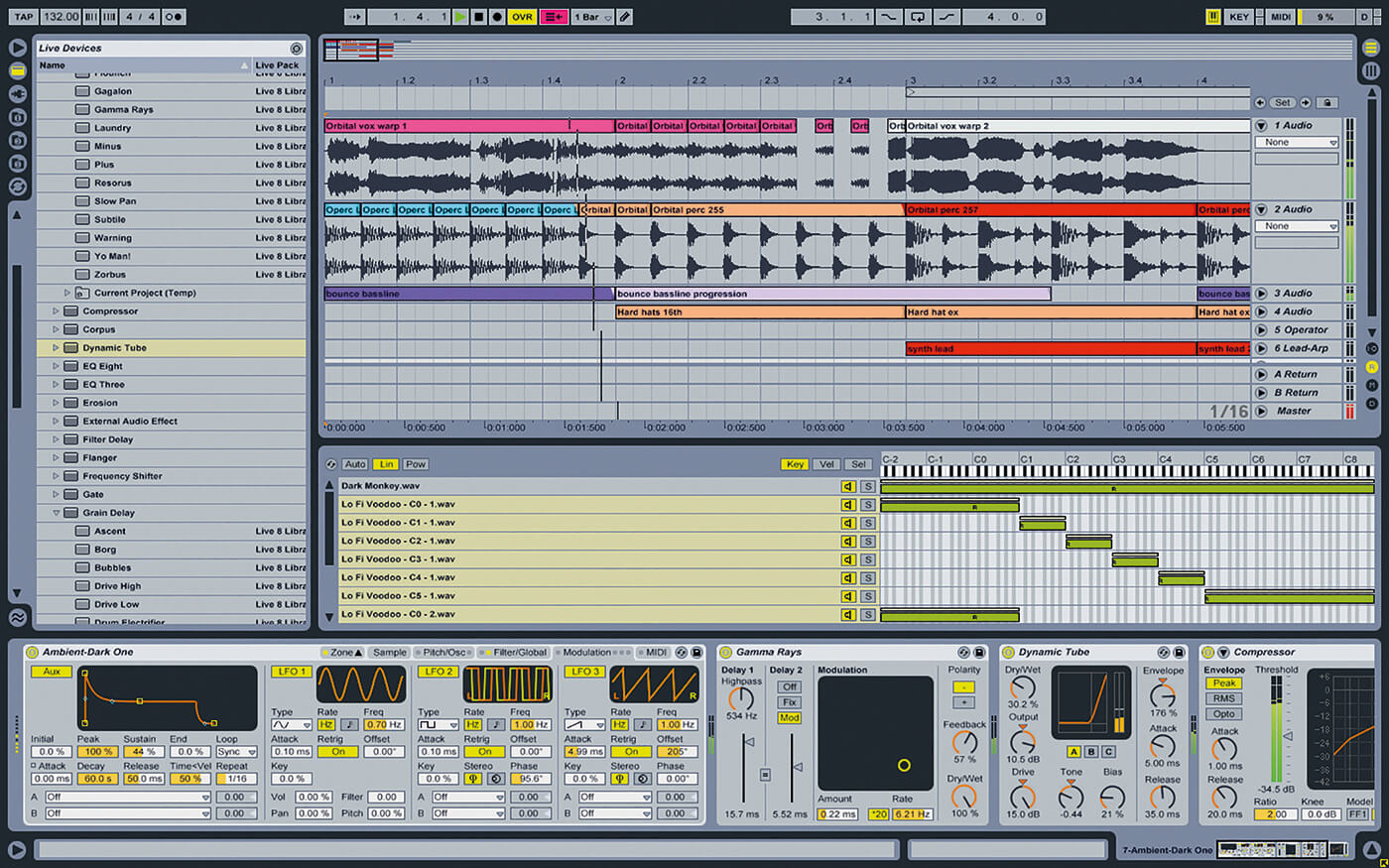 If you are anything like us, you’ll have used the many-hundreds-of-pounds’ worth of software technology available to you to, well, basically arrange a bunch of loops as your song ideas and cycle them around four, eight or 16 bars. And that’s it. Save and, one day, you’ll come back to it, right? But you never do, do you?

However, those loops are a song on your hard drive waiting to be finished and it’s easier than you think. Most DAWs now come with superb arrangement features that will turn those looped ideas into songs in no time, so arrange, arrange and arrange again – those pennies of loops will suddenly become pounds of songs.

Are you old enough to remember cassettes? Okay, CDs? These were actual things that you could hold that, somehow or other – we forget the details – actually held music on them. You’d put them into some piece of electronics or other and music would actually play. But the point is, actually burning, ripping, or ‘recording’ your music onto a physical medium meant it was (kind of) finished.

Do this now, rather than having an endlessly streamable, digital file that can be constantly tweaked up in some ruddy cloud somewhere, and you’ll have what is – psychologically, anyway – a finished track, simply because it’s on something that isn’t your computer. It works. (Although please don’t use cassettes, unless you live in Shoreditch.)

8. Play it to someone 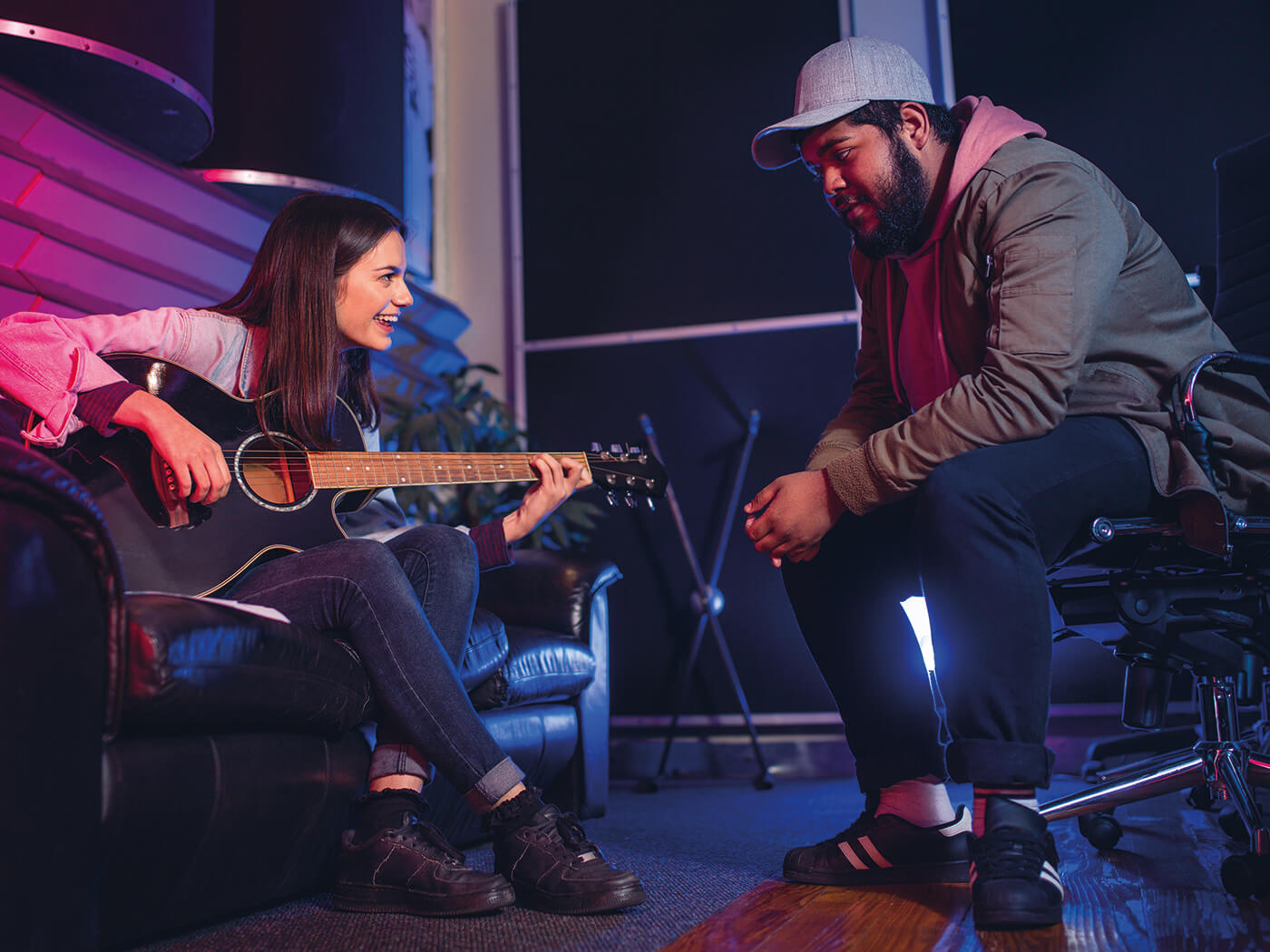 One of the hardest things to do when it comes to music production is actually playing what you’ve done to someone else. Unless you have the confidence of some kind of monster, playing your personal ideas out loud can be traumatic.

But if you do it, and that person actually likes it – and by that, we mean they’re not saying in a patronising way: “Ooh, that’s good young Jimmy, now why don’t you go back into your recording studio to do some more?” in that kind of “don’t bother me with this crap ever again” kind of way – then your song has been judged positively by another human being, so could be said as being ‘finished’. That’s possibly the longest sentence we’ve ever written, by the way… 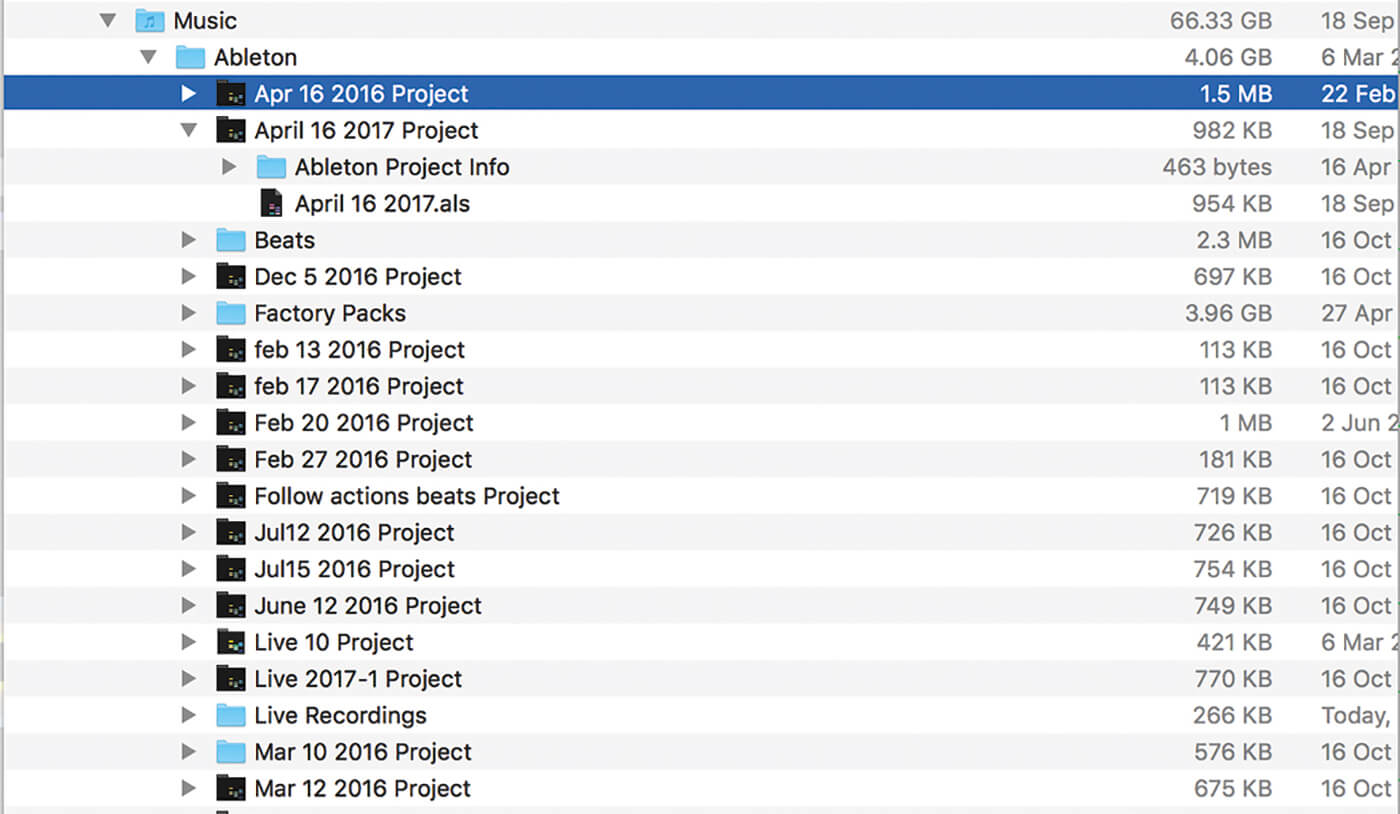 Try this: go back to all of those songs on your hard drive from 1998 and start deleting them. You’ll be amazed that removing options for your timewasting actually makes you focus on the one (brilliant) song you are working on in the here and now. And suddenly, you may even find it’s done. 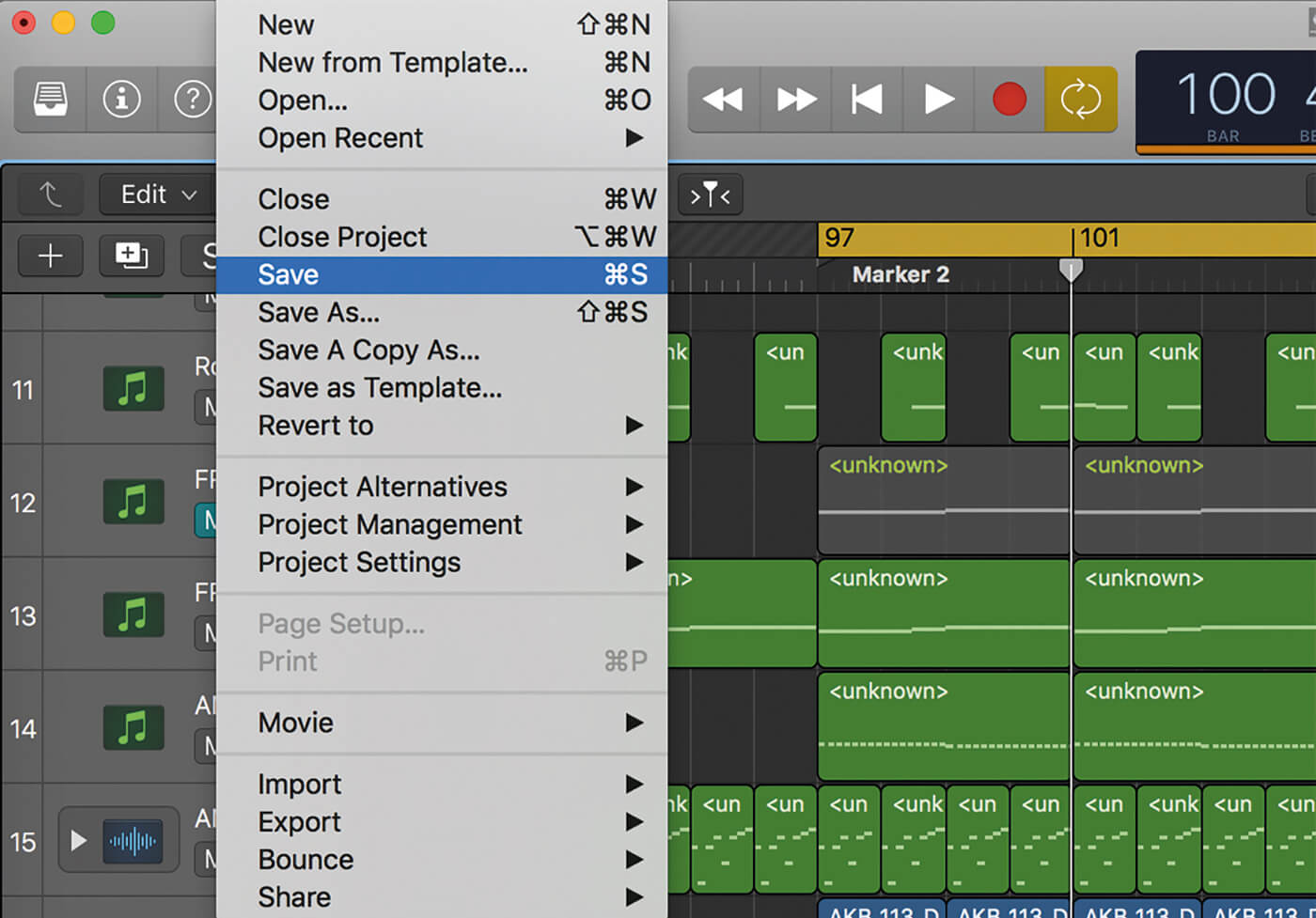 Break all the above down into a rigid routine and you have the following: select all, copy, repeat x32, paste, delete some bits, bounce, burn, listen. Take the advice from the Darth Vader of the Green Cross Code advert in the 1970s, who was apparently blissfully unaware he was talking to music producers from the future: just ‘stop, look and listen’. Do this and your album will be done in no time…