Getting A Vintage Sound – An Evolution In Style

We’re very deep into vintage sound history now and now we look at Memphis’ Stax Recording Studio and the sound of soul, the pioneering maverick that was Joe Meek and the evolution of The Beatles’ sound with the arrival of the TG12345… Moving to Memphis Just as Tamla Motown had its own distinctive pop-soul sound, […]

We’re very deep into vintage sound history now and now we look at Memphis’ Stax Recording Studio and the sound of soul, the pioneering maverick that was Joe Meek and the evolution of The Beatles’ sound with the arrival of the TG12345… 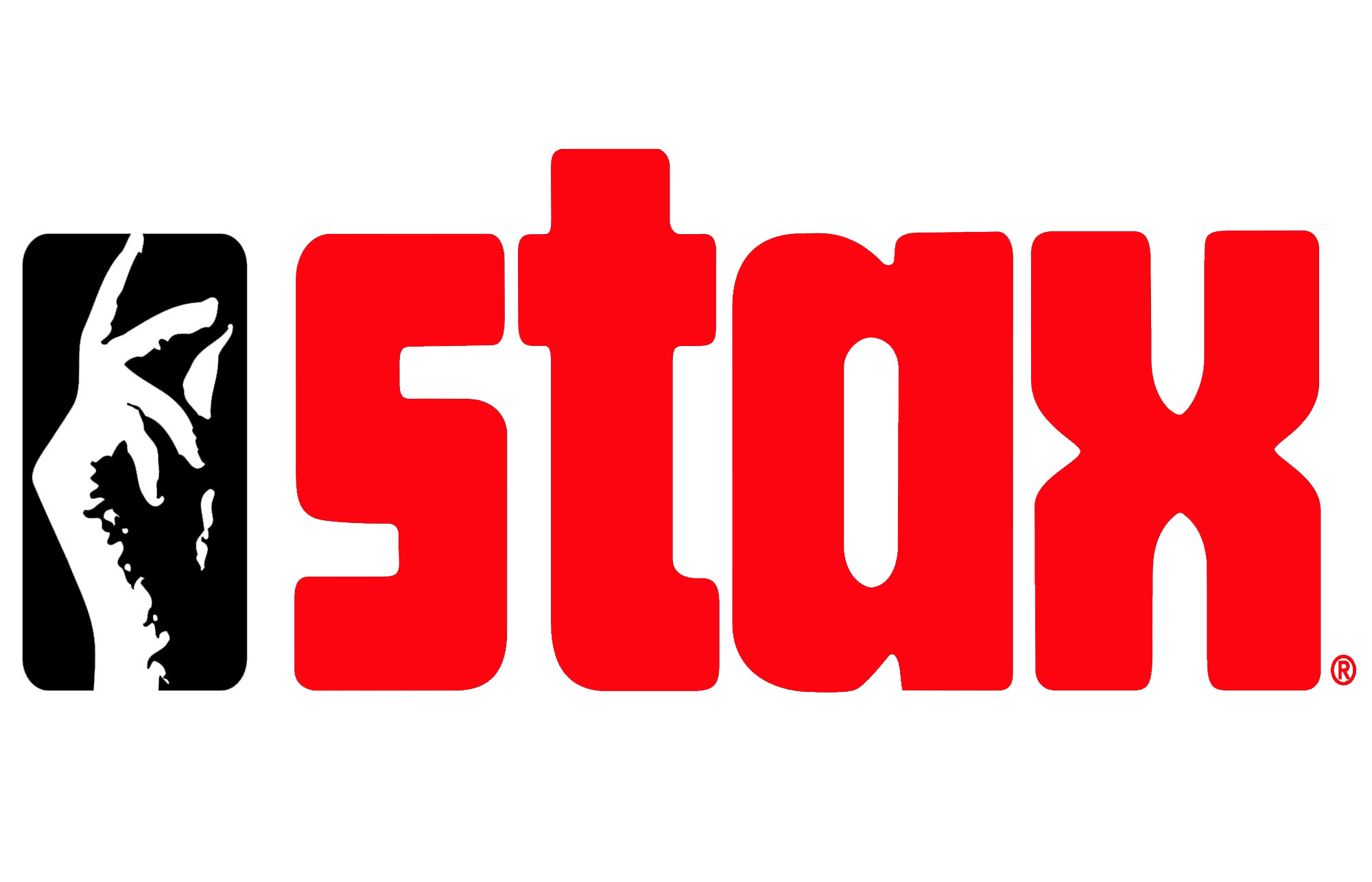 Just as Tamla Motown had its own distinctive pop-soul sound, Stax Recording Studio, based at 926 E. McLemore Avenue, Memphis, was the home of Otis Redding, Aretha Franklin, Isaac Hayes and many more great soul singers, often backed by The Bar-Keys or Booker T And The MG’s of Green Onions fame.

The studio’s unique acoustics produced a deeper, dry-yet-raw sound in comparison with Motown. Up until the studio invested in a two-track stereo tape machine in 1965 – because stereo records were more expensive and therefore brought in more income for the Stax record company – all Stax recordings were mono.

Played and sung live, with no overdubs onto an Ampex recorder, the engineers recorded ‘hot’, getting a good signal-to-noise ratio by over-recording into the red, saturating the tape. The musical harmonic distortion this method generated is a huge part of the Stax sound’s appeal.

Modern hardware manufacturers and software designers recognise that digital recorders cannot produce this musically pleasing effect – and anyone who has over-recorded onto digital will know that digital clipping is most unpleasant.

So, nowadays, many preamplifiers, channel strips and summing mixers incorporate some sort of saturation effect, or else a means of adding the subtle harmonic distortions that magnetic tape creates. Looptrotter’s Satur-8 is, as the name suggests, an eight-channel summing mixer with a saturation level control for each channel.

It sounds remarkably tube-like for a solid-state device and delivers authentic-sounding harmonic distortion that can add grit, edge and bite to clean digital stems. For the real valve deal, however, try Thermionic Culture’s Little Red Bustard (or the Fat Bustard if you’re feeling flush), which provides 16 input channels along with controls for both Air and Attitude.

The Attitude control superbly dials in the unmistakable sound of thermionic distortion – however, this can only be used on the main output, not individual channels.

This method of generating ‘hot’ sounds is not only useful for mimicking the soulful sound of the 60s, but also the dirty blues sound made famous by, among others, Chess Studios in Chicago. Hugely influential recordings by blues and R&B legends Muddy Waters, Bo Diddley, Howlin’ Wolf and Chuck Berry came out of Chess, inspiring The Rolling Stones to record there on several occasions, producing two chart-toppers in 1964 with It’s All Over Now and Little Red Rooster.

They even immortalised the studio with their homage, 2120 South Michigan Avenue, a blues-rock instrumental named after the studio’s location. The raw, exciting sounds these American studios produced in the early 1960s were highly coveted by the younger engineers in established British studios such as EMI, Decca and Pye.

These junior engineers were often frustrated by the companies’ unwillingness to experiment, having to adhere to strict rules regarding recording techniques and avoiding distortion at all costs.

A large number of classic pop records from the 50s, 60s and early 70s were notable for their guitar sounds. When trying to achieve a vintage guitar tone, the important thing is not so much what to use, as what not to use. 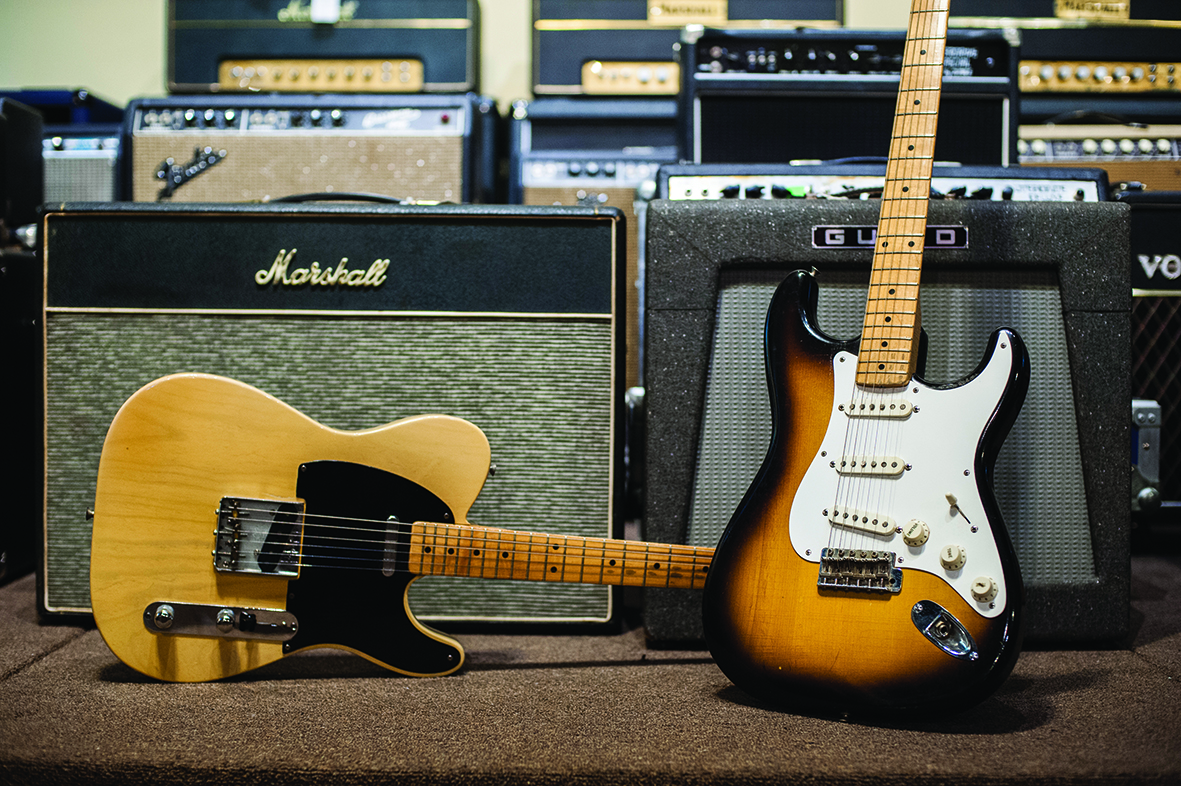 Before it became fashionable for guitarists to use vast pedalboards packed with effects, most sounds were the simple combination of guitar and amp, until fuzzboxes and wah-wah pedals appeared in the mid-to-late 1960s. Almost all of the classic Fender, Gibson, Rickenbacker and Gretsch guitars are still available, as are Marshall, Vox and Fender amps.

One man in Britain who followed no rules in the early 60s was Joe Meek, the maverick pioneer who NME named as the Greatest Record Producer Of All Time. Like Phil Spector (see Wall Of Sound), Meek was a visionary who answered to no one and produced recordings in his own individual style.

His studio and control room were two converted bedrooms in his North London flat; he was the original bedroom producer. Unlike Spector, who relied on recording engineers to realise his vision, Meek controlled every aspect of his recordings, disregarding the outdated practices of the established British studios.

He embraced distortion, used compression – or over-compression – as an effect, and created ethereal, echo-saturated hits with home-built spring reverbs and the sound of his bathroom as an echo chamber. Introducing close-mic’ing techniques to the UK, he was the first engineer to remove the front head of a bass drum and deaden the sound with blankets, first to direct-inject electric bass guitar and utilised reverse recording and phasing several years before The Beatles’ recording team, who often take the credit.

Joe Meek’s lesson to the world of sound recording was far-reaching, showing that anyone with a good ear, some technical knowledge and plenty of imagination could create their own bespoke sound. In the wake of Meek’s early 60s success, recording pop music in Britain became more experimental and inventive, paving the way for The Beatles and all who followed.

At the time of Joe Meek’s tragic death in February 1967, the world of sound recording was rapidly changing. Many of the top pop studios were replacing their valve mixing consoles and outboard processors with new, transistorised models. The thermionic versus solid-state debate still rages strong today.

Tape echo was used extensively throughout the rock ’n’ roll era – however, during the 1960s, new sounds began to emerge. The technical engineers at EMI’s Abbey Road Studios invented an effect known as Artificial Double Tracking (ADT) in time for the Beatles’ Revolver sessions. 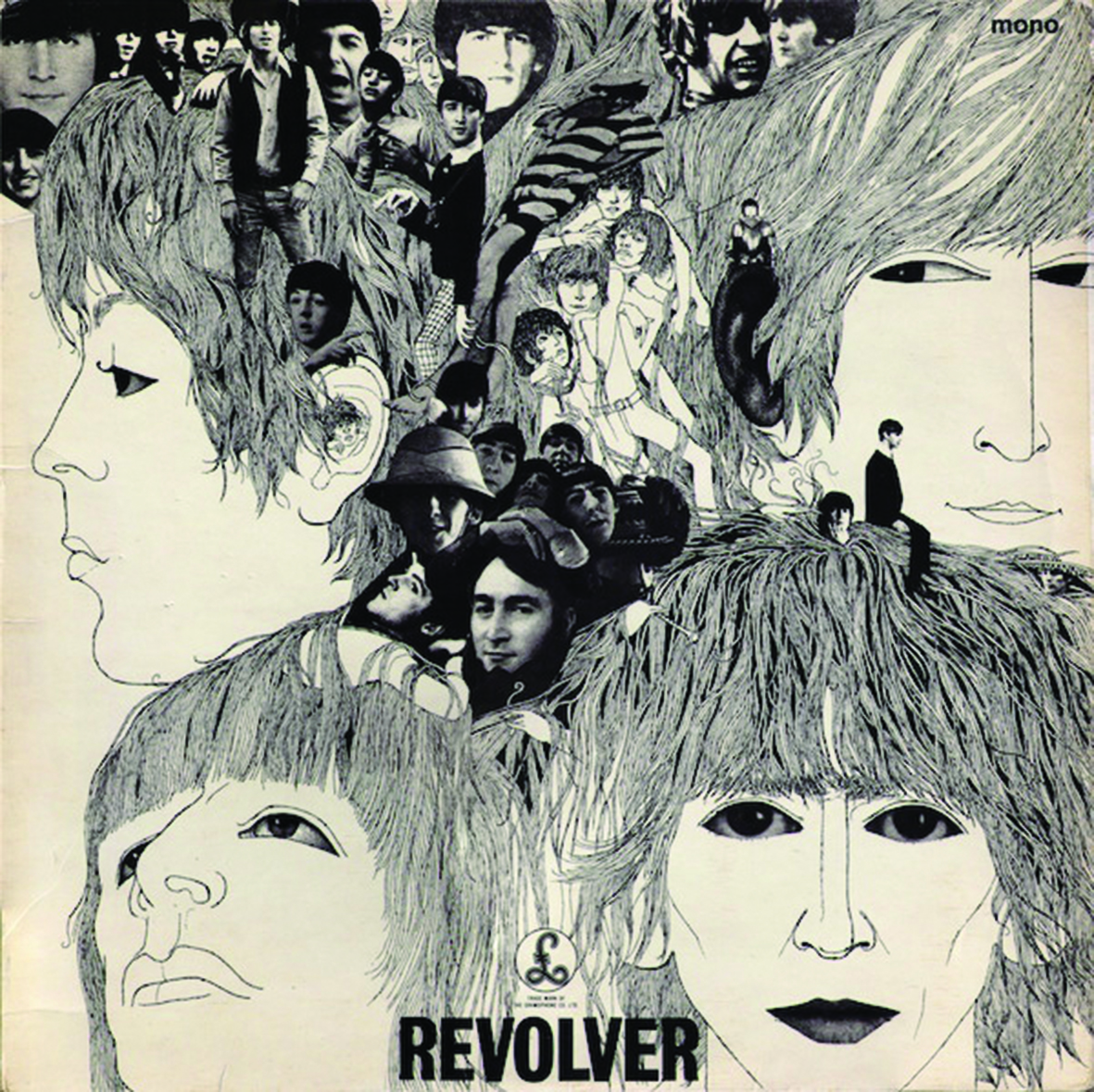 Using two tape machines to produce a delay time of around 40 milliseconds, they were able to create an effect that sounded less like a distinct echo and more like a doubling of sound. Digital recreations of ADT rarely sound convincing; however, great results can be achieved by recording your original signal onto tape – cassette tape will do – and moving the signal within your DAW to produce the desired effect.

Phasing and flanging rely on even shorter delay times, between one and five milliseconds, creating a swirling effect that instantly recalls the psychedelic sounds of the late 1960s. Check out Itchycoo Park by The Small Faces for the best psychedelic phasing of all

Back to The Beatles

As mentioned earlier, EMI’s Abbey Road Studios maintained their valve REDD.51 console up until 1968, by which time most of the other professional studios in the UK had switched to solid-state designs. When the transistorised TG12345 was installed, most of the engineers embraced it enthusiastically. Technical engineer Brian Gibson recalls that the recording personnel were impressed with how clean it sounded, possessing a smoother sound than the old valve console, with added top-end sparkle. To hear the difference between the two desks, listen to The Beatles’ eponymous 1968 LP (known as ‘The White Album’), recorded on the REDD.51 and compare it with the following year’s Abbey Road album, recorded on the TG12345.

Beatles engineer Geoff Emerick wasn’t a fan of the new desk at first, missing the musical harmonic distortion that played such a key role in the band’s sound. However, by the mid 1970s, the TG had made its mark, contributing to the progressive sound of Pink Floyd on legendary albums such as The Dark Side Of The Moon and Wish You Were Here.

This classic sound is available today from Chandler Limited, with a range of units based around the TG series of consoles. Its Microphone Cassette perfectly recreates the TG’s trademark smooth, glossy pre-amp sound, as well as providing sweet-sounding EQ and a fiercely powerful opto limiter/compressor.

In our final instalment in the series we look back at Rupert Neve and his iconic work with solid-state consoles as well as the musical implications upon the arrival of the Mellotron.