The Final Mixdown – Prepare Your Mix For Mastering

How to prepare your mix for mastering: what you should and shouldn’t do, with real world examples for you to hear, compare and contrast. Mike Hillier explains all… For this feature we’re going to be using the session for Anchor by HART – Download it for Pro Tools here The track was composed by HART(www.facebook.com/hart.musica), […] 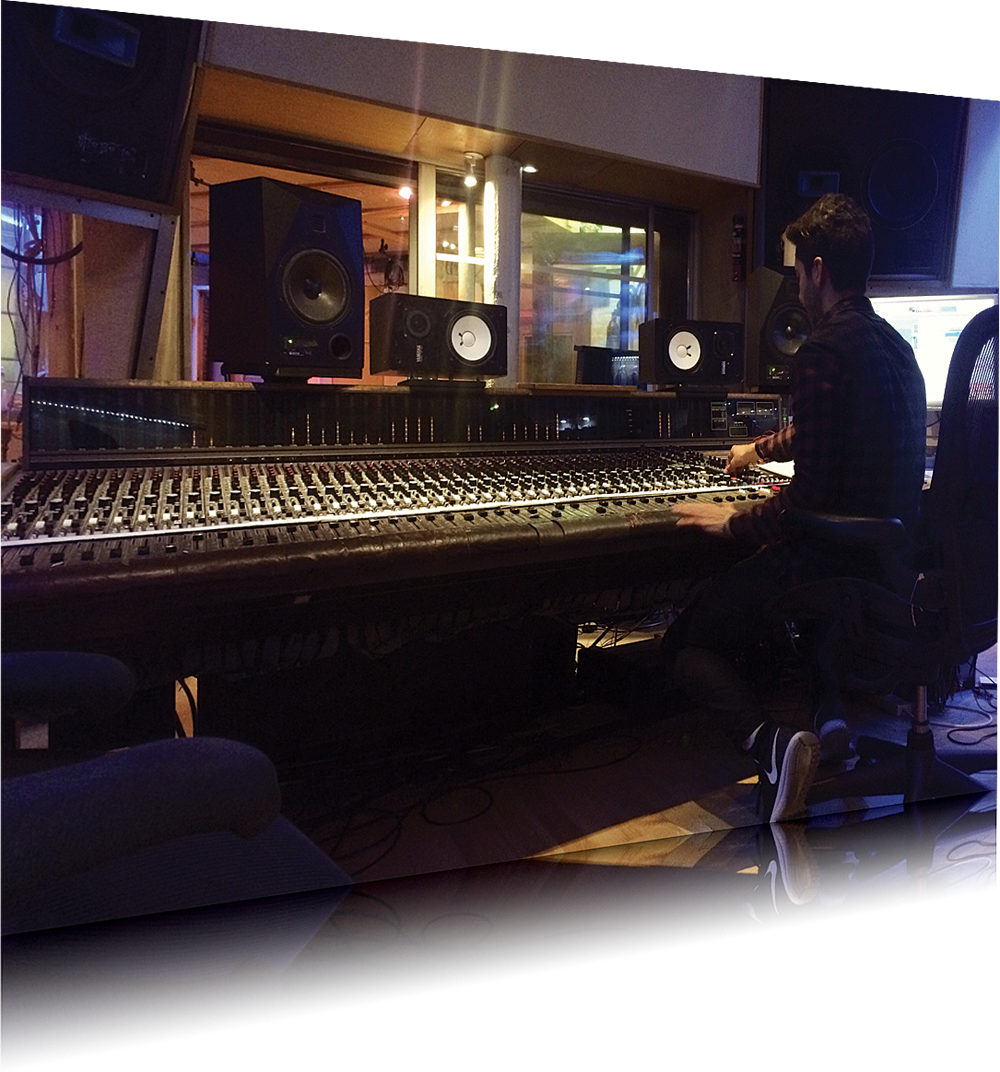 How to prepare your mix for mastering: what you should and shouldn’t do, with real world examples for you to hear, compare and contrast. Mike Hillier explains all… 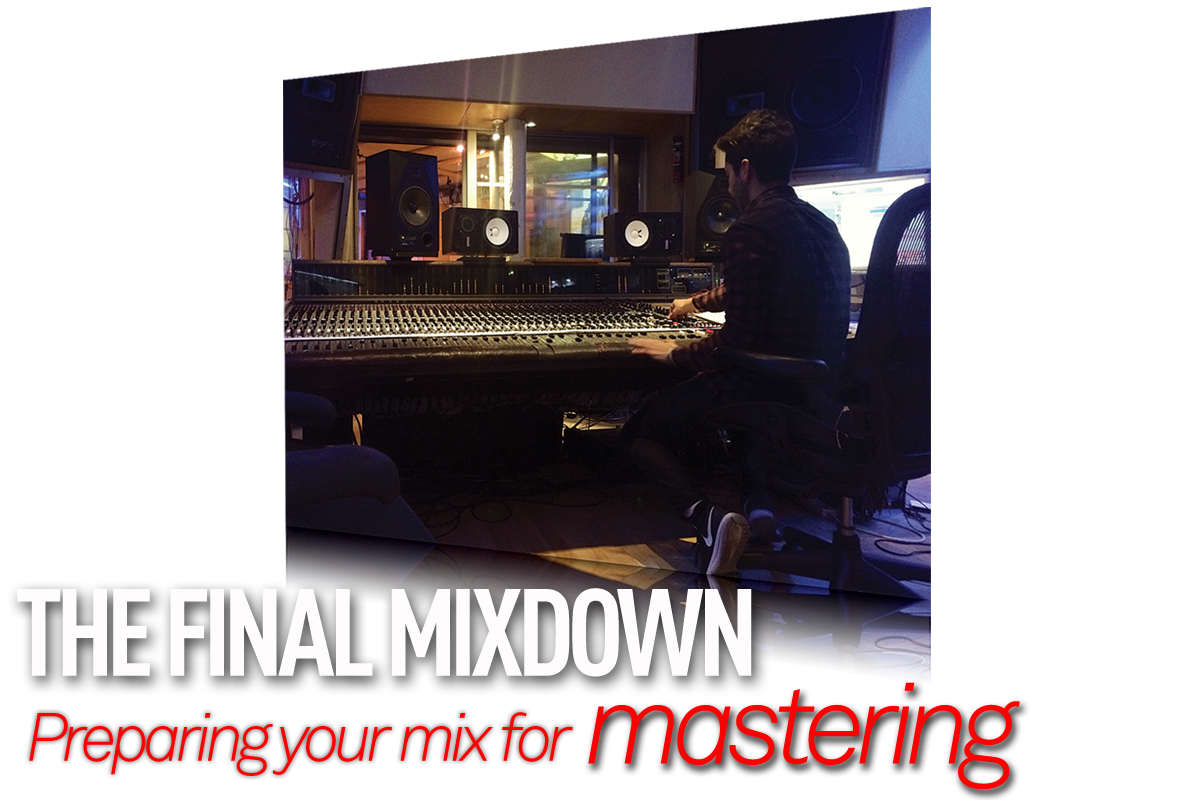 The track was composed by HART(www.facebook.com/hart.musica), with additional string arrangements by Nico Muhly. The track was recorded and produced by Ben Walker (www.bensroom.co.uk), with additional recordings by Mario Leal and George Murphy, and mixed by Mario Leal (www.mario-leal.com), who also kindly supplied the stems attached and his mix-buss settings, which we have recreated.

When mixing, we’re often told to reference our mixes to professional tracks to try and get the balance right. But these tracks have all been through the hands of a mastering engineer, who will have added EQ, compression, limiting, harmonic saturation, mid-side processing and sometimes even reverb to the mix to generate the track you’re referencing to.

With this in mind, is it fair to reference our mixes against these? If so, what should we be trying to match in these references and what should we leave to the mastering engineer?

In this feature we’re going to look at the process of preparing your mix for mastering. We’ll look closely at the mix buss, what should and should not be on it when bouncing your final mix, what different versions you should bounce and also at referencing professional mixes against your own to ensure you’re in the ballpark before you send your mix to mastering.

Many inexperienced mix engineers ignore the mix-buss, preferring to leave any stereo buss processing to the mastering engineer, while plenty of others overcook the mix-buss, adding too much processing, particularly compression.

Of the two, overcooking the mix-buss is the more problematic, so it’s easy to see why nervous engineers might choose to ignore the mix-buss completely. Once the mix has been over-compressed the mastering engineer will struggle to bring any sense of punch to the track, and any processing that’s added will be fighting against the work already done to the track instead of working with the mix.

For this reason many mastering engineers when asked will request that the mix is given to them with no mix-buss processing whatsoever. However, ignoring the mix-buss altogether, and leaving it to the mastering engineer to apply all the stereo processing can also have a negative impact on the mix.

Compression alone can have a huge impact on how a mix holds together, bringing certain instruments to the foreground, while pushing others back. So if you leave this up to the mastering engineer you’re essentially leaving an important creative part of the mix to someone else. 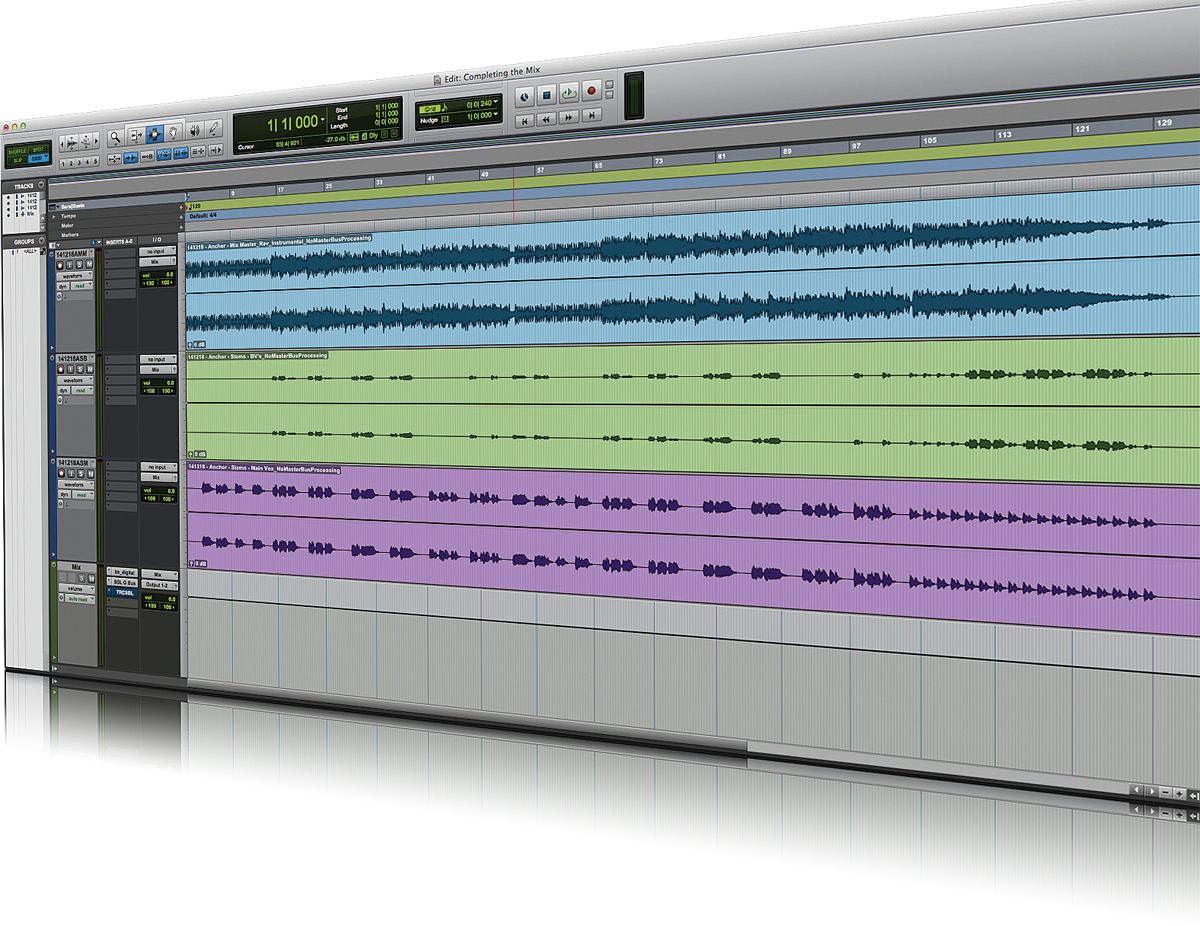 To highlight this we’ve got a Pro Tools session for you to download. This Pro Tools session has the basic stems for Anchor by HART with buss processing applied using the Brainworx bx_digital V2 mid-side EQ, the UAD SSL G-buss compressor and a T-RackS limiter in bypass. If you have Pro Tools and these plug-ins, experiment with listening to the mix with and without each of the processes.

If you don’t have Pro Tools or these plug-ins we’ve also included bounces in the Bounced Files project sub-folder. The four bounces are: the mix as it was intended with the EQ and compressor in place, but no limiting; the raw mix with no buss processing; a mix with only the EQ, but no compression; and finally, a limited version of the fully processed mix.

As you listen, compare each stage. The EQ (Brainworx bx_digital V2) alone brings a focus to the bottom end, while simultaneously providing width in the top-end. However, the vocal sits slightly above the music bed, automation moves sound exaggerated, and the top-end is a little brittle.

Whereas the finished mix, which adds the (SSL G-Buss) compressor to the EQ, calms all of these issues, with only the slightest amount of compression actually taking place. The high-end is toned down as a result of simply passing through the compressor – this is common for compressors, particularly analogue modelling compressors, and is one reason why engineers will frequently boost the top-end slightly before a compressor.

The limited version brings the level up, closer to that of a commercial mix, and gives you a good idea of the problems that the mastering engineer is going to face as the level is boosted. You should also note how the dynamics are starting to feel a little squashed as the limiter takes hold, and if you turn the limited version down to match the level of the compressed mix it loses a little of the punch.

As you should be able to hear, the compression and EQ together complete the mix, turning what was close into something that the engineer is happy to send to mastering. The limited version is there to give you some ideas of what the track sounds like at commercial levels, and as a reference for the artist, but is not meant to be used as part of the final mix sent to mastering.

The mix window for Anchor

Dynamics processors are important to add on to your mix early on, as they’ll change the balance not only of the dynamics, but will also change the frequency balance in response to the dynamics of the song. This should in turn change the way you mix.

Similarly any fader rides will be pushing into the compressor, so lifting the vocal by 4dB with a 4:1 compressor in place will result in only a 3dB lift in the vocal, but also a reduction in the level of the instrumental around the vocal. While this can be tricky to get your head around initially, once mastered this is an incredibly powerful tool.