The A-Z Of Music-Making: The D’s – From DAWs To Dynamic Range

In our biggest roundup yet in this series, we’re looking at the essential D’s of music making including, but not limited to: DAWs, delay or dynamic range… (Click titles for the best of each definition) 1. DAW Digital Audio Workstation. A software- or sometimes hardware-based system used to record, edit, mix and playback digital audio. […] 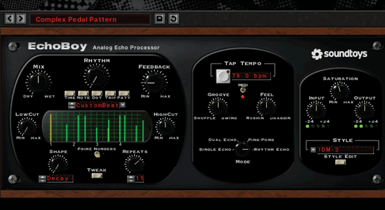 In our biggest roundup yet in this series, we’re looking at the essential D’s of music making including, but not limited to: DAWs, delay or dynamic range… 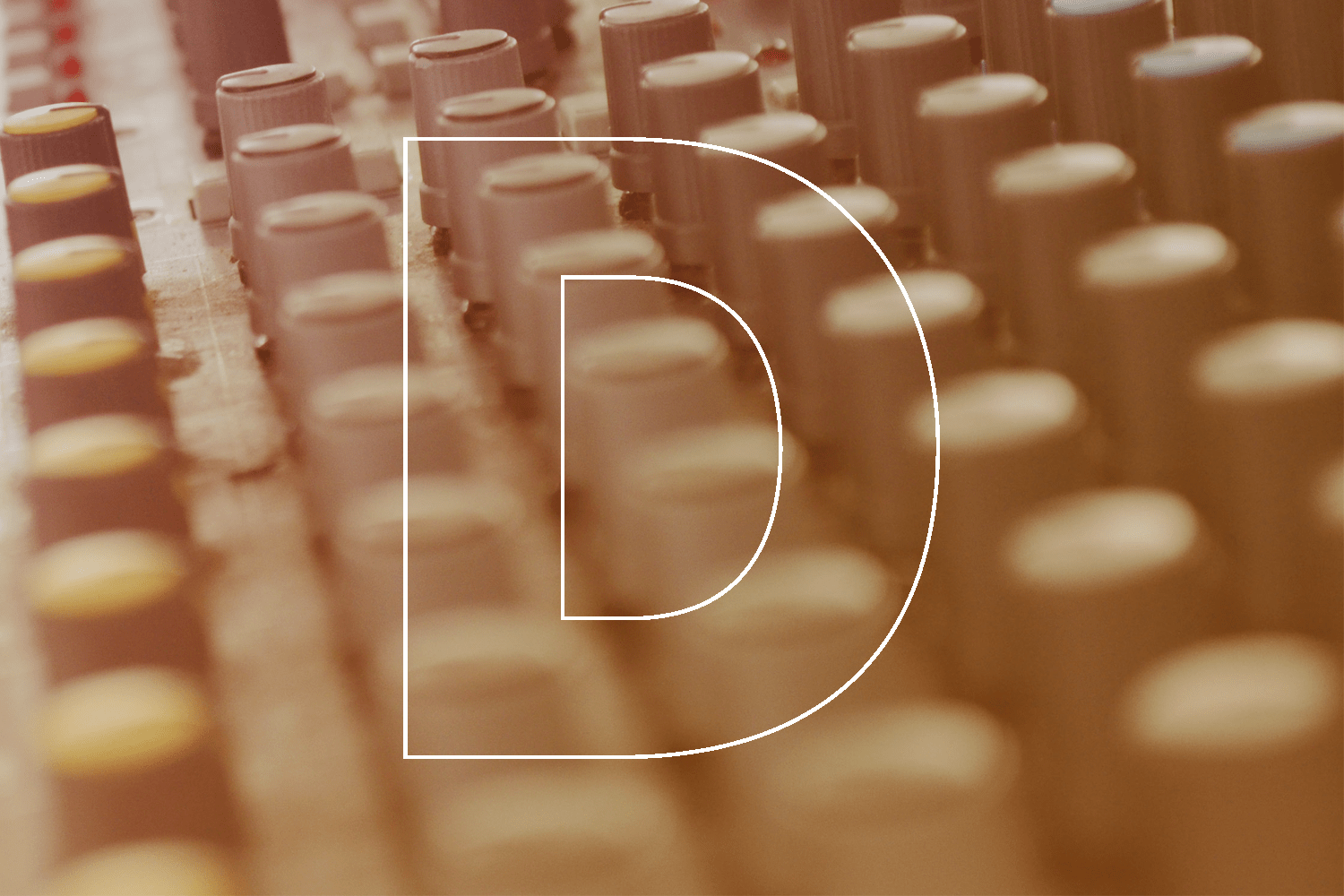 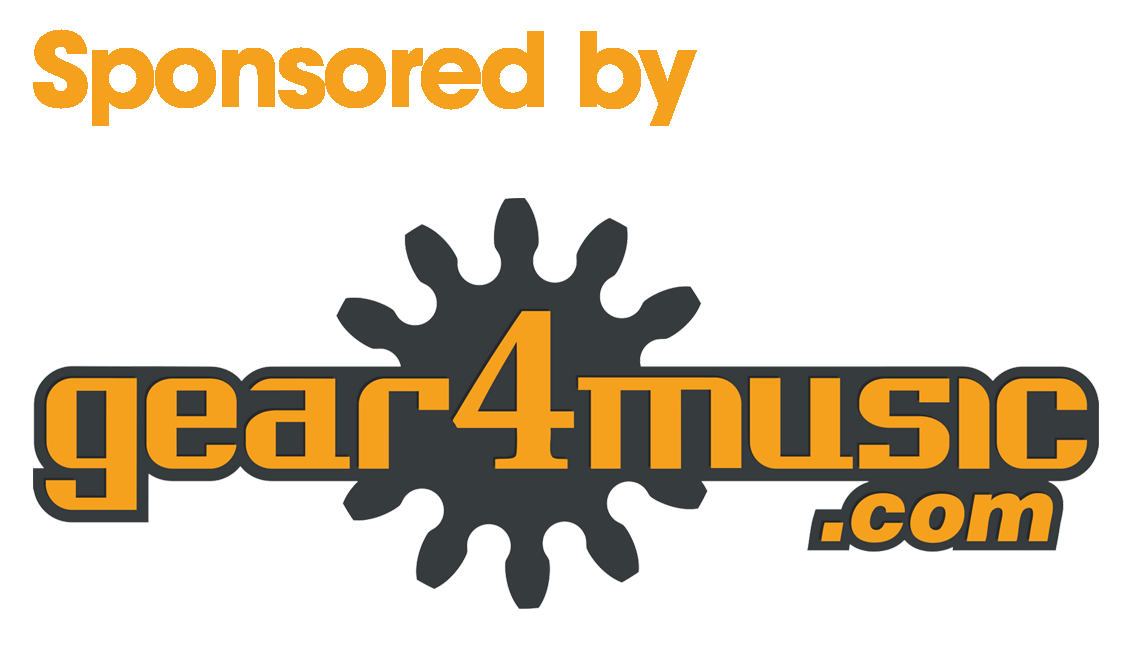 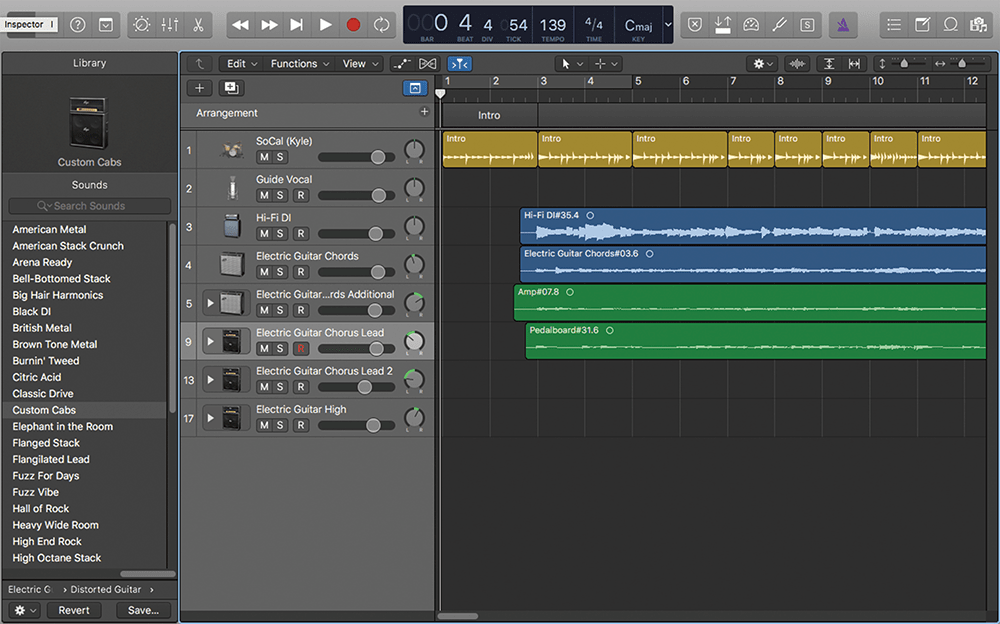 The unit for measurement of loudness. In a DAW, 0dB is maximum level and negative values are quieter. Decibels are logarithmic in nature, so every 3dB extra or less is a doubling or halving of amplitude. For example, a 9dB increase will be (2 x 2 x 2=8) times louder. 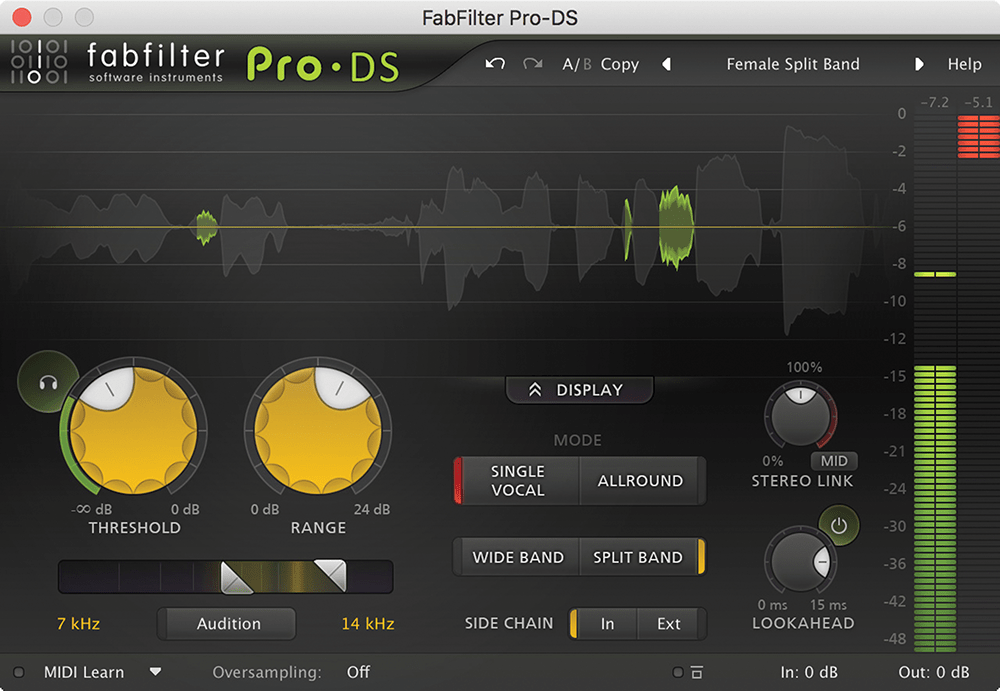 De-essing is the gain reduction of sibilance, most commonly used on vocals. Some singers produce strong sibilant noises, such as ‘sh’, ‘ch’, ’t’ and ’s’. If a piece of audio has
had the treble increased, these sounds can become dominating and hurt your precious ears.

De-essing applies selective compression to the bandwidth of the sibilance, typically around and above 4000Hz. Too much de-essing makes the singer sound as though they are singing into a pillow. A handy tip is to have the level of the vocal sibilance just above the level of your hi-hats for a balanced mix.

Multi-tap creates separate, definable echoes which sound like early reflections on a reverb. Simple digital reverb is made up of delays feeding into more delays. For lush delays, including tape-based dub effects, try SoundToys’ EchoBoy plug-in. 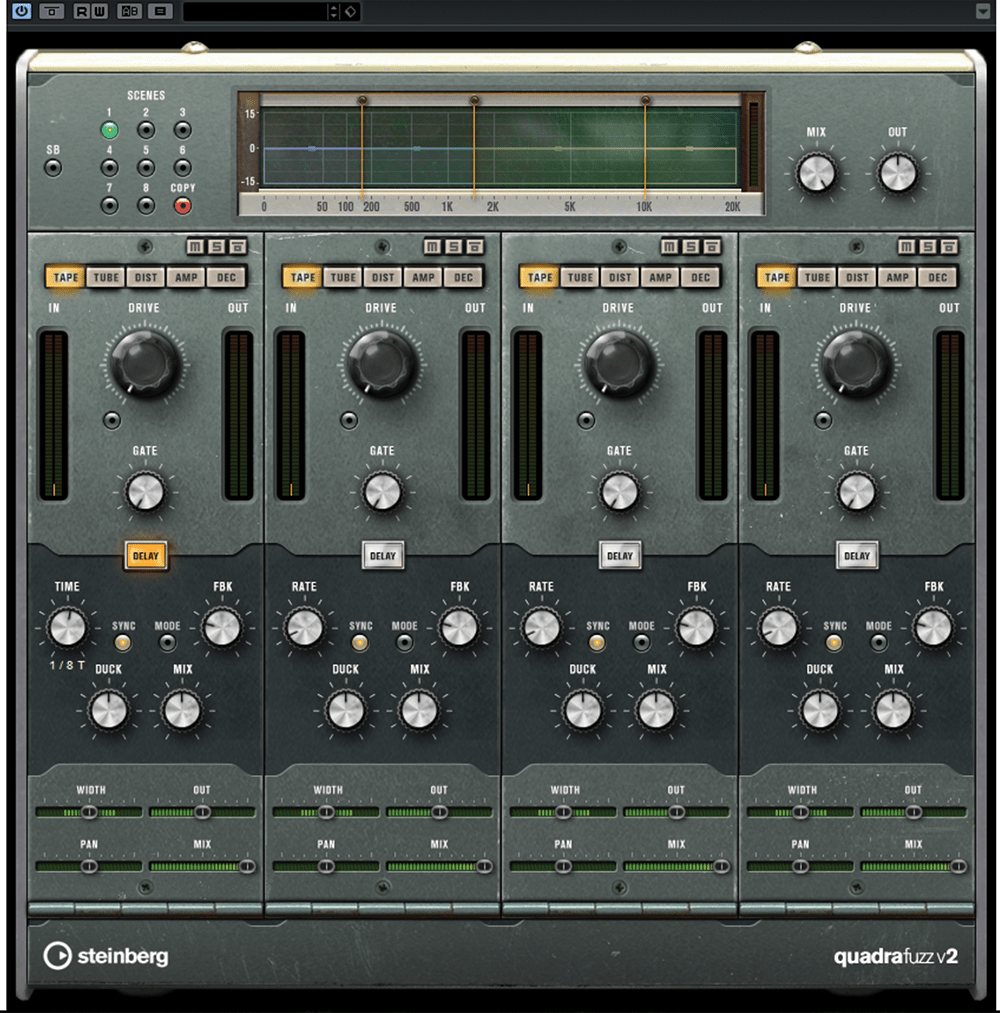 When a component is unable to cope with the maximum amplitude, the waveform is changed, resulting in distortion. Distortion is a useful audio effect, however, and can be created using a variety of means: by running a high signal through a valve amplifier, recording a hot signal to tape or even driving speakers too hard.

Harmonics are added to this signal that can give a sound a velvet warmth and help it cut through a mix. With monitor speakers, it’s important to have almost no distortion to be able to hear your music accurately. DAWs have a variety of distortion-based effects built in: for example, Cubase’s Quadrafuzz V2 is useful for selective high-end distortion that will help sounds shine through the mix. 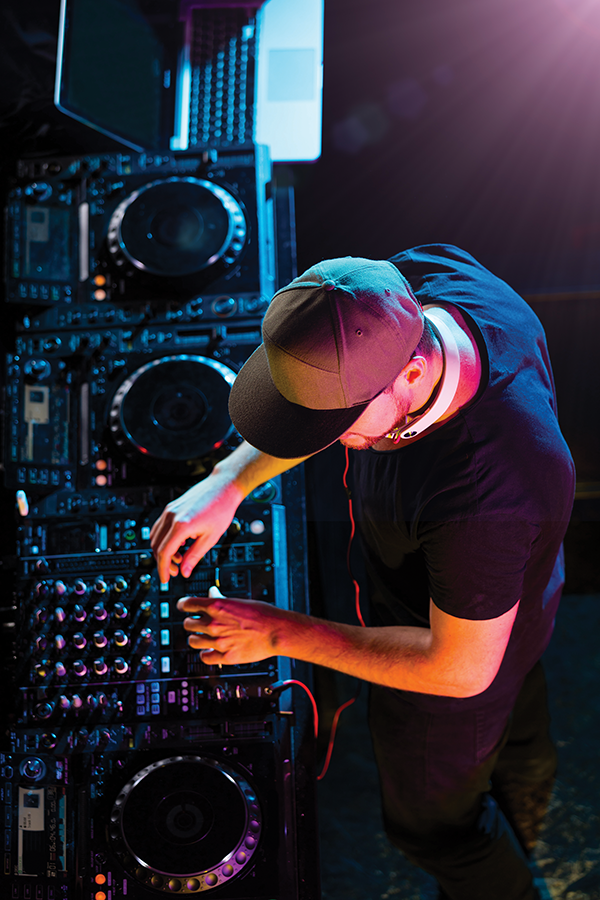 DJs and music producers make great collaborators. DJs know their sounds and have developed an ear for what works on the dancefloor. Find yourself a DJ, create beats they’d be proud to play out and watch a dancefloor go crazy. Instant gratification, free drinks and no queues to get in! 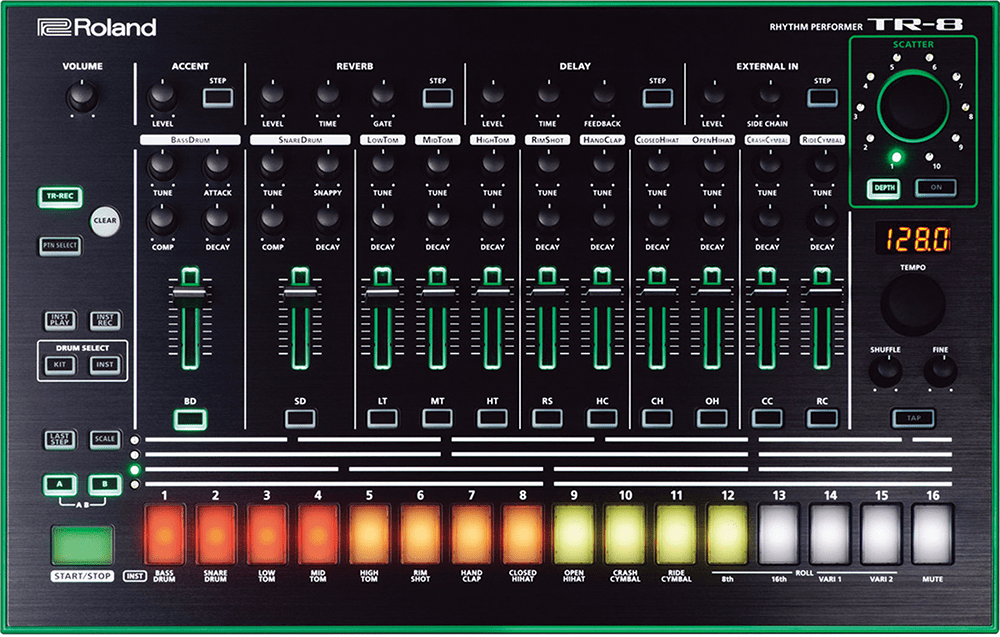 Making beats is fun. The main components of a drum kit are: Kick, Snare/Clap, Hats, Crash, Percussion. Some of the original electronic drum machines are now legendary. The Roland TR-808 and TR-909 were the pioneering sounds of hip-hop and trap beats. If you want good drum loops, try an extensive sample-library repository, such as www.loopmasters.com.