The 10 Synths That Made Synth Pop (And 2 Samplers)

Synth Pop dominated the 80s, becoming as synonymous with the era as disco was with the 70s. With the synth-revival still in full swing we take a look at the 10 synths that made synth pop, plus two classic samplers… ARP Odyssey Like the Prophet 5, the Odyssey came in three revisions, increasing in reliability […]

Synth Pop dominated the 80s, becoming as synonymous with the era as disco was with the 70s. With the synth-revival still in full swing we take a look at the 10 synths that made synth pop, plus two classic samplers…

Like the Prophet 5, the Odyssey came in three revisions, increasing in reliability with each one. Each version was designated several different model numbers – the Mk2, for example, comprised five different models, the first of which is arguably the most sought-after. The Odyssey was released as a cut-down, simpler and cheaper ARP 2600 and as such it won a huge number of fans.

In fact, over the years this two-oscillator analogue synth has reached legendary status, so the news that Korg is remaking it had many a middle-aged geek – well, me, anyway – going weak at the knees… 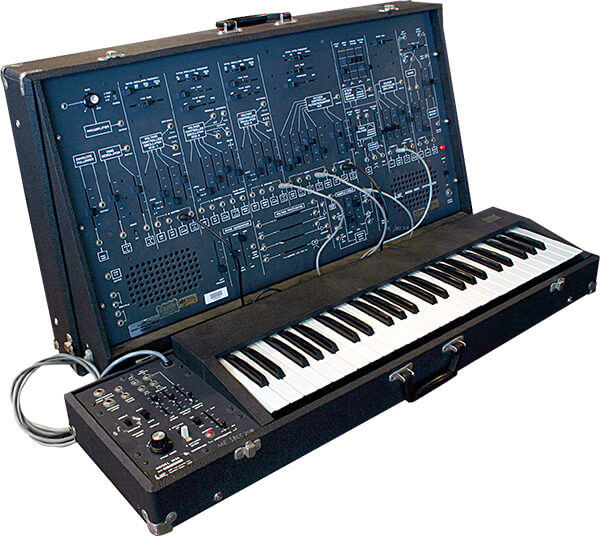 Regarded by many as one of the finest analogue synths ever produced, the 2600 semi-modular was also seen by others as a bit complicated to use. So, look down its list of users and you’ll find a small but experienced bunch of some of the biggest pioneers in synth music, although not necessarily synth pop music (although Vince Clarke arguably IS synth pop).

There are several models, which all got progressively more reliable but less great in terms of their sound quality, so like others here it’s a case of the best-sounding being the rarest.

To buy: You’re having a laugh! As rare as unicorns and rumoured to fetch over £10k when they do show up.

We could quite easily have gone for the 60, but this has the same sound engine plus added MIDI and patch memories. It has six voices of polyphony and a very straightforward interface, mixing up slider controls from the analogue past and slightly ‘digital-style’ buttons from the future. It’s therefore very easy to use and won fans from not only the synth pop wave of the 80s, but also the next wave of electronic dance music from the 90s. 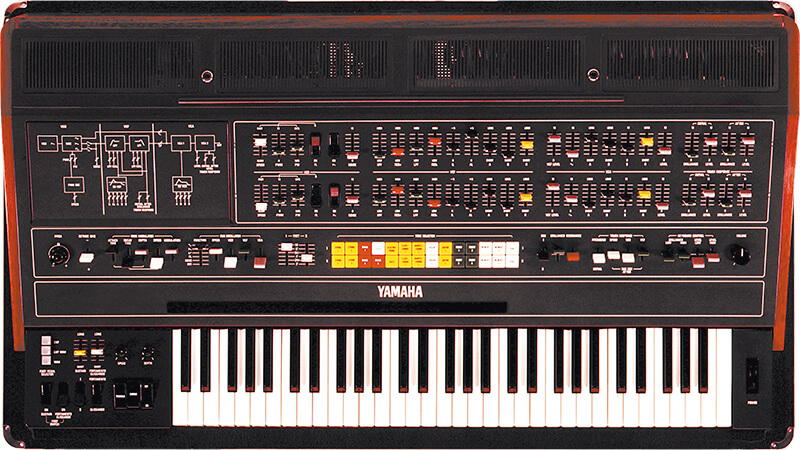 In our Landmark Productions feature we reveal how important the CS80 was in the recording of the Blade Runner soundtrack.

Vangelis was a big fan and so were many others, thanks to its massive sound and great controls but not its weight – this thing is huge, but so is its sound. The keyboard features lots of performance attributes – including aftertouch and splitting – but it’s the eight-voice polyphony (two oscillators per voice) that gave this mighty synth its mighty sound (and current mighty price tag).

The Korg MS-20 was released in 1978 and billed as affordable, patchable and portable. It’s an analogue, two-oscillator mono-synth that’s capable of great leads and basses, so sound-wise gives similar results to the Minimoog. Korg released an 86 per cent scale version of it in 2013, and at this year’s NAMM Show announced a limited-edition full-size kit version.

To buy: The original is selling for around £1,000, which also looks like being the price of the new limited-edition one. 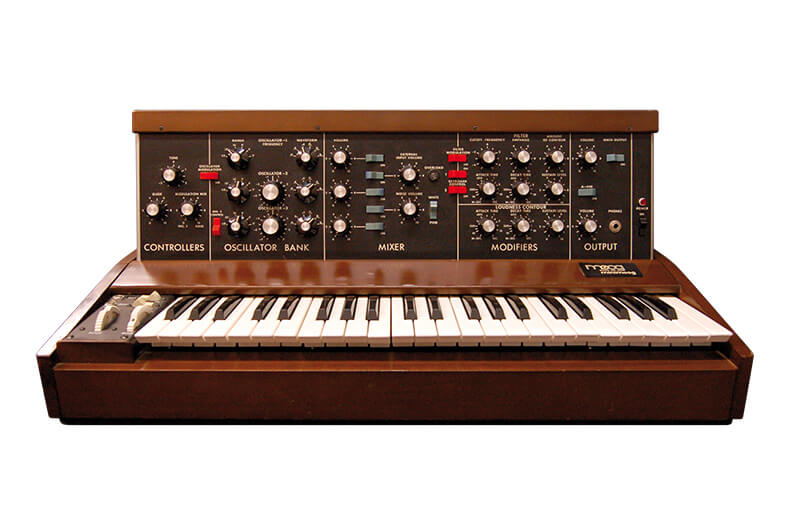 Even though the Minimoog has rather fewer famous synth pop users than many others here (although many fans in the worlds of prog, rock and electronica), it is included for many reasons. It sounds incredible, yes, and was one of the first mass-production affordable analogue synths.

But my reason for including it is that Gary Numan stumbled across one in a studio while he was recording a punk album, played a note which happened to be a sound that opened Are Friends Electric? and synth pop was born…

To buy: Again, not many of these about, but we found one that had recently sold for £5,250.

Arguably THE synth of the 80s – just look at that list of users. The synth has five voices of polyphony and patch memories – one of the first synths to have them. It came in three versions released between 1978 and 1984.

The second revision is considered the best, sounding almost as good as the first but more reliable (revision 3 is the most reliable but some say worst-sounding). No matter which version you go for, you’ll need a big wallet.

Available with 4, 6 or 8 voices, the OB-X won fas for its lush sound and was often seen as an alternative to the Prophet-5. It was first produced in 1979 but had a relatively short life of just two years, so only around 800 units were produced, making it rare and, of course, expensive to pick up now.

One of the greatest synths ever, the Jupiter-8 features some of the richest sounds you will find anywhere. It has eight voices of polyphony and the ability to split and layer, so you can easily get some flexible and fat sounds going.

This and the Juno 106, left, are surely going to be two classics that Roland will release as software upgrades for its new Aira System 1 synth that is coming out later this year. Pretty please?

An analogue poly-synth doing its very best to look and feel digital. This was a time when digital synths were starting to enter the market, so Roland marketed this as a kind of hybrid offering (even though it was definitely analogue), so turned away from the knobs and sliders everyone is desperate to get back to these days.

Six voices of polyphony meant the JX-8P packed quite a sound when it came out but it was a bugger to program, so the optional PG-800 was a must-have for hands-on control.

To buy: At least £300 for the synth itself and a similar amount for the (essential) programmer. 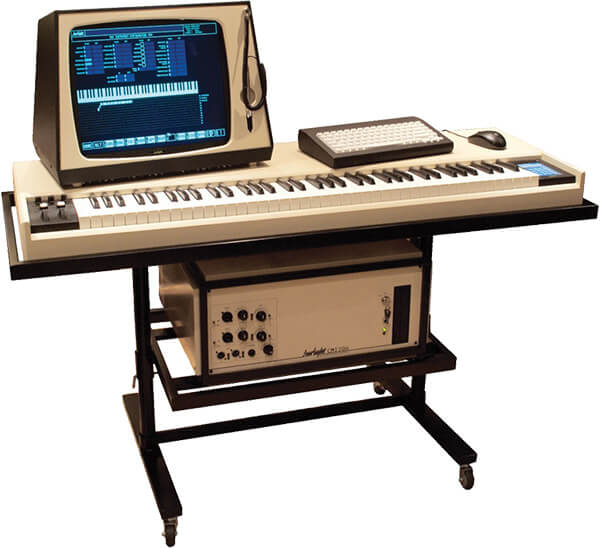 Fairlight was the Hoover of sampling during the early 80s: if you wanted to sample, you got one, simple as that – if you had the £18k for the v1 model, that is. By the time it got to vIII the price hit £50k, with a spec of a measly 16 voices, 14MB memory and 16-bit sampling. Still, this was the mid-80s and sampling was very much in its infancy.

Fairlight disappeared to resurface in the late noughties. There’s also a Fairlight iOS app for £29.99 – a bit more realistic than that £50k.

To buy: Rare – not a great buy for sampling now.

Watch any old clips of Depeche Mode on Top Of The Pops in the mid-80s and they’ll be wrestling with an Emulator. Released in 1982, it was the first affordable sampler. Well, when we say ‘affordable’ it was $10,000, which was still cheap compared to the competition. The Emulator II came out in 1984 and the III in 1987.

Sampling was still an expensive business at this time ($12,695 got you 4MB of memory) and it wasn’t until the start of the 90s that rack samplers from AKAI, Cheetah (remember them?) and E-mu would bring prices tumbling down…

To buy: And how they have fallen. Samplers don’t have the allure of analogue synths but we’ve still seen people ask £2,000 for an Emulator III.

7 Deadly Synths Sounds (And How To Recreate Them!)