Mastering advice from the pros

Often the best method of really understanding the mastering process is to speak to a seasoned mastering engineer, and the following individuals more than fit that bill. Let’s turn over to them and get some insight into their approaches and perspectives on the intricacies of mastering. 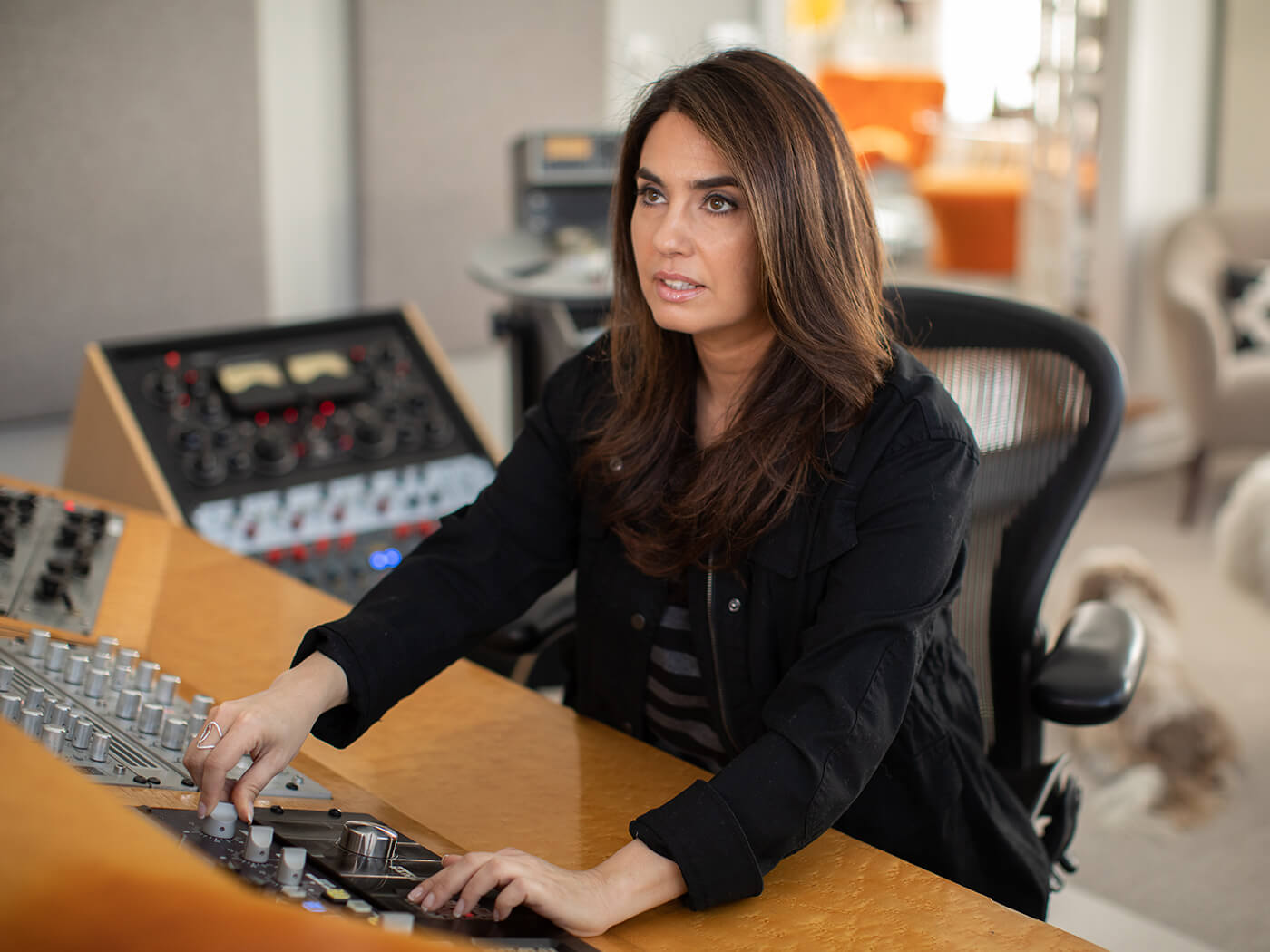 Emily Lazar is a Grammy-winning mastering engineer who operates from The Lodge studios in the heart of New York. With over 4,000 projects under her belt, she’s mastered some of the most important artists in rock and pop history. She lets us in on her philosophy…

The tools I use most are my ears. It really is true. I start by listening both to the music I’m working on but also to my clients and what they have to say about what they are looking to achieve with the mastering process. My dialogue with the artist, producer and mixer, contains the most important pieces of the puzzle.

I think that the most common mistakes in mastering can actually be traced back many years to an issue commonly referred to as the ‘Loudness Wars’. But it’s not simply a mastering mistake per se, this problem can start way back in the demo process and continue on through each stage of recording, the rough mixes, the final mix stage and finally to the mastering stage. When source mixes are delivered to each stage at an exceedingly loud volume each stage tries to ‘beat’ the stage that came before it. This trend adds distortion, reduces audio fidelity as a whole and for some listeners creates a completely unenjoyable experience.

“Dialogue with the artist, producer and mixer, contains the most important pieces of the puzzle”

The many DSPs, each with their own proprietary and secretive ways of handling audio, have thrust us into the Wild West of deliverables. Historically speaking, mastering engineers were always able to hear a reference of how the mastered audio would translate to the many different mediums and formats. As listening has moved predominantly to the streaming platforms, mastering engineers have been forced to create their digital masters without hearing the results of the DSPs proprietary conversion. Hearing the final results of an ingested master after it is released to the public is obviously a major concern and makes for a near impossible revision if there is a problem.

The key qualities necessary for a career in mastering are intense focus, thoroughness, patience, and empathy if you’re going to be working with others. Artists can be very fragile and insecure regarding their art. No matter how successful they are, they are completely vulnerable when releasing their musical ‘babies’ to the world. Understanding and empathizing with them throughout the process is crucial. 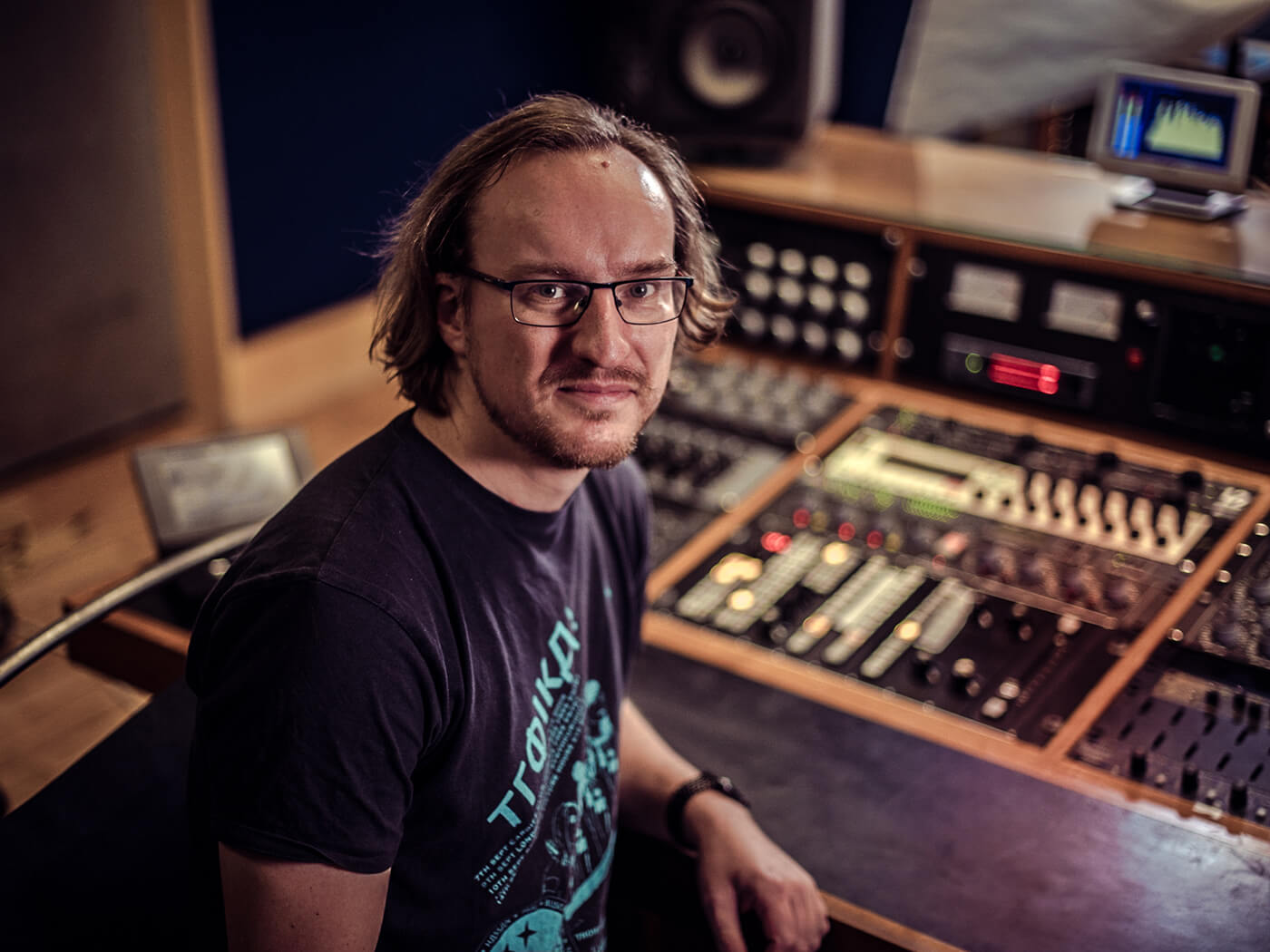 A longstanding member of the MusicTech writing team, Mike has taken up a Mastering Engineer position at Metropolis Studios after many years of writing, lecturing and freelance mastering…

I was working as a night receptionist at Metropolis hoping to break into assisting in studios, when the technical head of mastering at the time, Crispin Murray, asked if I’d like to become his assistant. I hadn’t really considered mastering much, as, like so many young people, I had my eyes on becoming a mix engineer/producer. But I was eager to get off night reception and I was assured I could still assist when I was needed in studios so I took the opportunity, and haven’t really looked back.

I think it’s quite common not to really understand what mastering is and isn’t. This is why I think it’s really important for artists to come into the studio whenever they can and attend the mastering session. Building up a dialogue with their mastering engineer will not only make the mastering session go more smoothly, there’s also a good chance you’ll learn something you can take back to your mixes. 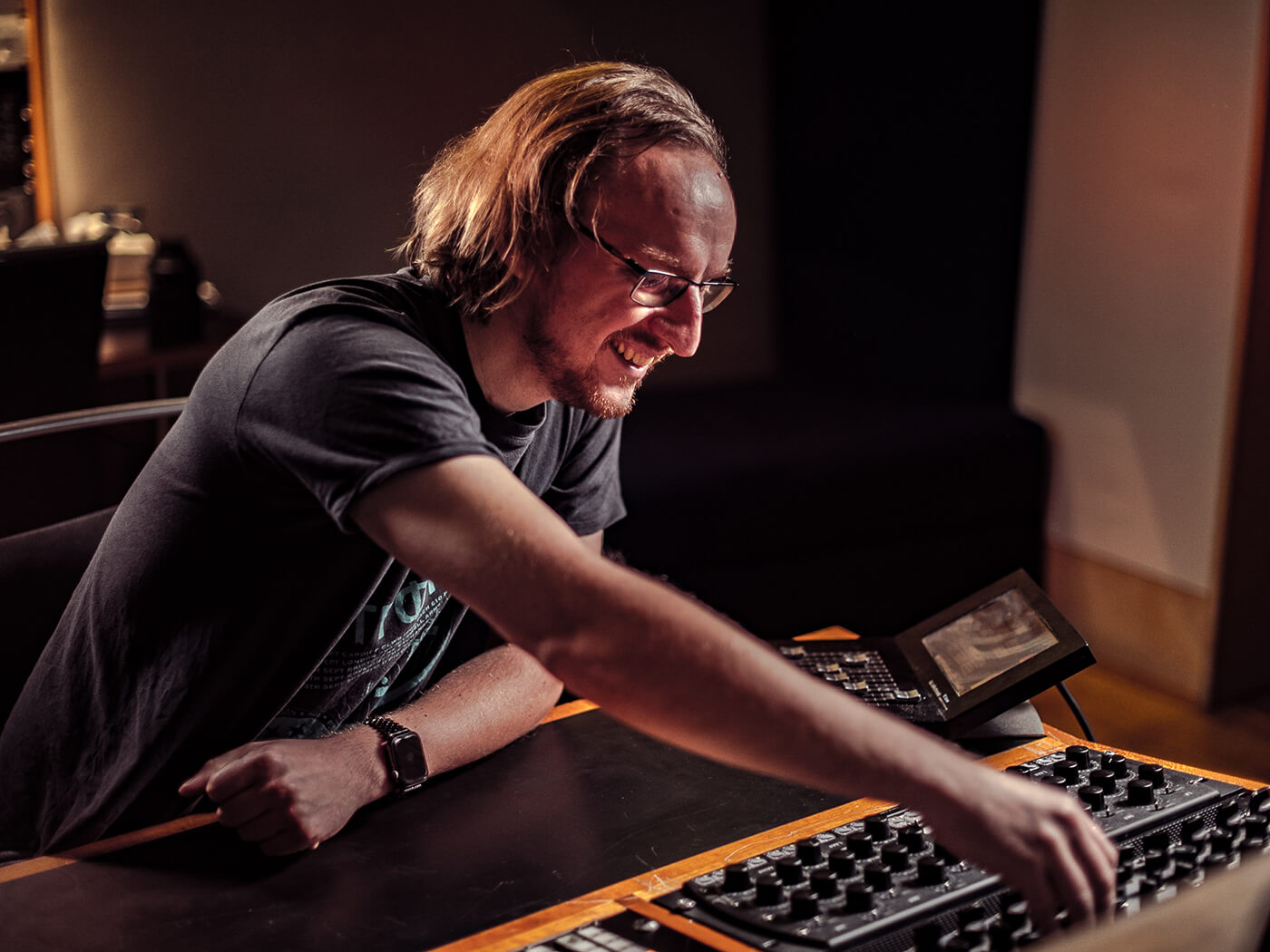 I’m not keen on prescriptions for mastering. The goal should always be to only do what is necessary for the track to sound its best and nothing more. So to that end I usually listen through with no processing a couple of times, just make mental notes of what needs to change, what pulls me out of enjoying the mix and fix that. Usually, that’s all there is to it. A little corrective EQ goes a long way.

Patience and a keen ear for detail. Mixing is all about ego and big bold moves. Mastering is the opposite. You have to leave your ego at the door and focus on tiny details. We work in 1/2dB or sometimes even smaller steps, making dozens of changes that on their own are almost indiscernible, but together make a good mix into something special. 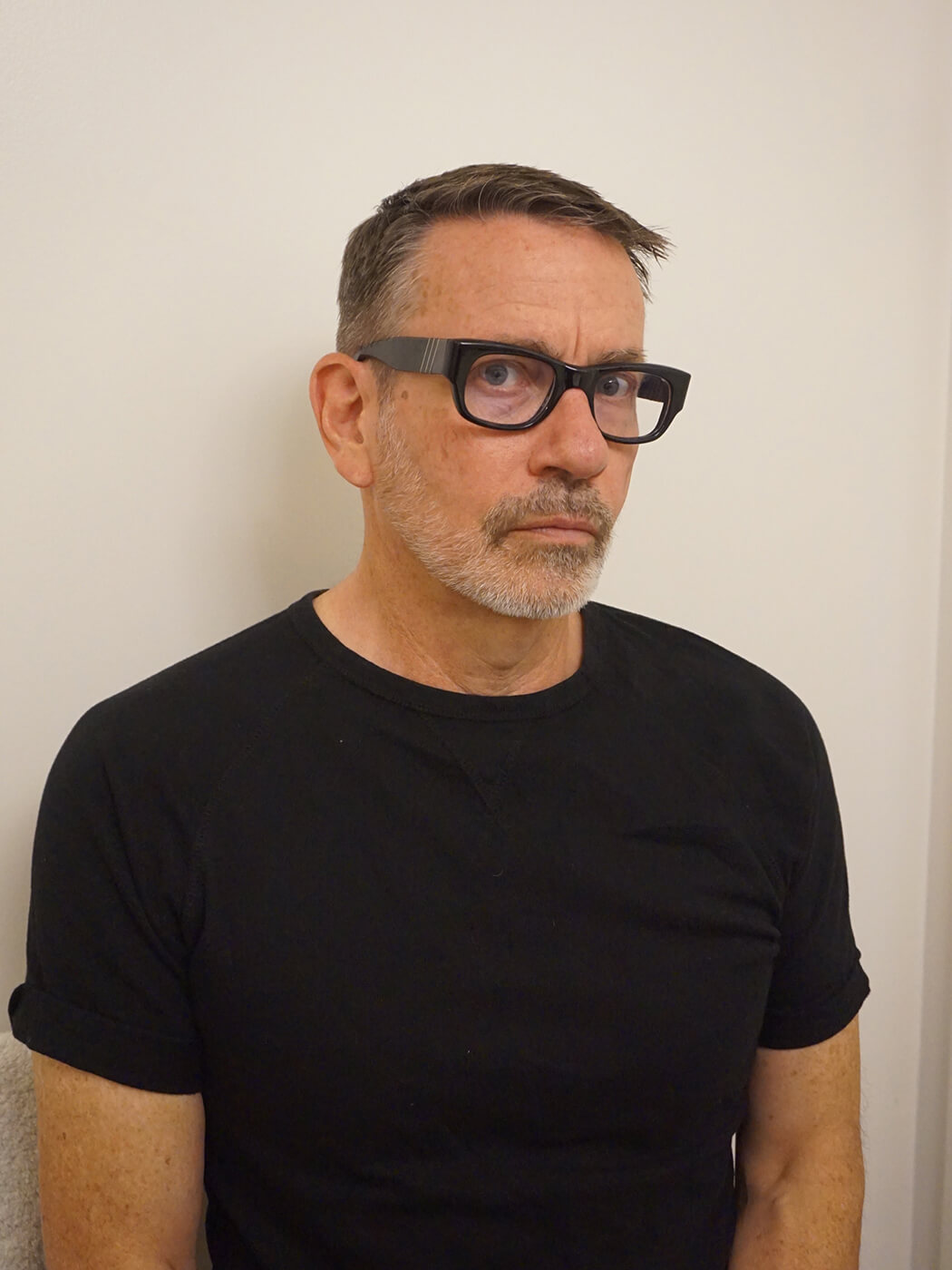 One of the San Francisco Bay Area’s most respected producers and mastering engineers, Mark Pistel has had a career spanning over three decades and has worked with a vast range of artists, including Grace Jones…

I first started producing and mixing records in the late 80s for my old band Consolidated. From there I made a couple of records for Michael Franti’s Disposable Heroes of Hiphoprisy and eventually an Ep for Grace Jones and a number of other major label artists.

I started my own studio ( Room 5 San Francisco) in the late 90s and would always send my mixes off to be mastered at some expensive mastering lab in Hollywood. In the early 2000’s I was focused more on indie and local artists that didn’t have a budget for expensive mastering but it still needed to be done, so I would offer to do budget mastering for artists I was working with.

As the times changed, I found I was working with a lot of artists that were making tracks, or at least starting them, in their home studios and bringing them to me for final mix adjustments and or stem mastering. From there it grew into into working with a number of Bay Area electronic music record labels such as Squirrels on Film, Vinyl Dreams, Hobo Camp, Left Hand Path and Sirena Negra who are doing both digital and vinyl releases.

The first thing I do is to analyze the track to see how ‘hot’ is it. I use a combination of analog and digital processing. I hit the analog processors first, so if a track is too hot it will overload the input of the analog gear and will need to be turned down. Then I listen for anomalies such as artifacts, harshness or too much boom and process accordingly. I generally master in Pro Tools with analog outboard gear. Some outboard gear I use include my Neve 8816 summing mixer, an API 2500 hardware compressor, and a Revive Audio MSL compressor.

I’ve also recently been using a pair or Warm Audio EQ’s. One of the main issues I find when listening to other masters is that some people make tracks louder than they need to be and over-limit. This goes for artists too. Delivering tracks that are simply too hot… There’s nowhere to go from there but down. Do yourself and your mastering engineer a favor and get rid of that digital master buss compression on your mix!

If I’d put as much energy into being a plumber as I have recording, mixing and mastering music, I’d be a rich man! You need to be able to set your ego aside and listen to your artists needs while having the technical knowledge to help them achieve their vision.
Also to master professionally you need patience and a thick skin. Your first draft master may get rejected. One needs to be sensitive to the artist, label or even genre you’re working with. There’s lots of rejection in this business. Don’t lose your cool. listen, adjust and give it another shot if you have to.