Landmark Productions: The Prodigy – The Fat of the Land

The incendiary power of The Prodigy’s 1996 mainstream breakthrough Firestarter was followed up with a controversial album that re-wrote the dance music rule book and caused a tabloid frenzy not seen since the days of The Sex Pistols. Andy Price exhales, exhales… The Tracks 1: Smack My Bitch Up 2: Breathe 3: Diesel Power 4: […] 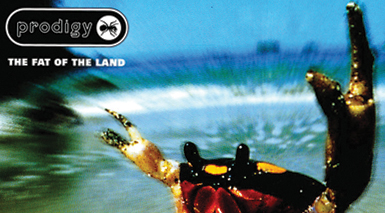 The incendiary power of The Prodigy’s 1996 mainstream breakthrough Firestarter was followed up with a controversial album that re-wrote the dance music rule book and caused a tabloid frenzy not seen since the days of The Sex Pistols. Andy Price exhales, exhales… 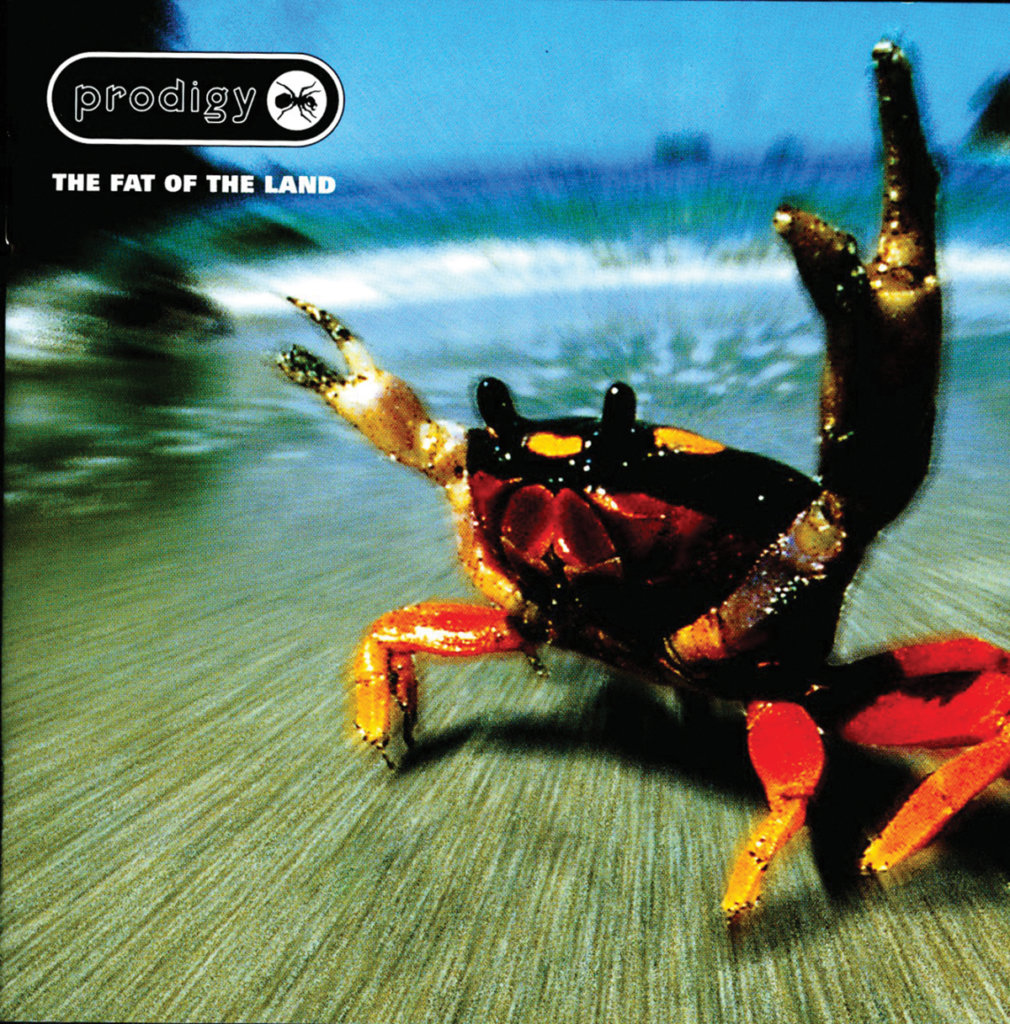 Produced and Mixed By Liam Howlett
Recorded At Earthbound Central

Centered around the experimental sampling and synthesiser-heavy musical creations of Liam Howlett, The Prodigy – (named after the Moog Prodigy that he used frequently when writing his early songs) was born when the young Howlett developed an interest in the then increasingly popular rave scene. This would eventually lead him to meet Keith Flint and Leeroy Thornhill, who originally joined the outfit as live dancers and frontmen while Howlett focused on the music-making.

Experience was a shaky debut album which saw their initial edgy blend of ironic samples and pulse-pounding beats dubbed ‘kiddie rave’. The Prodigy attempted to distance themselves from this by releasing their barnstorming second album Music For The Jilted Generation, which pushed Howlett’s more polished sonic creations in new challenging directions and featured a more dynamic use of samples stemming from a range of sources.

It was an opportune time for the band. The Criminal Justice Act’s anti-rave legislation created a massive backlash from the scene. Battle lines were drawn and the band seized upon the mood of a nation with single Their Law – a direct anti-authoritarian clarion call that made the band the figureheads of the militant rave scene. “How can the government stop young people having a good time? Fight this bollocks” read the single’s liner notes. The genre perhaps known best as Big Beat had well and truly arrived.

Anticipation was high then for the group’s third LP, which underwent a much longer gestation period than its predecessors. The success of Jilted Generation had enabled Howlett’s Earthbound Studios to grow from a modest home studio to a creative hub where he could indulge himself with a vast assortment of music technology. It was there that he set to work on the Prodigy’s third record. 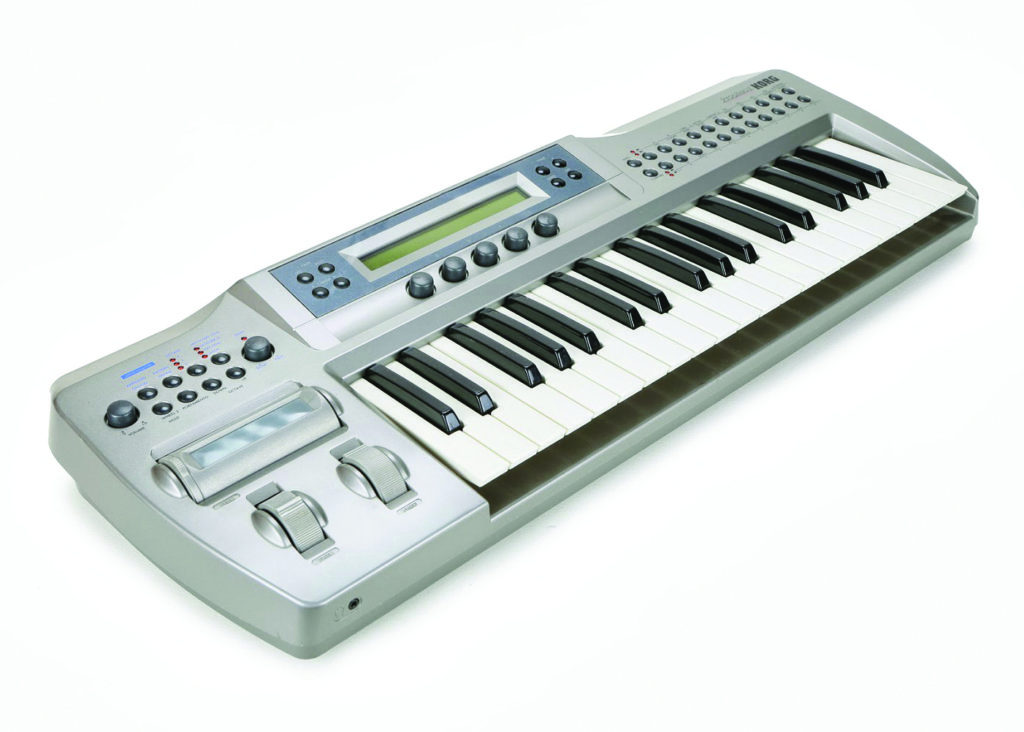 Howlett – still only 24 years old at the time – had a range of creative approaches to music making. However, he’d usually begin by kicking together some loops and samples – primarily obscure soul and funk rhythm sections which he’d extract from the original vinyl and then twist and sonically contort in a number of bizarre ways – before turning to his own instruments, creating something interesting and seeing how it could relate to the samples.

Howlett’s main instrument for songwriting and idea generation during this period was the Roland W-30 Sampler Workstation, although initially Liam ignored the all-in-one sampling capabilities and focused on using the W-30 as a MIDI programmer and keyboard. Most of the ideas that became the The Fat Of The Land’s tracks would be envisioned with just the W-30. Howlett would later recall his obsession with Roland’s powerful workstation by saying, “I got the W-30 and, you know, for about four months I didn’t go out. I stayed in every day with the headphones on learning how the thing worked. Man, I just had to learn that keyboard inside and out.” Also, during the making of the album, Howlett would acquire an Akai S3200 and a CD300 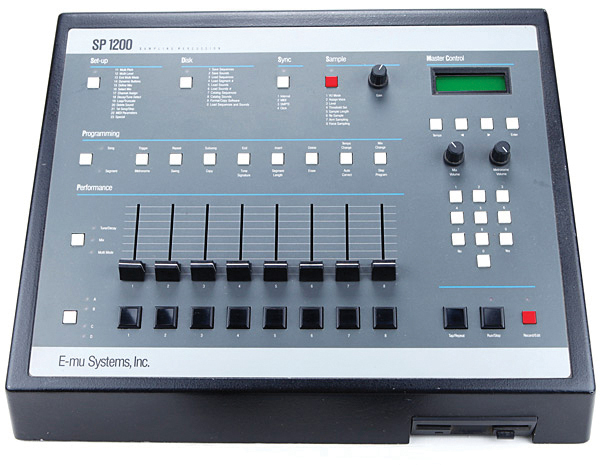 The album’s mixing was done entirely with Steinberg’s Cubase on an Apple Power Mac, then in its infancy. Prior to this Howlett had solely used the W-30 for everything, including track mixing and sequencing, but he was starting to see the limitations of doing everything with hardware. The diverse possibilities of a DAW was alluring, and Cubase was the perfect fit for what Howlett was doing at the time. It would take nearly two years for work on the album to be completed.

Not least in small part to the new, terrifying appearance of Keith Flint in the single’s video, Firestarter was an unprecedented aural assault that horrified and excited in equal measure upon its release a year prior to the album in 1996, becoming the group’s first number one hit single in the UK.

The instantly recognisable wah-wah guitar riff that dominates the single originally comes from the song S.O.S by The Breeders, before the seismic breakbeat kicks in, which is generated with the classic E-mu SP1200 drum machine, and the song takes off. Flint adopts a John Lydon-esqe snarl as he self-consciously enunciates a list of depraved things that he embodies, such as: “punk detonator, filth infatuated” before proclaiming himself to be a “firestarter”, and a “twisted firestarter” at that.

The visceral energy of Smack My Bitch Up, perhaps the most universally well-known ‘controversial’ song of all time, is achieved by weaving together a range of samples into an uncompromisingly raw (yet still highly danceable and mainstream) mix. The standout hook being the provocative vocal, the lyrics being: “Change my pitch up, smack my bitch up”. In actuality this constantly repeated stanza is a sample taken from Give The Drummer Some by New York rap outfit the Ultramagnetic MCs. Although originally it was part of a flow of lyrics by rapper Kool Keith, it takes on a new darker context when used in repetitive isolation, sitting atop the energetic, narcotic-like intensity of The Prodigy’s production.

Howlett at this time was a big fan of the monophonic Korg Prophecy synthesiser and used it on Smack My Bitch Up to provide the main acid-inspired riff – the Prophecy was used on pretty much every track on The Fat Of The Land. He was taken by the level of distortion that the Prophecy could generate and the flexibility of the programming. He would use this directly with his DAW as a MIDI controller too, and for generating string sounds like those heard on Climbatize.

Breathe is perhaps the most intensely paranoid and disturbing single ever to make it to the top of the charts. Like Firestarter it showcases Keith Flint (in his sharply drawn ‘pantomime yob’ role) as the frontman and lead vocalist, with MC Maxim Reality also adding vocal contributions.

A towering bassline provides the central pillar which the song’s various elements circle, including heavy distortion on pretty much every element (provided by the Korg Prophecy and a range of extra effects including Boss guitar pedals and the Alesis Quadraverb multi-effects) and of course, gigantic breakbeats. Breathe would continue the trailblazing campaign kickstarted by Firestarter, and pre-release excitement for The Fat Of The Land was at fever pitch.

The album, of course, did not disappoint. It was a diverse and genre-hopping thrill ride for which the three-single salvo had laid the perfect groundwork. Diesel Power lays down a funkier groove, and stands apart from the other tracks on the record by having guest vocalist Kool Keith (the vocalist from the oft-sampled Ultramagnetic MC’s) providing an original rap. 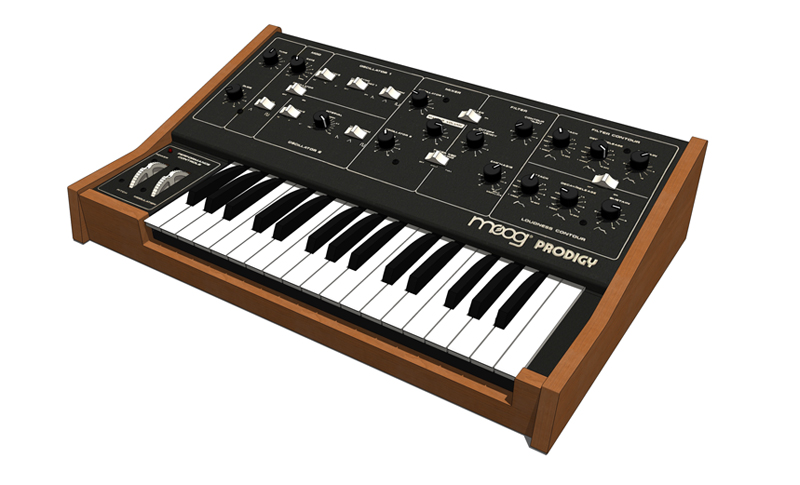 The intense rave energy of the album is perhaps exemplified best in tracks such as Funky Shit with energetic beats and samples a-plenty. The track’s main vocal sample is lifted from The Beastie Boys track Root Down – it allegedly cost the band close to £3,000 to license its use – while the close of the track uses a multitude of sounds lifted from The Shining, including its ominous title music.

Mindfields is the first of two ‘centrepiece’ tracks that lay at the heart of the album – an acidy, synth-rich mix that invokes images of urban paranoia, with the repetitive “this is dangerous” vocals provided by Maxim distantly echoing through a sonic landscape dominated by chirpy, electronic synth-lead sounds which interact like demented computers.

Narayan, perhaps the album’s high point, comes next. Its sublime (if creepy) synth line kicks things off before a typical Prodigy beat bursts in, interspersed with electronica and a distorted lead vocal. After a prolonged, dance-able workout, the track breaks down and chanting begins. A track that has to be heard to be truly appreciated is perhaps the finest creation that Howlett had made until that point.

Climbatize is a curious beast, merging together an eclectic range of samples into an eastern, tribal-trance groove which appears to incorporate flutes and weird zoomy effects. Much pitch bending takes place throughout, as the gorgeous strings float ethereally in and out, most likely created by a Roland U-220. Before long a repetitive bass hook takes over and the song’s pace picks up. The album concludes with a track originally made famous by L7, a punky epilogue entitled Fuel My Fire that ends the record on a high-energy note.

Fat Of The Land propelled the band into the mainstream and made household names of abrasive frontman Keith Flint and, of course, Liam Howlett. The record also broke the band to the US market. Perhaps the record’s greatest strength is its diversity: the slick, futuristic hip-hop of Diesel Power sits side-by-side with the paranoid, punk menace of Breathe, while the narcotically driven explosive rollercoaster that is Smack My Bitch Up offends, provokes and stimulates in equal measure. A masterpiece of dance music

Liam Howlett
There is no better word for Liam Howlett than ‘prodigy’. He composed, mixed and produced every track on The Fat of the Land at the young age of 24.

Keith Flint
The de-facto ‘frontman’ of The Prodigy, Flint was the group’s public face and adopted a provocative, cartoon punk-like image to promote the album, and gurned his way through several iconic videos.

Maxim Reality
The group’s regular MC adopted dual vocal duties with Flint, taking the lead on Mindfields and the chart-topping chorus of Breathe.

Kool Keith
The main vocal sample used on Smack My Bitch Up was from a Kool Keith rap used with his outfit the Ultramagnetic MC’s. He also featured in the main rap on Diesel Power after befriending Howlett.