Bristol’s finest exponents of moody urban dance established themselves early as contemporary pioneers with their stunning debut record. Andy Price takes a trip (hop) to 1991… The Tracks 1: Safe From Harm 2: One Love 3: Blue Lines 4: Be Thankful For What You’ve Got 5: Five Man Army 6: Unfinished Sympathy 7: Daydreaming 8: […] 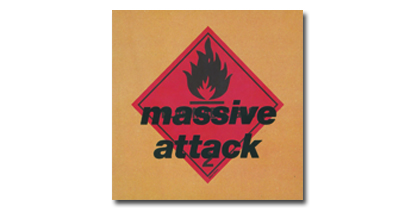 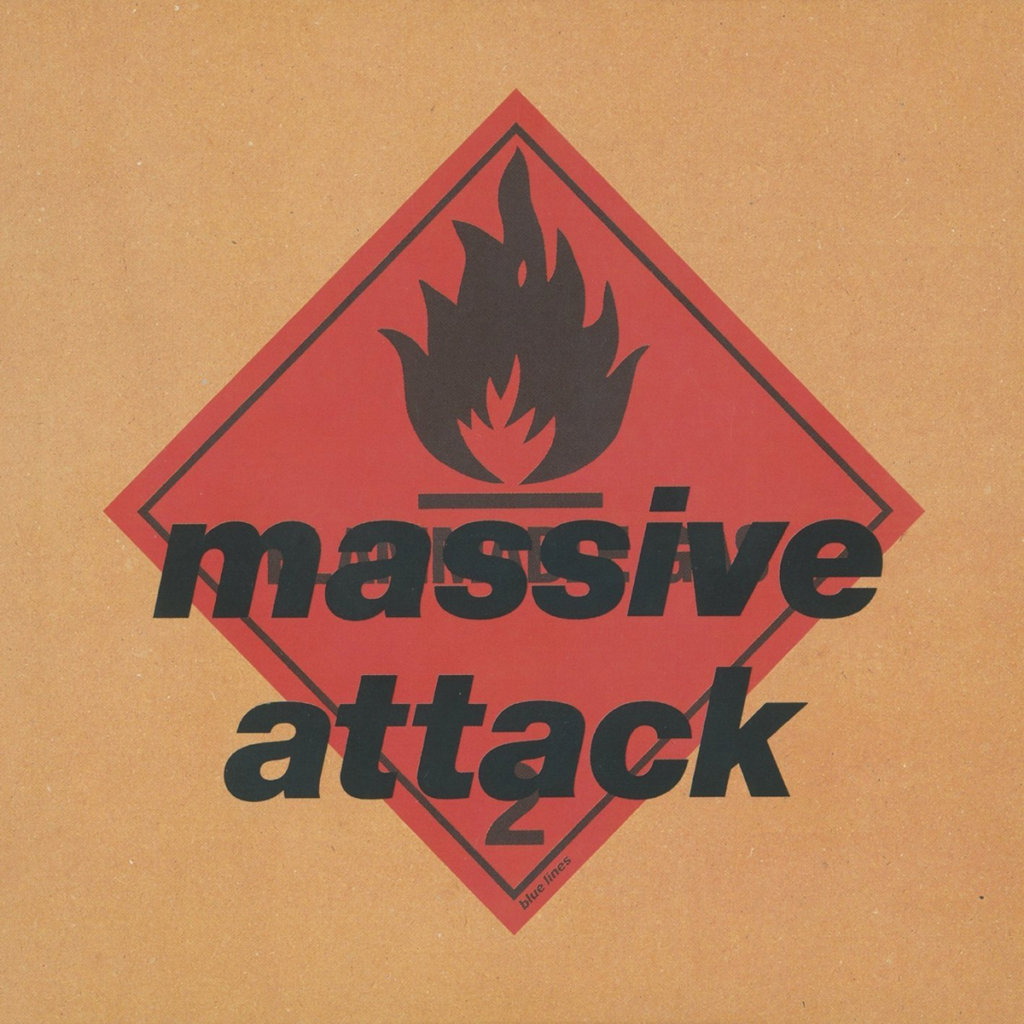 From the dank clubs and shadowy tower blocks of Bristol they came, re-writing the ‘dance act’ rulebook, soundtracking a hitherto sonically unrepresented area of British culture and evolving to become perhaps the UK’s most well-regarded electronic music outfit, selling out venues throughout the land and being a mainstream (if still somewhat misunderstood) part of the UK’s pop heritage.

Massive Attack’s debut record Blue Lines, even today, is an immersive and emotive experience, laden with disparate samples and a variety of lead vocal performances, performed in a range of styles. Achingly beautiful soul sits comfortably alongside restrained reggae and tough hip-hop, all backed with a detailed and suggestive musical texture.

This fusion of genres that originated from across the pond when merged with the insistent electronic beats and eerie, reverb soaked keys was somehow the aural formula to encapsulate perfectly the claustrophobic mood of urban living in the UK during the early 90s.

Before long the Massive Attack project would overshadow their work with the Wild Bunch, and with help and support from their close friend Neneh Cherry, the band signed to Circa Records (later subsumed into Virgin Records). Their debut record was heavily recorded at Bristol’s Coach House Studios with additional recording at a range of studios in London. 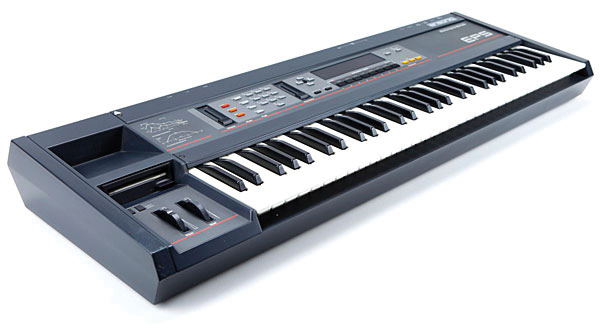 The band relied heavily on the Ensoniq EPS.

The group harnessed the talents of a plethora of vocalist friends including their longstanding associate Tricky – a rapper they had become close with during the Wild Bunch days, while also interspersing their own spoken word passages and raps. Production duties were carried out by the band working in collaboration with Jonny Dollar who helped the three to fully cement their sound.

Urban Paranoia
The record’s barnstorming opener Safe From Harm leads with a ghostly howling wind, a kinetic rhythm section (lifted from Billy Cobham’s Stratus – to which the track owes a large debt) and is dominated by epically powerful lead vocals from Shara Nelson, with occasional spoken-word rap interjections from 3D. The oppressive baseline forms a central body which, shrouded by a haze of sensual synth sounds and sharp shrill guitar, fills that take off in various directions before cutting off abruptly.

The album’s permeating sense of gloomy, streetlight-lit urban paranoia is established. 3D would later say of the Stratus loop: “Working with a sample like that you can’t go wrong. Even as a loop with no vocals in it, as soon as you loop that up and listen to it you’re going ‘yeah’. It just has a total groove. That also encapsulates what it was about in those days of just grabbing four bars from someone else, stealing it, looping it. That whole anarchic way of just building a song on some sort of extended beat or something.”

The rootsy One Love incorporates guest vocals from Horace Andy, who would go on to work with the band throughout his career, most notably on Angel from the band’s hugely popular third record Mezzanine. The track features a coolly restrained electric piano that’s interspersed with record scratches and a combination of slow beat samples which fuse kick-back soul courtesy of Isaac Hayes with the jazz-rock of The Mahavishnu Orchestra.

Part of the group’s core musical ethos was the belief that they didn’t need to play an instrument, thus the vast majority of what you hear on their debut is sampled (with the exception of Hymn Of The Big Wheel).

At this time the band only had access to an Ensoniq EPS Keyboard, a Numark I775PPD mixer and a few other low-end gadgets. The band’s main sonic ammunition was to be found in their vinyl collections and their samples. This approach inspired a movement in DIY home-sampling that is still prevalent to this day.

The album’s title track conjures up a strange demented atmosphere with discordant electric piano, echoey beats and rapping from Tricky, 3D and Daddy G – one of the record’s more overtly hip-hop influenced pieces, along with the latter track Daydreaming which evokes a similar, restrained toughness.

Be Thankful For What You’ve Got is – surprisingly – a cover of an old R&B track by William DeVaughn and one of the first tracks produced for Blue Lines, featuring an incredible lead vocal performance from Tony Bryan and a shimmering, gorgeous production.

In an interview with Melody Maker magazine 3D explained their reasoning for their choice of cover, rather presciently he said: “It’s a sentiment for the 90s. What’s the point in killing people for their Nikes? We’re living in a time where nobody can be satisfied with what they’ve got because of the media. You’re bombarded with stuff to desire all the time.”

Five Man Army drags us into more dub-influenced territory with an almost theatrical range of characters sharing vocal duties: 3D, Tricky, Daddy G, Willy Wee and Horace Andy all take turns to perform their spoken word raps which are more influenced by the cadence of the Bristolian accent than the traditional ‘streets of Compton’ school of hip-hop.

Unfinished Sympathy has become perhaps the signature song by the band, found on many a compilation. It’s undoubtedly a very worthy contender for the song of the decade, becoming hugely influential on homegrown dance, hip-hop and electronic music acts throughout the UK, the intense and emotive fusion of the beautiful vocals courtesy of Shara Nelson with a large scale string orchestra results in a thing of epic sonic grandeur. Once again the band used samples from The Mahavishnu Orchestra (the instantly recognisable “hey hey hey”s).

The live orchestra was conducted in Dublin by Will Malone and adds a cinematic sweep to the mix. The iconic video features Shara Nelson walking down a street, seemingly oblivious to the world around her while the rest of the band slowly begin to appear walking behind her. This would be many listener’s first exposure to Massive Attack and the genre which the band themselves refer to as ‘minimalist lover’s hip-hop’.

Looking Back at You
The stomping beats that kick off Daydreaming are punctuated with ghostly ethereal vocals courtesy of Shara Nelson, before Tricky wrenches the track into a new direction, engaged in a vocal duel with 3D. Daydreaming was among the first tracks recorded for Blue Lines, a slightly simpler and more straightforward piece of music than the rest of the album, it nevertheless packs a punch. The demo of Daydreaming was to be the track that attracted the attention of Circa Records, resulting in the band being signed.

Hymn Of The Big Wheel rounds off the record with suitable aplomb, utilising Vowles’ Yamaha RX7 drum machine and no samples. A co-write with Neneh Cherry, the track features a range of interesting sounds, beginning with an optimistic, synth-generated hum, a chord sequence and vocal melody that lifts in an uncharacteristically euphoric manner.

The incredible Unfinished Sympathy involved a large scale string orchestra, a multitude of samples and the vocals of Shara Nelson

Blue Lines not only launched the career of Massive Attack but popularised the notion of DIY home sampling. It was also refreshingly bold: by not adhering to the still newly established rules of hip-hop, the group instead set their own rules by drawing upon the rich heritage of Bristol’s music and culture, mixing it with fragments of laid back soul, reggae and funk and a heavy soaking of their own textured layers of sound.

The resulting record established a time, a place and a state of mind that would appeal to millions. Although their second album Protection is often hailed as the band’s masterpiece, it was Blue Lines that captured the group at their most hypnotic and innovative. A true landmark.

Grant ‘Daddy G’ Marshall
Daddy G’s vocals became synonymous with the Massive Attack sound. Along with 3D he has remained a core member throughout their entire career.

Andrew ‘Mushroom’ Vowles
Mushroom was an integral part of forming Massive Attack. However, creative differences would eventually result in his departure later in the band’s career

Jonathan ‘Jonny Dollar’ Peter Sharp
The album’s producer, in the words of 3D, “helped take something very raw and fashion it into something more sophisticated”.