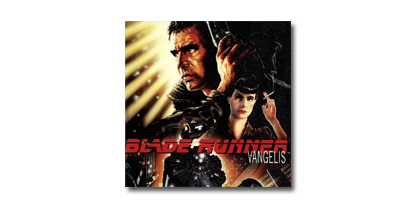 Ridley Scott’s undisputed work of cinematic genius Blade Runner had an equally impressive soundtrack, created by Greek synth-supremo Vangelis. Andy Price looks back (or rather forwards) at this beautiful score… 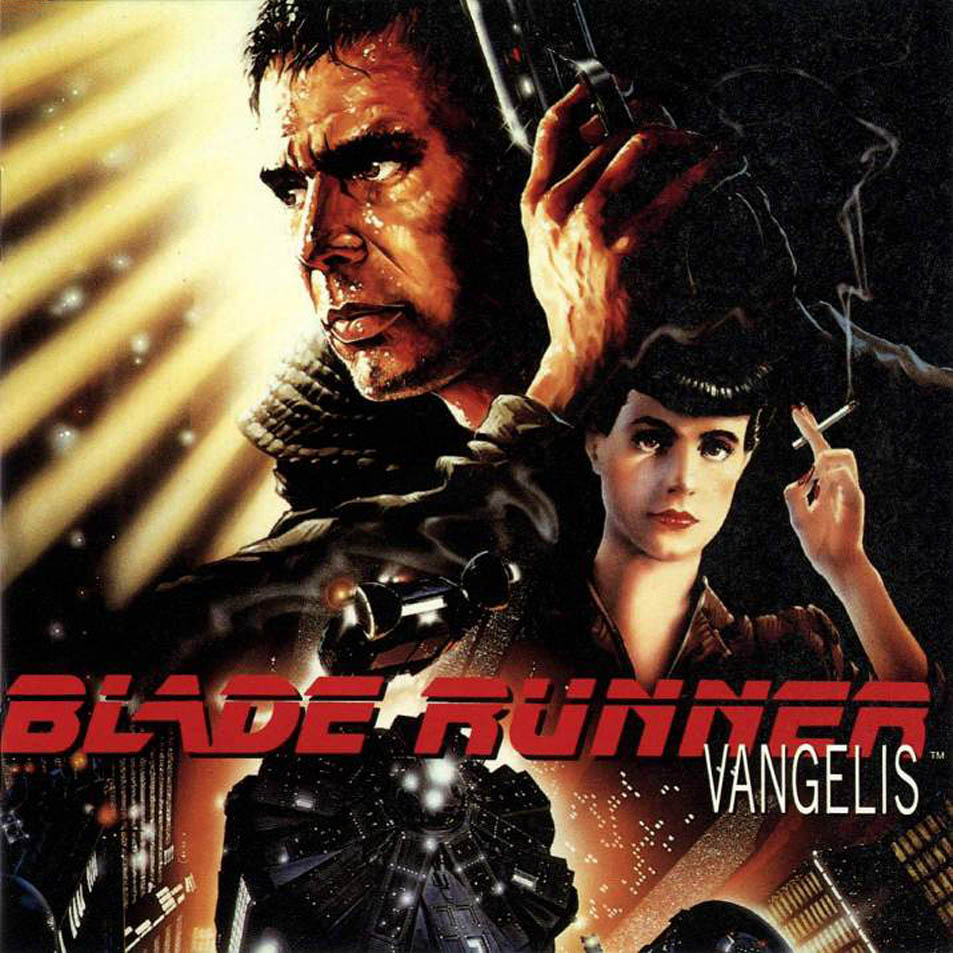 Oft regarded as one of the greatest science-fiction movies (and, indeed, one of the greatest movies) of all time, Ridley Scott’s Blade Runner broke new ground on its release back in 1982. Initially a slow-burner, the film grew in popularity over the next decade with the advent of home video.

Its dystopian vision of a dark, smoky, neon-lit Los Angeles of 2019 was at the time a radical departure from the usual Metropolis-like take on how a city of the future should look. But the hugely impressive visual effects (all the more impressive when you consider this was still the pre-CG early 80s) painted only half the picture. The film’s sumptuous, synth-tacular soundtrack was painstakingly and passionately created, performed and produced almost single-handedly by mighty Greek keyboard-lord Vangelis. (That’s ‘vaangeelis’)

The use of the synthesizer in film soundtracks by the early 80s was nothing particularly new, especially in the science fiction genre (Stanley Kubrick’s A Clockwork Orange featured composer Wendy Carlos re-arranging classical pieces). However an all-synth soundtrack was still a new idea, sneered upon by many ‘serious’ composers who believed that the synthesizer could never truly capture the same level of emotion and humanity that traditional orchestral scores were capable of.

However, one man was so to prove them quite wrong. Vangelis’ acclaimed Chariots Of Fire score was a magnificent, uplifting piece of work that featured massive, engagingly anthemic melodies, all of which were produced electronically. Winning an Oscar for his work was the final say on the debate as to whether a truly great score could be generated without an orchestra.

Ridley Scott approached Vangelis shortly after this success and asked him to score his new Phillip K Dick-inspired science fiction movie after previously working together briefly on a perfume commercial. At the point when Vangelis was introduced to the project a temp score was in place over a rough cut of the film; this gave Vangelis an idea of what Scott was looking for musically. Vangelis enthusiastically agreed.

Work began on the soundtrack at Vangelis’ private recording studio, Nemo Studios, in Marylebone, London. He sought the aid of just one studio engineer, Raine Shine, who would operate tape machines and help with the general mixing and video playback. Dolby Stereo engineers had installed noise-reduction units that helped in transferring the 4-track mixes to the 1/4-inch tape required and also confirmed that the instruments and equipment Vangelis used would be compatible.

Typically, Vangelis would receive VHS tapes of a daily scene straight from the editing room, with just the dialogue audio and no extraneous sound effects or temp scoring. He positioned screens around the studio so that whichever synth he was working with, he could see the onscreen events and sync his music accordingly.

Vangelis utilised the (then brand-new) Yamaha CS-80 to generate the incredible opening credits, applying the CS-80’s pitchbend using a ribbon controller. The CS-80 also gave control over each note’s power and depth via the polyphonic aftertouch feature. This synth was used throughout the Blade Runner score and became known as something of a signature instrument; also used were the Roland VP-330 VocoderPlus and, on occasion, a Fender Rhodes, through which Vangelis crafted the more traditional-sounding pieces. The many low drones, hums and resonant builds were generated by a Sequential Circuits Prophet 10; rhythmic sounds were crafted on a Yamaha GS-1. 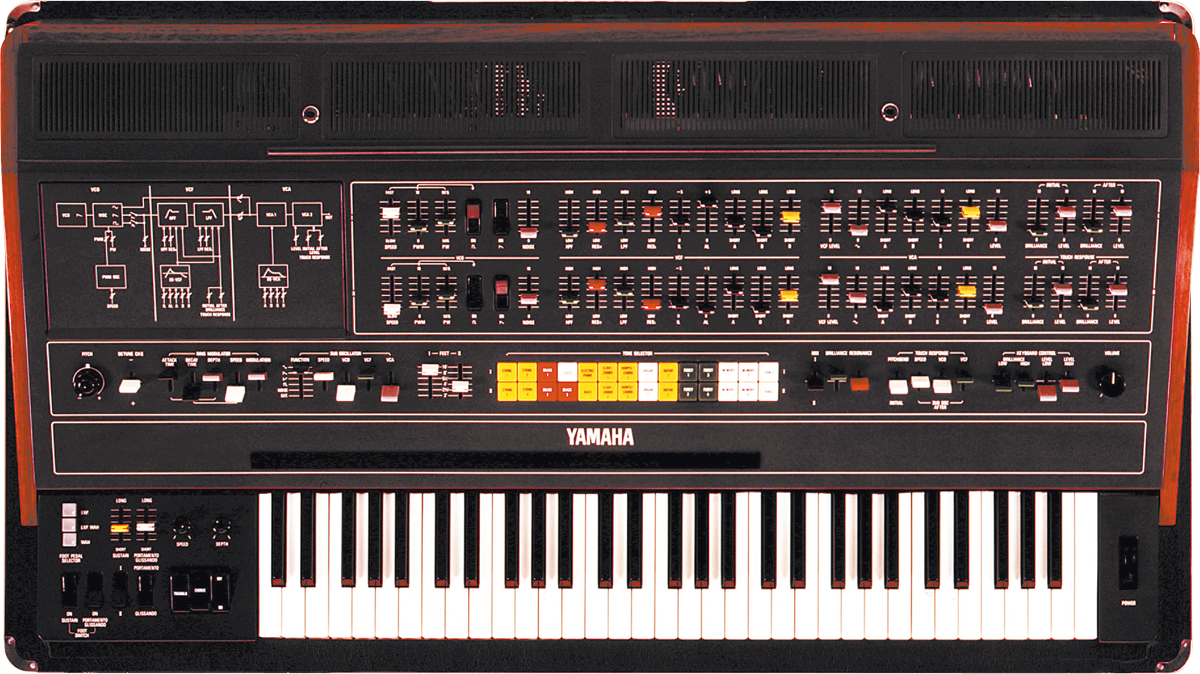 Vangelis evoked 2019 LA with a sense of great distance and space by running all his instruments through a Lexicon 224 digital reverb sound processor; for the compositions and cues that relied on pulsation he set up several Roland synthesizers and sequencers, which allowed him to run the tracks through each one and edit, transpose and adjust filters as he played. Among his Roland line-up were the ProMars CompuPhonic and Jupiter 4; sequencers included the CSQ-600 and System 104.

The studio setup was quite straightforward. With one control room and one live room, the main control room also served as the primary composing room – Vangelis thought of the mixing desk and outboard equipment as a further extension of his musical instruments and he incorporated their use while coming up with ideas. Vangelis used two 750-watt Tannoy Dreadnought monitors. 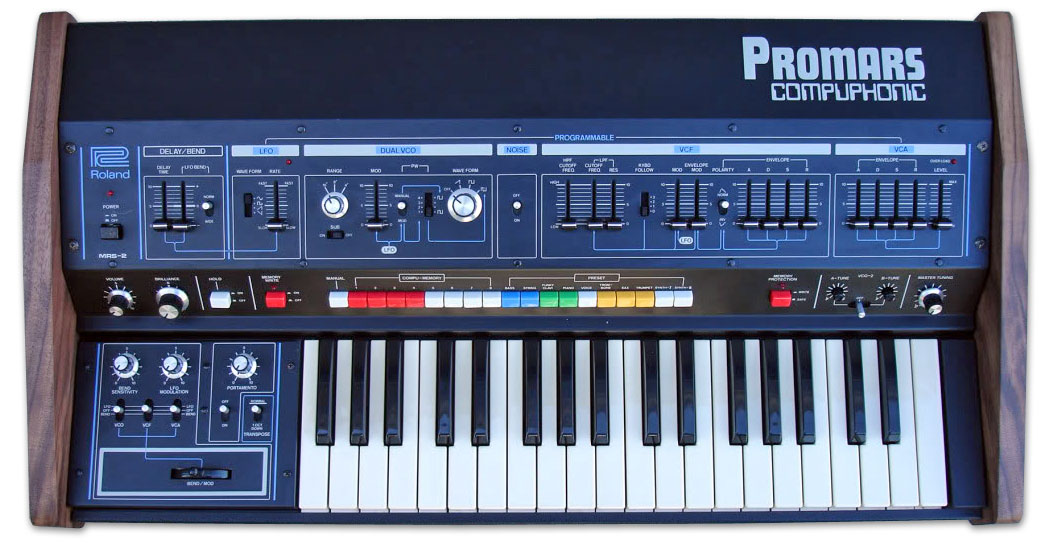 When he was creating the various themes for the film Vangelis would naturally compose, improvise and record his pieces as the scenes were being played before him, letting the visuals and tone of the scene direct his musical progressions without prior rehearsal. He also took the rather unorthodox approach of creating not just music, but sprinkling additional electronic ambience onto Ridley Scott’s visuals. For example, during the opening establishing scenes of the dystopian cityscape he added elevating sounds as one of the flying ‘Spinner’ cars approaches the screen.

This natural, unrehearsed reactionary creative interpretation of what the composer was seeing was unprecedented, but certainly worked to great effect in a film that thematically deals with the conflict between humanity and electronically duplicated entities.

The best example of this is during the initial scene between Sean Young’s Rachael Tyrell and Harrison Ford’s Rick Deckard, where Vangelis alters the moods, texture and attack of each subtle melody he plays depending on each character’s emotions, fears and status within the scene; this musical journey ultimately resolves into the film’s main Love Theme, which incorporates some additional saxophone performed by Dick Morrissey.

Tears in the Rain

The film’s finest moment – the ‘death’ of Rutger Hauer’s antagonistic Batty (a Replicant) – allowed Vangelis to musically choose a moral stance on the film’s main thematic issue. As Batty realises that his film-long quest to prolong his life has been fruitless and he is about to die, Vangelis employs a sad and sympathetic theme to underscore his passing, bringing out the humanity and spiritual anguish faced by this synthetic character.

Vangelis’ use of sounds that resemble violin strings, metallic pianos and freakily deformed bells seems to evoke some kind of alternate, robotic past – perhaps his intention was to imply replicant-emotion, or an attempt to sound ‘normal’ (much as the Replicants of Ridley Scott’s film attempt to blend into their human-populated surroundings). Whatever the intention, the effect is profoundly integral to the film’s thematic power.

The number of overdubs and re-takes was kept to an absolute minimum to avoid track degradation and because Vangelis considered the first take to be ‘truer’ and more natural – even if it contained mistakes. Although Vangelis generally preferred to work alone he did enlist some outside help on occasion.

For the track Dr Tyrell’s Death, for example, Vangelis called on the services of the English Chamber Choir to create the ethereal and angelic texture; Greek vocal powerhouse Demis Roussos adds vocals to the track Tales of the Future. But, aside from the aforementioned saxophoning of Dick Morrissey, all of the instrumental parts were played solely by Vangelis.

Work was completed on the soundtrack in April 1982; post-production of the film continued until it saw its release on 9 September, 1982. Perhaps one of the greatest film soundtracks of all time, Vangelis’ score for Blade Runner helped to further popularise synthesizer use and laid bare the potential of this electronic medium of expression in film. However, it was another 12 years before the actual score was released on LP due to Vangelis withholding the rights due to a disagreement.

In the liner notes for the eventual release Vangelis wrote, “Finding myself unable to release these recordings at the time, it is with great pleasure that I am able to do so now. Some of the pieces contained will be known to you from the original soundtrack of the film, whilst others are appearing here for the first time. Looking back at Ridley Scott’s powerful and evocative pictures left me as stimulated as before and made the recompiling of this music, today, an enjoyable experience.”

Vangelis’ score for Blade Runner doesn’t ‘stand out’ as much as it seamlessly blends with the accompanying visuals and narrative to create a completely living, breathing world for the audience to absorb, though Scott’s statement is undeniably true – Vangelis’ music is an omnipresent character in Blade Runner, revealing itself through every scene and directing the turbulent and emotional journey of the audience, helping Scott paint not only his vision of the future, but arguably of what it actually means to be human.

Thanks to NemoStudios.co.uk for gear and equipment information – this really is the definitive guide to Vangelis work and we urge you to give it a read!