Violator marked a new approach for Depeche Mode, and paved the way for both the band’s future and that of electronic music production. Andy Price will make you a believer… The Tracks 1. World in My Eyes 2. Sweetest Perfection 3. Personal Jesus 4. Halo 5. Waiting for the Night 6. Enjoy the Silence 7. […] 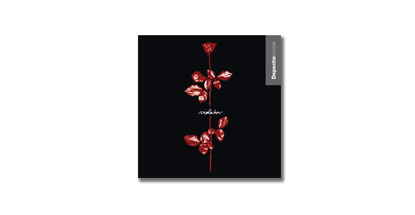 Violator marked a new approach for Depeche Mode, and paved the way for both the band’s future and that of electronic music production. Andy Price will make you a believer… 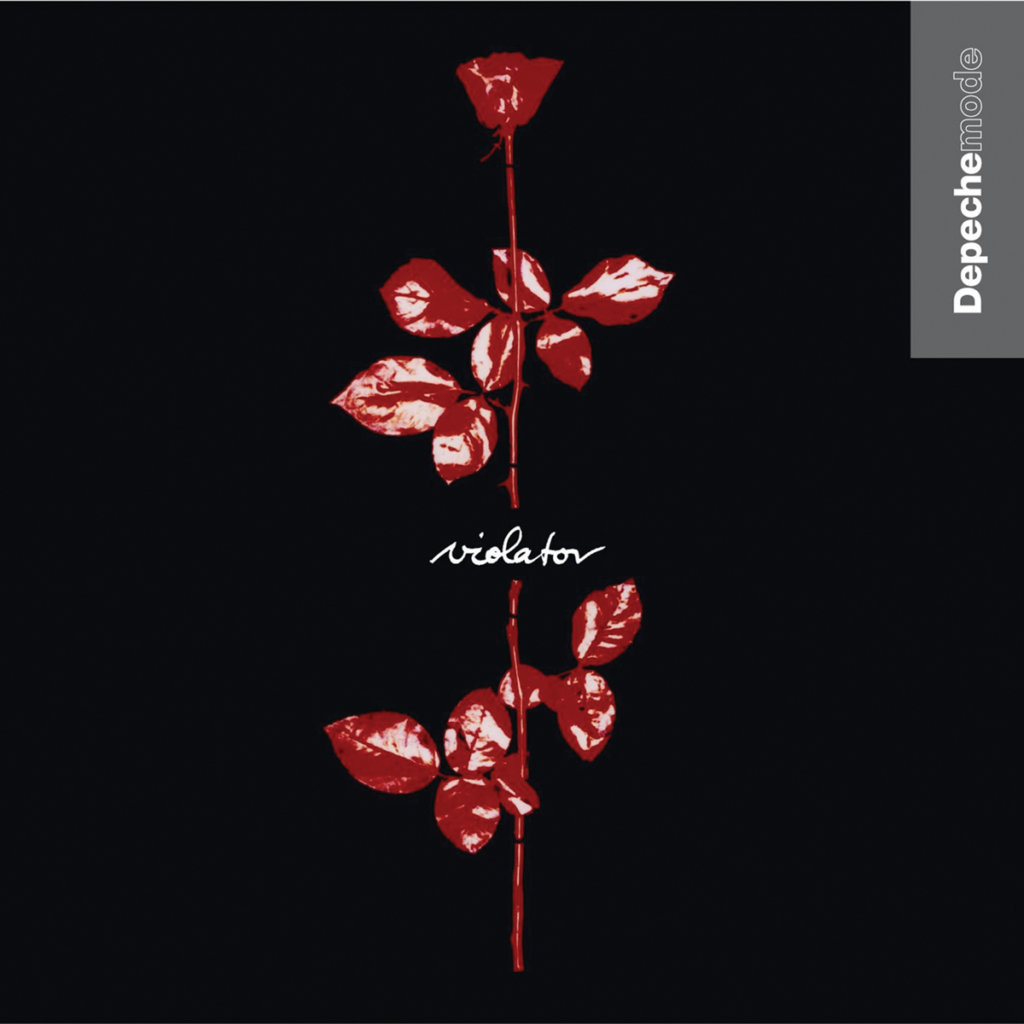 Throughout the 80s, Depeche Mode had established themselves as kings of the electro-pop landscape, albums such as Some Great Reward, Black Celebration and Music for the Masses had defined a sound and style that was both alluringly original and at the cutting edge of technological innovation, winning them a sizeable, dedicated fan base.

During the course of this decade, Messrs. Gahan, Gore, Wilder and Fletcher had developed a working relationship and routine that was, as far as the band were concerned, beginning to stifle rather than fuel their musical ambitions…

At this point Depeche Mode were used to spending a lot of time before the recording of their LPs discussing at length the style, tone and compositional approach that they would use. However, for their seventh (then untitled) record they resolved to try something new. “We decided that as our first record of the 90s, it ought to be different,” Martin Gore told the NME in 1990.

Gore had previously come under fire within the group for going away, writing pretty much complete songs, demo-ing them and almost instructing the rest of the band what to play and how to play it. For this record, Gore intentionally kept his demo ideas as simple as possible, with much of the layering and arranging duties left to bandmate Alan Wilder.

Enlisting the help of the increasingly respected producer Flood (real name, Mark Ellis) the band began the Violator sessions at Logic Studios in Milan. The first fruit of their labours being the instantly addictive Personal Jesus.

Unusually for Depeche Mode the dominant instrument is the electric guitar – a fairly significant deviation for a band that were primarily associated with electronic sounds.

The driving, repetitive rhythm was actually the sampled sound of feet stomping on flight cases and then looped, treated and mixed with electric snare and tom sounds. The mantra-like vocal melody (and brooding croon from Gahan) would cement this track in ears and minds on both sides of the pond following its swift release as a single.

After the resulting success of the single, Gore’s twangy, insistent guitar sound would become a key component in subsequent songs by the band, and Personal Jesus would become many a newcomer’s introduction to the Depeche Mode sound, and go on to inspire a tone and sonic mood that, eventually, would become known as ‘industrial’.

Although Gore’s songwriting and craftsmanship were massively important to the resulting album, much of its sonic depth can be credited to Alan Wilder’s arrangements, utilising an arsenal of vintage synthesizers and sound-generating tools. Wilder used much of the same go-to gear he had been using heavily throughout the preceding decade: an EMS VCS3, Moog Minimoog and Oberheim OB-8 synths, as well as the ever-popular Roland Space Echo and Manley amplifiers.

Reach Out and Touch Faith…
After recording Personal Jesus in Milan, the band relocated to Puk Studios in Denmark to record the rest of the album. Both Flood and Alan Wilder were heavily influenced by the then-burgeoning sound of hip-hop coming out of America and had begun to utilise sampling a great deal during the Violator sessions, building up whole sampled kits and rhythmic loops.

Nowhere on the record is this more apparent than on Halo – a track that uses a drum loop from Led Zeppelin’s When the Levee Breaks that was sampled on an unnamed rap record before being taken off and re-used by Depeche Mode. Flood utilised his ARP 2600 on this track as well, combined with a variety of other modular synths and sampled string sections.

A technique that Wilder had used previously and applied to the Violator sessions would be to stretch a string sample, vary the sound or pitch, and then add in his own strings over the top to concoct new, dramatic sounding orchestral phrases.

A clear example of how being limited in terms of music-making resources (compared to today’s world of endless plug-ins and sample packs) forced Wilder to think outside the box.

Flood’s ARP 2600 synth was essential to creating the meat of Waiting for the Night. Wilder told The Electricity Club in 2011 how the track’s main musical hook was reached: “The ARP 2600 has many flaws when setting up your 16-note sequence, such as tuning and gate length.

We would have fiddled around, tweaking the filters and envelopes within the ARP until we arrived at that particularly hypnotic end result.” Wilder and Flood then used this shape as the sample for each held note on a keyboard or synth, so each chord would trigger this shape, being generated again and again as the chords were played.

The album’s arguable high point, Enjoy the Silence, has subsequently, along with Personal Jesus, become one of Depeche Mode’s most recognisable songs, being their highest climber in the US charts and a ‘jumping-on’ song for intrigued ears to start delving into their back catalogue. The writing of the song began in a much more traditional vein than you’d expect.

Initially a piano-based ballad written by Martin Gore, the song was then (at the suggestion of Alan Wilder) sped up significantly, transforming an otherwise sanguine piano ballad into a pulsing, danceable chart smash.

Perhaps the most ‘mainstream’ single in the Depeche Mode canon, Enjoy the Silence immediately preceded the release of the LP and became the band’s biggest hit. The album version segues into a moody interlude (unlisted on the record sleeve) with a Gore guitar lick that builds and builds before fading out into a distant saw-like synth noise.

Third single Policy of Truth also prioritises pop-friendly melodies and tight rhythm over progressive composition. Yet the mix is fascinating, kicking off with a single note recorded on guitar, then fed into a sampler, looped and fed into a keyboard, adding a bendy, vibrato effect.

The rest of the song features duelling synthesized noises and layered vocals. The band would later state that it took them a great deal of time to isolate a lead riff sound that worked, even attempting to record it on a flute.

Violator’s opening track World in My Eyes was conceived by Martin Gore, recording an as-requested stripped-down demo in isolation. Initially an unremarkable piece, much studio-based enhancing (including the addition of Minimoog mixed together with the ARP 2600 and Gahan’s powerful vocal line) morphed the composition into something much more interesting and the perfect opening to the album.

High-register, almost feminine electronic synth sounds kickstart Blue Dress before the landscape lapses into a moving, phasing texture, along with Gore’s shimmering, washy guitar chords. Gore would describe Blue Dress as a “pervy love song”, the theme of the lyrics being that of a boy witnessing a woman undressing for the first time. The song gives way to the second interlude on the record: a slightly more unhinged little piece that serves to enhance the flow of Violator.

Closing Time
Final track Clean owes much to Kraftwerk and, as the band openly admit, Pink Floyd. It features a bass riff pilfered from Floyd’s One of These Days, with an unusual aural landscape peppered with fragmented electronic melodies and a chugging, mechanical electric bass.

Yet the real highlight of the mix is the sweeping, theatrical vocal melody soaring above the Krautrockian backing by Gahan, singing of becoming “clean” and “an end to the tears, the in-between years” gives a lyrical sense of resolution and exorcism to the closing moments of the album.

The LP’s final mix was led by François Kevorkian with heavy creative input from the band. Although several alternate mixes of the album’s tracks exist (and have been subsequently released) Kevorkian added his own stamp; for example, Sweetest Perfection was overloaded with tape loops, bizarre phased sounds and discordant mania well after recording with the band had been completed.

Upon release, Violator was instantly hailed as a milestone in the band’s history. Referred to as a “perfectly formed void” by Tom Nicholson of Record Mirror, most critics were enthralled by the album’s textured, dark and edgy sonic landscape as well as its pop sensibilities.

It was massively successful commercially, too, and became Depeche Mode’s breakthrough record in the US and their first LP to sell over a million copies in the land of the free. It also generated four top 20 singles in the UK.

Now regarded almost universally as Depeche Mode’s high point, Violator is a fine example of a band pushing their creative and musical limits and, rather unexpectedly, being richly rewarded in both sales and near-universal acclaim.

Dave Gahan
Gahan’s dark vocal power was a key ingredient to the mainstream success that the release of Violator would propel the band to.

Alan Wilder
Wilder worked closely with Gore to arrange the material on Violator. He was also responsible for many of the textured synth sounds.