David Bowie has had many high points in his varied career, but musically Low is still unsurpassed, argues MusicTech’s resident Duke worshipper Andy Price… Engineer Brian Eno and David Bowie Producer Tony Visconti and David Bowie The Tracks: 1. Speed of Life 2. Breaking Glass 3. What in the World 4. Sound and Vision 5. […] 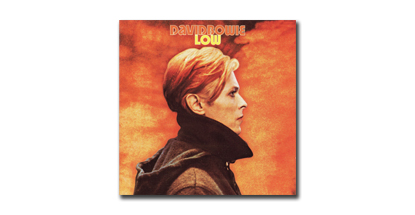 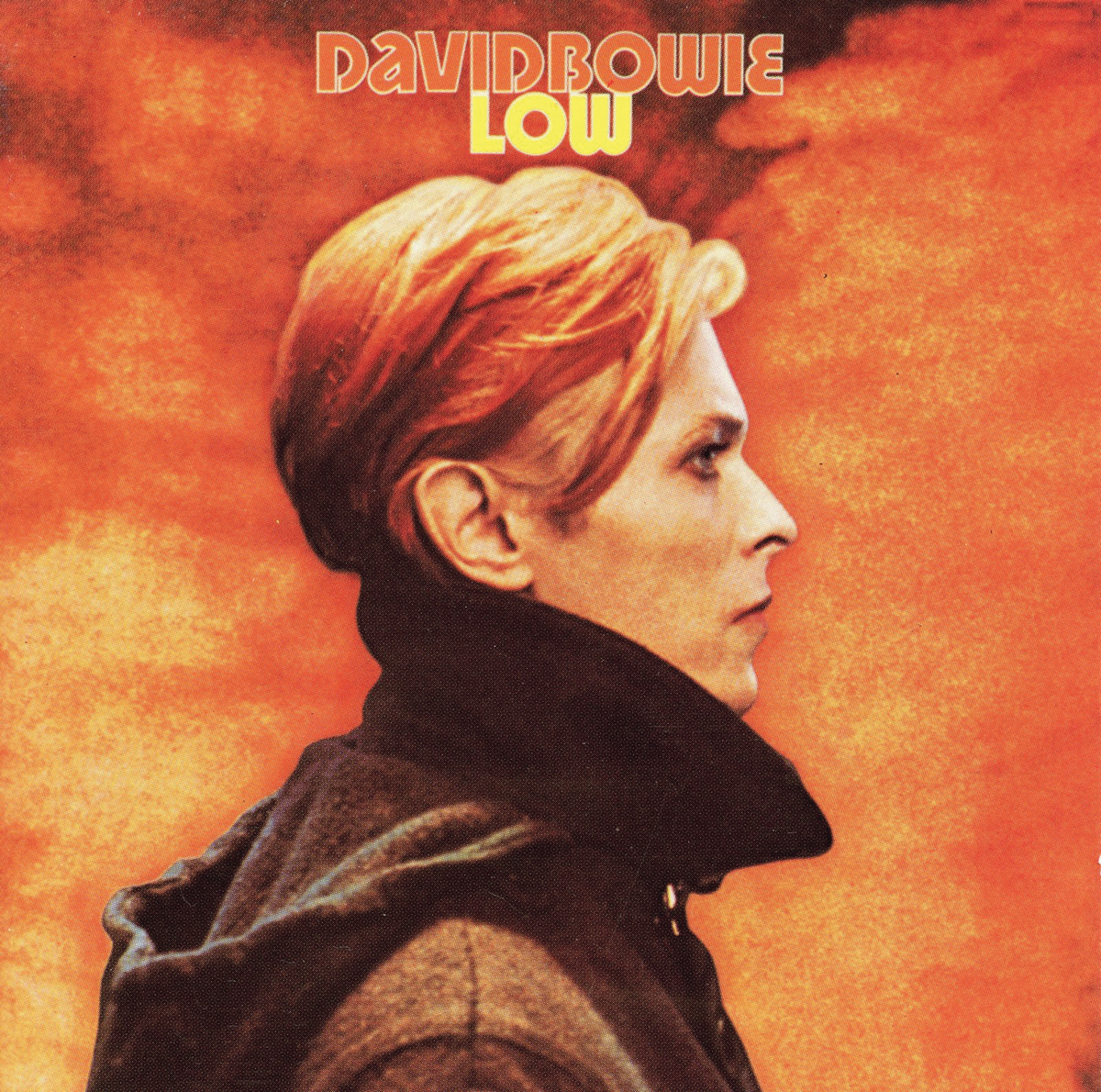 Nineteen-seventy six was a troubled year for everyone’s favourite extraterrestrial pop messiah. Having long-shed his Ziggy Stardust persona and his subsequent finger-snapping soul-boy image, Bowie’s new showbiz life in LA had taken a dark turn as this increasingly emaciated musical titan became obsessed with Nazi ideology, the occult and (to a near-fatal level) cocaine.

1976’s Station To Station however was, despite all this, a very strong record, proving that, although physically and mentally the Thin White Duke wasn’t in the healthiest of places, musically he was still firing on all cylinders.

It was during 1976 also that Bowie took on his first major film acting role in Nicholas Roeg’s The Man Who Fell To Earth bringing the emotionless alien Thomas Jerome Newton to life and receiving accolades for the depth of his portrayal. Yet throughout this time Bowie’s addiction continued to dangerously rule his existence, influencing both his public and private lives.

Bowie moved to Switzerland in an effort to clean himself up and distance himself from the hollow fakery of LA celebrity culture, the soul-destroying effects of cocaine and to explore new musical frontiers. After working with his good friend Iggy Pop and producing his much-lauded solo debut The Idiot Bowie soon began work on his next record.

Initially titled New Music Night And Day, the album would be the first of three collaborations with Brian Eno whom Bowie had befriended several years ago during their glam rock days. Although Eno would be a significant figure in the studio, generating ideas and pushing Bowie in new directions he did not produce the record, the album was produced by Bowie stalwart Tony Visconti.

Guitarist Carlos Alomar had worked with Bowie since 1975’s Young Americans, co-writing the massive, US number one hit Fame. He was brought over to the Chataeu d’Herouville studio in France to once again provide his distinctive funky rhythm guitar for the album, he spoke to MusicTech about his time working on Low. “It seems that David and Eno had spoken about working together on an experimental project and the time seemed right” Carlos tells us.

“David was always one to be listening to a lot of eclectic albums from Kraftwerk, Nina Simone and Wire and it seemed that one of Brian’s more long-toned, dreamy, soundscaped albums must have caught his attention. The concept seemed to make sense though – create a synthesized world and then see if there is music to be found in it.”

The tracks conceived for the record followed two general patterns which would later be ordered on the two different record sides: the funky, fragmented pieces featuring a traditional band set up (Bowie’s by then standard players included Carlos Alomar on guitar, Dennis Davis on drums and George Murray on bass) would make up side A and the synthesised soundscapes would feature on side B. “All cards were off the table for this album,” Alomar continues.

“We knew that Brian, was running the show. Visconti and I had brought all our effects. I had foot switches, by-pass phasers and Tony had his toys. Brian had a synth that had a magnetic ribbon hanging from it. I later found that he could connect with it somehow, through this ribbon and have it sequence. Pure Genius.”

An Eventide Harmoniser was used a lot throughout the whole album

Side A kicks off with an abrupt fade into Speed of Life, a brief, vocal-less, synthy overture to the auditory journey that follows. Bowie foregrounds his ARP 2600 while the band play a circular rhythm. The drum sound is deliberately treated to be harsh and stark (on this track and the rest of the record) with Tony Visconti’s Eventide Harmonizer H910 and fades out just as abruptly as it began, giving the impression of a door being closed – and setting the scene for a salvo of fragmented mini-epics…

Alomar remembers the making of the shortest song on the album, the infectious and insistent Breaking Glass: “David and Angie (Bowie) had been arguing and it was easy to hear what was going on, so the music of the song needed to represent the way people argue. I really thought out the arrangement.

The drums and bass start out like somebody knocking on the door hard, I then introduce the first signature guitar line. When the vocal starts I hit one ‘A’ note but I slam the shit out of it, and keep droning it hard until the signature line begins again. Basically that’s what I was thinking. David loved it, Angie hated it!” Eno provides the shocking bursts of Minimoog, sandwiched between Bowie’s first set of tortured, purposefully emotionless lyrics.

Perhaps the albums’ most conventional song follows, What In The World features a guitar duel between Alomar and guest lead player Ricky Gardiner. “He was a lovely chap,” Carlos remembers. “Our personalities were well fitted, with him as lead guitarist and me as rhythm. As always I tried to honour his role by laying down rhythm ideas then, collaborate with him about what would be the best approach for his parts.

Although on some songs like Breaking Glass, the first part I laid down was a lead guitar part so we kinda switched roles comfortably on many songs.” Low’s first single Sound And Vision was an unlikely change in direction from the rest of the record. “David wanted the bright, jaunty rhythm,” Carlos reflects. “He wanted a kind of Bo-Diddley beat, so Dennis and I nailed the groove, I played some harmonised accompaniment, one cascading synth chord and the music was done, simple and complete.

Visconti’s wife Mary Hopkin later laid down some vocals and David even repeated the descending vocal scale he used on Fame with ‘blue blue electric blue,that’s the colour of my room’. David later busted out his sax and channeled all his jazz saxophone heroes into the finishing touch with his solo – pure pop bliss.”

Be My Wife was Low’s second single – an uncharacteristically jaunty piece musically, the lyrics however fit with the Low’s general theme of despair, loneliness and travel. The video finds Bowie looking a little worse for wear!

A New Career in a New Town

The instrumental side of Low is often regarded as a musical travelogue, a journey through Europe from the perspective of an outsider but the journey really kicks off with side A’s closing track A New Career In A New Town.

A Kraftwerkian pulse echoes through a tight, r’n’b beat, with shards of Eno’s synthesiser filling in the gaps, while Bowie’s despairing, wailing harmonica adds a human touch. Warszawa and Art Decade open the second side of Low with an overtly Eno-directed vibe, with Eno himself working on the tracks in isolation while Bowie left the studio for a few days to go to Paris. Eno used a combination of piano, Minimoog, EMS Synthi and Chamberlin to paint these textured, sonic landscapes.

In counterpoint to this, on the track Weeping Wall Bowie created and recorded every element of the mix himself at Berlin’s Hansa Studios, the setting where he would later record follow-up Heroes.

“On Side B we were asked to think ‘linear,’” Carlos tells us. “They put counting on the recording so we could tell where we were and then asked to play at specific spots, like ‘Carlos play something, anything from 67-93, then from 112-143’.

Once I was musically blocked on what to play we usedBrian’s Oblique Strategies cards. I picked a card that read ‘do we need holes?’ It was perfect. I then proceeded to play a continuous line without stopping!” 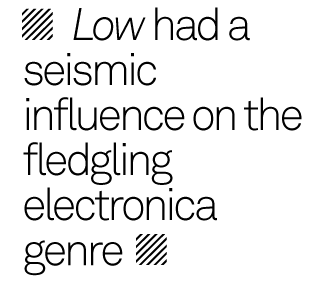 Closing track Subterraneans incorporates elements of Bowie’s abandoned attempt to create a soundtrack for The Man Who Fell To Earth with quirky descending bass, mumbled intoned vocals and sharp, insectoid synth bringing the album to a close much how it began: grippingly inconclusive.

Initial critical reaction to Low was mixed – some lauded its remarkable and brave attempts to push contemporary music into a much more cerebral plane whereas others, including Bowie’s long time NME champion Charles Shaar Murray were slightly less than enthused. “Who needs this shit?” he wrote .

In subsequent evaluations of both Bowie’s career and the development of pop music as a whole Low has taken pride of place at the pinnacle of his oeuvre. It had a seismic influence on the fledgling electronica genre and the stripped down anguish of Side A juxtaposed with the desolate, European soundscapes of Side B would influence many of the pop-chart toppers of the next decade from Joy Division to Gary Numan.

When asked about his opinion of Low now 37 years since it was created Carlos Alomar simply tells us “I am always proud of my contributions to David’s albums. I walk in with no knowledge, concept or demos of anything. Everything is conceived in the studio. That in itself is amazing. The fact that in hindsight the Berlin trilogy of albums are now deemed brilliant doesn’t impress me. Because when they were released they confused the hell out of a lot of people. But I guess that with David Bowie each album brings a new challenge for both musicians and the fans.”

David Bowie
Struggling to overcome cocaine addiction, Bowie moved to Europe and began work on the Berlin trilogy. An album series that he would later refer to as his ‘DNA’

Brian Eno
The former Roxy Music synth androgyny now turned ambient pioneer had been a friend of Bowie’s for a long time, the two would work closely on the compositions for Low.

Carlos Alomar
“We knew that we would just have to do this album and then, go home,” Alomar tells us. “We were focused though, on delivering powerful, joyous, unified tracks that David would love. And we did”

Tony Visconti
Visconti’s role as producer of the Berlin trilogy is often understated, but his work on Low would cement a relationship that endures to this day. Visconti returned last year to record The Next Day.