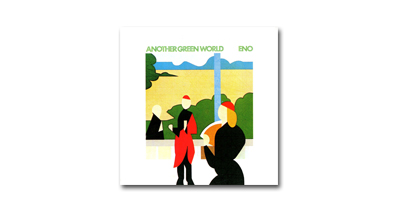 Eno’s masterpiece, Another Green World, was one of the first albums to truly use the studio creatively, as Andy Price reveals… 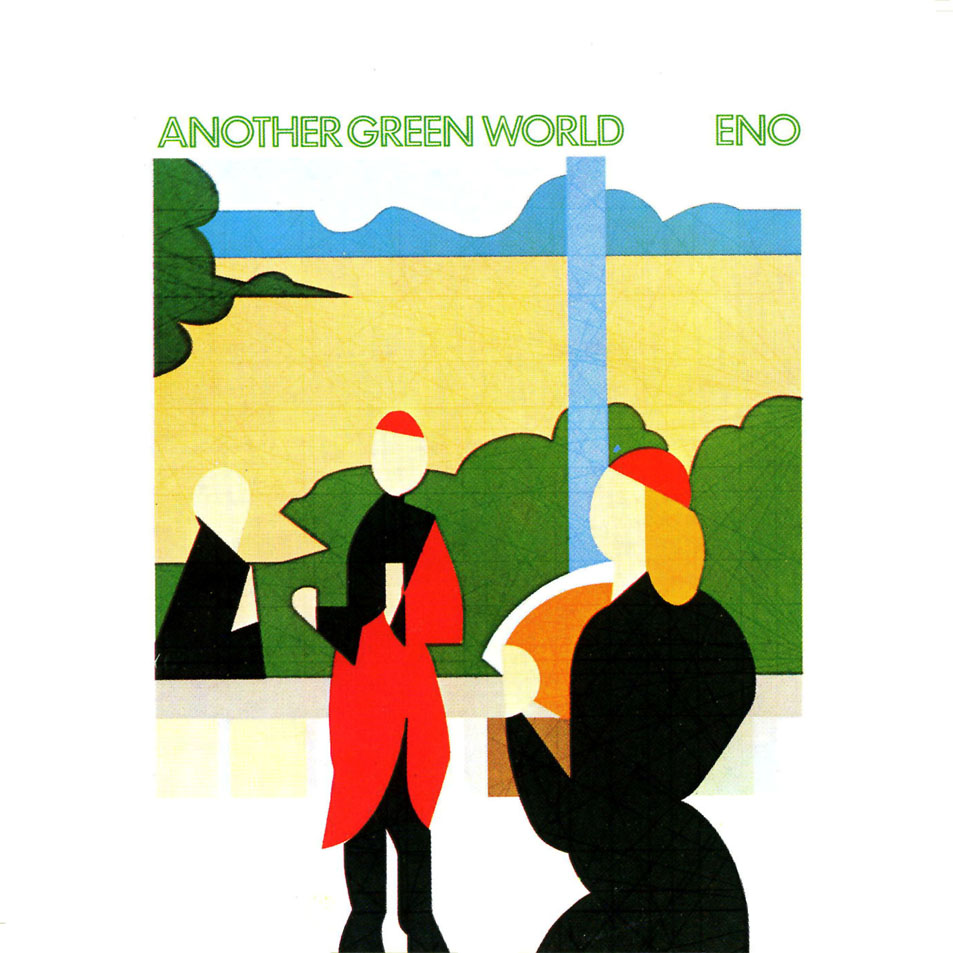 Another Green World was Brian Eno’s first ‘experimental’ record – i.e the point at which he abandoned the conventions and structure of traditional songwriting (on the whole) and instead delved deep into new forms of sonic manipulation and adopted a more painterly approach to music making. Although a departure from his traditional creative methods, Brian Eno had long been at the forefront of new sounds and ideas in pop music.

In Roxy Music, Eno had cut a flamboyant, elfin and quasi-futuristic figure with his androgynous look counterpointing the arch-masculinity of lead vocalist Brian Ferry. Roxy’s sound as a whole was a curious fusion of nostalgic, 50s rock and roll aestheticism mixed with spacey, glammy distorted synth lines. Eno’s role initially was that of live mixing desk operator, using his VCS3 synthesiser to process and manipulate the band’s sound, before eventually becoming a full time member of the group with his sound helping to firmly define their quirkiness amid the sea of early 70s ten-a-penny glam rockers. 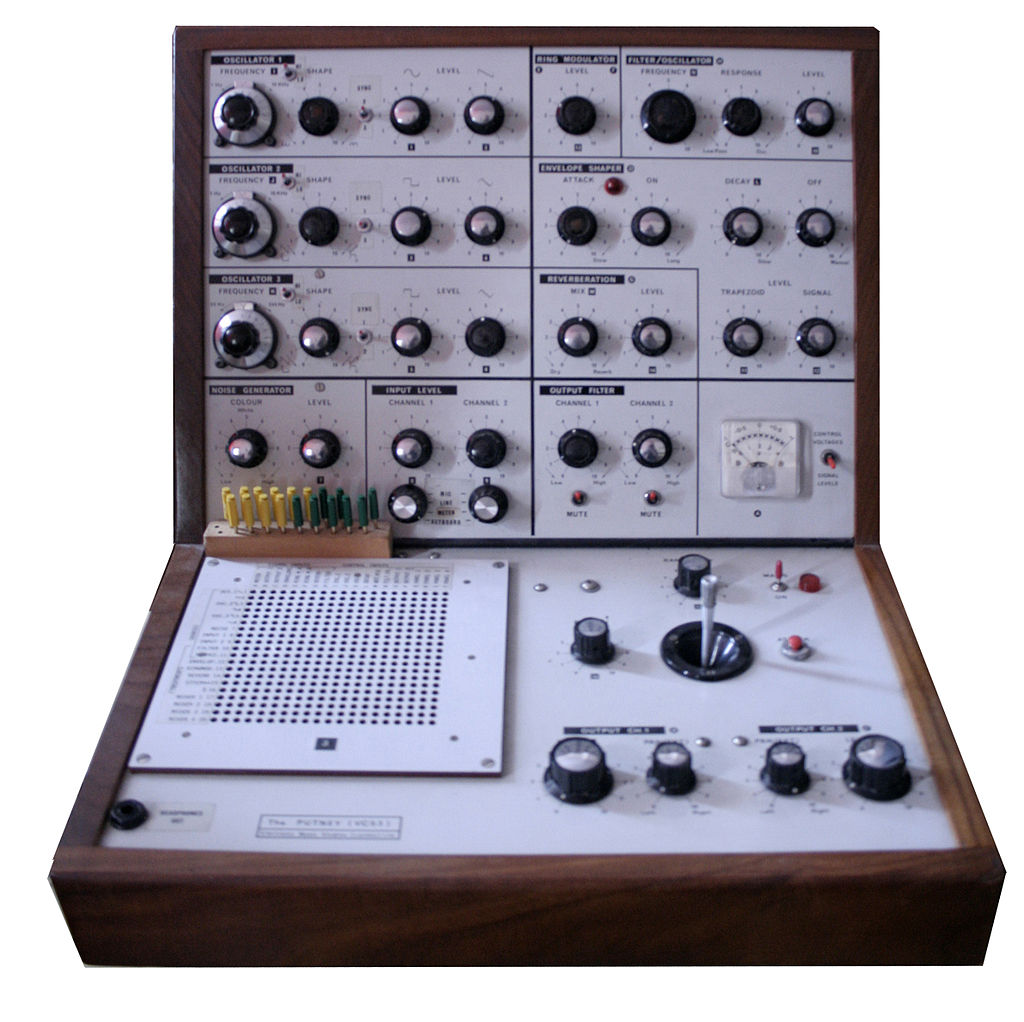 However despite his pivotal, co-frontman role in the band during the early 70s he decided to leave the band at the height of their success to focus on his own creative projects. His first couple of solo releases Here Come The Warm Jets and Taking Tiger Mountain (By Strategy) were similar to the kind of work written in Roxy Music, yet Eno had started to take up some unusual, creatively stimulating writing methods, including dancing around the studio in increasingly bizarre fashions and having his musicians soundtrack his movements accordingly.

His first two solo releases were extremely positively received by critics yet made little impact on the charts. Unphased by this, Eno began work on Another Green World – an even more radical sonic departure – in June 1975, entering London’s Island Studios with literally no music prepared, seeing the oncoming sessions as a complete creative exercise from start to finish.

Although Eno had hoped that the fresh and clear approach to album-craft would be productive, he struggled to amass anything nearing recordable for the first four days. This forced him to once again utilise an ideas-generating technique he’d perfected on his previous record.

The Oblique Strategies were a series of instructional, random orders that Eno himself conceived that are intended to break through creative barriers and stimulate new approaches. Instructions such as ‘Honor thy error as a hidden intention’ and ‘Define an area as safe and use it as an anchor’ forced Eno and his enlisted band of musicians to re-think their dyed-in-the wool writing methods and be more open minded. The 14 tracks that make up the record were all generated using these strategies.

The musicians that played on the record included a staggering array of iconic and highly regarded figures. The likes of Phil Collins, Percy Jones, John Cale and Robert Fripp all contributed. Fripp’s often demented and occasionally magical guitar lines lit up the record.

The uplifting chorus of St Elmo’s Fire is a particular example along with his classical guitar inspired lead parts on Golden Hours which work brilliantly with Eno’s sumptuous synthetic textures.

Phil Collins provides characteristically tight, powerful drumming, best demonstrated on the track Over Fire Island. Collins would later recall some of the Oblique Strategies Eno employed: “He gave us all a bit of paper, and we made lists from one to 15. Eno said ‘No. 2, we all play a G; No. 7 we all play a C sharp’; an so on. So it was like painting by numbers.”

One of the many out-of-the-ordinary things that Eno did was to rename his instruments, and for this record he had quite a number of them at his disposal. For instance the ‘Leslie piano’ was an acoustic piano which was miked up and fed into a Leslie speaker with an in-built revolving horn speaker. The ‘Castanet guitars’ were normal electric guitars which were beaten by mallets and then treated to sound vaguely like castanets.

Eno also incorporated a ‘snake guitar’ and a ‘digital guitar’ which Eno told Arena (the TV programme which used the music as its theme), “The kind of lines that I was playing reminded me of the way a snake moves through the brush, a sort of speedy, forceful, liquid quality. Digital guitar is a guitar threaded through a digital delay but fed back on itself a lot so it makes this cardboard tube type of sound.” Eno said of his unorthodox use of instruments: “I shouldn’t really use the word ‘musician.’ I don’t play things very well. I use them quite well.”

Although Eno is often regarded as a synth-based artist, at this point he was no virtuoso on any specific instrument – his particular skill was treating, processing and producing sound. By the 1980s Eno would of course develop into a bona-fide synth player extraordinaire, his instrument of choice being the Yamaha DX7. His lack of formal musical training and art-college background was certainly a contributing factor to his more painterly perspective on music.

On the whole Eno’s song (or music) writing was dramatically different to his previous output, with only five of the 14 tracks on Another Green World containing lyrics. Eno’s lyric-writing too though was non-standard – he would warble unusual vocalisms and incoherent syllables to himself and then listen back to the recordings and form them into real phrases, words and ascribe meaning to them.

This typically Eno approach was used on all of his vocal-based recordings throughout the 1970s, encouraging David Bowie to use the same method when working with him on his 1977 masterpiece Low.

The rest of the record was dominated by synth-heavy ambience and surreal, detached minimalist melodies and evolving motifs. Tracks such as opener Sky Saw have instruments in a state of constant flux, sweeping and changing over a simple but groovy bass line which is the only part of the piece which stays the same.

On the tracks In Dark Trees and The Big Ship Eno shunned his enlisted band of musicians and played every single instrument himself, including various synthesisers such as the Minimoog and VCS3. He used his Revox A77 tape recorders for both recording and processing and also manipulating using varispeed and looping and created synthetic percussion and a treated rhythm generator. Tracks such as the often unfairly derided I’ll Come Running also offer the listener a more traditional pop-based relief from the more extreme sonic explorations. 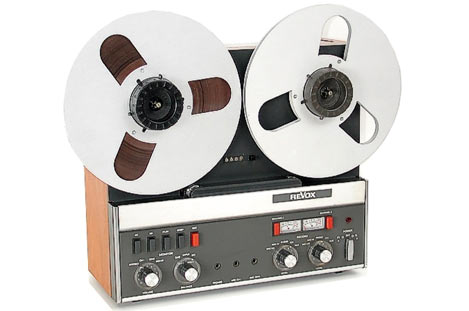 Overall Eno’s musical themes are meditative, ambient waves of sound with only I’ll Come Running and St Elmo’s Fire serving as a reminder of this more conventional pop-past, starkly counterbalancing the instrumental pieces.

The album took a month to record, produce and master, all at Island Studios. When the record was finally released in September 1975 it failed to chart in both the UK and the US yet, critically, it was almost immediately venerated with almost all key music publications of the time describing it as a major triumph. Modern perspectives of the album have, if anything, got even more favourable. Steve Huey of
Allmusic regards the album as a “universally acknowledged masterpiece, the perfect introduction to his achievements, even for those who find ambient music difficult to enjoy”.

Eno would describe the type of music he sought to create as “Avant-garde music” and “fiercely intellectual, fiercely antiphysical. Whereas rock is fiercely physical and fiercely anti-intellectual.

I wanted to try to find a meeting of the two which would actually not be frightened of either force.” The album’s final track Spirits Drifting closes the record with a ghostly, ethereal simplicity and pointing the way forward to Eno’s future works. Another Green World is now generally considered to be Eno’s most important record, a brilliant, startlingly innovative triumph that cemented his reputation as a highly versatile, intelligent and pioneering figure in music and art, and would be his first to be conceived and created entirely in the studio.

More than that, on Another Green World Eno used the studio itself as an instrument, treating his tracks, pushing his (then primitive) analogue synths beyond their capabilities and cutting up tape-loops of percussion sounds.

Eno created a record without parallel, pushing the boundaries of sound yet still being infinitely accessible and a great jumping-on point for newcomers to his music. Eno would later say that during this period: “I saw the studio as a place to study sound, invent sound and craft it in ways you couldn’t do with live instruments”. An extraordinary piece of work that offers up new fruits on each listen, Another Green World is a true landmark production