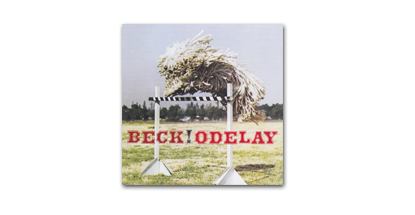 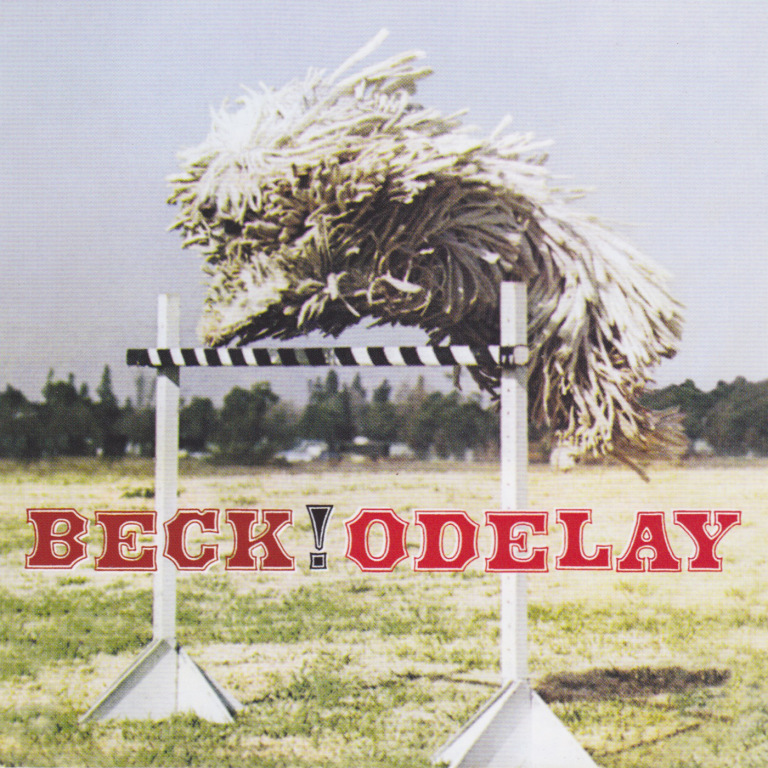 Few albums receive near-unanimous critical praise, but Beck’s 1990s cultural landmark Odelay is one such example – and not merely for the genre-defying songs that make up the 13-track record, but for the audacious and unprecedented approach to music-making that was behind its creation. Odelay was Beck’s fifth studio album (his second on a major label) and was released on 18 June, 1996, after a period in production that spanned nearly two years.

Prior to the making of the album, Beck suffered bereavement when his grandfather (famed artist Al Hansen) passed away, an event that combined with a number of other personally affecting tragedies to result in a more lachrymose young songwriter whose style had become more melancholy and introspective.

After some initial writing sessions with the co-producers of his major label debut Mellow Gold (Tom Rothrock and Rob Schnapf) proved unfruitful (only the tender lament Ramshackle would survive to the album proper), Hansen would recruit the two pioneering figures who had built the Beastie Boys’ superlative Paul’s Boutique and adopt a more innovative groove-based sound built on a technology that had grown massively in the preceding decade – sampling.

Legendary sample gurus the Dust Brothers (aka EZ Mike and King Gizmo) had seen one of Beck’s breathtaking live shows and were overawed by the young man’s natural talent and showmanship. After getting in contact and discussing creating new music together, it wasn’t long before Beck and the DBs realised they had common interests and began working on the material that would eventually become Odelay at their tiny studio/home in Silver Lake, Los Angeles.

Beck was already familiar with sampling and wanted to further explore the vast range of possibilities that this new science opened up. He asked the brothers Dust to play him a variety of music from their gigantic and eclectic record library in his search for sounds and elements that he could use to construct the new material.

Although sample-heavy, the tracks on the album would be predominantly approached as songs first: “Beck would say, ‘I’ve got some ideas’, and plug in his guitar and start riffing,” EZ Mike recalls of Beck’s approach during this period. “He’d play a bar or a measure and we’d take that and loop it up and he’d be like, ‘Oh that’s incredible!’.”

Using an early version of Pro Tools (back when it was still a Digidesign product) often raised infuriating issues when recording – the main one being that the Dust Brothers’ computer needed half-an-hour to compile the track data after each take: “Pro Tools was so primitive; a lot of times the takes would be lost, so we would just be praying we wouldn’t have to start over,” Beck would remember in an interview with Rolling Stone in 2008.

Many of the tracks on Odelay made use of a collection of old, discarded Moog synths: “The only people using Moog synthesizers were Stereolab and a couple of indie bands.” Beck would say in 2008. “So you could go to pawn shops and get them for 60 bucks. I had a pile of them and I’d bring one in and use it until it broke, then go get another one.”

The tracks recorded over this long and painstaking production period included the raw and powerful Devil’s Haircut, which would kick off the record with what sounds like a straightforward live band. In reality, every element of the mix is sampled (or borrowed) from elsewhere, with only the circular central riff being played by Beck himself through a fuzzed-up, 20-watt amp.

However, this riff was actually based on a Them cover of I Can Only Give You Everything (Them being Van Morrison’s great 60s collective and a favourite of Beck’s) while the drum loops come from another Them cover, this time of James Brown’s Out Of Sight. Beck delivers the first set of Odelay’s lyrics – a mish-mash of bizarre, bluesy Crossroads imagery and curiously macabre, dark visuals – before breaking down into a furious, demented screaming refrain – Devil’s haircut! In my mind! – at the song’s end.

The Enchanting Wizard of Rhythm

Hotwax ramps up the previously hinted at but never fully explored hip hop elements which by the mid-90s had started to significantly populate the mainstream. This track also allowed the Dust Brothers free rein to incorporate their own unique flavour, including the Beastie Boys-esque disc-scratching turntable effects, while Beck padded the sonic landscape with staccato clavinet, Moog elements, demented harmonica and the foregrounded slide-guitar, which recalls Beck’s signature hit at that time, Loser.

The track segues into a mysterious, psychedelic final section in which a voice proclaims himself ‘The Enchanting Wizard Of Rhythm’ – in reality, the voice of Beck’s friend Ross Harris, referencing a spoken-word section from the track Universal Rhythms by the band Mandrill. Like the Devil’s Haircut riff, this is another example of directly referencing – but not explicitly sampling – influential music that Beck would weave into the sonic melting pot that would become Odelay.

Another track was originally dedicated to Beck’s recently deceased grandfather and would give Beck the chance to explore his guitar-playing chops. Initially the song was titled Ondele, but after it was misheard by one of the Dust Brothers as ‘Odelay’ the name stuck and became the overall title of the album, while the song itself became Lord Only Knows. Flashy lead lines sat between the more traditional verses, with the hammer-on/pull-off technique recalling Eddie Van Halen’s melodramatic approach, but counterbalanced by a monotonous, robotic drum loop (a sample from Edgar Winter’s song When It Comes).

The New Pollution was an obvious choice of single, with its fast, funky groove, prominent sax sample (from the 1976 track Venus, by jazz musician Joe Thomas) and lyrics expressing Beck’s dissatisfaction with technology (the ‘new pollution’ of the title).

Derelict would incorporate eastern instrumentation including a sitar, a tamboura and a suspenseful organ to conjure a haunting, dark landscape. As the Dust Brothers recalled: “You toss an idea his way, and instead of rejecting it he’ll turn it into something fantastic. He looked in The Recycler [a local magazine] one day and saw a guy in Santa Monica was selling Indian instruments. Two hours later he came back with a sitar and tamboura and said, ‘Let’s record something’.”

The ironically titled Novacane was a powerful and energetic track that featured Beck providing vocals through a walkie-talkie to emulate the effect of a CB radio, with a heavy punk rock riff and a torrential assault of lyrics that according to Beck arose during a conversation with director Spike Jonze: “One of our first conversations was about the movie Convoy,” Beck recalled. “He was obsessed with it. He wanted to do a video where I was in a convoy, so I wrote all this truckers-going-into-oblivion imagery that became Novacane.”

That Was a Good Drum Break…

Odelay’s first single, Where It’s At, was a remarkable composition with an infectious Casio riff at its centre. It would also provide a sonic showcase for the record with the heavy use of sampling, turntable scratch effects and Beck’s communal, party-oriented lyrics. Using a smattering of vocal samples from the (now rather hilarious) educational recording Sex For Teens (Where It’s At) from 1969 (including ‘What about those who swing both ways, the AC/DCs?), the song has a liberal, youth-skewed lyric in which the DJ becomes the centrepiece of a sexually charged happening.

High 5 (Rock The Catskills) was one of the first pieces that Beck worked on for Odelay with the Dust Brothers. A sample-heavy composition, the track took several weeks to form and is perhaps the track on the record that has a more overt Dust Brothers stamp than a Beck one, as old-school hip hop samples sit precariously with Latin acoustics, classical music and subdued but funky bass.

“We went crazy on High 5,” Beck would recall. “It’s a chaotic cut-up flying-everywhere-at-once song, with the Dick Hyman bump’n’grind. We spent weeks on that. That’s what I go for a lot: putting three or four songs into one.”

The album’s final track, Ramshackle, was a much more downbeat, stripped-down and uncomplicated recording compared to the rest of the record. Written and recorded before the Odelay sessions with the Dust Brothers had begun, the song is a simple yet effective acoustic piece in which Beck sings a lyric that evokes the desperation of being homeless, yet the multitrack vocals during the choruses counterbalance these stark verses and draws the album to a close with a unifying, uplifting vibe.

Odelay met with near-unanimous approval and cemented Beck’s reputation as a restless pioneer. Despite its eclectic nature it worked as a cohesive artistic piece. Beck’s genre-bending – with the aid of the Dust Brothers’ creative sampling – helped to push music lazily labelled ‘alternative’ away from the grungy, slacker aesthetic that had dominated its perception in the early 90s into something far more leftfield. With Odelay, Beck demonstrated to Generation X that following the rules was not mandatory