How to create a Chicago-style 303 acid house bassline

Get the sound of everyone’s favourite bass synth in your DAW in no time. 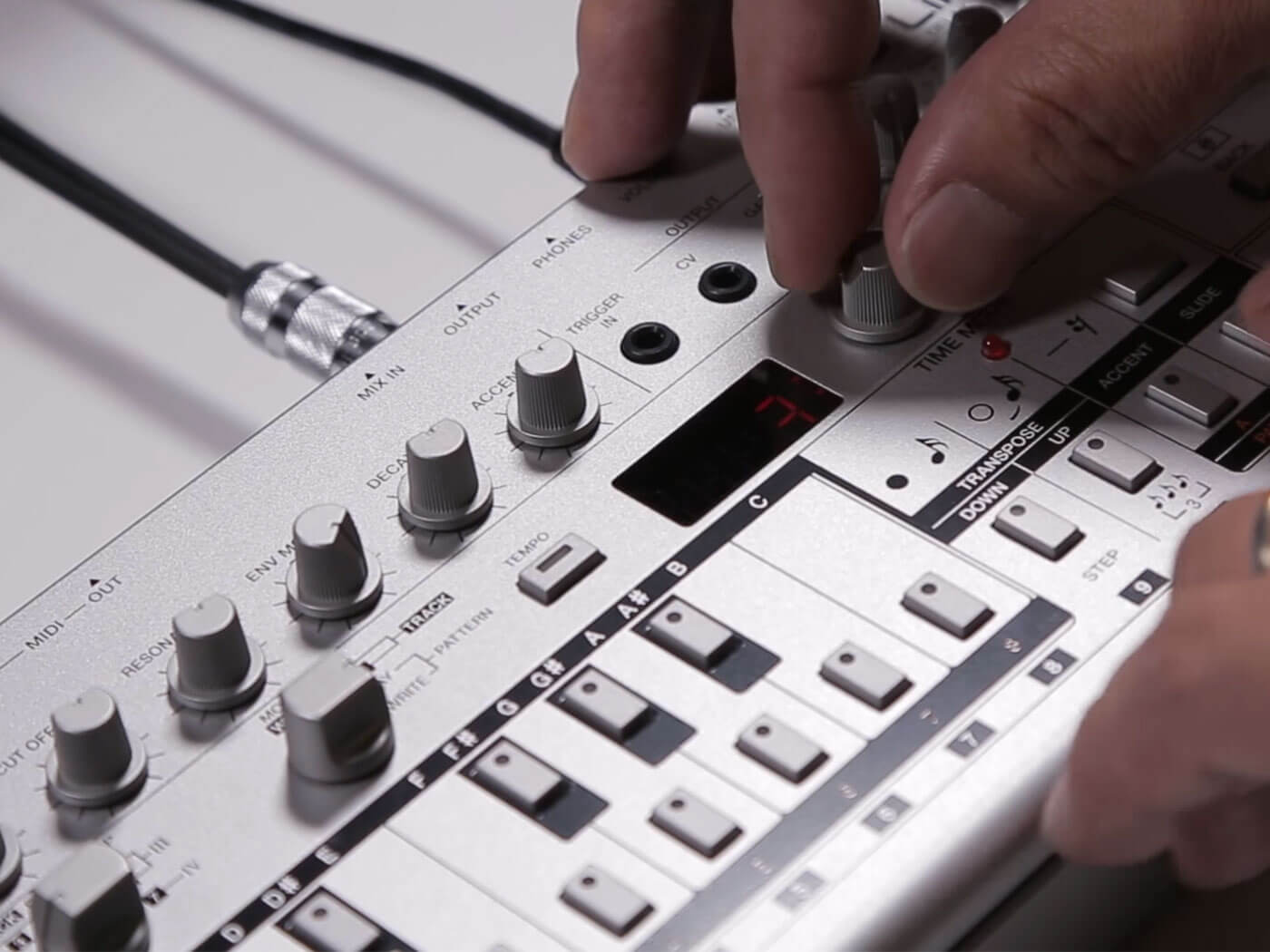 Roland’s TB-303 is a perennial favorite that’s capable of creating distinct and powerful basslines. It’s been used by myriad artists, from synth pop groups like Heaven 17 to modern techno masters like Charlotte de Witte. However, it was early Chicago house producers who put the 303 on the map, using it to create what later became known as acid house – a minimal and psychedelic variant of house music.

Classic acid house, as pioneered by artists such as Phuture, Adonis and Mike Dunn, has some idiosyncrasies, from programming style to the subtle tweaking of filters. The TB-303’s workflow is a little more involved than just inputting some notes and letting it run like a modern sequencer-driven bass synth. Don’t worry though, once you’ve got the knack, the 303 is a blast. It just helps to think a little outside the (silver) box.

Original 303s are now prohibitively expensive. Thankfully, there are a number of software emulations on the market, including D16 Group’s new plugin, Phoscyon 2. It sounds the business and includes a number of handy modern extras. We’ll be using it to create a Chicago-style bassline in this tutorial but other emulations – or even the hardware – will get you similar results. You can use other software like Roland’s own Roland Cloud TB-303 plugin or AudioRealism’s Bass Line 3, for example.

Here’s the finished bassline on top of a TR-909 drum loop.

Start by placing your 303 emulator on a MIDI track in your DAW. Make sure the patch is initialised. If you’re using Phoscyon 2, you can do this by selecting the Init patch from the Scene preset browser.

Next, try programming some notes into the onboard sequencer. Part of what made Chicago acid house so psychedelic was the programming itself. The original hardware is notoriously hard to program so producers did so almost randomly. In that spirit, enter sixteen steps of notes quickly into the graphic step sequencer display. Don’t think about it too much – we’ll be modifying it more over the coming steps. Hit play in your DAW to hear how it sounds.

You’ll notice that you can easily change the octave as well. Although Phoscyon 2 allows you to go one octave down and as many as three up, the original hardware only offered one octave up, so let’s stick with that. Try entering some octave jumps. Remember that it doesn’t have to sound like something a human bassist would play. Although that was Roland’s original intention, the Chicago producers freed the 303 from any such constraints to reality!

It’s coming along nicely but resist the urge to scream out “Acieeed!” just yet, as there are slides and accents still to input. Arguably the single most important elements of the acid sequencer experience, slides and accents help make the bassline wiggle and pop. As before, enter some at random across the bottom of the sequencer grid. If you don’t like something, you can erase it and try again.

For extra weirdness, try engaging the Random button. The red highlighted areas in the sequencer will be affected so turn off any notes, octaves, or other parameters that you don’t want to change. Hit the Draw button to generate a random pattern and then use the amount dials to increase or decrease the randomness.

It’s wise to save your pattern before randomising just in case you don’t like the results.

If you’re not fully happy with your pattern, you can use the Shift button back on the Edit page to slide the whole pattern over to the left or right in single step increments. You’d be surprised at how just a few clicks of this button can completely change the feel of the bassline.

Finally, reduce the length of the pattern from 16 to an odd number like 15 or 13. This will cause it to cycle around uncoupled from the sixteen notes of the bar, creating a woozy and unstable bassline. And that’s your pattern sorted.

Distortion plays an important part in processing the 303 for modern genres like acid techno, but it was less common in 80s Chicago house. Still, a little saturation can help replicate the lo-fi feel of those classic old records, which were often recorded via reel-to-reel or even cassette tape.

Turn on the Distortion module by clicking the Active LED. Stay with the default Diode Clean algorithm for saturation. Try deploying Dynamics to compress the distorted signal. Select Post on the Order switch to apply dynamics after the distortion. Lastly, adjust the Drive and Color knobs to taste.

A classic characteristic of old-school acid house is tight digital reverb. You can add some of this flavor to your bassline with the Reverb effect module. Turn on the module and go with short predelay and Early/Late knob settings, zero feedback, and effects amount as you see fit.

By limiting the reverb, you can exaggerate the effect. Move the Reverb module to before the Limiter in the signal flow, and make sure the Limiter is on. Use short attack and release settings, a medium threshold, an appropriate amount of gain, and engage the Soft Clip button to introduce extra saturation.

For the final effects stage, use the EQ to shape the sound. First, turn on the EQ module. Next, click the Edit button to reveal the additional parameters. Use the Freq, Width (or Q), and Gain knobs to emphasise the low- and high-frequencies, and decrease the boxy low-mid frequencies.

That’s your acid bassline finished. All that’s left to do now is tweak those knobs and record the automation. This would also be an appropriate time to finally yell “Acieeed!”