The history of sample-based synthesis

The quest for creating super-accurate acoustic instrument emulations began at the same time as the very earliest electronic instruments were appearing, but it took many years for technology to rise to the challenge. In the third part of our series, we look at the revolution that was sample-based synthesis. 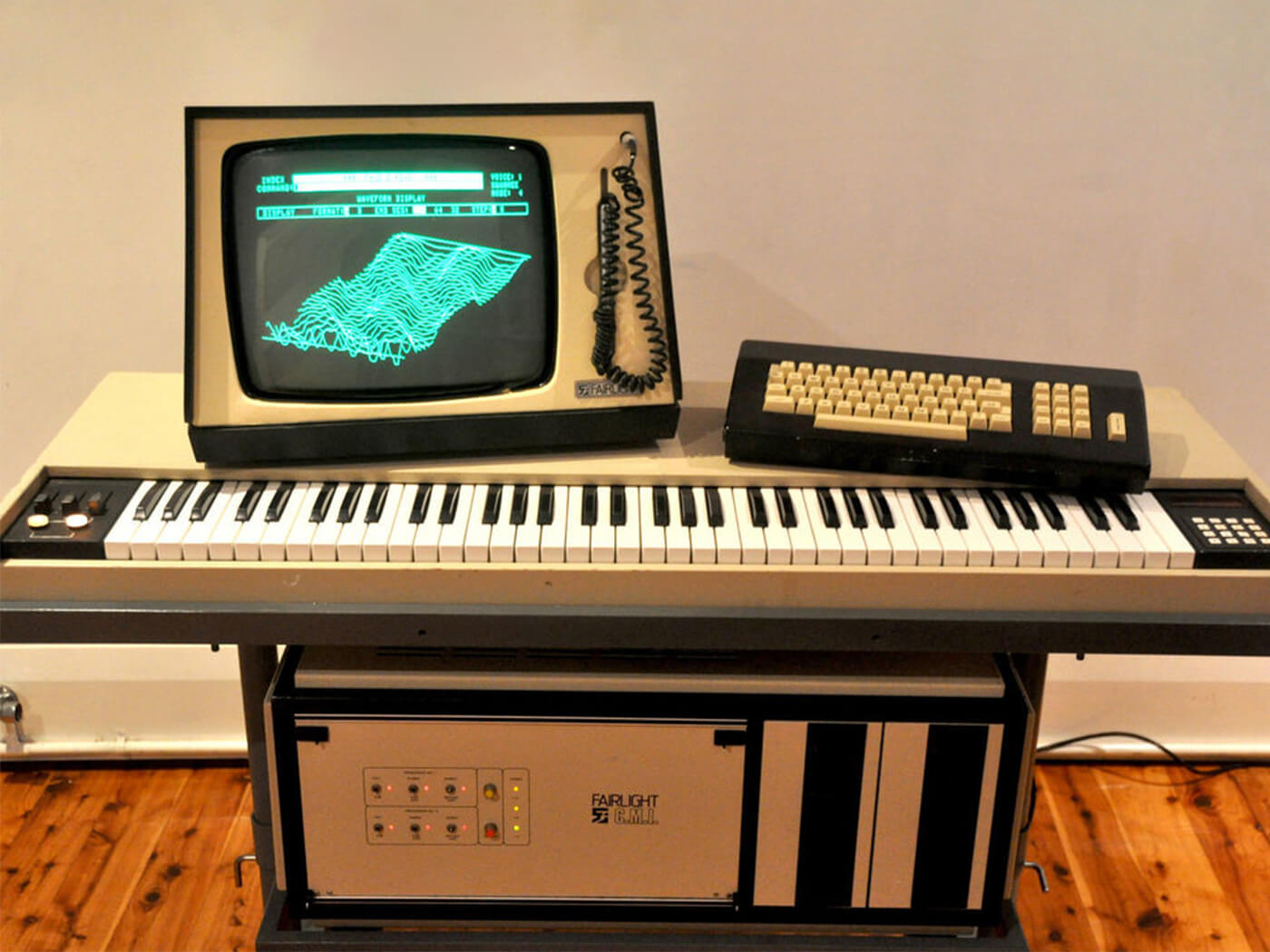 Over the last couple of months, we’ve discussed various forms of sound synthesis, principally subtractive and FM. The aspect that characterises all of the methods we’ve discussed is that they combine simple waveforms in different ways in order to create more complex waveforms, often with the aim of being able to create convincing emulations of real-world acoustic instruments.

Subtractive can struggle somewhat in this regard. Additive was better, but proved awkward and impractical, but FM was a big step forward. Even so, once you moved away from electric pianos, organs, and bass guitars, FM was not much better at emulating acoustic instruments than subtractive synthesis.

But even at the time subtractive synthesis was being developed and honed in the 50s and 60s, audio boffins were well aware of another approach to synthesis that had the potential to produce super-accurate emulations of anything that could be recorded. We are of course talking about sampling.

The idea behind using signal sampling as the basis for sound synthesis is easy enough to grasp. Given that a recording, done properly, captures an accurate representation of any sound and given that a recording is just a complex, ever-changing waveform, then it follows that the best way to synthesize any sound is to start with a recorded waveform instead of a simple electronically produced waveform.

The other aspects of subtractive synth technology – filters, envelopes, LFOs, and so-on – are still required in order to hone a raw recorded waveform into something that’s playable and that has a realistic character, and so this form of synthesis was generally referred to as ‘sample-based synthesis’, which in turn was often shortened to ‘sample and synthesis’, ‘S&S’ or simply ‘sampling’. Unlike other forms of synthesis, which are quite tightly defined, S&S has always been a more generalised form of synthesis that encapsulates many variations on the core idea.

Some had experimented with analogue S&S using tape loops as sound sources, but this was far too impractical for commercial applications. The solution came in the form of digital audio technology, which allows recorded waveforms to be stored as computer data rather than as an analogue signal. But it wasn’t until the late 70s that computing power and storage capacity had increased sufficiently to allow S&S theory to be packaged into a practical instrument.

That instrument was the legendary Fairlight Computer Music Instrument, or CMI for short, released in 1979. The CMI came as a large enclosure containing the computing and DSP guts of the system, which was linked to a dedicated controller and QWERTY keyboards, a monitor screen, and so-on.

It offered built-in sequencers, various ways of visualising sounds, and an entirely sample-based synthesis engine… albeit a fairly unimpressive one! Nevertheless, it came with a hefty price tag at £12,000 for a basic configuration, and this rose to over £30,000 when the more impressive CMI Series II came out in 1982 (multiply these numbers by at least three to compare to today’s money!).

In between the CMI Series I and II came another legend of the digital music revolution: The New England Digital Synclavier II. Released in 1980, this was the second iteration of the Synclavier and the first to include digital sampling.

Like the CMI, the Synclavier had an external CPU, dedicated keyboard controller, built-in sequencers and loads of different configuration options. It had a similarly staggering price too, with a basic system costing around $25,000, and a fully upgraded system costing upwards of $200,000! This was emphatically not a machine for the masses.

Both devices were successful for a few years, at least among the music stars and large studios who could afford them, and their near-mythical status means they still command huge prices on the used marked despite their capabilities being utterly eclipsed by a few hundred pounds’ worth of modern DAW and synth plug-ins.

These huge prices were largely rooted in the cost of computer hardware available at the time. Samplers needed to be able to process, store and read relatively large amounts of audio sample data and needed to be able to do these things rapidly and reliably. Fast processors were a must, but long-term data storage devices of the time – floppy and hard disks – were nowhere near fast enough for direct streaming of audio data, although had a part to play in storing samples and patches. So samplers needed as much RAM and DSP power as they could get, but in the 80s, these components were horribly expensive and so anything that used a lot of them was also horribly expensive.

Of course, it wasn’t long before manufacturers started finding ways to streamline sampling into simpler, more affordable instruments. One of the first to achieve true affordability was also Ensoniq’s very first product, the Mirage. Released in 1984 with a price tag of $1,700, it offered eight-bit sampling at up to 32kHz sample rate, 128KB of sample RAM and a 720KB floppy drive. The amount of RAM in the Mirage was pretty tiny even by the standards of the day, but by following the sampling best practices of the time, such as using low sample rates where possible and using loops within samples to create the sustain portion of a sound, a usable bank of samples could be held in memory.

End of the line

The steady reduction in the price of RAM and processing power and their increasing capacity meant that by the end of the 80s, there was an ever-widening selection of samplers hitting the shelves, with the market dominated by Akai, E-MU, Ensoniq and Roland, each with their own particular take on how a sampler should operate. Samplers had also settled into three different form factors: keyboard-based instruments, rackmount boxes and table-top workstations with trigger pads and built-in sequencers (an area that Akai perfected, which it continues to dominate to this day).

This is how things stayed for a decade-or-so; memory capacity became more generous, longer-term storage technology improved in capacity and speed and manufacturers continued to evolve their designs, but eventually computing power and price finally caught up with S&S theory – and the days of the hardware sampler were numbered. Inexpensive high-capacity memory and direct-from-disk sample streaming blew away the limitations of dedicated hardware samplers, enabling vast sample sets comprising gigabytes of samples that capture the most subtle nuances of an instrument’s sound.

Improved processing and advanced DSP algorithms allowed for powerful and flexible synthesis engines that could truly morph the source samples into new and unusual shapes, as well as allowing intricate script-based control over how samples are selected and handled by the engine. And editing samples on a high-res computer screen was infinitely preferable to working on a small LCD screen.

So today’s advanced software samplers, such as Native Instruments’ Kontakt and Steinberg HALion, have truly fulfilled the promise of sample-based synthesis, creating painstakingly detailed and accurate emulations of acoustic instruments. No other approach to sound synthesis is as capable of the same levels of realism.