Tracing the origins of hardware ROMplers

In this part of our Understanding Synthesis masterclass, we look back at the origins of hardware ROMplers and the idea behind Roland’s Linear Arithmetic synthesis technology. 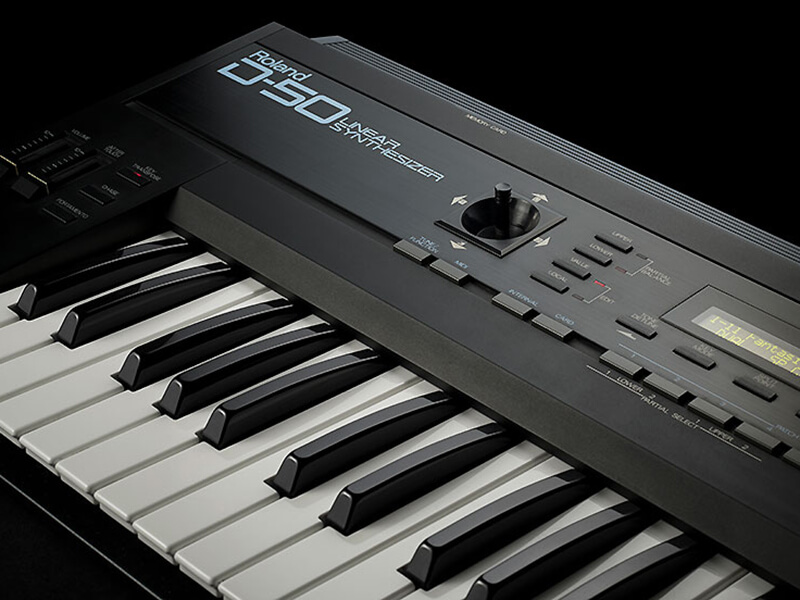 Musicians and producers loved the accurate emulations that sample technology allowed. Being able to capture completely original sounds and recordings to use as the basis for a synth patch opened up untold creative possibilities; but not everyone was interested in going through the palaver of capturing samples, editing and looping them and then creating their own synth patches from them. The synth manufacturers’ response was to create S&S (sample and synthesis) instruments containing preloaded samples in read-only memory (ROM) that were always available to the synth engine.

One of the earliest examples of this approach was Roland’s Linear Arithmetic, or LA, synthesis technology, which was debuted in 1987’s flagship D-50 and used subsequently throughout the D-series synths. This synthesis method was based on the idea that the most identifiable and definitive component of any acoustic instrument’s sound is the initial attack segment. And, that the decay and sustain phases can be adequately synthesised using conventional subtractive waveforms and techniques.

So LA synthesis used short snapshot samples of an instrument’s initial attack and linked these to simple waveforms from which the decay, sustain and release phases were synthesised. The results were impressive by the standards of the day and the D-50, in particular, had a quality and character unmatched by the analogue and FM synths it was pitted against.’

A foot in both camps

Omitting the audio input and editing abilities and being stringent about the amount of waveform memory required meant that instruments such as the D-50 could be much less expensive than a true sampler. DSP and memory were becoming ever-cheaper and ever-more capable, too and this led to something of an arms race amongst synth manufacturers, who designed almost as many variations on the theme of S&S as they did actual models of synth.

Never as flexible nor modifiable as a true sampler or a true synthesizer, ROMplers nevertheless gave producers and musicians convenient and affordable access to great-sounding emulations of acoustic instruments. For a while, they were the only type of synth most manufacturers were producing and the only type that was selling in any great numbers.

But while a few of these instruments stood out as something rather special and remain popular to this day, such as the aforementioned D-50, the Korg M1 and the Yamaha SY85, many were rather dull, uninspiring and ultimately forgettable.

The problem was (and is) that the preset samples in ROMplers become too recognisable and the more popular the synth, the more recognisable its preset samples become. The synth engines tended towards the basic and lacked the ability to mask the recognisability of the underlying samples, or to do anything particularly creative with them.

So over the course of the 90s and into the early 00s, the popularity of ROMplers dwindled, even while manufacturers perfected the form (Roland’s JV series, for example). ROMplers still have their place, especially with gigging musicians who need quick access to large palettes of quality instrument sounds, but in the studio, they have been largely supplanted by advanced software samplers or software versions of the ROMpler, such as SampleTank, which has also become very popular.