How to use 80s-style synthesizer layering to create huge leads

We show you how to build a stack of synth lines using virtual synthesizers based on the PPG Wave and Roland Juno-60. 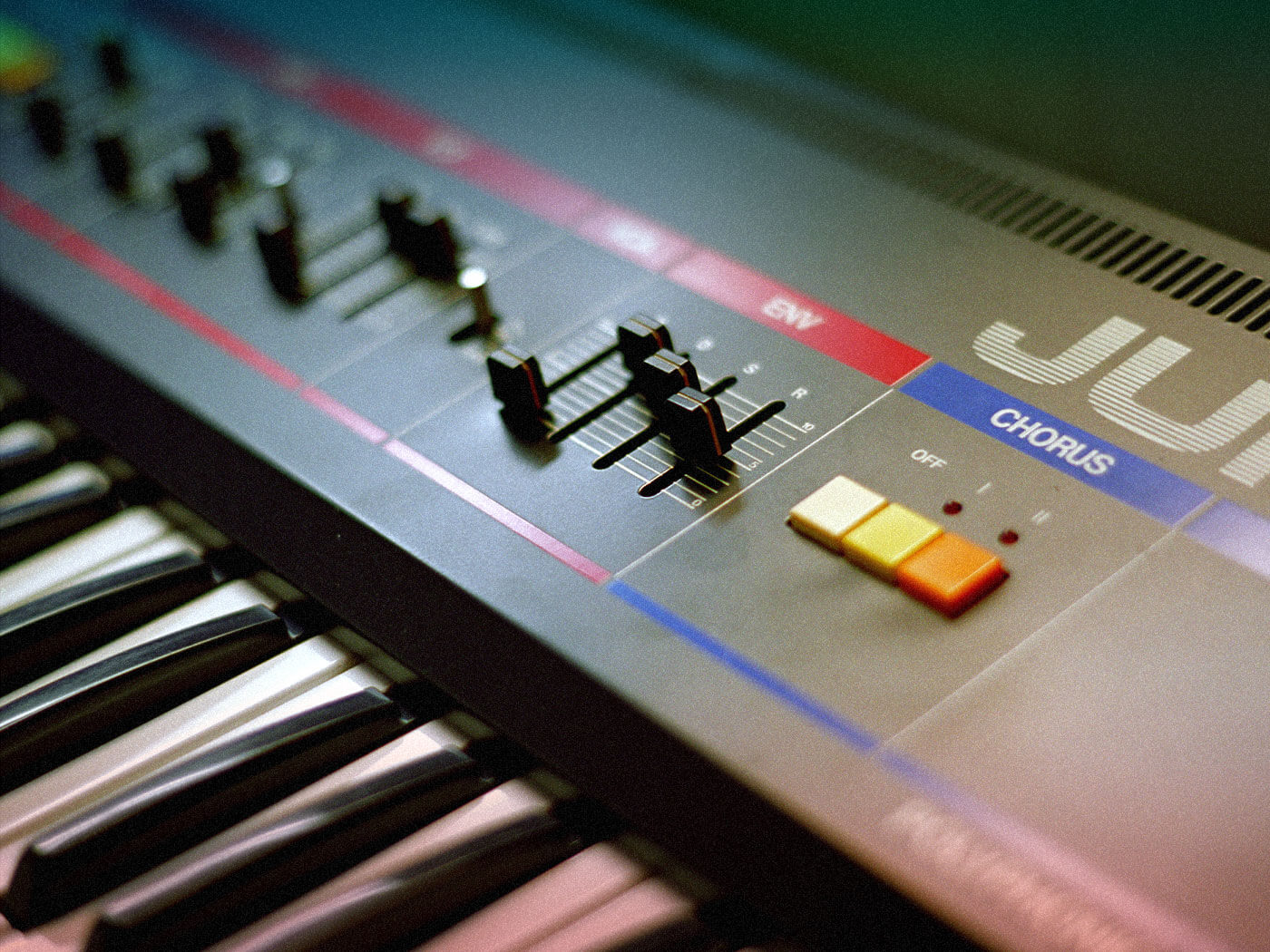 Before the introduction of the modern DAW and multi-tiered synthesizer plug-ins, producers layered different kinds of hardware synths together for depth and melodic impact. By combining traditional analogue synthesizers like a Roland Juno-60 with a Yamaha DX7 or PPG Wave, synthesists could get the best of both worlds: clear and transient-heavy digital timbres combined with soft and warm analogue tones.

Check out the opening fanfare of Europe’s epic 1986 The Final Countdown for an iconic example of synth layering, blending blends an analogue Roland JX-8P and a digital Yamaha TX816.

In this tutorial, you’ll use two synthesizers to create a full layer for the lead sound in a synth pop song. Although almost any combination of digital and analogue-style softsynths will work, for the purposes of this tutorial the digital side will be handled by the PPG Wave 3.v by Waldorf, and the analogue side by the Juno-60 from the Roland Cloud. You’ll tweak your synths individual parameter settings to create a cohesive synthesis package and also use some additional effects to help them sit together in the mix.

Here’s our finished lead sound in the context of the track.

For the digital layer, you’ll want something short and sharp with a defined transient that will stand out in the mix. Start by loading a soft synth with a digital-leaning synthesis structure onto a new track. We’ve gone with Waldorf’s PPG Wave 3.v but wavetable or FM instruments, like Native Instruments’ FM8 or the freeware Dexed, are also effective here.

Next, programme or play a melody and go through some presets to find a suitable starting point. Remember, the goal is to create a digital layer with a defined transient to ‘ride’ above the soft analogue tone.

One of the benefits of working with a wavetable synth is you have flexibility of where in the wavetable the playhead starts. You can use this function to your advantage by really dialing in to the most appropriate start point. On PPG Wave 3.v, this is done with the Osc knob. While a cycling wavetable can sound cool, it may muddy the sound, so make sure to set it so it’s sharp and precise.

That’s the wavetables set. Next, you can use the filter and envelopes to shape the sound – you want a bright tone, so open up the filter cutoff all the way. Then, set the ADSR envelope for a short attack, and medium decay, sustain, and release settings work well. Lovely.

For the final step, add a little reverb to soften the sound. You don’t want to destroy the transient – that’s the main point of the sound in the layered patch – but a little reverb will help it sit well. Bring the reverb amount down to around 10 per cent. Just listen to that.

Warm Support: Bringing in the Juno-60

It’s time for the second layer. A strong candidate is the Roland Cloud emulation of the Juno-60, a simple but great-sounding analogue synth from the early 80s. Add it to a new track, copy the lead line from the PPG channel and drop it onto the Juno lane. Finally, make sure it’s in Default mode, which is indicated by the line of dashes in the preset browser (————).

Next, set up the oscillators. A full and rather low tone is in order to support the sharp and high PPG Wave. It’s already at 8’, which is perfect. Bring up both square and sine waves to around three-quarters, as well as the sub oscillator for a richer sound. Finally, bring up the PWM slider to almost 100 per cent, set the control to LFO, and then adjust the LFO rate until it sounds nice and wooly.

That’s sounding luscious but it’s pretty bright. You can use the filter to take care of that. Bring down the cutoff frequency (labeled Freq on the panel) to around 50 per cent and use the highpass filter (HPF) to carve away the extreme lows as well. This saves you the trouble of having to use an EQ plug-in later to make room for any low-end you may introduce, like a bassline.

Although the plug-in version of the Juno-60 has two envelopes, for authenticity’s sake you can use it like the hardware version and have a single envelope affect both the amplitude and filter.

In the VCA section, switch the control to Env-1. You want a short, pad-like sound to support the top-level digital tone. To do this, bring up the attack of envelope one a little to create a soft onset. Next, raise the decay to around 75per cent, lower sustain to around 45per cent and up the release to 60per cent or so.

Finally, bring up the Env-1 slider in the VCF section to have the envelope control the action of the filter. Just a touch and you’ve got a nice shape.

For the final stage, you need to balance the volume of the two sounds. Remember to favour the PPG’s level, as it’s the focus of the lead patch. You can also add a little delay on a send to help them sit together. Arturia’s Delay-Tape 201, for example, adds warm echoes to the mix.

It can be helpful to group both sounds together onto one auxiliary bus as that will make it easier to balance the sound as a single unit in the whole mix.

And here it is in the context of a synth pop song.