How to make gnarly bass sounds like Chase & Status

With their new album, More Than A Lot, out now, we dissect some of the record’s sounds and show you how to make them in your DAW. 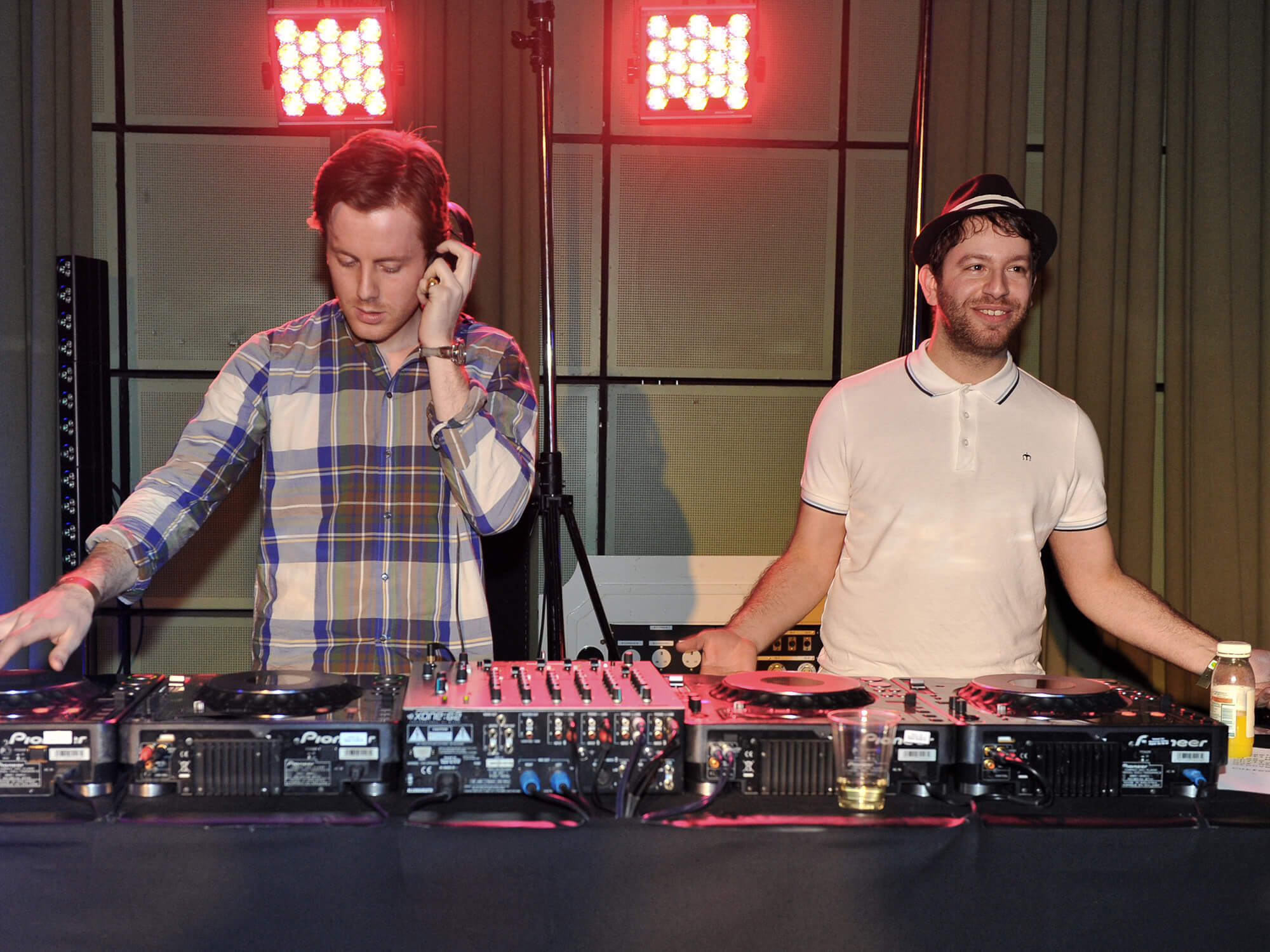 Undoubtedly one of the UK’s most respected bass music acts, Chase & Status (real names Saul Milton and Will Kennard) have come a long way from their humble beginnings playing at small DnB raves in the early 2000s. After releasing singles and EPs on labels such as Renegade Hardware and Bingo Beats, the duo signed to Ram Records in 2007 and forged their sound as artists with their 2008 debut album More Than A Lot.

The pair then signed to EMI and have released six albums in total to date, including 2022’s LP, What Came Before. As well as working with a superstar roster of vocalists including Popcaan, Dizzee Rascal, Plan B, Cutty Ranks and General Levy, Chase & Status have headlined huge festivals such as Parklife, Reading and Leeds and more, playing their music with a live band.

Their sound is heavily influenced by legendary dance such as The Prodigy, and the UK jungle/drum’n’bass and garage scene, with razor-sharp breaks and gut wrenching basses featuring heavily alongside top tier engineering. Here, we show you how you can make a number of bass sounds used in their latest album that are ideal for use in drum and bass, garage or UK bassline production. So, get in front of your DAW, turn up the subs and let’s explore how to make bass like Saul and Will.

The foghorn bass, as used in When It Rains from the new LP, has become a staple sound for many DnB producers in recent times, so start by making your own using a wavetable synth like Xfer’s Serum. We’ll start by choosing the PWM DS wavetable for oscillator A, as it’s got plenty of harmonics that’ll be useful later. A big part of the foghorn bass is the use of detuning, so increase the unison voices by three.

To finish the patch off, dial in some effects. Open Serum’s FX tab, then enable hyper to add extra stereo width. Next, turn on the distortion and increase the drive to maximum – this really gives your patch that grizzly tone. Finally, enable the reverb and increase the size to around 50 per cent for those awesome foghorns.

Next up, you’ll make another typical sound often used in UK bass music – a reese bass. You can make a reese using pretty much any synth you like, but we’ll be using Serum again. Start off by setting oscillator A to a sawtooth wavetable, then increase the unison voices to 3. Instantly, you’ll hear that the sound has that detuned, rough tone – just what we’re looking for.

The reese in Mixed Emotions is pretty understated in terms of brightness and harmonics, so we’ll turn on the filter and choose the MG Low 24 filter type, which is modelled on the low pass Ladder filter from Moog synthesizers. Set the filter cutoff to around 90Hz to roll off the upper harmonics, leaving us with a very subtle reese sub.

To unleash the potential of your reese, you’ll need to add some effects. Open the effects tab in Serum, and turn on the distortion. Increase the drive to 100 per cent to introduce some much needed grit and loudness. To make your patch even more flexible, you can use a macro in Serum to automate the filter cutoff and reverb mix together, so that your sub heavy reese can also be more tearing and epic.

Start by turning on the reverb effect and reducing the size to around 15 per cent. You can dial in some low cut at around 35 per cent so that the reverb isn’t too bass heavy, then reduce the mix to 0. Now, assign macro 1 to the reverb’s mix at around 40. Finally, you can also assign macro 1 to the filter cutoff, so that when the macro is turned to full the filter will open completely, with a splash of reverb mixed in to boot.

The humble TR-808 bass drum sound used by Chase & Status in Run Up is a core part of myriad genres of electronic music. As the 808 bass has a similar attack to a real kick drum – but with some serious sub weight – it cuts through smoothly on smaller speakers. You can sample this sound but why not make one from scratch?

Start by loading Serum, and setting Oscillator A to a square wavetable with the pitch turned down by two octaves. Turn on the filter and set the cutoff to around 150Hz to roll off most of the upper harmonics. To mimic the classic 808 bass sound, set the amp envelope to 0ms attack, 250ms decay, -2dB sustain and a release time of 1.3 seconds – or tweak to your own taste.

To create the initial pitch drop that gives a kick drum its initial attack, assign LFO1 to the synth’s master pitch. Set LFO1 to envelope mode, with the rate on 1 bar. Open the matrix tab, and assign LFO1 to the master tuning with an amount of 15. The shape of the LFO needs to be a brief spike to create the effect we’re after, as shown in the video below.

Set Serum’s voicing to mono, so that each note doesn’t overlap with the previous ones to avoid any messy low frequencies when playing a bassline with the patch. Next, go back to the matrix and also assign LFO1 to open up the filter slightly and embellish the attack further.

To finish the sound off, add some drive using Serum’s distortion effect. Push the drive amount up to around 90 per cent for that hefty sound. If you’re after an authentic old school jungle sound for your 808 bassline, try bouncing a low note as a one-shot sound, then retriggering it from any sampler – this’ll make the lower notes play longer, and the higher ones play shorter.

The final sound you’re going to make is a wobble sub, which is a classic jungle bass used as a fill in Run Up. Again, we’ll be using Serum to make this sound but you can apply the same techniques to pretty much any software or hardware synth.

Start by setting both Oscillator A and B to a sine wave, with Oscillator B detuned by one semitone. When you hit a note, the slight detuning will make the sub note wobble, with the modulation changing speed depending on how low or high the note is played.

To make the sound more interesting, use an envelope to modulate the pitch so that it falls as the note plays. Open the matrix tab, and assign envelope 2 to modulate the master pitch at -12, so that the pitch dips by roughly an octave. After this, open envelope 2 and increase the attack time to around 800ms until you hear the note’s pitch fall.

To spice the sound up further, add some drive and noise using Cableguys ShaperBox 2. Load the drive and noise modules up, then set the drive amount to 30 per cent. After this, open the noise module and select the vintage console noise type to add some analogue style background noise. Setting the wet and dry mix to around 5 per cent adds a little noise into the sound, without overdoing things.