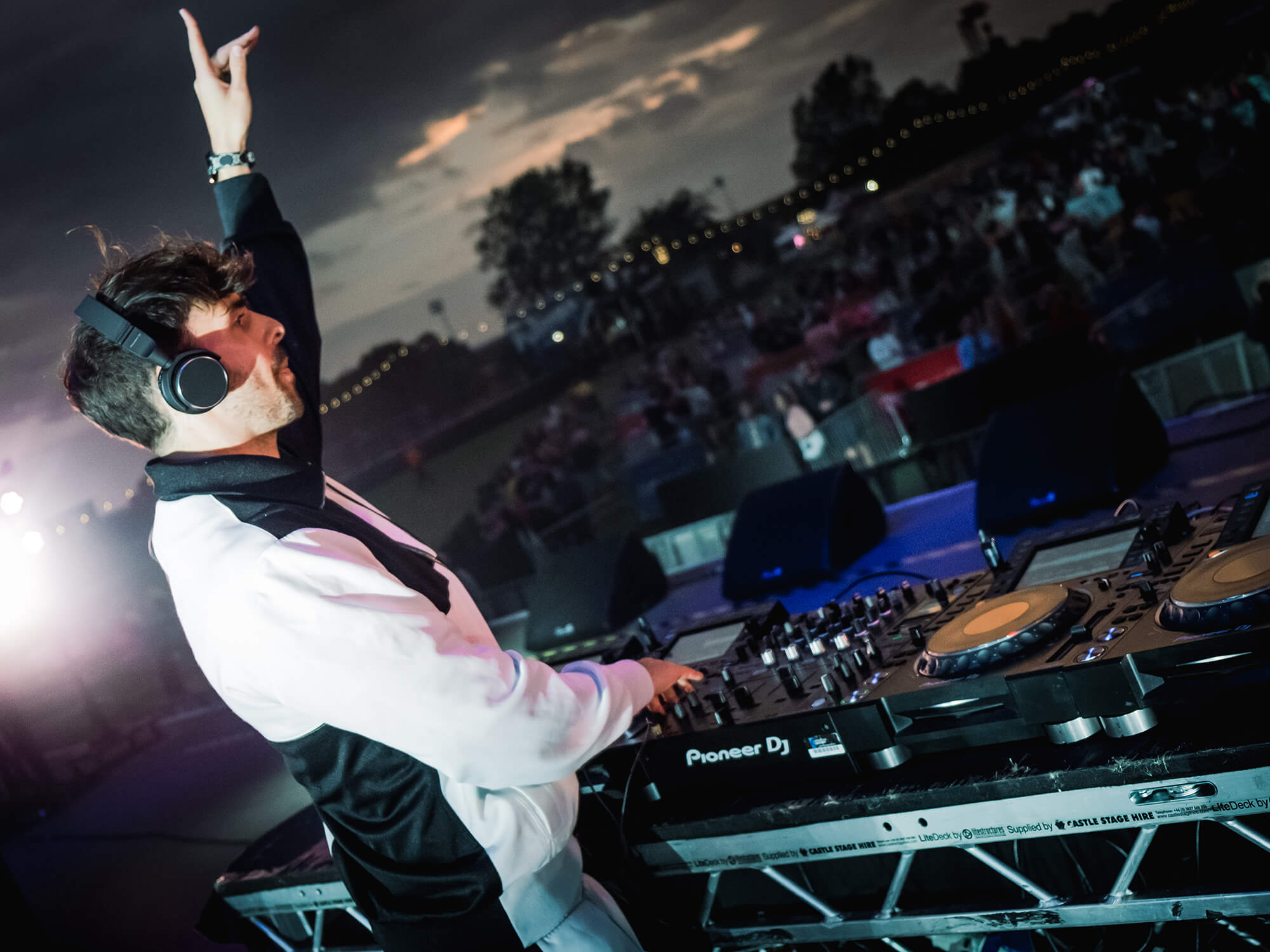 Since bursting onto the UK scene in the mid-90s, tech-house’s evolution has heard it fuse choice DNA strands of house and techno to become its own altered beast. We trace the changes in these defining tracks of the sub-genre.

Finding a sweet spot between the harmonies and grooves of house music and techno-influenced beats and bass, tech-house has evolved through many iterations. Since storming its way across the UK in the mid to late 1990s thanks to pioneers Terry Richards, Ian Pooley and Mr G, a new generation of artists would take the genre in more experimental and unusual directions.

Beefing up the clean and minimal Detroit techno production style originally heard in England club nights, earworm vocal melodies and sampling became equally integral to the scene which had a resurgence and reigned supreme in the early and mid-2010s. Adding thumping basslines and rolling beats into the mix, hi-hats, snares and kick drums soon became the tech-house blueprint for artists like Patrick Topping, Archie Hamilton, Jamie Jones and Green Velvet who would release on scene-leading labels Hot Creations, Dirtybird and FUSE and play at parties such as Paradise and elrow.

At just under seven minutes long, this enchanting remix from Welsh DJ, producer and Hot Creations label boss Jamie Jones took the 2011 Ibiza season by storm – you couldn’t go anywhere on the White Isle without hearing its lightly shuffling bleeps, sci-if-sounding synths and instantly infectious vocal topline. As well as embedding the undefined concept of ‘naughty’ tech-house within the public consciousness, the paradisal edit was a crossover hit, too, with UK daytime radio stations blasting it out, as the lyrics foreshadowed, “day and night”.

Sometimes a song’s title tells you everything you need to know about it – and that’s certainly a case in point when it comes to Geordie DJ and producer Richy Ahmed’s 2013 kick-heavy collaboration with vocalist Kevin Knapp. Dishing out instructions on how to let the drums guide the body and the way it moves, this tech-house heater places equal emphasis on both the instruments and lyrics. “It’s that kick, snare and clap, that dictates how we act,” Knapp outlines over chopping hi-hats that are impossible not to dance to.

Geordie producer and DJ Patrick Topping’s jagged approach to dancefloor dynamite became an instant smash when it landed on Jamie Jones’ ascendant Hot Creations label in 2014. As well as going straight in at number one on Beatport’s tech house chart, Topping scored a residency at DC10 in Ibiza for Jones’ Paradise party and Forget was named ‘track of the season’ by DJMag. Showcasing what would become his signature yet unique sound, and laying the groundwork for the next generation of tech-house producers, the trippy 123BPM recipe of synths, drums, percussion and freaky vocal made it the perfect peak-time club weapon.

Layering a slurred vocal across bass-heavy booty-shaking production and a pristine clean drop, Shiba San’s OKAY was one of the biggest success stories to come from Claude VonStroke’s Dirtybird label, which quickly took off in the mid-2010s thanks to its deceptively laid-back tech-funk signature style. With hi-hats and snare claps that begged to be heard on the loudest sound systems possible, it took on a life of its own – especially after Skrillex unleashed it during his surprise 6am set at American festival Bonnaroo in 2014. It also became an anthem of Croatian festival Hideout that same year.

This hallucinogenic 124BPM trip from Chicago and Newcastle’s finest made for a characteristically carefree collaboration and brought a sense of surrealist humour and quirkiness to the dancefloor upon its November 2014 release. The pace picks up early on as Velvet’s seductive vocal sets the tone over a bumping baseline, laser-like synth blips and a thumping beat. Later, the organ synths and phone call samples drive the narrative forward before Velvet’s question of “what do you desire? I can take you higher, than you’ve ever been” transforms Voicemail into an unexpected singalong.

Putting cowbell percussion, snare claps and crowd cheers at the centre of this upbeat 122BPM workout-ready groover, German duo Format:B – aka Franziskus Sell and Jakob Hildenbrand – enjoyed a huge moment in summer 2015 as their cleanly mixed underground tech-house hit dominated the Ibiza season and became a club smash. Originally released on their own label, Formatik Records, the track would go on to unexpectedly infiltrate the pop charts. It’s no wonder it attracted the attention of iconic dance label Ministry Of Sound, whose involvement led to every DJ and their dog having the inescapable Chunky, with its steady rhythm, on rotation.

Manchester party boys Solardo blasted onto the scene in 2015 and quickly made their name as an unstoppable tech-house force. Breaking through with a seemingly endless rotation of distinctly UK big room rollers, their 124BPM carnivalesque banger Tribesmen – built around heavy basslines, punchy percussion and ecstatic chant-like vocal slices – arrived full of energy and fun in 2016, enough to match the lairy shirts they’d wear while DJing. It also formed the Solardo sound, which they would double down on with their own label Sola Records.

Tech-house has long been affiliated with unusual sample choices, but PAWSA’s The Groovy Cat is a runaway favourite. Guaranteed to stop someone in their tracks upon the first time of hearing it, the London producer – who co-runs the label Solid Grooves with fellow scene leader Michael Bibi – builds the 127BPM track effortlessly. He amps up the suspense with occasional saxophone stabs before stripping the shuffling beat away to near-silence and letting the creeping Pink Panther theme edge its way back in. Primed to catch ravers off guard in the club, it’s a genius example of how showing restraint can really pay off in a club setting – no matter how jarring the sample might be.

Former pro surfer Paul Fisher had a viral hit on his hands in the summer of 2018 when his simplistic yet instantly addictive, airhorn-blaring 125BPM tech-house pumper became a festival anthem and took over daytime radio playlists worldwide. The track was released as clubs and dance fans pivoted away from main-stage EDM and instead towards earworm house and techno. And so this clever, less-is-more combination of gradual build-up, massive drop, galloping drums and easily memorable lyrics (there are just three words, after all) didn’t just signify the next stage in the evolution of tech-house – it was a turning point for the whole dance music scene itself. It was subsequently awarded a Grammy for Best Dance Recording and spent the most time in the first position of the Beatport Top 100 at 62 days.

In a sort of full-circle moment, the most recent tech-house crossover success somewhat loops the genre’s sound and style back to Jones’ Hungry For The Power remix. It’s fitting, then, that the cleanly mixed Closer comes from Jaden Thompson, a young DJ and producer who grew up admiring his now-mentor Jones, who has been playing Thompson’s tracks out at clubs for several years now. With a similarly catchy vocal topline, synth stabs and upbeat drums, its winning formula has propelled it from underground club status to a daytime-friendly radio hit, once again demonstrating the dance music subgenre’s undying appeal as we begin a new decade.