We chart SOPHIE, Charli XCX and Rebecca Black’s influence on the internet-born genre 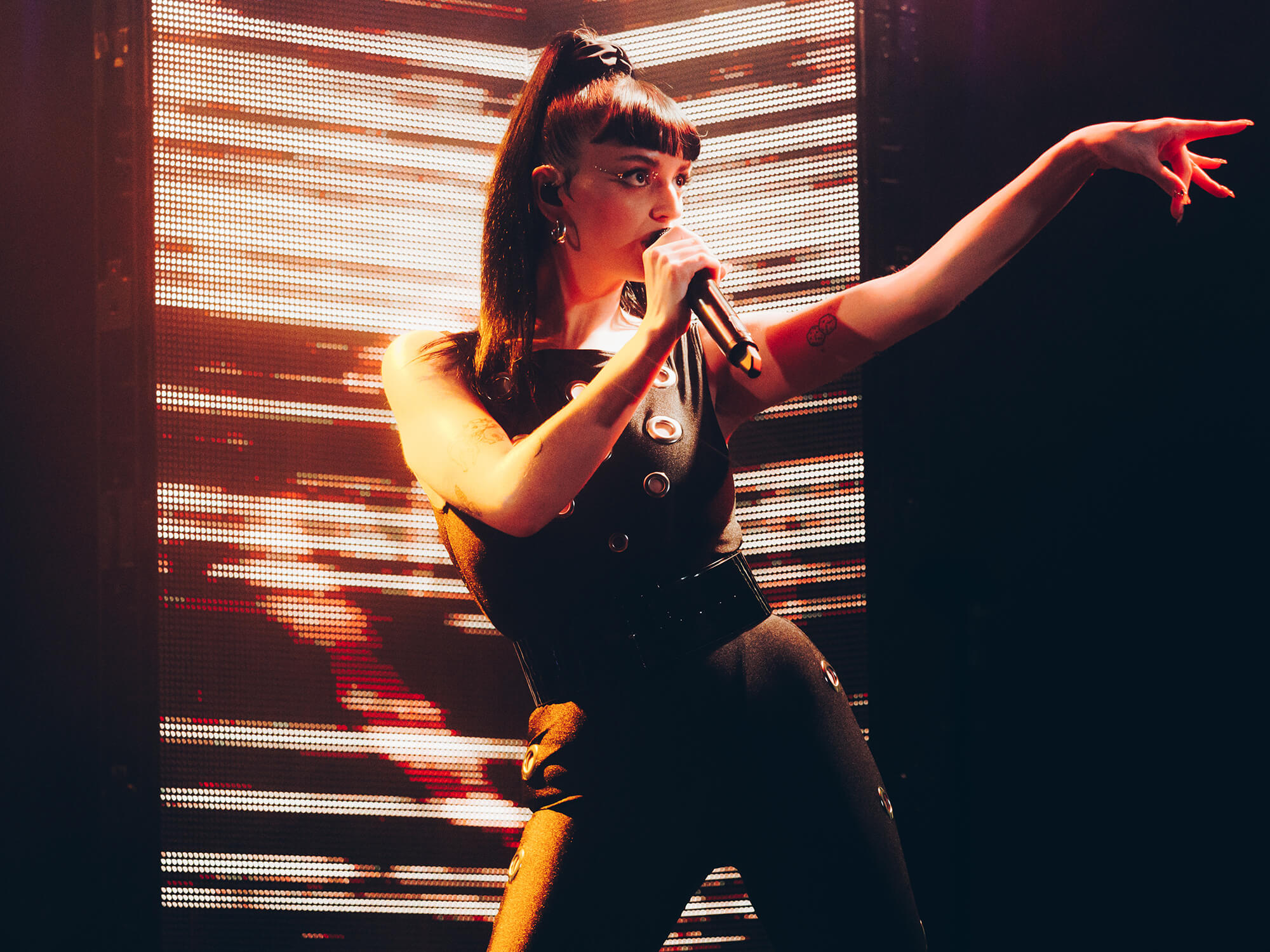 More of a movement than an ever-expanding microgenre, hyperpop found a global audience during the COVID-19 lockdown. But its sonic origins stretch back much further than that. Characterised by an exaggerated take on popular music, the ambiguous umbrella term has been argued to include Lady Gaga, 3OH!3 and Ke$ha’s auto-tune-heavy early-2000s releases, as well as those of Rustie, Hudson Mohawke and Jam City who began pushing the boundaries of electronic music some years later.

But arguably most influential to the scene was the online London-based PC Music collective and its affiliates – artists such as Hannah Diamond, SOPHIE, Charli XCX and label founder A.G. Cook whose futuristic vision changed the face of pop forever in the mid to late 2010s. Then in 2019, when Spotify coined the phrase and launched an official curated playlist, the glitchy, metallic sounds of hyperpop soon found Gen Z audiences worldwide on social media platforms like TikTok, with tracks including 100 gecs money machine, ElyOtto’s Sugar Crash and SYKO’s Brooklyn Blood Pop! going viral.

It makes sense because, during pandemic times, the hyperpop world fostered an online community where artists and fans would party together, albeit virtually. It’s no understatement to say that hyperpop provided connection and unity in a time of uncertainty. And, looking to the future, it feels as though hyperpop has become a space for everything that doesn’t quite fit into a box.

With a baby-babble-like vocal, gradual synth build-up and supercar-sounding production propelling it forward, Beautiful arrived new yet felt nostalgic – and built a utopian pop future in the process. Melting elements of bubblegum bass, trance and eurodance together into a 141pm helium rush of pitch-shifted goodness, it’s the sonic equivalent of bouncing up and down on a rubbery cloud.

A literal sugar rush, this brainchild of SOPHIE and A.G. Cook resulted in not only the creation of a fictional singer but an energy drink, too. A fizzed-up distillation and (extremely clever) satire of the commercialism of pop music in the mid-2010s, this undeniable bop – released on uber-cool XL Recordings in 2015 – left many puzzled and perplexed. But there’s no denying the experiment worked.

No hyperpop primer would be complete without giving one of its pre-genre pioneers their flowers. Way before Spotify coined the term and made a curated playlist, the rubbery snaps of the late Glaswegian producer SOPHIE sounded revolutionary in the mid-2010s and, rightfully, left jaws on the floor. And Lemonade – which McDonald’s used to soundtrack an advertising campaign, no less – is just one example of the auteur’s incredible influence on pop music.

The gloopy synth-dripping production sounded like nothing else when it was released on tastemaking label Numbers and, many would agree, it changed electronic music forever. The innovative sonic elements arguably formed the bread and butter for many of the hyperpop sounds that multiple producers and vocalists have been influenced by.

Over the last few years, Charli XCX has become heavily embedded in the hyperpop scene (A.G. Cook has become a close collaborator, producing her most recent albums). But it was her team-up with visionary SOPHIE that showcased a real sonic switch up for the former chart-topping pop songwriter.

Vroom Vroom, with its ahead-of-its-time, bouncy, engine-revving production created by SOPHIE, demonstrated Charli’s desire to move towards more experimental, future-facing sounds. As one fan’s comment beneath the track’s music video on YouTube reads: “a game-changing masterpiece… SOPHIE’s legacy will live on”.

WIth their brilliantly-batshit, nonsensical combination of crunkcore, dubstep, trap, noise and punk, Laura Les and Dylan Brady landed on a wild melting pot of influences. And it’s best exemplified by the instantly-quotable and autotuned-to-within-an-inch-of-its-life money machine.

Now hailed as hyperpop pioneers, it’s the huge moshpit-inducing drops and rattling ticking timebomb snares that have made 100 gecs one of the biggest names in the scene.

Widely recognised as the ultimate hyperpop cypher track, producer umru brought together the many of his SoundCloud friends – AKA the new school of hyperpop, or digicore, as the artists featured prefer – for his massive movinglikeazombie remix.

Taken from her howimfeelingnow mixtape – a widely-collaborative lockdown project created with the help of isolated fans via Instagram Live – the clanging snares and anthemic drops made claws a real standout.

With production from Dylan Brady, whose synths sound like a guillotine dropping, its frenetic pace and static scattiness perfectly encapsulated everyone’s frazzled mindsets in the middle of the pandemic. A real hyperpop explosion, it elevated the genre’s sonic potential to stadium-sized levels.

Soon after the pandemic hit in 2020, many artists from around the world turned their boredom into making songs to upload to SoundCloud. Finding a global audience via the platform, producers such as 15-year-old p4rkr (now known as quinn), dollywood1!, midwxst and angelus formed an online community – though they prefer the terms glitchcore or digicore.

Around this time, hyperpop started to incorporate sonics typically associated with rap: ass-heavy trap-leaning glitchy production and Playboi Carti-esque video-game-style beats. One case in point is p4kr’s i dont want that many friends in the first place; a one-minute-49-second rumbler that fuses a rapid-fire flow with a sampled text message ping and lo-fi glitch-trap production. Despite it’s intense and unruly compression, it’s been streamed more than 23 million times on Spotify at the time of writing.

Perfectly capturing the lockdown-frazzled zeitgeist, this serotonin-boosting 141bpm rollercoaster ride packs an awful lot into just three minutes. With 100 gecs’ Dylan Brady behind the production, Black’s original vocal is sped-up and injected with helium to chiptune levels to the point that it’s hardly recognisable – especially over a pounding donk beat, bass kick and pixelated synth line.

Another artist who blew up incredibly quickly during lockdown via his short-but-sweet SoundCloud uploads was glaive. This small-town teenager’s quarantine-born angst-fuelled glitchy guitar bangers landed him a major label deal with Interscope, the same label as Billie Eilish and Olivia Rodrigo.

Widely hailed as the prince of hyperpop, he’s injected the genre with real pop-punk energy. Fittingly, Blink 182’s Travis Barker features on the production credits of some of his recent releases. Take the guitar-led fuck this town, glaive’s collaboration with friend ericdoa – full of energy, memorable lyrics and pounding drums. It’s a moshpit-inducing Gen Z anthem.