6 ways to improve your kicks

Last time we gave you six ways to improve your bass sound and this month we’re looking at how to improve your kick drum sound. While it shares some of those bass components, the kick is a very different beast to tame, so here are six ways to keep that kick kicking… 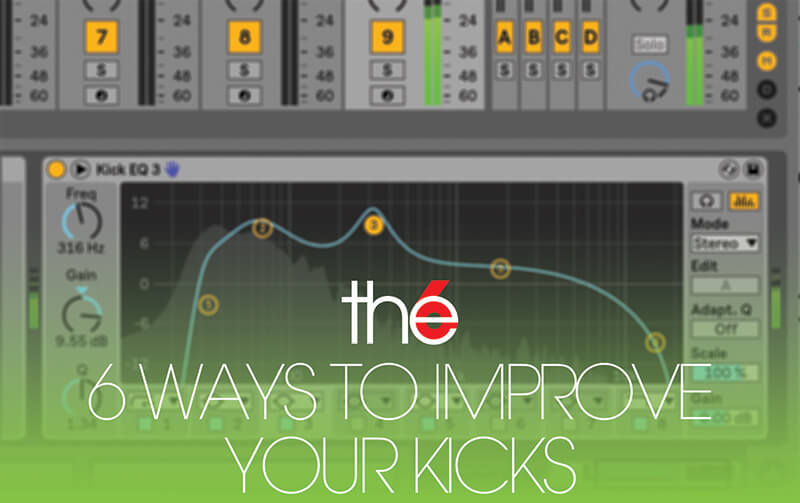 How to improve your kick drum sound

When mixing the bottom end of your music, it’s very easy to lump the bass and kick together and treat them in the same way. They do, after all, both provide the solid foundation on which the rest of your track hangs – the bass/kick backbone on which the meaty ribs of your melody and vocals sit.

However, there are some very different ways in which you can treat each. Last time we saw how compression, layering, filtering and programming can improve your bass, but now we’re going to look at the kick and treat it as a very different beast. So follow these methods to tighten up the main beat of any tune… 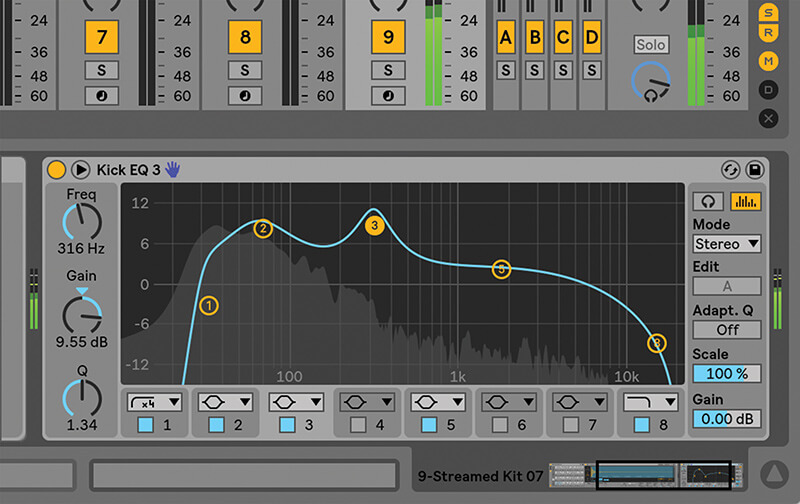 EQ is everything when it comes to the kick but it’s so important to realise that it’s not just about the low end. Put a kick through a channel EQ and adjust levels across the frequency spectrum and you’ll hear a very different sound emerge. If you want a snappier kick, one that really pushes through a mix, try pushing your mids at between 500Hz and 1kHz.

You’ll notice that the snappiness increases, as does the perceived loudness, whereas pushing the low end might give the kick more power it will also give it more flab. Your mid frequencies, then, are your surprising new best friend when it comes to kicks.

2. Your kick vs. everything 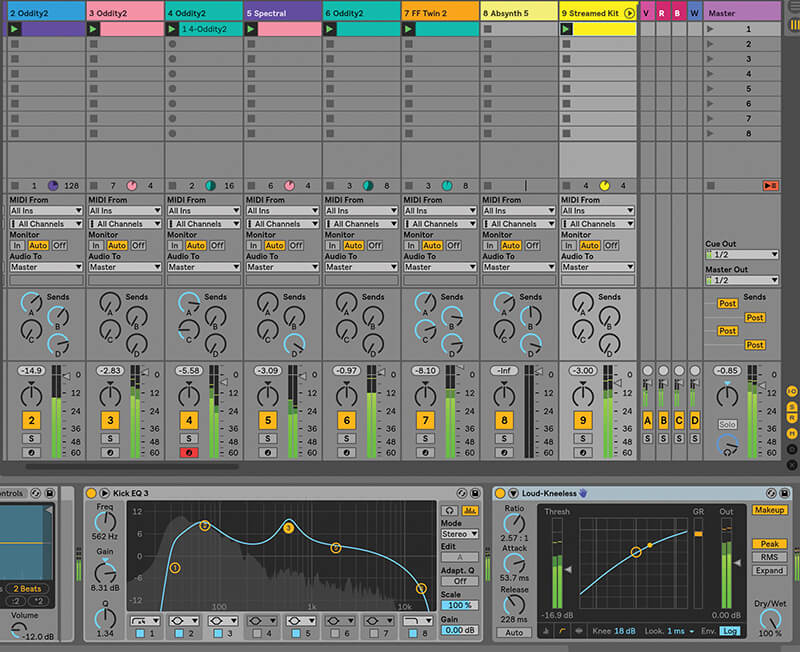 Last time we looked at how to separate the kick from the bass line by surgically lifting one with EQ or lowering the other, so moving them away from each other is rather like separating brawling sailors from one another in some kind of old navy dive bar.

Obviously the same process can apply this time around to move a bass away from a kick. However, as a kick can occupy other frequencies, do also take care to look at every other sound in the mix while you’re at it. You’d be amazed at how much an evolving pad sounds, for example, or a filtered breakdown can invade the low-to-mid spaces occupied by a kick, so scoop out what you can and let your kicks breathe more easily. 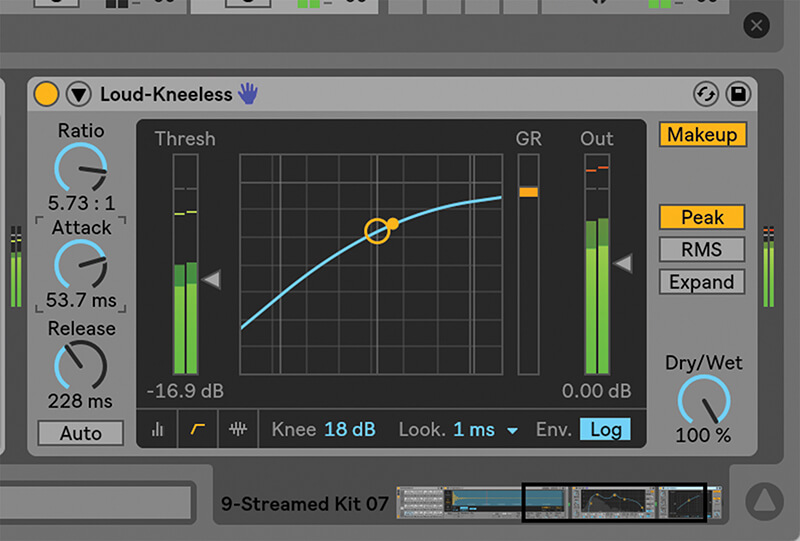 Compressors have a couple of uses when it comes to controlling your kick sound. If you’re using a live or acoustic kick sound, a compressor can be used to smooth out the recording to give you an even volume. More likely you’ll be using a single sampled kick sound, in which case your compressor won’t need to be employed so much to maintain levels, but can be used to give your kick some more energy and attitude, especially using the on-board attack and release parameters. 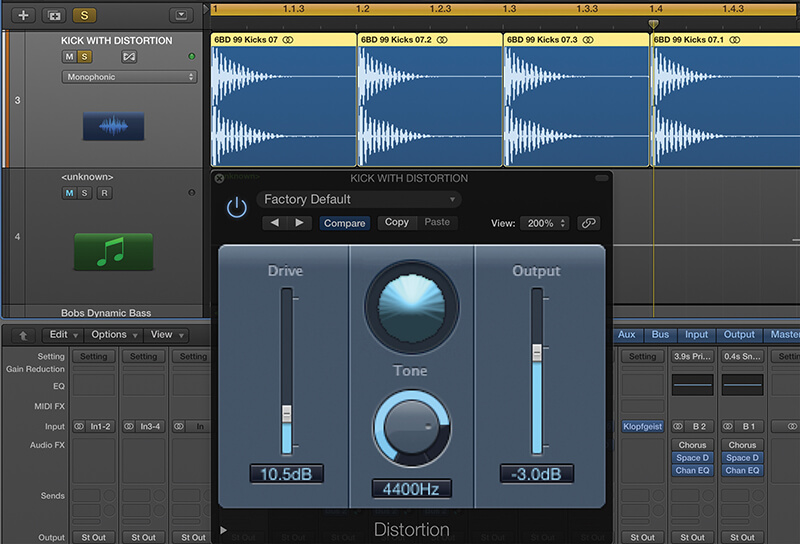 Saturation or mild distortion can be great effects when used with a kick sound because they can add rich harmonics and a lot of character to an otherwise dull and lifeless sample. As always when it comes to using effects, don’t overdo it and experiment with applying mild distortion to a kick sound in its mid and higher registers first – anything between 1 and 7kHz.

The advantages of using distortion like this over EQ is that more of the character of the kick sound is retained as the harmonics increase so you don’t necessarily lose so much of the original timbre, whereas EQ-ing can alter a sound too much. 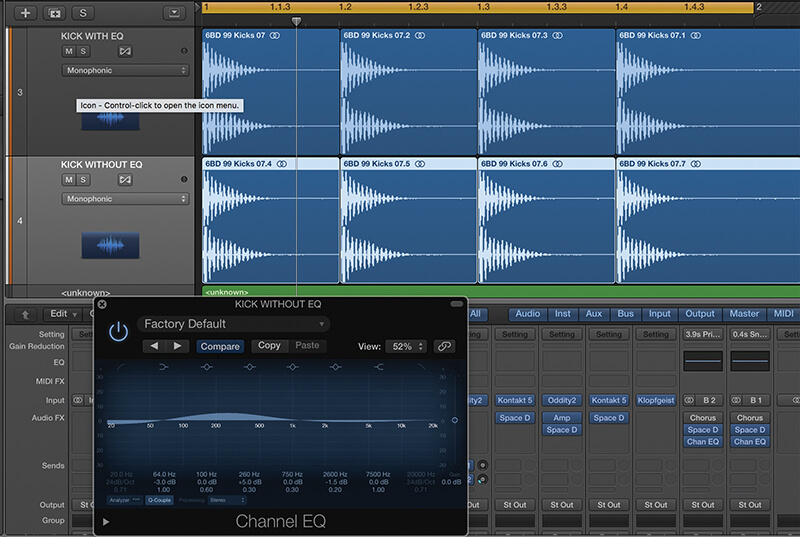 With all of the effects we’ve discussed here – EQ, compression and distortion – do consider using parallel processing for each one, that is run the processed kick next to a version of the original sound.
Parallel processing in this way allows you to be a bit more subtle with your processing.

It really helps you to both compare and contrast the effect the process is having on your sound and to mix doses of the effect with the original kick. This blending tends to work much better as you keep more of the character of the original kick and the reason you chose it in the first place, rather than completely destroying it with over processing.

Of course, if a kick drum isn’t working for you, another method is just to change that kick sound to another, but, ultimately, that’s kind of glossing over the problem. Another, and equally simple solution is to use a dedicated kick drum VST to generate your core sound – something like Plugin Boutique’s Big Kick or Sonic Academy’s Kick 2.

Not only do these plug-ins supply you with that core ingredient, they’ll often throw in effects, envelopes and other parameters. You can then do all the tweaking that we have suggested here from the inside of one interface so you can really learn how your sound is affected.