Need background atmosphere, or more tension in your music? Read on for MusicTech’s guide to adding drama, ambience and occasional menace to your productions… We all know DAWs are great at helping you put together music. Beats, basslines and leads can be produced easily with plug-in instruments in the likes of Logic, Live and Cubase. […]

Need background atmosphere, or more tension in your music? Read on for MusicTech’s guide to adding drama, ambience and occasional menace to your productions… 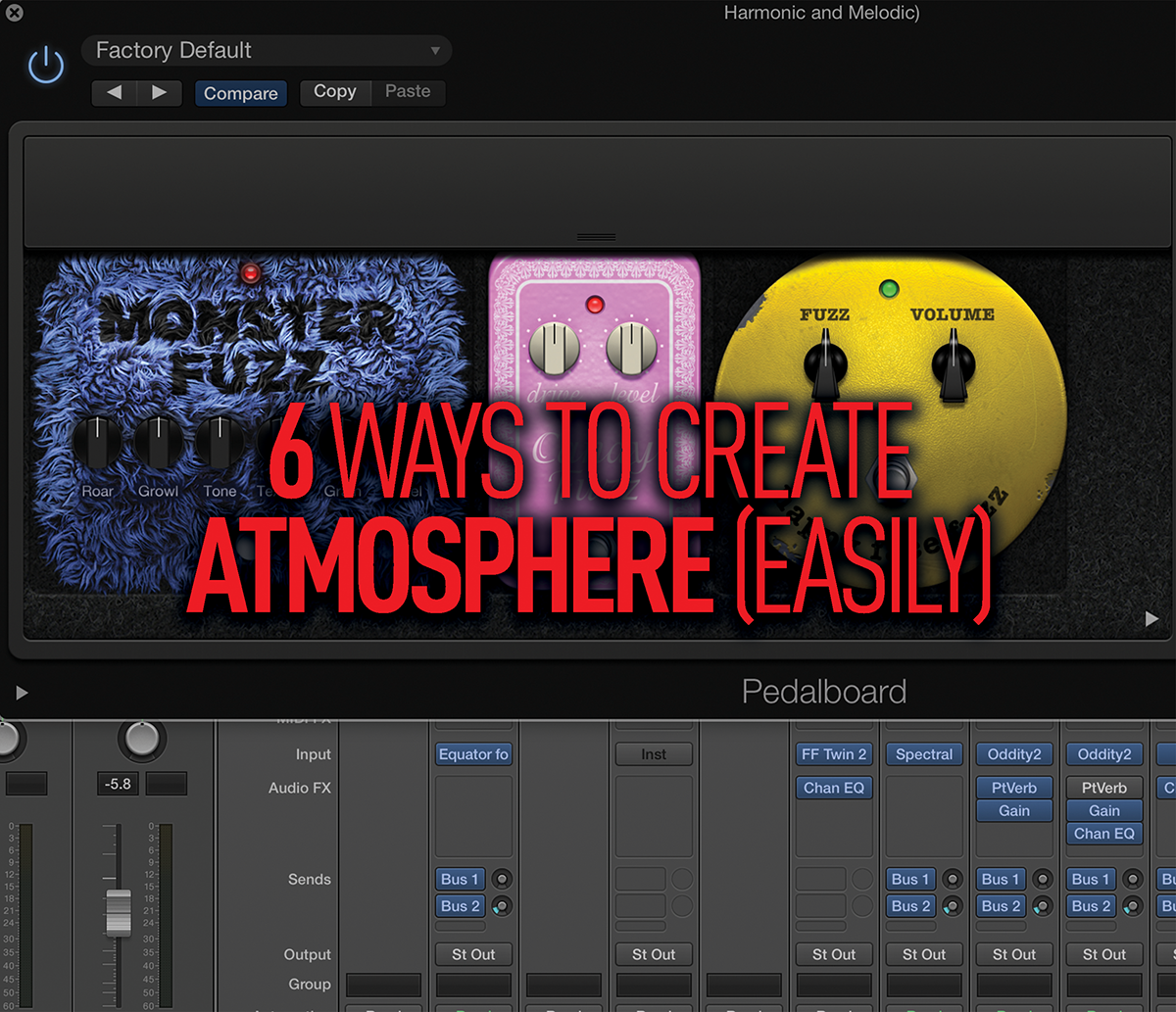 We all know DAWs are great at helping you put together music. Beats, basslines and leads can be produced easily with plug-in instruments in the likes of Logic, Live and Cubase. Each sequencer also has ways to record external sounds and instruments in, of course.

So far, so good. But adding drama or atmosphere to your music is the jam in the cake – it’s often the point at which your basic production is lifted onto a new, professional level, one that separates your tune from tens of thousands of others. Read on, then, for how to lift your music with a bit of atmosphere…

1. Go opposite with your effects

Using software plug-ins is an obvious ploy to take your mixes to another place, and a touch of reverb will instantly take elements of your mix to fantasy land. Go too extreme, though, and you will drown the whole thing, so unless you’re Aphex Twin from a couple of decades back, you probably won’t get away with it. However, do consider the unusual when it comes to effects. We know one particularly atmospheric composer who takes all his analogue loveliness and puts it through a cheap, digital 90s effects processor.

A fave ploy of many dance musicians is to shove signals through guitar FX for extreme distortion. Do the opposite of what you might expect, then. Try Logic’s Pedalboard or NI’s Guitar Rig with your analogue synths, or run your guitar tone through the inputs of your hardware or software synths. Break out into the outside world from your in-the-box routes. Talking of the outside world… 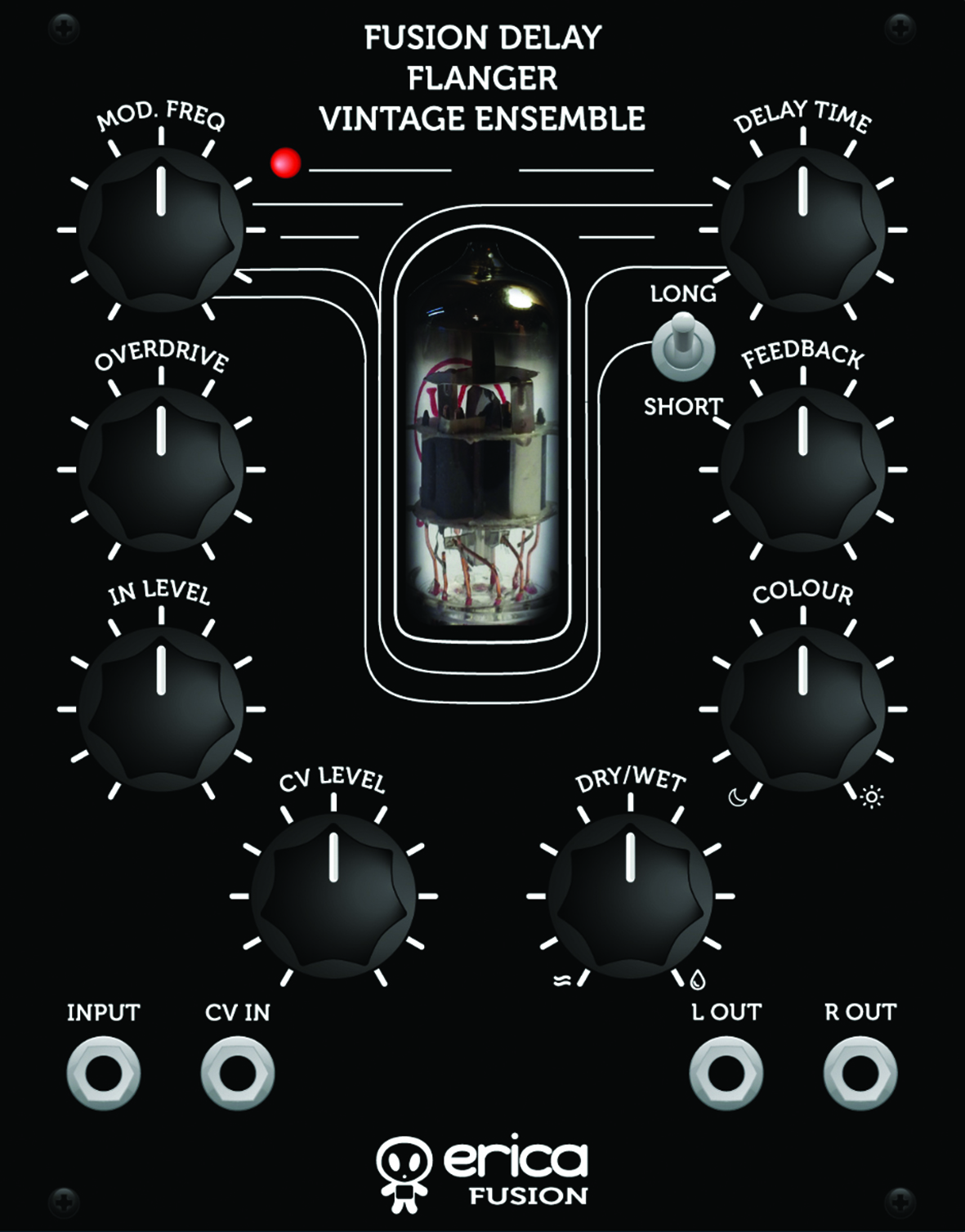 The beauty of Eurorack is that it does whatever the heck you want it to (and a vast amount you hadn’t even considered), and that includes atmosphere in spades. If you want to add drama to a single sequence of notes, consider throwing it through a few modules. It’s not always predictable – you can say that a lot in the world of Eurorack – but you can bet your bottom Euro it’ll be interesting. 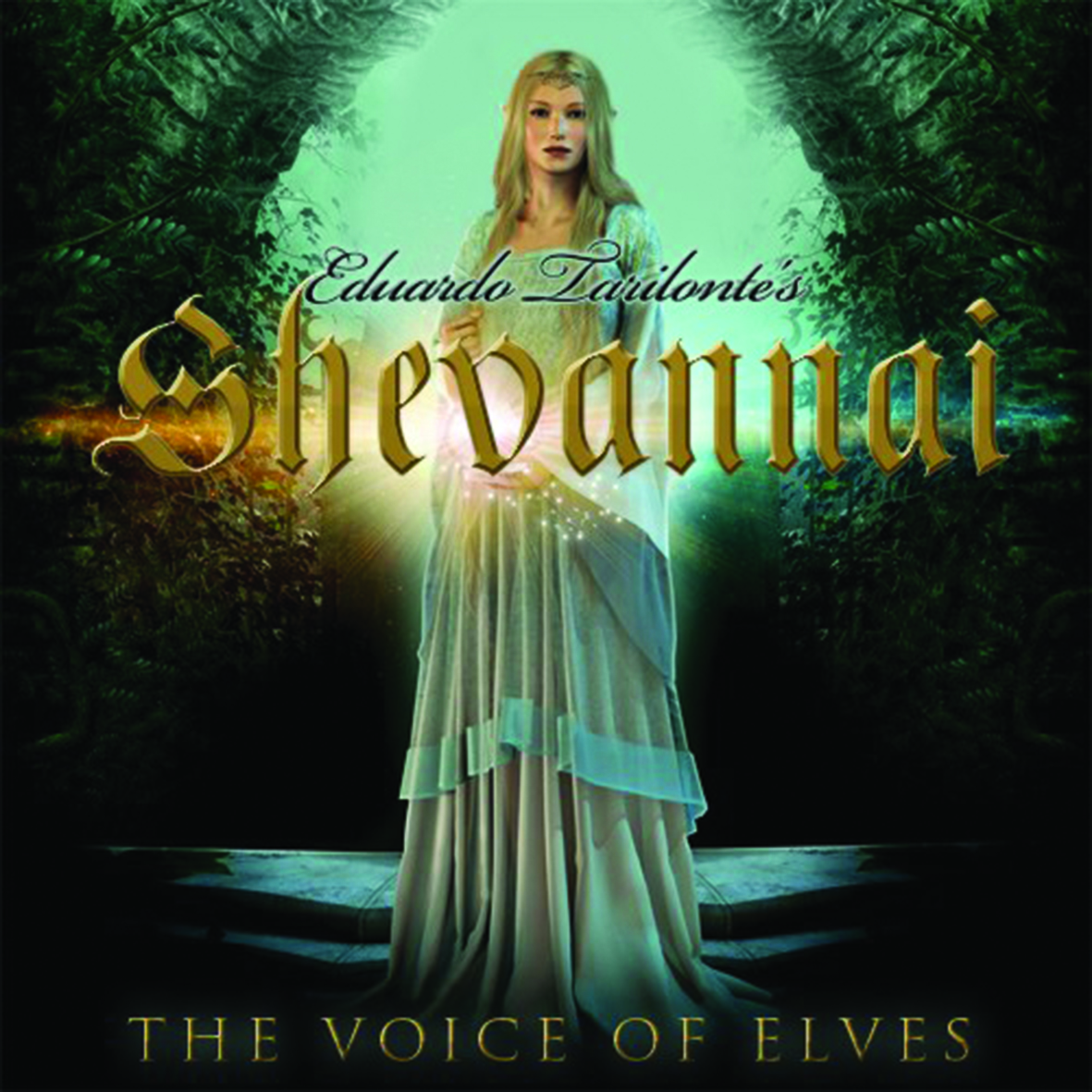 There’ve been many BIG libraries and instruments released over the last two or three years that deliver on atmosphere. Our favourites include the vocal collections of Eduardo Tarilonte (Shevannai €159, Mystica €199); Output Sounds (Signal $199 and REV $199); Heavyocity (Gravity $499); and Gothic Instruments (Dronar from £66). 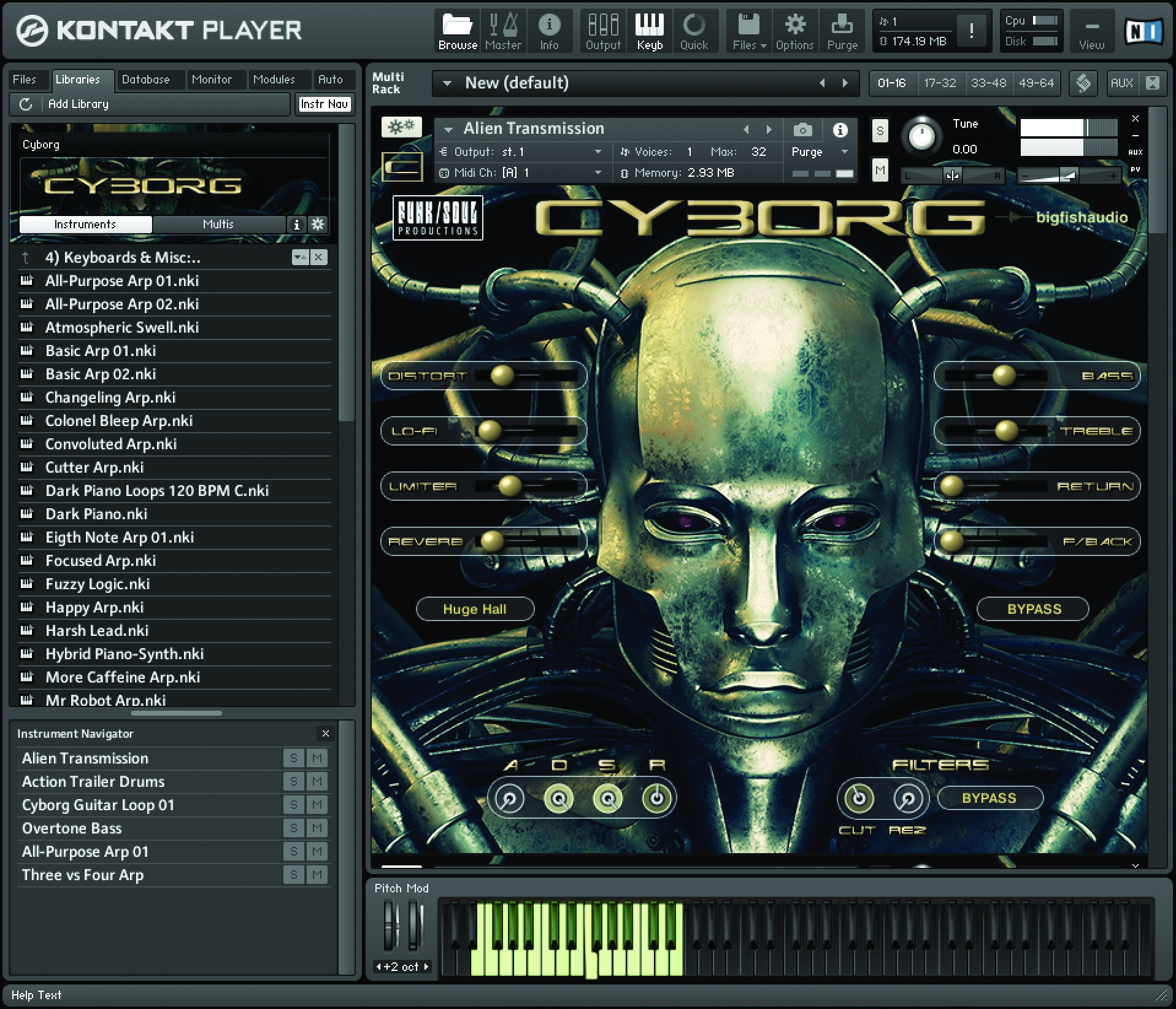 Any vocal lifts any tune. Fact. [Not if you are Jean-Michel Jarre – Ex Ed]. Breathy vocals will start adding atmosphere to something a little laidback, while whispered vocals will add more of a sensual element. Start putting vocals through effects and you can go anywhere between ‘odd’ and ‘downright menacing’. There’s nothing creepier than a treated voice, so if you’re following in the footsteps of Manson (Marilyn that is, not Charles or the indie band), consider some terrifying twisted vocals. Too scared to sing yourself? Consider vocal plug-ins like Yamaha’s Vocaloid (from £139); more unusual libraries like Big Fish Audio’s Cyborg (£139); or one of the gazillion sample collections out there. 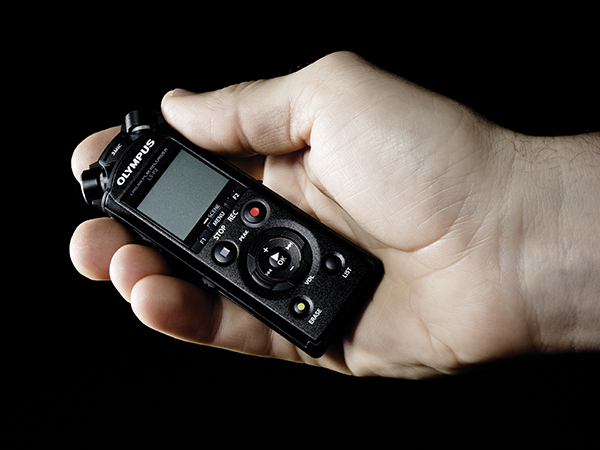 Now, let us see, where on Earth can you get atmosphere? Why, the answer is the very planet Earth itself, of course! Get yourself a digital recorder, or a decent app for your smartphone, and take the thing everywhere with you and record your location. From rhythmic metallic industrial hammering to birds singing, from city noise to crashing seas, there’s a world of sound outside your studio window…

6. Wag the tail, record the wood 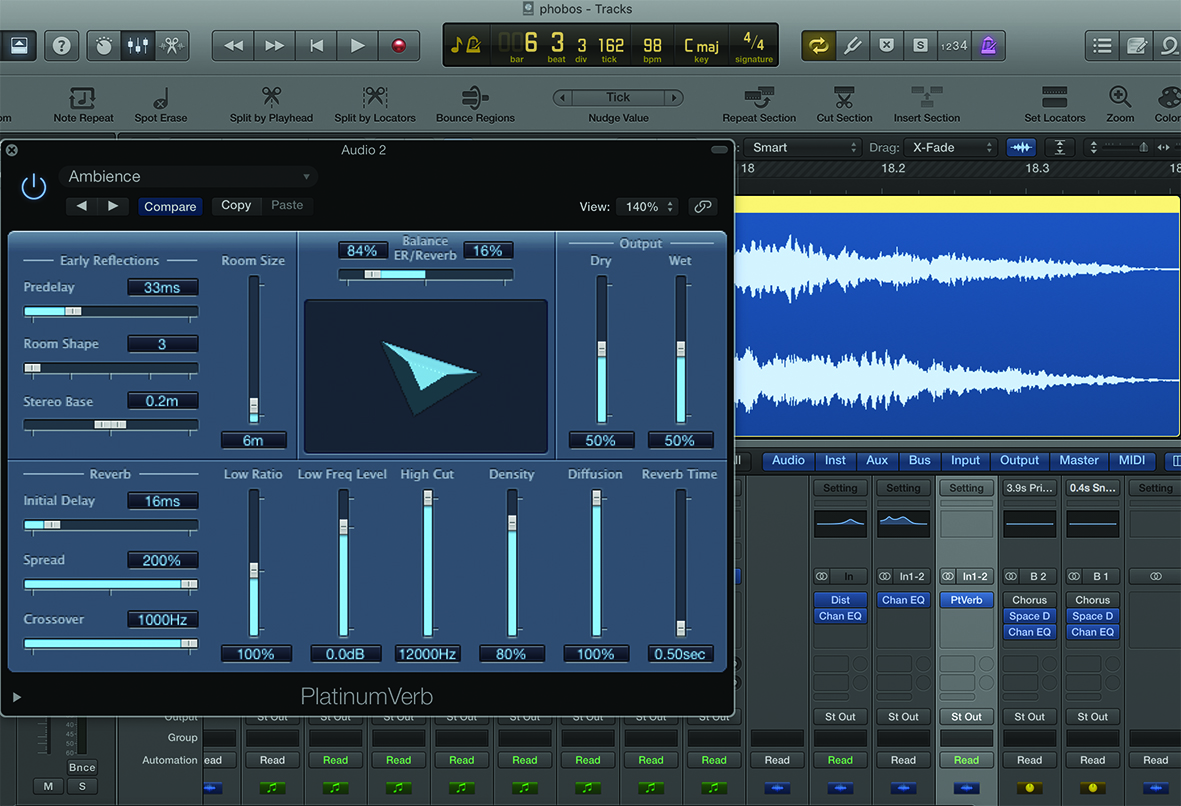 If you want a more thoughtful, ambient atmosphere as opposed to a dramatic or menacing one, again, don’t do the obvious. Ambient artists such as Brian Eno and soundtrack composers like Thomas Newman tend to favour the background textures of a recording, as opposed to the rather more up-front notes themselves.

Eno would rather take the reverb tail and construct pads out of that, while Newman tends to include the actual sound of the instrument – the wood, the strings and the background information. Both of these approaches add an incredible subtlety to the results, one you can’t always put your finger on, but one that leads to an amazing overall atmosphere. Again, a less obvious route yields the best results.