The MusicTech Buyer’s Guide to DAWs

There are many, many DAWs on the market and over the years, MusicTech has reviewed all of them. Here’s our guide to the best on the market for Mac and PC, with a separate guide to iOS DAWs at the end. Make sure to check out part 1 and part 2 of our complete guide […] 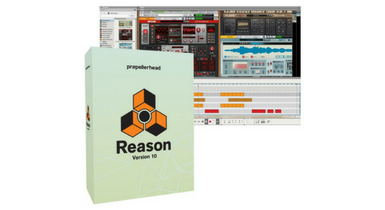 There are many, many DAWs on the market and over the years, MusicTech has reviewed all of them. Here’s our guide to the best on the market for Mac and PC, with a separate guide to iOS DAWs at the end. Make sure to check out part 1 and part 2 of our complete guide to DAWs.

Company Ableton
Price €79 to €599
Computer Mac & PC
Live started out as the laptop musician’s ultimate tool and has developed into a powerful DAW, capable of so much more than just dance music. It introduced the concept of ‘clips’ of music, which can be looped or more traditionally arranged and also runs third-party instruments and effects. You might not be surprised to learn that it’s also a great live-performance tool, too…
They say: With extensive editing workflows, great-sounding effects
and fast, flexible exporting options, Live gives you everything to get your music done.
We say: Live is still the most instant cross-platform DAW on the market. Other DAW manufacturers should take note.
Web www.ableton.com 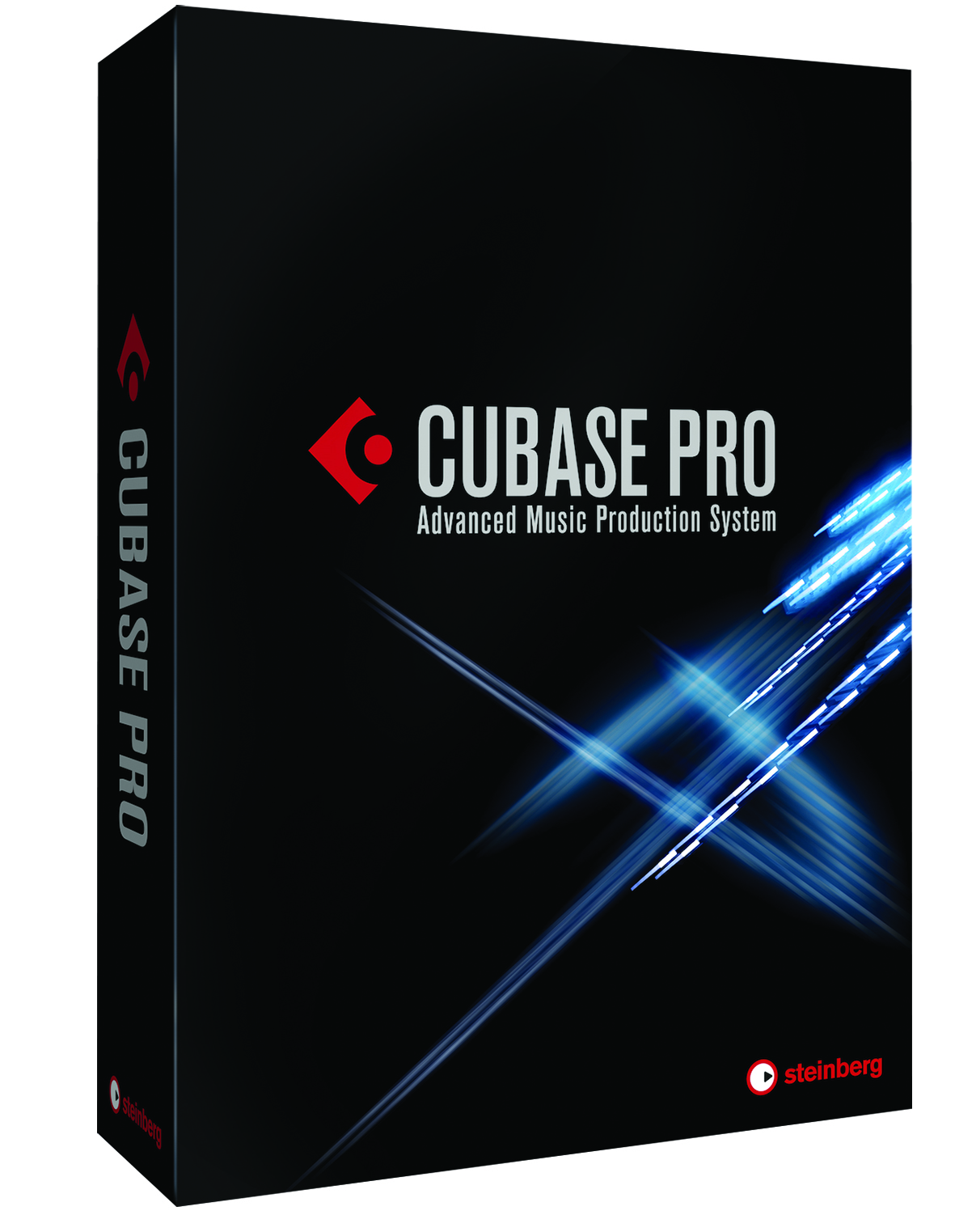 Company Steinberg
Price £80 to £488
Computer Mac & PC
Arguably the daddy of all DAWs, Cubase was many a (currently) middle-aged man’s introduction to the world of sequencing, as it originally came out on the Atari ST in the 80s. Since then, it has become the flag bearer of the VST instrument format and has now matured into one of the best cross-platform options out there.
They say: Cubase is considered by many as the most complete DAW on the market, and sets the benchmark for music-production software.
We say: Cubase is an elegant and powerful DAW that’s a delight to use.The workflow is highly efficient and the interface is beautiful.
Web www.steinberg.net 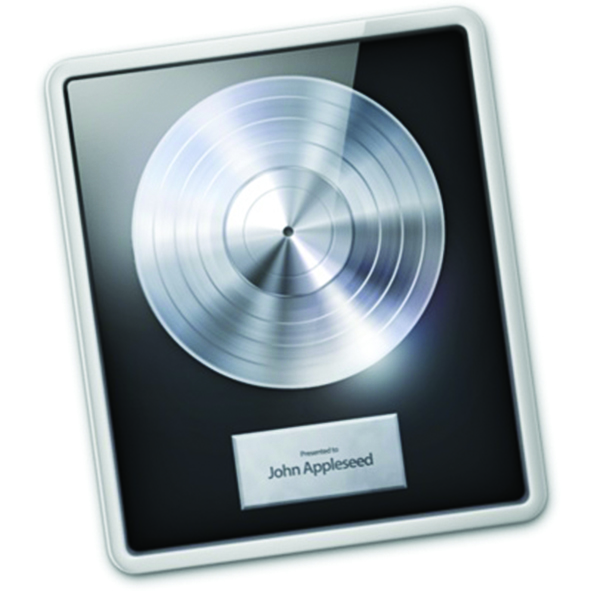 Company Apple
Price £199
Computer Mac
Logic is still the one to get if you are a Mac user, as the amount of content and number of instruments you get per pound is stunning. The latest version comes with some great easy features, like Drummer for instant beats.
They say: Whether you produce tracks in a professional studio or are an aspiring musician, Logic Pro X gives you all the tools you need to create, edit and deliver your best music.
We say: It’s the best cash a Mac-owning musician can spend, with very few other DAWs out there matching the usability and sonic dexterity that Logic Pro X offers.
Web www.apple.com 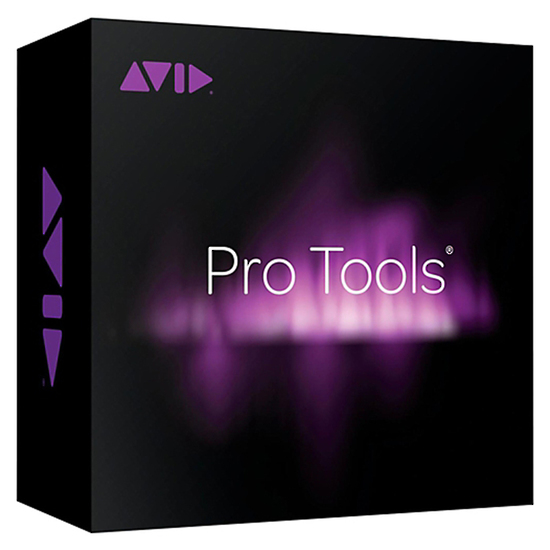 Company Avid
Price £23/month or £479
Computer Mac & PC
Very much the pro choice, Pro Tools is the choice of those after exceptional audio quality and fantastic mixing tools. For composition, you might want to choose one of the three above, but for mixing and recording, Pro Tools takes some beating.
They say: Power your sound with the tools that power the industry. Create music or sound for film/TV and connect with a premier network of artists, producers, and mixers around the world.
We say: Pro Tools 12.5 puts Avid firmly back in the race. Cloud collaboration may not excite everyone just yet, but it’s sure to be a standard workflow in the future.
Web www.avid.com 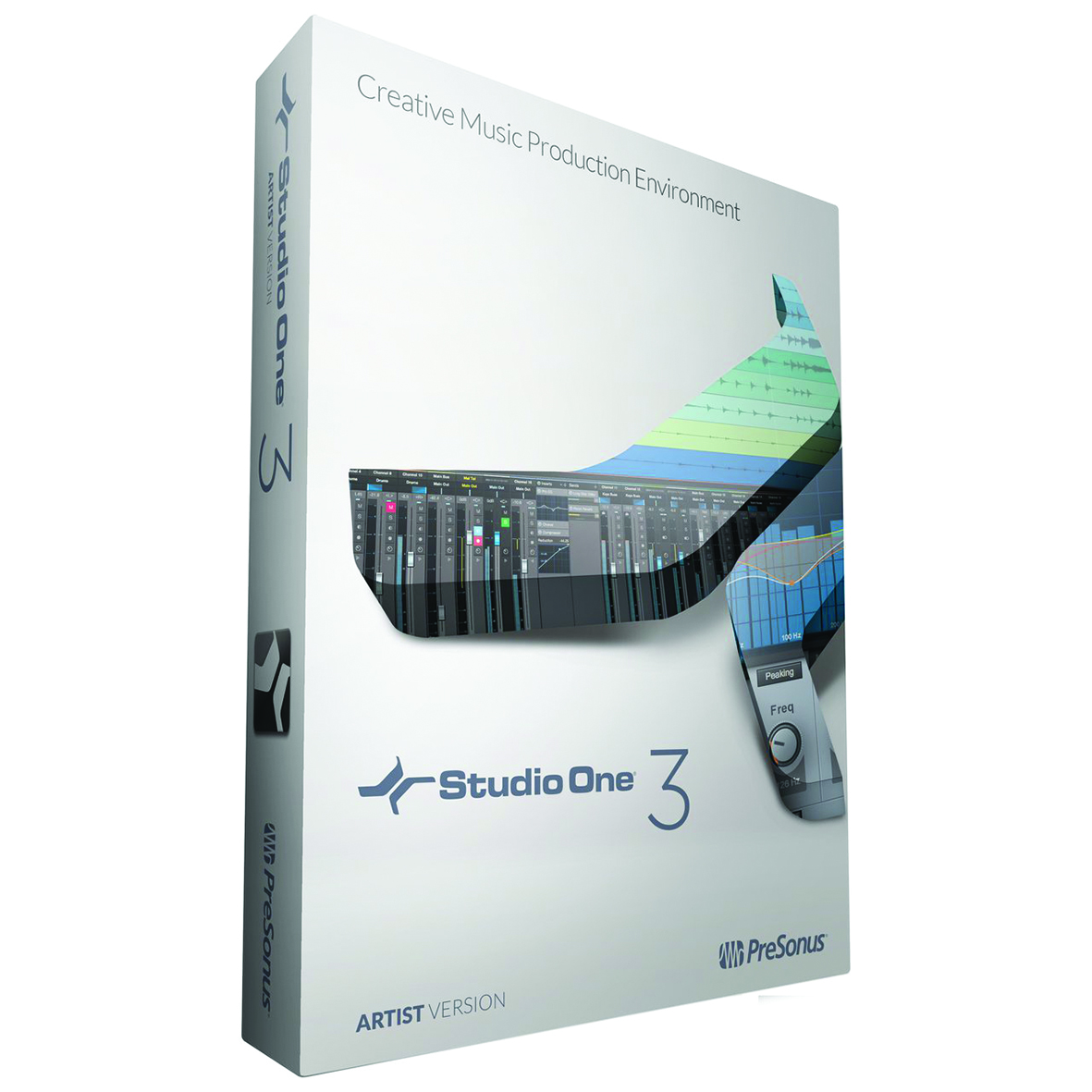 Company Presonus
Price £free to £279
Computer Mac & PC
Studio One is very much the DAW that is making waves, largely because it has as many features as software costing a lot more and its workflow is exceptional. There’s also a free version that will give you a taster of just how good it is.
They say: Once you touch its fast, flow-oriented, drag-and-drop interface, you’ll realise Studio One was built by creative people for creative music production.
We say: Studio One is here to stay and will continue to grow into, quite possibly, the best DAW out there for the songwriter, recording/mixing engineer, mastering engineer and producer.
Web www.presonus.com 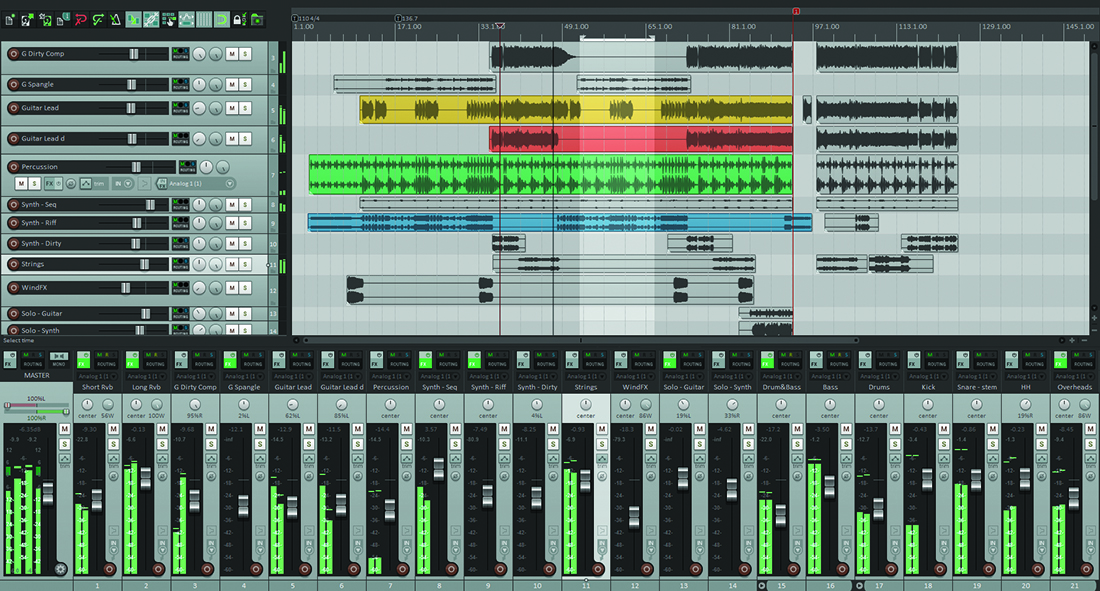 Company Cockos
Price $60 to $225
Computer Mac & PC
To get this amount of power for just 60 bucks is why so many people the world over are using Reaper. It’s the unsung hero of DAW music making and is probably the ideal starting point for music production.
They say: Reaper is a complete digital audio-production application for Windows and OS X, offering a full multi-track audio and MIDI recording, editing, processing, mixing and mastering toolset.
We say: Packed full of functionality, Reaper is simply one of the cheapest and best ways to get into professional music making.
Web reaper.fm 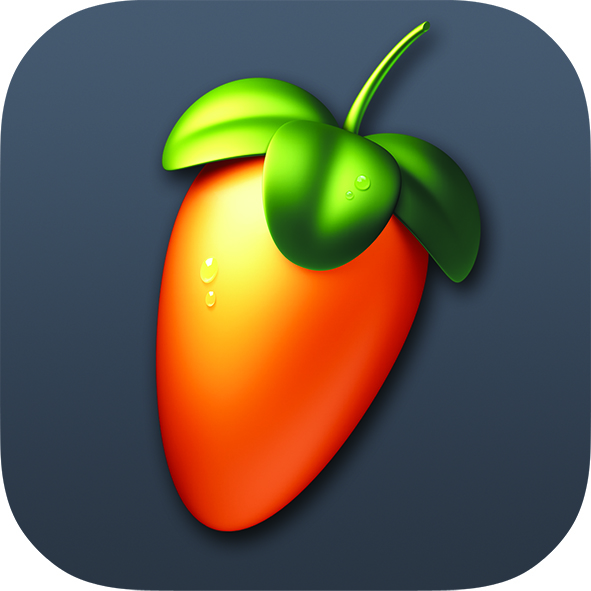 Company Image-Line
Price $89 to $189
Computer Mac (Alpha) & PC
FL Studio has a huge user base, largely because its producers offer free upgrades for life. That means, of course, that if you were one of the few who invested nearly two decades ago, you’re laughing now…
They say: FL Studio 12 is a complete software music production environment. Representing more than 18 years of innovative developments it has everything you need in one package to compose, arrange, record, edit, mix and master professional quality music.
We say: If you’re into electronic or loop-based music, FL Studio offers everything you need – and that lifetime upgrade option is also a very attractive enticement.
Web www.image-line.com 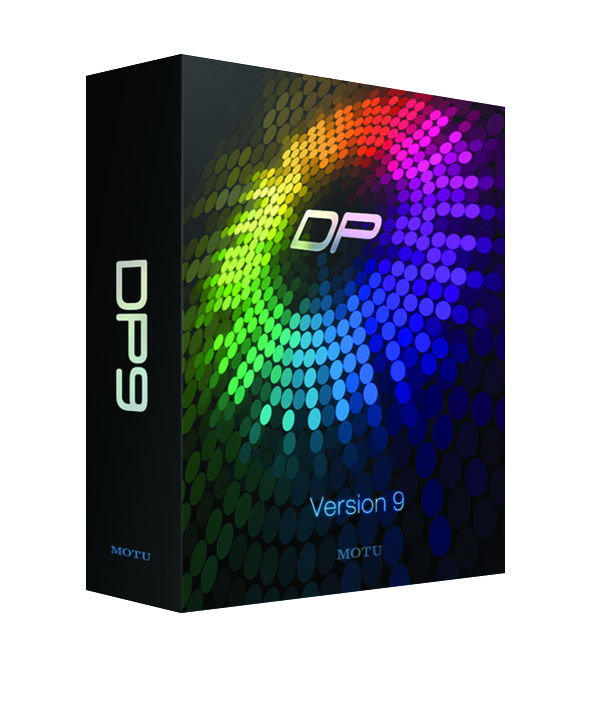 Company MoTU
Price $195 to $499 $499
Computer Mac & PC
It’s certainly not the cheapest DAW around, but Digital Performer has a wide user base, because it’s been around for many years and has a very clear GUI and tons of features.
They say: DP 9 delivers inspirational features devised to ignite your creative muse, and state-of-the-art studio production for the most demanding production environments.
We say: Digital Performer delivers where it matters and is packed to the rafters with features yet, because of its long history, workflow has been refined and made relatively simple.
Web motu.com 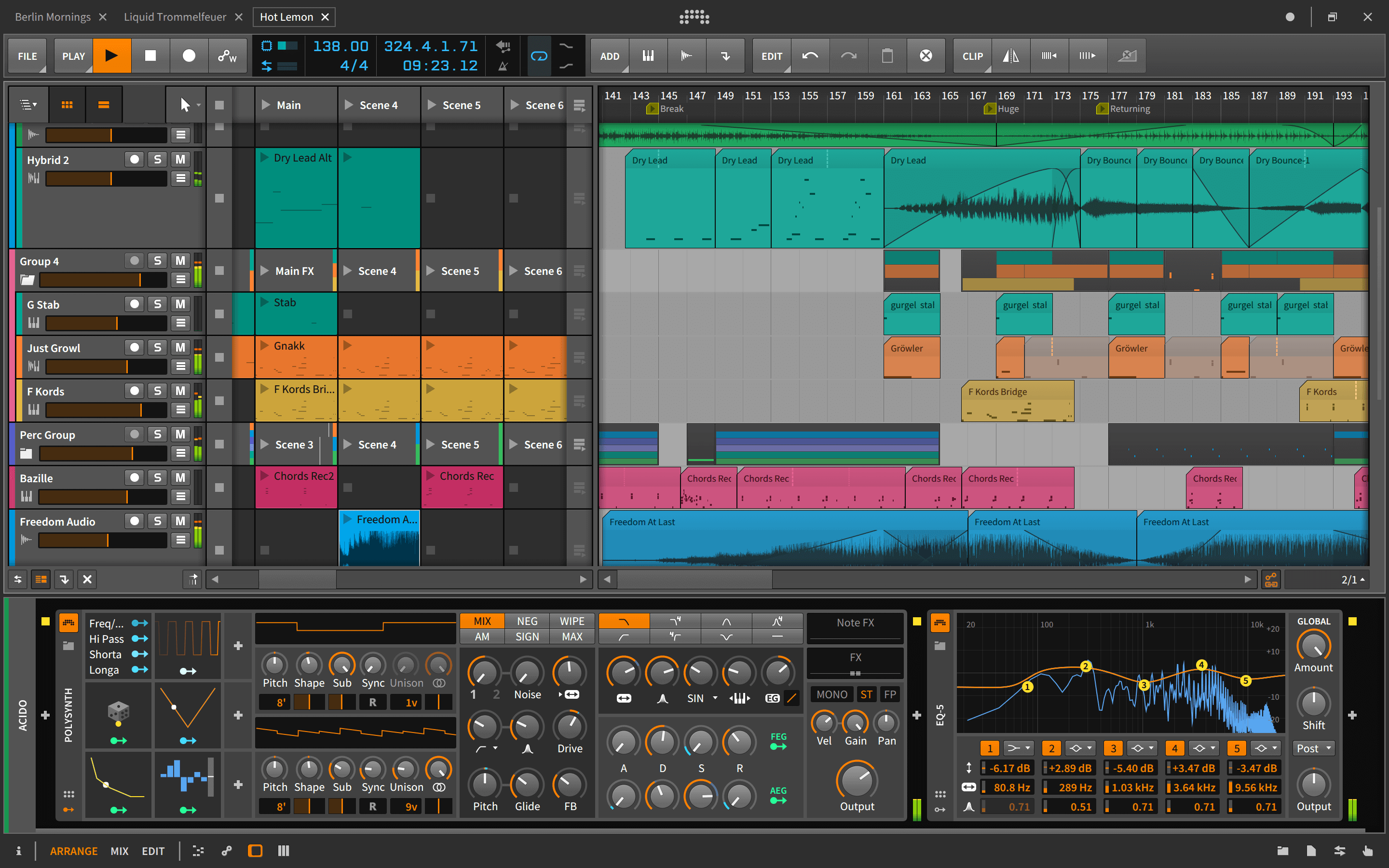 Company Bitwig
Price €259 to €379
Computer Mac & PC
Very much the new kid on the block, Bitwig Studio takes some of the
best bits of other DAWs and blends them together into a powerful but easy-to-use interface. It’s also been optimised for touch and is one of the best DAWs to use with a tablet PC.
They say: With cutting-edge technologies like plug-in crash protection and a highly flexible user interface, alongside a lightning-fast workflow experience for keyboard, mouse and touch screens, Bitwig Studio has attracted a large and steadily growing user base all over the world.
We say: If everyone can develop this kind of integration, we’re all in for an exciting music-tech future.
Web www.bitwig.com 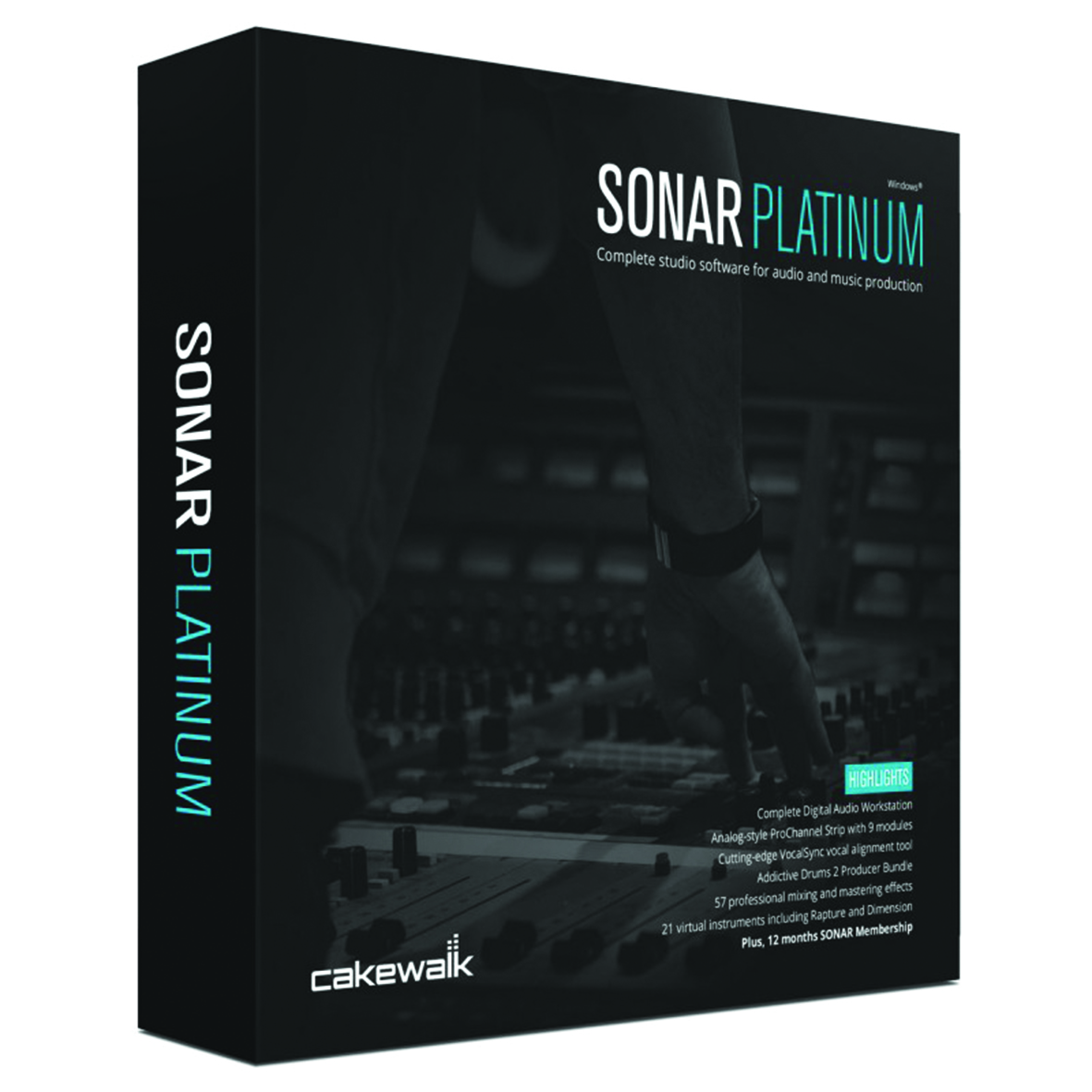 Company Cakewalk
Price $49 to $499
Computer PC
SONAR was one of the first DAWs to really
get behind digital audio recording. It’s been through dozens of revisions and updates over its two-decade history, and is now one of the most finely tuned PC DAWs available.
They say: Fuelled by over 25 years in the relentless pursuit of innovation, SONAR is reinventing the modern recording studio.
We say: Still a powerhouse DAW on the Windows platform, SONAR continues to be one of the most comprehensive DAWs around.
Web www.cakewalk.com

Company Propellerhead
Price £49 to £289
Computer Mac & PC
Reason is another DAW that’s been around for a long time, but is still
an incredible piece of software.
It emulates hardware instruments in a rack and gets you making music with it very quickly indeed, and is probably one of the fastest DAWs for getting ideas into tunes.
They say: The recording software, with everything you need to create amazing music – and collaborate with others.
We say: We’re re-establishing our love affair with Reason, and strongly recommend it to anyone getting into electronic-music production.
Web www.propellerhead.se 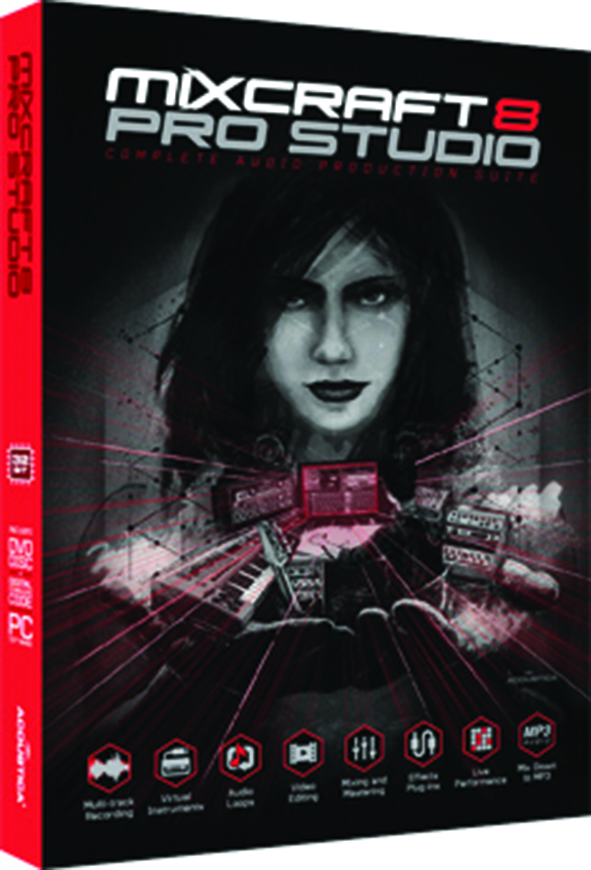 Company Acoustica
Price $49 to $179
Computer Mac & PC
With a huge range of plug-ins, Mixcraft is one of the unsung DAW heroes, especially given its price. We’ve regularly scored the software well and it’s a great entry-level – in terms of price, not features – PC option.
They say: Music-recording software for musicians, not engineers.
We say: Mixcraft is a surprisingly advanced DAW at a very attractive price. It’s straightforward to use and even if it may lack a little visual sophistication, it has plenty of features and functionality you need, where it matters.
Web www.acoustica.com

Now it’s time for our DAW recommendations for iOS. Yes, you really can get complete DAWs for your phone and your iPad… 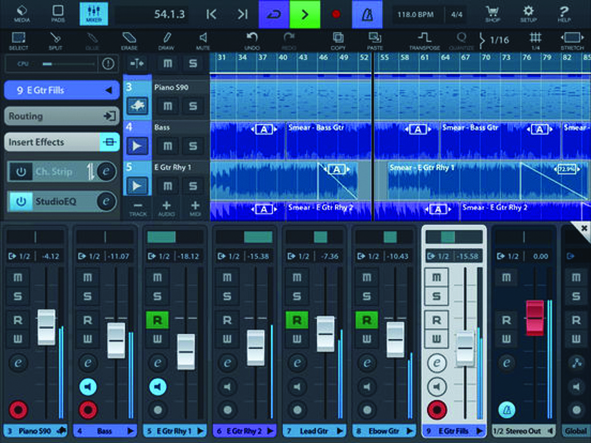 Company Steinberg
Price $49.99
Compatibility iOS 8.3 or later (iPad)
If you like your iOS DAWs to work pretty much like a desktop DAW, then they don’t come more familiar that Cubasis for the iPad. That’s because Steinberg, the company behind it, has nigh on 30 years’ experience producing DAWs. It’s expensive for an app-based DAW, but it is great.
They say: Cubasis 2 equals ease of use – and is as powerful as a fully featured music-production system.
We say: It’s one of the best DAW experiences to blend old-school sequencing with new-school touch production.
Web www.steinberg.net 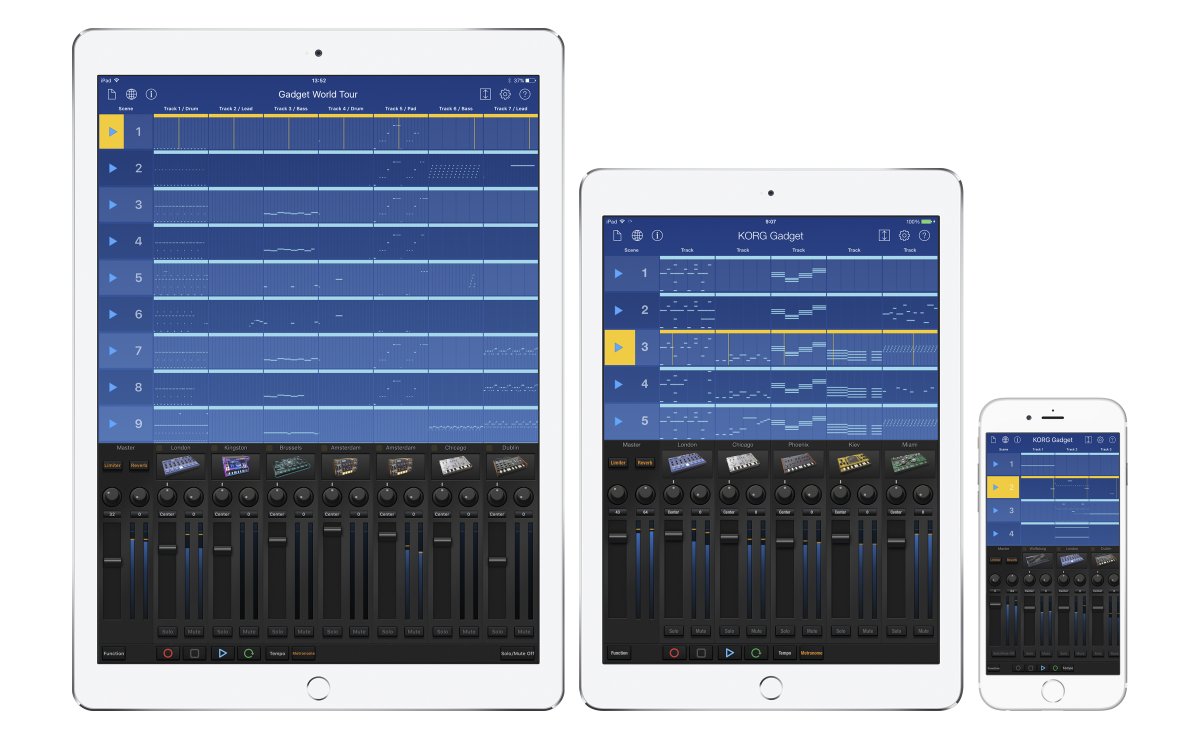 Company Korg
Price £19.99
Computer iOS 9.3 or later (iPhone and iPad)
If you make electronic music, then this is a must-have app. You can choose from a wide selection of synths and drum machines and easily blend them together to be composing and mixing in no time. It’s a great app, which utilises touch very well.
They say: The ultimate mobile instruments collection – the all-in-one music-production-studio app.
We say: Probably the best music-making app on iOS and now available for the Mac, so you can use all of those Gadgets on your desktop. Amazing!
Web www.korg.com 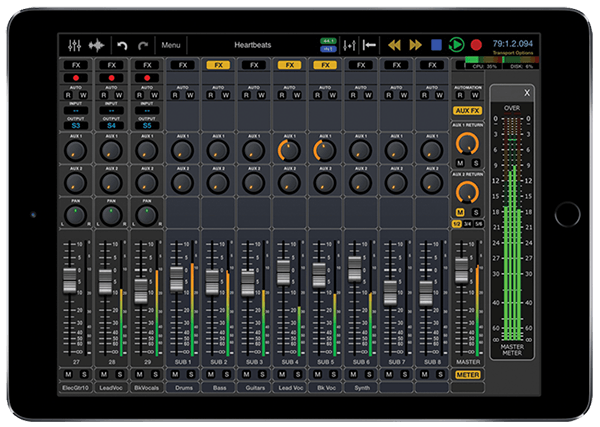 Company WaveMachine Labs
Price £34.99
Compatibility iOS 6.1 or later (iPad)
One of the first quality recording apps for the iPad,
and still one of the best. Auria features channel strips on each of its 48 playback channels, with effects bundled in by renowned third-party companies such as PSP Audio.
They say: Auria Pro sets a new bar for mobile music production. Whether you’re just getting started or are a seasoned pro, you’ll appreciate the power and flexibility in this award-winning DAW.
We say: The most ‘pro’ app here – and the ideal choice if you’re in a band and want to record gigs or studio sessions.
Web auriaapp.com 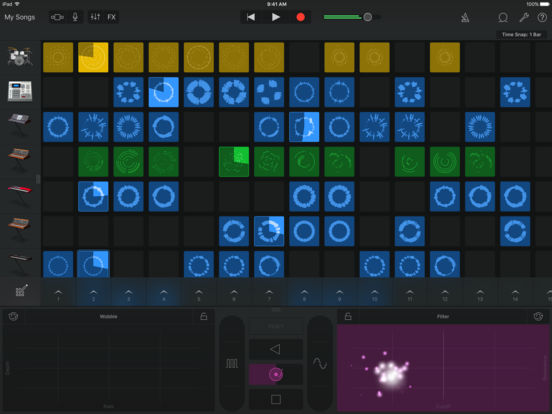 Company Apple
Price £4.99
Computer iOS 10.2 or later (iPhone/ iPad)
GarageBand features ‘proper’ virtual instruments like guitars and pianos – although you needn’t be skilled in either to play them – and with 250 loops thrown in, you can easily be assembling songs in no time; especially with the ‘smart’ options that help you assemble melodies and beats.
They say: GarageBand is the most popular music-creation app in the world. Whether you’re a novice or an experienced musician, you’ll find much to love.
We say: This is basically your first port of call when it comes to iOS sequencing – well, any sequencing, really – because it does so much
for so little outlay. It’s astonishing.
Web www.apple.com

Click here to continue to our guide to your starter studio on a budget of £800.