How To Get The Classic Studio Sound: Modern Genres

And so we fast-forward to more recent times for a look at the staples of the modern studio. Technology has become incredibly sophisticated, new ways of splitting and combining audio – eg, by using FFT (Fast Fourier Transform algorithms) – have enabled producers to do pretty much anything to audio. Yet a culture of appreciation […]

And so we fast-forward to more recent times for a look at the staples of the modern studio. Technology has become incredibly sophisticated, new ways of splitting and combining audio – eg, by using FFT (Fast Fourier Transform algorithms) – have enabled producers to do pretty much anything to audio. Yet a culture of appreciation for all things retro has flourished, too, so ultra-modern technology has been fused with the best of analogue hardware to create a new modern/retro hybrid technology. 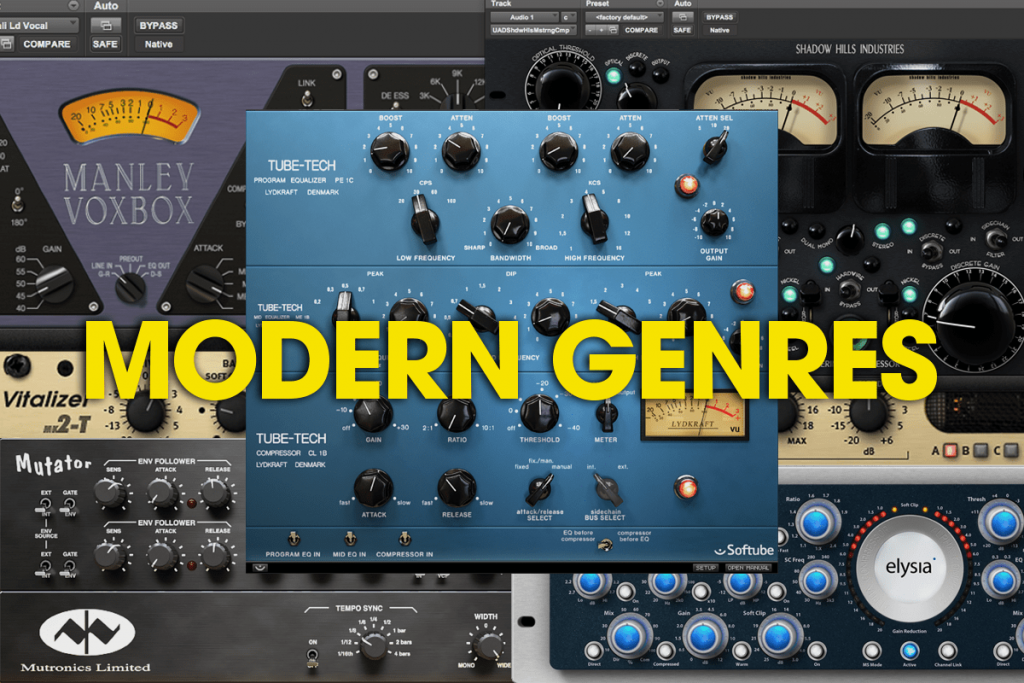 Featuring incredible transparent compression, analogue punch and warmth, the Portico 5043 brings the legendary Neve sound to music production. Many classics have been recorded through Neve compressors – It sounds great on just about anything. The Portico range was introduced in 2005, but Neve has been making legendary gear since the 1950s.

In 1995, a monster descended upon the unsuspecting world of pro audio. With mind-boggling filter effects and the ability to sweep the sound using input amplitude, LFOs, or an external sound source, the Mutator had arrived. Try using a drum loop to externally trigger the filter on a pad for astonishing results. As used by Massive Attack, Leftfield, Radiohead, The Orb, William Orbit, Daft Punk, Beck, Joey Negro, Nine Inch Nails and The Chemical Brothers. 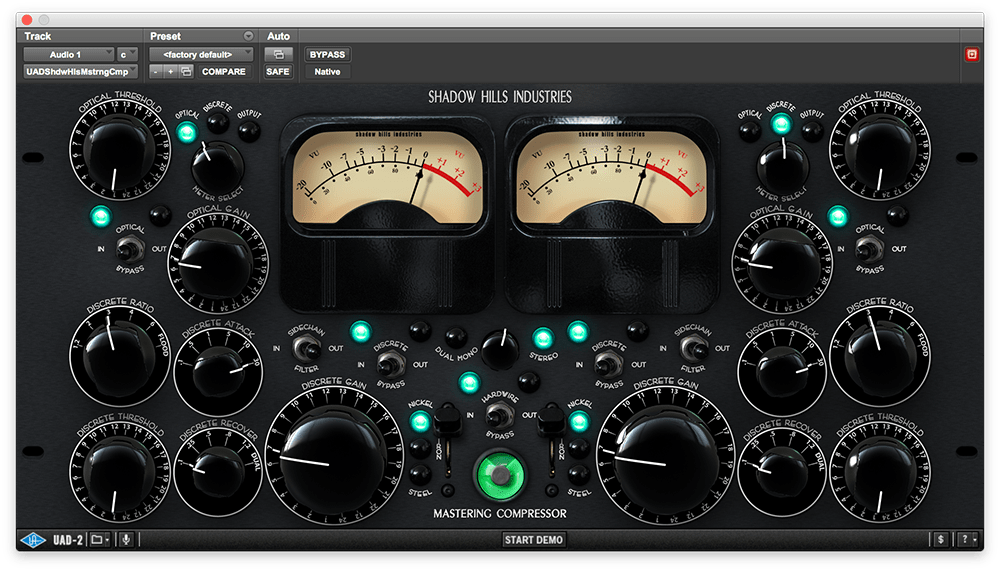 This compressor adds much to the contemporary sound of records from Muse, Green Day, Gnarls Barkley and many more! Created by the masterful Peter Reardon who set up Shadow Hills in 2000, this beast can provide a velvet touch to lift your record to perfection. Alternatively, you can crank it up to slam your mix into oblivion!

I love the separate Optical and Discrete (VCA) dynamics sections and switchable output transformers, which offer you the ultimate control over saturation and dynamics. It looks great and adds wonderful character to the audio signal.Until this recent UA plug-in version came out, you needed to put some serious money down to buy the gear to make your record sound punchy, fat and present for the mastering stage. 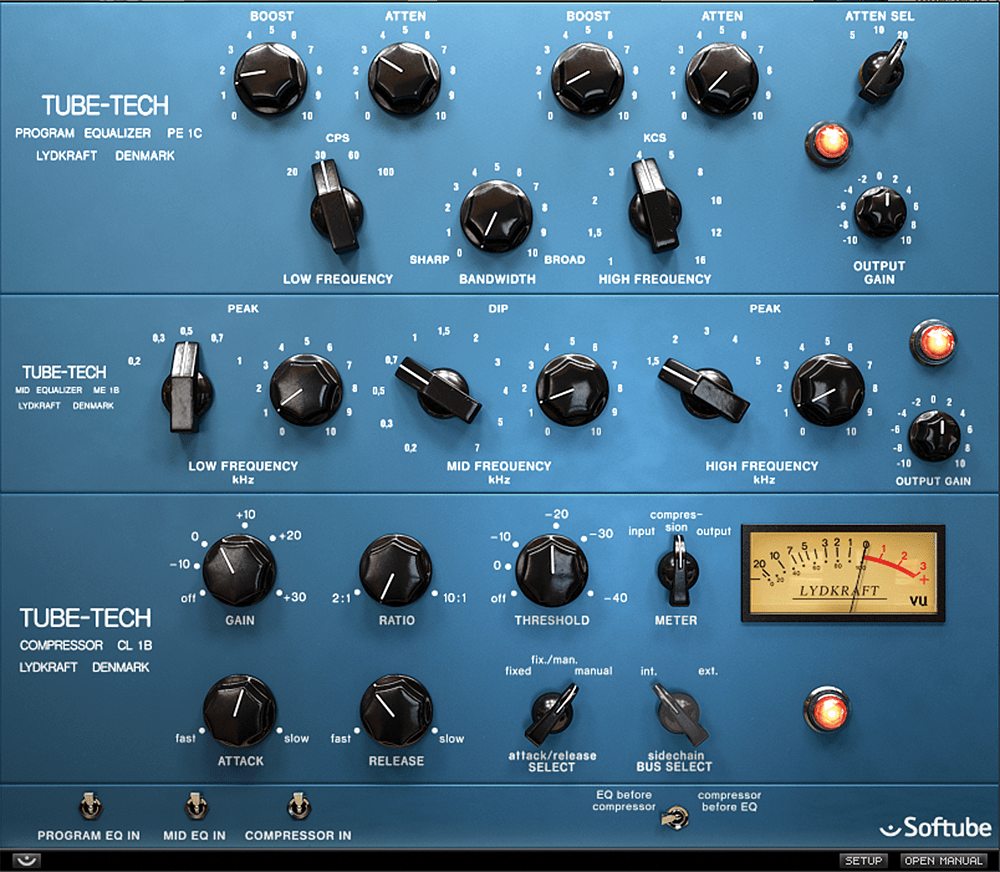 The compressor from 1991 for the modern producer – as used on Kanye West’s vocals during the recording of his Yeezus album. From calm and natural to punchy and lively, this heavyweight pro compressor is great on material including vocals, acoustic guitar and bass.

A high-end vocal channel strip from 1997, featuring a Class A valve preamp, de-essing EQ and dynamics. The Manley is the vocal choice of Beck, Rick Rubin and U2 and is now available for your own setup from UA. The VOXBOX is also widely used on bass and acoustic guitars.

Found on many modern hit records and costing over $10,000 new, the elysia alpha is an ultra-high-end, class-A compressor for mixing and mastering, famed for its openness and clarity. With M/S (Mid/Side) processing and Warm/Soft Clip features, this is an elegant way to polish off your master.

A long-time staple of mixing and post-production facilities, the SPL Vitalizer MK2-T has been used to enhance and excite tracks and busses. Create wider, clearer mixes, add valve presence and harmonics and let individual sounds shine in the mix. 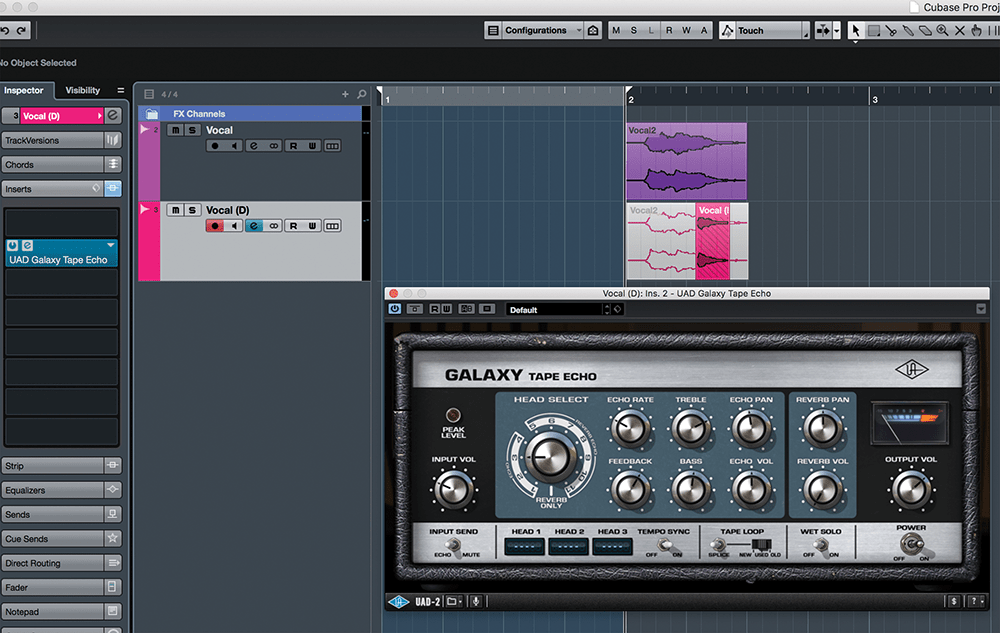 1. Take the audio you would like to create a delay from and duplicate it onto another track. In this case, I’ve used a vocal line singing “Oh yeah”. On the duplicate track, cut a part of the end of the phrase (the “yeah”) and mute the rest. Add in the Tape Echo (1/8d Echo Rate works great).

Turn up the Feedback and play the audio until it freely oscillates, then turn the feedback down just under the self-oscillation point. Make sure the Wet Solo is on and your input is set to a good juicy level. 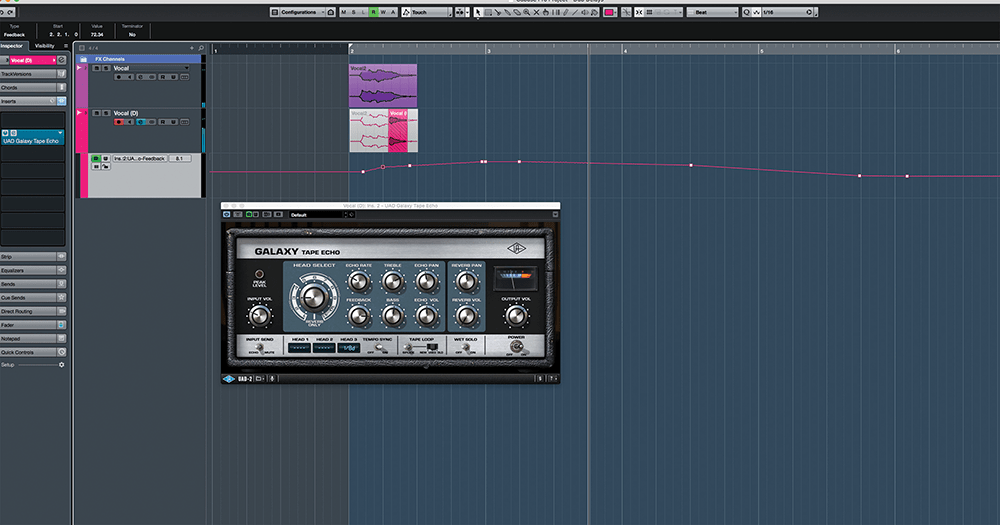 2. Now automate the Feedback to go into self-oscillation just before the cut vocal comes in – be creative in real time. Remember to bring the feedback right down at the end, otherwise it will continue to feed back forever!

3. I have mixed down the tape-echo component so you can see the result. It sounds pretty great.

Since 1993, the EL8 Distressor has established itself as a ‘must have’ compressor in studios worldwide. Super-fast and versatile, the EL8 can reshape guitars, drums and vocals with almost infinite gain-section variations – you can pump it up, destroy it or simply bring your elements to the front of the mix.

A prominent mixing engineer recently speculated that there’s not a Top 40 record made in the last five years without at least one Distressor on it! Used to mix U2, Etta James and Hole.

An all-valve, rackmountable distortion/enhancer, the Thermonic Culture Vulture will bring warmth to your mix, or give you no-holds-barred distortion that will make your tracks scream like a demented vulture fighting over a carcass. Since its 1998 release, you’ll have heard this on tunes by Groove Armada, The Chemical Brothers, Peter Gabriel, Portishead and The Prodigy. 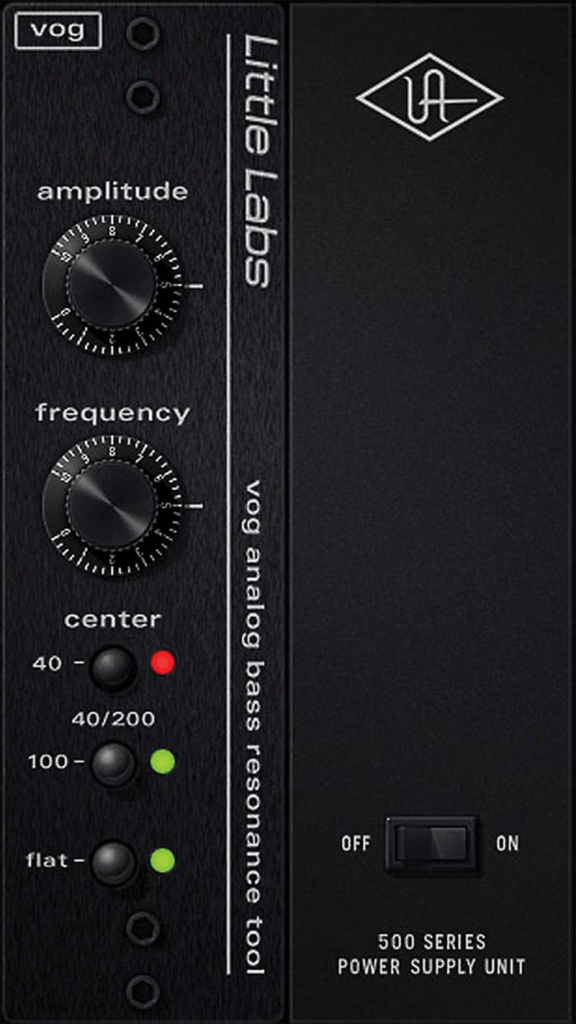 The Little Labs Voice Of God is a bass-resonance tool introduced in 2009. It was orginally intended to add chest resonance to vocals, letting vocalists or voiceover artists stand further away from the mic and still enjoy a proximity effect – hence the name.

However, with the ability to add size and weight to any source and craft bass frequencies, the VOG is a very handy tool for mix engineers to use on any source – and is often employed to make the low end of a mix tight, lean and punchy. This is a go-to tool for multi-platinum mixers like Joe Look (Katy Perry, The Hives) and Joe Chiccarelli (Beck, The Killers).

While not a direct copy of an original studio-hardware icon, this is an emulation collection of wonderful delay effects in a single plug-in. Soundtoys has obsessively captured the essence of units like the Echoplex, Space Echo, Memory Man and CE-1 chorus and combined them in a very tasty, fun package.

These are the sounds of countless hits, the Memory Man being a favourite delay of U2’s The Edge. With freedom over mono, ping-pong and tap delays, this is a great toolkit that will no doubt become a classic in its own right.