How To Get The Classic Studio Sound: Classic Rock, Motown and Soul

In the 1960s there wasn’t much gear to experiment with, but now we are inundated with countless pieces of technology that allow us to shape our sound any way we want it. Here we round up the best plug-ins available to recreate the iconic sound of classic rock, Motown and soul… Studios were a very […]

In the 1960s there wasn’t much gear to experiment with, but now we are inundated with countless pieces of technology that allow us to shape our sound any way we want it. Here we round up the best plug-ins available to recreate the iconic sound of classic rock, Motown and soul… 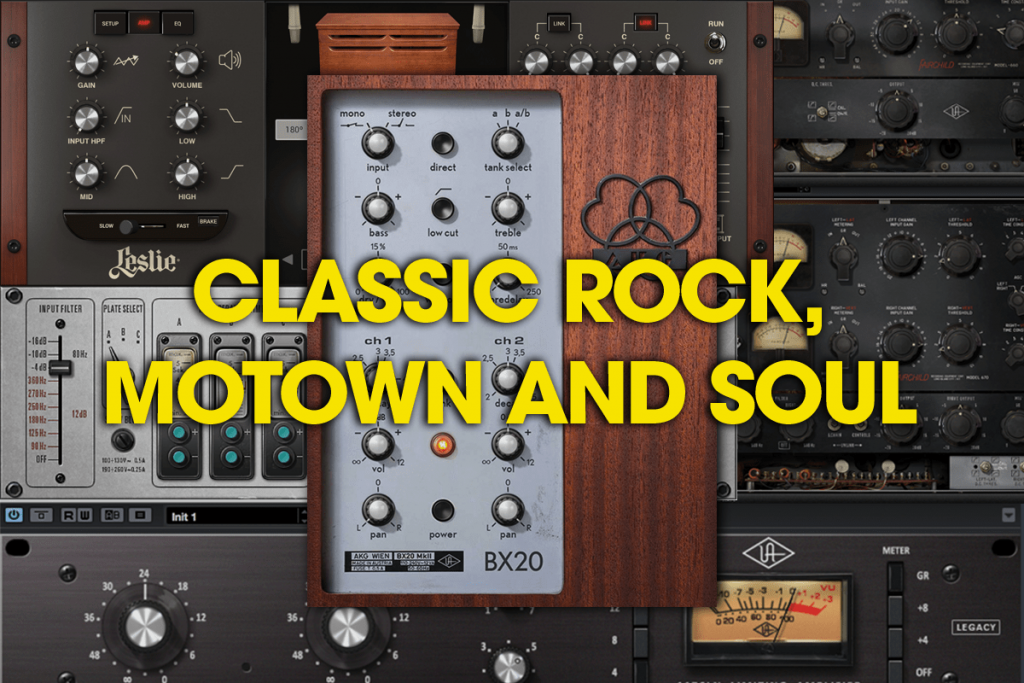 Studios were a very different setting back in the days of Motown. The technology was extremely limited, so engineers and producers had to be highly creative to achieve the punchy, unique sound. Studio units were purely analogue, with ingenious design imparting classic character to the sound. Some units, such as the Leslie speaker and EMT 140 also had mechanical elements.

Another technique that was employed back in the day was to send a reverb to a speaker and then mic the room for the effect; many records even feature the sound of natural bathroom reverb. Now, in 2018, you can use these units in your DAW to get some of that soulful authenticity.

The 1176 is an all-transistor based compressor which has been used to record some of the greatest tunes in history. With an ultra-fast attack time, bite and ‘All Buttons In’ mode for colourful driven textures, this is amazing on vocals… and just about everything else. As heard on chart toppers from the late 60s onwards. 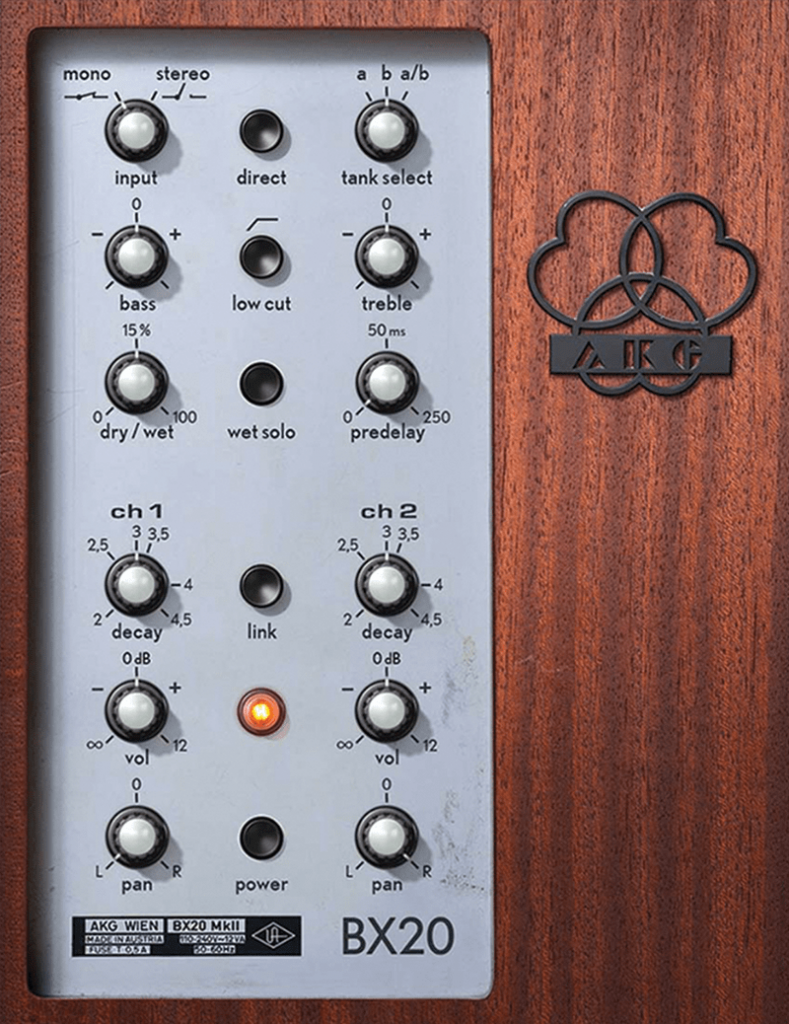 Used on records since the late 60s, the AKG BX20 was an ingenious assembly of mechanical springs and electronics. The sound is dark and dense but unmistakably clear. You will find spring reverbs on vintage guitar-amp combos. For that retro, reverb appeal, try this out on different track elements. The BX20 has been used on more recent records from artists who have a retro aesthetic, including the likes of the Kings Of Leon, The Black Keys and Jack White.

The EMT 140 used a huge metal plate to create organic, lush reverbs. This iconic reverb will transform vocals and instruments with natural depth and shimmer. The sound is further enhanced with mechanical dampening, width and modulation controls. Introduced in 1957, the hardware unit weighed in at a mammoth 600lbs. Great on vocals or used to add a pre-delay for fabulous drum ambience, if you want to harness classic 60s reverb, then this is the route to go down.

IK Multimedia offers a great package of emulated software in its reasonably priced T-RackS packages. A new addition to the line-up is the Leslie rotary-speaker emulation produced in partnership with Hammond USA and Suzuki Music Corp of Japan. A Leslie is a box with two sets of speakers (for high and low frequencies), which spin around to literally throw the sound around the room.

This creates a very pleasing vibrato/Doppler effect that’s been put to creative use throughout pop history. It’s the sound of any band with a Hammond organ, such as the James Taylor Quartet, Jimmy Smith and The Beach Boys; it was used to modulate John Lennon’s voice on Tomorrow Never Knows and George Harrison’s guitar on Lucy In The Sky With Diamonds – a legendary bit of kit! 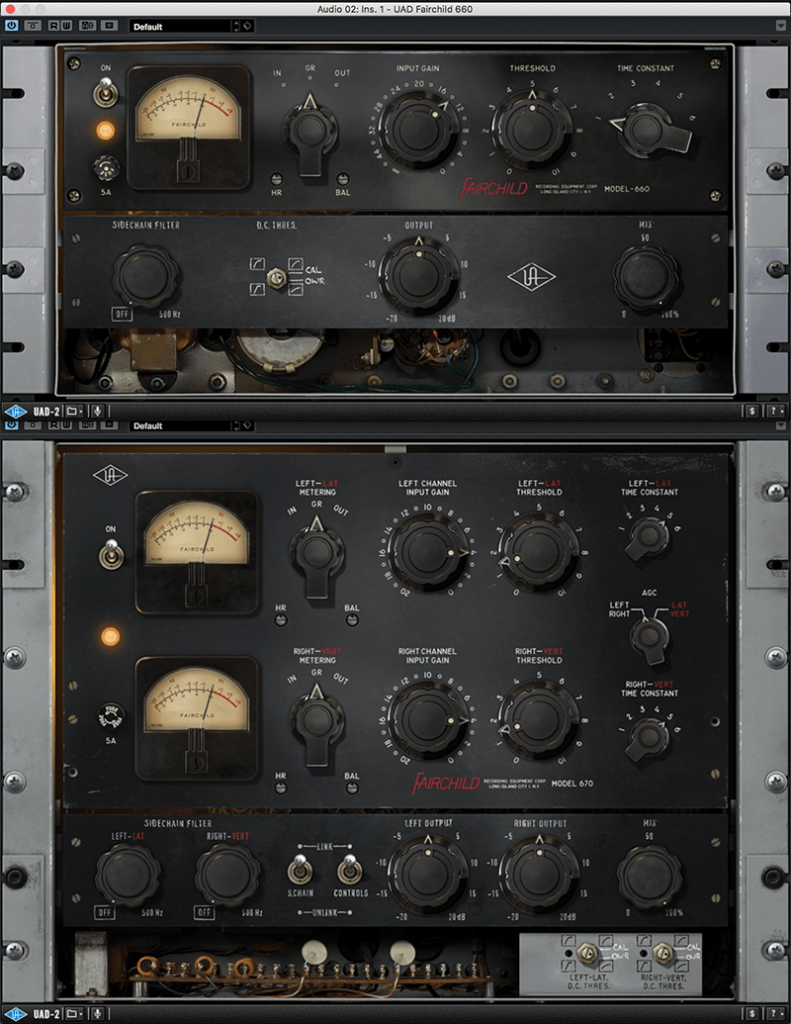 The Fairchild 660 and 670 have to be the most coveted compressor/limiters of all time. Containing 20 valves for silky warm sound, and a price tag up to $50,000, they have helped define the sound of music as we know it. As well as being used on countless Motown classics, Fairchilds were also used in pop and rock and were a favourite of The Beatles and Pink Floyd. The Fairchild 660 and 670 are divine on vocals, drum busses and mixes.