Looking for true portability without scrimping on sound quality? Here are our top selections for on-the-go music listening 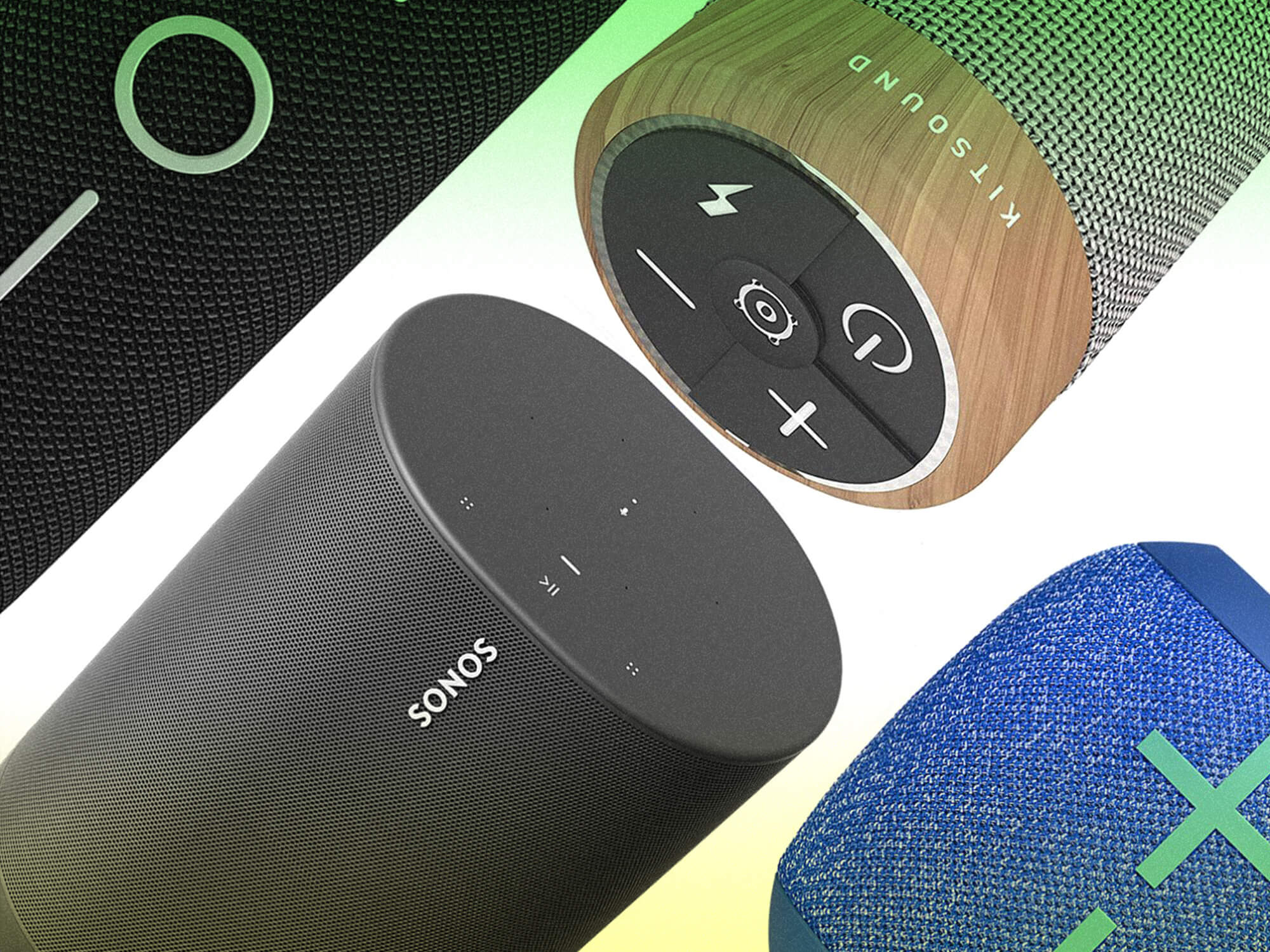 Over the last ten years, the purchase of portable Bluetooth speakers has become an essential consideration for music listeners. Whether to be used while lounging in the park, hosting (socially distanced) outdoor parties or just moving one around the home in lieu of a multi-room speaker system, Bluetooth speakers have come a long way, shedding their former reputation for bass-less, tinny sound and growing fully capable of audiophile-satisfying sonics.

What to look for in the best portable Bluetooth speakers?

Size: As always, buy for your needs. Larger speakers tend to be heavier and bulkier with better audio quality and battery life, but smaller speakers can be easily chucked into a bag and taken out for a spin.

Battery life: Next to size, this is the most important factor when considering which portable speaker to buy. The average model has about five to seven hours of battery life, but there are many with 20-plus hours – like a few on this list.

Voice assistants: Alexa and Google Assistant are pretty much available on most branded Bluetooth speakers, but Siri users unfortunately will have to make do with Apple’s HomePod range – or use AirPlay.

Additional inputs and outputs: Granted, most of us will stream audio to the speaker via Bluetooth. But a little versatility never hurt anybody. So check for other I/Os such as RCA stereo and 2.5/3.5mm aux in.

What do IP/IPX ratings mean in portable Bluetooth speakers?

IP/IPX ratings (“IP” stands for Ingress Protection) refers to how protected a device is against water, dust, shock and intrusion by other particles. Generally speaking, the higher the number, the more robust the device. So how do you decipher the numbers?

The first digit in, say, an IP67-rated device (“6”) refers to the level of protection against solid foreign objects. This is measured on a scale from 0 to 6, where 6 means the device has a completely dust-tight enclosure with a vacuum seal.

The second digit refers to protection against liquids, and is measured on a scale from 0 to 9. IPX7-rated speakers are now fairly common – such devices are able to be immersed underwater at depths of up to one metre.

If a rating has “X” in place of a digit, it means the device is unrated, which is markedly different from having no protection at all (“0”).

What are audio codecs and why are they important?

To transmit the musical information over Bluetooth, an audio codec is needed. A codec’s job is to aid the fluidity of data transfer by packaging up the most important digital information required for reproduction via your receiver/speaker. In the audio world, that information is usually elements such as bit rate, bit depth, transfer rate and, ultimately, the overall file size. Typical codecs you’ll encounter, such as SBC and aptX are lossy, which means that they’ll eliminate information that perhaps many consumers won’t notice.

If you demand higher-fidelity, however, then there’s a growing number of codecs that can now deliver high-res audio. AptX HD delivers 576 kbps, while Sony’s proprietary LDAC’s variable bit rate peaks at a whopping 990 kbps. Though not technically lossless, these bit rates far exceed CD quality. Depending on your needs and your Bluetooth source, you may be able to switch codecs, but you’ll need to check that your chosen speaker model supports it. Also, bear in mind you’ll need to keep your source and speaker closer to guarantee the highest signal strength if you’re going down the high-res route.

The best portable Bluetooth speakers to buy in 2021 at a glance:

JBL’s Flip 5 excels at both essential factors: portability and sound quality. When fully charged, the Flip 5 provides 12 hours of playtime and is light enough (0.54 kilograms) to easily carry in your bag until needed. The Flip 5 is waterproof, too (up to IPX7 standard) so it’s a safe bet for the poolside.

Its internal driver adds considerable bass heft to anything you throw at it, while still allowing mid-range textures and scintillating treble to share the soundstage. Though other speakers may boast more enhanced features (and greater EQ control), the Flip 5 is a robust, reliable portable music station, available in a wide variety of colours.

If you can stretch your budget, then the Sonos Move is well worth the price. Compacting Sonos’s smart home audio cred into a portable, outdoor-ready speaker, the Move is a high-end Bluetooth and WiFi-enabled beast that intelligently recalibrates its impressive sound depending on its environment. How it does this is a little bit of a mystery, but this witchcraft means that the Move is just as impactful filling a small room or spreading out to entertain a large garden party.

Of course, the Sonos Move is much more than a mere speaker. You can easily activate your voice assistant of choice via an always-listening microphone.

But although it’s certainly moveable, it isn’t really ideal for lugging around on long journeys due to its heft, size and short 11-hour battery life. That said, an IP56 rating and sturdy case make it weather- and shock-resistant enough to be parked by the pool without worry of the odd shower or splash.

Though its idiosyncratic, pebble-shaped design may raise some eyebrows, the Beosound A1’s remarkable sound will silence any detractors. The Danish audio heavyweights have somehow managed to cram in 2×30 watts into a diminutive 3.5-inch woofer and 0.6-inch tweeter, as well as an aptX Adaptive codec.

This sonic delivery makes it an ideal choice for either indoor or outdoor listening with deep bass that’s fairly balanced by sparkling trebles. The Beosound A1 is also fully waterproof (IP67 rating), meaning it can be cleaned under a sink or submerged in water by up to a metre with no damage. Impressive stuff.

Stakes: good against vampires, better for propping your portable Bluetooth speaker above the ground. Call it gimmicky, but the Diggit 55 sets itself apart from the pack thanks to a removable plastic stake that elevates the speaker for listening-enhancing (and dirt-reducing) benefits.

The Diggit 55’s style is a definite plus, with a classy, wood-panelled aesthetic – so much so that it makes us feel more generous about some of its foibles, such as the lack of oomph in the lower registers. That said, the crystal-clear sparkle emitted by the 360º speaker as well as dual EQ modes – for either indoor or outdoor listening – is tremendous at this price point. The ability to make a stereo pair alongside another Diggit is also an appealing prospect.

Many Bluetooth speaker buyers are casual music listeners who are unfussed about pristine sound quality – they’re likely to be more attracted to a product that will weather all manner of conditions. Ultimate Ears’ 360º Wonderboom 2 stands tall in that regard.

Able to cope easily with dust, sand and water (in fact, it can happily freely float around a pool, flaunting its durable IP67 rating) the Wonderboom 2 is a small but tough little speaker. Its oversized volume controls highlight the simplicity of its pair-and-play ease.

Audio quality isn’t an afterthought, either, with its durability complemented by aural detail and clarity, perfect for outdoor background ambience. Bass is perfectly serviceable, but those looking for added phatness will be better served by other models, though Wonderboom’s Outdoor Boost feature can lift the overall output to 87dbC.

If your musical preferences lean toward the rockier end of the spectrum, Marshall’s Emberton may be the perfect companion. Sporting the iconic brand logo and resembling a shrunken version of a guitar amplifier head, the Emberton packs ‘True Stereophonic’ technology, which Marshall claims results in balance and clarity across 360º.

The Emberton is pretty lightweight and is operable via a simple multi-directional button at the top of the unit. Inside, it’s driven by dual 10-watt drivers which (unsurprisingly, given Marshall’s expertise) reproduce some top-notch sound, fairly balanced and with considerable low end.

Another plus point is its 20-plus hours of portable playtime and quick charge feature (three hours for a full recharge; 20 minutes for five hours of juice). When not blasting out tunes, it could make for a stylish ornamental touch if positioned thoughtfully in a living room. Rock on.

Exuding Scandinavian design finesse, this Bluetooth beauty from the acclaimed Danish hi-fi brand remains one of the strongest portable speakers on the market.

Equipped with a battery that can chug along for 24 hours, multiple audio profiles, a 3.5mm input and a USB charging output (encouraging you to incorporate a Chromecast Audio dongle, if you’re so inclined) not to mention the useful leather carry strap, the Katch certainly sits among the top-tier, though it’s going to cost that little bit more.

Durability is the watchword for the SRS-XB33. While not the most visually appealing of designs compared to the others on this list, the Sony device compensates for it by being virtually indestructible. Sony states that the unit is dustproof, shockproof and waterproof (even the corrosive effect of seawater doesn’t faze it).

This sturdy little unit’s sound is driven by a non-circular diaphragm, dubbed the X-Balanced Speaker Unit. Though these sort of resemble the eyes of Wall-E, the sound – bolstered by passive radiators by the side of the unit – is impactful and pretty faultless for a “party speaker”, which is what Sony is calling the SRS-XB33.

Like many of the speakers listed here, the SRS-XB33 can be linked up with other units to get some stereo-sized action. Its controllable front lighting (via the Fiestable app) will also be appealing, if you want to help the vibe along.

The latest version of Anker’s 360º Bluetooth speaker might look like a smart home speaker, but its IPX7-rated waterproof protection and 12-hour battery life mean it’s ready to troop outdoors and crank out some bass-rich sound whatever the weather.

The Flare 2’s ‘Bass Up’ feature is a particularly nice low-end booster, harnessing a custom-designed DSP chip alongside dual bass radiators, while its snazzy LED lighting modes (modifiable via the slick Soundcore app) are a mesmerising mood enhancer. Another notable inclusion is its speakerphone functionality, which is well-suited for hands-free chit-chat.

The StormBox’s handy strap allows for easy portability and if you’re planning an all-dayer, and the battery is capable of 20 hours of uninterrupted audio – so you’re covered on that front. The Stormbox lives up to its name too, with even the heaviest monsoon unable to penetrate its IPX7 waterproof rating.