From major services to genre-specific ones and more, these are the streaming services you’ll want to know about in 2021. 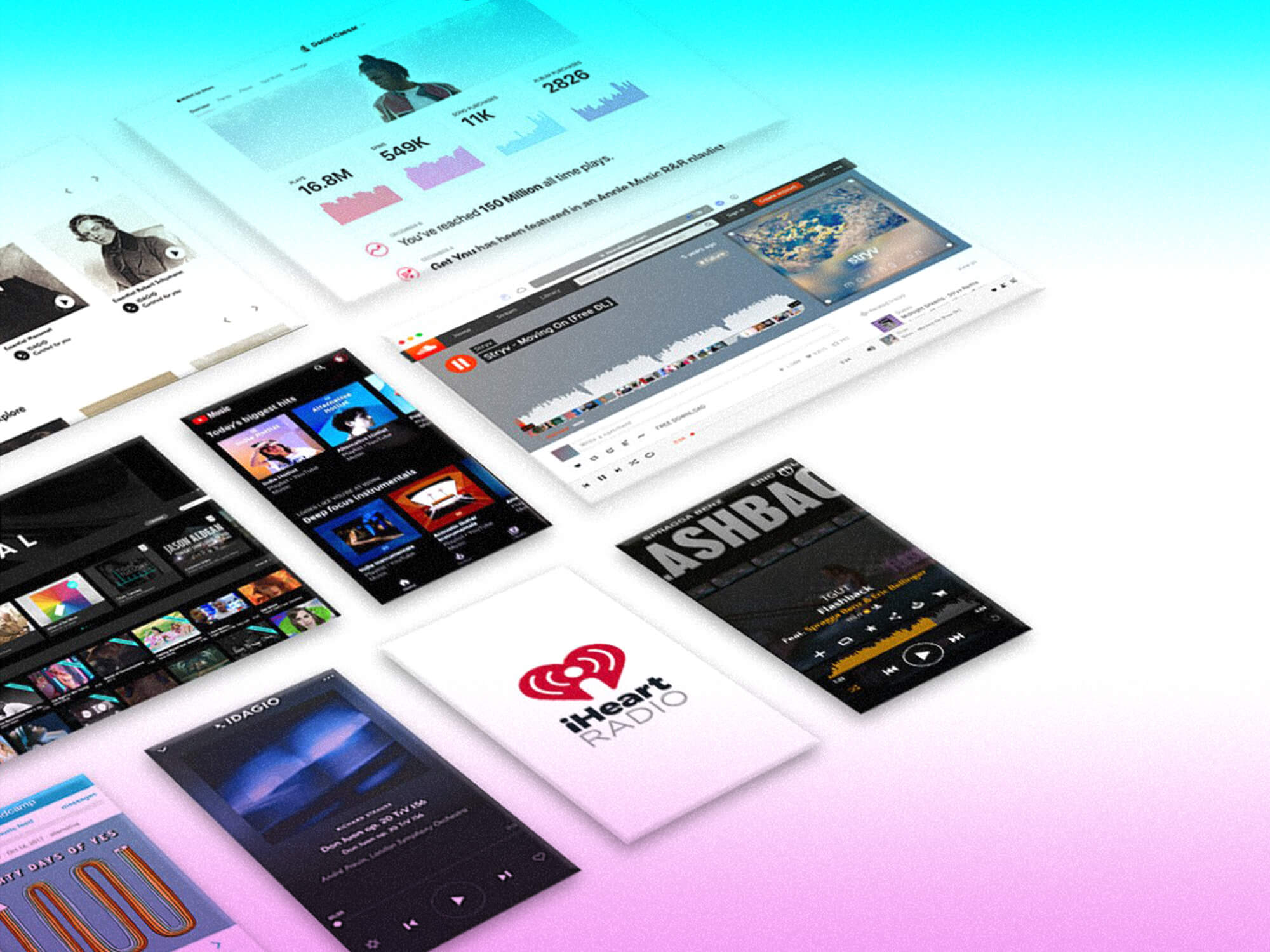 While CDs, vinyl and cassettes have found themselves a small but passionate audience, the way most people listen to music today is through a streaming service.

Despite intense competition in the streaming market, there are key differences that set major platforms apart. In this guide, we’ll examine and compare these differences and also introduce you to some lesser-known services that you should also know about.

Unless explicitly stated, most streaming services will deal out lossy file formats such as MP3 and AAC. Because digital audio is data, most platforms are concerned with bit-rate: the measurement of data amount transmitted each second.

In general, it’s safe to assume that a higher bit-rate will equate to better audio quality, though your listening device itself – headphones, earbuds or speakers – definitely shouldn’t be overlooked. For example, cheap earbuds may not reproduce the complete frequency range that a CD-quality file can offer. If you want to experience high-quality audio at its best, then a proper speaker setup or high-end headphones are warranted.

The best music streaming services in 2021 at a glance:

Spotify Connect – the service’s protocol for connecting to third-party devices – makes it even more accessible, allowing it to connect to various products, from wireless speakers to gaming consoles and more.

There’s also a social aspect to the platform, where you can choose to share what you’re listening to in real-time, assemble playlists with others and follow artists you like. Pricing, meanwhile, is relatively affordable: a single premium account costs $/£10 monthly, while a family plan for up to five users costs $/£15.

Lossless streaming is set to be the next big step for Spotify. The streaming giant announced in February 2021 that it would provide a new service dubbed Hi-Fi. While the brand has been hush-hush about audio specs and the roll-out schedule, it promised: “CD-quality streaming” – which could undercut the dominance of Tidal and Amazon Music HD among audiophiles. 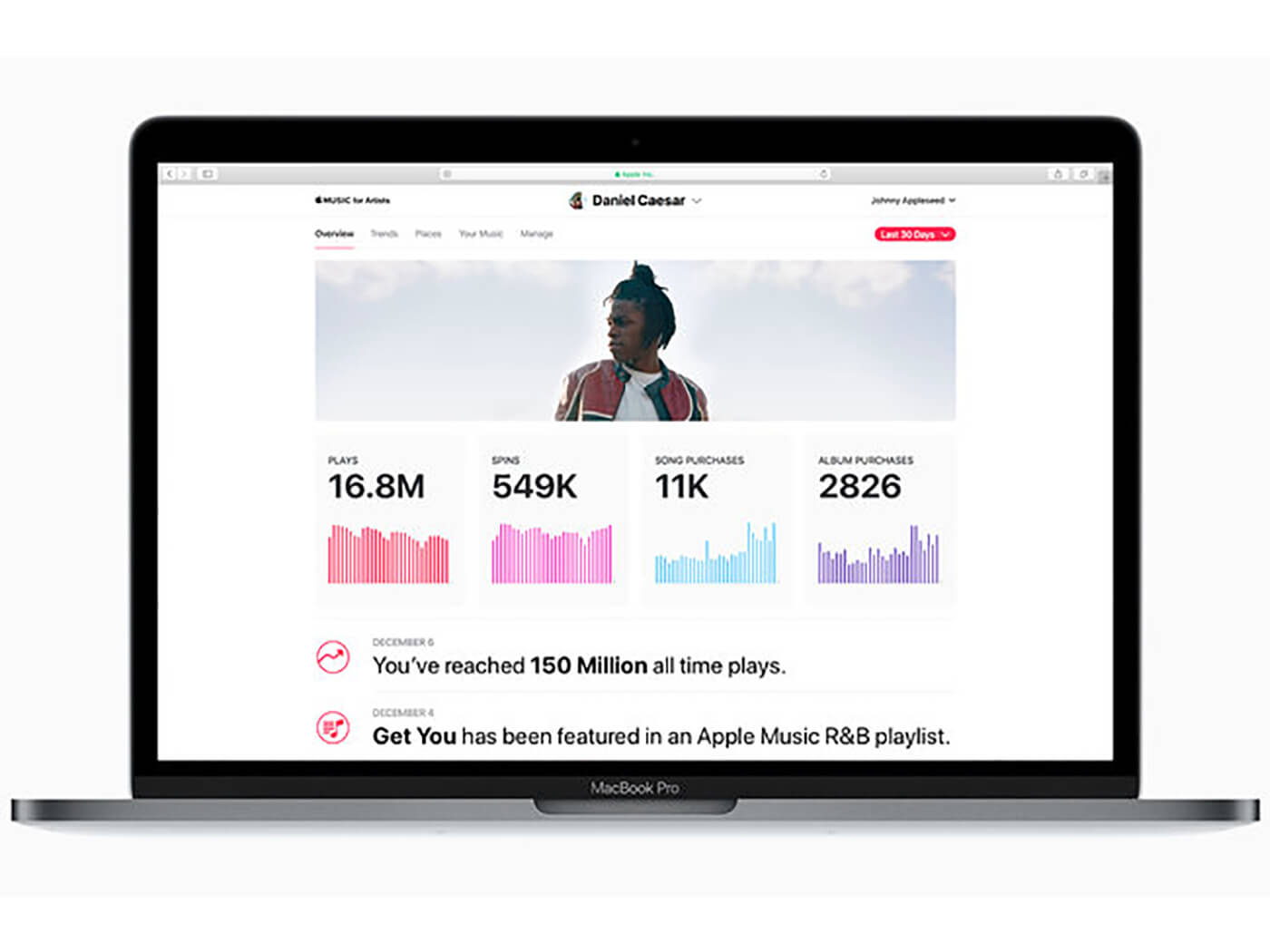 The announcement of Lossless audio streaming for Apple Music was a long time coming – but what surprised most was that it would be coming at no additional charge. That means from June 2021, subscribers can continue paying just $9.99 a month to enjoy 75 million tracks at the original recording quality submitted to Apple by artists and labels.

Adding on to that, Dolby Atmos support has come to the service as well, with Apple saying thousands of tracks will be available in Spatial Audio via Dolby Atmos at launch.

If you already own a variety of Apple products, staying the course with Apple Music might be the best way to go. Its integration with iPhone, Apple Watch, Homepod and more lets you transfer audio between devices easily for a seamless listening experience. Plus, it’s also configured to communicate with Siri.

Apple Music also hosts exclusive content such as the Apple Music 1, Apple Music Hits and Apple Music Country radio stations. That could be reason enough for some Android users to jump on board with the Google Play store’s version of the app. 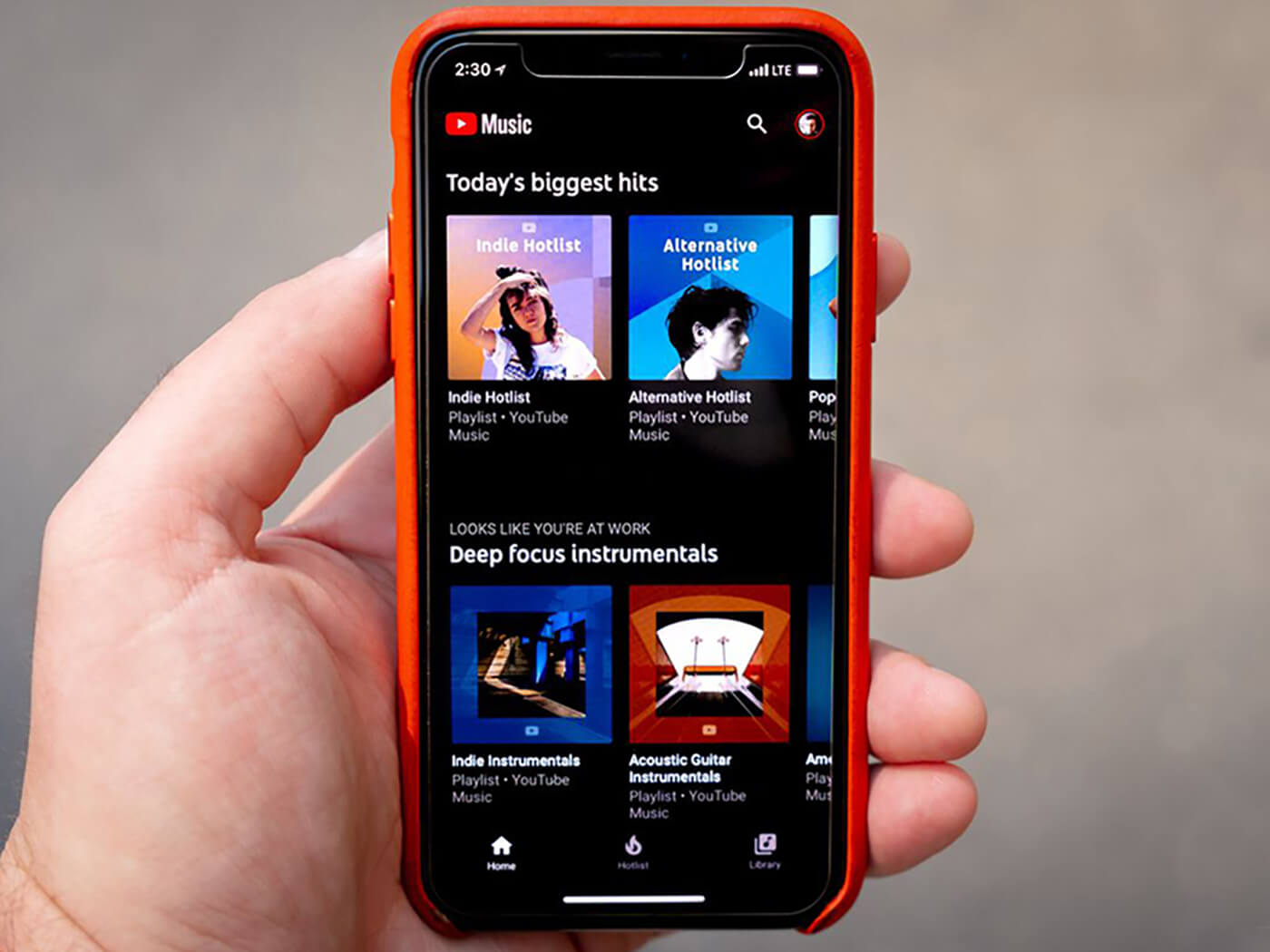 Some of YouTube Music’s handiest features have to do with search. Stuck with an earworm you just can’t put a name to? Search by humming the tune. Maybe, you only caught the last phrase from that chorus – then, search by lyric. Or, simply ask the AI-driven search engine for a song that matches your mood.

Similar to how Apple Music plays nicely with Apple products, YouTube Music integrates well with Google devices. As far as content goes, it’s up there with its competitors, offering a catalogue that’s 60 million songs strong.

There’s also a solid deal for YouTube Premium that includes YouTube Music for $/£12 a month. With Premium, you also gain access to ad-free video streaming and the option of background audio-only playback.

Some are calling it a reaction to Apple Music’s announcement of lossless audio streaming at no additional charge: Amazon Music Unlimited subscribers now have access to Amazon Music HD for the same subscription fee. 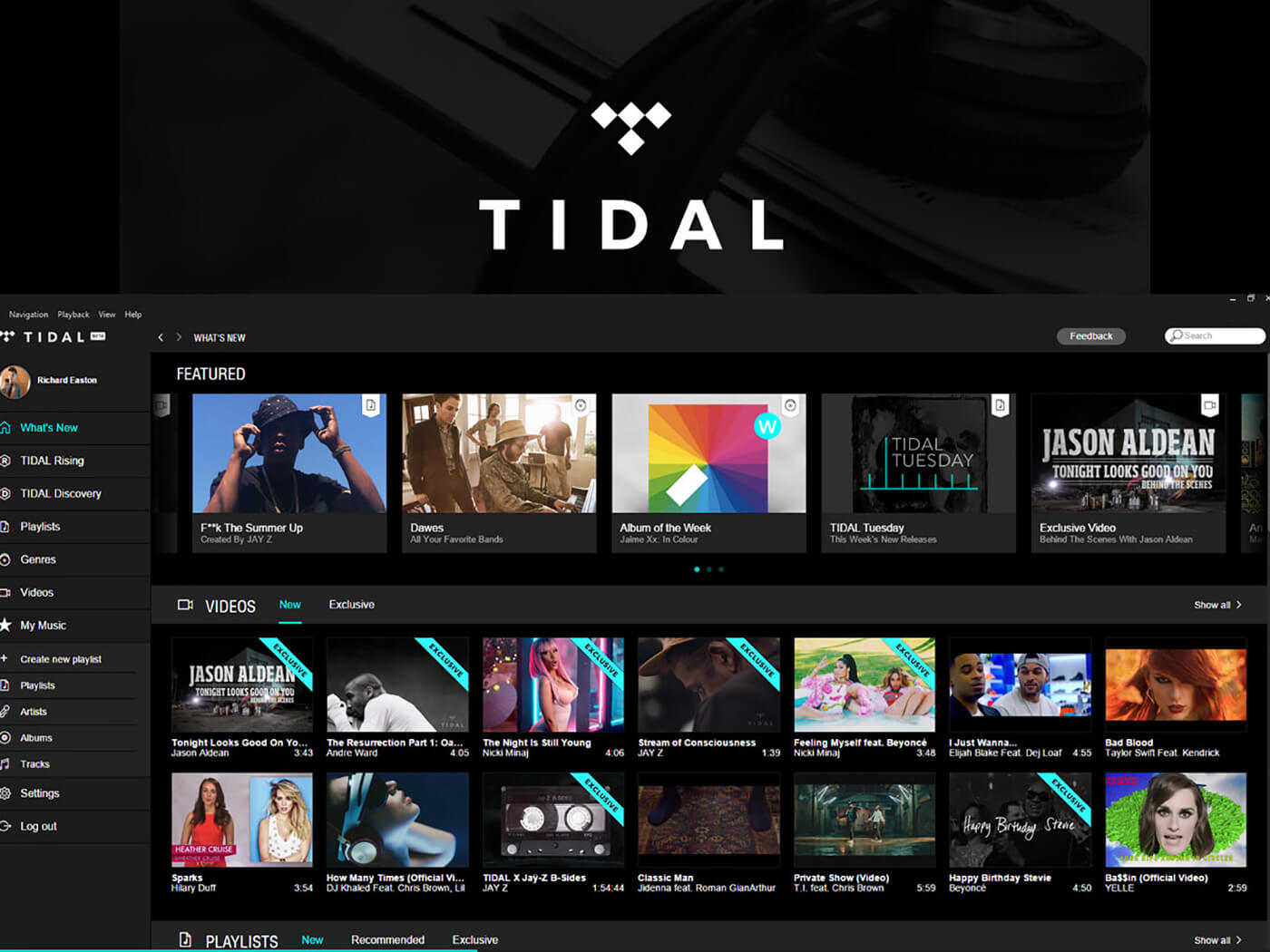 Tidal is best known for its HiFi tier, which offers a variety of higher-quality listening options than most competitors, albeit at a higher price.

Most content is available in lossless, CD-quality audio. What sets Tidal apart right now is Tidal Masters, included with a Tidal HiFi subscription. Masters go a step further to offer music at 24-bit/192kHz quality. Tidal Masters also offers immersive formats such as Sony’s 360 Reality Audio and Dolby Atmos. If you’re interested in the Masters format, you will need a separate DAC and wired headphones/speakers, or AptX HD-enabled wireless headphones to take advantage of it.

A subscription to Tidal HiFi is comparatively expensive, setting you back $20 a month for an account. However, it’s likely the best option for lossless streaming. In the medium term, the competition looks stiff for Tidal: Apple Music will be getting lossless audio streaming later this June for $9.99 a month, while Amazon announced it would be following suit to make Music HD available to no extra charge to Amazon Unlimited Subscribers. Meanwhile, Spotify announced its own Hi-Fi service. 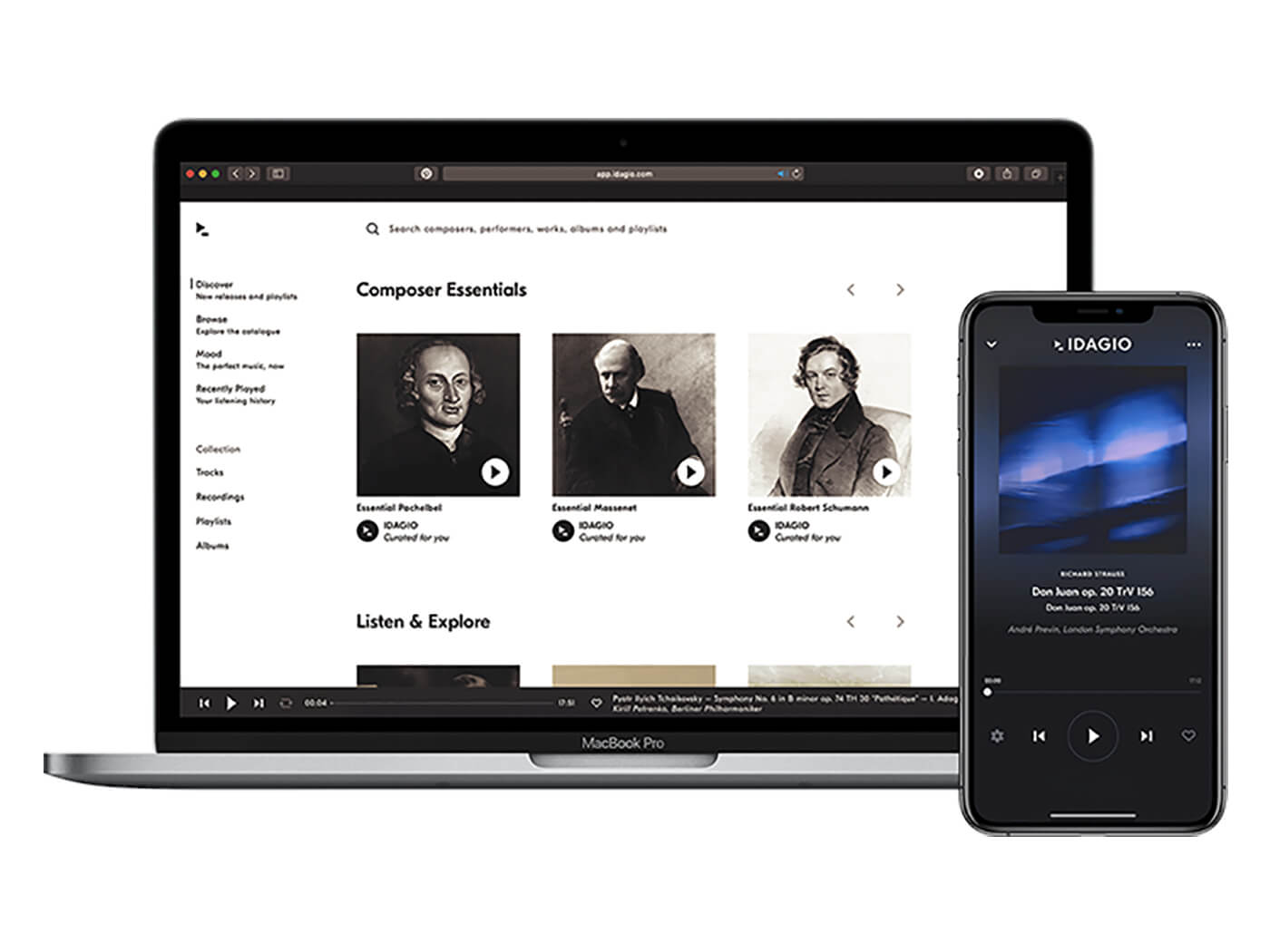 With a sole focus on classical music, Idagio’s features offer fans a way to dig deeper into the canon of recorded classical music. You’re able to sort by conductor, ensembles or even specific soloists, and explore 13 different playlists by moods. There are also playlists specially curated by well-known artists.

Idagio also solves a major gripe classical fans have encountered on more mainstream services: the issue of metadata. Classical, like any genre, has its own glossary of descriptors – periods, sub-genres, ensemble sizes and more – which are particularly useful for search. The problem is that on most major services, these terms simply get bunched up under “classical”, making it impossible for knowledgeable fans to search in-depth.

Not only are Idagio’s features centred to the classical genre, but so are the brand’s business practices. The service states that it chooses to pay artists by the second rather than by play counts – which makes sense, considering most classical recordings are much lengthier than your average pop tune. 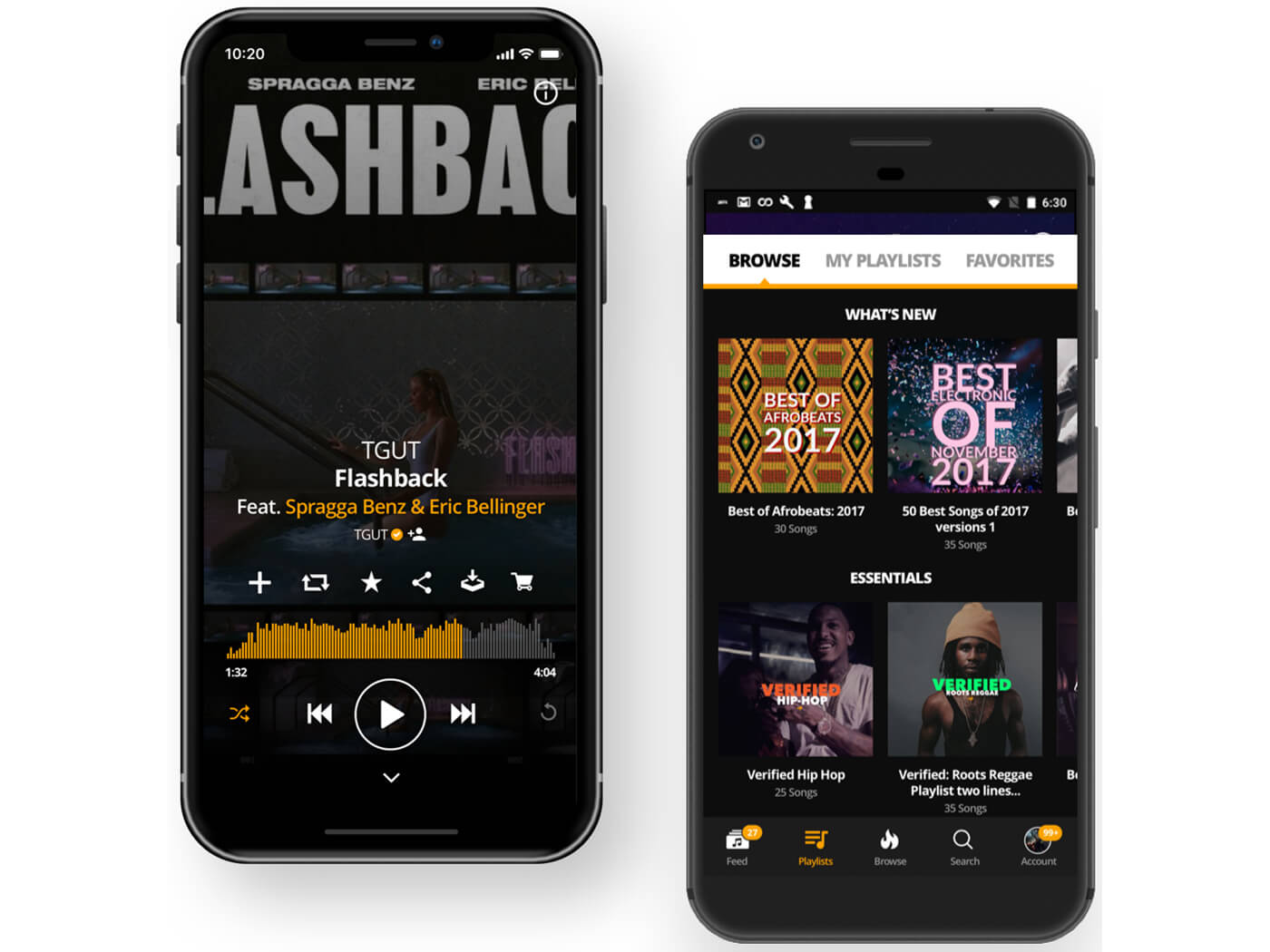 Audiomack is a fast-growing music streaming and discovery service that’s been likened to SoundCloud. The service allows creators to upload an unlimited number of tracks at no charge.

Hip-hop, R&B and Afropop are some of the most popular genres among the service’s reported 17 million active monthly users. Audiomack is also especially popular in Africa thanks to licensing deals with Warner Music and the revered Nigerian label Chocolate City. This makes the platform a great way to discover emerging artists from the African music scene.

In March 2021, Audiomack also inked a deal with DistroKid, the online self-distribution service which helps artists cross-upload their work onto many streaming platforms at a time. Audiomack’s premium subscription offers ad-free 320kbps streaming, stepping up the bit-rate of the free version’s 160kbps 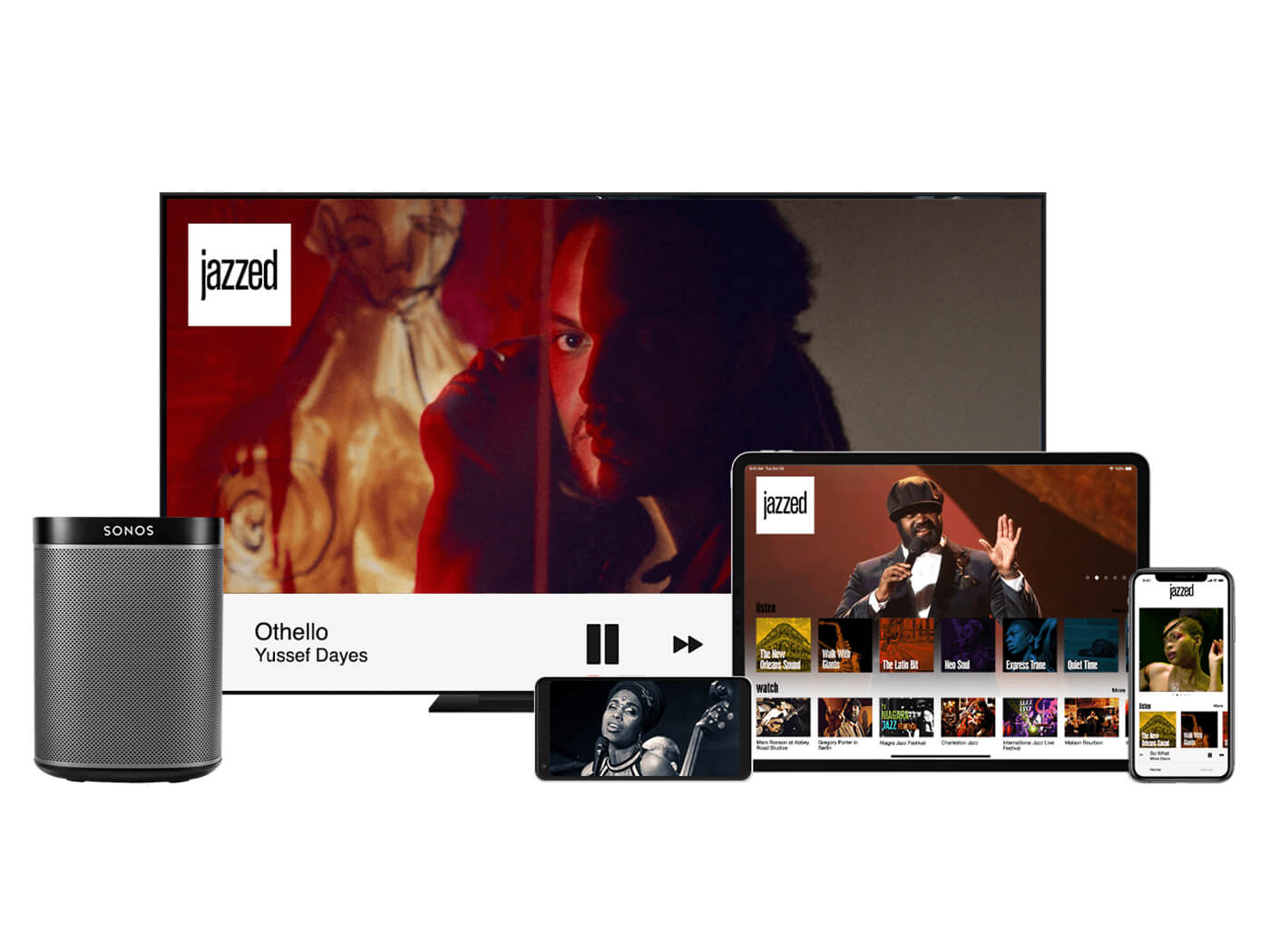 Jazzed is dedicated to serving the patrons of its namesake genre, being just as excellent for beginners and connoisseurs alike to get lost in musical discovery.

The platform’s “carefully curated catalogue” of over 10 million songs has been assembled by lovers of the craft. It also doesn’t stop at just audio, either. You’ll also find documentaries and concerts to watch, editorial features to read and more.

Audio Channels – playlists curated to specific styles – range from bebop to avant-garde, spiritual and more. Some are also focused on new artists working the scene today.

For now, Jazzed is only available in the UK. Premium, which will offer lossless streaming and let you create your own playlists, is still marked as “coming soon”. But in the meantime, Jazzed+ is being offered at just £6 monthly. 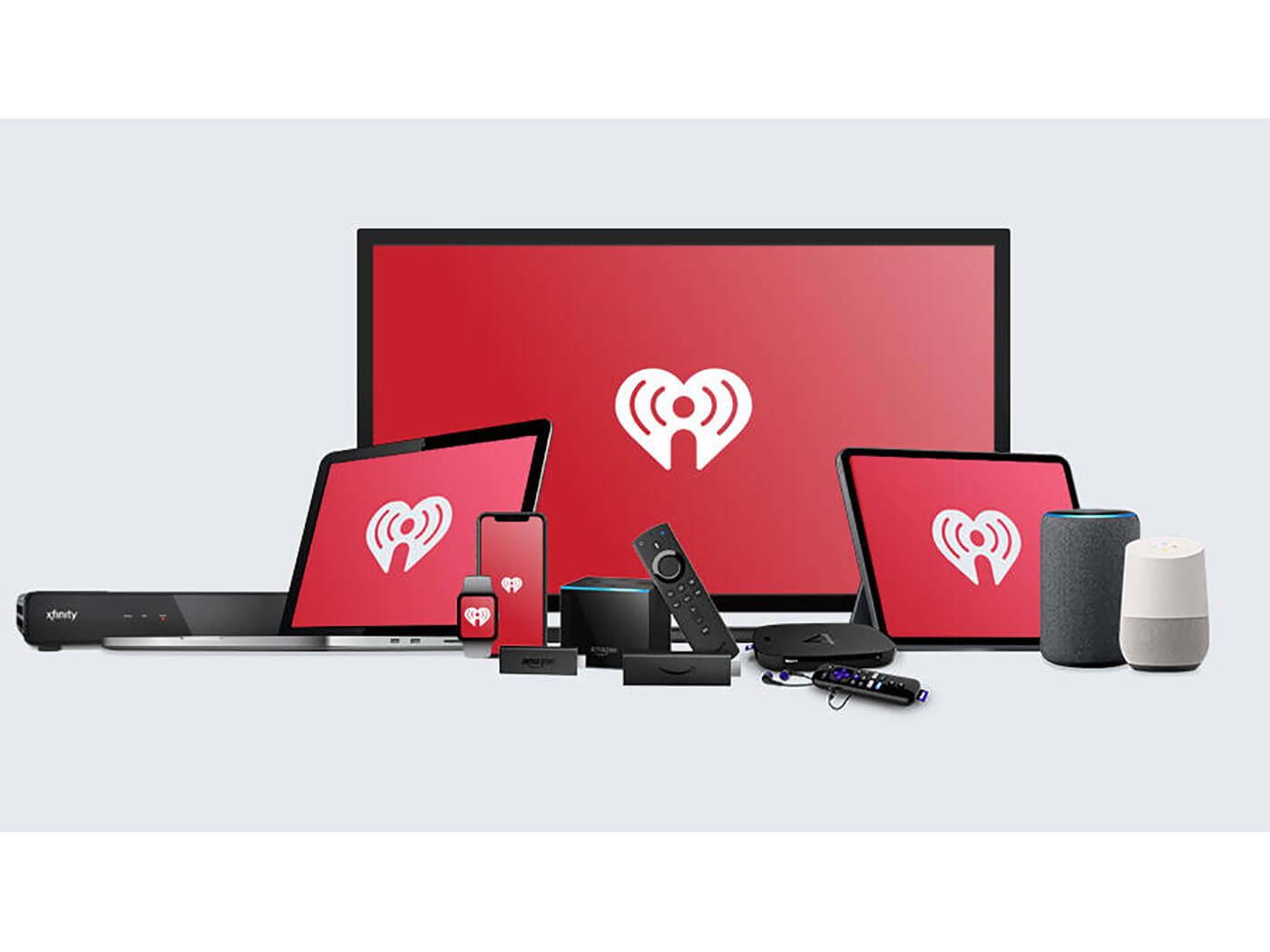 For some, the immediacy of switching on the radio and tuning in just can’t be beaten. The iHeartRadio app is an ode to radio that delivers over 1,000 stations and a catalogue of 15 million songs to your listening device of choice.

The app encourages new music discovery by landing you on similar stations and playlists when you search by an artist or song. Unlike traditional radio, you’ll always know what’s playing thanks to a mini-player that displays track information.

The iHeartRadio app is available only in the US and is offered in three tiers, the first being a freemium, ad-driven one. Meanwhile, Plus ($5) lets you access songs on demand, skip tracks, create your own playlist and instantly replay songs from live and artist radio. Finally, All Access offers all previous benefits, along with unlimited playlists and offline playback. 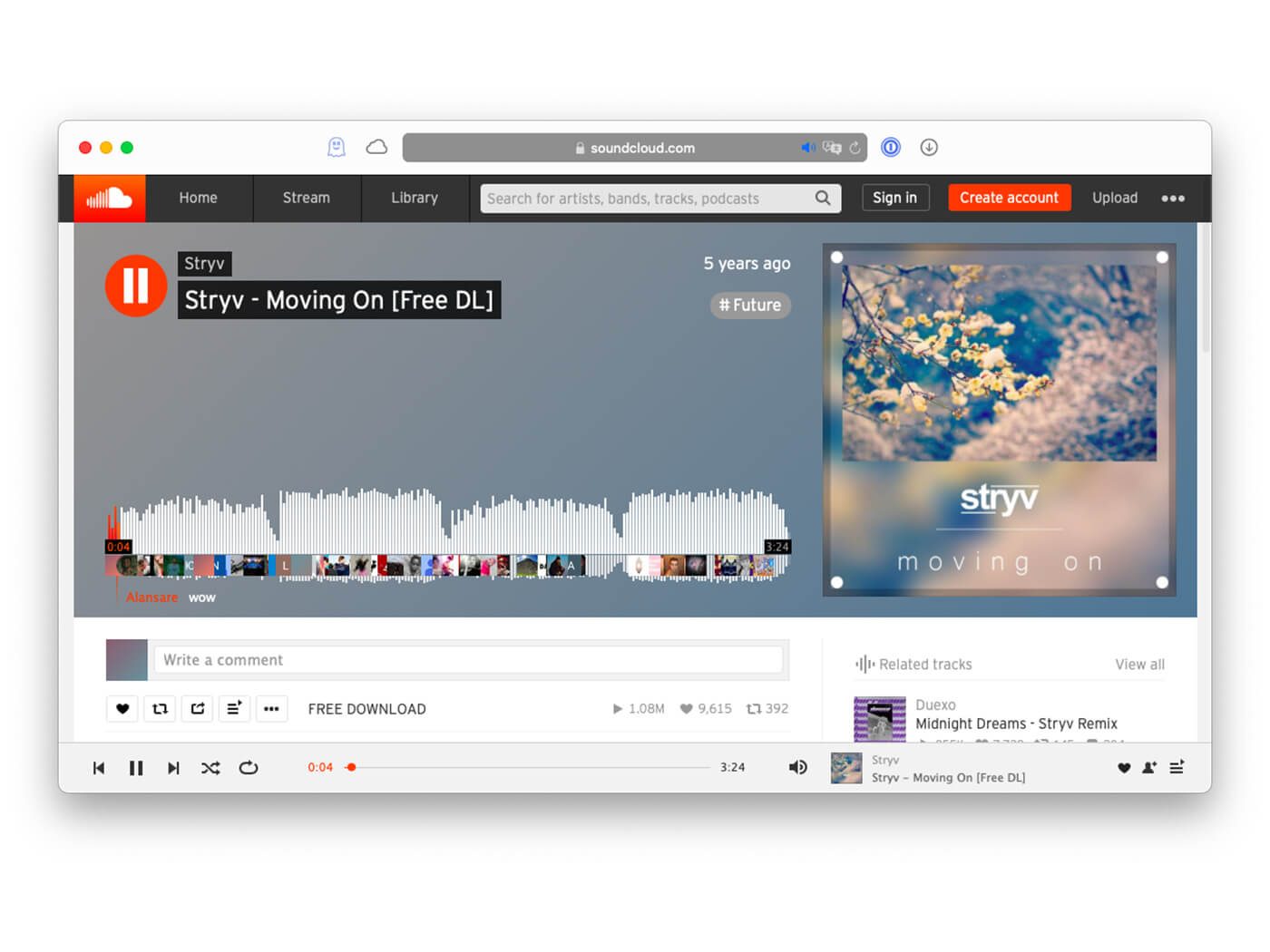 It’s been almost 14 years since SoundCloud first launched, and the music-sharing site shows no signs of slowing. With a strong focus on its independent creator community, the platform makes it easy for artists to upload new tracks and for listeners to tune in.

Beginning 1 April 2021, SoundCloud will roll out its fan-powered payment model, becoming the first household name in streaming ever to do so. Some have viewed this as a more ethical way of handling royalties, as it ensures subscription money goes to the creators that fans are listening to.

There are also premium tiers for creators. Repost lets you quickly distribute tracks to all major music services. In contrast, SoundCloud Pro Unlimited ($12/month) enables you to upload an unlimited number of tracks and take advantage of the upcoming fan-direct payment model. 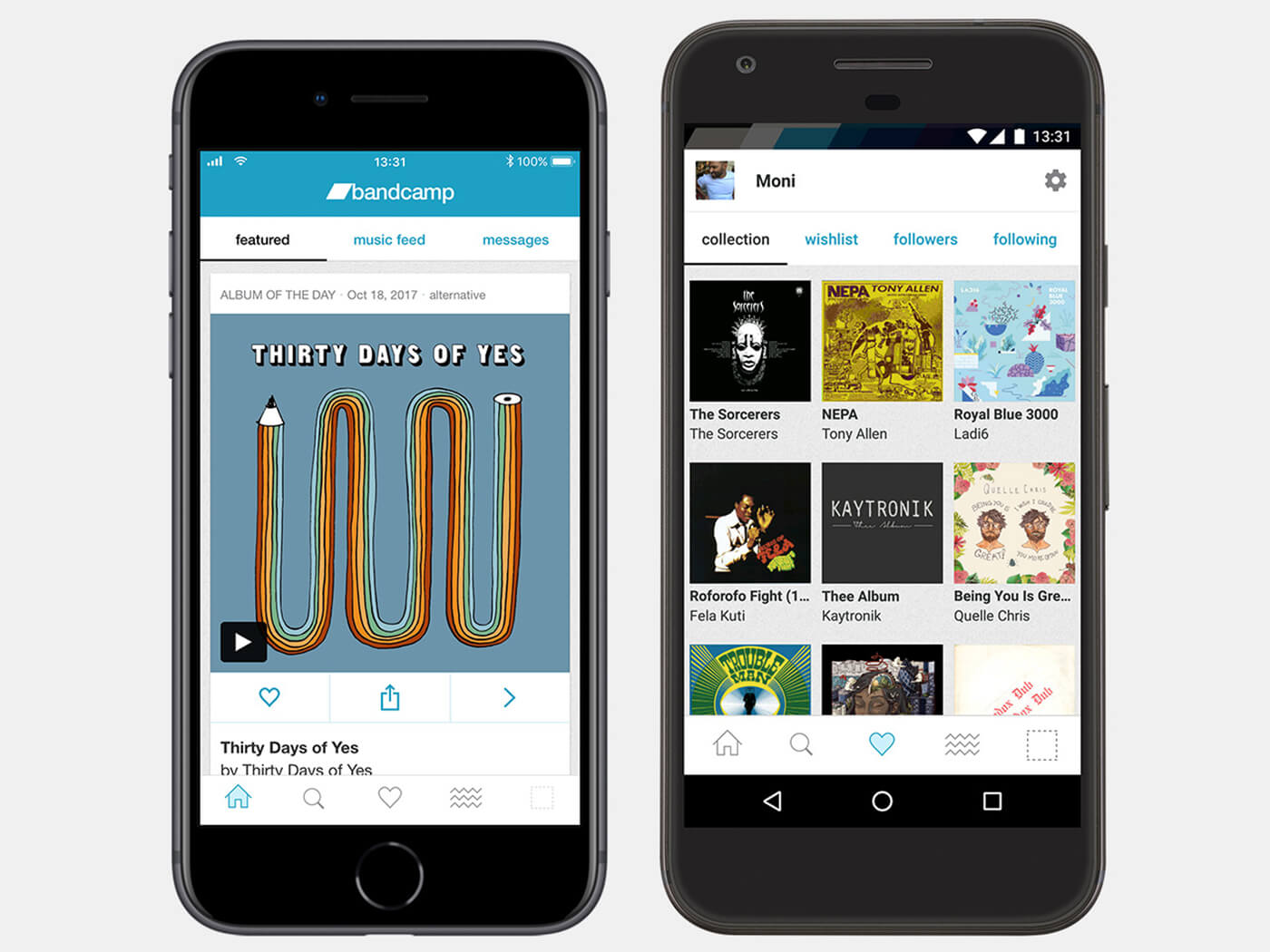 While not a streaming service per se, Bandcamp has built itself a supportive community and a respectable catalogue that deserves mention. For indie artists, there’s the draw of setting up a storefront for just your music and merch, not to mention setting your own prices.

From a listener’s perspective, the Bandcamp experience is akin to being in a vast indie record store with an endless sea of new music waiting to be discovered. You get to amass a virtual record collection knowing that what you spend benefits the artists you enjoy. Plus, there are also regular editorial features on new, exciting and esoteric records from around the globe.

Bandcamp’s Pro membership is geared towards more prominent creators – allowing you to access deeper stats on your listeners, create private streams, upload videos and other content in batches and more. With a free membership, however, you’re still going to be able to upload an unlimited number of tracks. 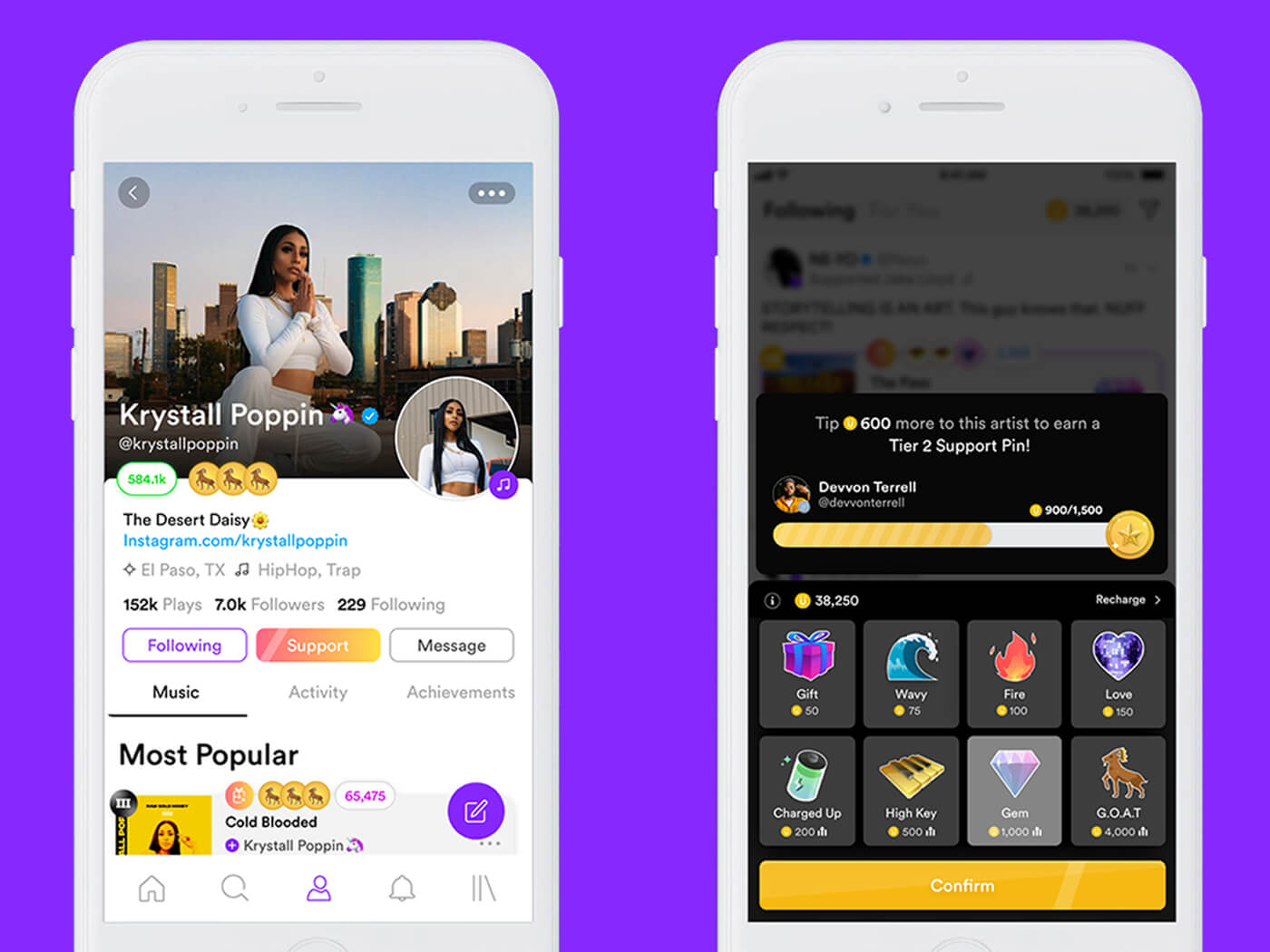 LÜM is part streaming service and part social platform, aiming to open dialogues between creator and audience. Follow your favourite artists, comment on their latest tracks and maybe even start talking about collaborating – that’s the type of interaction LÜM aims to achieve.

The service lets you upload an unlimited number of tracks and employs a rather unusual monetisation system: gifting. This means artists are reliant on tips from fans to generate cash, which in theory should encourage the creation of better content.

For creatives, it’s worth knowing about LÜM’s online marketplace, The Exchange, which operates as a job board for artists, producers and engineers to offer paid services.

While it’s still early days for the platform – which launched in 2018 and rolled out monetisation in 2020 – the brand appears to have big plans on the horizon. In August 2020, the Madison-based startup announced Grammy-winning hip-hop artist Ne-Yo as its global ambassador.