Best freeware of the month: February 2021

Sometimes you don’t need to spend the earth to get great software. We’ve scoured the internet for our pick of the month’s best freeware synths, instruments, processors and effects. 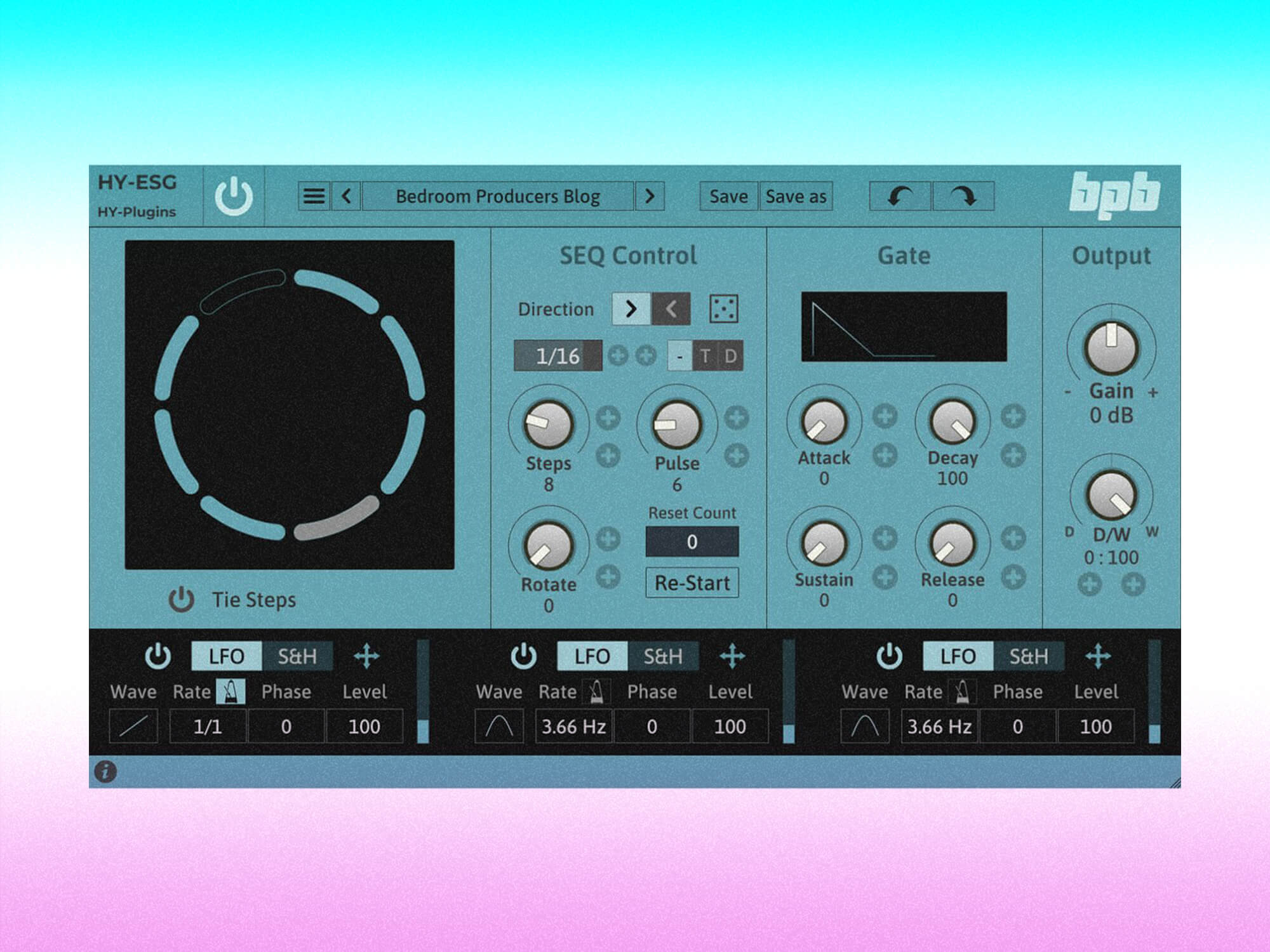 In this monthly round-up, we bring you the best freeware we’ve seen from across the web to use on your tunes. This time, we have a pitch-tracking harmonic generator, a smart gate, a DX7 piano emulator and more.

Bedroom Producers Blog has teamed up with HY-Plugins to release this clever gate plug-in that uses a Euclidean sequencer to generate randomised patterns. Shown in the header, the sequencer controls an ADSR envelope, allowing you to add rhythmic grooves to static audio tracks. There are also three modulation generators with a choice of LFO or S&H operation, affecting multiple parameters, including the sequencer itself for extra movement and evolving rhythms. Added to this is undo/redo functionality, a mix dial, preset manager and freely resizable interface. 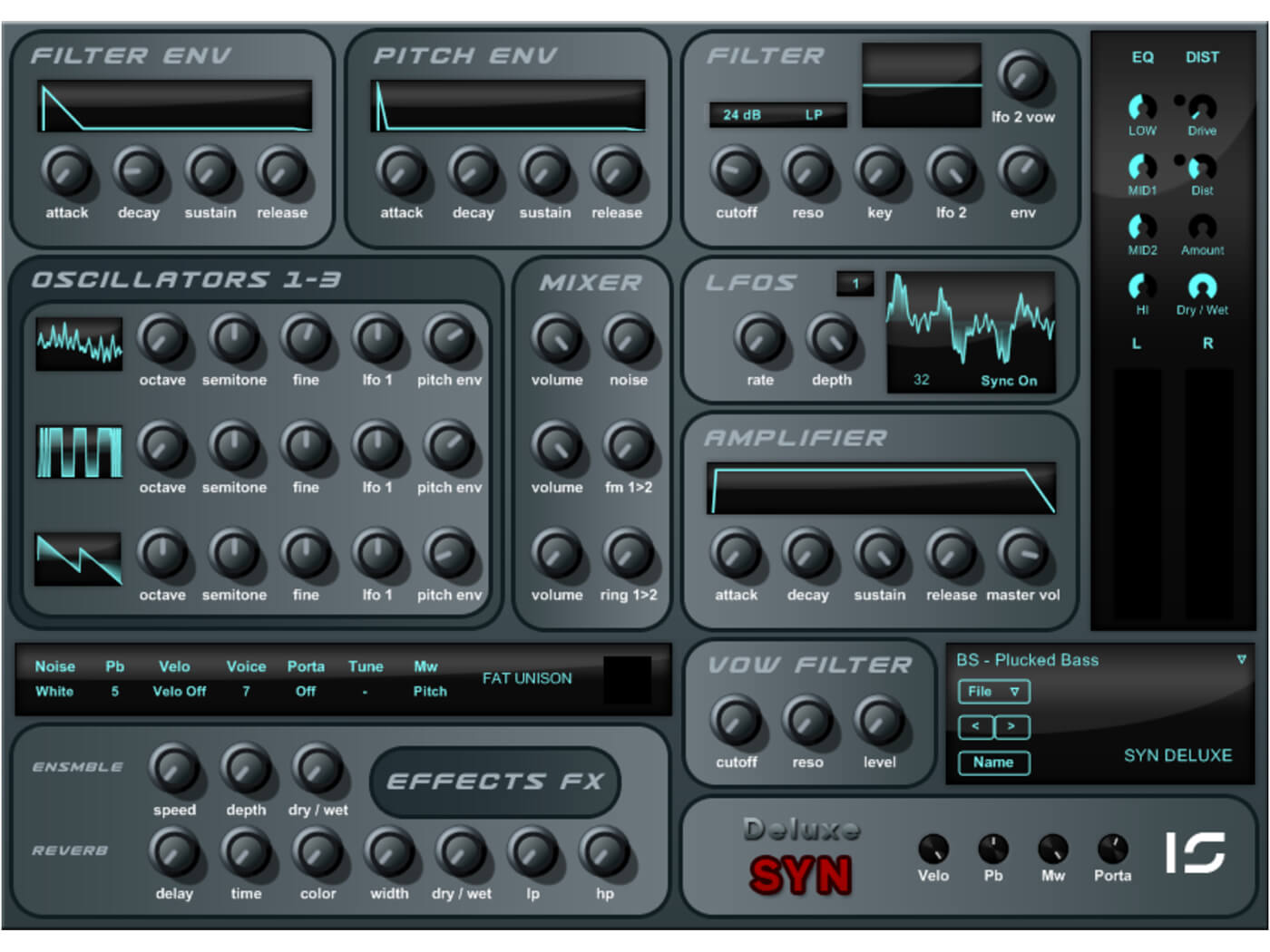 It’s probably safe to say that most of us don’t need a new synth, but that doesn’t mean that playing around with a new instrument won’t lead to some exciting ideas. Syn Deluxe is a surprisingly fully-featured freeware synth that includes three oscillators with 99 waveforms, noise oscillator, two LFOs, filter, pitch and amp envelopes, ring mod, FM mod, multimode filter, vowel filter, built-in FX section and more. It excels at big room synth lead sounds, and there are a bunch of presets included. You can download it here. 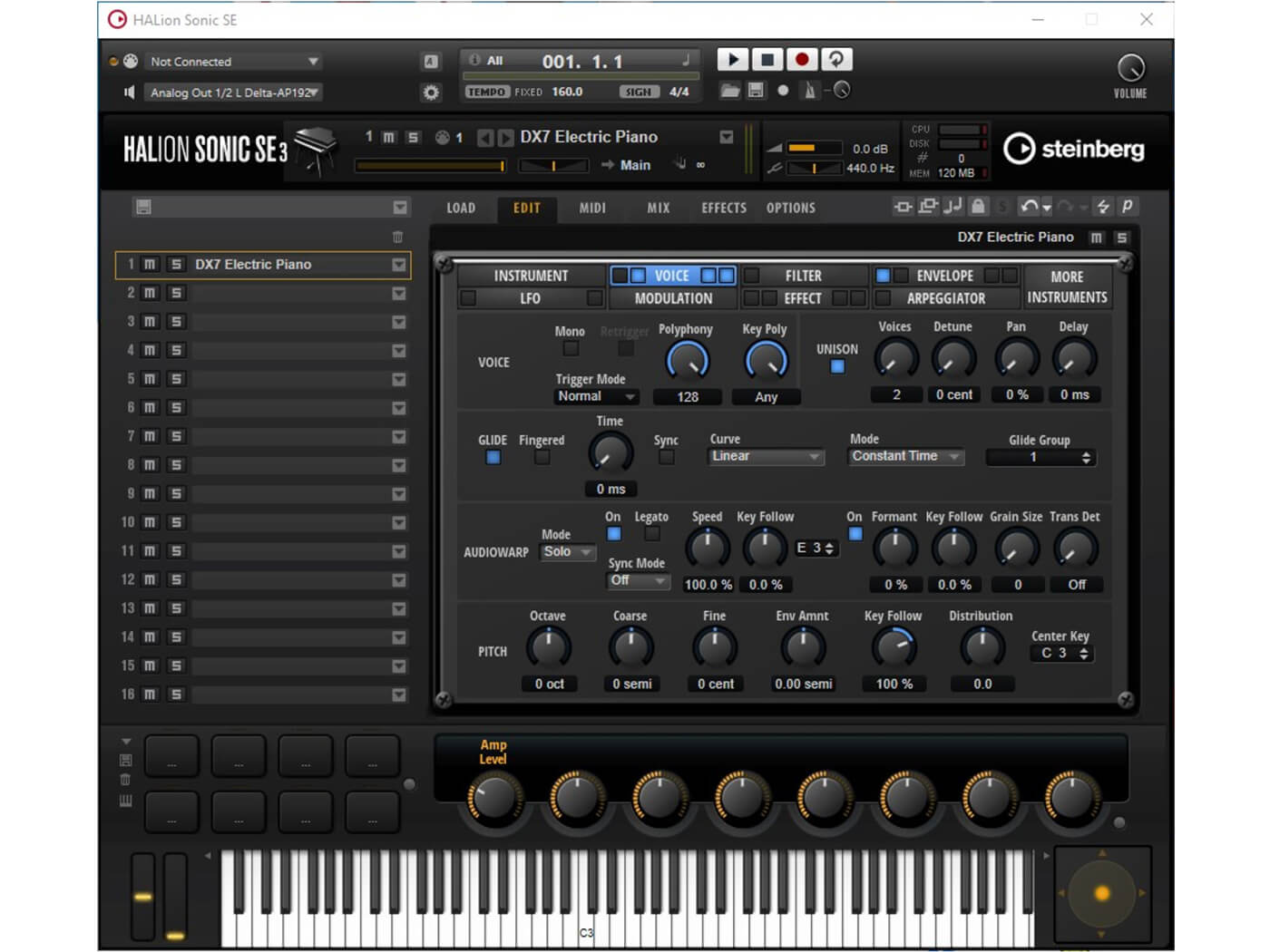 Yamaha’s legendary DX7 needs little introduction. This sampled electric piano from the FM grandaddy gives you that instant 80s vi. It features voice management, a filter section, envelopes and LFOs, a mod matrix, an arpeggiator, and a built-in effects section. It runs in Steinberg’s free HALion Sonic SE plug-in (available from Steinberg.net). You’ll have to jump through a few hoops with the eLicenser to get it up and running, but once you do, you’ll be able to load a bunch of free instruments, including this DX7 Electric Piano and a whole range of other sounds from freemusicproduction.net. 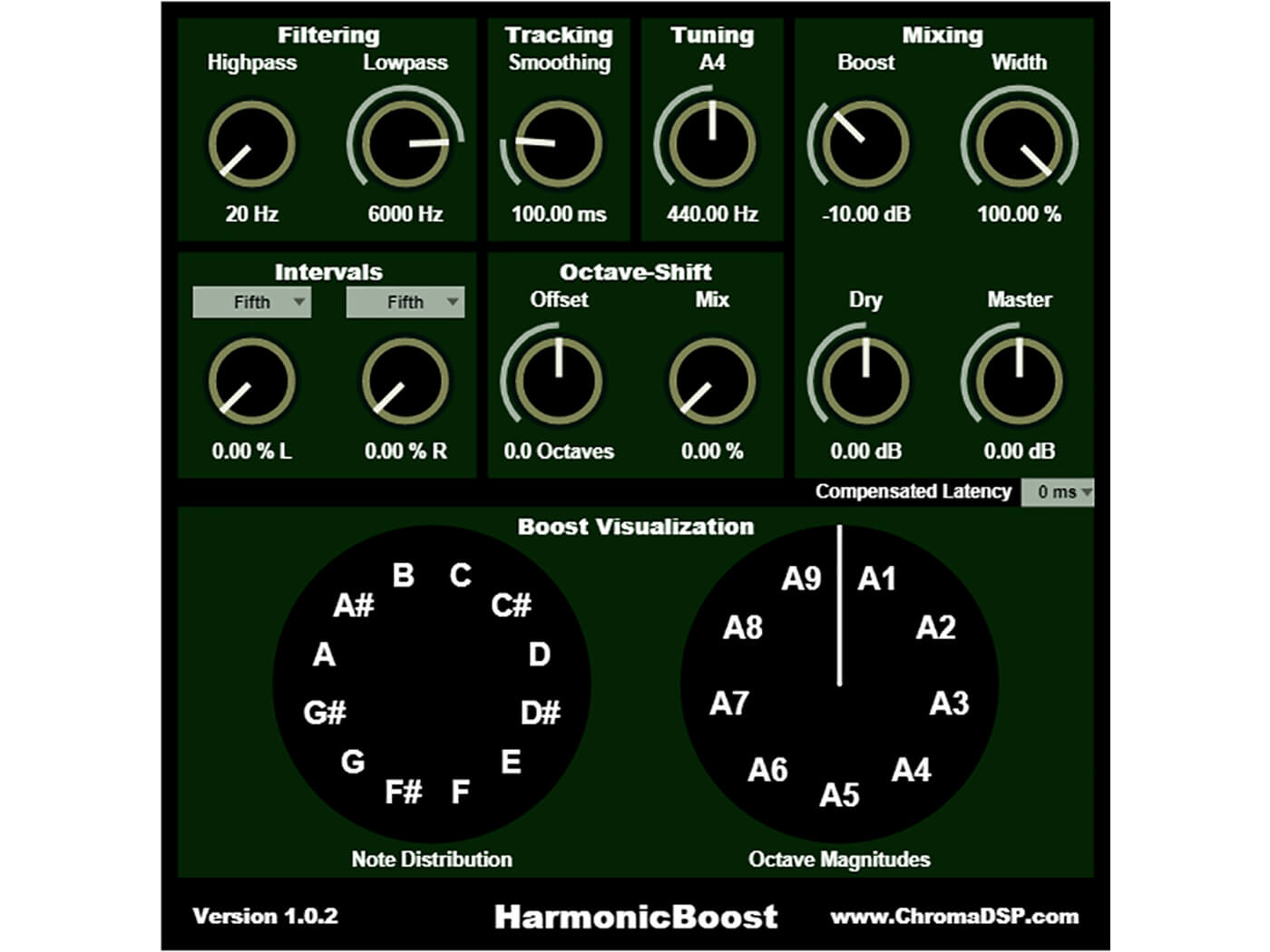 If you’re after unique new ways to control the timbre of your sounds, then HarmonicBoost is worth checking out. Rather than create harmonics through saturation, it polyphonically tracks the pitch, then generates sine waves that follow the original material. There’s a low-pass and high-pass filter to hone in on a specific region, a smoothing dial to fine-tune the tracking, and overall tuning for creating anything from subtle variation or dissonant madness. As a nice touch, you can set the left and right to different intervals, which adds extra width, and you can also offset by plus or minus four octaves. 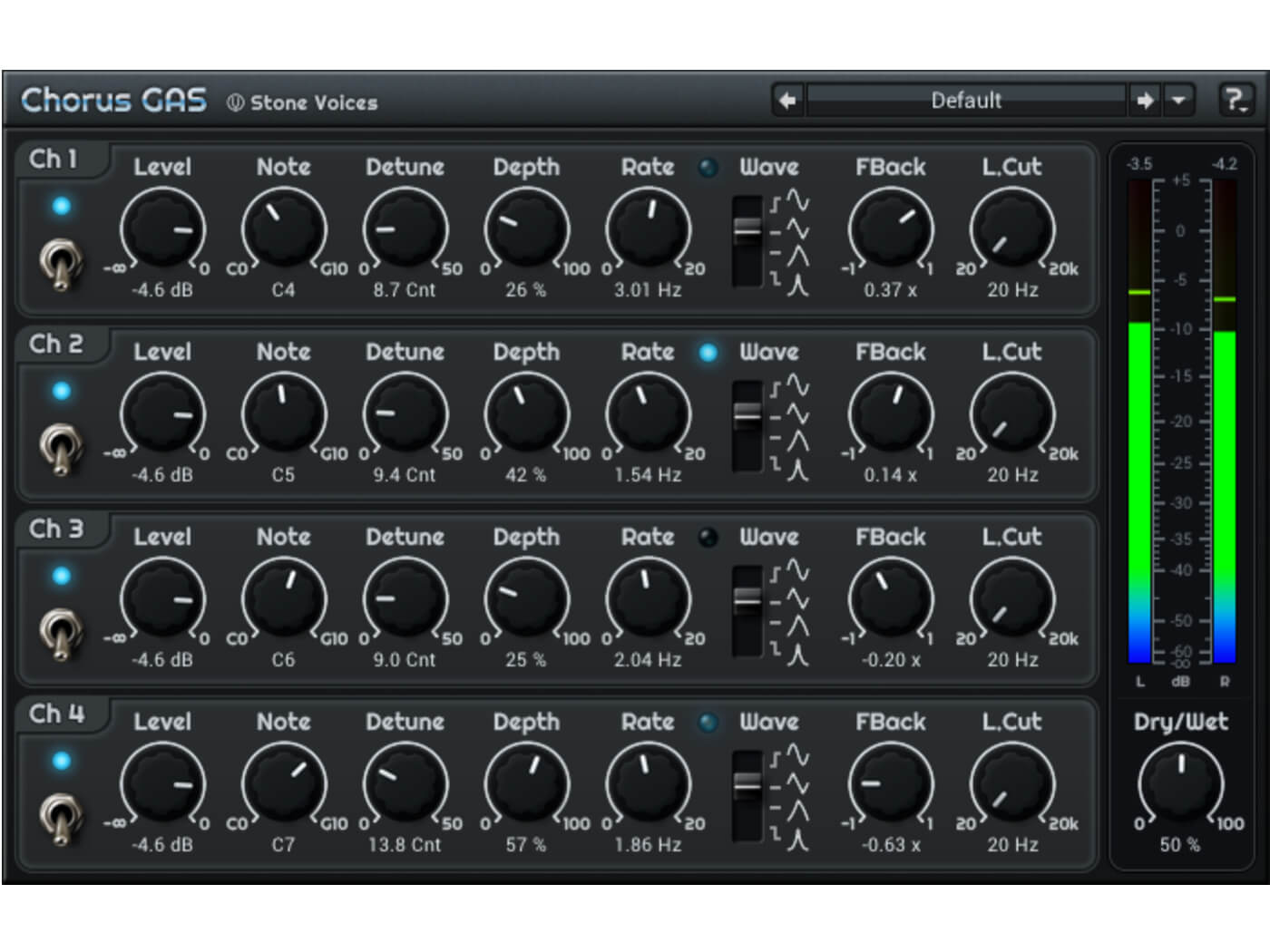 Why use one modulation effect when you can have four at once? Chorus GAS is an intriguing free plug-in with four independent modules of delay lines, each of which can be tuned to a specific pitch. There are also depth, rate, feedback and low cut dials, plus four waveshapes to choose from. As you have multiple lines to play with, you can get interesting results by combining chorus, flanger, phaser and vibratos effects all at the same time, or by tuning to specific intervals and chords.