Physical storage devices are a necessity in these modern music-making times – and these drives will help take you from “final_mix_1” through to “final_mix_26”. 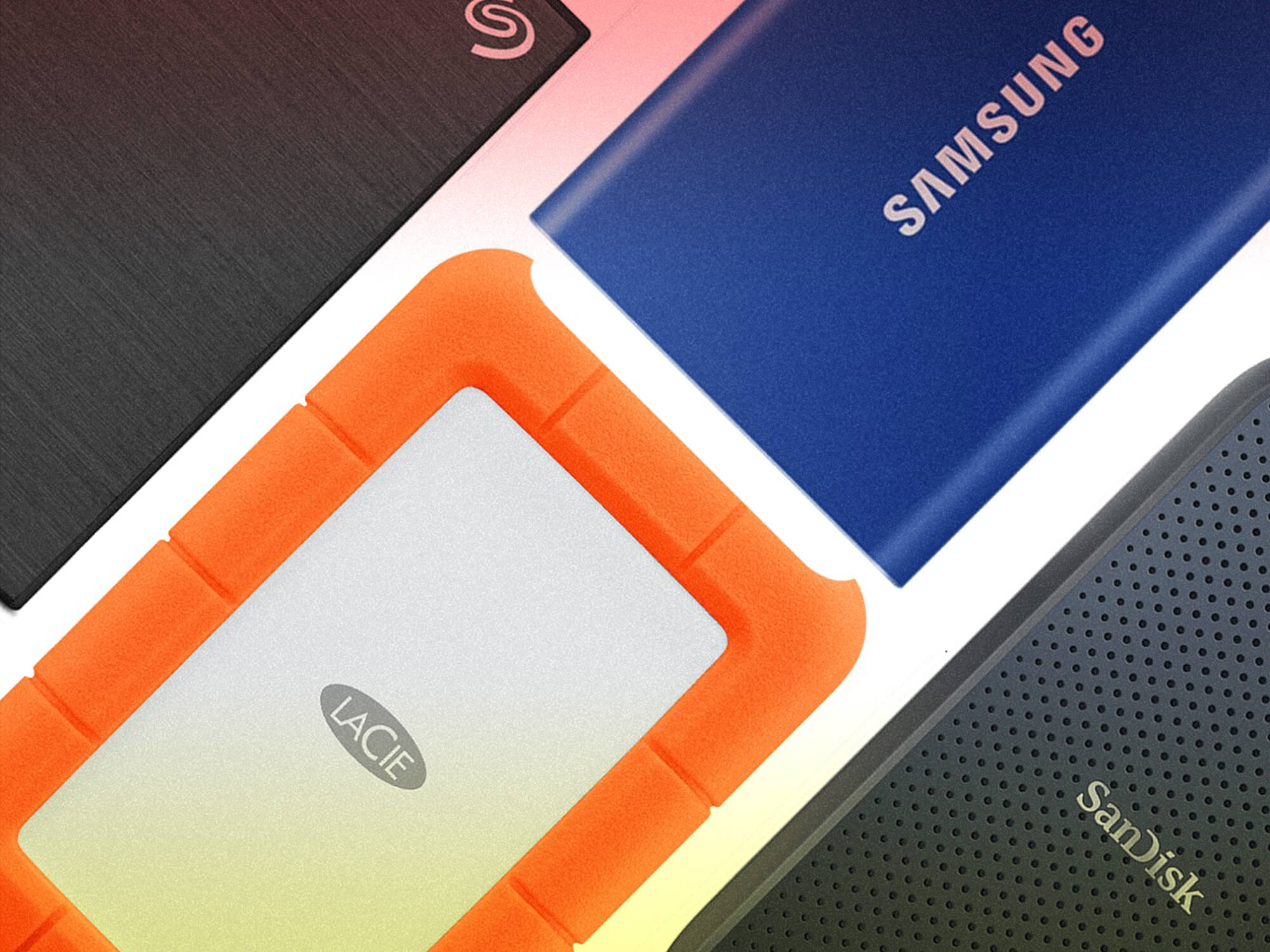 While they’re not the most exciting things to shop for, physical storage is an essential part of modern music-making. Losing session files is a nightmare no producer wants to face – you should really be making a habit out of backing up your work regularly.

You should own several devices to do the job: an external hard drive for storing samples and session files, a flash drive for making quick transfers, and a desktop hub for long-term storage. There’s cloud storage, too, but that deserves a standalone guide. In this list, we’ll only discuss physical storage.

SSDs vs hard disk drives: what to look for in the best hard drive for music production?

As a general rule of thumb, your external hard drive should offer between 500GB to 1TB of storage. That should be enough to store project files, multi-track sessions, sample libraries, raw video files from clients and more.

Keep one or two of these around at all times for cross-platform file transfers. They’re convenient for moving files between Windows and Mac systems, and they let you drag-and-drop files from computer to computer. A 64GB or 128GB one will be sufficient for this.

If you’re planning to DJ at parties and events, a USB drive is vital. Whether you’ll be spinning on CDJs, DJ controllers or digital vinyl, you’ll need a tool for loading up your music library. Make sure you have a handful of flash drives. There have been far too many cases where DJs turn up with an inexplicably corrupt drive and are forced to say goodbye to their set.

This will serve as the vault that will store your precious data for years to come. Play out this scenario in your head: you run a session for an up-and-comer and after several years, they’ve made the big leagues. Their label gives you a call to “pull out that B-side that was cut years ago”. No sweat. Because you’re such an organised producer, it only takes mere seconds for you to pull out that session from your vault.

RAID arrays – an acronym for Redundant Array of Inexpensive Disks – are a little different from the other devices on this list. In very simple terms, they let you collate multiple drives into a single one. And you can customise how you need them to work. For example, you can mirror drives to have them serve as identical backups for one another or you can combine their storage spaces. You can even partition them in a way to do a combination of both.

One of the most immediate benefits of cloud storage is immediacy. As a modern music-maker, you should know how important the ‘elevator pitch’ is. Riding in a car with an artist you want to work with? There’s an opportunity to pull out that track you’ve been working on. Stepped outside a party for a smoke and happened to strike up a conversation with that singer from the house band? There’s another opportunity.

The other benefit is safety: hard drives can be damaged, lost and stolen. But Amazon, Google, Dropbox, Apple and all the other Big Tech firms that offer cloud storage are unlikely to go bust or lose your data. We won’t be discussing cloud storage in detail here, but look into a subscription such as Splice, which on top of unlimited storage, offers loops, samples and more.

For now, here are our picks for the best physical storage devices you can buy as a producer. 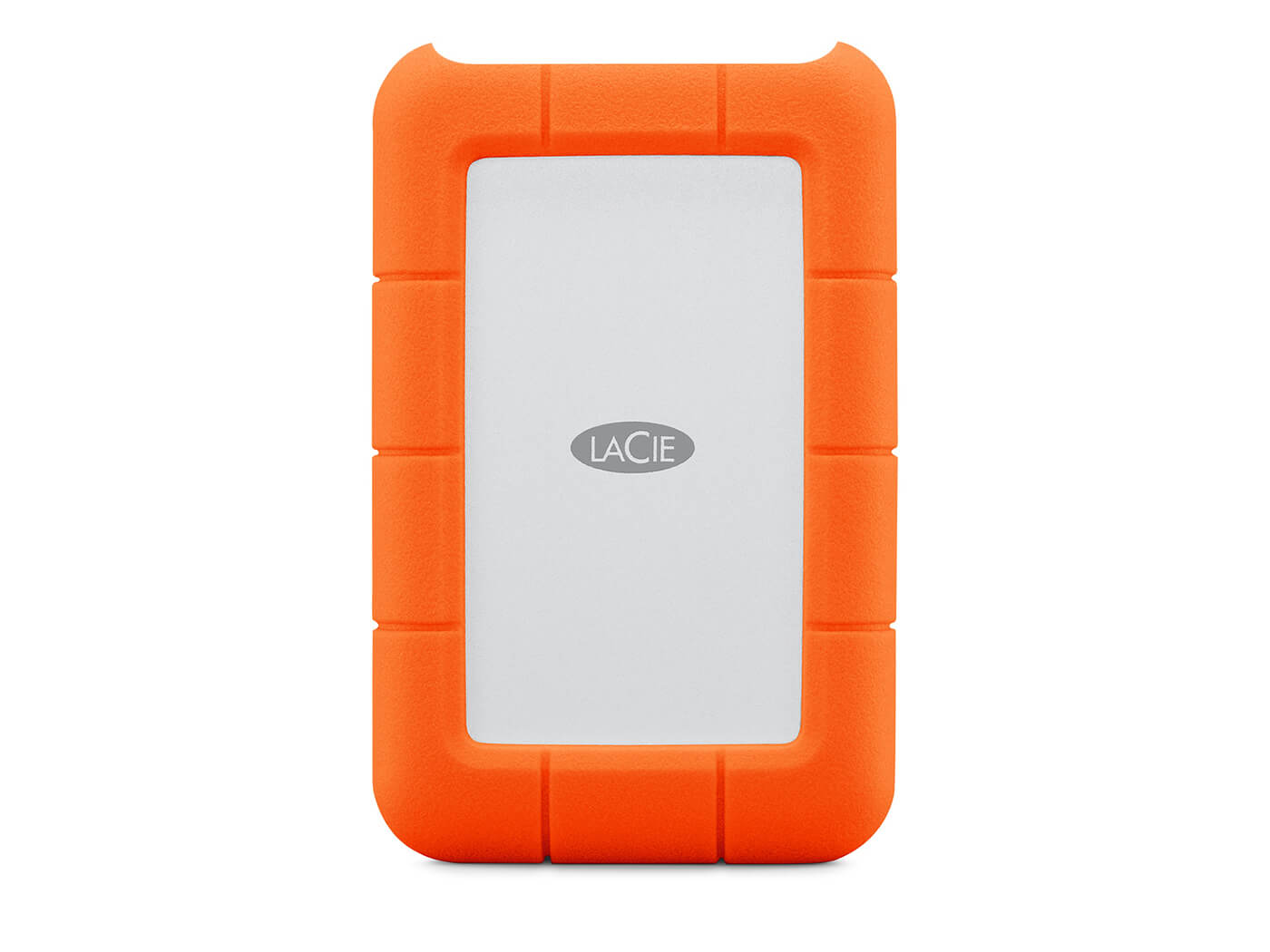 The thick rubber bumper that wraps around this SSD makes it a popular choice among music producers, field recordists and even photographers trekking through rough terrain. It’s drop-resistant up to 1.2m, lightweight and comes in various capacities to suit your needs.

The LaCie Rugged USB-C comes in 1TB, 2TB, 4TB and 5TB versions, and tops out at 5GB/s on a USB 3.1 connection. Also, fun fact on why they only come in orange: designer Neil Poulton wanted them to reflect the bounciness and hardiness of a basketball. 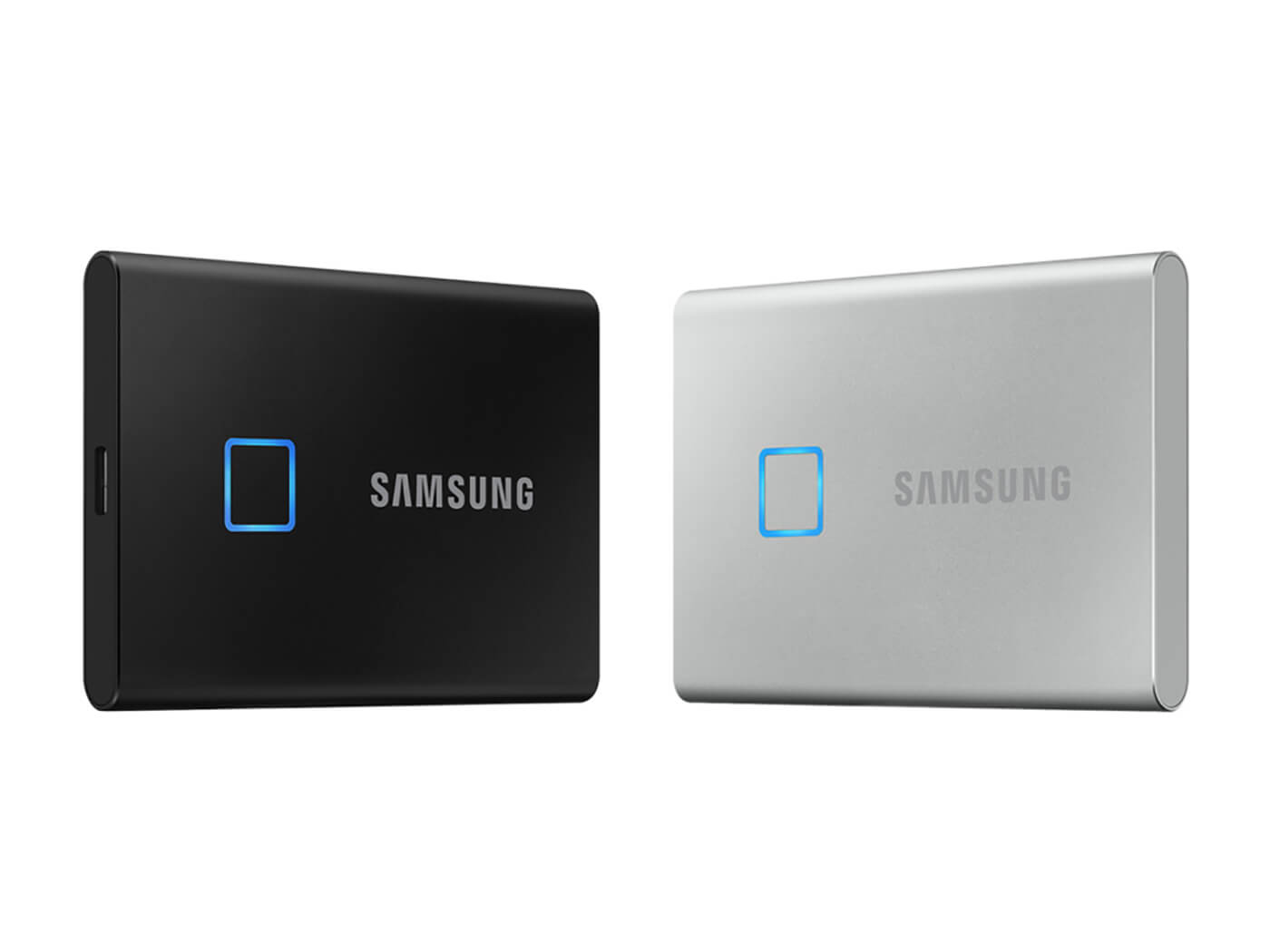 The Samsung T7 hard drive is sleek, slim and discreet. It’s ideal for sliding into your backpack to hold your samples or even as a permanent fixture beside your studio computer. Where transfer and read speeds are concerned, the drive is USB 3.2 capable, which gives it transfer speeds of up to about 1GB/s – ideal for pulling up samples and tracks quickly.

Some other features include a three-year warranty and included software that lets you set up password locking and keep it updated with the latest firmware. 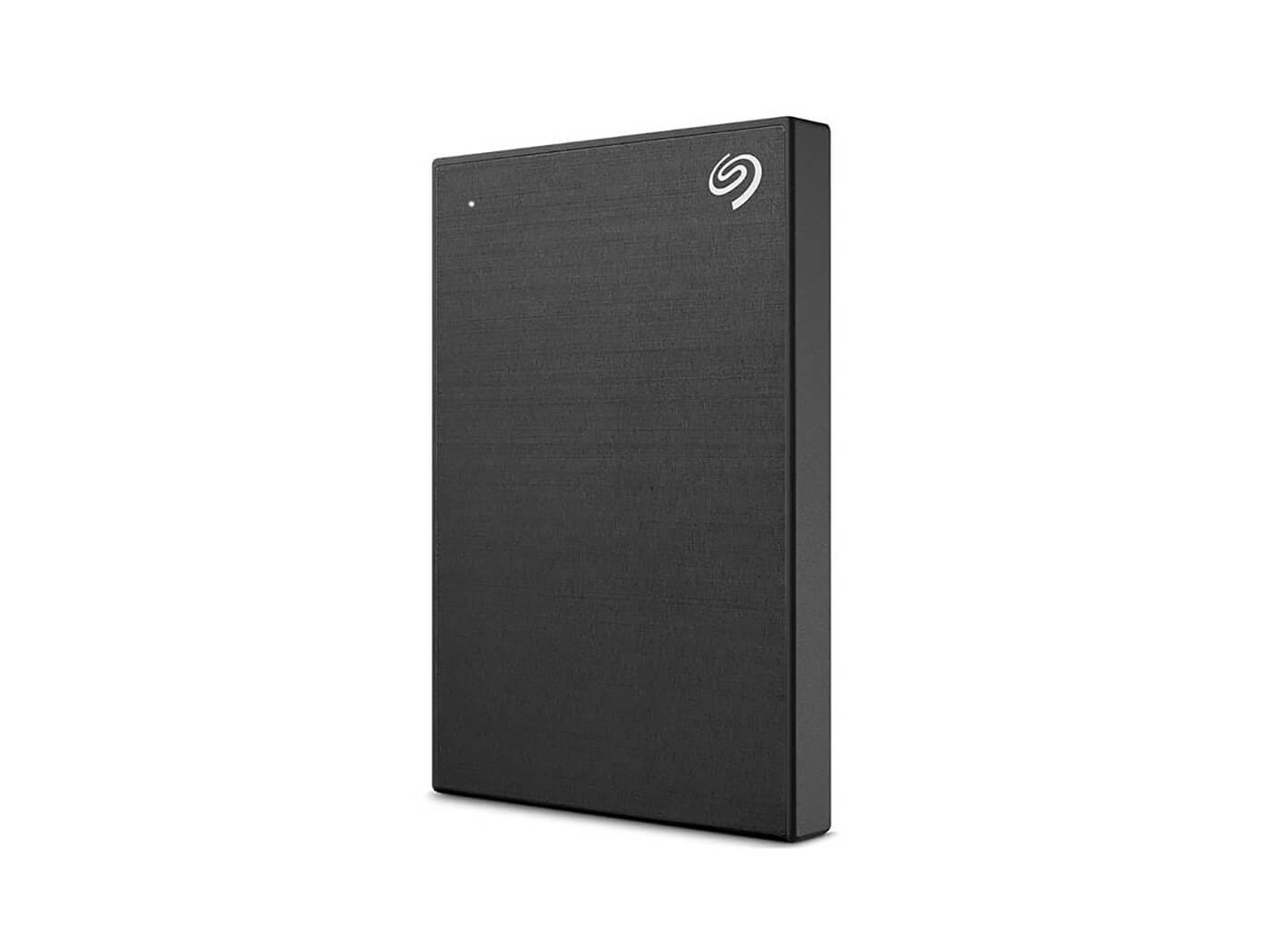 While chunkier than the other external drives on this list, Seagate’s Backup Plus Portable Drive offers large storage capacity at a decent price. Because this is a hard disk drive, we highly suggest keeping it in one place – in the home studio or as a backup hooked up to your computer.

For about $170, you get 4TB of storage, which is plenty for storing session files, samples and video files for media composition projects. You also get USB 3.0 transfer speeds, a USB-C adaptor, and if you’re into photography, a four-month membership to Adobe Creative Cloud’s photography plan. Ideal for designing the cover art for your next release? 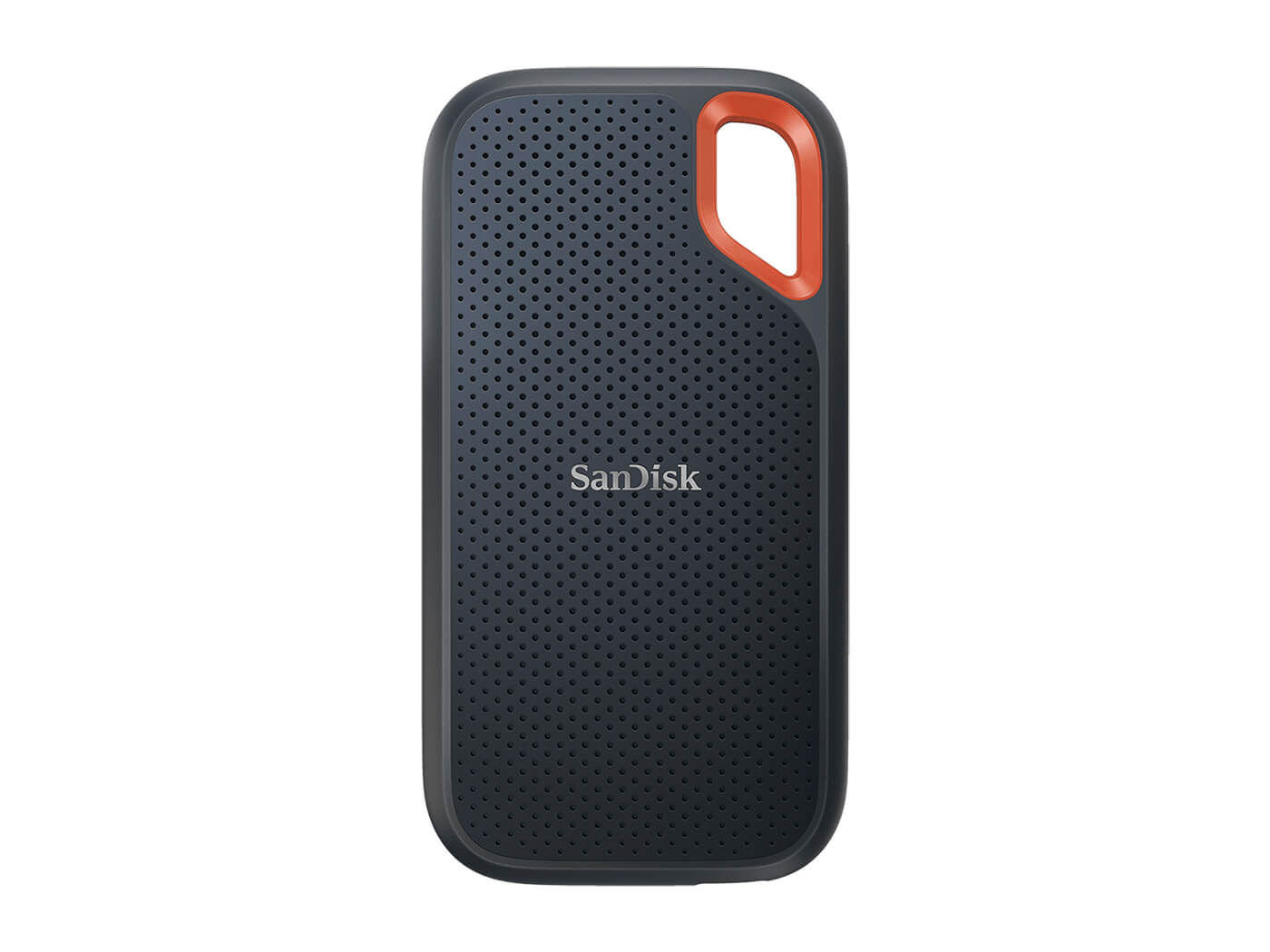 You can probably guess from the name that the SanDisk Extreme Portable SSD V2 is a rugged piece of gear. In fact, it’s rated to withstand a two-metre drop and also boasts IP55 water and dust resistance. This thing can take a beating, and it comes with a five-year warranty on top of that.

Its design includes a durable silicon shell with a carabiner loop to hook onto your backpack. This could be the one for field recordists traversing harsh terrains and engineers working rowdier clubs where the odd pint glass flying around isn’t an uncommon sight. 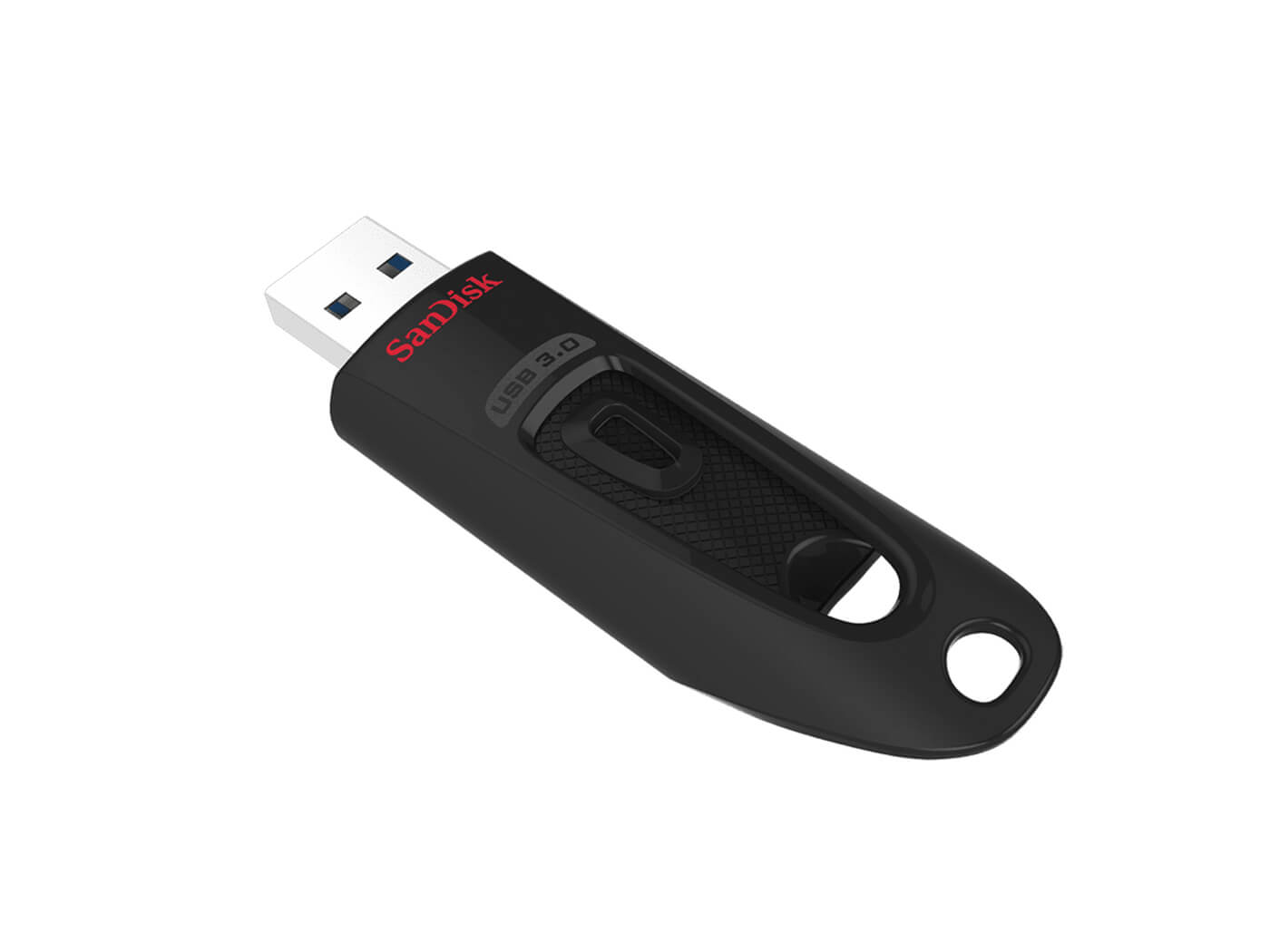 Reliable, affordable and with fast transfer speeds – what else do you need in a flash drive? The SanDisk Ultra is a favourite among DJs for storing music libraries for their sets. They’re USB 3.0 enabled for fast transfers, and they feature a few simple design features that make them more durable, such as a retractable USB tip and the ability to withstand temperatures from -10°C to 70°C. 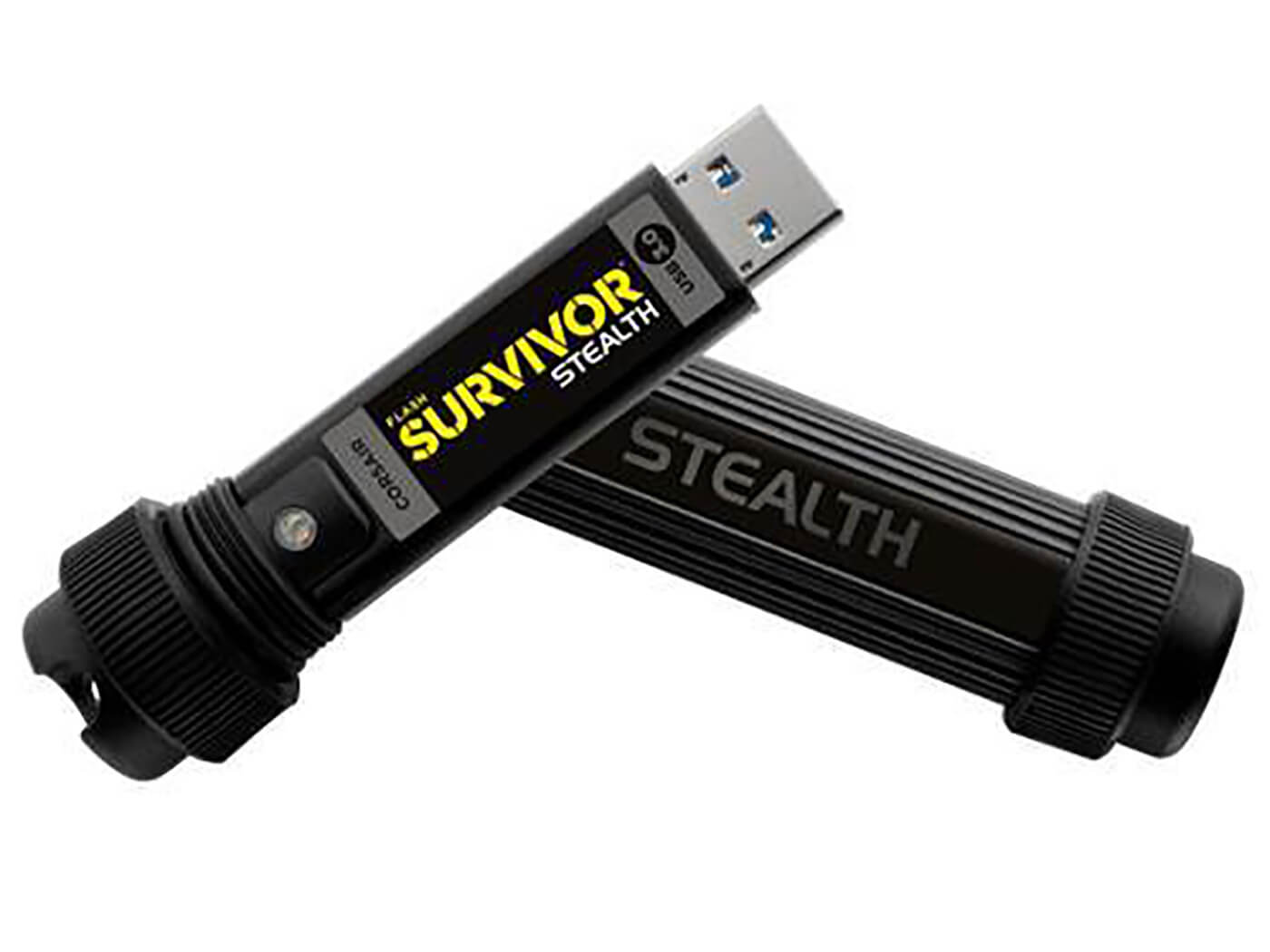 This military-style flash drive looks more like a survival tool one might take into the wild. It is vibration and shock resistant, built with aircraft-grade aluminum and is waterproof up to 200 metres. Not that even the most grizzled field recordists may need it, but at least you’ll have peace of mind. Spec-wise, the Corsair Flash Survivor Stealth is compatible with USB 3.0 and 2.0, and it comes in capacities from 32GB to 1TB. 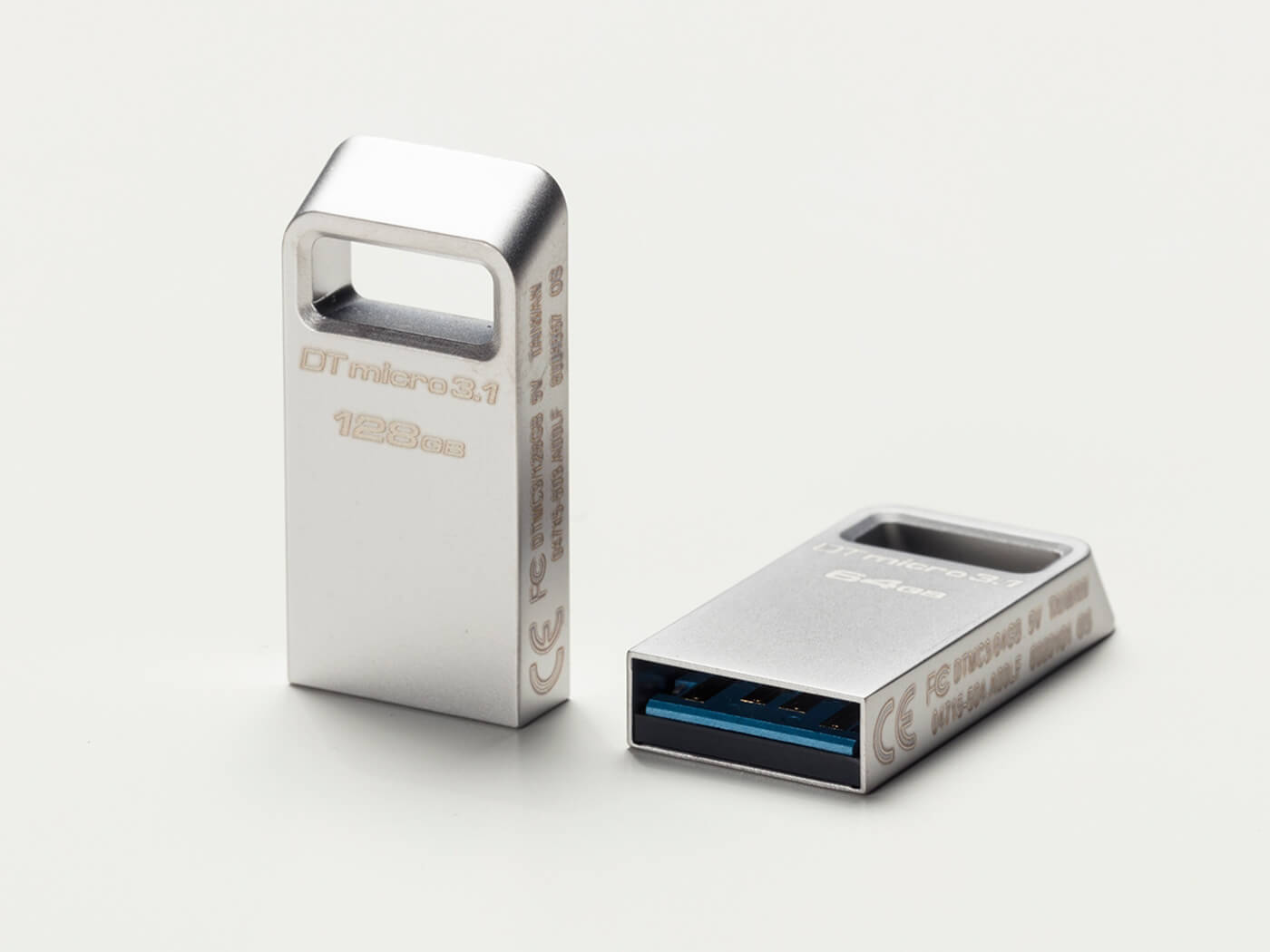 Working in cramped conditions? This USB 3.1-enabled flash drive is seriously tiny and will help keep your gear situation tight and neat, whether you’re plugging it into a computer, digital deck or sampler. It doesn’t skimp on storage either, coming in 32GB, 64GB and 128GB capacities.

Fair warning: its small size means you’ll probably want to keep it safe and sound in a case. There also isn’t a cap on it, meaning it could be susceptible to blockage from dust, pocket lint and so on. 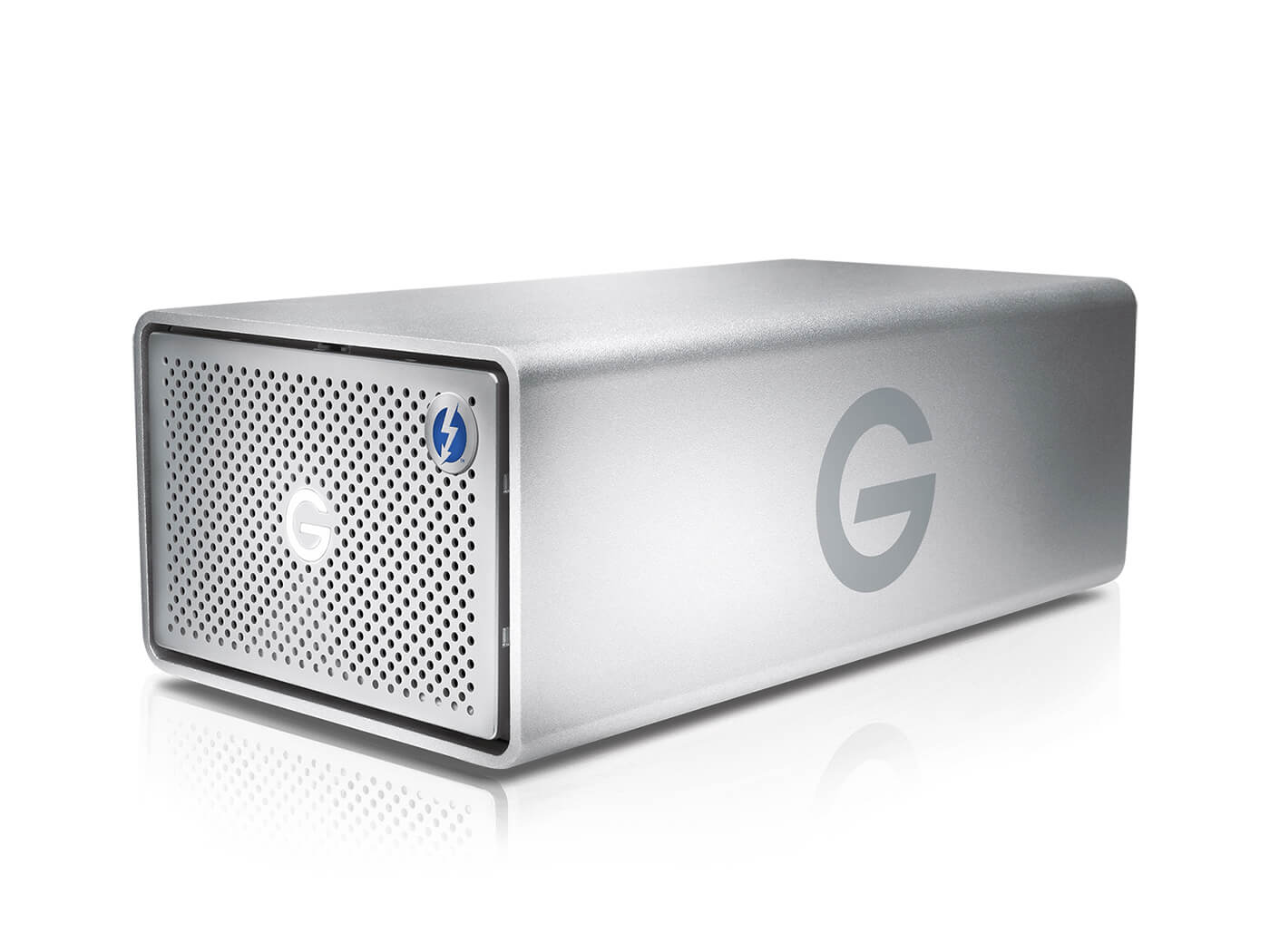 As mentioned above, RAID systems come in many forms and configurations. It’s too big a topic to get into here, but we’ll list the G-Technology G-RAID as an example of a configuration that mirrors drives. This drive comes pre-loaded with two removable 4TB enterprise HGST 7,200rpm SATA III disks – yes, these are very good disks.

They let you mirror the drives to one another for a foolproof way of keeping your data safe – at least in the physical domain. So both drives are identical; one is redundancy for the other. Whatever you save onto the main drive will be automatically copied to the mirror drive.

Apart from that, they come with USB-C, Thunderbolt 3 connectivity, and even HDMI ports for multi-stream HD, 2K, 4K and HDR video. 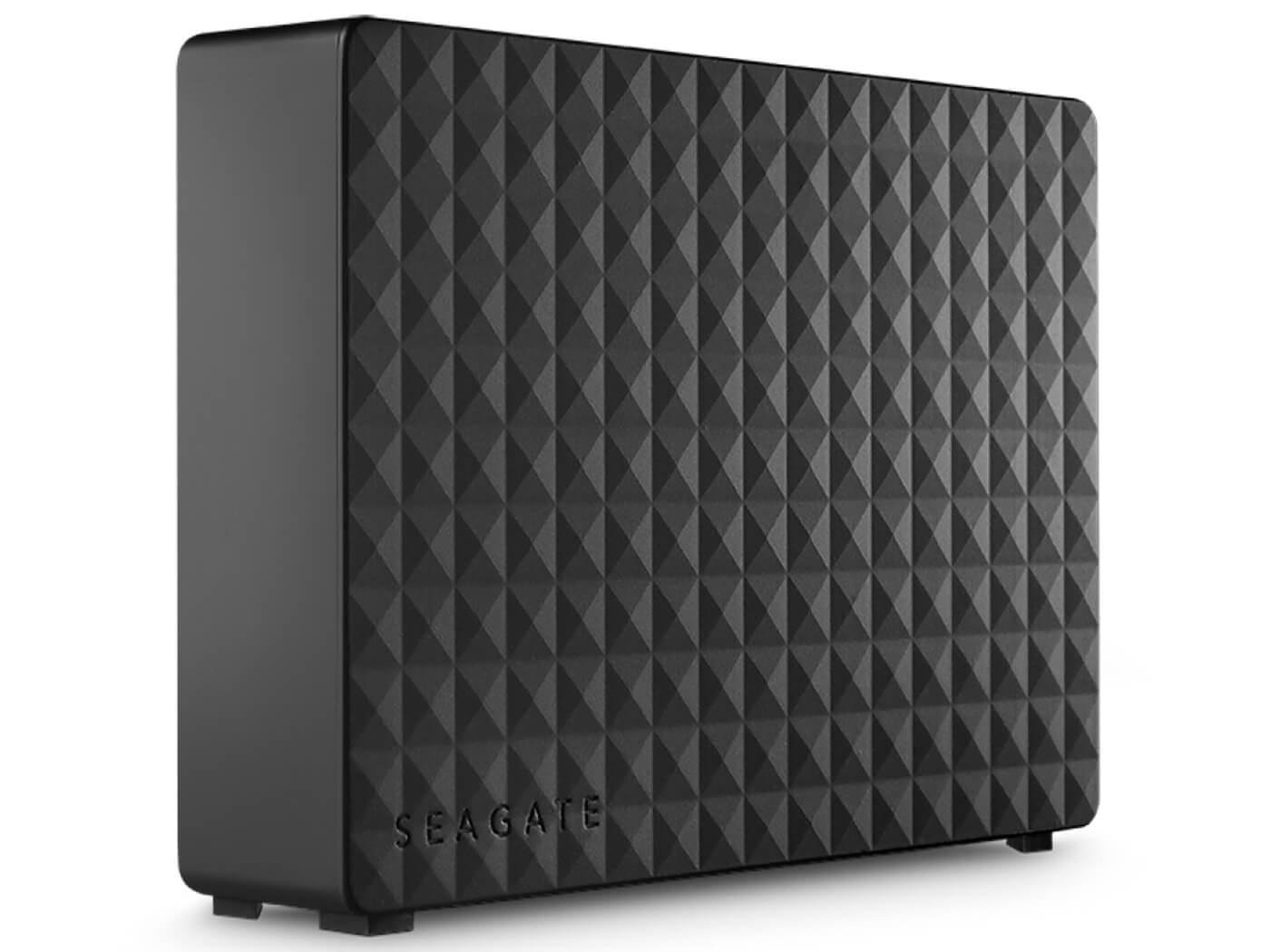 Ideal for pairing with a laptop with a small internal hard drive, the Seagate Expansion Desktop drives start at 4TB and go all the way up to 16TB, making this line one of the more popular in the market.

Bear in mind, drives such as these typically require their own power source, so they’re devices you’ll want to set in place and not touch. This one comes with built-in power management protocols to help it stay energy efficient. Setup is also easy: just connect it to your Windows computer and it’ll show up just like any other drive. With Mac systems, you’ll first have to format it. 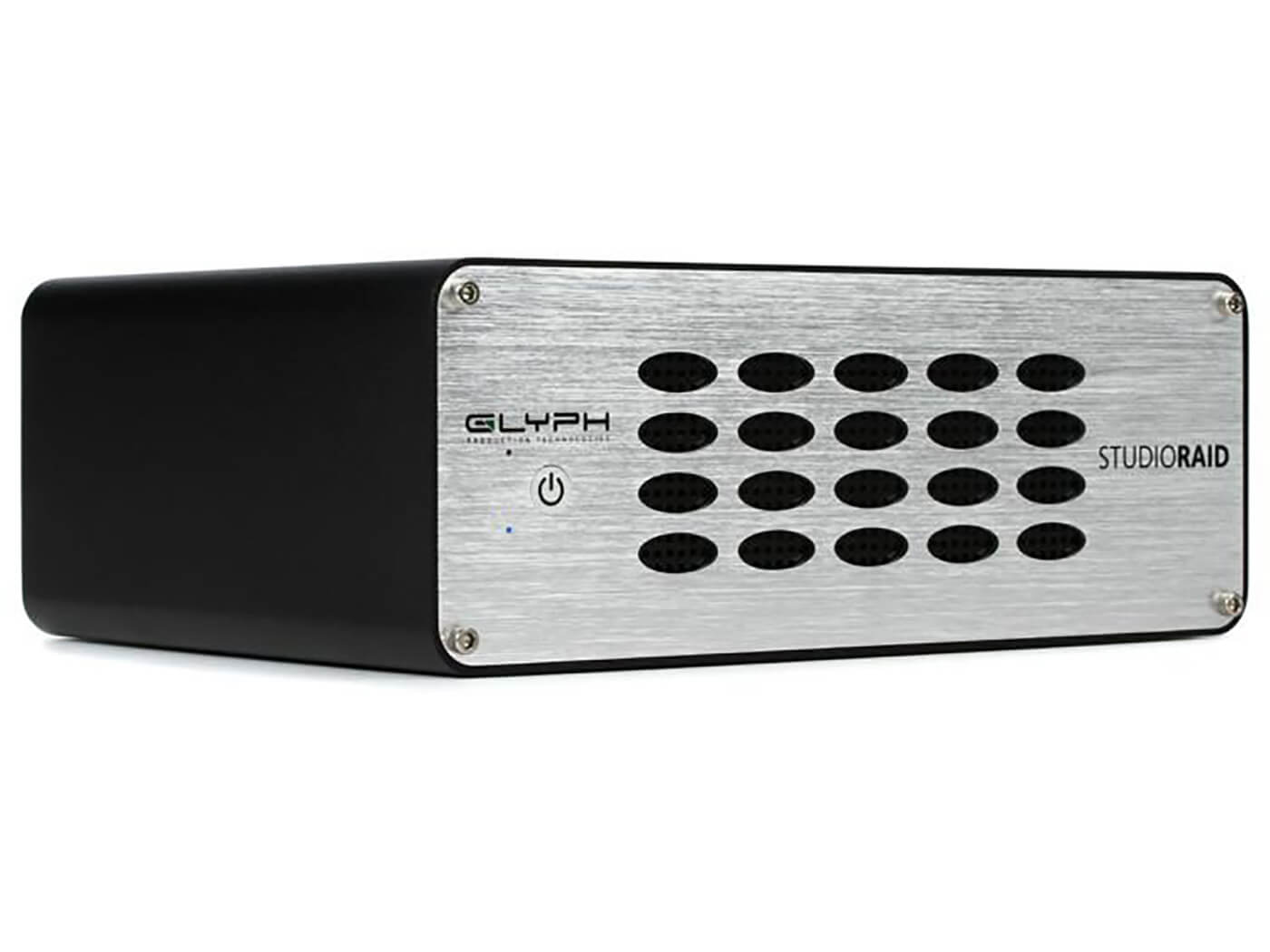 The Glyph Studio desktop hard drives are great for studios for a multitude of reasons: their compact size, quiet operation (best for smaller studios) and plethora of connectivity options, including USB 3.0, eSATA and FireWire 800. Plus, their vertical form factor makes them easy to position on a bookshelf or desktop. They also come with a three-year warranty.