Six of the best unusual instruments

We’re always on the lookout for interesting and unusual instruments that might spark those creative juices. Dave Gale dials up six esoteric contenders. Best Vintage Electronic Instrument:   Moog Theremini/Theremin Price £249/399 Contact www.moogmusic.com | www.sourcedistribution.co.uk Ever watched an old horror movie and heard that eerie electronic sound as the ghost floats across the floor? The […]

We’re always on the lookout for interesting and unusual instruments that might spark those creative juices. Dave Gale dials up six esoteric contenders. 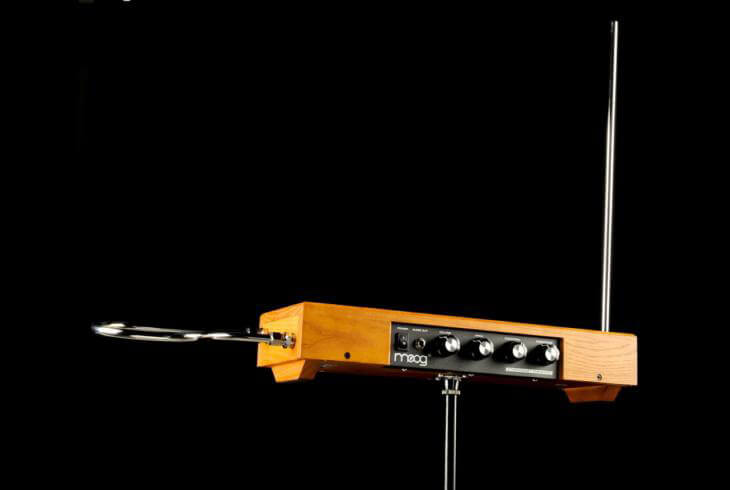 Ever watched an old horror movie and heard that eerie electronic sound as the ghost floats across the floor? The chances are that will be the sound of a Theremin, which is the only instrument that is played by not being touched.

Utilising two antenna to control pitch and volume, learning the Theremin is not for the faint hearted, and will require a degree of dexterity but, regardless, it will be perfectly possible to get plenty of sweeping noises and effects out of one. Moog ignited the Theremin market with its all analogue-designed Theremin, known as the Etherwave Theremin Standard Edition.

This would later be joined by the cheaper Theremini, which boasts the digital Animoog sound engine and a number of facets to make playing easier. It’s an electronic instrument with heritage but available from new, with the prestigious Moog kite mark of quality.

When we reviewed it we said: “For those after an easy intro to the world of the Theremin and the other-worldly nature of its sound (it’s also worth delving deeper into the fascinating life of its inventor if you have time), there’s no easier way.” 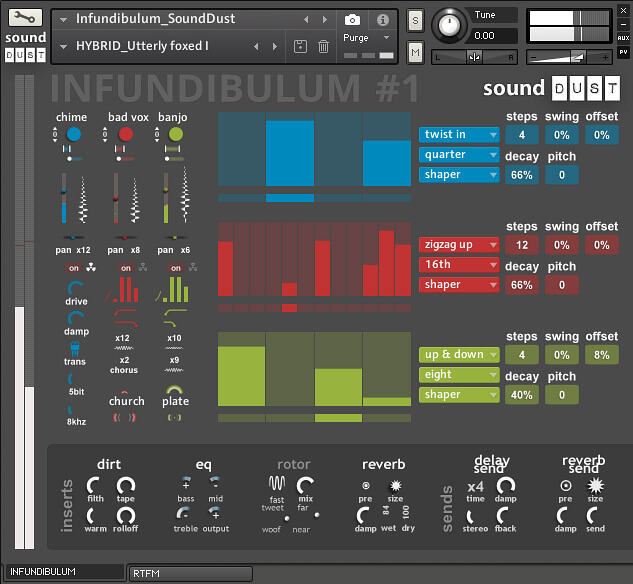 The brain-child of Pendle Poucher, composer and all-round interesting sound designer, Infundibulum #1 offers three streams of arpeggio generator, all of which draw on their own sampled sound sources which consist of pianos, dulcitones, toys, voices and more. The arpeggiators are fully tweak-able, allowing for variation of note duration and length, as well as volume.

It’s a veritable toy box of crafted arpeggios and extremely different from the raft of other arpeggiator-based soft synths which are on the market, forcing creativity in the most effortless of ways. Infundibulum #1 runs as a NI Kontakt instrument and will require the full version of Kontakt, but represents something of a bargain.

The only problem is, in searching this plug-in out, you’ll be tempted by numerous other instruments to be found on the site, such as the Untopia library for Omnisphere, which is equally esoteric and unique. 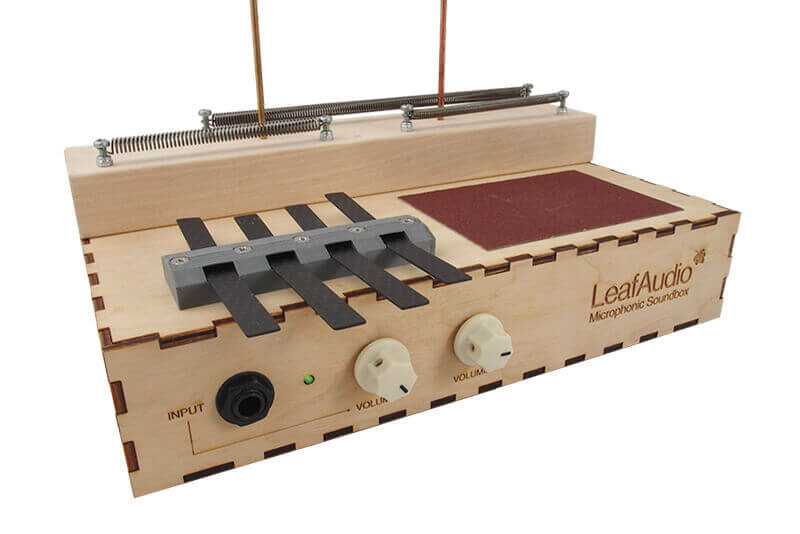 Sometimes, it’s the simplest of ideas that make some of the coolest sounds and it doesn’t get much simpler than an empty box with a couple of internally-mounted contact mics, and a veritable activity centre of things that you have to hit, scratch, pluck and scrape.

The resulting timbral feast ranges from the musical end, with the use of the Kalimba strips, to the downright eerie, with the bow scraping of metal rods. The springs and sand paper evoke Radiophonic Workshop ideals which are ripe for extreme processing through pedals, modular or your DAW too. Either way, starting with a sound which is truly bizarre can yield some amazing sonic results.

We Said: “It has much to offer as an interesting percussion instrument, but as a source to sound generation for new and exciting sampled or processed tones, it’s a very strong and useful contraption, and one that I can see being in great demand at the creative end of business.”

Best use of Space in Stereo:  Soniccouture Haunted Spaces 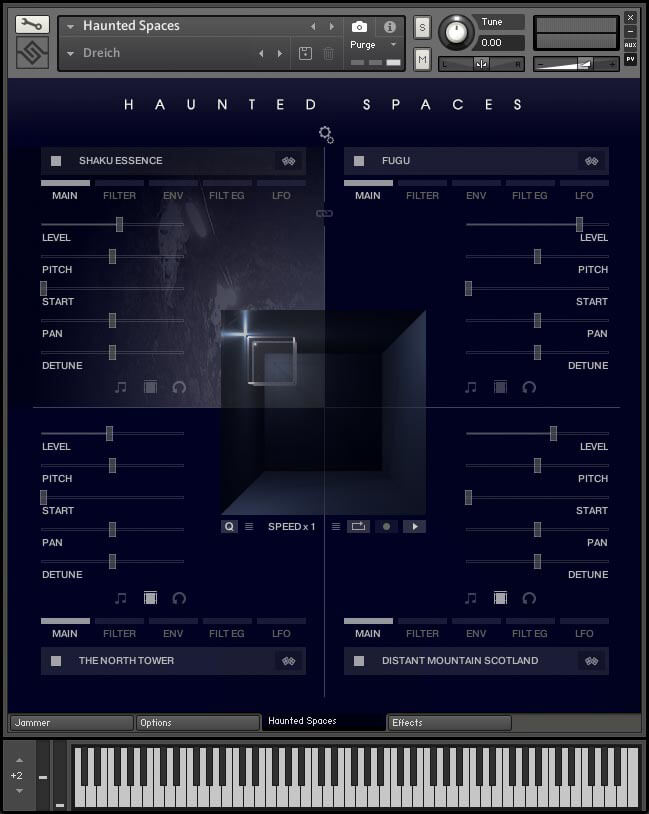 Imagine taking a library of field recordings from some of the most extraordinary acoustical locations in the world, and you’ll be getting close to the concept for the starting point of this instrument. Then blend in further unique instrumentation such as Mbira, Bowed Pianos and Ebowed Guitars, and you’ve got quite a package.

Utilising four areas within the instrument, the idea is to assign one of these spaces or instruments to each, and allow for blending from one partial to the other. This can be handled manually or be programmed, to create an exceptionally interesting level of ethereality, much of which feels troubled or disturbed.

Hardly surprising when you you learn that field recordings were taken from places such as abandoned railway lines in Mexico, Maori Burial Caves and empty Hydro-Electric Power Station tunnels. It also looks and feels amazing when in use. 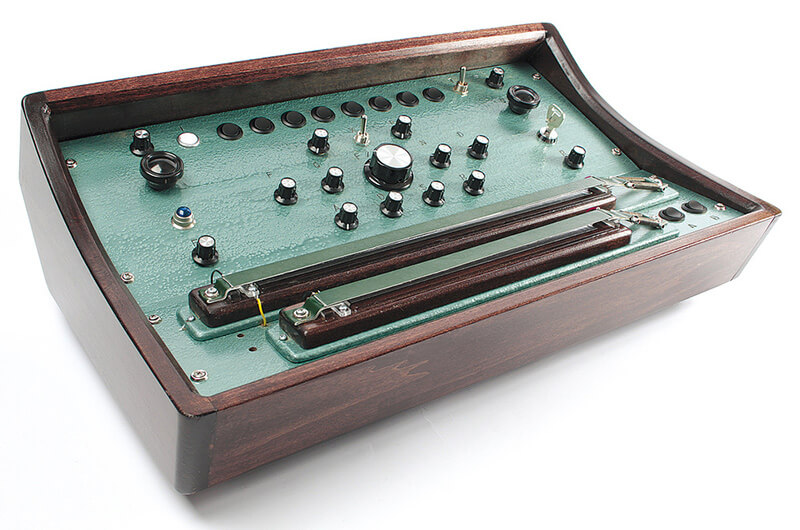 If you can imagine a swarm of bees in musical form, you’ll be getting close to the sound of the Swarmatron. A very unique instrument and with less than 100 currently in existence, the Swarmatron consists of eight oscillators which are all played simultaneously via a ribbon controller, located at the front of the instrument.

Various tuning controls allow the user to create Swarm-like effects. These can employ sine waves to emulate a chorus of angels, through to saw waves that can get really aggressive as the pitch cascades towards a central point, like a swarm heading for a hive.

If you’re feeling tempted, these are made to order by hand, with a lead time of around two months. It’s esoteric and wondrous, and it’ll cost about the same as the equivalent in Eurorack, making it a worthwhile considered purchase if you have the funds to hand. 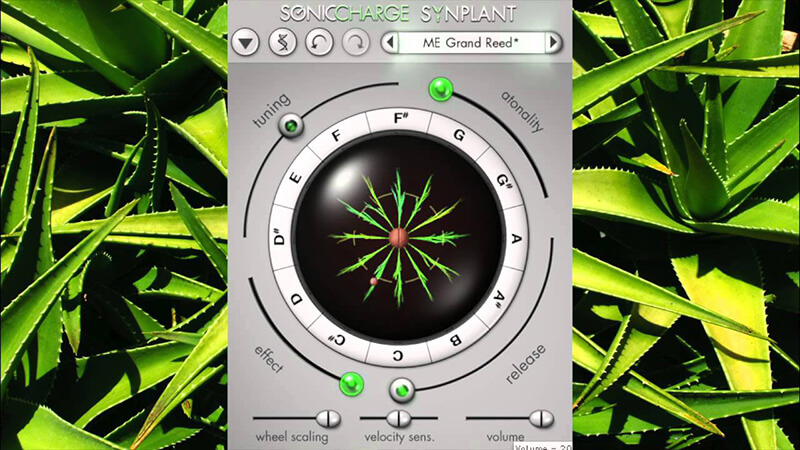 Many might think that starting the creation of an electronic sound should begin with an oscillator. However, in the case of the Synplant plug-in, we’re talking more about planting a seed and growing branches on each note, which will then in turn change the timbral colour of the note.

A degree of atonality can be included within patches, meaning that it’s perfect for more abstract and contemporary use, while the user can also go deep, by opening up the seed’s genetic code and tinkering with the sounds DNA. (I promise you, I’m not making this stuff up!)

It does, however, also offer a pretty simple and easy to use interface, which looks superb when in play, and sounds very cool too, for both more traditional instrumental duties and contemporary fare alike.