Six of the best Eurorack oscillators

With the ever increasing popularity of modular synthesisers, we compile our hit-list for the classiest Oscillators which adhere to the Eurorack format… Best Analog VCO: Studio Electronics – Oscillation VCO Price £249 Contact sales@mslpro.co.uk Presenting a sound which is inspired by the likes of Arp and Oberheim, with a little bit of Roland thrown in […]

With the ever increasing popularity of modular synthesisers, we compile our hit-list for the classiest Oscillators which adhere to the Eurorack format… 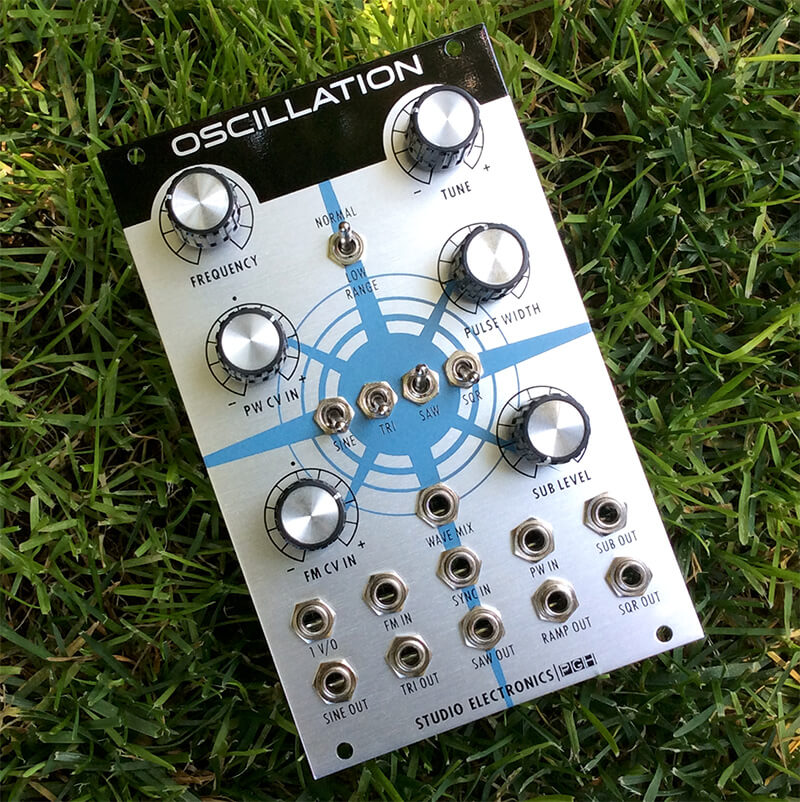 Presenting a sound which is inspired by the likes of Arp and Oberheim, with a little bit of Roland thrown in for good measure, the Oscillation is one exceptional class-act, thanks to its ability to use individual or summed waveform outputs, of which there are four, with the addition of one of the meatiest sounding sub-oscillators we’ve ever heard.

There’s CV control, just where you want it, and stability and build quality which are batting way above the average. The Oscillation is something of a dark-horse in Eurorack circles, as it packs the most almighty punch in a 16HP form. Add one of the many enticing Studio Electronics Eurorack filters and you’ll have a system which smacks of Arp, Roland, Moog, Oberheim or even the legendary Yamaha CS-80. 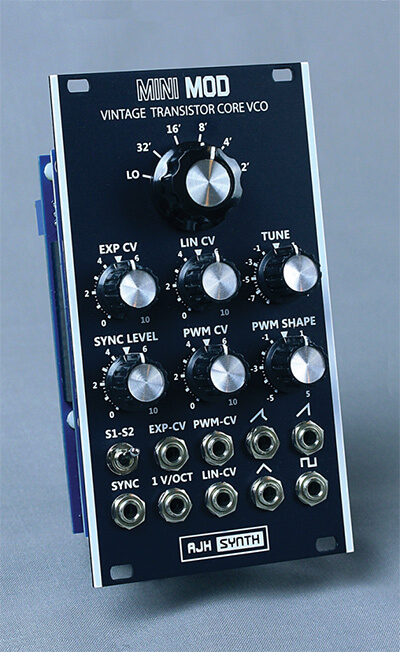 Flying the flag for the vintage analog sound of Moog, it’s difficult not to be seduced by the sheer class of the MiniMod VCO, which prides itself on being one the finest and most stable analog oscillators on the market. With an enviably fine build quality, the AJH VCOs manifesto is very firmly to offer something which is as close as possible to the original MiniMoog Model D, which it manages with a huge degree to ease.

The extensive output options, coupled with CV control of PWM, make this a highly desirable analog beast, while offering all of the wonders that the original Mini could offer, which includes the highly prized Shark-Fin waveform. The only problem is, you’re likely to want more than one!

We Said: Frankly, who wouldn’t want three [AJH] VCOs, to be completest in the quest for the Minimoog architecture; but in true Eurorack tradition, I also employed a single VCO against other oscillators in my Eurorack. The performance was outstanding, offering stability with a very short warm-up period of around 20 minutes, and held tuning exceptionally well, with solid calibration. 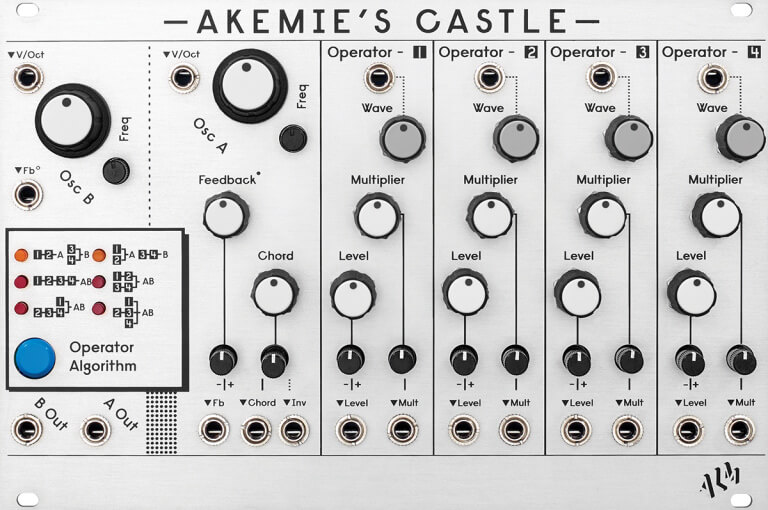 Weighing in at an impressive 38HP, Akemie’s Castle is not for the feint hearted. We’re talking FM in the style of Yamaha from the late 80s, in fact the Castle even exploits the use of a new-old-stock chips, which would have been found in a DX synth from that period, however it also offers the sort of realtime control of Operators that we used to dream of having, coupled with several waveforms, where the DXs only offered Sine waves. If you want to tweak as you play, you’ll be delighted, while being able to place all of the meaty modulatory signals under full CV control.

Gnarly and metallic tones, along with slightly fuzzy sine based tones literally fall out of the Castle, while it also offers various chordal settings, should you wish to create polyphony, albeit with the pitch CV acting as the root of the chord.

We Said: “There’s plenty to get excited about and the control is pretty unique and enticing. If you like oscillators that are capable of charm and distortion, this is one to go for.” 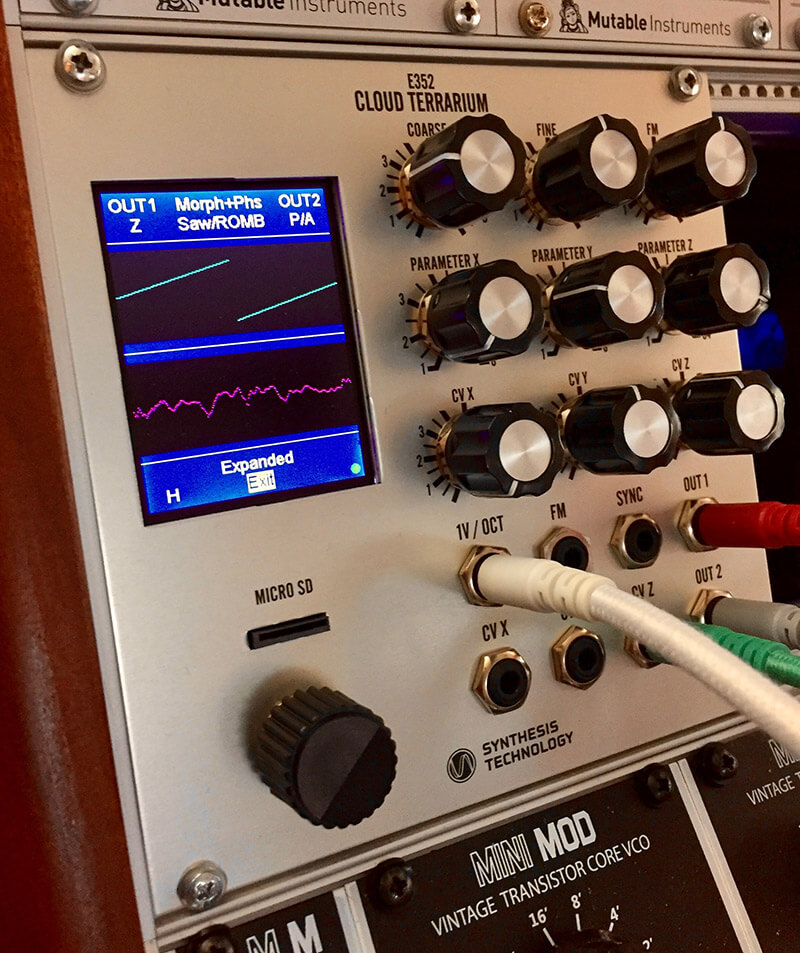 The Cloud Terrarium is what you get when you combine two of the best Eurorack oscillators available; the Cloud Generator and the Morphing Terrarium, but then add all sorts of enhancements and interplay between conventional subtractive waveforms and Wavetables, and include the ability to load up user based Wavetables too.

Something of a beast with two heads, the Cloud Terrarium will offer the user the ability to take Saw and Square waves and super-size them, in much the same way that the ubiquitous Super-Saw waves do, which have become so popular for certain styles of production work, while the other side of the module will offer the ability to sweep through a Wavetable, but arguably so smoothly, it’ll be the coolest thing you have ever heard.

There’s great CV control available, meaning that clocked sweeping is both possible and useful, while Synthesis Technology also supply some software for the user to create their own Wavetables, which can be loaded in via the onboard SD card slot.

It’s not a cheap oscillator, but my word does it sound good! 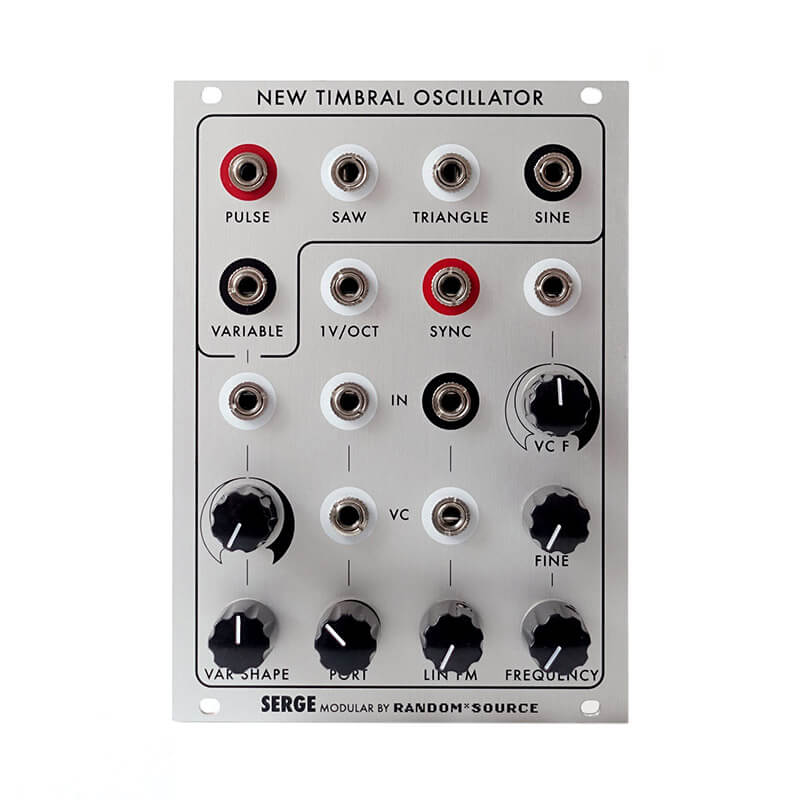 The influence and complexity of Serge synthesisers is undeniable, and thanks to Random Source, many of the modules and concepts are licensed and available in kit form. One of their newer releases is the fabulous NTO, which as the name suggests offers a bewildering number of sonic possibilities, through the ability to start with a subtractive type timbre and modulate it in a large number of ways. Much of this is available to CV control, allowing for great control from elsewhere within a modular system.

As with all DIY based module kits, you’ll need a degree of dexterity with a soldering iron, and if this is not for you, you’ll find plenty of people offering completed kits from the usual auction site outlets. 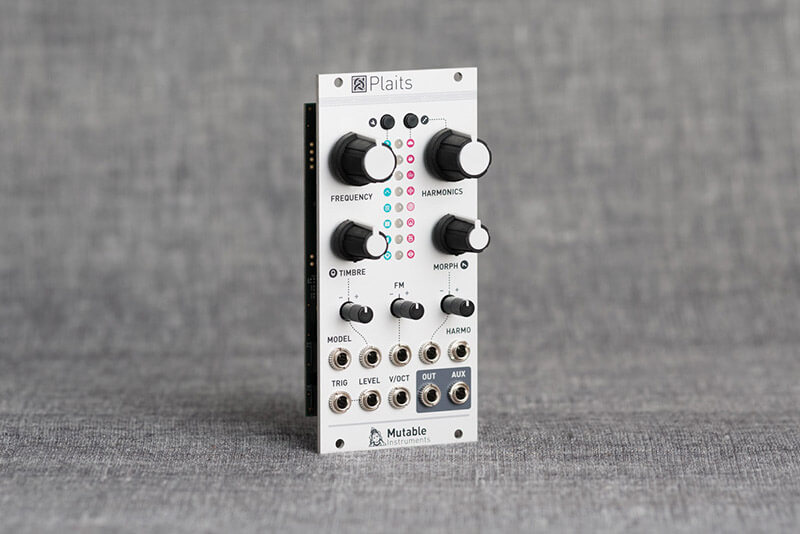 Following on from the extraordinary success of the Braids oscillator, the main intention of Plaits was to make it even easier to get at sounds, while still offering a huge diversity of choice. So much so, you’ll find it packed full of eight synthesis models for pitched sounds, with a further eight models for noise and percussion, which makes it one heck of a power-house for a 12hp module.

You’ll find everything from subtractive style waveforms through to speech synthesis algorithms, so it really does cover the whole gamut, while also offering a few classic drums sounds to boot. At the price, it’s a very tough act to beat, and is lovingly crafted with the usual Mutable build quality by Olivier Gillet, who is the extraordinary mind behind the company.