Choosing the right interface to use on stage can be tough since there are a great many choices. What it really comes down to is choosing your interface based on price range, converters/fidelity and number of inputs and outputs as well as how much complexity you’re willing to deal with. Erin Barra presents a list […]

Choosing the right interface to use on stage can be tough since there are a great many choices. What it really comes down to is choosing your interface based on price range, converters/fidelity and number of inputs and outputs as well as how much complexity you’re willing to deal with. Erin Barra presents a list of some of her favourites to check out and consider… 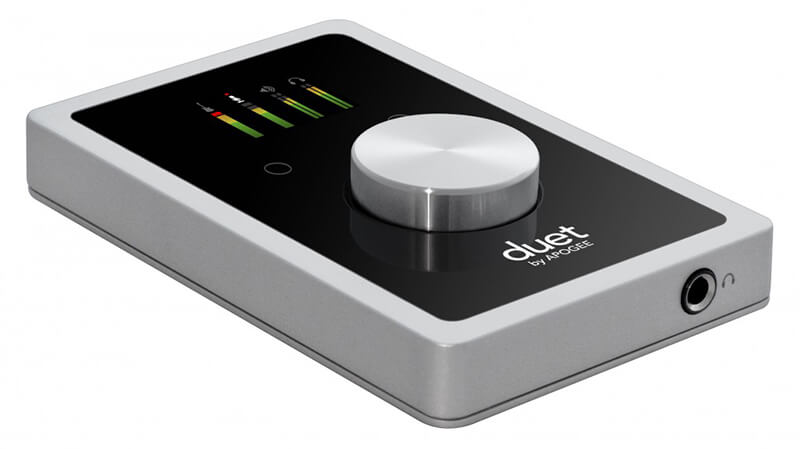 The Apogee Duet is an oldie but a goodie and is still one of the best options out there for people who want something portable and easy to use with great fidelity. One of the huge advantages of the Duet is that it’s USB bus powered, so you don’t have to always have the additional power source, although some of them do require a proprietary cable to connect to your computer.

There’s only one knob and you can toggle through the two inputs, as well as the headphone and stereo mix very quickly, making on-the-fly gain staging easy to do. Another feature is that there are four outputs, allowing you to send a stereo ¼” mix and have a separate stereo headphone mix on stage. The converters and mic pre’s on the Duet are top notch and sound great. Another plus is that the Maestro software that comes with the interface is relatively easy to navigate.

Focusrite Scarlett Series 2i2 – 2i4

The Focusrite Scarlett 2i2 is the starter interface for loads of folks and there’s a few good reasons why, besides the fact that they come in a pretty snazzy red colour. For starters, the price is right. They come in at lower price points and, all things considered, it’s quite a lot of bang for your buck.

Both the 2i2 and 2i4 are easy to use and are class compliant so most systems won’t require a driver download/install. There’s no additional software necessary and it’s relatively plug and play from a user perspective. It’s also USB bus powered so you don’t need the power source plugged in for it to work great. The 2i4 gives you the additional outputs for a stereo headphone mix. 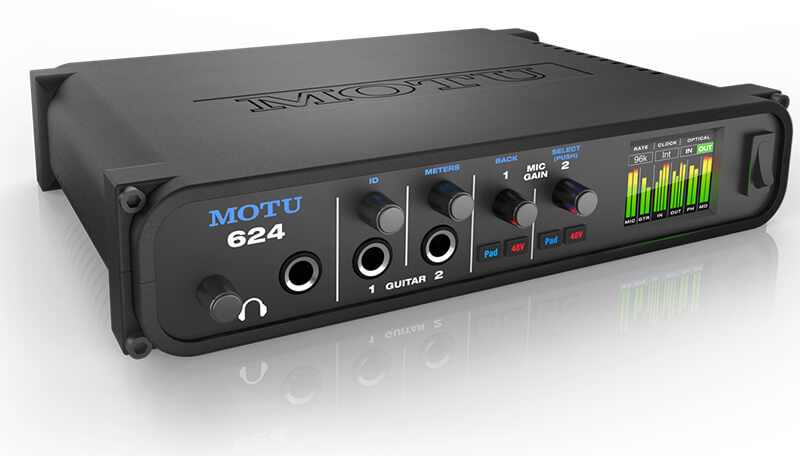 The MOTU 624 has an insane amount of functionality and packs a huge punch. One of the best things about it is that you can mount it to your computer via either USB or Firewire depending on what you need in any given scenario, making it very versatile on and off stage. It has onboard DSP with each channel having its own High Pass filter, Gate, EQ and Compressor as well as reverb in parallel. There’s an iOS app you can use to make adjustments to all the levels and parameters on all tracks.

For the price, you get a whole lot of inputs and outputs and MOTU makes some of the most stable hardware out there. It’s small and lightweight, making it easy to throw in a gig bag. This interface has a load of functionality and the many menus and submenus can be a lot to navigate, but if you need something flexible and durable, it’s worth the effort. 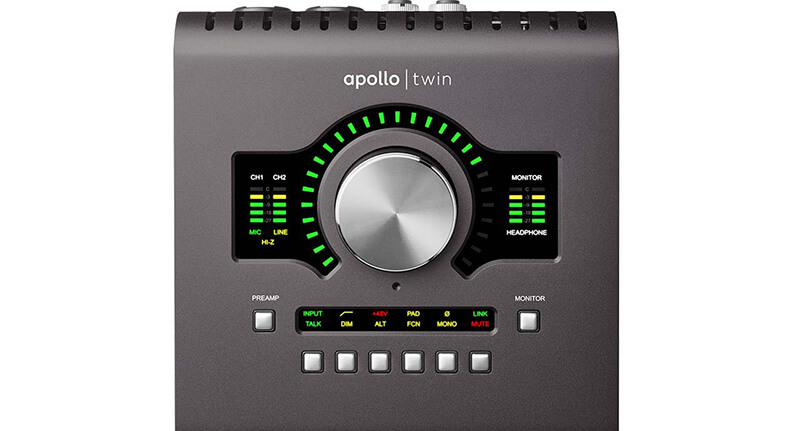 The Twin sounds amazing and has a number advantages that are worth considering. First off, it has onboard processing which will power the many UAD plug-ins it comes with. If you do a lot of processing in your live set, the Twin is capable of taking a load off of your CPU. That being said, the plug-ins are all virtual emulations of analogue hardware, so if you’re looking for a harmoniser or something more digital, you’re out of luck.

The conversion and pre’s inside of the Twin are world class and it’s a very stable piece of hardware. One drawback is that you have to have the power source plugged in at all times – the console software isn’t the easiest to navigate and the price point is high. You do have the option of having either a USB or Thunderbolt connection depending on which version of this interface you buy. 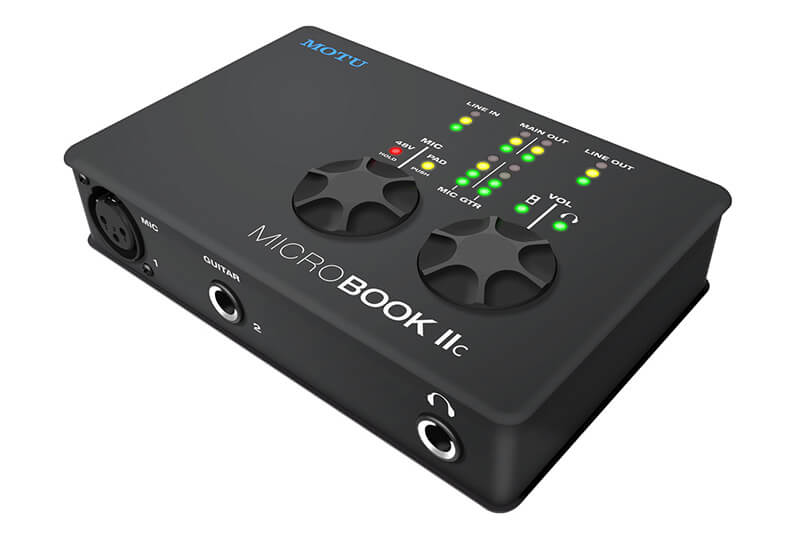 This little guy is awesome for so many different reasons. First off, it’s really tiny, easy to use, is iOS compatible and it’s USB bus powered, but the thing I like most about this one is the I/O. There are six outputs which are all useful for different reasons: a stereo ¼” pair, an ⅛” stereo out and a stereo headphone mix. Having the array outputs comes in hand especially if you’re a mobile musician. It’s also really well priced for the amount of flexibility and power this small interface packs. This is smaller than the MOTU 624 but still has some of the onboard processing the larger model does.

All of these manufacturers and developers sell interfaces that go up in size and, as they do, they also go up in price and general complexity. Most live rigs tend to be kept relatively simple and these interfaces are all great choices for your stage set-up.