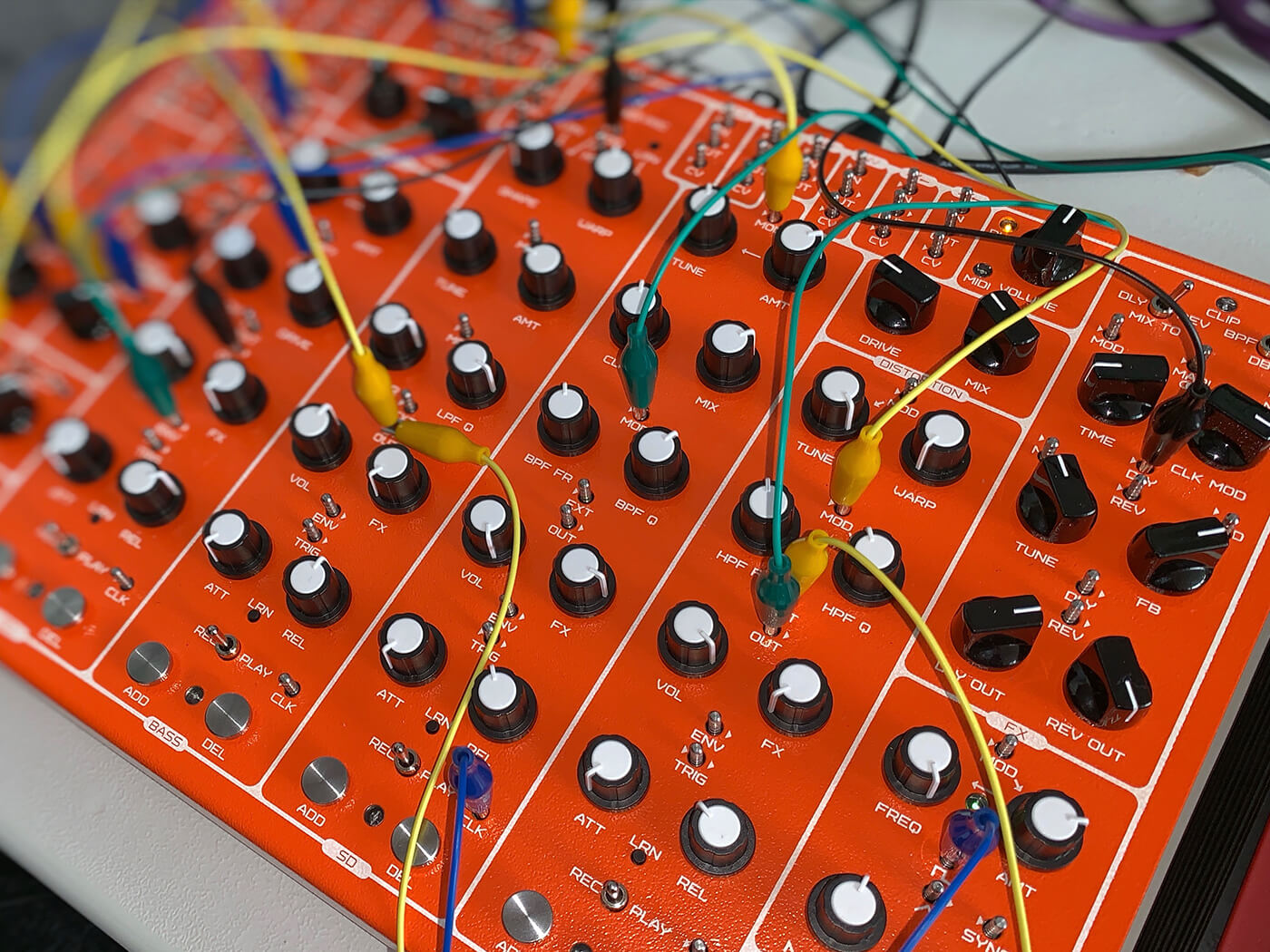 Superbooth 2019 was packed with new synths, drum machines and effects, ranging from the immediately accessible to the beautifully bizarre. We round up our favourite gear from Berlin’s annual synth show.

This unique eight-voice electro-mechanical synth sporting eight digitally controlled electric motors, each generating oscillations through inductance. Using motors gives it a characteristic car-like sound as well. Plus, it is spectacular to watch. 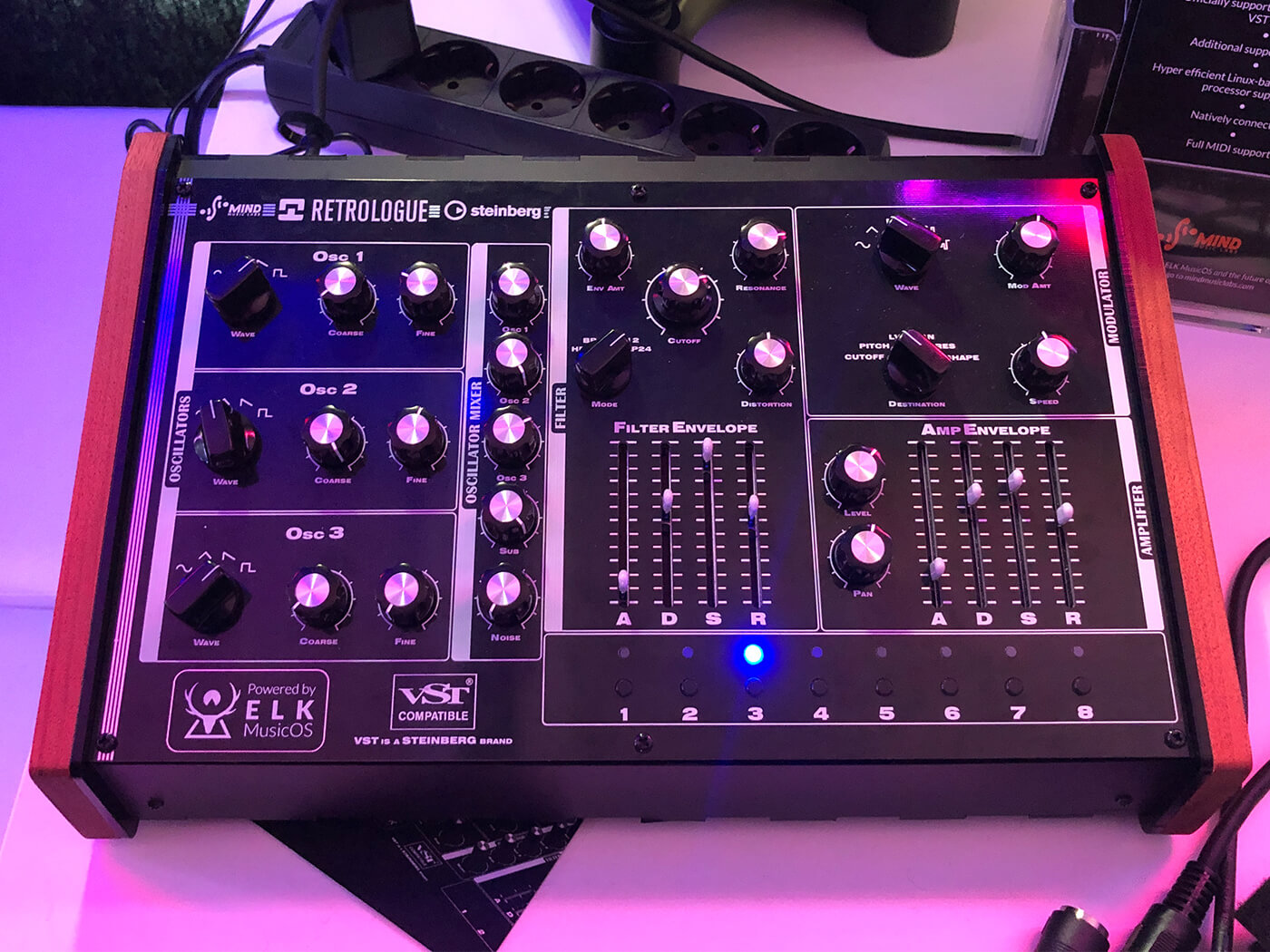 Mind Music Labs are making it possible to turn VST softsynths into hardware synths. They’re kicking off by collaborating with Steinberg to make a hardware version of the Retrologue 2 VST. The new ELK platform, upon which this is all built, allows developers to port their VSTs over onto a hardware system, all with sub-millisecond round-trip latency.

Perhaps a better device for the form factor than the UNO Synth, IK’s new drum machine the UNO Drum is immediately understandable. Featuring six analogue drum sounds, another 54 PWM samples, a 64-step sequencer and 11 notes of polyphony it offers decent bang for your buck as well, at only $249.99.

Ableton aims to give you greater control over your Eurorack modular gear from within Live 10 with the CV Tools pack, now in beta. There’s much more on offer than just tempo sync, with advanced modulation control, a complex rhythm generator and more. Watch our walkthrough from Superbooth above.

This drum machine from Russian sonic experimenters Soma Laboratory couldn’t be any more different to IK’s UNO Drum. The Pulsar-23 is the only drum machine that understands trigger and release information, says its inventor, holding your note until you let go. To hear it in action and understand all of its intricacies, watch the overview.

We just reviewed the Impulse Command and we can’t get enough of it. This analogue, 2 VCO stereo synth and sequencer manages to sound both futuristic and retro without ever recalling any specific famous design. Find out more from designer Tom Carpenter.

Billed as a 12-voice binaural polysynth, the Super 6 from new British company U.D.O. is all about immediacy, recalling the simple layouts of Roland synths such as the Juno. Although it uses high-resolution FPGA waveforms as its oscillation sources, the rest of the instrument is fully analogue, and it sounds wide and lush. We talk to the Super 6’s designer George Hearn about the design philosophy.

Italian newcomer Enjoy Electronics has made a digital desktop multi-effects unit called Reminder that’s aimed squarely at synthesists. With four sections: a filter bank, a digital delay, a reverb and an LFO, this is a well thought out device for bread-and-butter synth effects. What’s more, it’s beautifully made and will only cost 600 Euros when it hits the market.

Previously an unlikely brand to see at a synth show, Pioneer has been steadily increasing their involvement in the music-making world with their Toraiz range. There have been collaborations with Dave Smith, a sampler and even a squelchy AS-1 synth. At Superbooth, they unveiled their centrepiece of live electronic performance, Squid. Similar to Arturia’s Beatstep Pro, the aim of squid is to sit at the centre of your live performance (and studio) world and send multitrack sequences out to all your gear via either MIDI, CV/Gate, USB and even DIN Sync. It also sports other innovations like a groove bend feature and harmonizer. At just $599 we expect to see it cropping on stages and in synth-filled studios everywhere.

This little 303-style bass machine is the first analogue synth to use a miniaturised Nutube valve. So your acid squelches will be richer, your distortion thicker and your harmonics warmer, claims Korg. Paired with a ladder filter, a 16-step sequencer and a guitar pedal-inspired analogue overdrive section, this is a capable monosynth for only $199.99. 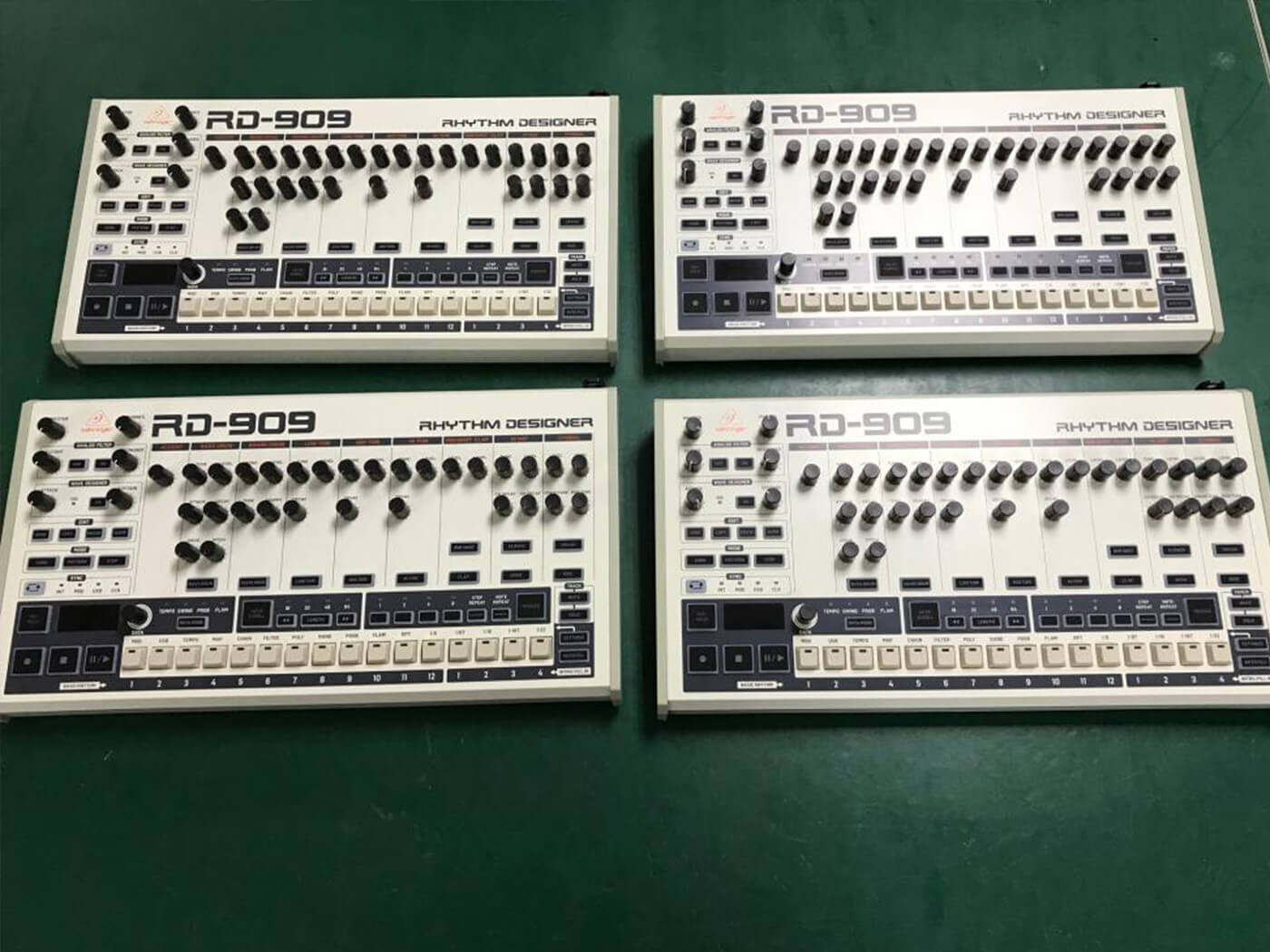 Although not technically new, seeing the performance features of Behringer’s drum machines demoed showed that the company really understand what the market wants. They have also evolved the 808 and 909 to be on-stage tools that will play well with others. Functions like the note repeat, easy muting and phrase loop functions are also impressive. To our ears, the 909 kick isn’t quite right, but we’ll reserve judgement until we can get a final production unit for review.