The Goldfrapp man walks us through his synth-filled studio and reveals a guilty pleasure. 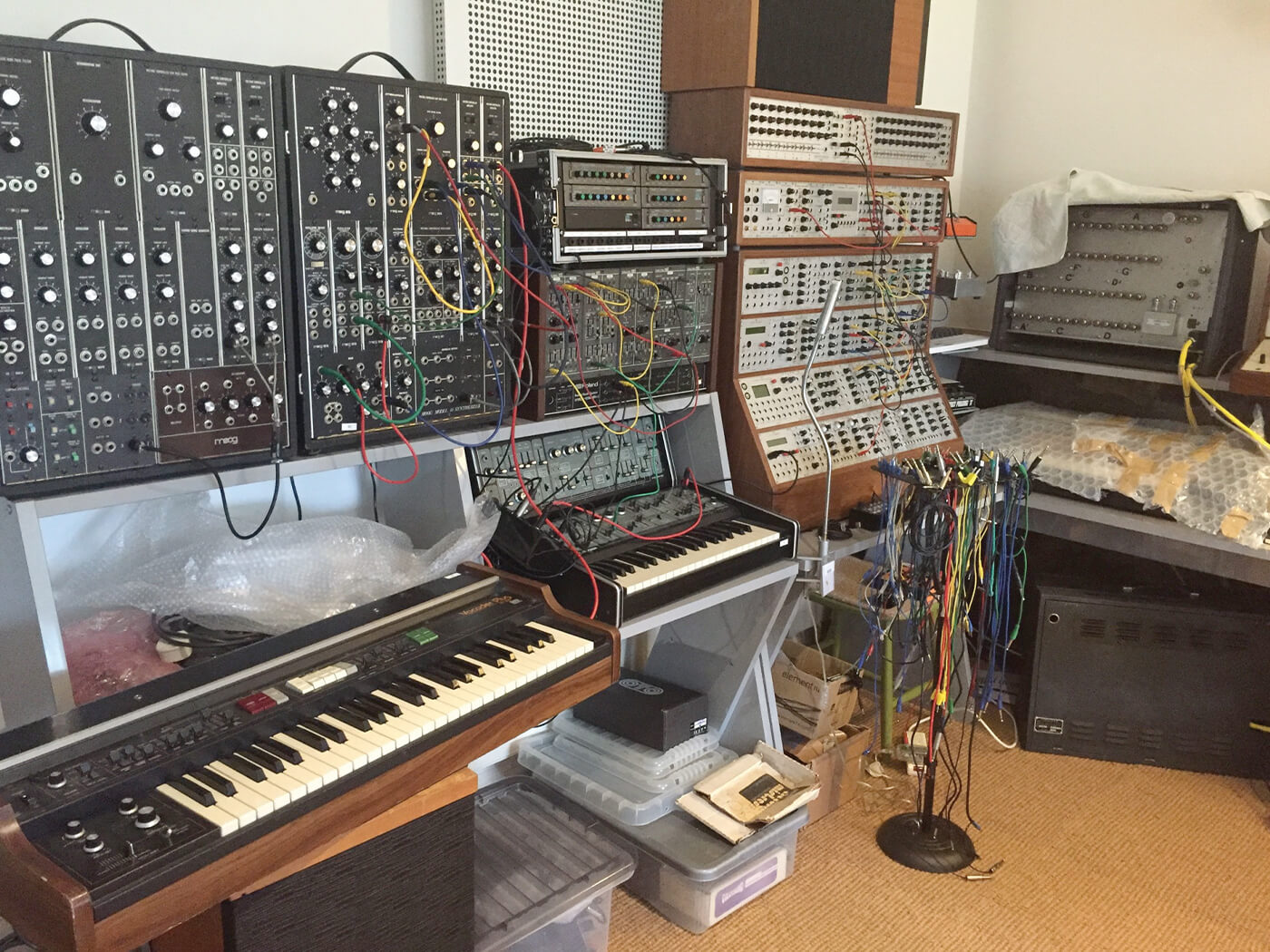 With the current craze for everything Eurorack, you’d think Will would be stacked to the rafters with the stuff. This is not the case, as Will has enough vintage modular gear already. Here, he details his main pieces. Check out the rest of the interview here.

MT: Clearly, you have quite a bit of modular gear. Is that new for this album?

WG: I’m still a bit of a novice, but I like the fact that you can use not just the oscillator sounds, but some of the other processors. I quite often use filters and things from modulars, because they’re so easy to get into. I used to do that with the Minimoog but obviously with the modulars, you’ve got that much more going on with what you can do. I like running sequences with them sometimes, but I’m still a little scared of them, because I’m more used to pressing a key and a sound comes out.

With some of them, just to make a sound you have to connect six cables together, so if you’ve got somebody with you, it’s better to just get a keyboard up and running. You’ve got to have the dream time – but when you go into that dream time it’s fantastic, because you come up with things that surprise you and are unpredictable.

MT: Do you have mostly vintage modular, or are you getting into using the latest Eurorack devices?

WG: I haven’t really gone Eurorack, but I should, because I think that they’re a fantastic idea. You can buy the signature component from one particular synth – for example a Wasp, which has a very particular filter – and mix it together with a Moog envelope or an Oberheim oscillator. You can make your Greatest Hits synthesiser, but the sad truth is, I have most of those things anyway. I was lucky enough to get in early with the demented collecting, so I have a lot of the machines that these things are trying to copy. 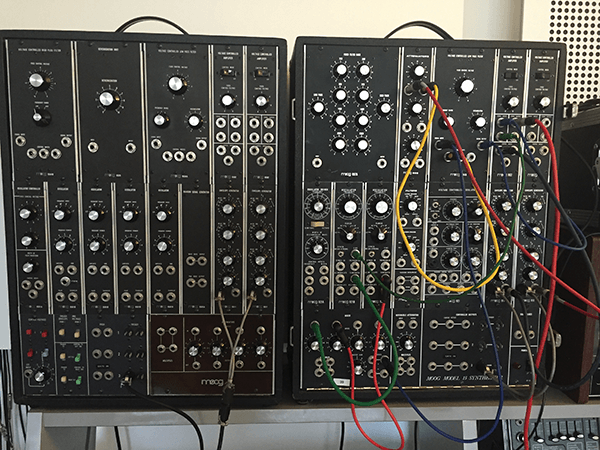 MT: What key modular gear did you use for the album?

WG: Well, the Moog System 15, which was their entry-level modular thing – I’ve got a couple of those. Then there’s the Roland System-100M, which I have on the back wall, and I’ve got two Oberheim modules sitting on a rack, which I love the sound of. I also used the EMS VCS 3, which is, conceptually, modular.

MT: What where your choices behind those modular units?

WG: The Moogs are just known for being brilliant, so I didn’t try one out beforehand, I just knew they were going to be great, from what other people told me. The System-100M comes from that period where Roland was making stuff like the 09, and some of those other great-sounding machines. There’s a vintage-electronic music-instrument auction called EMEA that runs two or three times a year. It’s based in Devon, but it’s totally international and that’s how I get a lot of stuff. It’s usually high-end, so it’s getting really expensive now and that’s slowing me down a bit. 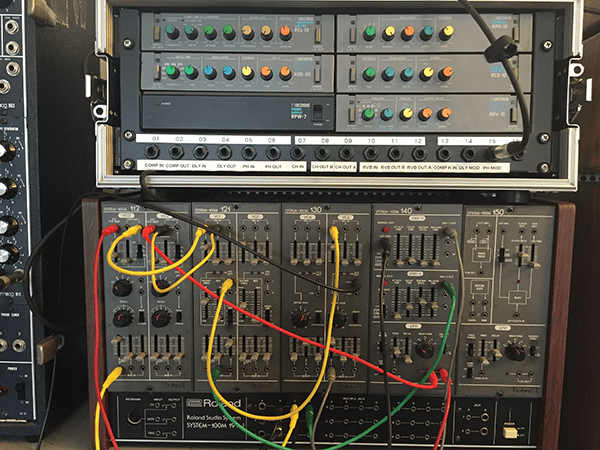 MT: So you buy stuff, auction-style?

WG: It’s a case of, if you don’t know it, put a low bid in and you might get it. That’s how I got hold of these lovely Siel keyboards. People pooh-pooh them, but I think they’re great. They’re Italian and have a kind of 80s sound. They have orchestral sounds, like a lot of synths did back then, but for some reason, they implemented them in a way that sounds really lo-fi and characterful. Somebody brought out this thing called a therapSID that basically uses a synth chip from a Commodore 64, which is an area a lot people are starting to mine now, and I used that a lot for bass sounds – the SID chip used to make all the game noises back in the 80s. Sometimes 8-bit is great; you want that grainy, buzzy lo-res sound, a place where even a Moog won’t go.