by Will Betts
#Mixing#Production
Features

Under The Hood: Sad In Scandinavia by Seeb

The Norwegian pair famous for their I Took A Pill In Ibiza remix break down their melancholic dancefloor hit. 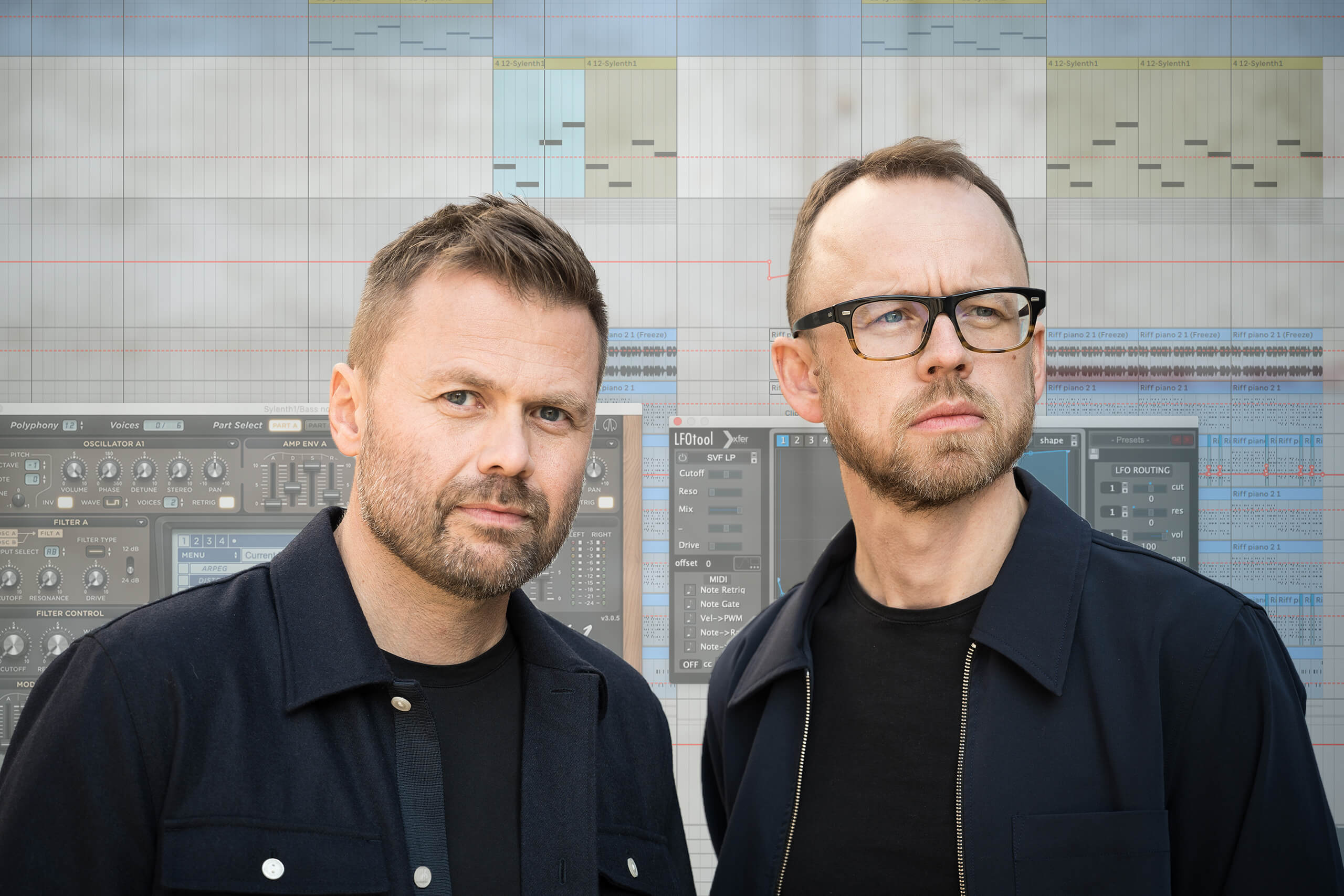 Seeb are a formidable force in the world of production. Following their 2016 remix of Mike Posner’s I Took A Pill In Ibiza – which to date has had in excess of 1.2 billion streams on Spotify alone – the pair were propelled into the spotlight. Their meteoric rise saw them remixing for Coldplay, Bastille, Tove Lo and OneRepublic and garnering hundreds of millions more streams.

With Sad In Scandinavia, the Norwegian production duo (real names Simen Eriksrud and Espen Berg) teamed up with Swedish producer Svidden and Moroccan-English singer Zak Abel. The result was a piano-driven, dancefloor-friendly track that sounds like it was crafted specifically for lockdown life.

In this outing of our new Under The Hood feature, we take a look inside the session files for the track and bring you an insight into the production process, as explained by its makers.

For reference, here’s the track. We’ll be referring back to specific points in the track so you may want to open it up in another window.

Piano/Synth Riff: The piano part is what drives the track forward but it’s far from just being a straight sample. Here we see the folder track with the main piano part in it, and the first virtual instruments used to build it.

Seeb: “This is the folder track with the main piano/synth riff we have going throughout the song. It consists of the main piano part that is rendered down from Pro Tools to audio with effects and stacked as you see here with a myriad of Omnispheres. Each instance is a different sound, triggered by slightly different MIDI but they all go through the same chain with a Nicky Romero Kickstart and some Ableton Echo. Then they and are mixed down through a group with some more Kickstart and Soundtoys PhaseMistress. And at the end, they are even going to the music group that has an Ableton Filter on it.

Seeb explains, “This is the main piano part from the Pro Tools session that came from [co-producer] Svidden. It is basically a type of Korg M1 piano run through two Echoboys, an Air Vintage Filter that rises in the verses and a phaser that comes in on the transitions.”

The bouncy chordal piano part enters at 0.10 with a heavy low-pass filter, to give the vocal space to cut through, but the cutoff is automated to keep the energy building throughout the verse. Compare the piano sound at 0.16 to 0.39, where the filter really starts opening up. On the final two chords, you can also hear the Air Phaser coming in to add more stereo movement.

All the riff tracks together. The piano/synth riffs are all exploded in blue for you to see in the context of the session.

Note the v1 bounce audio near the bottom of the session for reference, and the tempo in the title of that track (113 BPM).

Arpeggios: 16. Rising in volume during the second half of the first verse, at around 0.26, the main arpeggio was built by Svidden on his “insane modular setup”. Seeb explain: “Of course the knobs are not in the same place as they were but that’s the charm with these modular racks. You kind of start from scratch every time and therefore come up with something special.”

Then, to give the modular synth-generated arpeggios extra filter movement and definition, Seeb began doubling the part with softsynths. “The main arpeggio was layered with U-he Zebra and Xfer LFO Tool to add more filter movement and a bit more definition to the original modular arpeggio track,” explain the duo.

Rhodes: The session features a Fender Rhodes, subtly layered with the piano/synth riff. The pair is particularly fond of their “old beat-up“ Rhodes that they restored themselves.

“We use it all the time! Normally we just record it straight into Ableton Live maybe with some phaser on it but this time it was totally dry through the UAD Apollo preamp. Then we added a bit of UA Dimension D and even a UA Brigade Chorus [based on the Roland CE-1] here and there to give it a bit more life.”

Strings: Seeb: “The strings we used are pretty basic. It’s a Nexus patch called Soft Orchester which adds some of the thickness and sounds awesome on songs that need those big stacks. Then we got more articulation and voices from the NI Session Strings and the String Ensemble instrument from the old Kontakt stock library.”

“These three work really well together and we use them all the time. We basically run all three through the String bus with a bit of high boost EQ [see bottom left of the above screenshot] and then print down to one track.”

Bass: Seeb: “On bass, there was Svidden’s great Hoover bass mixed with this aggressive saw patch we have used for a long time from Sylenth. It’s run through the LFO Tool – which is our favourite sidechain plug-in – and some EQ.”

LFO Tool is in place of sidechain compression, ducking at the start of every beat. You can see this shape in the plug-in UI above.

Vocals: Things get less organised in the session once the vocal recording starts, according to the producers. “It’s a typical messy vocal folder with a lot of stuff going on in automation and clips. We normally keep things pretty tidy at the end but it’s often a big mess while we are working,” the duo says.

They stay tight-lipped about their vocal processing chains, letting on only that they “never use the same plug-ins on vocals.” Examining the tracks, though, we can see that the chorus vocal in red has a double, which is joined by another double for the second rotation.

Drums: When it comes to drums, Seeb kept things simple. “It’s very basic in the drums department on this song, and that’s kind of what made everything fall into place. It’s mainly based around a hybrid 909 kick and a 909 open hat,” they say.

Whole track: In overview, we see how many textural elements are used. The KSHMR Natural Ambience region in yellow is taken from the Sounds of KSHMR sample pack on Splice, and it’s integral to the feel of the track, containing the rain and thunder sample that sets the scene for the song. Another subtle but evocative layer of ambience is the Children Playing texture in pink that fades in at 0.18.

From this zoomed-out perspective, the Ableton Live session looks pretty straightforward and organised, but that’s just a function of the software’s organisational tools. “We love how easy it is now to group and hide stuff in the Live window – it makes it so much easier to work,” says the duo.

Seeb’s latest track, Don’t You Wanna Play was released on 3 July. Stay up to date with Seeb via seebmusic.com, their Instagram, YouTube and Spotify.