by Andy Jones
The Orb
#Artist/Producer/DJ

The Orb Interview – Adventures of The Orb 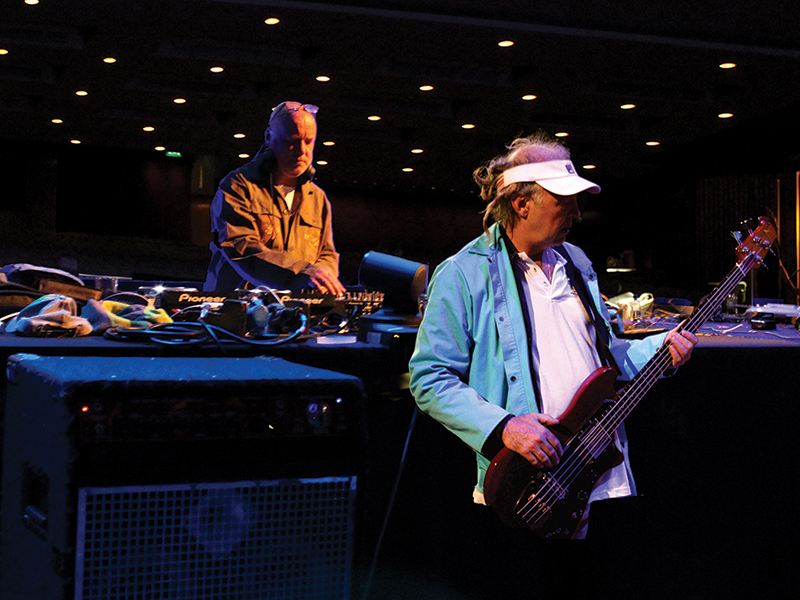 Alex Paterson and Martin ‘Youth’ Glover are celebrating 30 years of The Orb with a world tour and even their own Orbfest festival. We catch up with them on the road to recall – or try to – three decades of chilled music making and Adventures Beyond the Ultraworld…

Alex Paterson and producer Martin ‘Youth’ Glover are together again as The Orb, celebrating 30 years of the ambient/chillout band that started life in the late-80s as the perfect antidote to rave music.

Paterson has been the only permanent member of The Orb during that time and achieved his greatest success with singles such as Little Fluffy Clouds and the albums UFOrb and The Orb’s Adventures Beyond the Ultraworld. While The Orb were famous for sampling and creating great washes of synthetic and dubby sound, it was Youth who assumed a more studio-based role and he went on to find enormous success in the world of music production. After playing bass in Killing Joke, and throwing himself into record label management, he become a world-renowned producer for the likes of The Verve (Urban Hymns), Embrace, Beth Orton and Pink Floyd (he co-produced their final album Endless River). He has also remixed and collaborated with many other artists including U2, Kate Bush, Paul McCartney and Guns N’ Roses.

Alex and Youth reunited to celebrate 30 years of The Orb at this year’s Orb-Fest alongside Leftfield and Ulrich Schnauss and are currently on tour supporting the band’s fifteenth studio album, No Sounds Are Out Of Bounds. We caught up with them on the road for some Orb recollections…

Tell us about when you met for the first time

Alex: It was at school in north Oxfordshire in 1974. We used to listen to the same music back then.

Youth: Yes, he was my prefect but luckily we bonded over music. Alex was into the album Muscle Of Love by Alice Cooper and also King Crimson. I was more Floyd and Zep. Later that all broadened out to reggae, dub, NYC early 80s electro and hip-hop.

When did you start dabbling with music production?

Alex: It was when I was 15. I had a band in Thornton Heath. We tried to sound like The Faces and The Who. It only lasted about six months.

Youth: I was 17 when [Youth and Jimmy Lydon’s band] 4 Be 2’s One Of The Lads came out. John Lydon produced it. He fell asleep when it came to the mix so I stayed up until 2am with the engineer running off dubs. That was the start, then I did Killing Joke’s first two singles with the same engineer but I suppose Alien Sex Fiend’s Ignore The Machine was the first proper full production and mix credit.

Give us an idea of the gear you were using or what kind of equipment you had access to back then?

Alex: Mostly Shure mics – I was shouting back then.

Youth: Early on it was analogue tape, pre-MIDI in the late 70s. I then got my first sampler and an Atari, and then around ’86 it kicked off.

How were you producing with it back then? Was it a difficult process?

Youth: I loved it. I had programmed Fairlights for another studio but could never afford one. Then the Atari came in and suddenly everything was possible.

You were very much involved in the ambient/dub scene at the time of the Orb and beyond? Who inspired that direction of music for you?

Youth: Trevor Horn was a big one, Conny Plank and Giorgio Moroder, but really of the acid house era it was Marshall Jefferson, Fingers Inc, Larry Heard and a lot of Detroit techno (without the beats).

Were you aware how influential that whole ambient/trance movement was during the early nineties?

Youth: I’m always too busy looking forward to look back, then and now.

How do you look back at that time now? What were the highlights?

Alex: Top Of The Pops; Glastonbury ’92, ’93 and ’97; Woodstock 2; the 40-minute single and 20-minute ambient tunes; John Peel Sessions 1, 2 and 3; the Nimes Arena; the Copenhagen ‘Trekkoner’ weekend; and Liquid Rooms in Japan with System 7 and Orbital. All fine memories that bring a smile to my face.

Youth: Very important and fantastic, fun-filled days and nights. Goa took it all much further and I had a residency in Twylo and The Tunnel in NYC in the mid-90s and that was off the scale!

Alex, tell us about Orbfest – You had some big names like Leftfield come along to celebrate your 30 years in the business…

Alex: It was a great success. System 7 were there and wow! They co-wrote two tunes on Adventures… and the rest is history. Leftfield are old mates from way back.

How does your music production work now and how much has it changed over the years?

Alex: A laptop and the same as it ever was.

Youth: I’m more confident and so work faster now. I now use Logic Pro X and lots of outboard and guitars. Now it’s a mix of analogue and digital and it’s never really been better.

Is it now too easy to produce compared to those older days? Were those limitations better for creativity?

Alex: That’s a big question. Use Shazam and hide your samples that way! 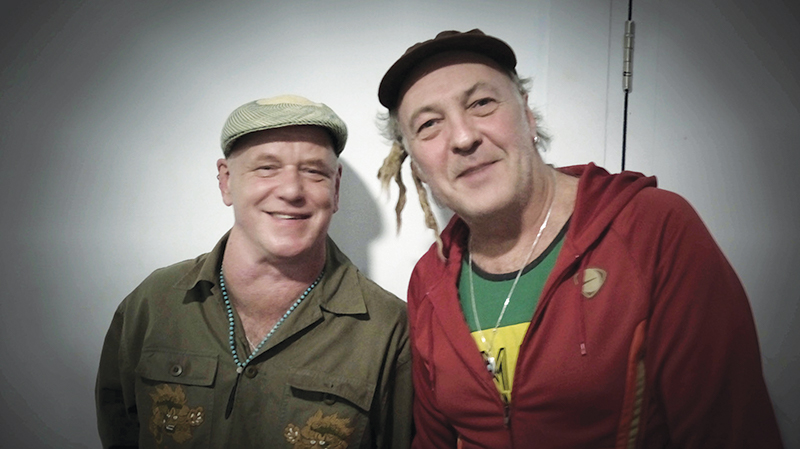 Youth, you’ve also been involved with some incredible productions over the years. Which ones stand out as your main achievements and why and which would you say were less successful?

Youth: Yes I’ve been very lucky and I’ve worked very hard to get this good. The one I’m on is always my favourite but the failures are important as you learn more from them than your successes.

Youth: The main reason I started my record labels and still run three or four is to collaborate with artists and work on projects. My latest label is Painted Word. We’ve just released the new Roger Eno album Dust Of Stars on vinyl. It’s a huge thing for me to be able to do this, which success allows me to do.

Is there anyone else you’d like to produce or work with?

Youth: Dylan, Air and the Stones. No explanation necessary!

What have you got planned in the future in terms of productions and collaborations?

Youth: A Nik Turner album on Painted Word; an artist called Violeta Vici; a U Roy album with Sly and Robbie; hopefully a new Hypnopazūzu album with David Tibet; an artist called DF Tram on Liquid Sound Design records; and I’m also writing with Blue Pearl and Holly Johnson at the moment.

The Orb are currently touring the UK with further dates in the US and Europe. More details from www.theorb.com