Our weekly artist interview series, in association with ReverbNation, continues this week with a chap by the name of Brian Hazard – better known to his audience as Color Theory.     The prolific synth artist has written, performed and produced eight albums, eight EPs and a collection of demos, his work has appeared on […] 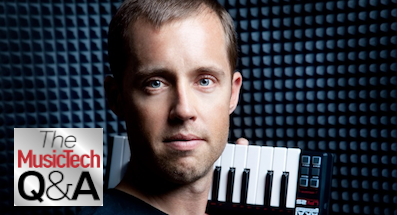 Our weekly artist interview series, in association with ReverbNation, continues this week with a chap by the name of Brian Hazard – better known to his audience as Color Theory. 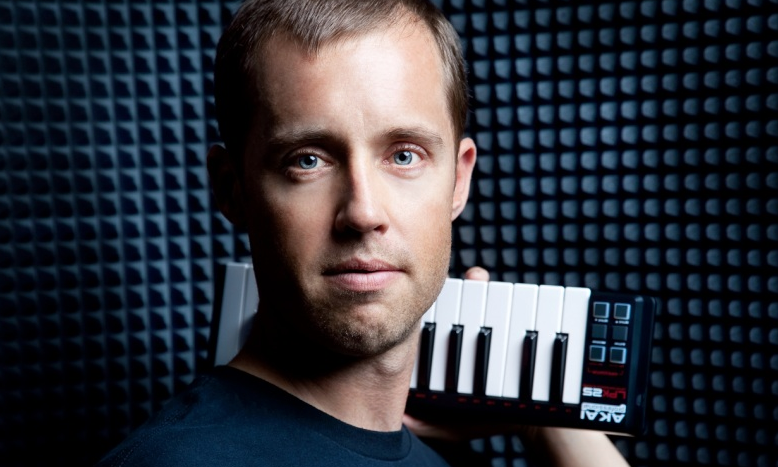 The prolific synth artist has written, performed and produced eight albums, eight EPs and a collection of demos, his work has appeared on MTV shows including Styl’d and The Real World. As well as the internationally popular video game Rock Band. Brian is the sole member of Color Theory, creating 80’s tinged synth pop with a sound reminiscent of Depeche Mode, OMD and the Pet Shop Boys.

He has won the highly acclaimed John Lennon Songwriting Award for his work and has received widespread acclaim from various sectors of the musical landscape. We caught up with Brian to chat about his career, recording techniques and his future plans..

How did you first begin writing music, and who were your early inspirations?

Depeche Mode all the way. They inspired my first music purchases, and as I got older, my first music equipment purchases. Mainly synths, as you’d imagine. While I enjoyed the music of their contemporaries as well, no one else could match the depth of their soundscapes. I never knew how they got those sorts of sounds, and had to find out.

Around age 13, a friend inspired me to take up the piano. I played piano in the high school jazz band, mallet percussion in the drumline, and went on to earn a degree in piano performance. I recorded several songs on cassette 4-track, but nothing worth hearing. Basically one-take vocals with pretentious lyrics.

Which of your releases do you feel the most proud of creatively?

Probably my latest full-length, The Sound. It’s certainly the fan favorite. The songwriting on my prior album, The Thought Chapter, is at least as good, while the production quality of my latest EP, Adjustments Pt. 1, is better. I’m even more excited about the next one! 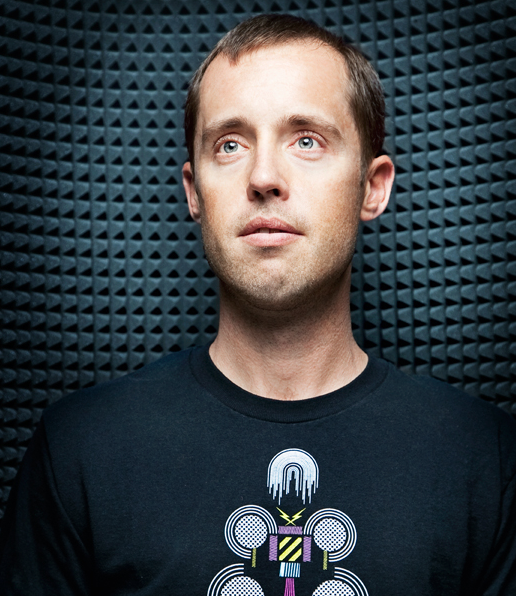 Do you have a favourite synth, or one specifically that you use prevalently?

I’m not one of those guys that says this synth is great for bass, this one for leads, and so on. It seems to me that plenty of synths can produce most of the sounds I’d want to use. In fact, I used a Yamaha An-1x exclusively for three albums. These days, I’m all softsynths, mostly Sylenth1 and Massive.

Your vocal stylings have been compared to Martin Gore of Depeche Mode, how do you feel about such comparisons?

It was very flattering for the first ten years or so. I mean, it’s only natural, as I grew up with Martin as my favorite singer, and sang along with the recordings incessantly. There may even be a hint of a British accent on my first album. But if you compare my last few albums to the last few Depeche Mode albums, I just don’t hear it. Still, I take it as a compliment, because it almost always comes from fellow lifelong DM fans.

What software do you use primarily for production purposes?

Ableton Live. I use maybe 50% of its features, versus 10% with Cubase or Logic. There’s a bit of a learning curve, but once that’s overcome, the workflow is fantastic, and it’s inspiring creatively as well.

How do you go about creating a track from scratch, do you write in-studio or does it happen much more organically?

I used to sit at the piano and write the songs first, but the result tended to be, as one reviewer pegged it, “an album of ballads.” For the past few years, I’ve started each track with some sort of production hook. I flesh out the first minute or so instrumentally until I’ve got something that motivates me to write a song around it.

How did it feel to win the prestigious John Lennon Songwriting Contest?

Surreal. The head of the contest called me on the phone, and I wondered if it was some sort of prank. I didn’t have any advance notice that I’d made it past the entry stage, so winning out of the blue seemed suspicious. So I was cautious at first, but obviously it panned out. Through the contest, I won Ableton Live (I was using Cubase before that), the stage piano I record my piano parts on, CD replication for The Sound, and lots of other gear. Some of it I still use, and some of it I eBayed.
How often do you perform live, do you feel it’s important to be out and about gigging? or do you think things have changed?

I’m strictly a recording artist. Despite getting a degree in piano performance, gigging doesn’t excite me. I played most weekends for a few years because I felt like that’s what you had to do, but I never really enjoyed it.

For the most part, I don’t care for others’ live shows either. First off, I don’t need the hearing damage, as I’m a mastering engineer by day and need to protect my ears. But beyond that, the thing I love the most about music is the production. I’d much rather relax on the couch with a set of headphones. 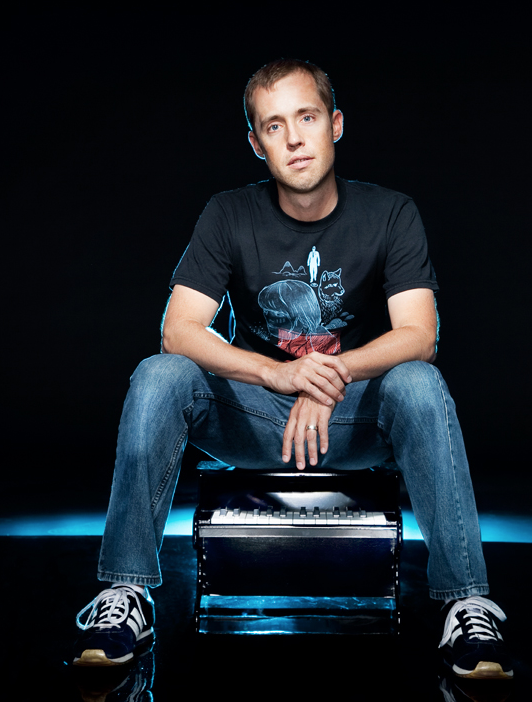 What do you think has been the highlight of your career so far? Having music featured on the popular game Rock Band and MTV shows Styl’d and The Real World must have been great for exposure.

Rock Band definitely was! I had two songs in the game, and it brought in a bunch of new fans who experienced my music in really special way. When you break out the individual parts like that and see how they relate to the whole, it creates a deeper appreciation for the song. Or a deeper annoyance! I played quite a bit myself, mostly on drums, and a few of those classic rock tracks really got on my nerves the hundredth time around.

The MTV features don’t bring in new fans that I can tell, but they can pay pretty well depending on how the music is used. I’m not a fan of reality television, or really television in general, but those shows are addicting! I’ll start watching an episode to hear how my track fits in, and start the next one up before realizing I didn’t hear my song at all.

I recorded three songs for major video game developer. I’m hoping they’ll announce the game at E3 so I can talk more about it. That and a couple of collaborations consumed most of the year to date. Right now I’m focused on the next EP, Adjustments Pt. 2. After that comes Pt. 3, and then a full length album in 2014 to celebrate 20 years of Color Theory releases.

Thanks for talking to us Brian, You can learn more about Color Theory’s music here