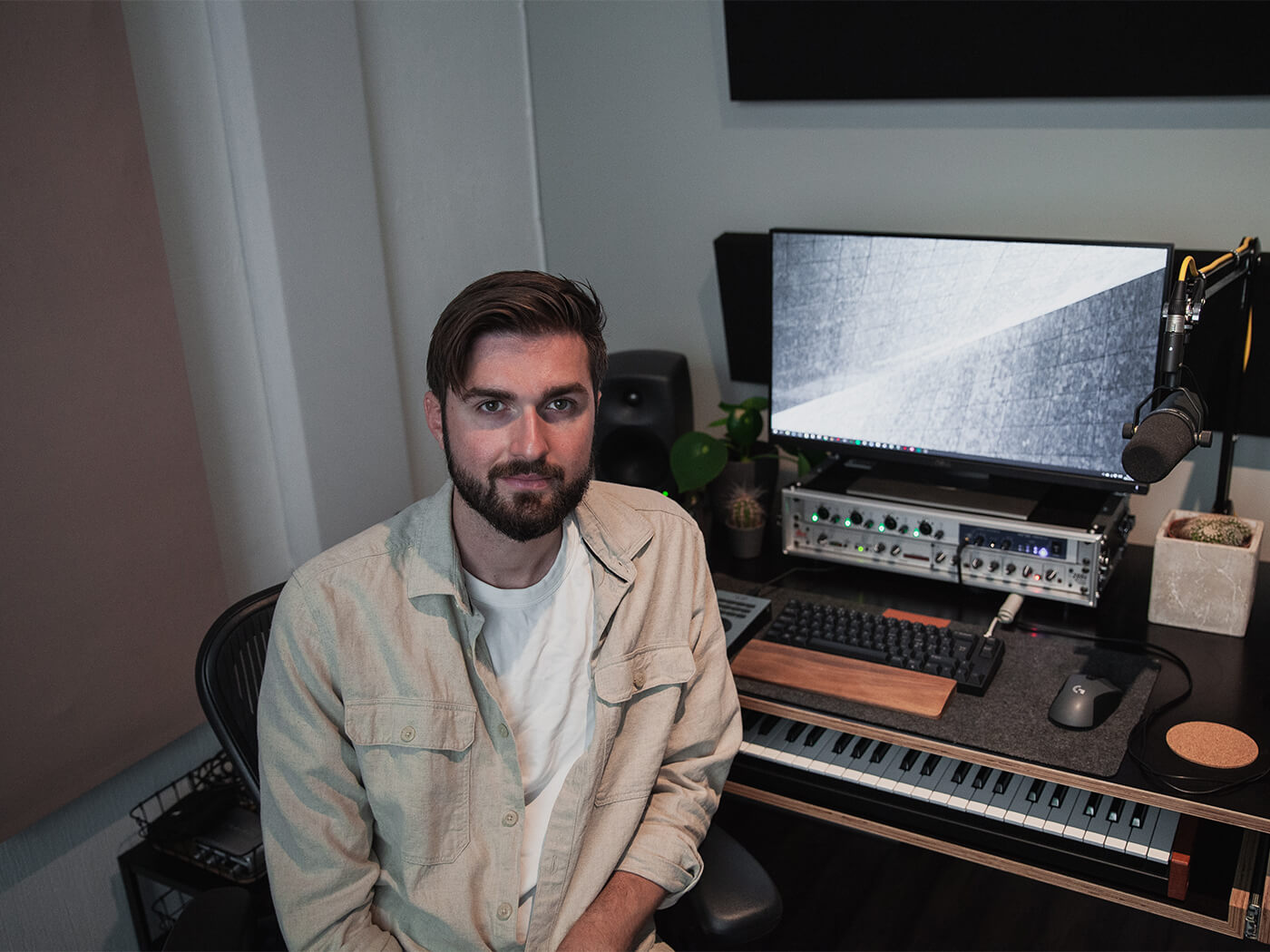 I work as an artist and music producer and have been lucky enough to do so full time since 2013! My main focus is house music but I’ve produced across several different genres like French-touch, nu-disco, tropical house and pop over the years. 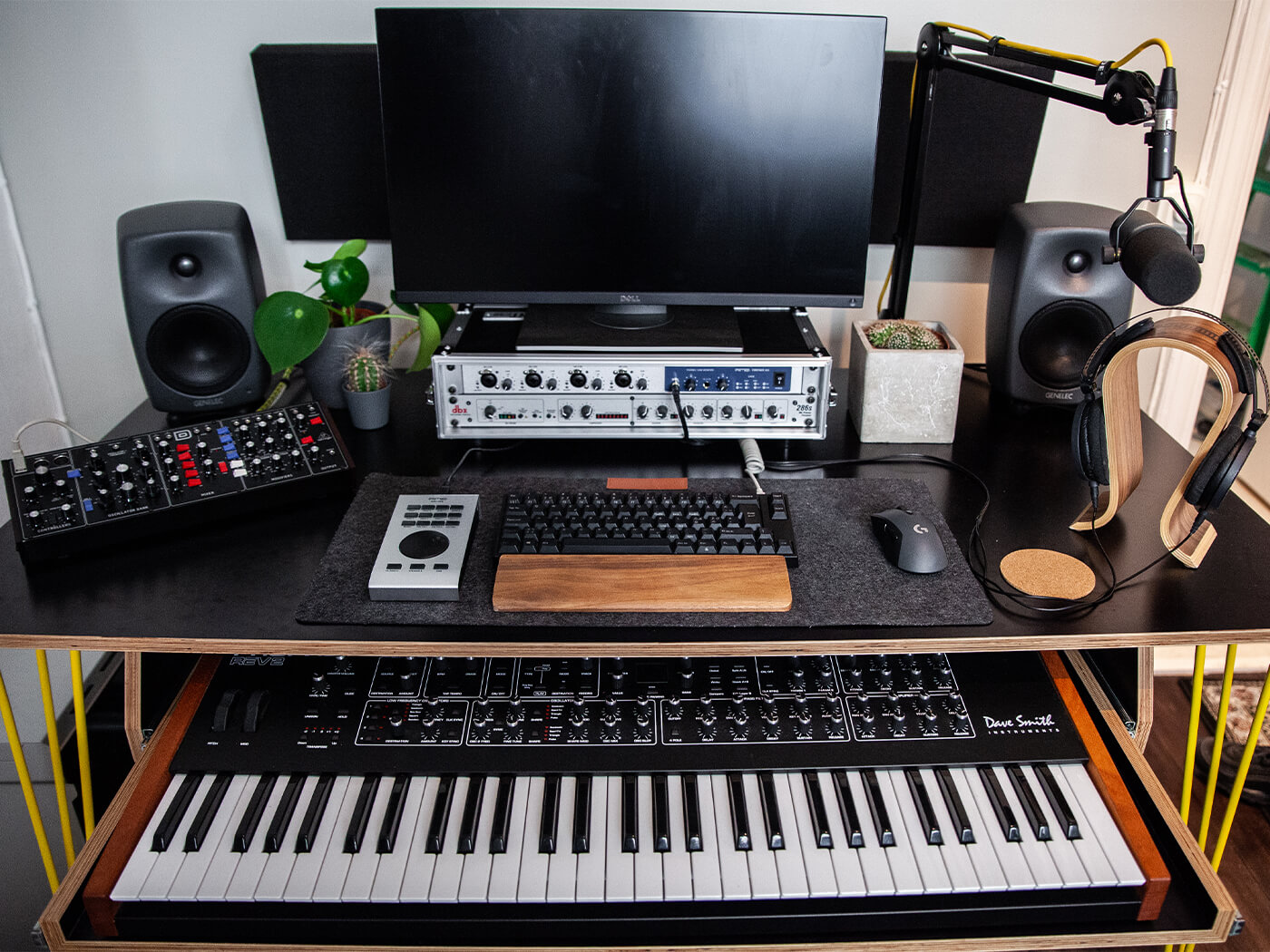 Tell us more about the studio, Tobtok!

I’ve literally just moved into my studio this summer! I’m still waiting for a few things to arrive like a set of monitor stands for my Genelec 8030s but it’s fully functional. It’s located in Stockholm in an area called Södermalm.

Previously, I had a home setup and hadn’t been able to build a dedicated studio-space like this up until now. It is really a big difference as it feels like you’re actually going to work, that’s been something I’ve always missed working as a music producer. 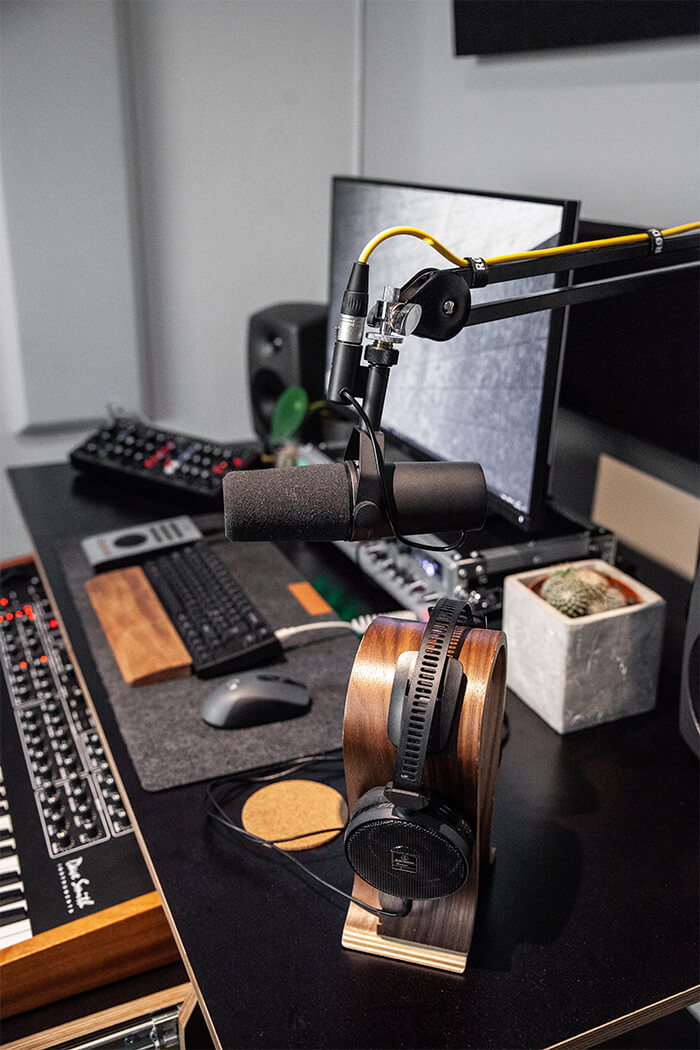 I use Reason. At my high school, there was a small course where you could learn music production and Reason was the main program you learned and it kind of just stuck around for me. I guess that with Reason Studios being a Swedish company they maybe have some kind of deal with some schools to provide software for educational purposes. I think it’s a very fun and graphic program that’s easy to use.

Your setup is pretty minimal – do you intentionally keep it that way, or would you rather have a bigger studio with more gear?

Well, I wouldn’t mind having a bigger space with more gear but, honestly, I usually find it distracting having too much equipment to work with. It’s quite a skill to make stuff work with little means. I’ve been on my laptop and headphones for most of my career and it’s been working well, so I’m quite spartan in that sense. I’ve got the essential things I need and I’m happy with the workflow I have. I think having a fully analogue set up with loads of racks and synths would be cool but would probably slow me down tenfold, and my managers wouldn’t be happy with that [laughs]! 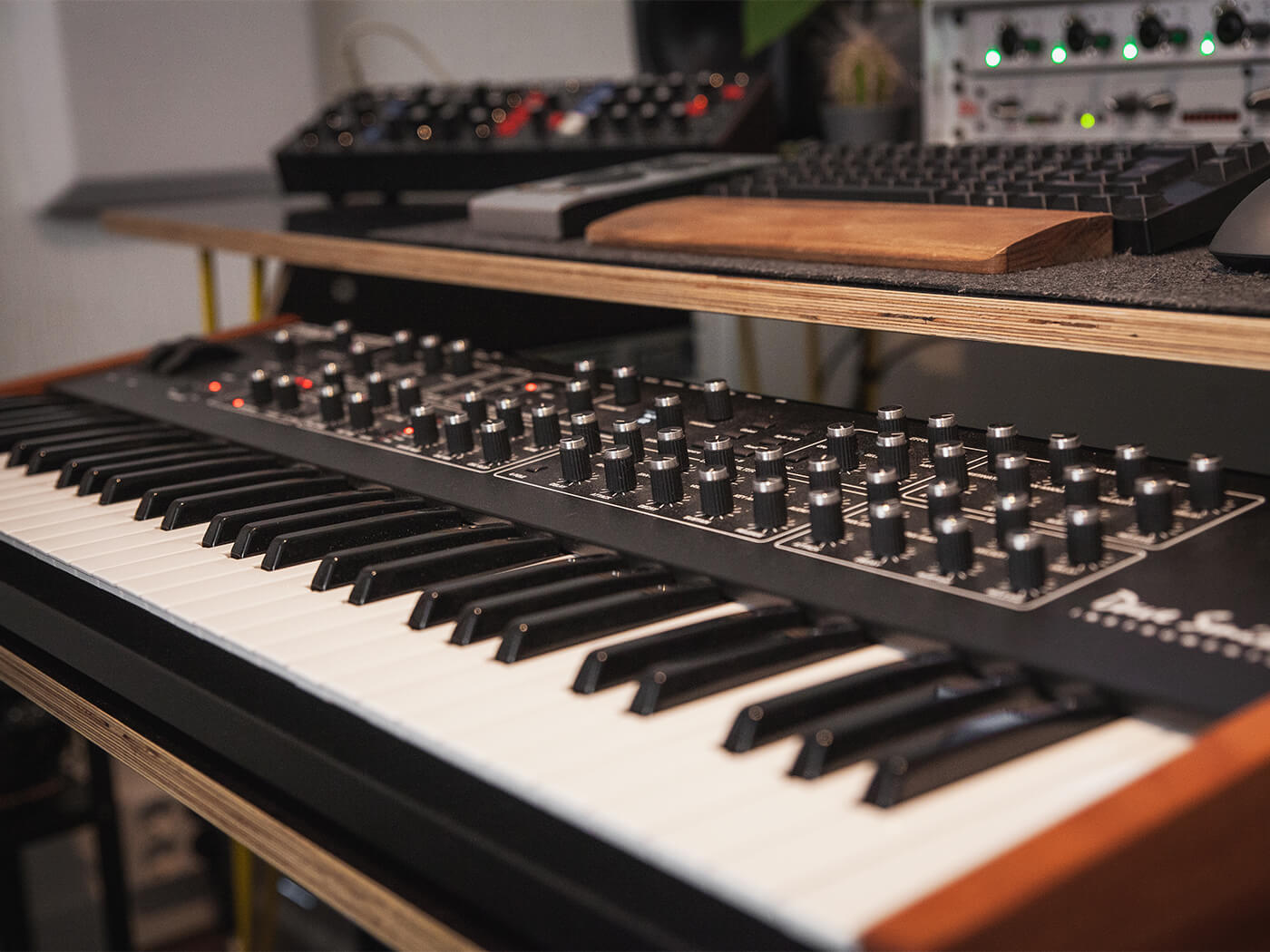 I’ve probably spent the most money on my custom computer which was around $2.5k at the time; it’s the most important piece of hardware in a studio for me. The good thing with a custom-built computer is that you can just replace certain parts when you need an upgrade and tailor it to your needs. My next upgrade will be a better CPU. My most recent investment was to upgrade from a Focusrite Scarlett interface to an RME Fireface 802. I feel like it’s a big step up and the drivers are super smooth! 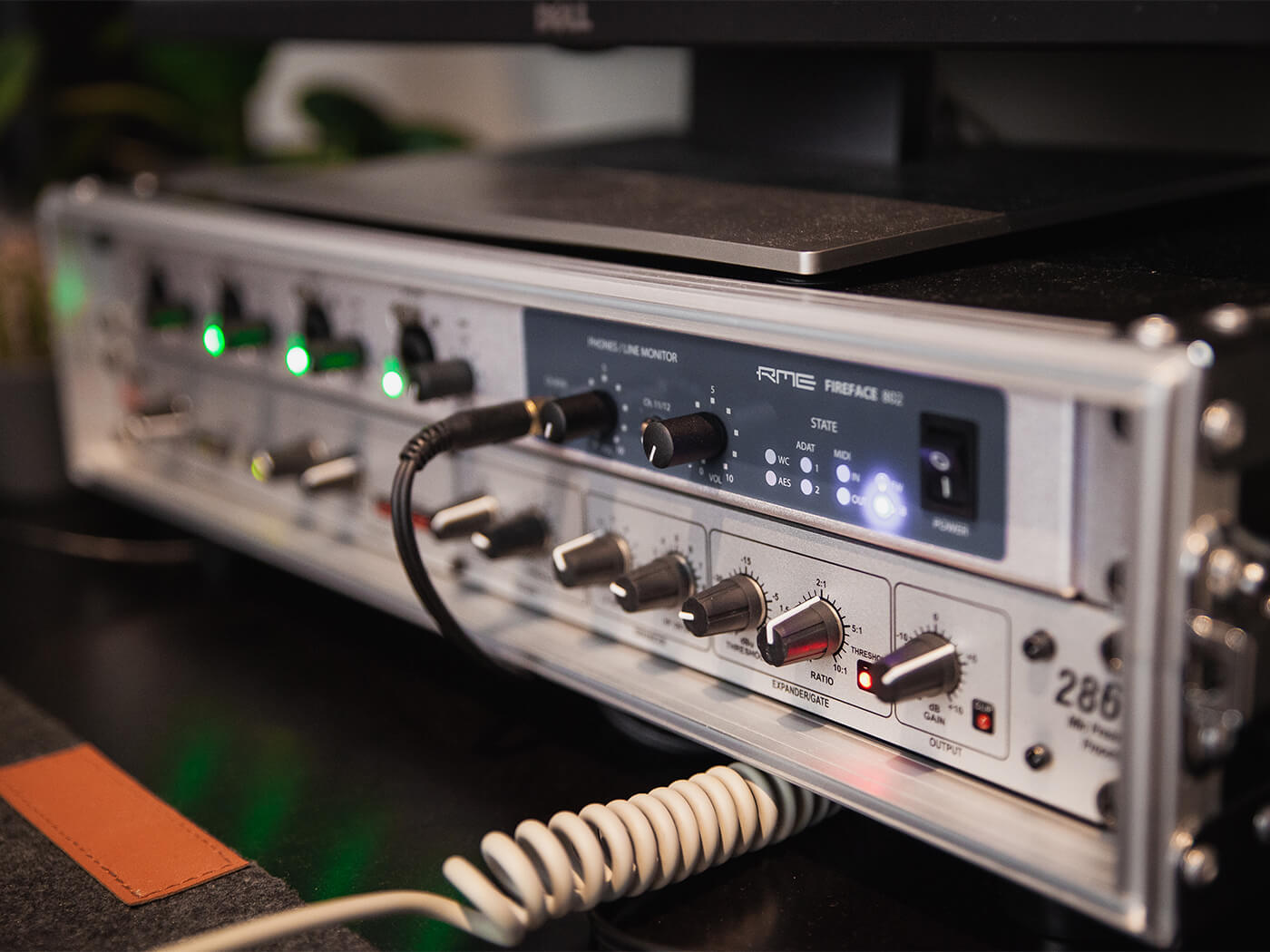 I’m quite flexible as I’ve been mostly working through my laptop at home the last couple of months due to COVID-19, but it’s something special entering a studio. There are fewer distractions and you kind of go into a mindset that you are there to work and nothing else. Also having the proper equipment and monitors makes your work easier. I find sitting with headphones for a whole day really makes your head mushy and results in ear-fatigue.

That’s a tough one. I do have insurance, plus everything essential backed up on the cloud but I still think I would try and save my computer since it would be the hardest to replace!

Actually all the acoustics were there already prior to me renting the room. I know that some of the placement of the panels has a certain function, but some are just placed where there is space available. I might tweak two of the absorbers to be at the first reflection points once I’ve gotten my monitor stands and have placed them correctly. 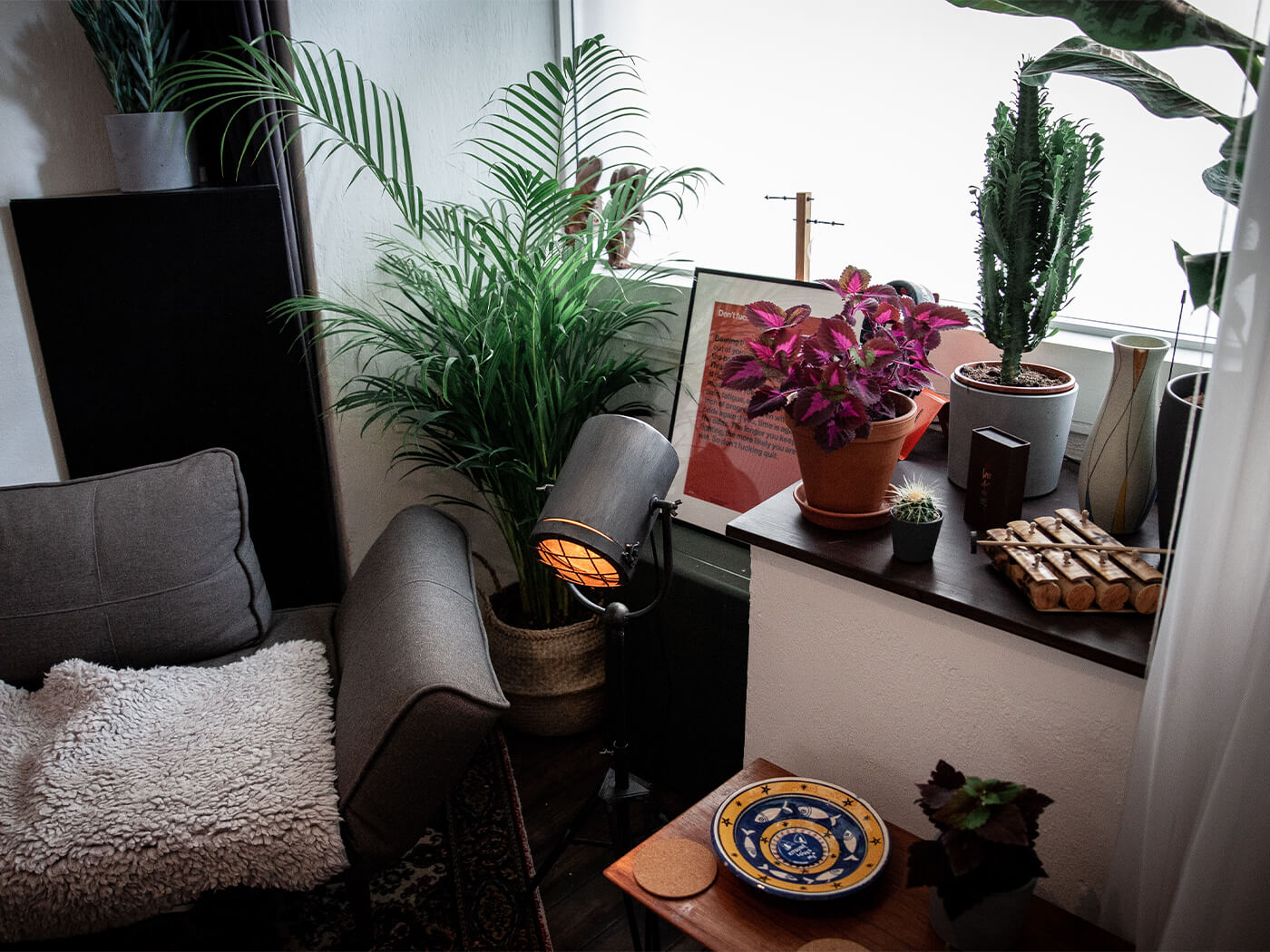 I try to create more of a homely environment here rather than your typical studio ‘den’. I think it makes it easier to be relaxed and also having a window and thus being able to have live plants makes such a difference.

Can you tell us a little bit about the custom-made desk?

I ordered it from a Ukrainian company through Etsy called Patlay Crafts. I had an idea that I wanted a plywood table with a custom tray for my Prophet and yellow legs! So I gave them all the dimensions etc. And they did a great job making it. It feels more fun to have something that’s one-of-a-kind and a bit different rather than just getting something that everyone else has. 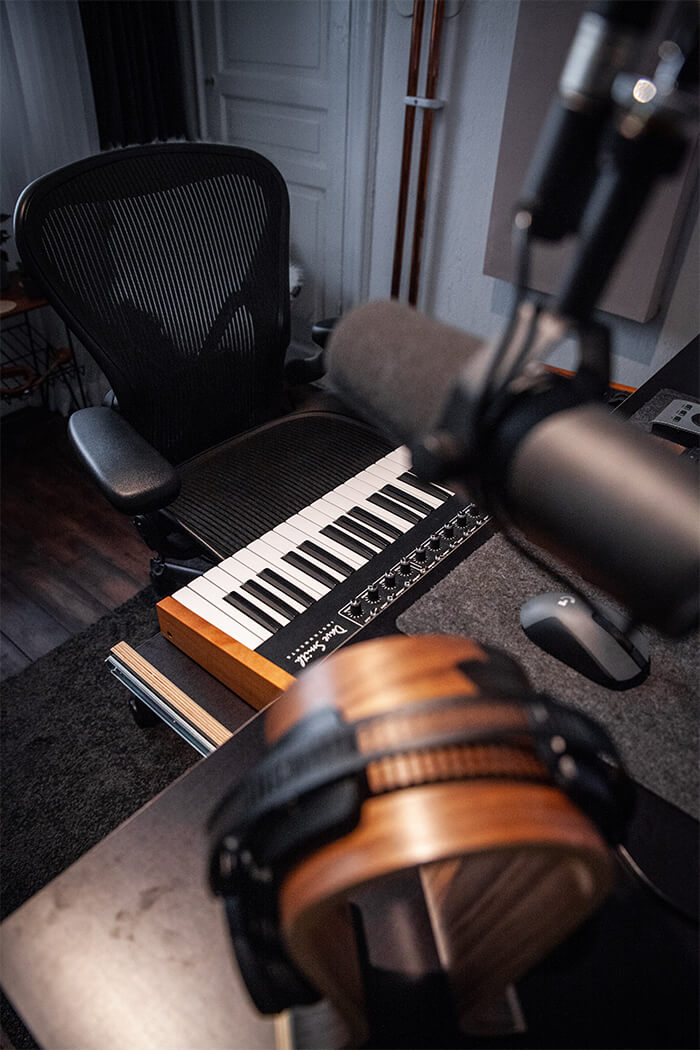 I love my Genelecs. They are really balanced and have a lot of bass for the small size of 5″. I’ve tried a few brands but in my opinion, nothing beats ‘em.

What are some of your favourite plug-ins that you use all the time? 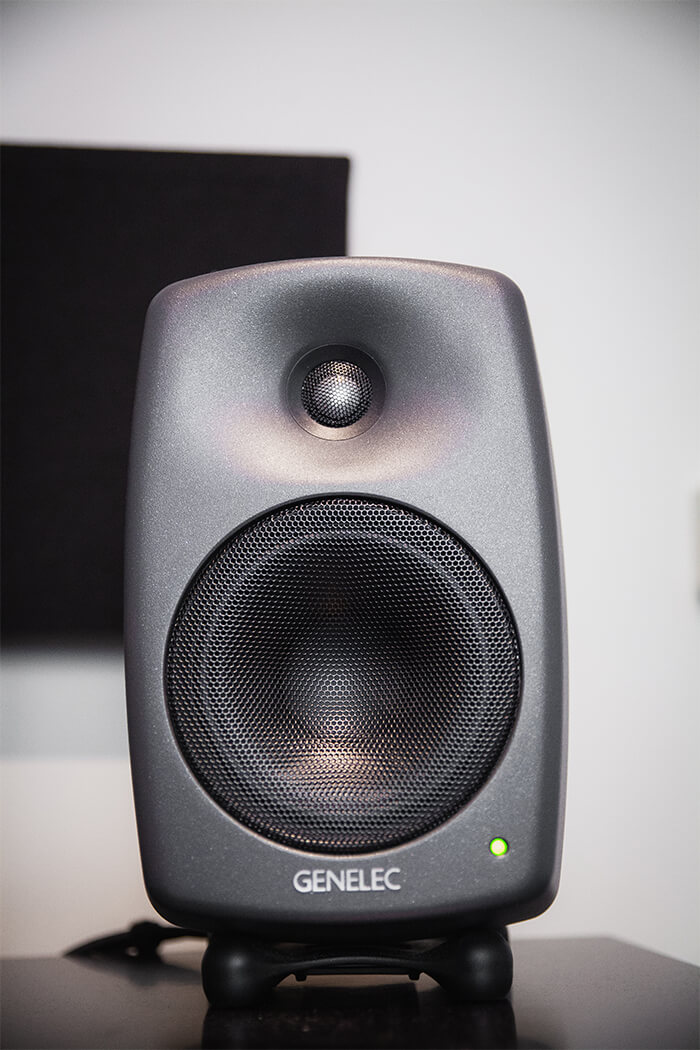 I think my next upgrade will be a 4k screen as I’ve started to do some video editing. I might also get a new pair of headphones like the Sennheiser HD-800s. 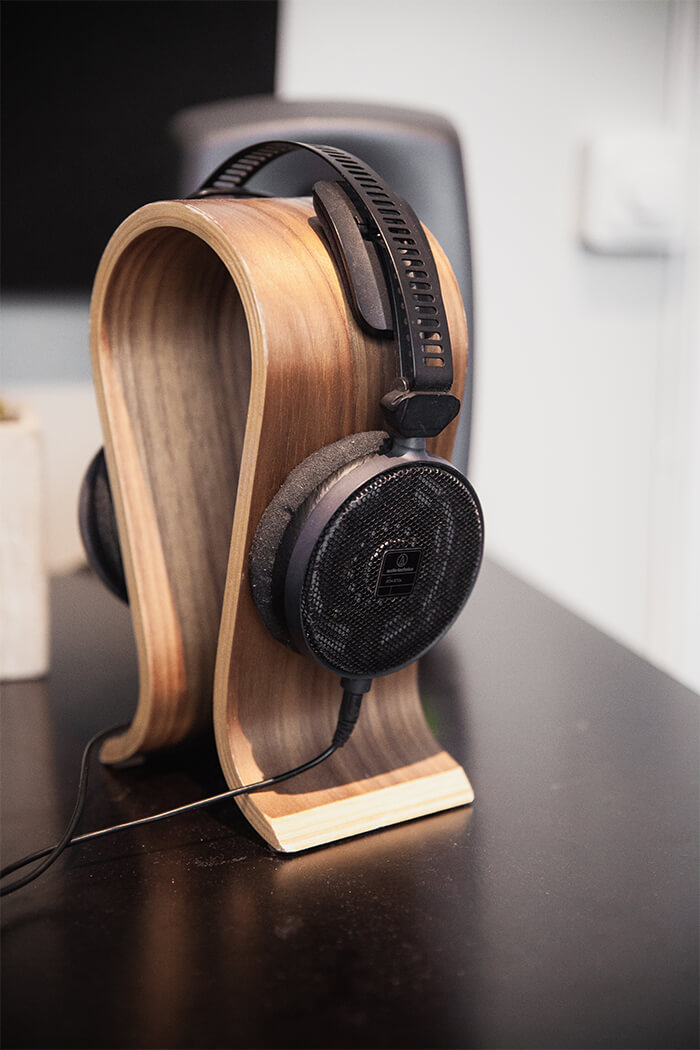 Well, I’m a bit frustrated with the software for RME called Totalmix as it’s a bit complicated and I haven’t quite learned it yet and haven’t gotten the MIDI for my Prophet to work yet! 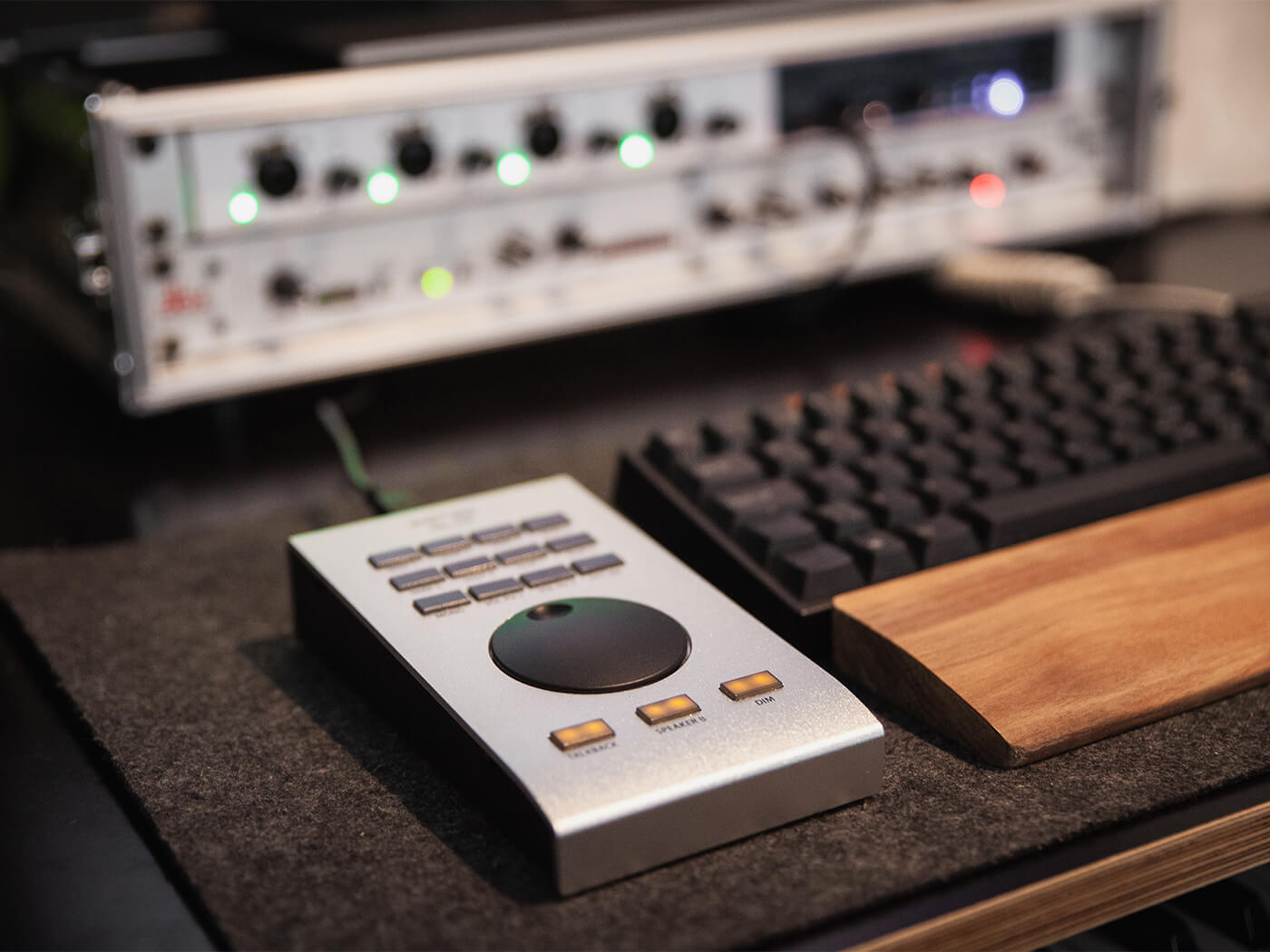 I really want to own a vintage Fender Rhodes. I love the look and the sound of it. I don’t quite have the space for one in the studio but would love to have one at home to jam on.

Learn to finish things and just move on to the next one. You can work on something forever but you will always find new things that you could have done better when looking back at it – that’s just the way it goes. I’ve seen so many people failing in the business just because their output is too low.

Get a decent computer first. 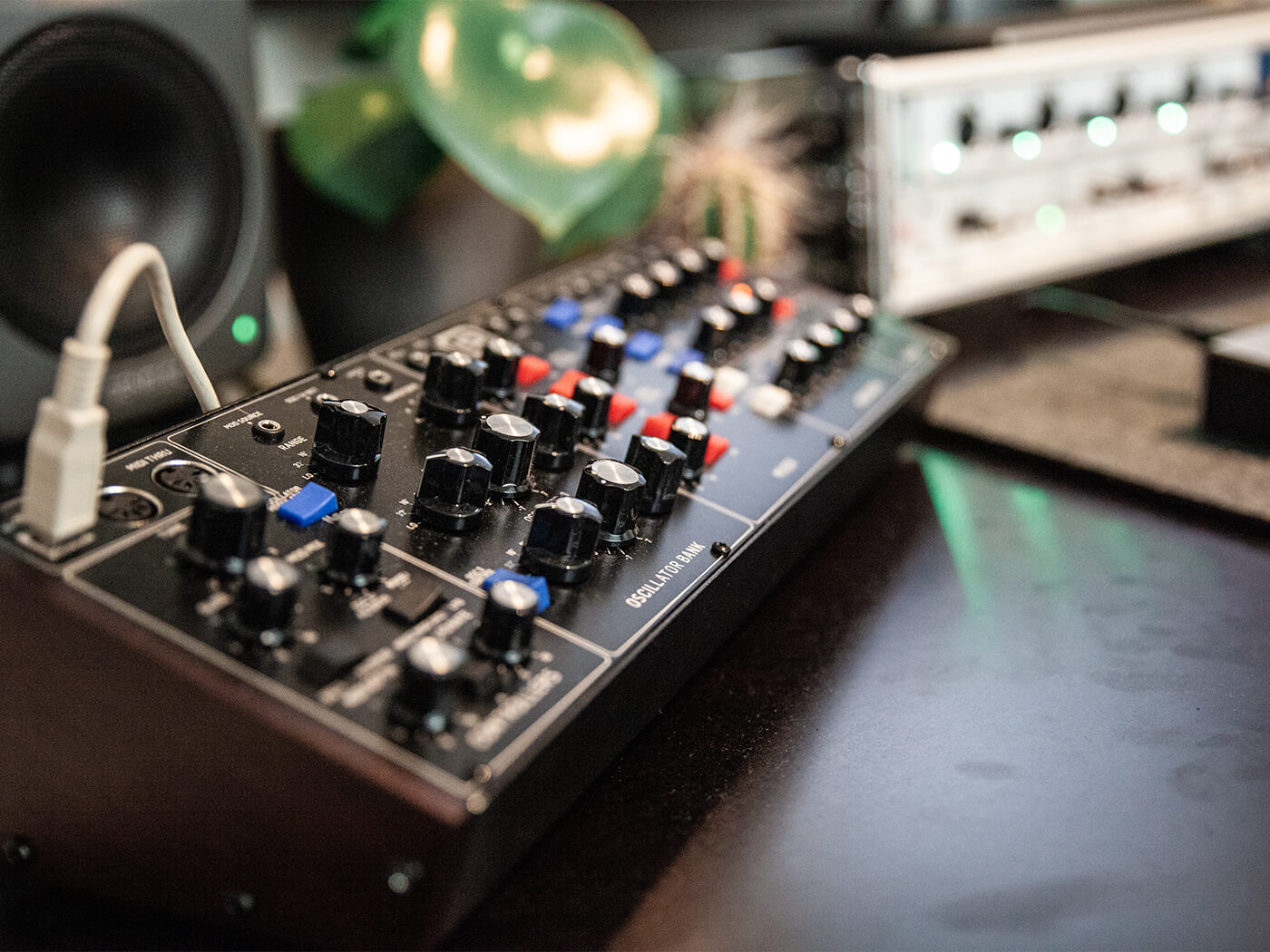