Show Off Your Studio: The Magician shows us why size isn’t everything 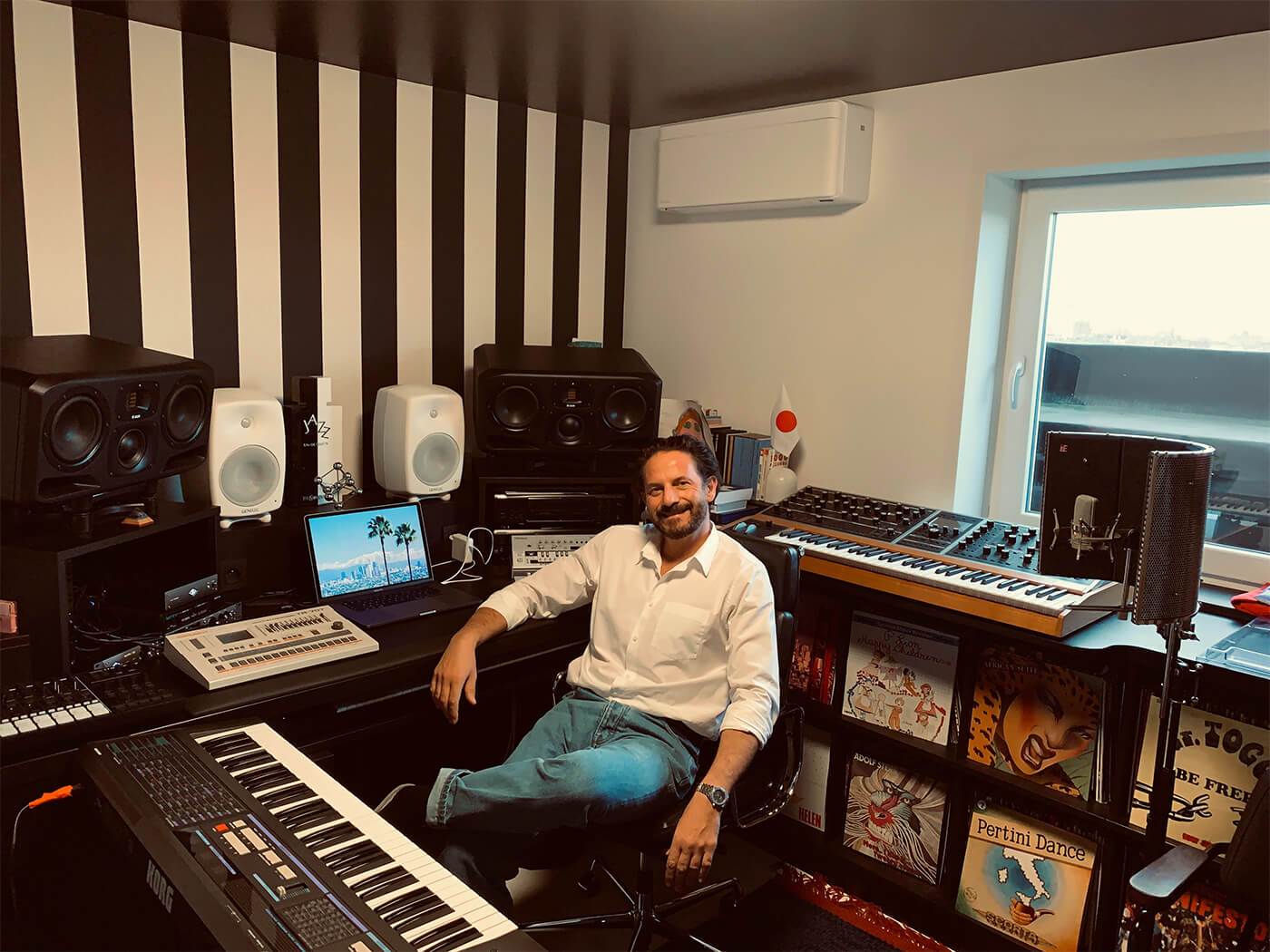 Originally a member of nu-disco act Aeroplanes, Brussels-based producer The Magician achieved mainstream success with his club remixes of Lykke Li’s I Follow Rivers and Clean Bandit’s seminal Rather Be. He’s made magic with Years and Years on Sunlight and a whole host of other artists on the annual The Magic Tapes for 10 years. To celebrate a decade of the series, he’s curated a commemorative compilation for Magic Tape #100, with exclusive tracks from 14 of The Magician’s closest collaborators.

He offered to show us how the magic is made in his Ixelles apartment block with his Moog One, why he yearns for another Roland Jupiter-8 and why his new track is all made with soft synths.

Tell us a bit about the studio, Magician.

It’s located in Ixelles, a borough of Brussels. The studio is on the seventh floor of my building and my apartment is on the fourth. I wanted to have the studio close to where I live. It’s pretty small, measuring 14x2m. It’s a room-within-a-room for sound isolation to avoid disturbing the neighbours. On the left side of the studio is the production set up, on the right side is the vinyl DJ set up. 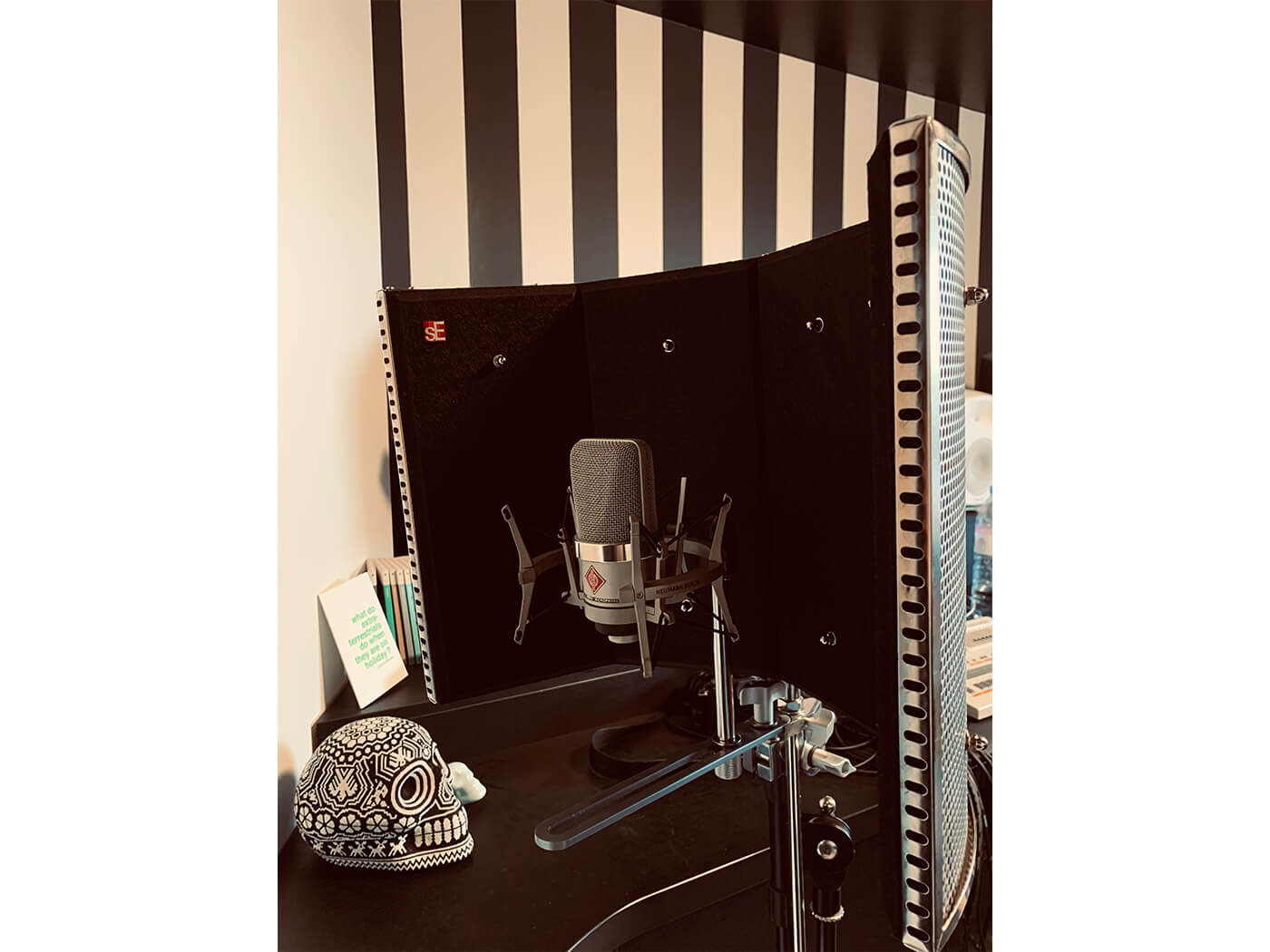 It’s a creative place for production and mixes. I record synths and drum machines and sometimes vocal ideas but that’s it. If I need to record vocals properly or live instruments I go to the ICP studio which is not far from here. It’s the best studio in Belgium.

I use Logic Pro. I got introduced to it in 2010 and then never stopped. I’m too lazy to learn another DAW. I’m happy with Logic anyway. 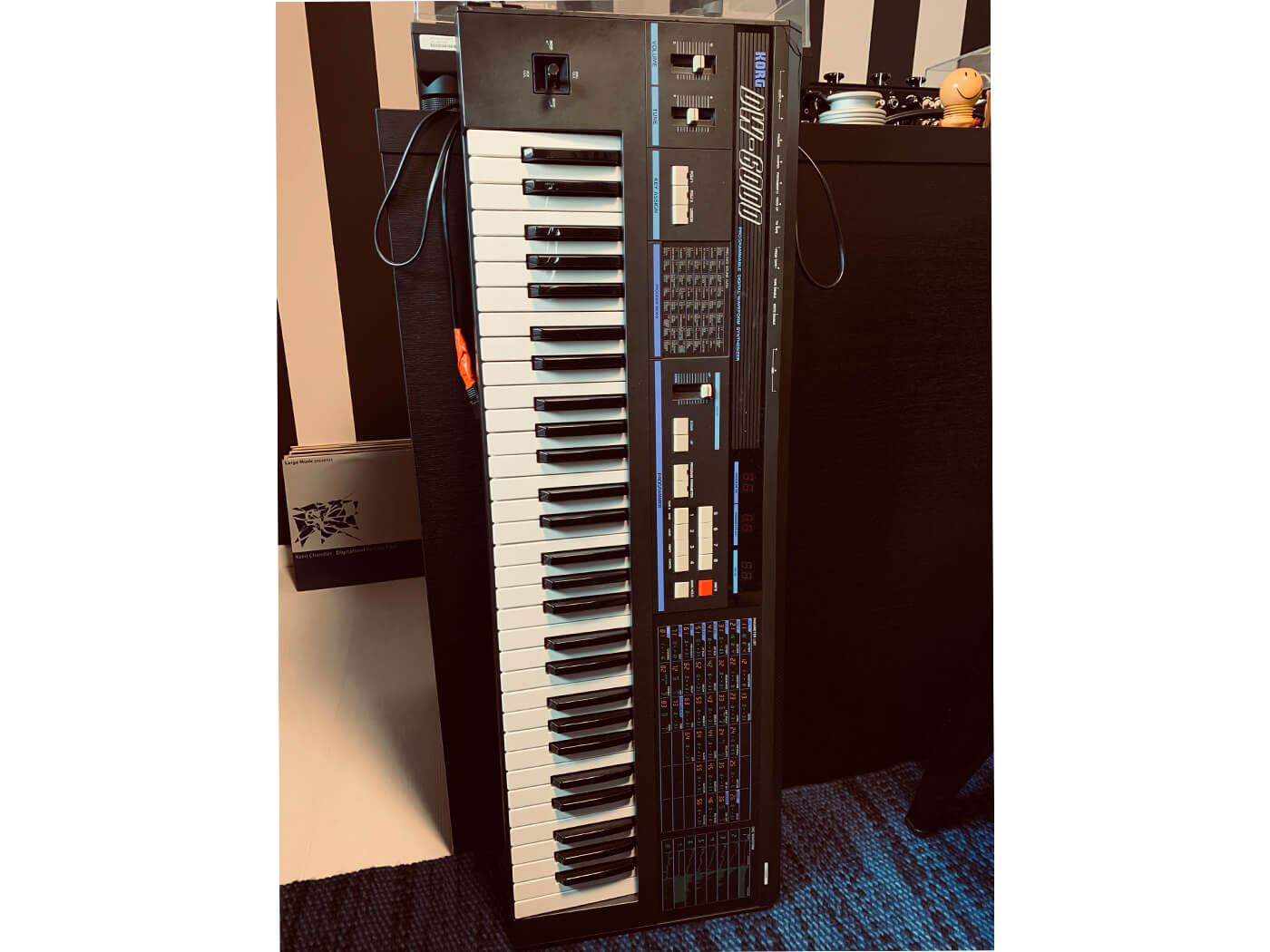 It’s a very relaxing room and the window offers a nice view of Brussels. If I spend more than two hours in the studio, I often open a bottle of wine to help creativity. The sound is very powerful – I like to hear the music loudly to get the chills.

Probably the Moog One. It’s unbelievable how crazy you can go with it. And I use only 50 per cent of its capacity. It’s a real workstation and the centrepiece of the studio. 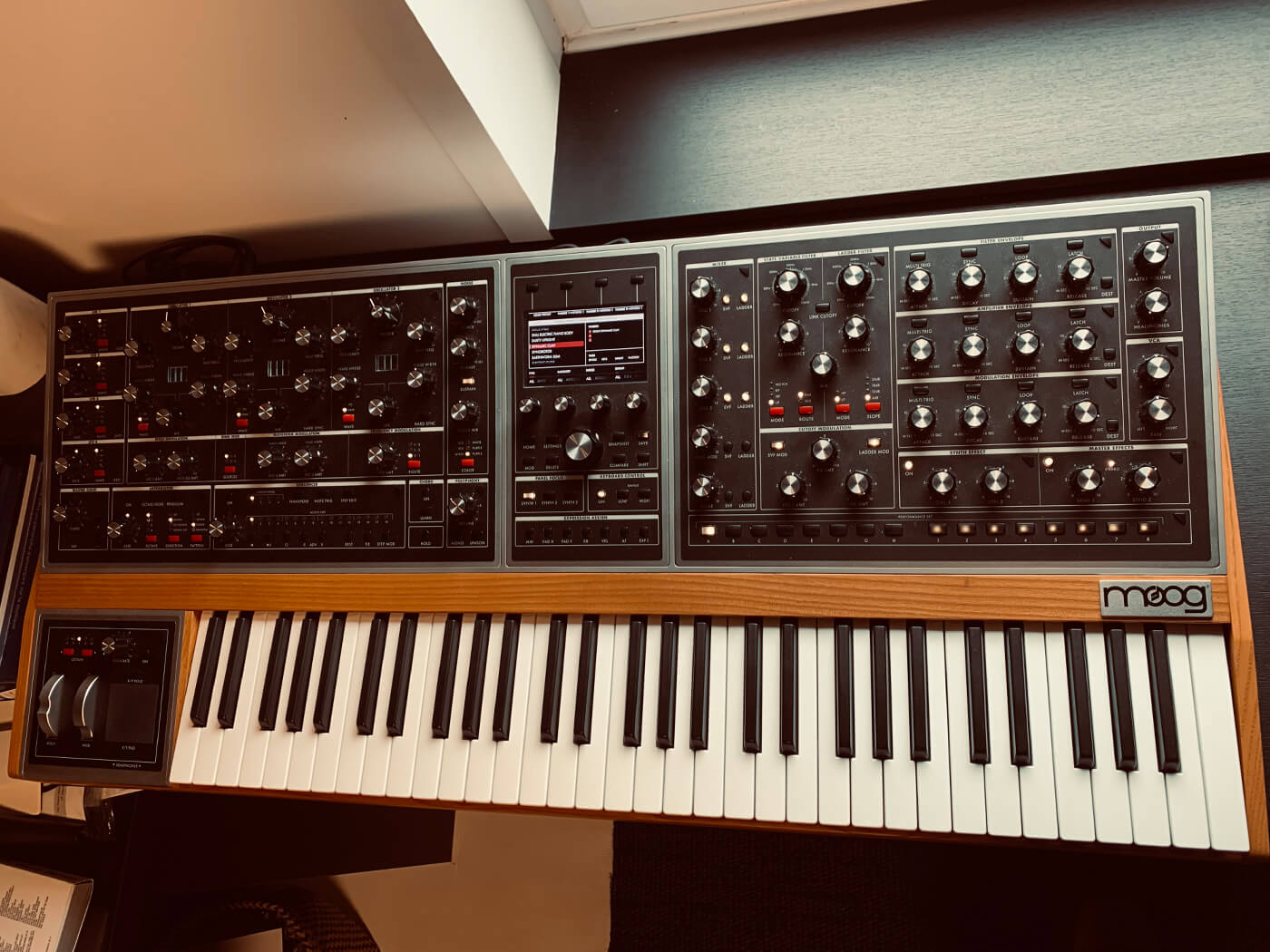 Can you tell us a bit about your rotary mixer?

I wanted a nice set up with an old-school look. But, honestly, I regret it a bit, there are not many functionalities and it’s very hard to use with the music I play. It’s even harder when I’m mixing vinyl. 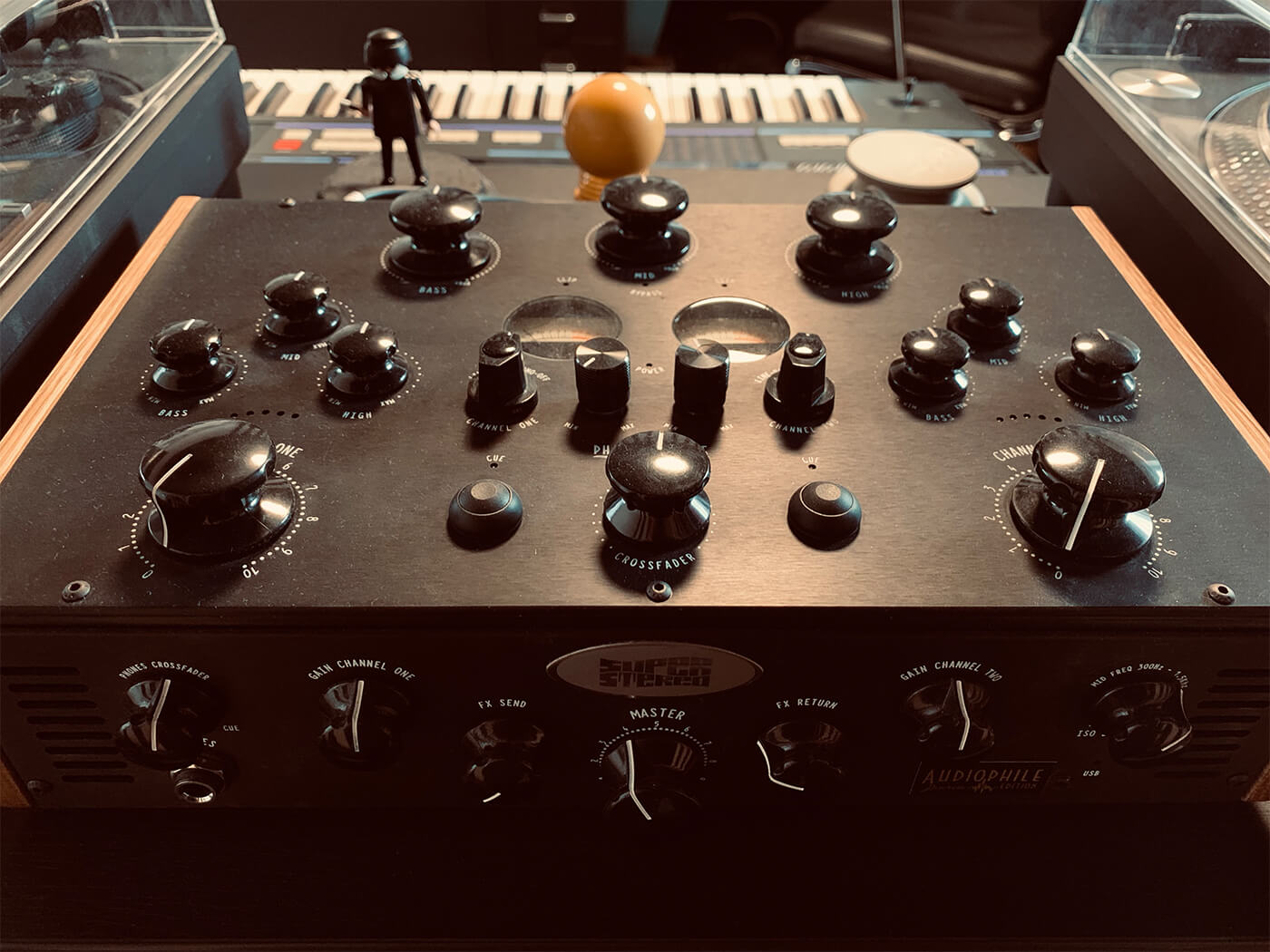 What synth or effect can be heard the most on your new track, One Vibration?

One Vibration was made with software only as I did it on a plane from Frankfurt to Mexico.
I called the instrumental Atlantic. The bass sound is from Korg Mono/Poly, while the chords and melody are from Sylenth and Massive X.

We’d love to hear how you use your Teenage Engineering OP-1. Is it a vital tool in production, a sketchpad, or something else?

I bought the OP-1 because I was intrigued. I use it more in my bed than in the studio. My daughter loves it too. I use it very simply, when I find a cool sound I record it and have fun with it. But I need to dive deeper into it. 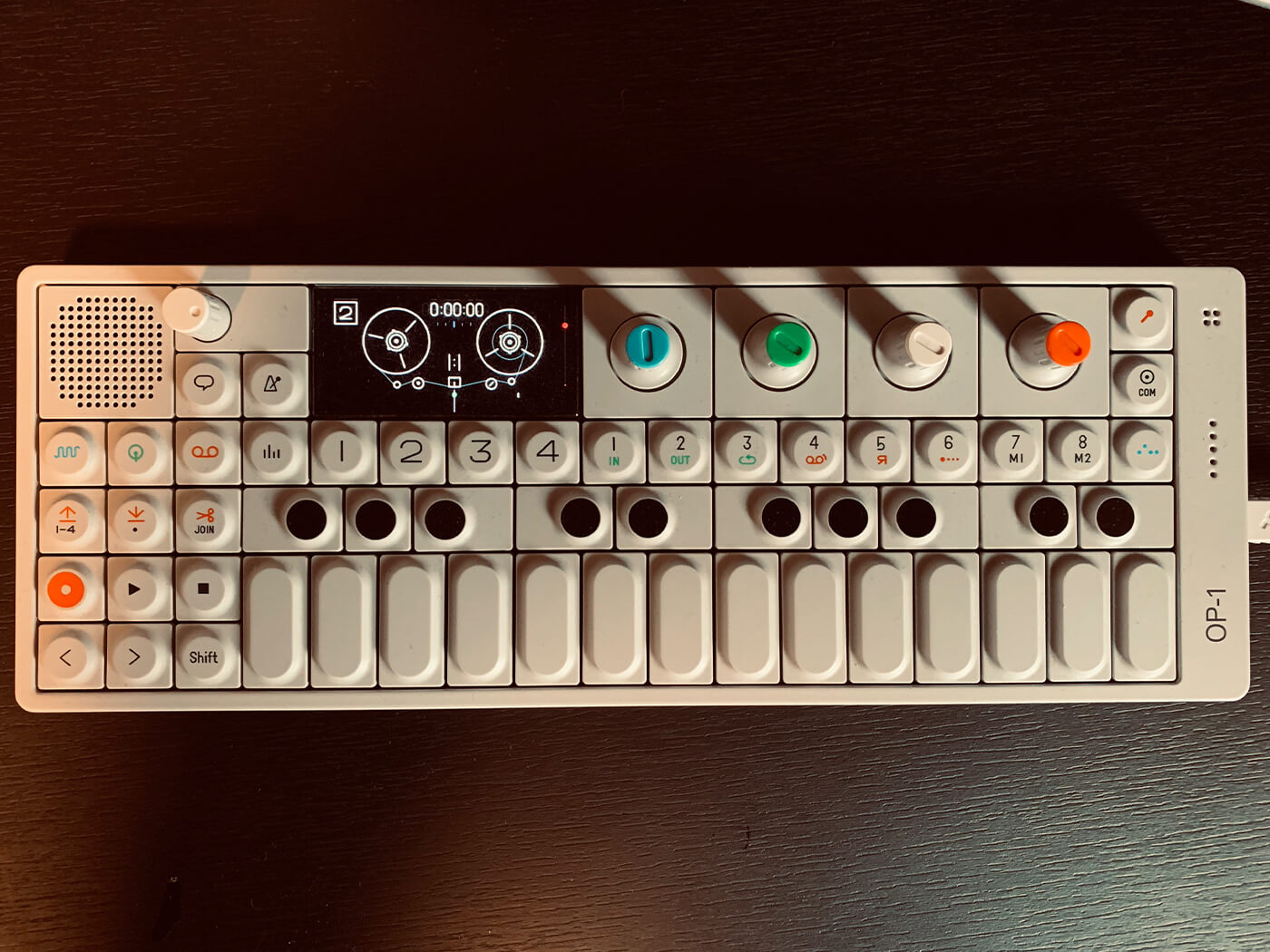 How do approach remixes and put your own twist on them?

It depends on my vibe. When I did I Follow Rivers I was very emotive and full of hope. You can hear it in the piano chords which I changed from the original. I decided to keep only the vocals and replay everything.

For Clean Bandit I kept the original gimmick melody which is strong and worked on a different bassline and drums. I felt like the original song needed a club version. I always try to keep a dancefloor vibe when I make a remix.

Your new mixtape is sounding great. What does the curation process look like here?

I made a list of my favourite producers that I’m close to. Then asked them if they would be keen to make an exclusive track for the Magic tape 100.

Everything in the studio is custom made. I designed the main desk, the vinyl storages, the DJ set up, and so on. It’s worth it. It’s a small but pleasant room. 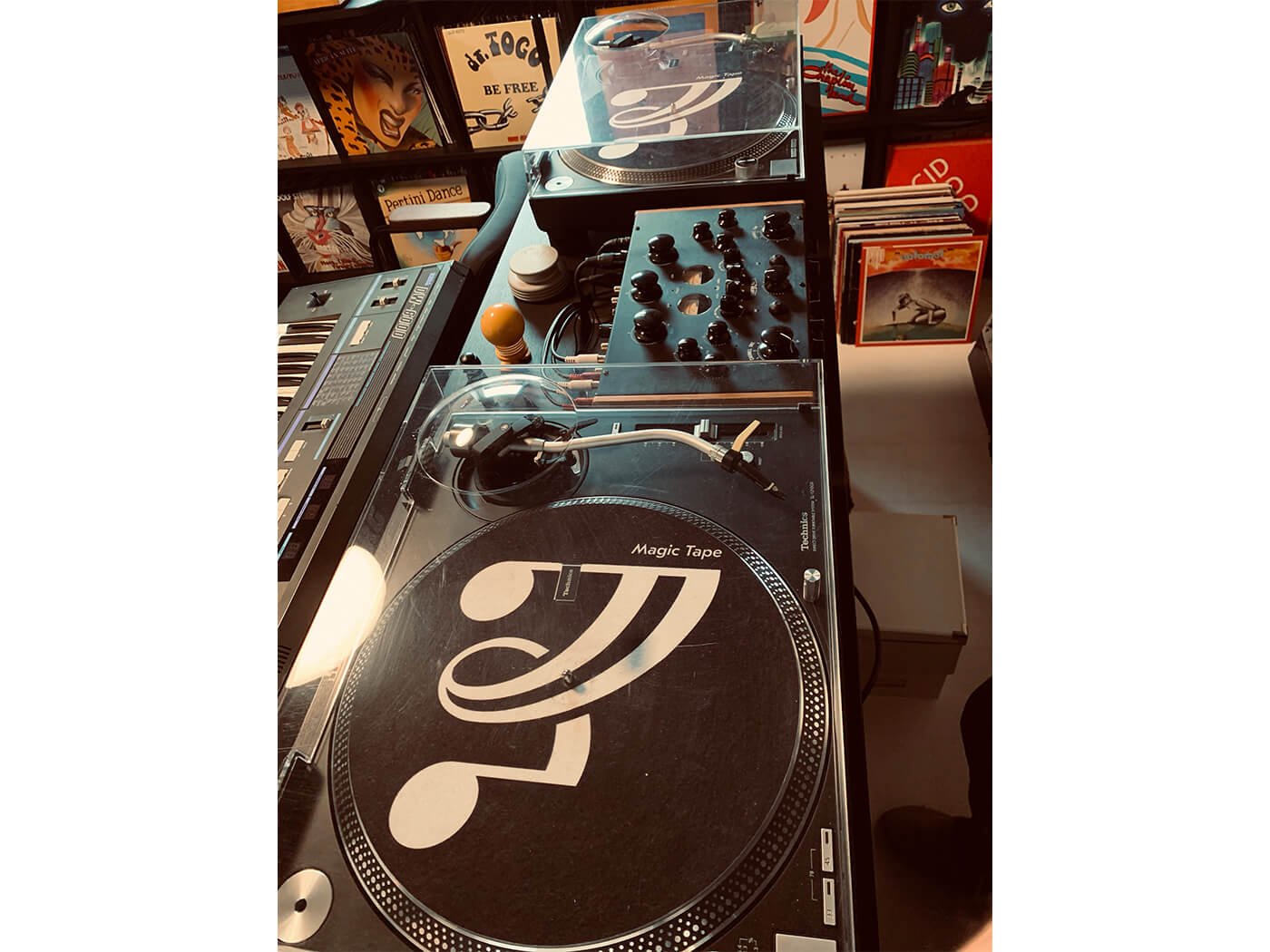 The acoustics could be improved to be honest. But it’s been a year now and I’m used to it.
I’m planning on doing some more acoustic works soon.

I would like to buy the new Sequential Prophet 5. In recording studios, I use it all the time. I need one for myself as I use the Arturia plug-in a lot. I’m also thinking about buying those Simmons drum pack sets from the 80s, which could be fun and original to use. And last but not least, the Teletronix LA-2A to use on drums and bass.

I used to have a Roland Jupiter 8 but I forgot it in a studio in 2010…I need to get another one, it’s my favourite synthesizer.

Don’t try to emulate a sound that already exists, be yourself, be creative and try new things. Try to fully explore a synthesizer, or at least 80 per cent of it, instead of having 10 synths and explore just 10 per cent of each one.

You might spend most of your life in the studio so make it nice.