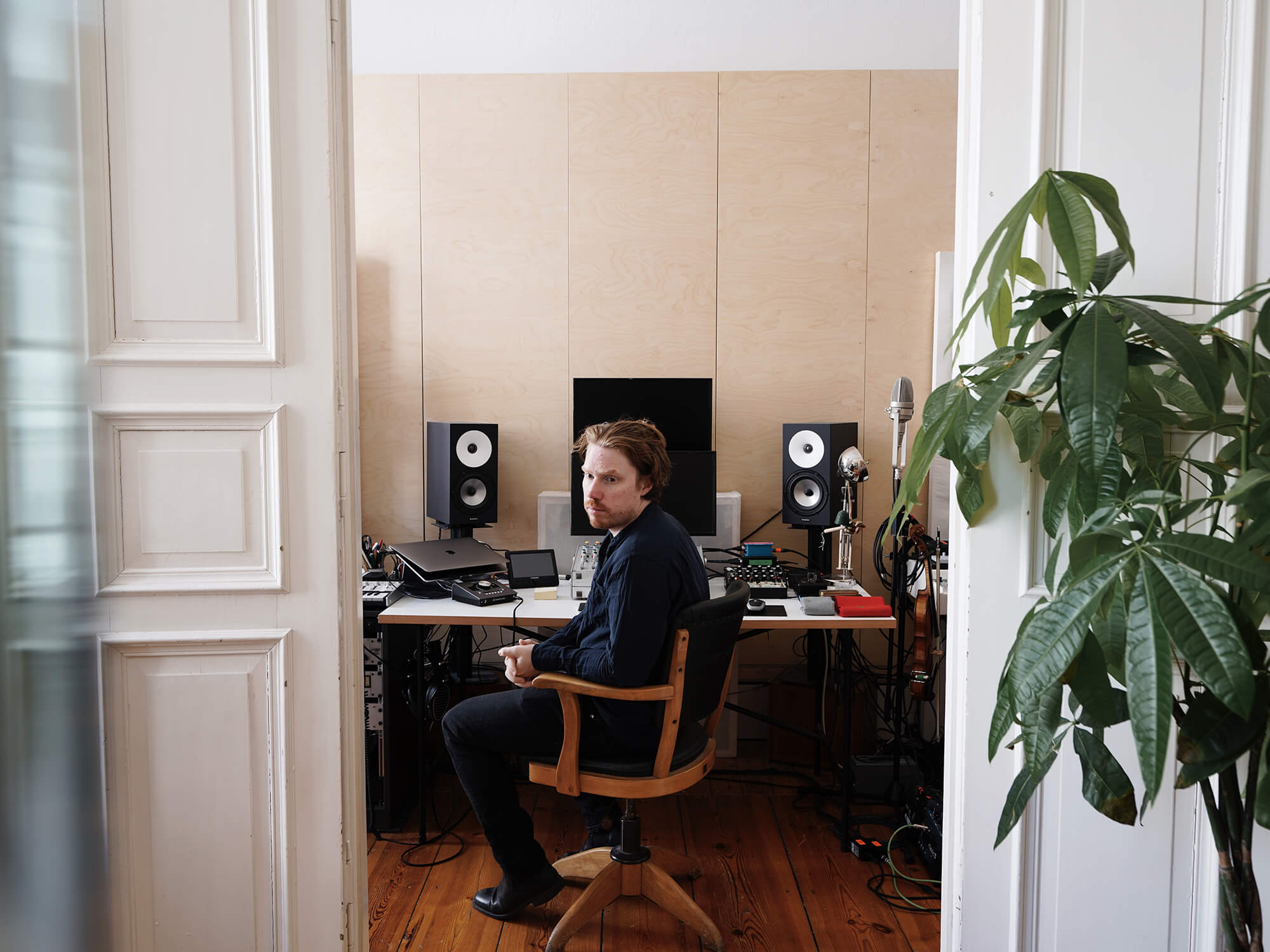 Producer, composer, violinist and recording engineer for Grammy award-winning soundtracks of Joker and Chernobyl – two of the biggest on-screen moments of the past three years – Simon Goff is adept at instrumental work, using audio effects to push the violin to new sonic territories.

For his latest collaborative album, Aerial Objects, however, Goff was able to work alongside platinum-selling singer Katie Melua, at times letting her voice “take centre stage” while, at others, letting music and vocals “sit equally with each other”. MusicTech finds out how the two worked in the studio, and how Goff was able to dramatically throw an iconic voice into a new light.

Simon, we’ve been swept away by the dream state that is the collaborative album made with Katie Melua, Aerial Objects. How did it happen?

The collaboration came about after Katie heard my solo record Vale which was released last year with the Berlin label 7k!. One of my management team knew her A&R at BMG and he passed the record on to Katie, which resulted in us jumping on a Zoom call. After a two-hour conversation, Katie asked me if I’d be interested to collaborate on an acoustic reworking of her last album.

It was while working on this together in the summer of 2021 that we started discussing different writing and composition styles and decided to get in a room together and make some new music.

What was it like melding your styles together in the studio?

It was lots of fun. Katie and I wrote the bulk of the material for the record by beginning with long improvisation sessions. She would bring some lyric sketches and I’d have my violin, a couple of synths and my pedalboard and we’d just press record. Sometimes they would go on for over an hour. The thing we found exciting was the way in which the violin and the vocal interacted and, even now, I think we have only just begun to scratch the surface there.

This is the first Simon Goff release we’ve heard with a vocalist. What was that like?

The human voice has an unparalleled ability to connect. There is something about hearing someone else singing that dives deep into the heart of so many people. As someone who mainly works in the instrumental world, experimenting with this was fascinating.

The vocal sits in different places on different songs on the record. We wanted the music and the vocal to take centre stage at different times and then at times sit equally with each other.

My studio is in Kreuzberg in Berlin. During the first COVID-19 lockdown in 2020, I decided to build a studio in my apartment and this is where I am now working, mainly composing and producing. It’s very much built to facilitate my own creative process as positively as possible.

When I first came to Berlin, I started my studio career as an intern at Vox-Ton Studio which is run by Francesco Donadello. This is where I developed my engineering skills and made a lot of records, including the soundtrack to Chernobyl with Hildur Guðnadóttir. The studio is centred around a Cadac G-series console with a great collection of vintage microphones and outboard gear so it was a dream place to learn and grow my abilities in the studio.

My experience at Vox-Ton definitely influenced how I set up my studio. I run a hybrid setup of analogue synths, keyboards and acoustic instruments alongside a Universal Audio setup on my computer. I have everything plugged into a small Audio Developments desk and a microphone is always setup for my violin, which allows me to create quickly and make spontaneous decisions about what to use.

Through my experience of witnessing so many great artists at Vox-ton, I realise that it’s important to have as few barriers as possible to being creative. Sound quality is important but creativity is more important – this is why I love having as many real instruments as possible. It’s a very different experience playing an instrument in front of you than programming it on a computer. Both have their place but I value the former in my own creative process.

It’s important to have a relaxed atmosphere in the studio. I think it’s really important to build into processes as much flexibility as you can. Often sitting down together with a cup of coffee or a good meal is just as important as any of the performing or literal writing. Creativity can come from many directions and deadlines are always important to have to keep us on track, but the most important thing is to try to minimise stress as much as possible. Stress is the enemy of creativity.

My violin would have to be at the top of the list, but beyond that, I’d have to say my Amphion One18 speakers. Getting them really changed the way I work. The amount of detail they allow me to hear day to day really helps me to make music that comes out of my studio at a consistent level. I know I can trust them.

What synth or effect can be heard the most on Aerial Objects?

A mixture between the Moog Subsequent 37 and a Mellotron.

What were your favourite moments of processing Katie’s vocals throughout the album?

We had lots of fun playing about with her vocal; sometimes looping and processing it through my pedalboard in the initial improvisations. With Hotel Stamba, I set up the vocal processing when we started writing to see how Katie would react. It became a large part of the feel of the song and something I connected to with the violin parts.

What’s your favourite pedal to pair with the violin?

Right now, I’m enjoying the Hologram Microcosm. It’s a whole world in itself. The ways in which I can loop and create textures are incredible and paired with the violin it’s wonderful. I’m also a big fan of the trusted DL4 from Line 6. It’s another wonderful tool for creating textures.

Definitely my Amphion One18 speakers and they are absolutely worth it. Everything starts with a good performance but next, you need to be able to hear what you’re capturing accurately.

A solar-powered battery powering my Teenage Engineering OP-1 and Octatrack. I did a gig recently with an artist here in Berlin called N Kramer and he had his entire setup powered by a mobile power bank – truly portable music making with endless possibilities.

I built a big acoustic wall between my studio room and my neighbours to minimise noise and this wall also works as acoustic treatment, having different depths of the panels to break up the flat surface for resonances. With some bass traps and diffusers placed in the room, it works well.

Think about what you want to make and build the studio for that. Anything is a studio these days – from a bedroom with a laptop to a fully analogue recording studio. But the best studio is the one that suits your needs and allows you to be the most creative.

Simon Goff and Katie Melua’s Aerial Objects is out now.