Show Off Your Studio: Parsley Palette keeps it casual at Soho Records

The young Londoner tells us how he keeps his crosshairs on comfort during recording sessions and explains why it can be best to be in the wrong place at the wrong time. 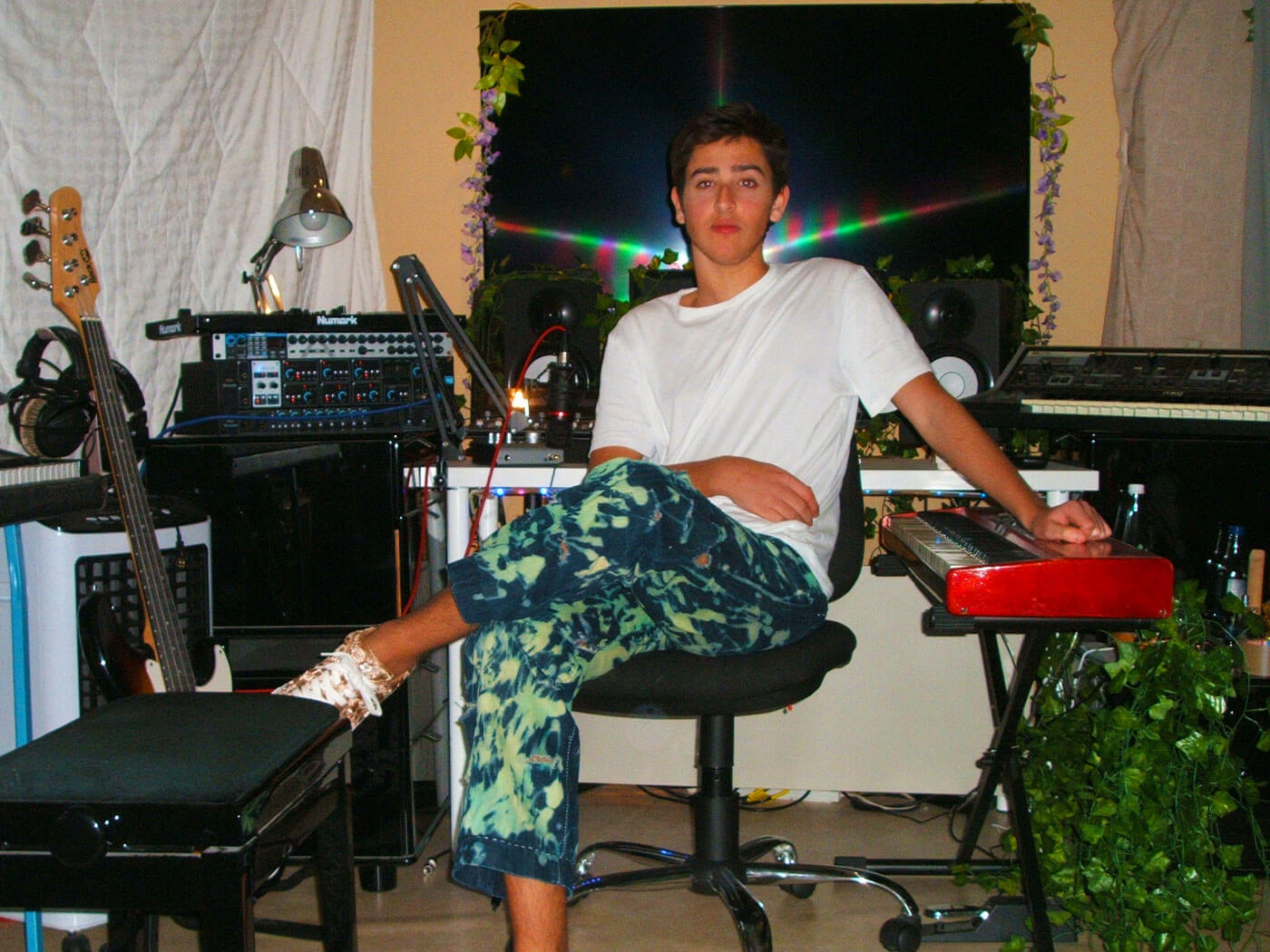 19-year-old Parsley Palette may be young, but the award-winning producer and curator has already amassed some impressive credentials. As the founder of Soho Records Ltd in London, he’s worked with an eclectic bunch of established and upcoming artists, including Braxon Cook, Toya Delezy, Ellie Dixon and more. He’s also curated music for coveted brands such as Gucci, Selfridges and Joe & The Juice.

Parsley has garnered support from Spotify, BBC Radio’s Jagaur, MJ Cole, Joe Hertz, Blue Lab Beats and Rico Nasty, among plenty other tastemakers. His studio embraces creativity, both in its atmosphere and in its DIY sound treatment. He shows us around, elaborating on his choice of decor, the importance of feeling at home in the studio, and why you should try to be in the wrong place at the wrong time to progress your career.

Tell us a bit about the studio, Parsley.

The studio is located in Central London, is easily accessible and is just an absolute vibe. The idea was to create a space where anyone can immediately feel at home. The lighting, sofas and overall warmth of the studio generates a comfortable atmosphere, which is perfect for artists when they’re working. When I used to travel around to various studios in London I struggled to find many places where I could walk in and feel ready to work in the environment, hence why I wanted to create an ‘at home’ atmosphere in my studio. 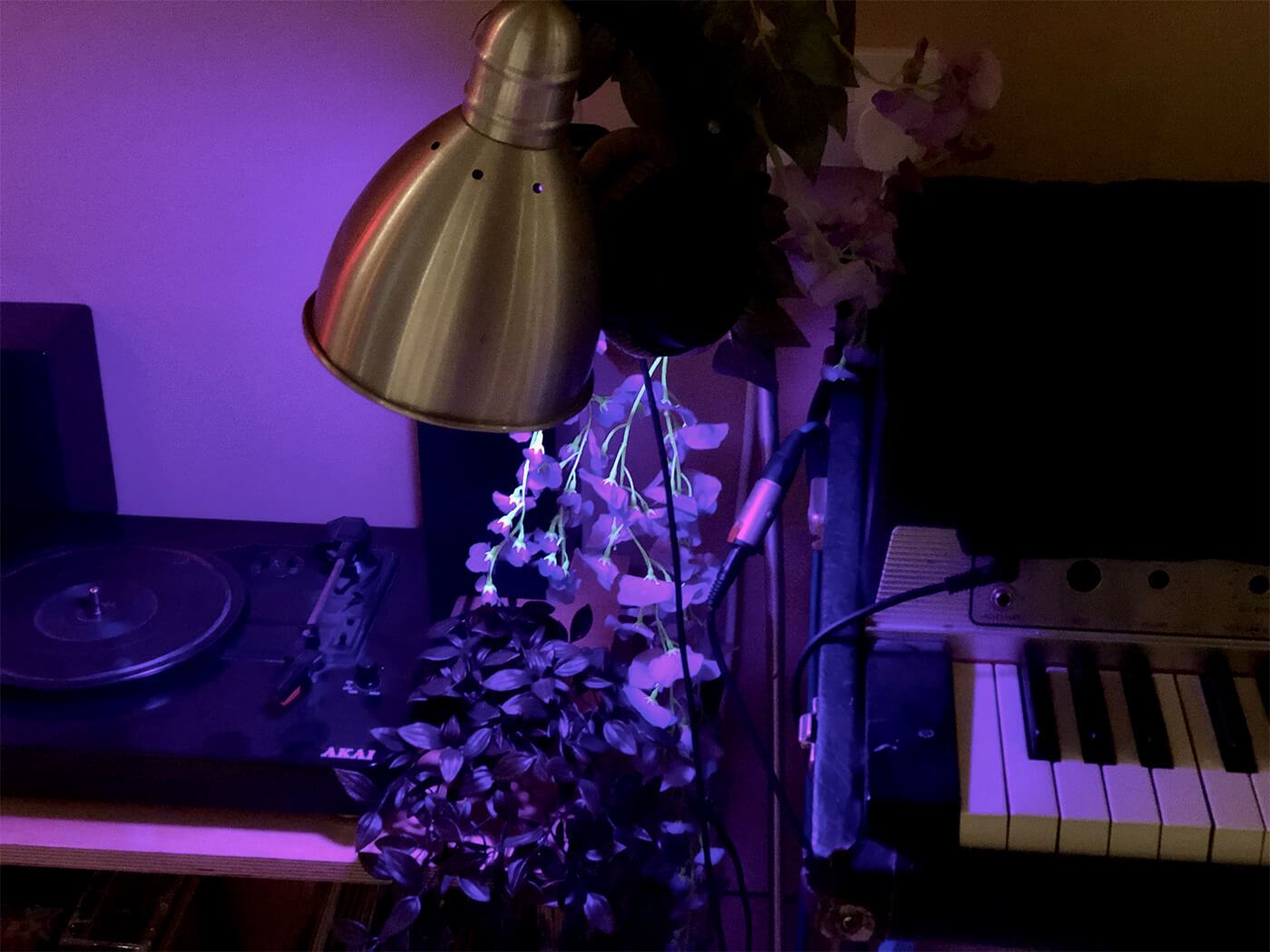 I’ve also got this cosy lounge space outside the studio where artists love to hang out throughout sessions. Occasionally, I shift the set up to record vocals if an artist feels comfortable recording there. The space is also perfect for bands and for working on film and TV projects.

I’m lucky to have a studio that’s readily equipped to record drums, bass, vocals and more, whenever I need to. All the mics, cables and inputs are already set up so I can just plug in my computer and hit record. Also, the studio isn’t just where I write the music that I release, but it’s also where I curate music for brands I work alongside, produce for bands and artists, and compose for films and ads. It’s an all-round, all-purpose space. I’d say almost all of my work is completed here. 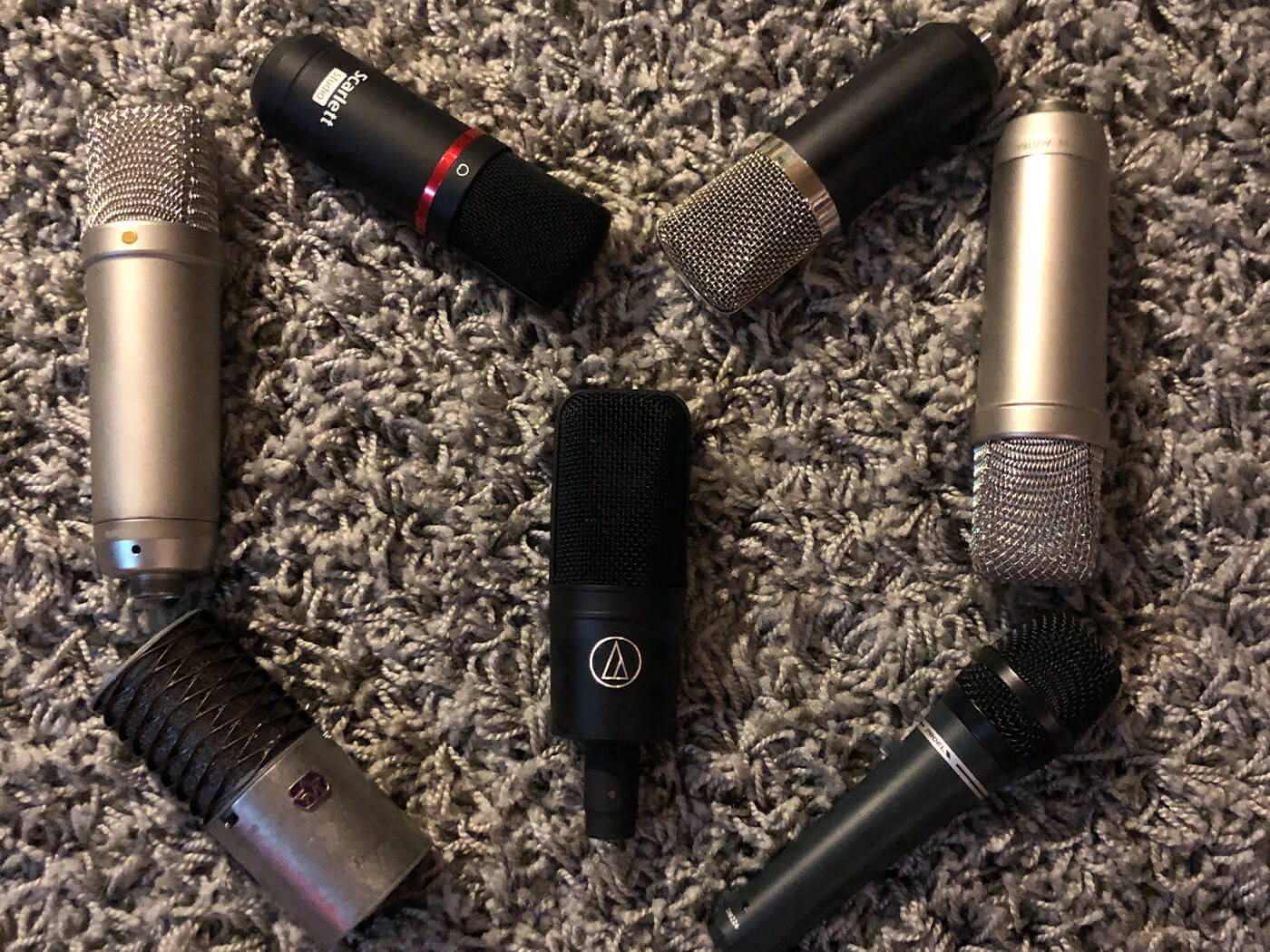 I’m a Logic Pro user at heart – it’s where I’ve found the most flexibility when working. At the end of the day, it’s all personal preference. I occasionally use Pro Tool’s when It comes to larger projects but I’m mainly using Logic.

I’d have to say my Moog Little Phatty. It’s just an absolute tank. It was also the first relatively expensive piece I ever bought, so I always make sure to use it as much as I can. If I just open up a session file and plug in the Moog, I’m always left with a smile. The heavy, analogue and distinctive sound holds such an exciting and unique tone. 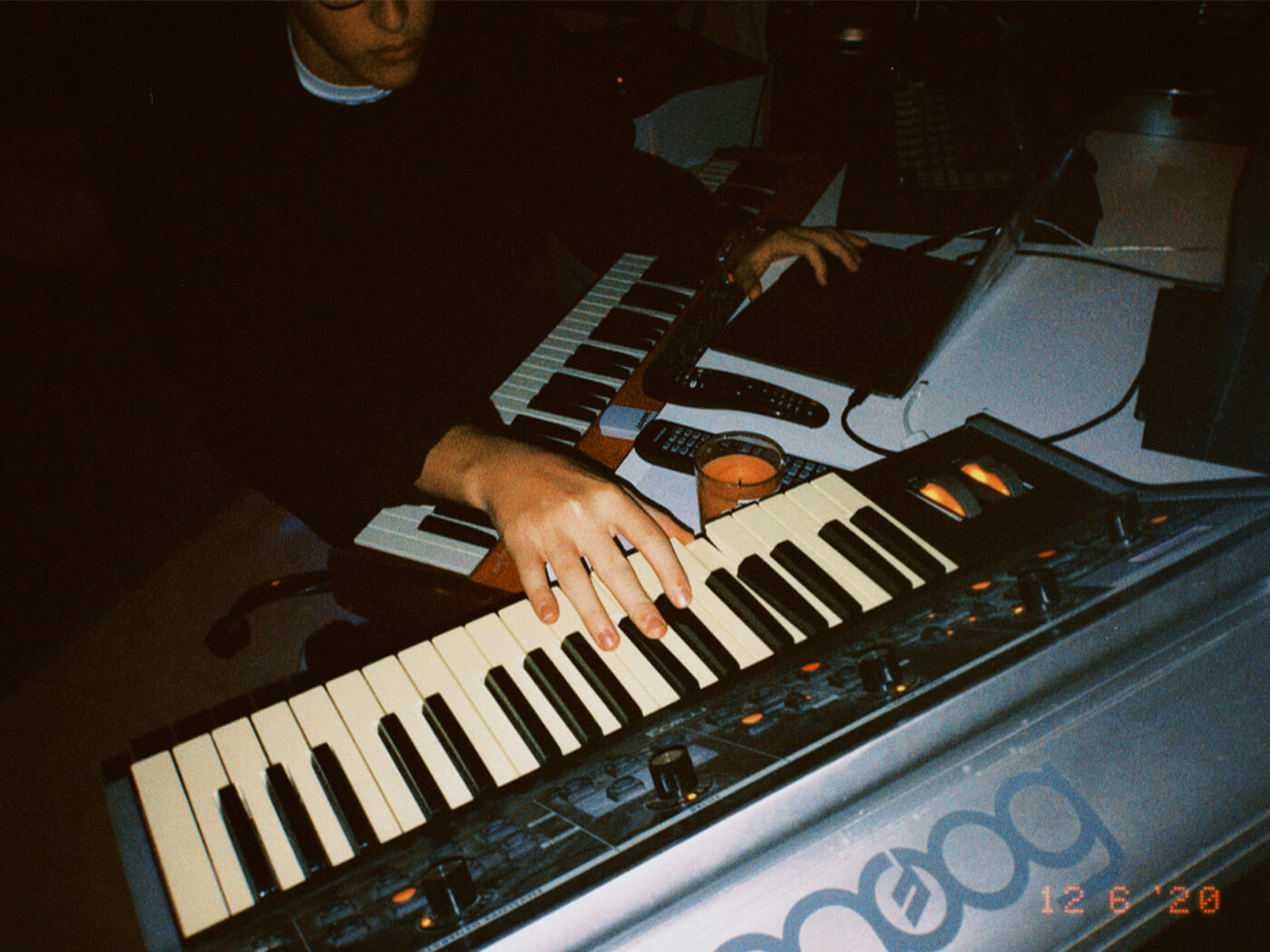 When it comes to long sessions of recording, it’s vital that the artist or band can come out of the studio feeling like they’ve been successful. So many artists have told me that they struggle to find places where they don’t feel pressured to write or sing because of the traditional, intimidating setup. The homely, cosy atmosphere is reinforced by the casualness of the live room. When I record vocals, I mostly use the DIY vocal booth – people love how I made the vocal booth out of mattresses and pillows – although it’s not traditional, it does the job perfectly.

The power of side-chain. A lot of people say the effect is overused but I just can’t get enough of it. Ever since I heard that Disclosure track, What’s In Your Head, I fell in love with that effect. It brings this bouncy, live movement to anything. It can definitely be overused, but when correctly executed the sound is incredible. You can really hear it on the vocal sample at the end.

If the studio itself could be an answer then the studio. Space in London is precious, let alone studio space, so every inch of it equates to the biggest investment. And yes, it was of course worth it! 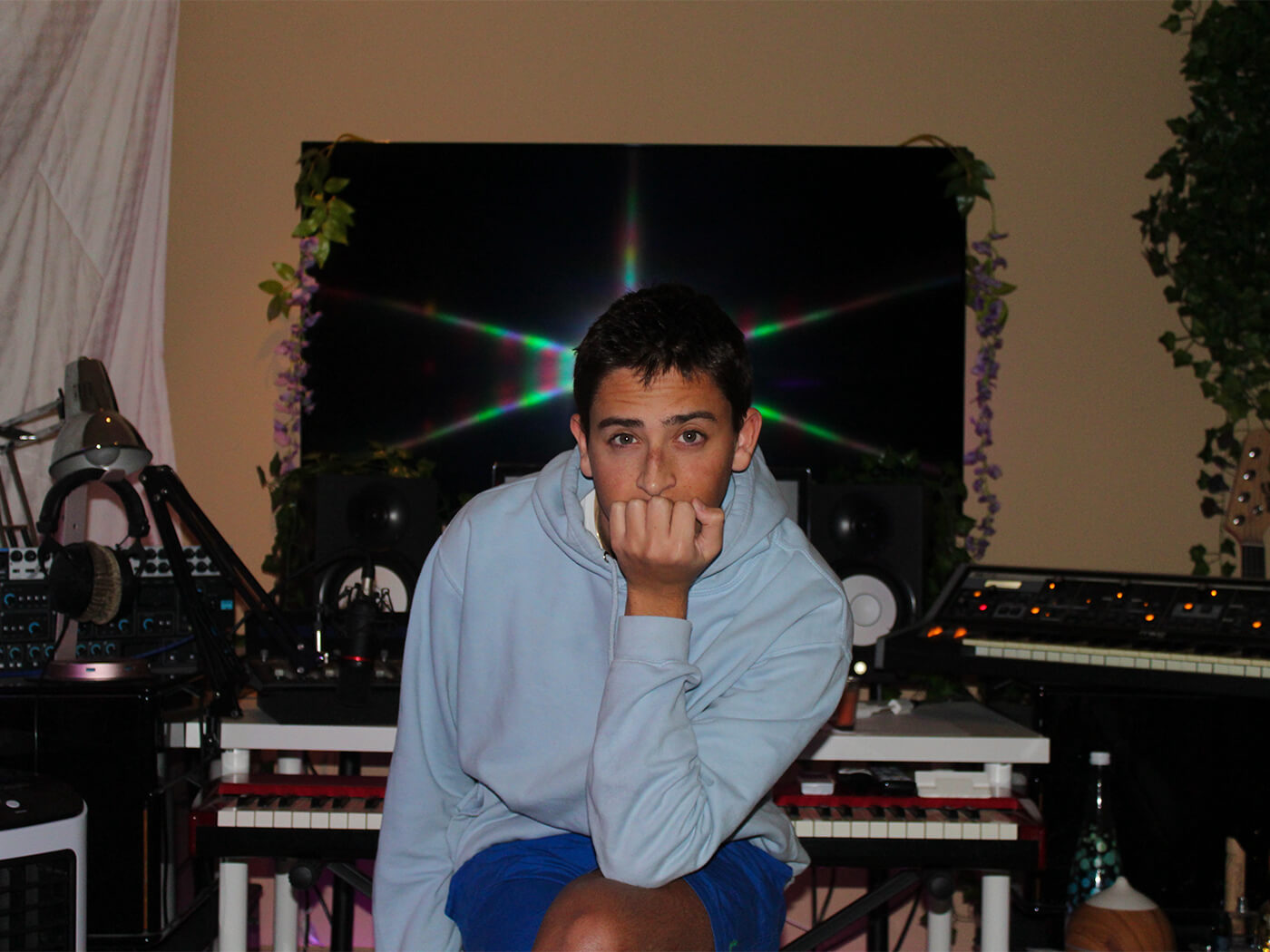 A guitar. Firstly, It’s one of the only instruments I still can’t play, so I’d have plenty of time to learn it on a desert island. Secondly, There’s always that one musician on the island that plays the guitar – that would now be me. Finally, when I get fed up of playing it, I’ll just chop it up into pieces and start a fire with it to keep me warm during those cold desert island nights.

It started off with a lot of trial and error. I even used mattresses to isolate sound and, to be fair, they did the job. Professional acoustic treatment costs so much, hence the more creative approach. I know that having a room that’s asymmetrical helps but there’s a big rug down on the floor as well as some panels on the live room walls and currently that’s doing the job. No one’s complained yet. 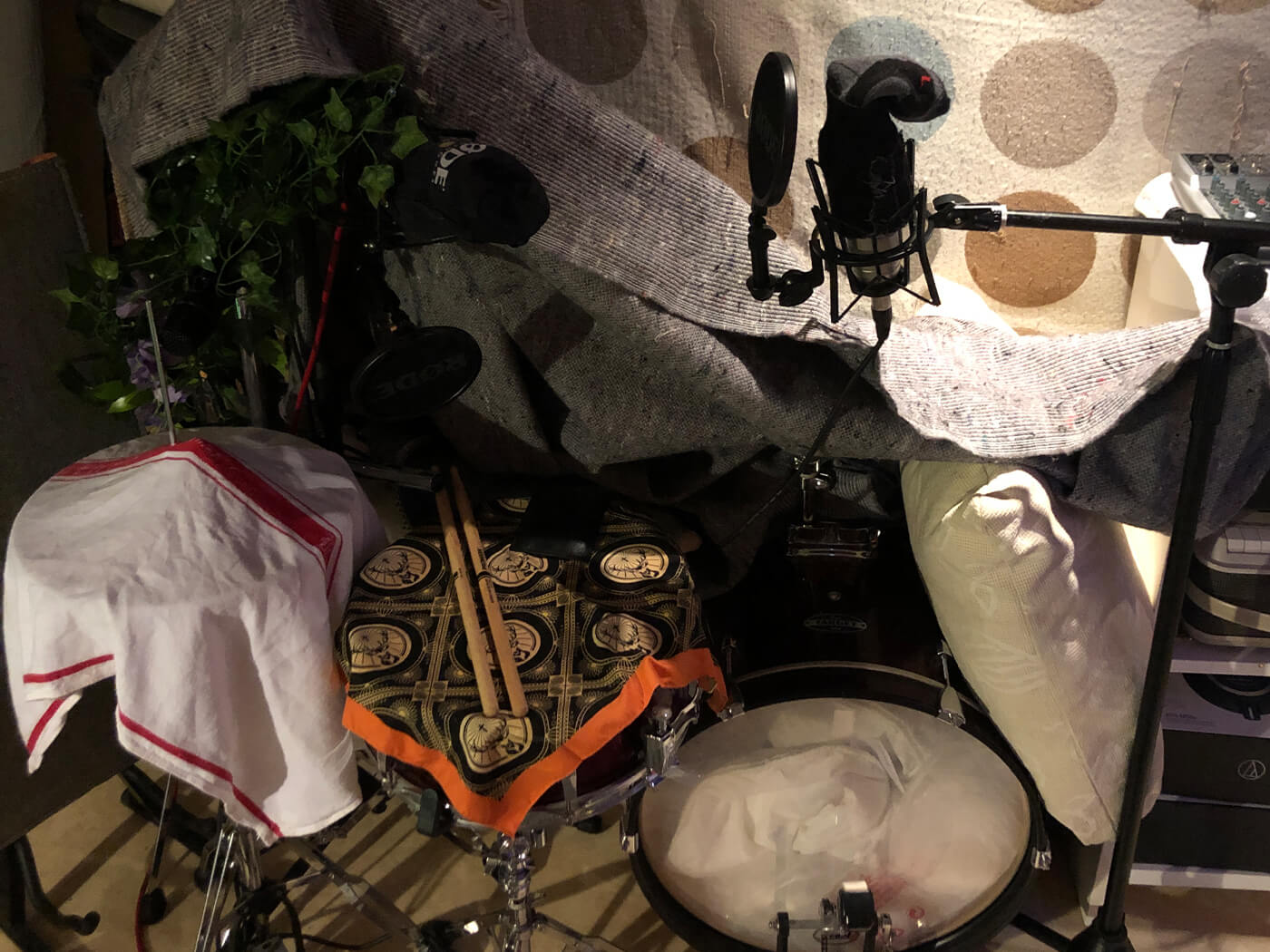 Occasionally, the studio can get quite cramped, especially when recording big bands, so I sometimes have to ask some clients to wait in the studio lounge (they generally don’t mind). But I have the lovely assistance of my studio engineers who help out and manage when things get too hectic.

A nice felt piano. I used to have one but didn’t play it much, so I sold it and bought my Nord which I use as the main MIDI keyboard in the studio. Having found that playing the keys brought so much fun to sessions, I’ll be sure to hopefully get one soon. 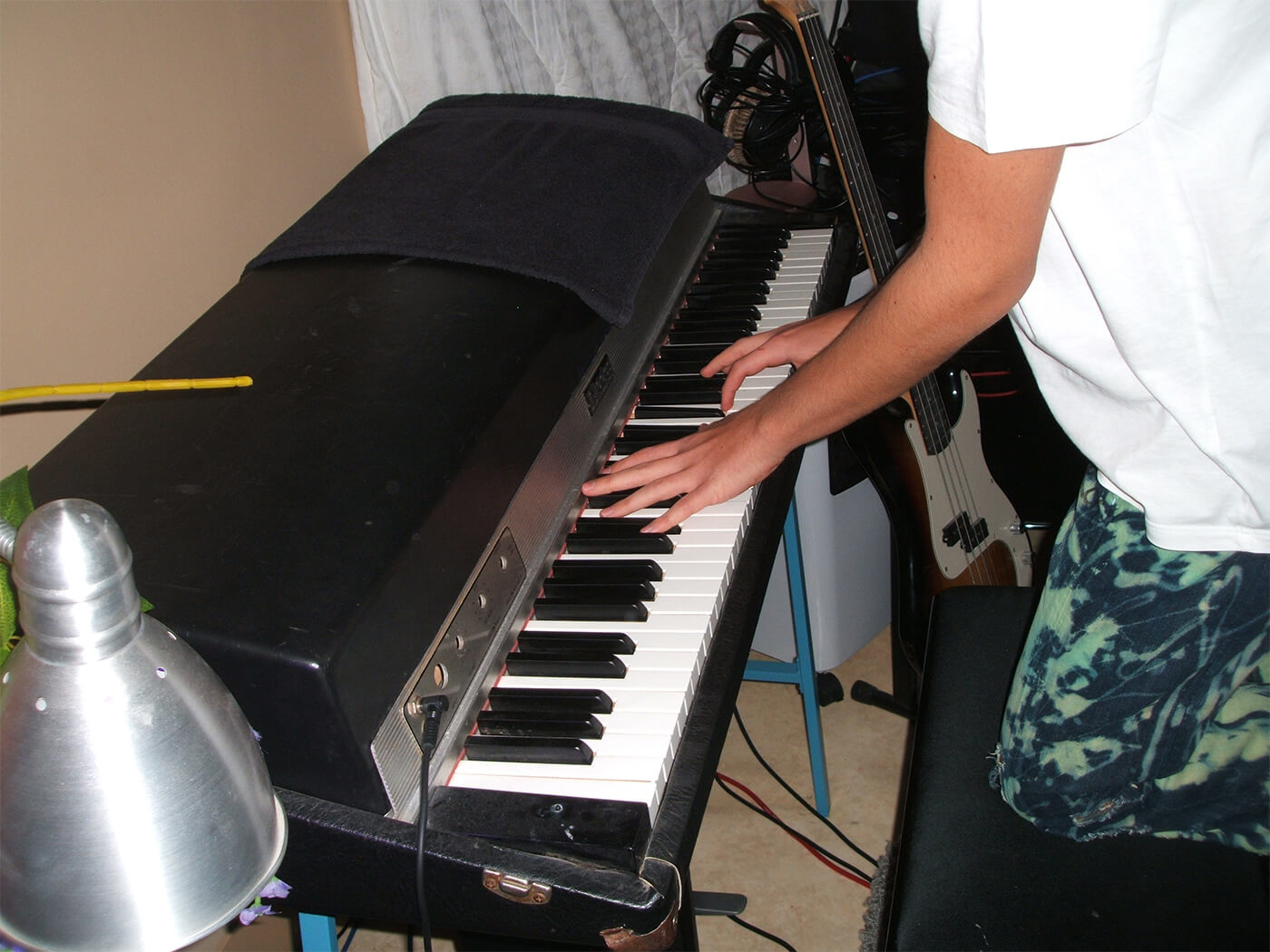 Barefoot Sound MicroMain27, the ultimate studio monitors in my opinion. These are 100 per cent my dream piece of gear. So, Barefoot Sound, if you’re out there and want to do a cheeky sponsorship, I’m here!

Be creative and be different. Every producer strives to have their own sound and only recently I found my sound. And if I was to go further and give advice to a musician, I’d say be at the wrong place at the wrong time. It’s how I got almost all of my work. Being at events that I wasn’t invited to, networking with people that I probably shouldn’t have been, such as brand executives, is the best piece of advice I can say. Being 19, let alone 16 when I was doing most of my networking, conveying yourself as a professional is what will grasp the people in charge, and in turn, present you with work. It’s that cheekiness that’s allowed me to do what I do. 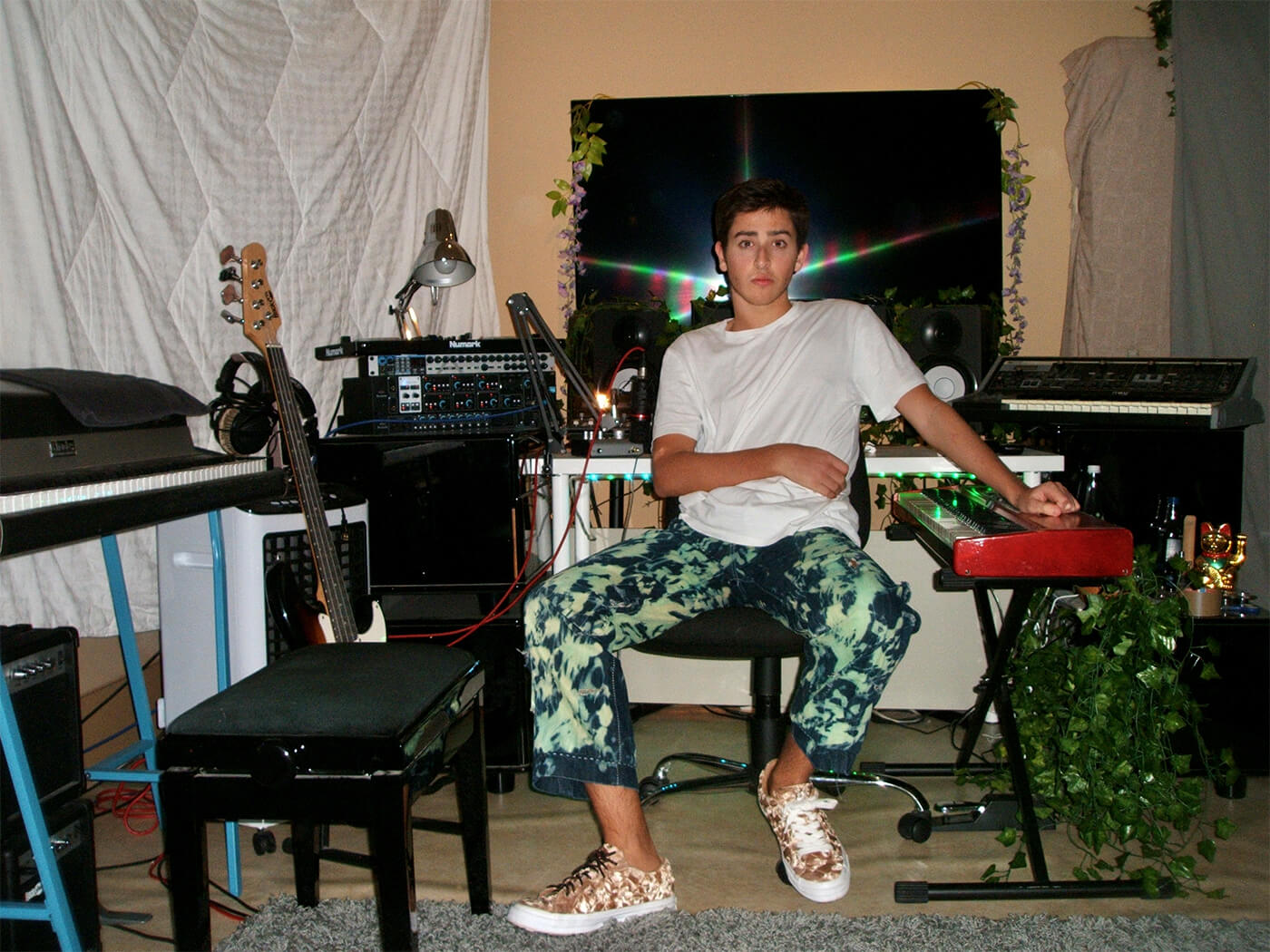 This is where you’ll be spending almost all your time, so make it your own. Make of that what you will. 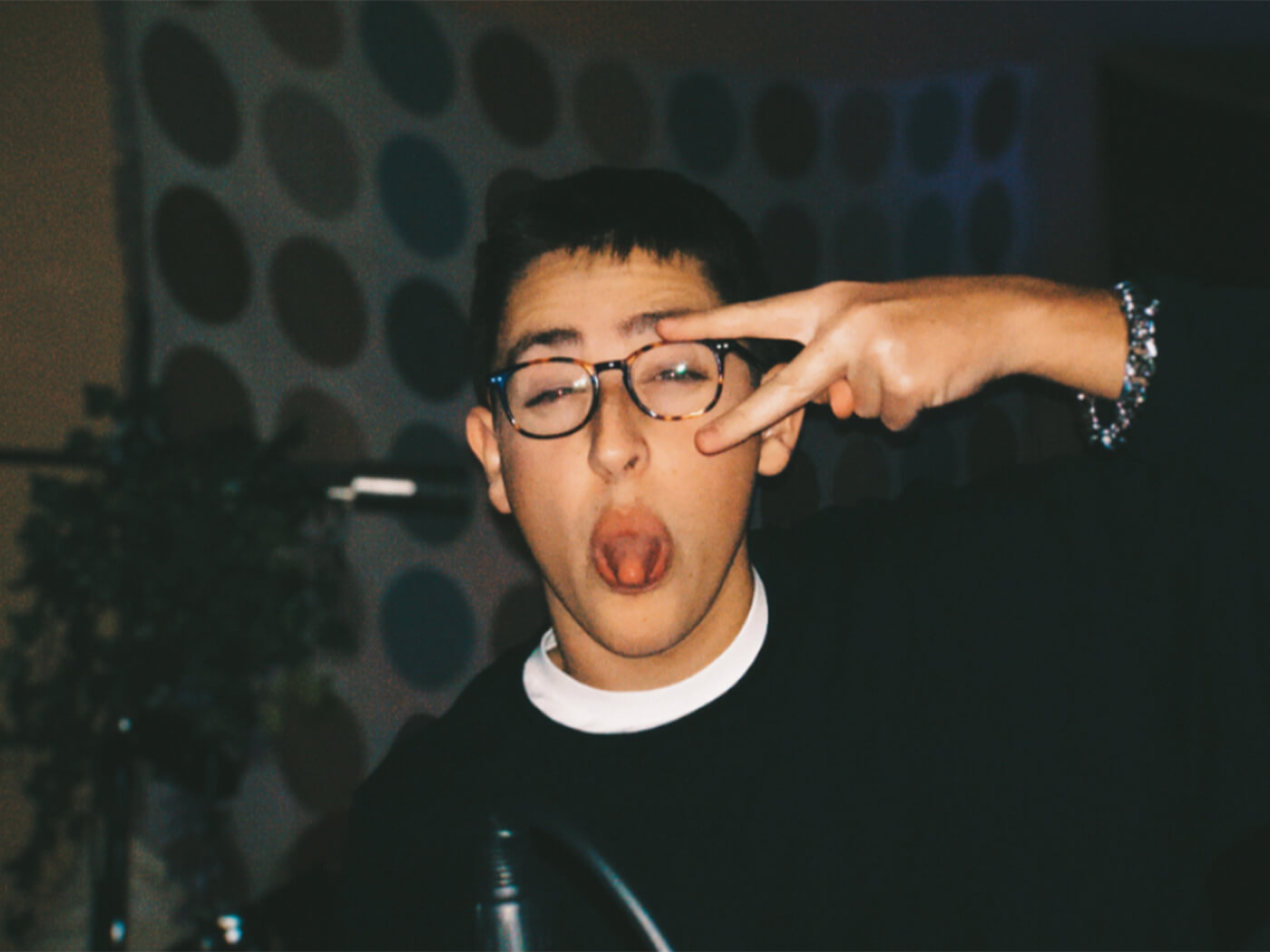