Show Off Your Studio: Lopezhouse on the gear used in their cosmic debut album, Apollo

The Bedrock Records’ duo share the process and gear behind their Pink Floyd-inspired debut. 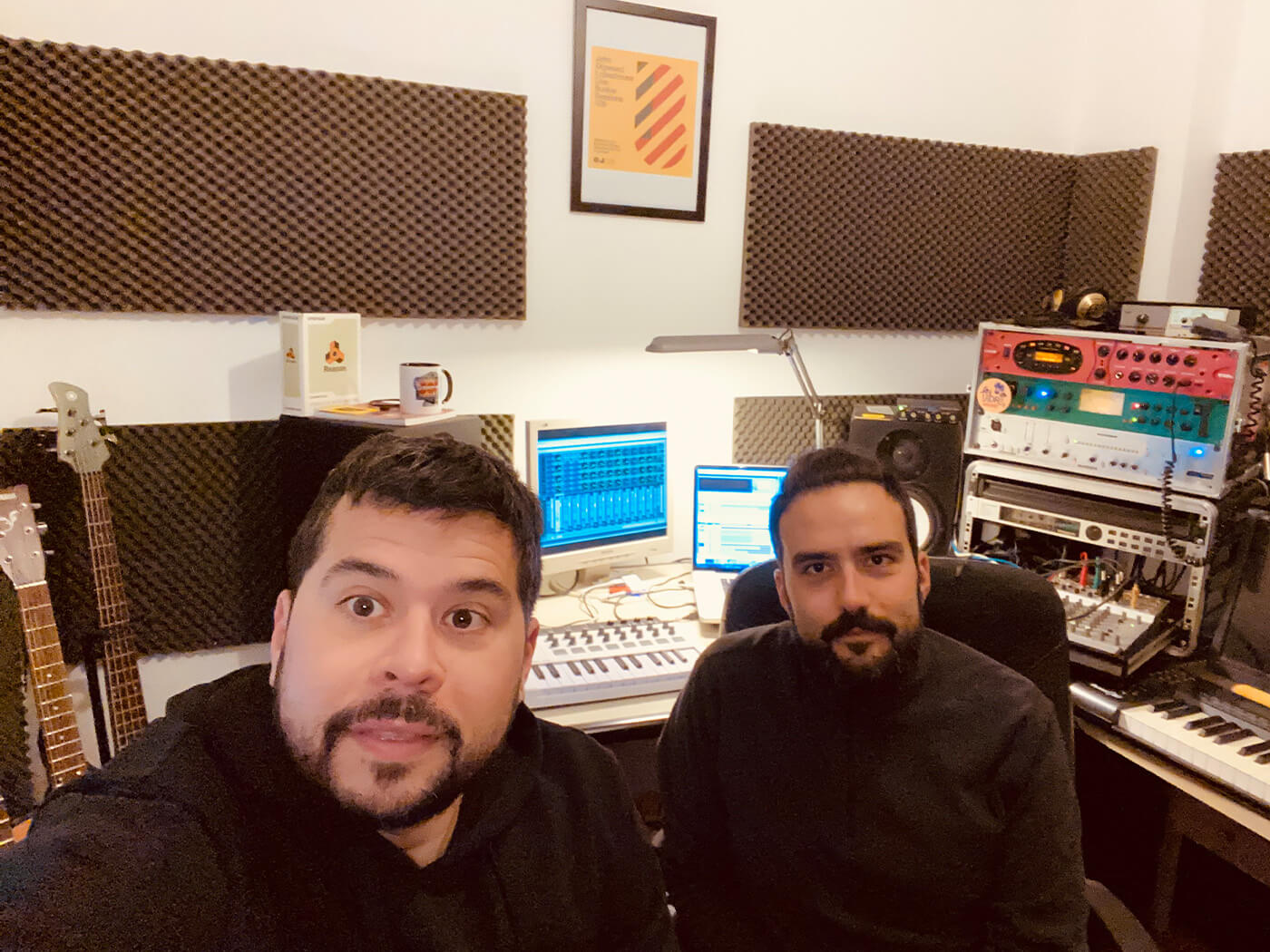 Lopezhouse have quickly become a label favourite over at John Digweed’s Bedrock Records. The Spanish dance duo have released four EPs on the revered label since 2019, with their otherworldly debut album, Apollo, hitting Bedrock’s catalogue in late 2021 as part of the Quattro compilation. The cosmos-inspired long play sees the producers channel their inner Pink Floyd and Vangelis to introduce retro-future space themes into their low-tempo house beats.

We head to their studio to learn more about their production process for Apollo, and what gear was vital to its creation. The duo also tell us why they feel so at home on Digweed’s label, why their favourite piece of gear is a boutique preamp, and share advice for those looking to create their first album. 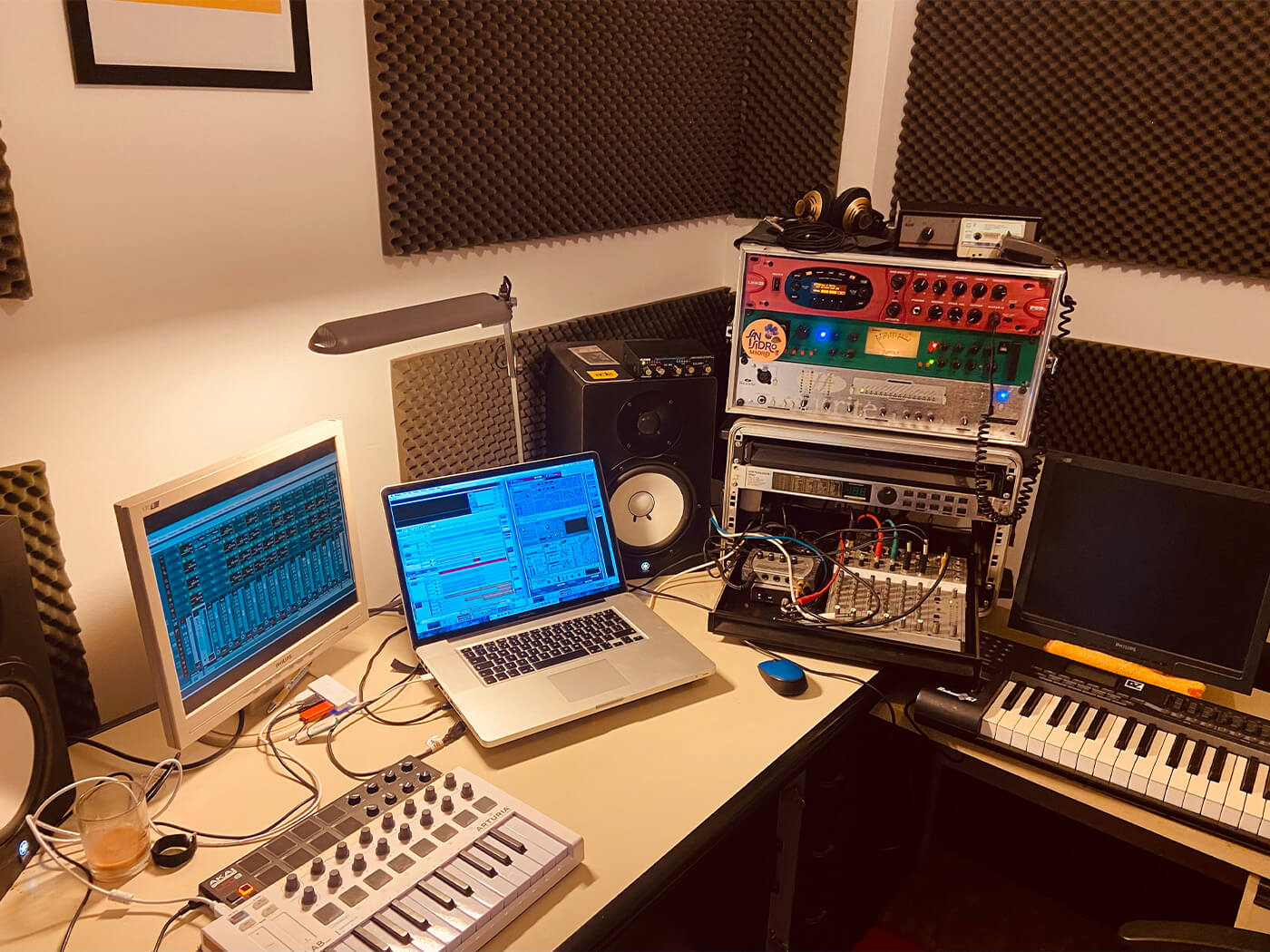 Hey Lopezhouse! Congratulations on your debut album, Apollo. How does it feel to have an LP under your belt?

Thanks so much! It feels great to have a long album released.

It’s always challenging creating the atmosphere and getting the sounds that you want but, overall, it was a smooth process because we enjoyed it. The final mix and mastering took us a bit longer – that’s a very delicate step.

We feel at home in Bedrock. We’ve been treated like family from day one which is why we keep working with them. The label provides us confidence and trust, supporting each hit that we produce and giving us complete freedom to work. Can you imagine what that means for an artist?

The studio is our principal place to work, where we do almost all the tasks we need. We spend a lot of working hours there. Fortunately, the studio is at home, so we don’t have to go far, and we have been here since we started out. 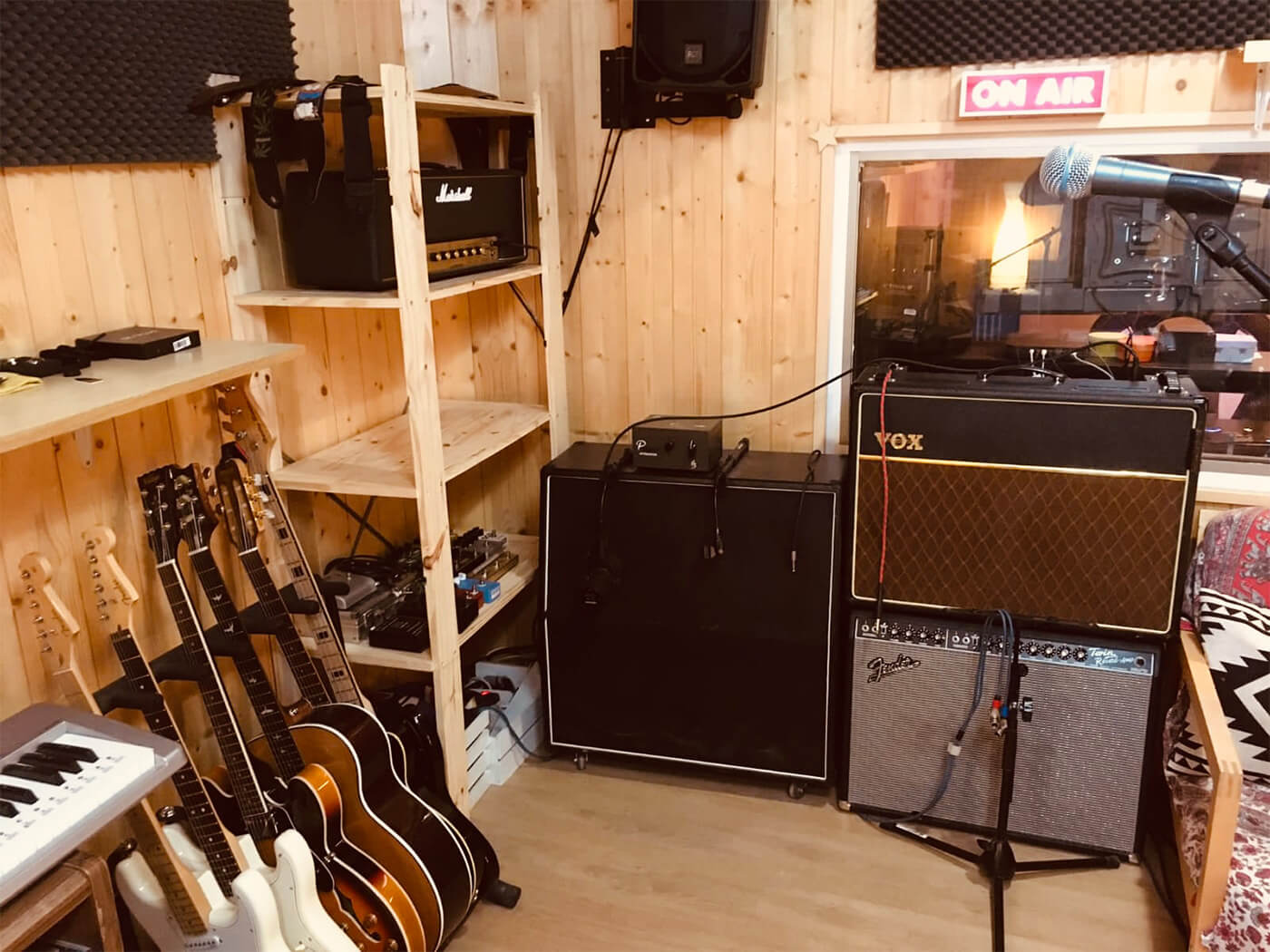 We record live instruments a lot. It’s become quite an essential characteristic in our productions, but not always in an obvious way. So it’s important for us to have some instruments on-hand to record quickly when we are composing with electric guitars, bass and synths.

With Reason, we create all the digital sounds, and with Cubase we work with analogue and acoustic sounds – for example, recording guitar, bass, vocals. We also use Cubase for mixing and mastering. Additionally, Ableton Live is so useful for our Live act. 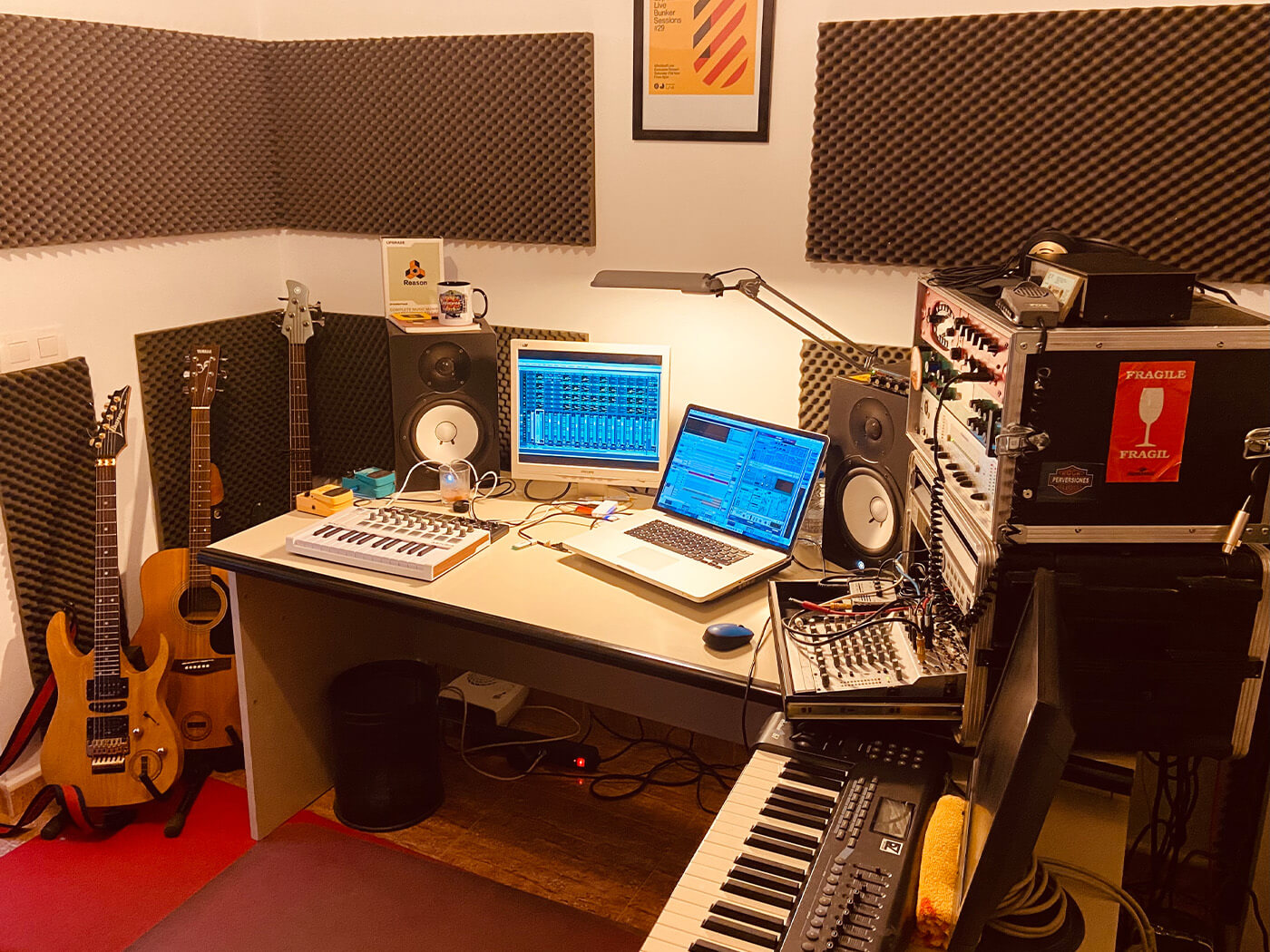 The Master Keyboard. As simple as it sounds, it is the most helpful tool in any studio. For recording, our favourite piece of gear is the JoeMeek VC1, a classic mic-preamp from the 60s that imparts a unique colour on the final sound.

There are a lot of long, evolving synth sequences on the album, imparting a slightly more ambient mood. What made you slow things down a bit on this release and focus less on club-focused tracks?

During the pandemic, we found a lot of artists experimented with producing more ambient tracks. We decided, along with some input from John [Digweed], that this would be a good direction for the album, given the current situation with Covid. We wanted to make something that listeners could also enjoy at home, not only on the dance floor. 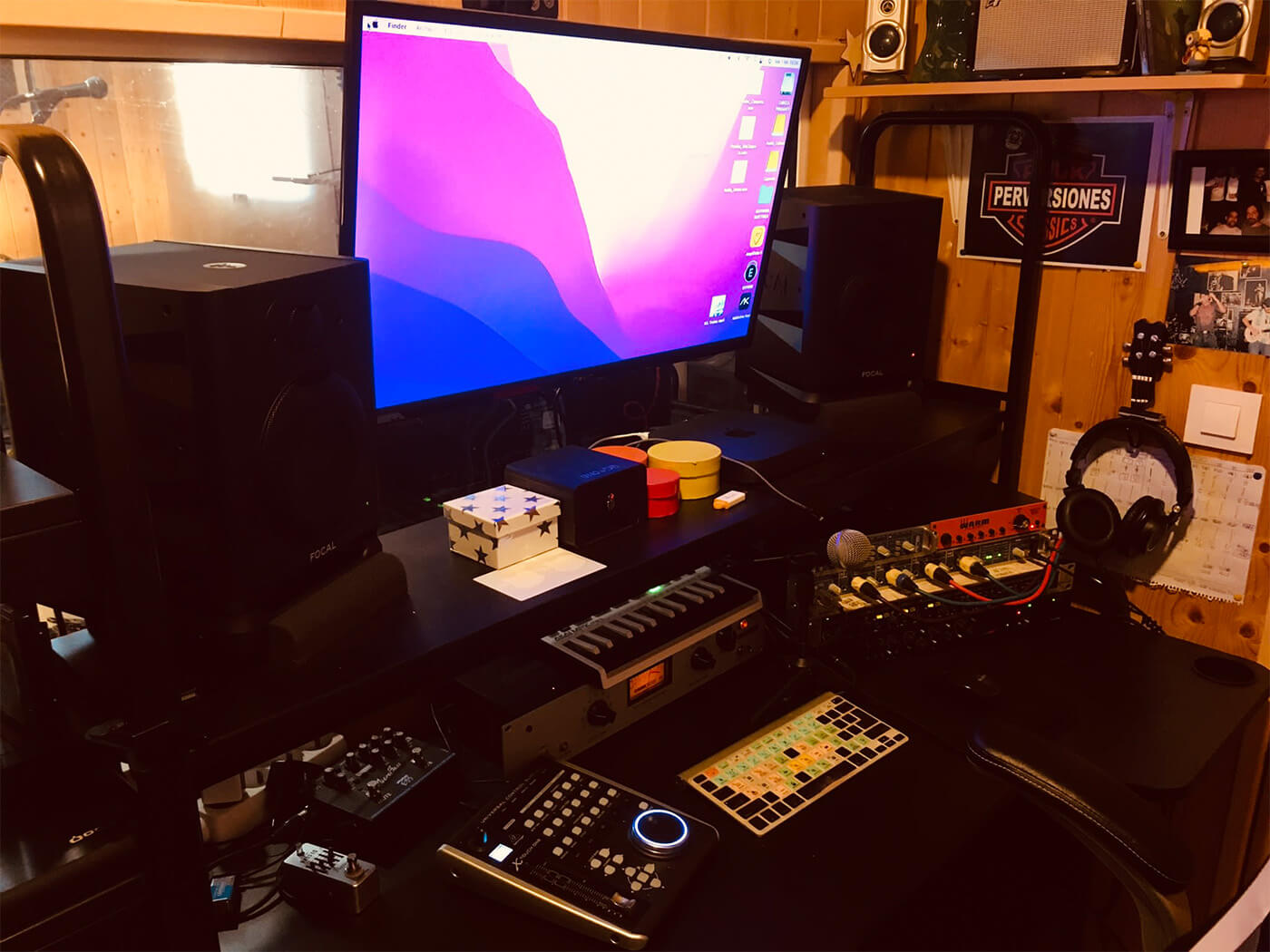 The whole album feels like an exploration of sound and emotions. Did your production process change much when approaching the album?

We wanted the album to feature a whole host of references from the music we enjoy listening to. So, there are elements of techno, krautrock, sci-fi sounds, progressive rock and house. The process was actually easy for us from beginning to end.

What synth or effect can be heard the most on Apollo?

One of the most common or recurring sounds in the album comes from the ethereal-sounding guitars. We filtered them with Cubase’s stock filter to create dense, subdued atmospheres. 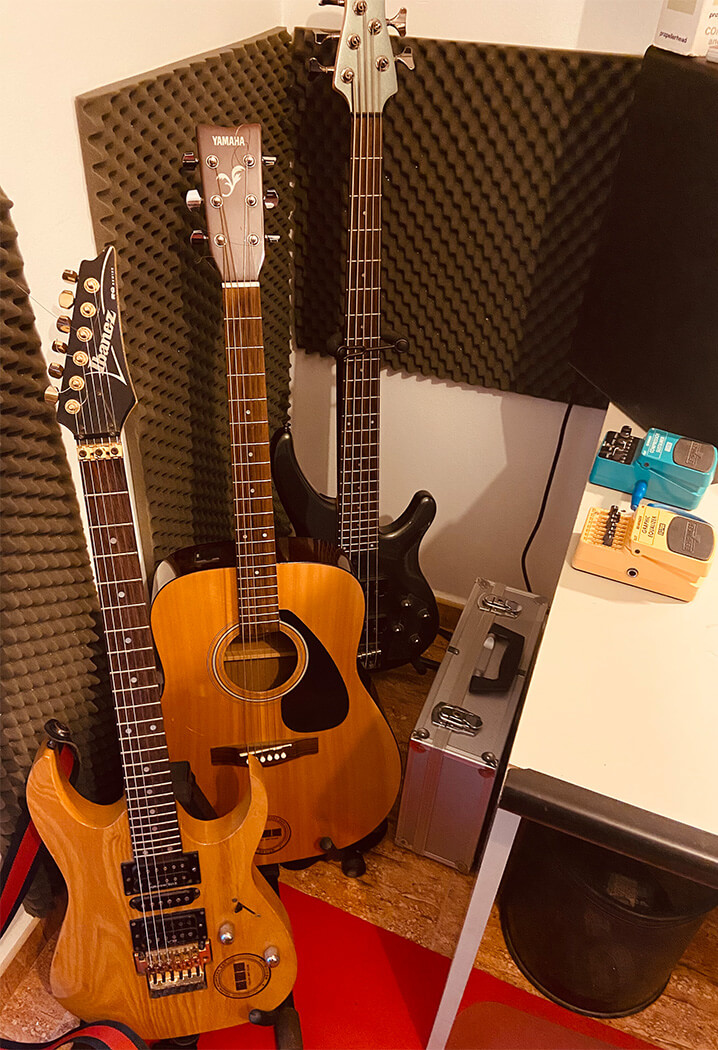 Were there any particular albums, artists or even places that inspired Apollo? How did you try to convey those influences?

The album has parts inspired by Pink Floyd, such as the ethereal guitar in some passages. But for us, Apollo is a journey into our own space. Imagine travelling in an 80s spacecraft surfing the deep space – this is the aesthetic that we attribute to the cuts on the album. It makes more sense if you listen from the beginning until the end, and, of course, it will feel different for each listener

We would love to have an Avalon V55 preamp; it would help get the tones that we like. 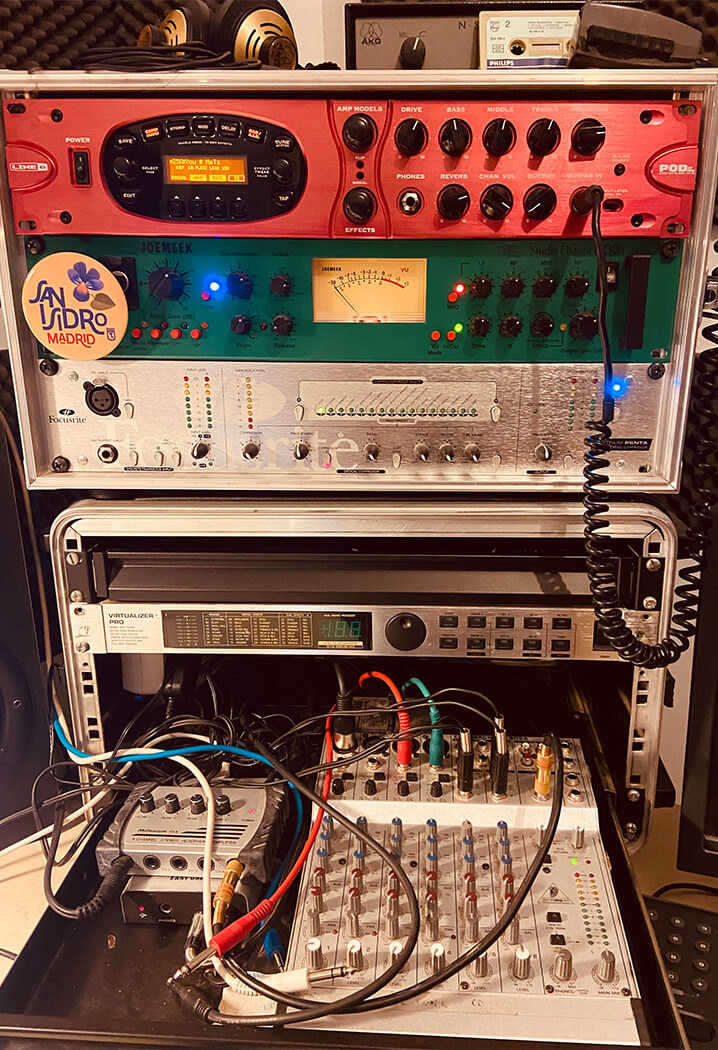 Learn how to properly use the software you are most comfortable with.

Get the basics: a laptop that works and a reliable set of speakers. You don’t need to spend a fortune to start making music. You can add stuff as you need it and find out what is best for you. We can’t stress it enough – a good chair is vital! You will spend a lot of hours there and need to be comfortable. 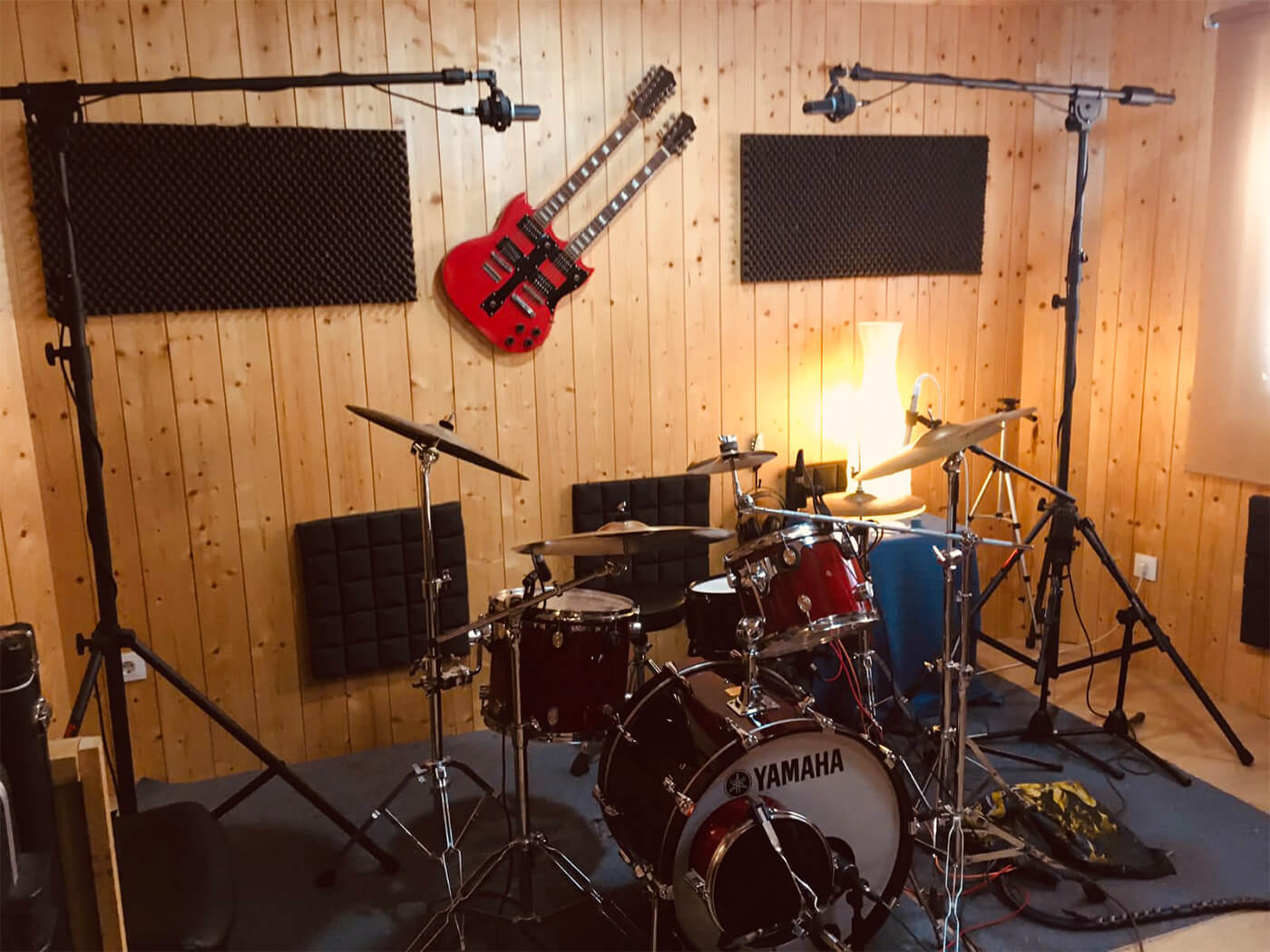