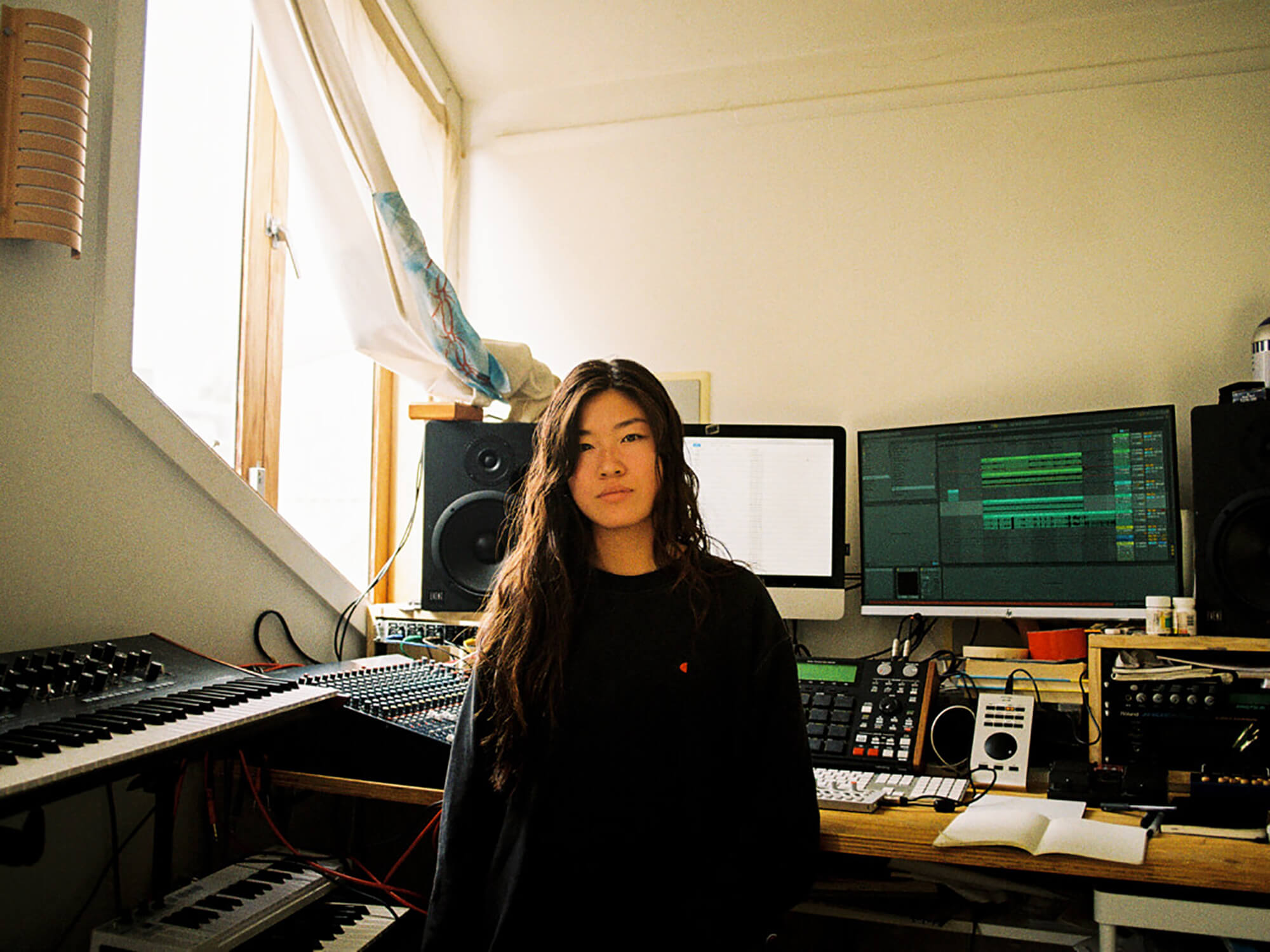 Away from home, the Toronto-born Australian-resident artist makes carefree house music with an impressive yet limited gear setup.

Jennifer Loveless’ latest six-track EP, Around The World is an adventure into forward-thinking house music full of bright melodies, airy percussion, swirling samples and driving four-on-the-floor drums. This characterful, inebriating house sound is typical of the Australian artist, who currently tours the world, intoxicating dancefloors one by one.

While she longs to be reunited with her kitted-out studio back in Melbourne, Jennifer Loveless talks us through her makeshift setup in London. Consisting of her beloved Teenage Engineering OP-1, intriguing Critter and Guitari Organelle, and Korg Kaoss Pad, the limited studio still works wonders for her.

She tells us all about the gear from home and afar that helped to make the EP, her early roots in music, before offering an insight into the atmosphere she looks for in a creative space.

Hi Jennifer! We’re falling in love with your sound. Have you always made music like this?

I haven’t always made electronic music, but I have always made music. I think there are overarching themes that have presided over my years in music. I started out playing classical piano, which turned into being in a band with my brothers, which turned into a bit of solo guitar stuff for a while (I didn’t get very far with this) and then eventually DJing for about a decade. And, in the last few years, electronic production.

How do you usually begin a track? Do you jam out, add parts quickly and pick it all apart afterwards?

I tend to be a bit chaotic in the studio so I don’t really have one tactic to building a song. It has happened in all the ways that you mentioned. My favourite way is powering down the computer and building a song with only my gear. I then record this into my computer later and finesse it. Lately, that’s not been as easy since I’ve been travelling. 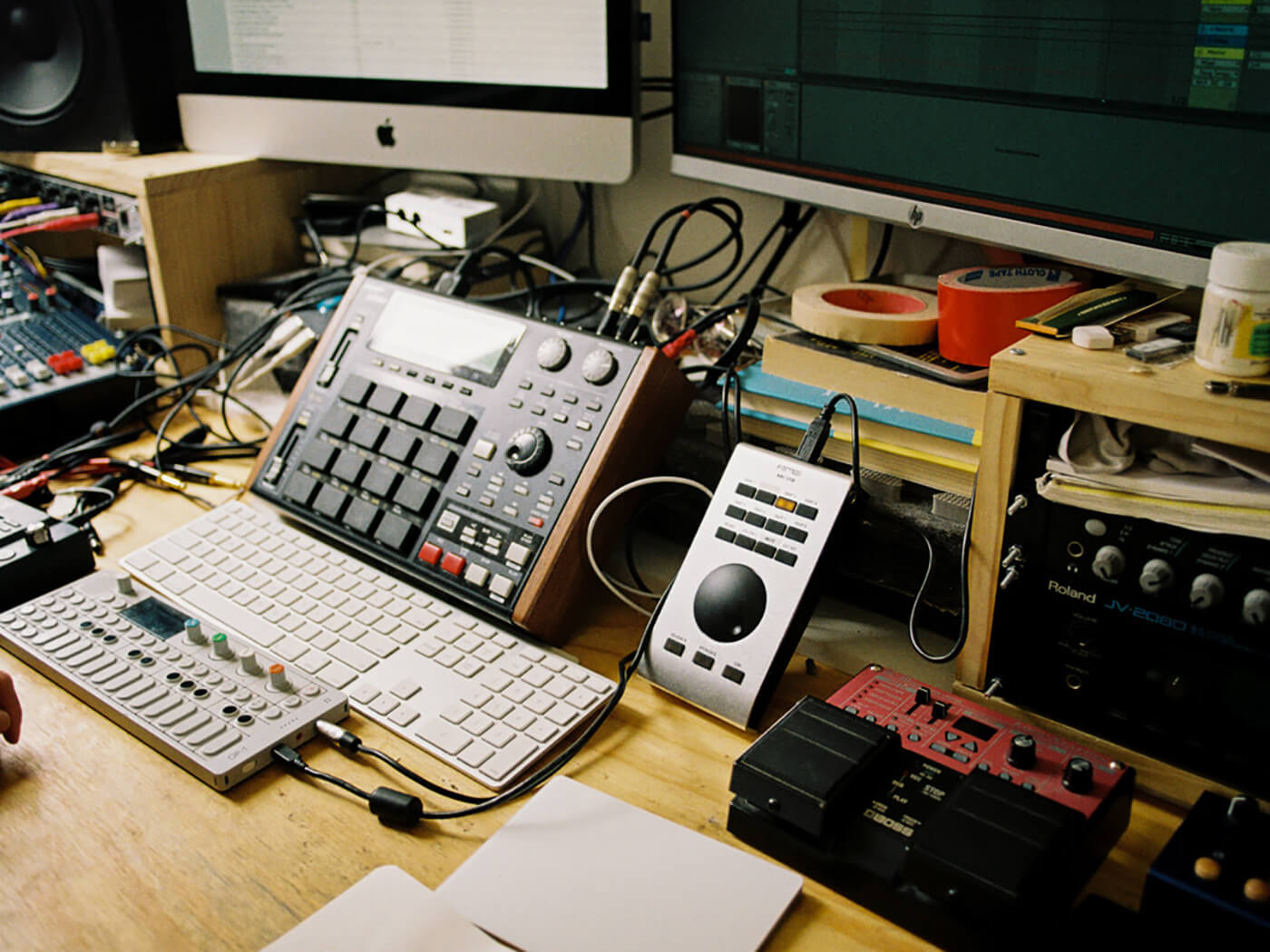 I’m currently based in London so my studio is at whatever accommodation I have and the handful of gear I was able to bring over from Australia (which is where Around the World and Water was made). I do really miss having a solid workstation, but it’s alright for now. I brought over gear that was compact and light, so I have my Teenage Engineering OP-1, Critter and Guitari Organelle, Novation Circuit, Korg Kaoss Pad, and my Apple Mac Mini.

I like my studio to be bright. I like being able to see outside. I like lots of air coming through and being able to hear what’s going on outside. I know this is traditionally everything you shouldn’t have in a studio because of acoustics and gear health, but I find it super soothing. 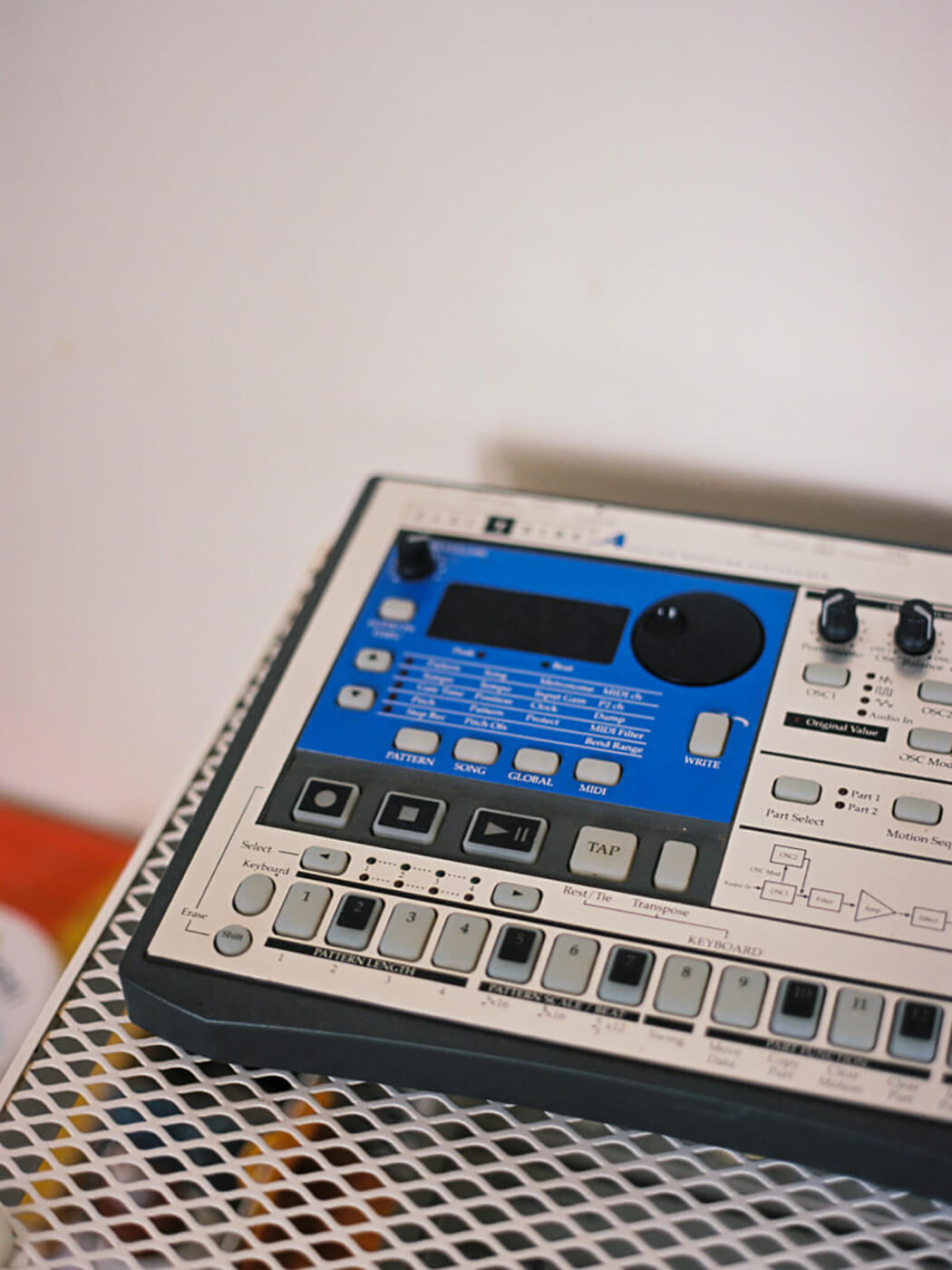 Ableton Live. I’ve only ever tried a handful of other DAWs, but I find it the most intuitive.

That’s probably my OP-1. I’ve had it the longest and I love the portability and that you can basically make an entire song in it. 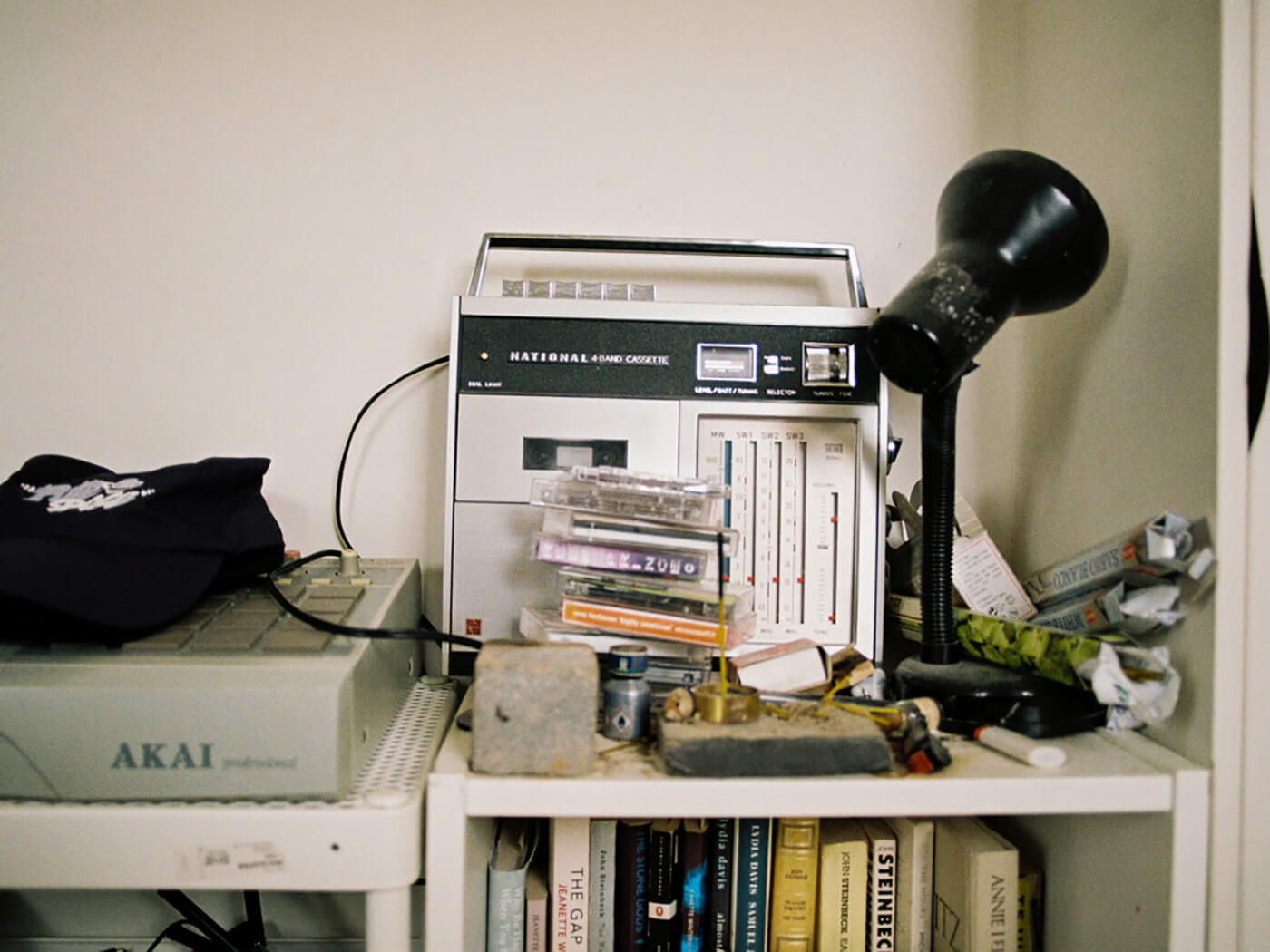 We can’t ask questions about your setup without referencing your track YamaaHA!

I used my Yamaha Tx812 for the bassline as well as the multiple arps going on. There are not many effects except for some compression and bass sculpting. 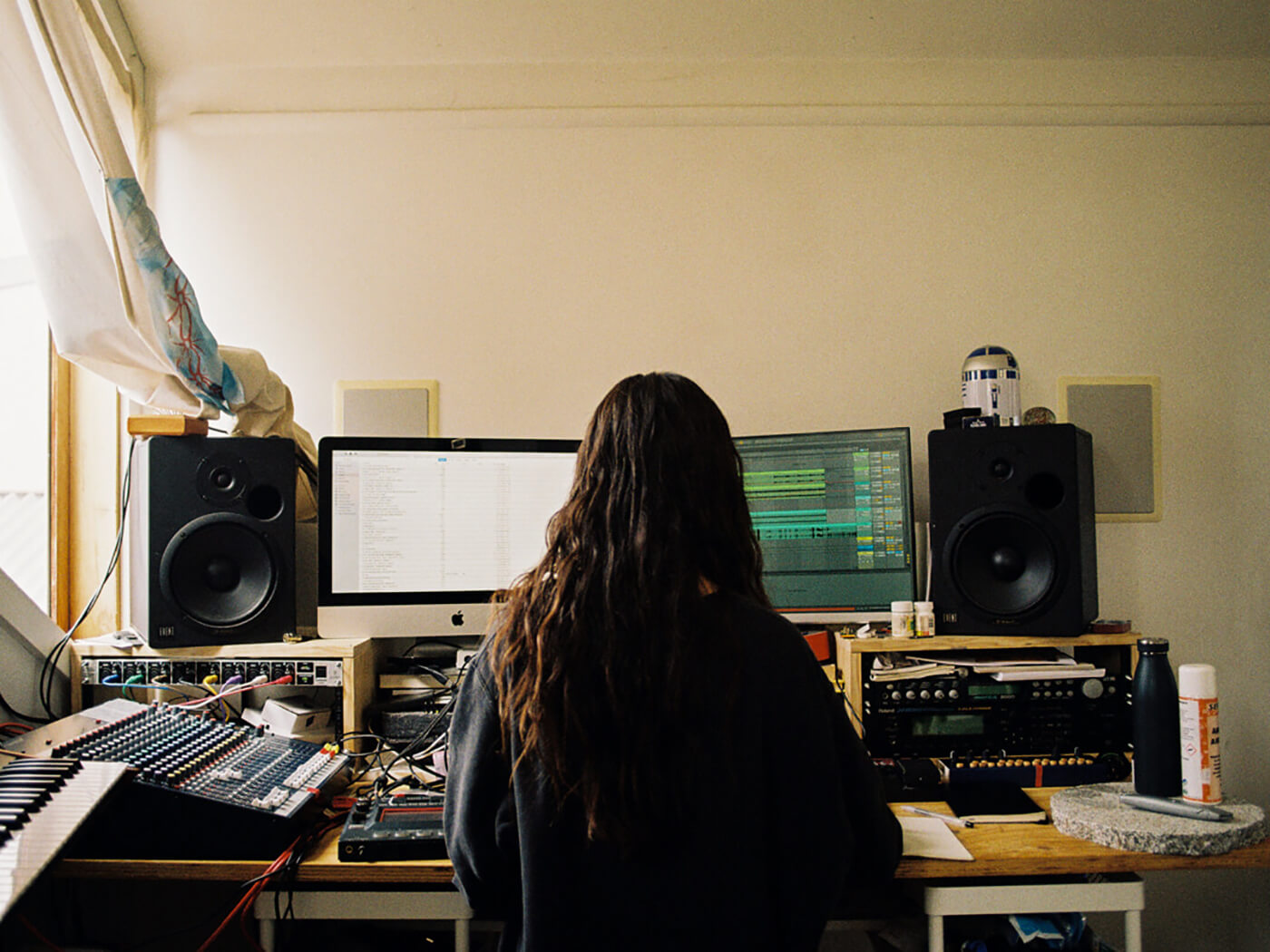 I actually remember the day I made this song. It was a nice early afternoon in Naarm/Melbourne. I had the balcony open and I was darting between my Akai MPC 1000 and sitting in the sun. The song was made as an improvised jam, I guess. I built the beat using one of my favourite Akai sample packs and I was sending MIDI to my synths from the MPC as well. I’m pretty sure the order in which you hear the elements enter is the exact order in which I came up with them.

My UDO Super 6 in blue. I like that she doesn’t have a screen so I have to use my intuition more. And yes, worth it! 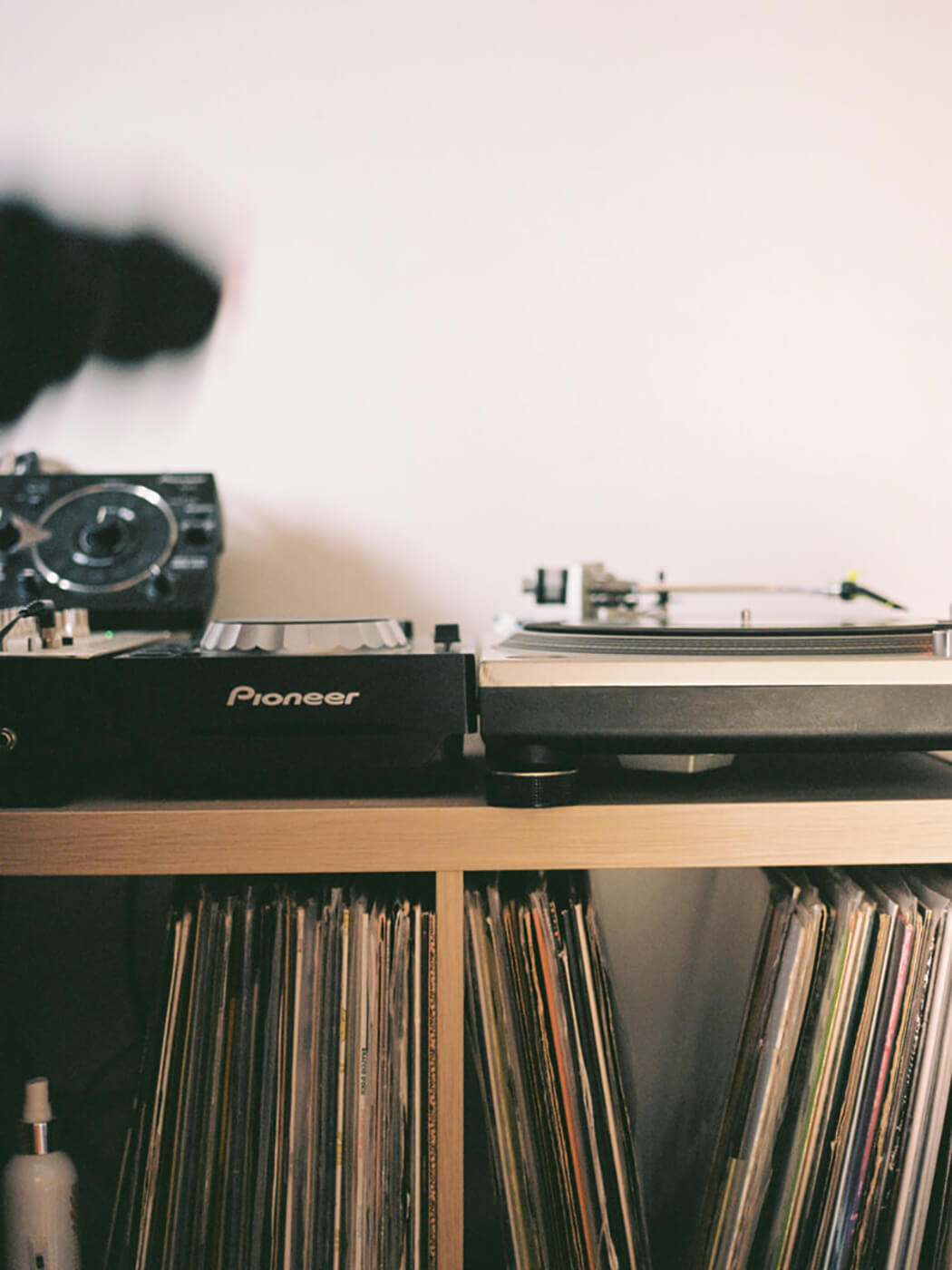 There’s nothing for the next little while. I need to keep it limited due to the nature of my lifestyle at the moment. Limitations are always good. 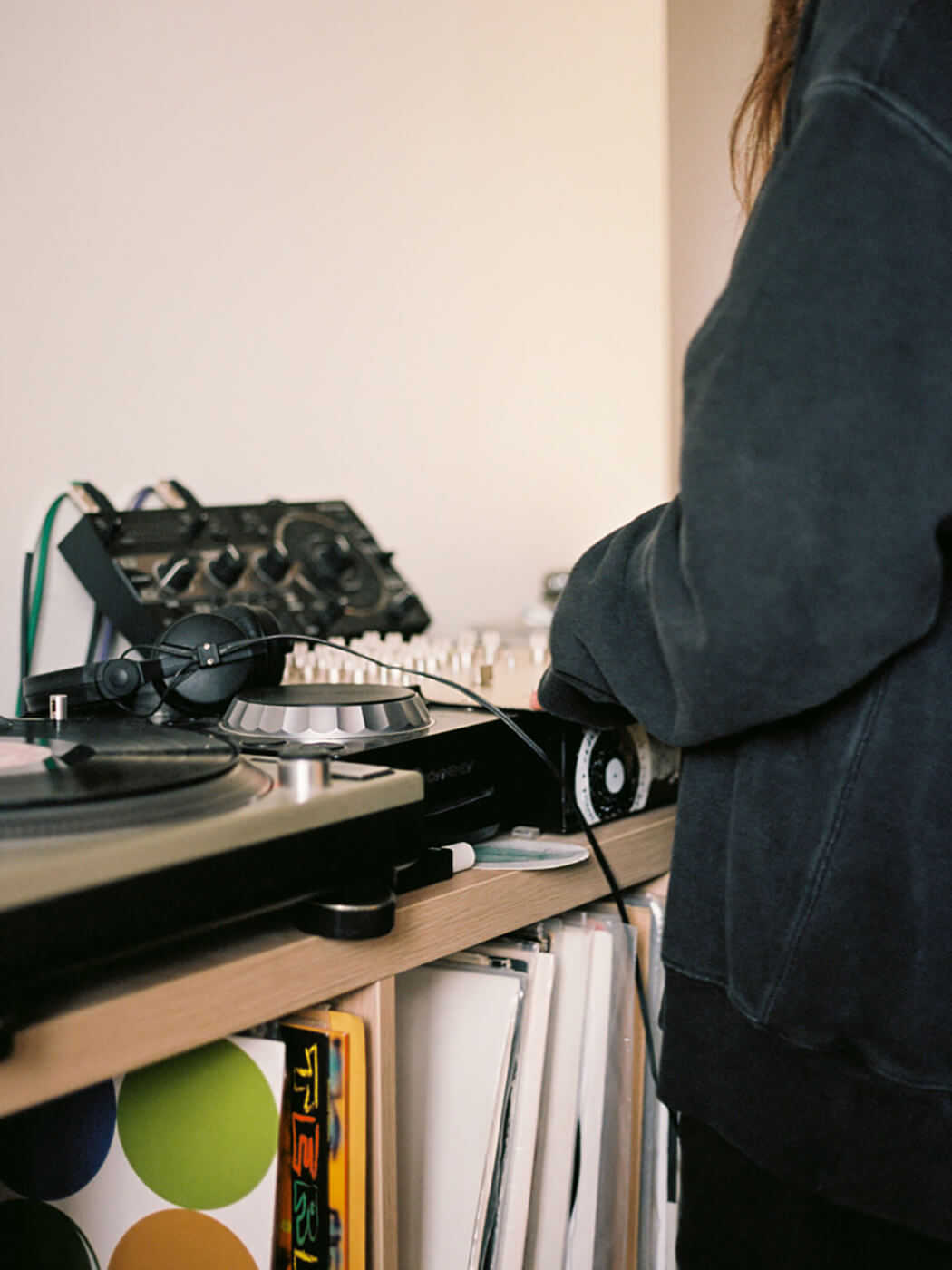 You honestly don’t need much. I guess it’s easy to get overwhelmed by all the gear out there and you can get into this cycle of needing more and more. I think it’s important to remember that less is more, and often when you get into those phases they are more distracting than actually productive.

Buy or stream Jennifer Loveless – Around The World on her Bandcamp.