The bedroom producer explains how he crafts dreamy sounds without an extravagant studio. 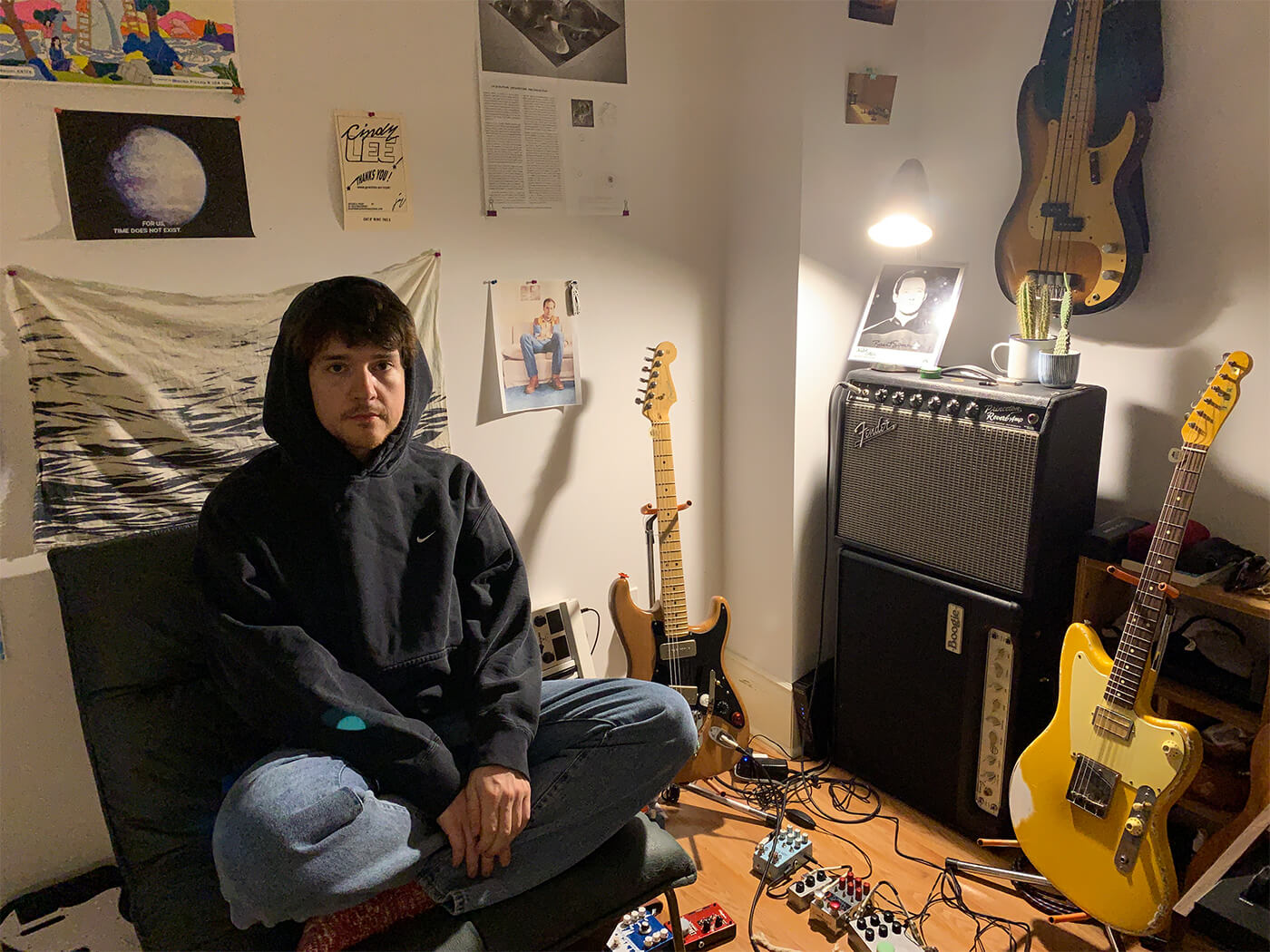 Homeshake wrote his fifth album, Under The Weather, in 2019 as a 12-track reflection on his life. Arriving in September 2021, it follows on from the success of Helium and Fresh Air, two critically acclaimed albums that showcased the distinct Homeshake sound of drifting synths and guitars and delicate falsetto vocals. The ex-Mac DeMarco guitarist created Under The Weather off the back of strenuous tours which led him into a “deep, deep depression”, he recalls.

Those melancholy emotions have “always found [their] way into the music” for Homeshake, real name Peter Sagar, whose honest lyrics and hazy, melodic beats have captivated millions of listeners. While many popular artists may spend hours on end in plush recording studios to translate such sensitive emotions, Sagar’s homely studio and carefully considered instruments are enough for him to express himself. We learn how his previous works informed the process for Under The Weather, why the term ‘lo-fi’ is lost on him, and why a recording space doesn’t need to be complicated. 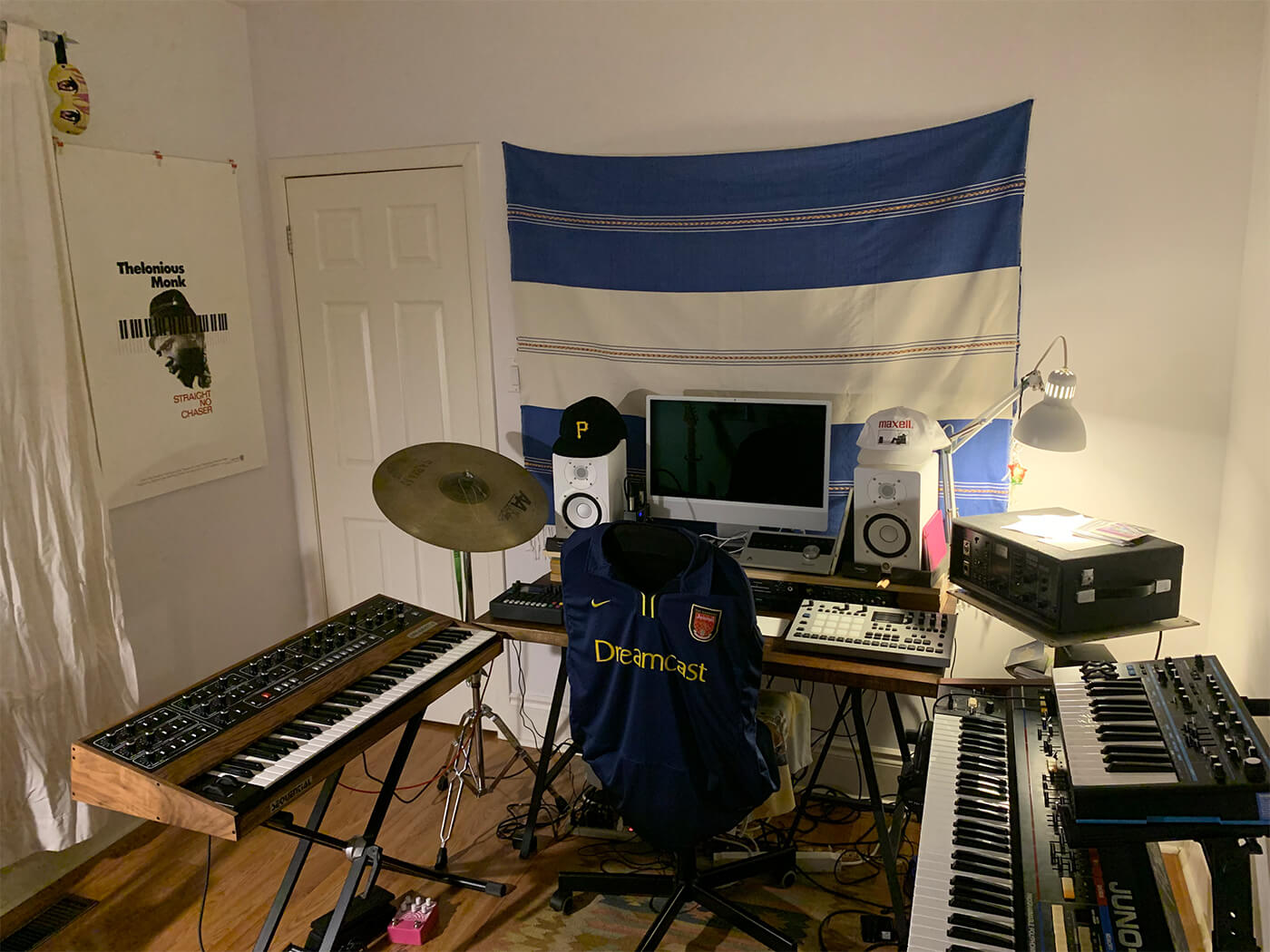 Hey Homeshake. You made most of Under The Weather in 2019 to reflect on a sombre period of your life – do you still find it applicable, or more so, in 2021?

I’ve felt both up and down since writing it. Every so often I find myself back in a similar place as where the album came from. There are specific moments written in it that feel like a lifetime ago.

What have you learned since your albums Midnight Snack and Fresh Air? How have you applied that to Under The Weather?

Those albums were recorded in an analogue studio with my friend Jackson working the board. Since then, I’ve definitely learned the importance of having a second set of ears on the mix.

You enlisted Lucas Nathan to help you produce this album – how much of an impact did that have on your sound?

They were essential to this project. I often find it difficult to share a creative space with others in my solo work, but Lucas has been a close friend for many years and someone whose ear I trust. Everything had been written and roughly mixed for six or seven months before I sent it to them, and they elevated the entire project. I’m incredibly lucky to have a friend like them to share this album with. 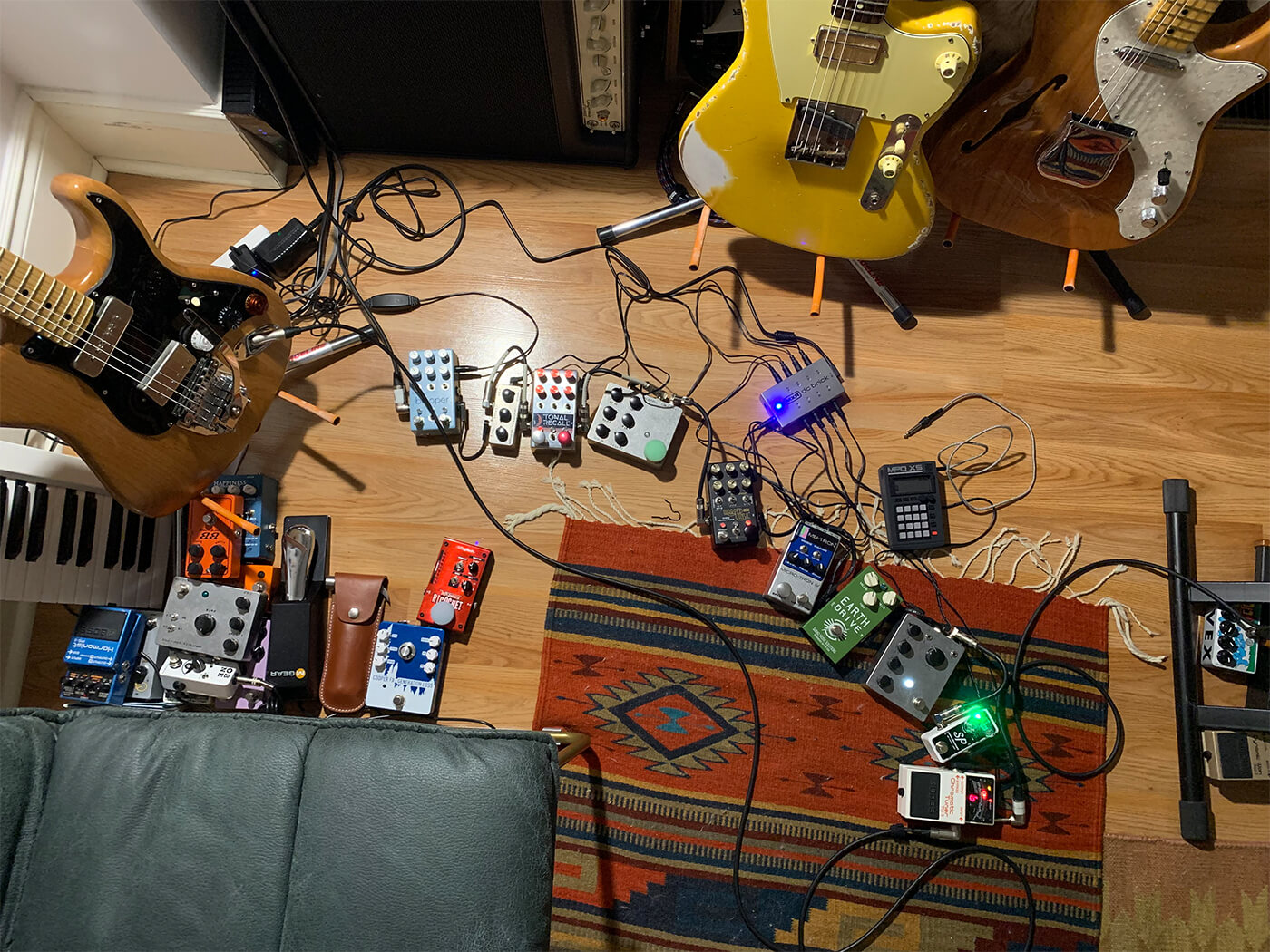 My partner and I moved to Toronto in the fall of 2019, and I set up shop in the apartment when we arrived. I finished Under The Weather here, but most of the writing and tracking was done in Montreal. The studio setup has changed a lot since then; I’ve had a bit of a rotation of gear during the pandemic.

I do all my work here. The only time anyone else has come in was when I worked on a track with my friend Juan Wauters. Since the album’s been finished, I mostly just sit and play the guitar – I haven’t been in the right headspace to do much recording. The sight of Ableton Live has been making me anxious.

What atmosphere do you try and create in the studio, and how does it help you stay motivated?

I don’t think I’ve really tried to create any specific atmosphere. I guess I tried to make it a comfortable room to spend time in. 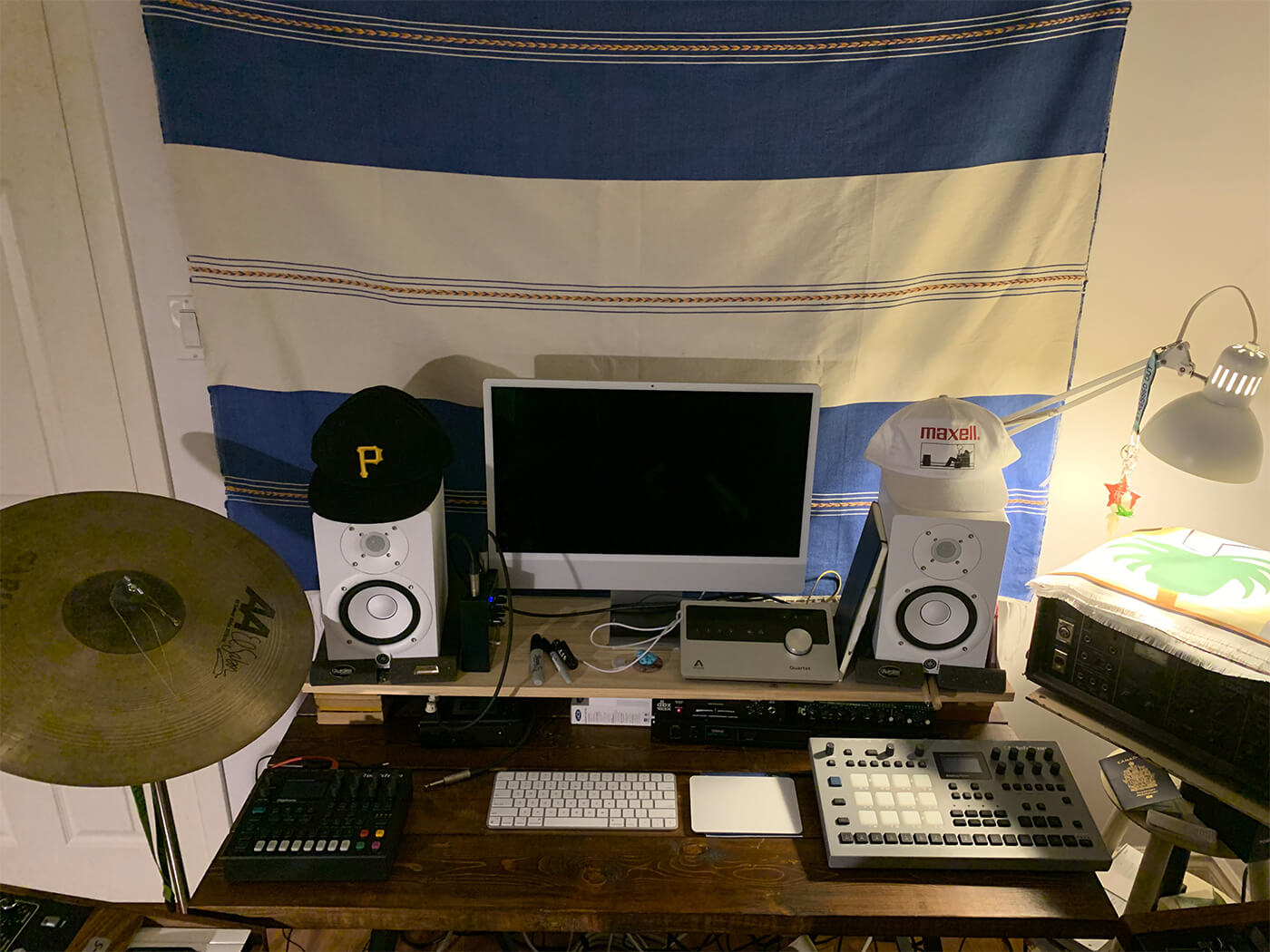 Ableton Live because it was the first one I tried. I don’t use it nearly to its potential, mostly just as a linear recording grid. I upgraded my computer recently and got Logic Pro, so I will probably give that a try at some point.

Either the Roland Juno 60 or the Boss PS-6. I tend to fall in love with the simplest instruments, and the Juno just has the best tone of any synth I’ve owned – so smooth and soft. The PS-6 is a funny thing to hold in such high regard, as it’s a fairly janky sounding boss pedal. Years ago, I got a sketchy 12-string to tune the high strings to fifths, but they would break almost instantly, and the guitar wasn’t playable. I read about this pedal, and it seemed like it would capture the effect I wanted, but I didn’t have any cash to buy it, so my sweetheart Salina bought it for me. I didn’t have much gear at the time, so I was using it on everything, doing as much as I could with it. It really shaped my sound in the early days of this project. 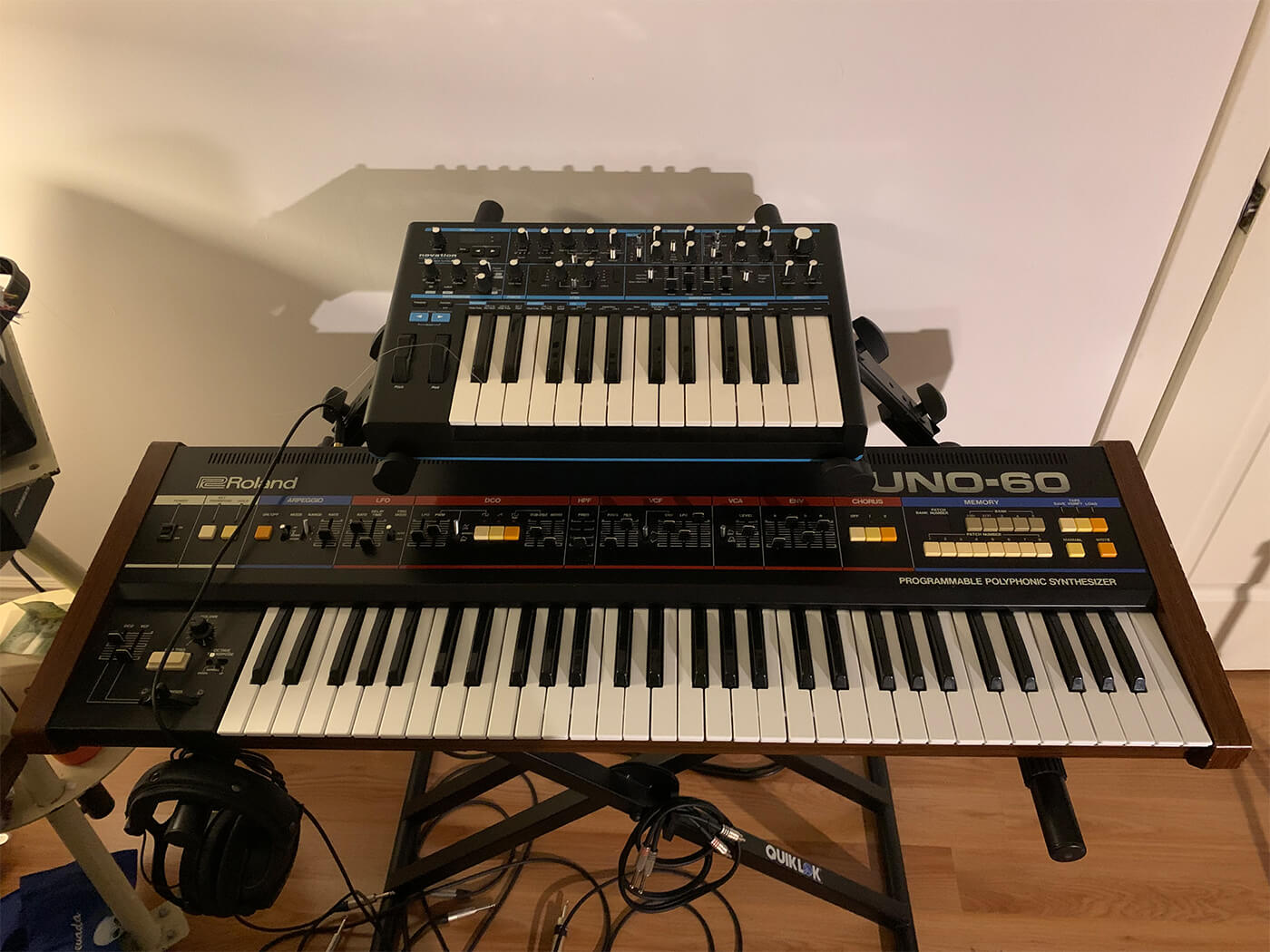 What synth or effect can be heard the most on your single, Vaccum?

I used a Moog Grandmother for the lead synth part, and the chords are guitar. The Grandmother is a very good synth, although I did sell it recently.

Much of your sound seems to take inspiration from the 80. How do you hone in on this lo-fi sound with the gear you have?

I don’t take much conscious influence from the 80s, though I do love many synths and drum machines that few artists of the time were using. The term ‘lo-fi’ feels a little strange to me. As a genre descriptor, it doesn’t mean anything to me. If it’s a literal description of the fidelity of recording, my studio isn’t exactly a pro setup, so I’m not going to be making anything that sounds like a hi-fi mainstream record. Maybe it’s both of those things, I’m not sure. I always feel a little out of the loop when people describe my music that way. 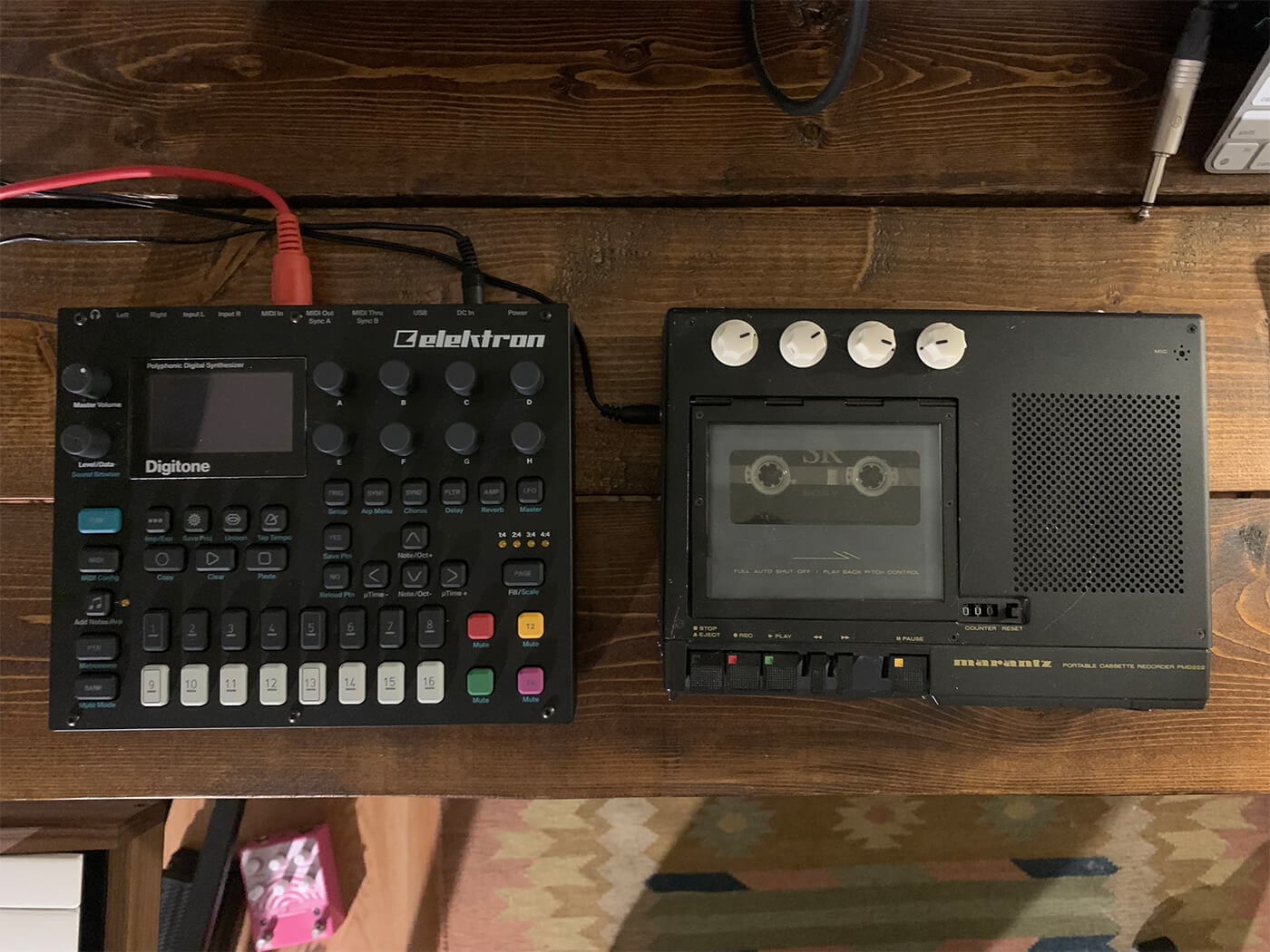 I got the Sequential Prophet 5 reissue, and I haven’t used it at all, so hopefully it becomes useful whenever I start working on another serious project. It sounds great, though, and there’s definitely a lot to unpack in there. 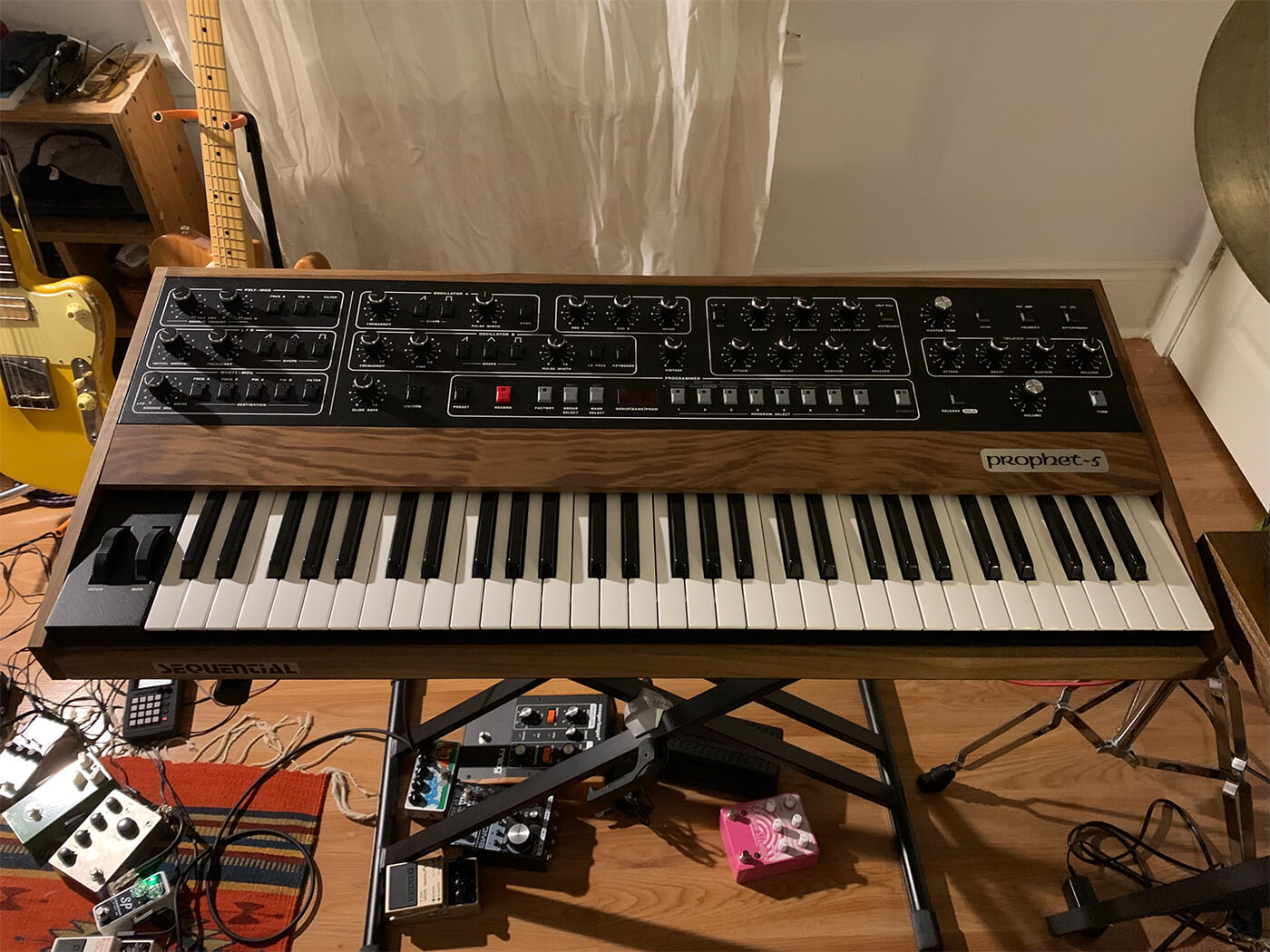 I’m out of my depth with that. I put up a blanket on the wall behind the monitors that helped a lot, and I tried to fill the room with stuff to deaden the sound. I saved egg cartons for a while, but I don’t even know where to put them – they’re just sitting in the closet. 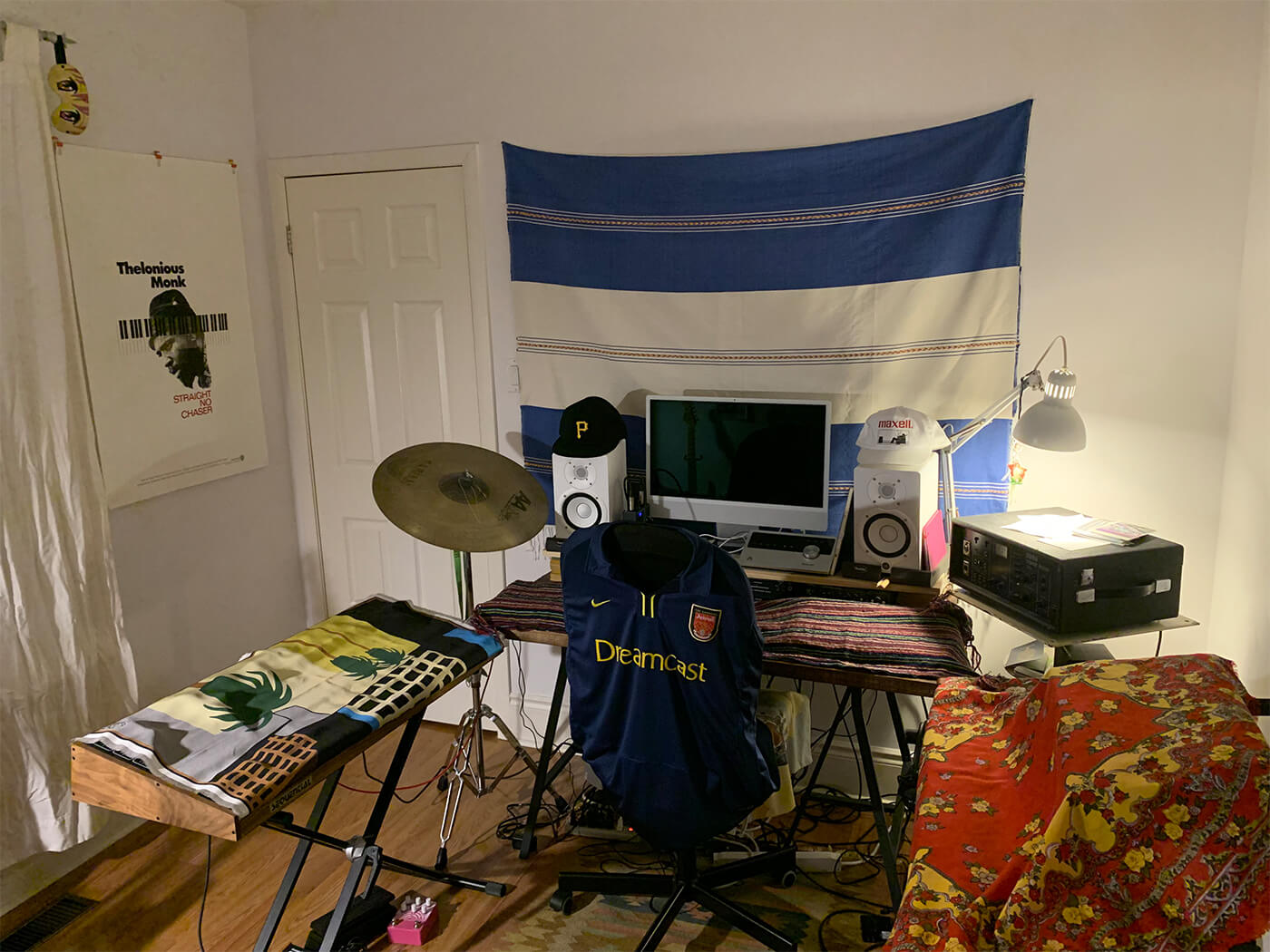 Lately, I’ve been searching for a vintage Gibson ES-330TD, preferably early 60s. I’ve always wanted a beautiful guitar like that, but the prices are so insane it never felt realistic. I recently sold off some synths to free up a little cash to put towards an old guitar, but I haven’t found the right one yet. When I was a teenager, I tried my friends’ very old 335, and it was like butter. I prefer the tone of the P-90 pickups and the fully hollow body of the 330, so hopefully, the right one comes along. They’re cheaper than other models of the time, so that’s chill. 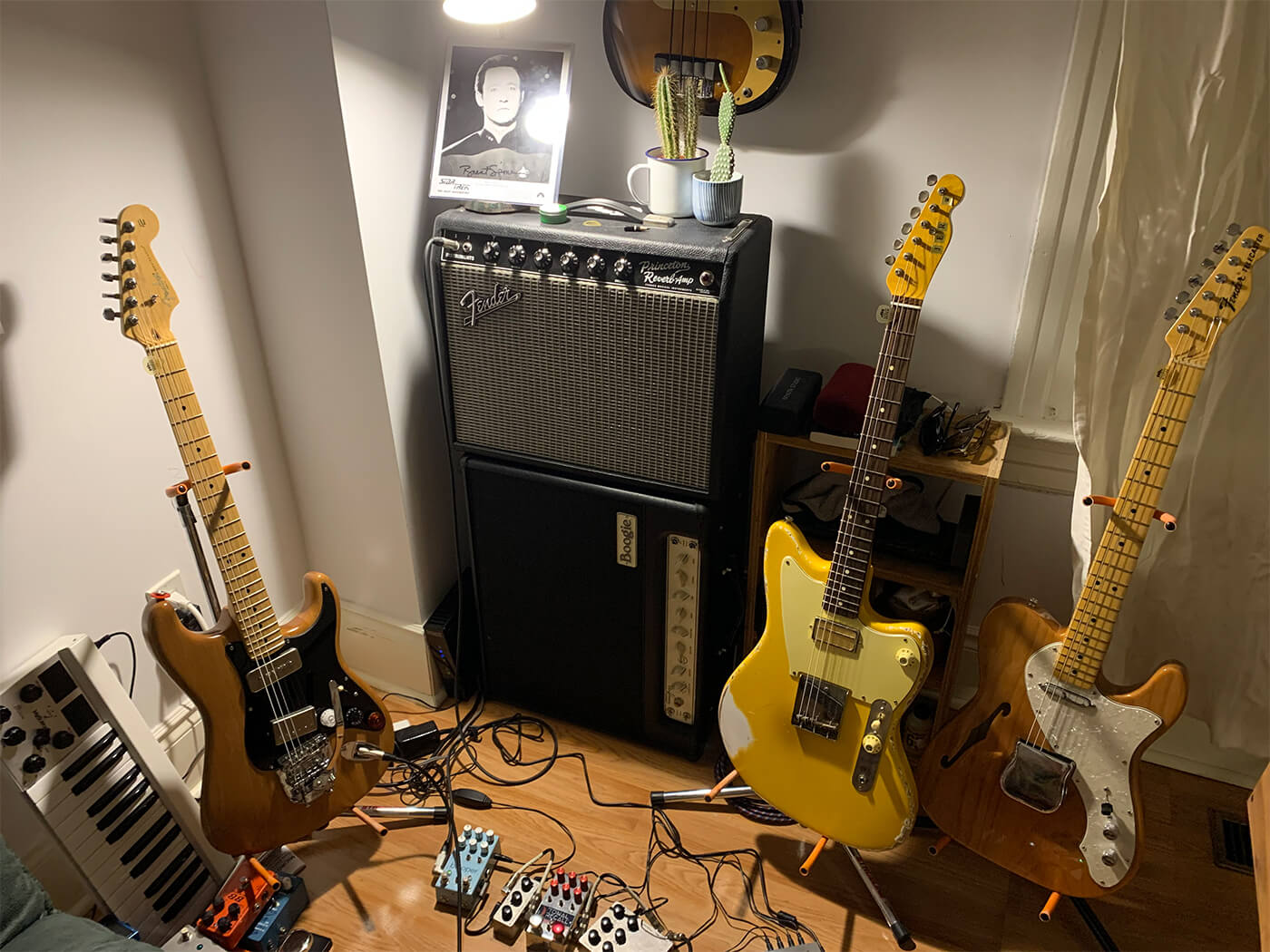 There are probably countless ways I could improve it. I have a pretty small interface, and I don’t use much outboard recording gear or anything, but it suits my needs. I’m not a recording wiz or anything like that. I just try my best to get a good sound out of the simplest setup I can.

Do a lot of it. It takes time to figure out what works for you and find your sound and all that. You’ll probably get the best results if you go into it without expectation, just be in the moment and enjoy yourself. 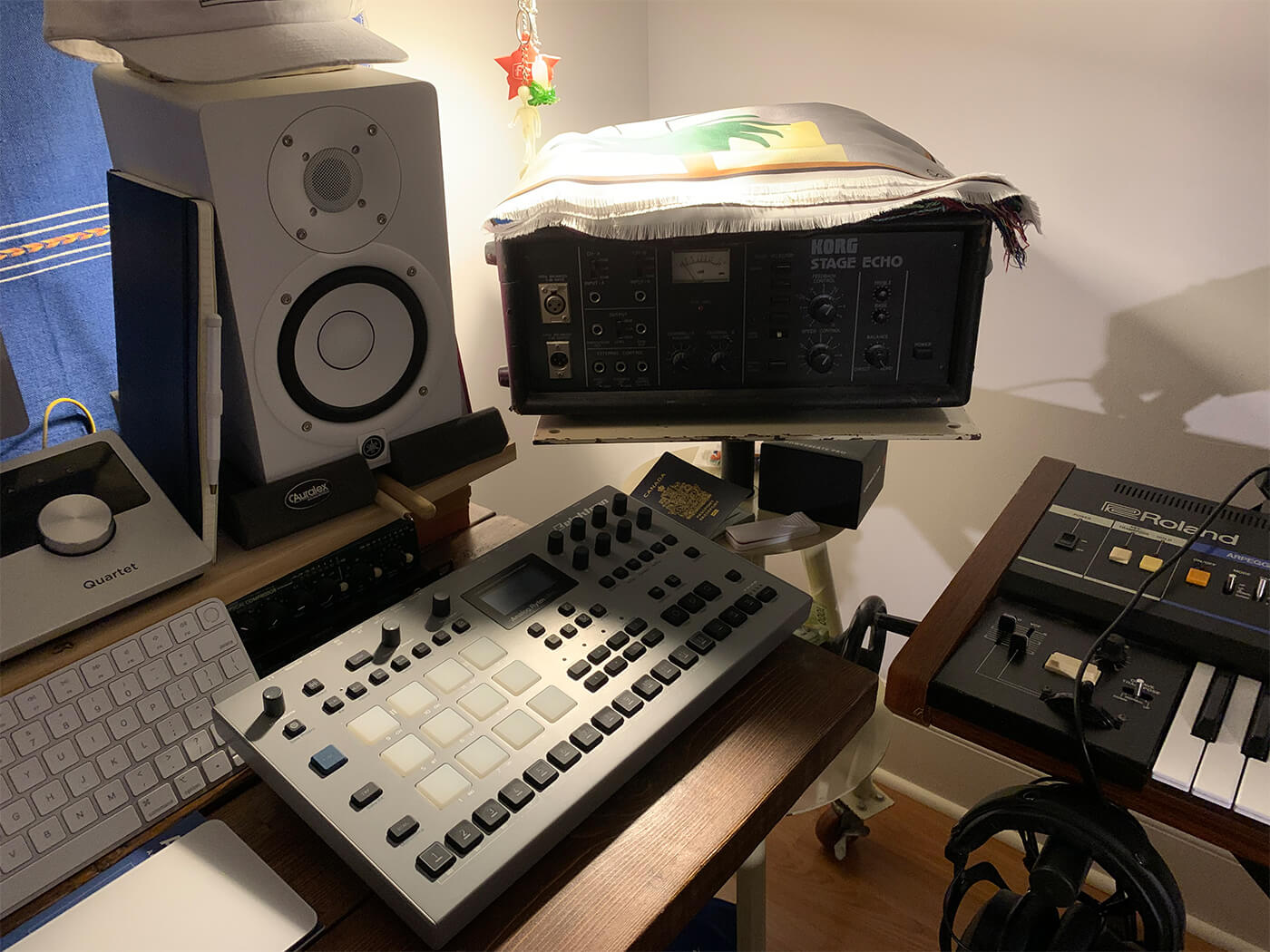 For me, keeping things simple always works best. Get a recording device, some speakers, some headphones, and some instruments. It doesn’t have to be complicated; it just has to feel like home. 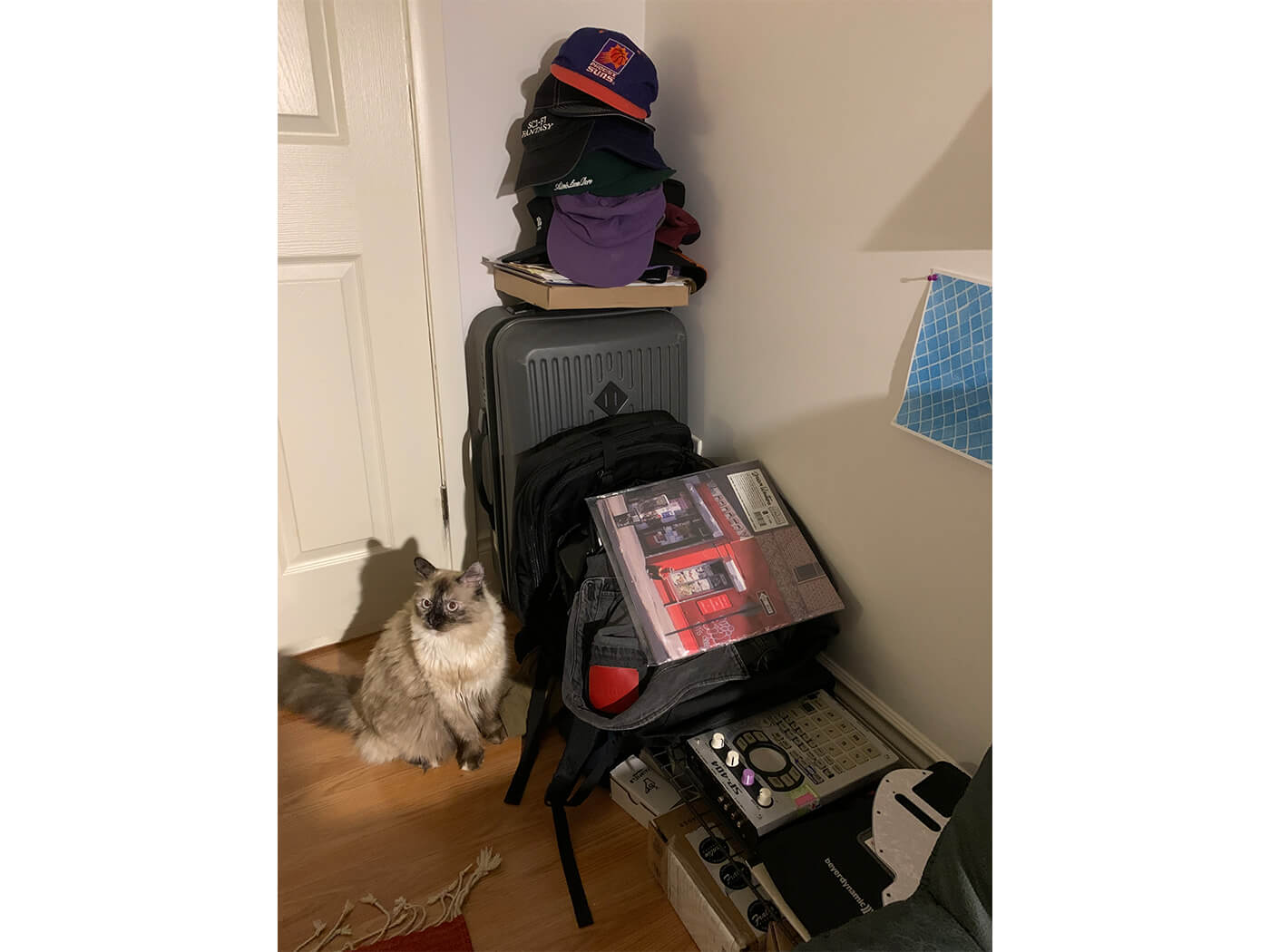