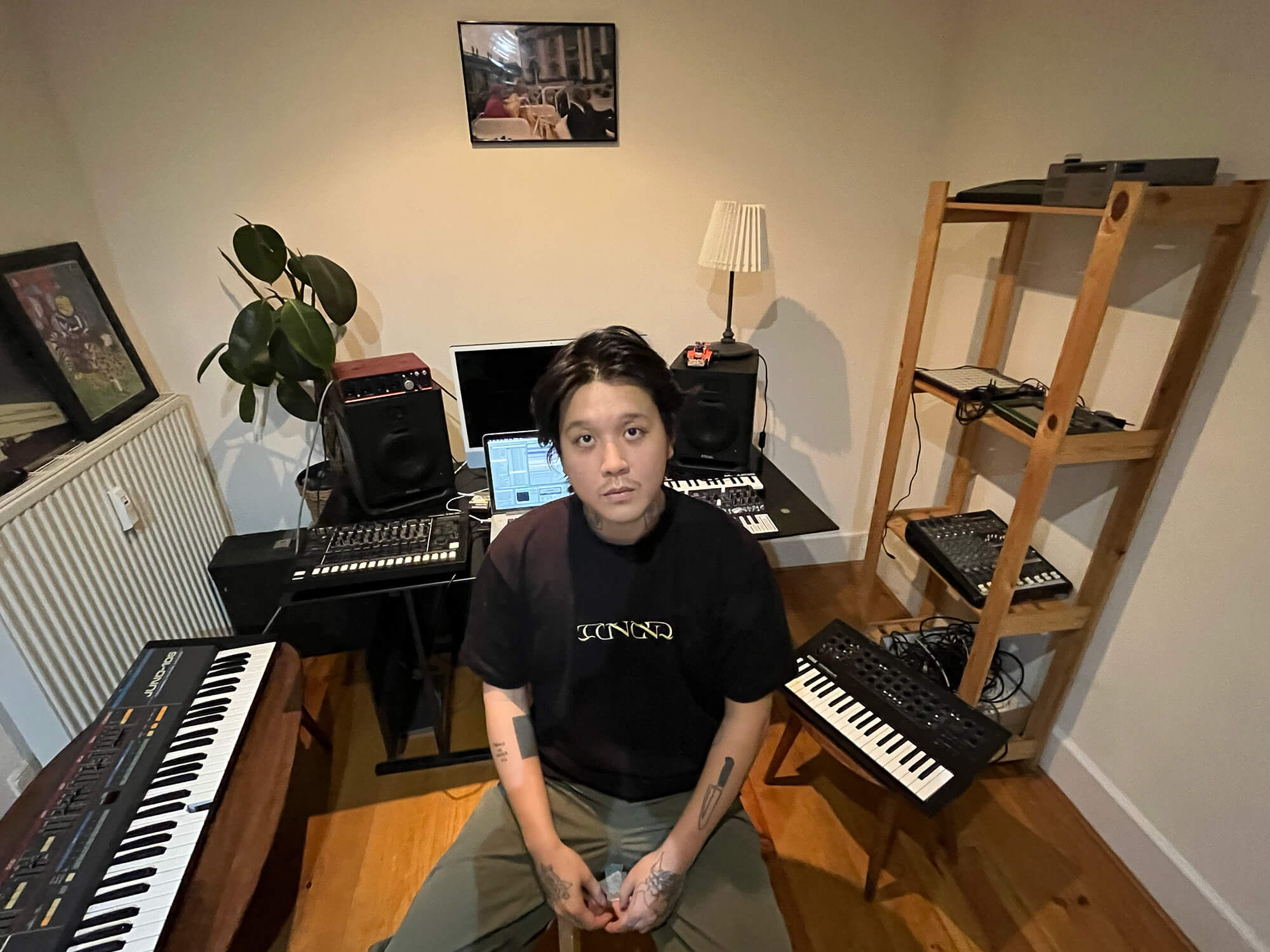 HADONE explains why you should carefully consider hardware purchases, and why techno’s horizon is “infinite”

HADONE flies through the tempos on his incredible debut LP, What I Was Running From. Kicking off with racey techno, dipping into torn-up, euphoric rave-y breaks before landing on a melody-driven choppy electro style, it’s a collection of singular works from HADONE’s past two years in the game.

We speak to the producer, currently based in Belgium, about his favourite studio items and why you should really think about your sound when buying hardware. We also find out about the producer’s thoughts on the world of techno, a genre which he describes as only just scratching the surface, with its future, as he describes, looking “infiinite”.

Hi Hadone! What can you tell us about the immersive Things We Never Did concept and how this LP ties in with it?

I wanted a space where there was freedom to express myself without limits, and where I could add all of my passions into one space. Things We Never Did is a culmination of all those things, and it acts as a playlist of the best tracks I have made in the last few years, that show all the different things I like to produce and listen to. Therefore, I say it’s more of an LP, as it doesn’t flow like an album, which was always my intention. The tracks are varied and different.

What is the beauty of techno as a genre? Why does it have such a cult following, do you think?

I think that the beauty of this genre is that we are still at the start of the whole movement. Techno is a genre that has been alive a lot less than jazz or rock music, so it, therefore, means there are still so many ways in which it’ll develop with many possibilities yet to come. It’s infinite. 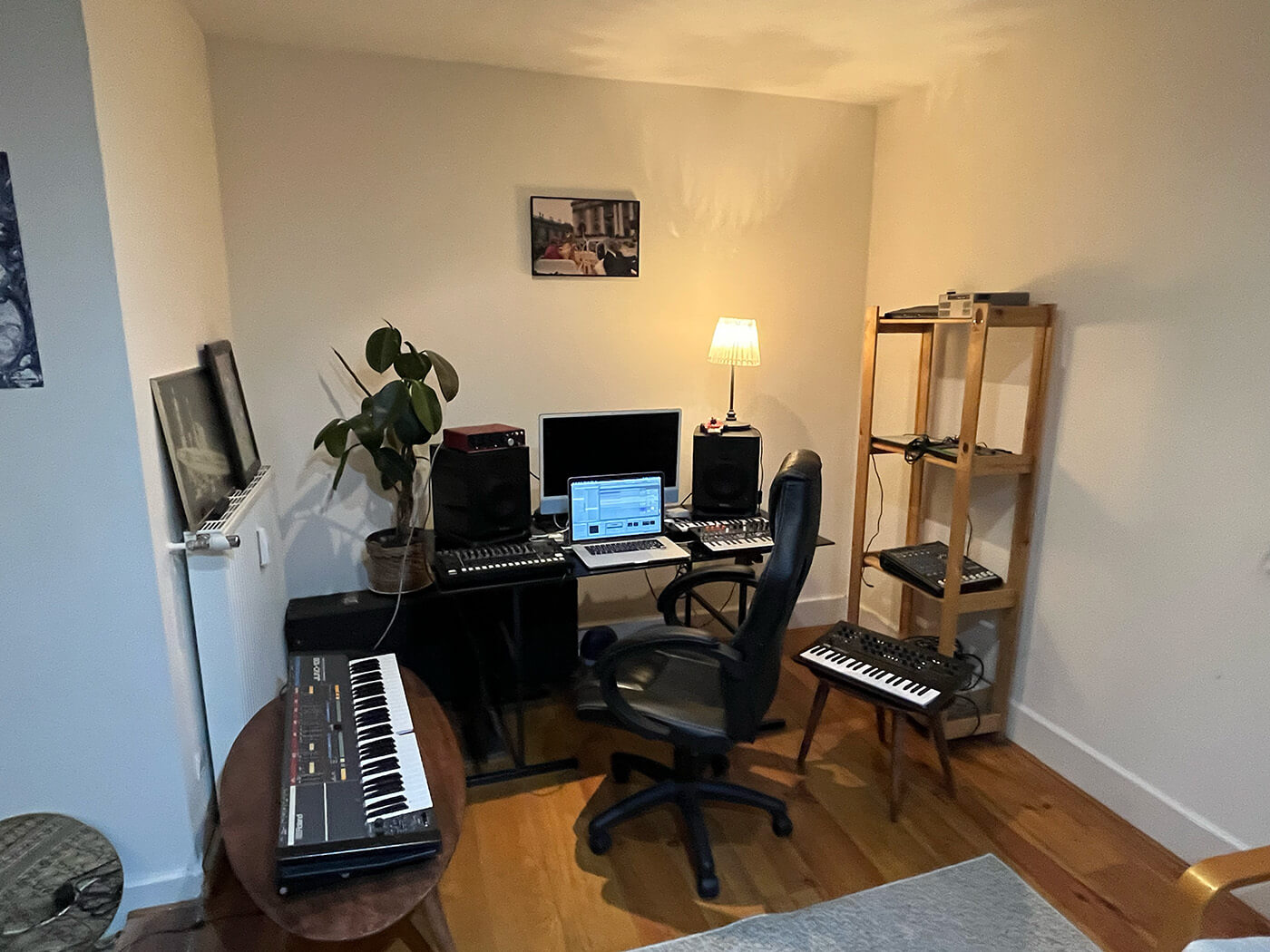 For the last 4 years I have been living in Brussels, Belgium but in the last 6 months I moved into a new apartment with my girlfriend where we now have a home studio. It was always something I had outside of the home before, but I am finding that I’ve become so much more efficient since having it closer, and I’ve then also been able to make it more comfortable. I have even had enough room to create a separation between the production part and then where I have my turntables. 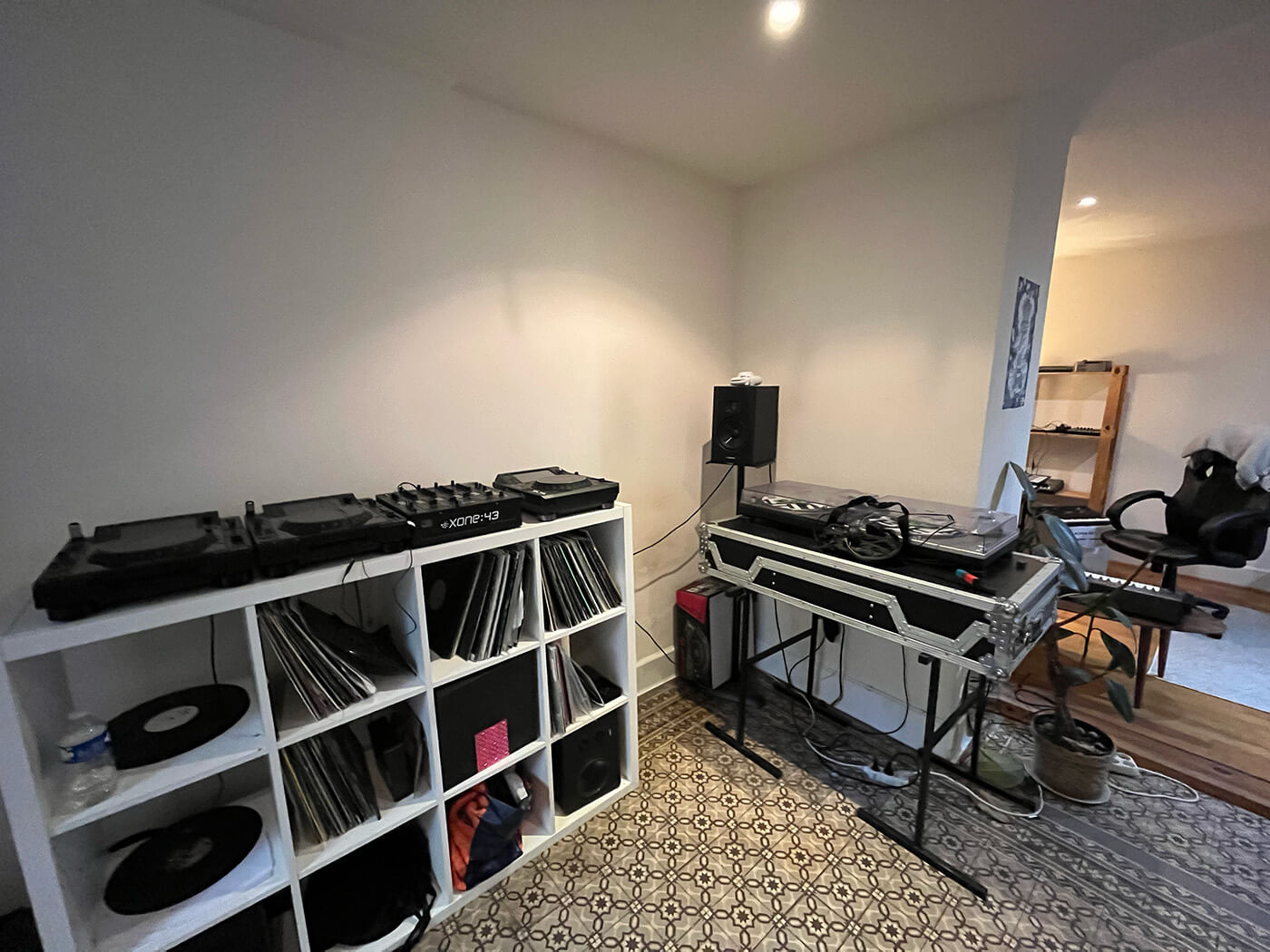 I usually go to the studio when I’m inspired or when I get a solid idea in my mind. Otherwise, I learnt that with time, nothing good can happen when you have to force inspiration and creativity. It’s also my secure place, and I have all my childhood toys in there too – it’s like my little cocoon. 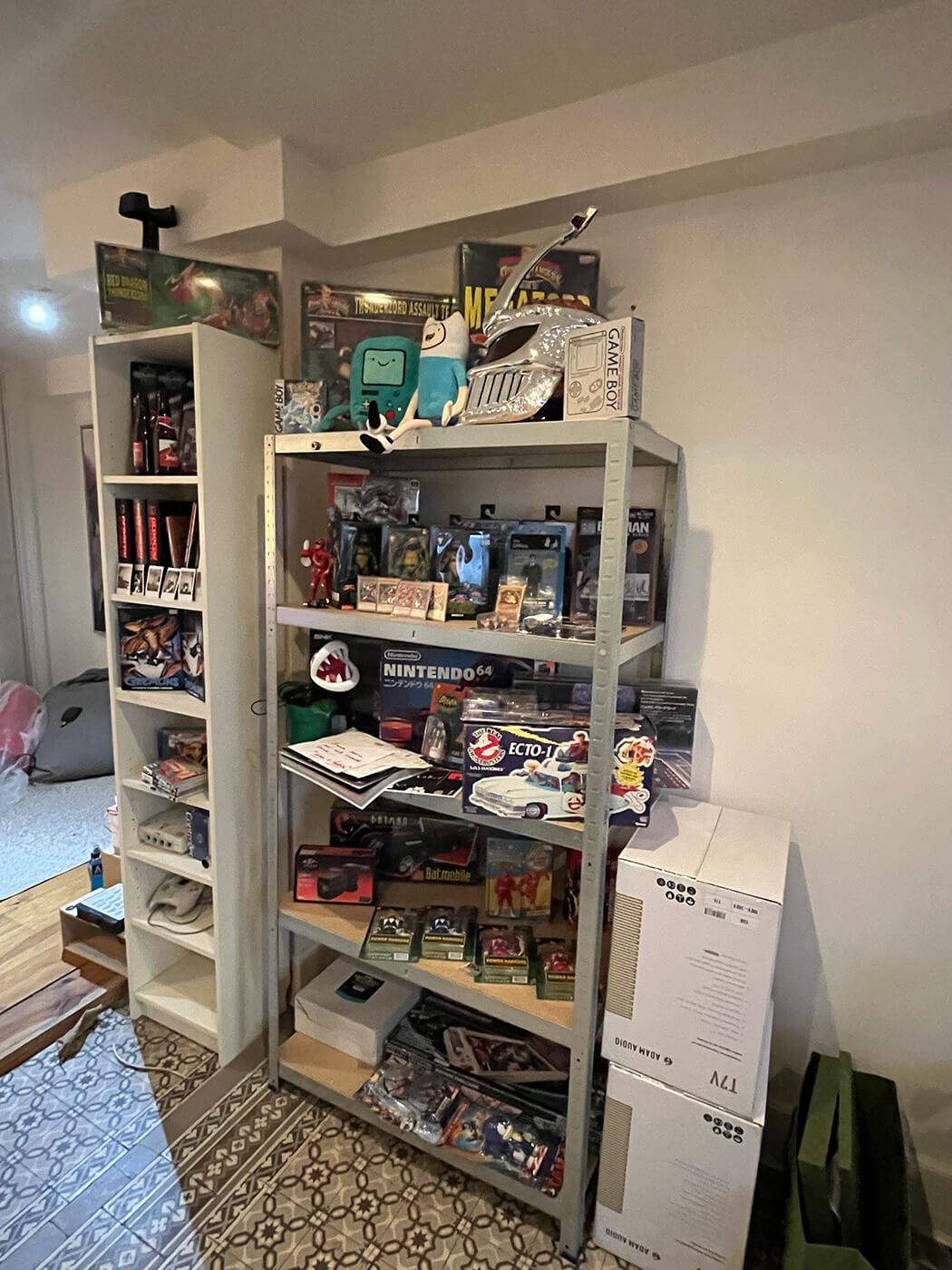 I’ve used Ableton Live for about eight years now, I guess. I started with it and it never changed. I saw other interfaces but once you learn to practice with one, I find you often stick with it.

I would say the Roland Juno 106 I bought it from a friend who kind of ‘gave’ it to me. It’s the most amazing synth for creating pads with emotions. 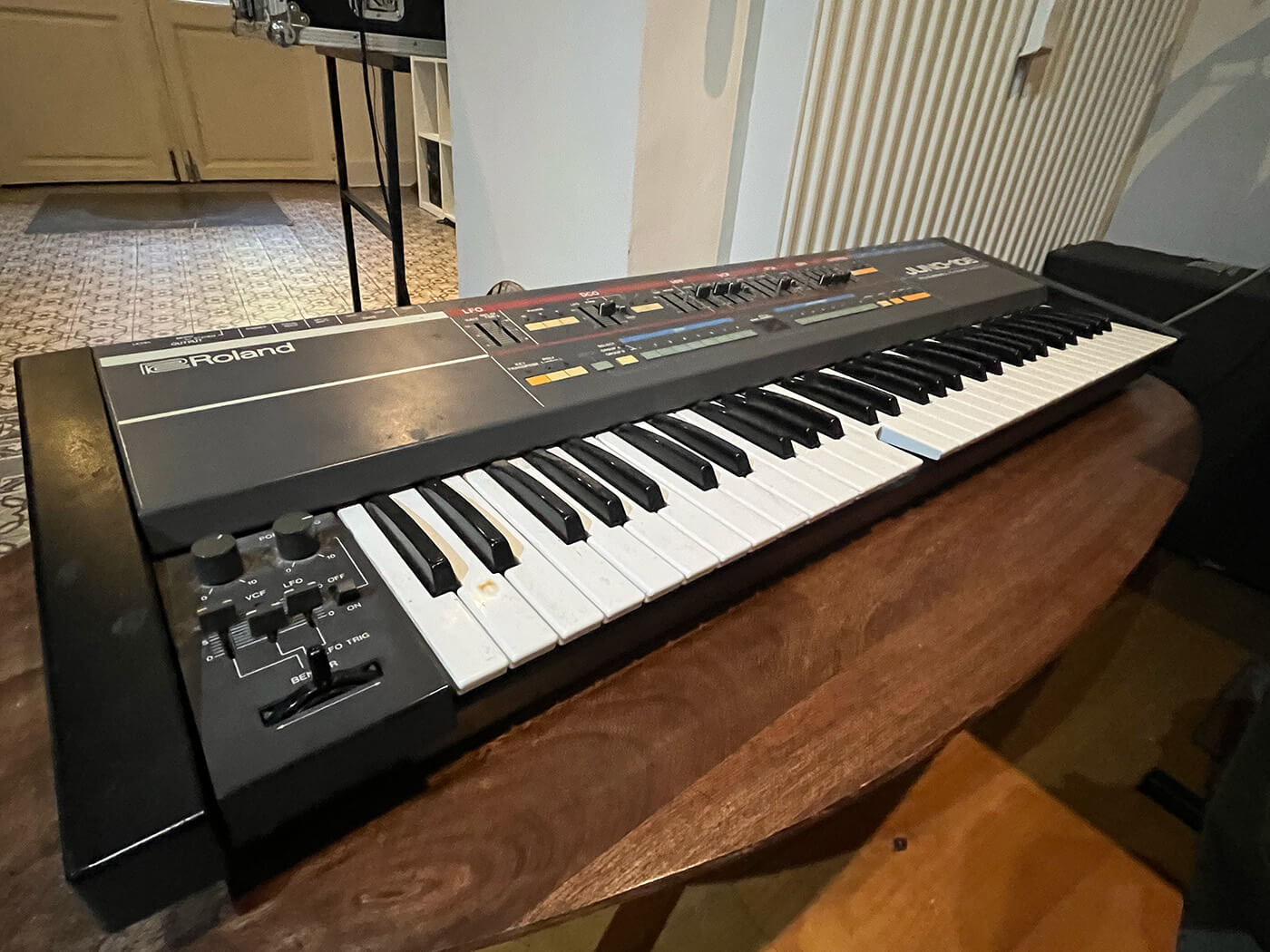 What synth or effect can be heard the most on What I Was Running From?

I mainly used the DX7 VST from Arturia. With such a particular sound, you can recognise it in many parts of this tune.

How do you use breaks samples on the album?

For Step Away From June, I used a lot of breaks samples but I deconstructed them to use little or big parts. I also processed the sound a lot because I don’t want to ‘re-own’ the sample in my way, so I added a lot of grain delay and amp to tear up the sounds.

The biggest investment I made was the iMac. I wanted a unit that I won’t take with me on planes and hotel etc. It’s got the same structure as Ableton Live on my laptop, so when I leave my studio, I can still work on my projects far from home. 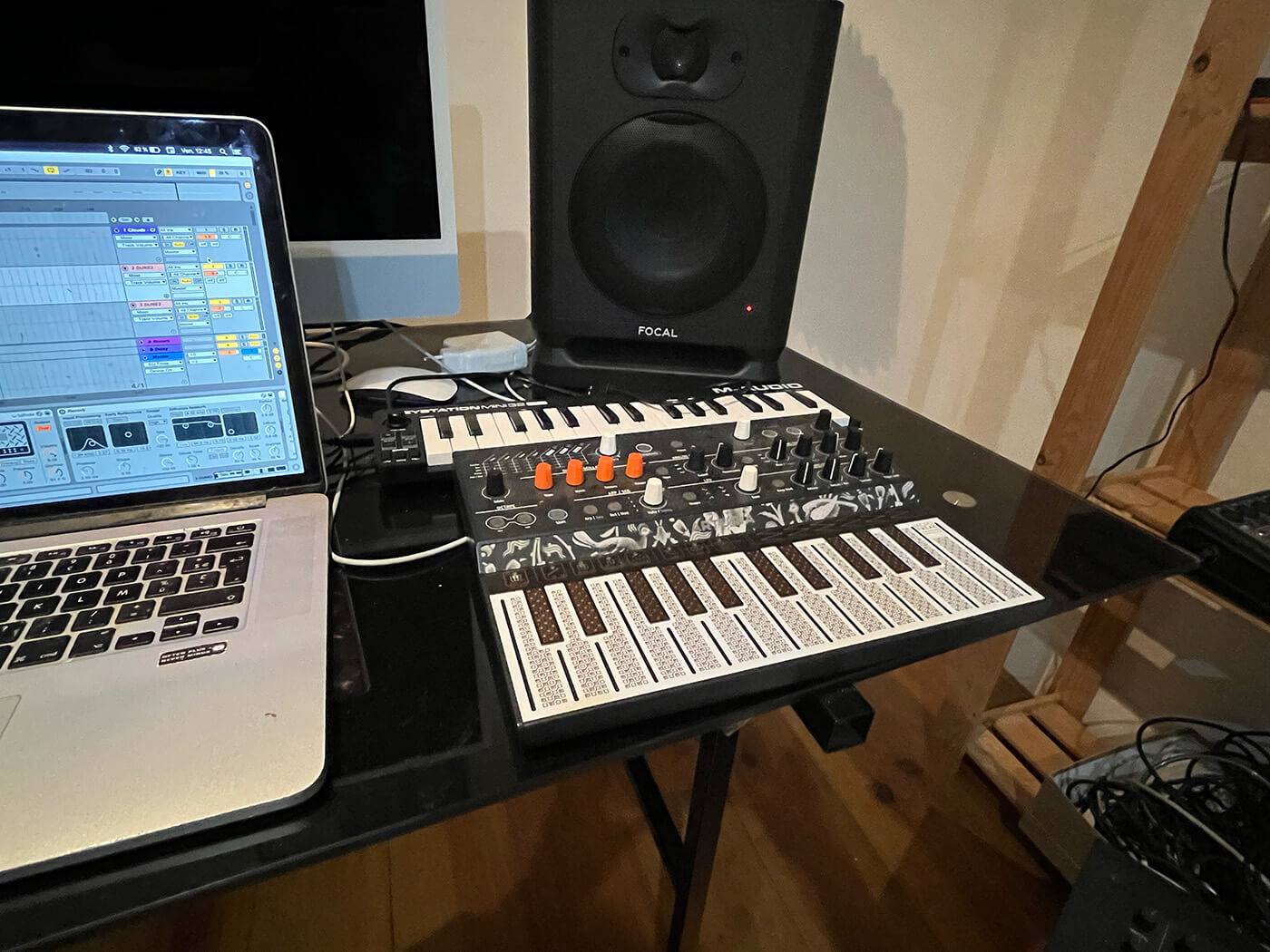 One of the synths I’ve been looking at for the last few years is the OB6 by Dave Smith and Oberheim.

My dream piece of gear would be a classic Roland TR-909. I hopefully will be able to afford one soon.

I think I would take an AKAI Force, as it’s a stand-alone item and you can basically do whatever you want, like on Ableton or an MPC Live. It’s basically a groove box! 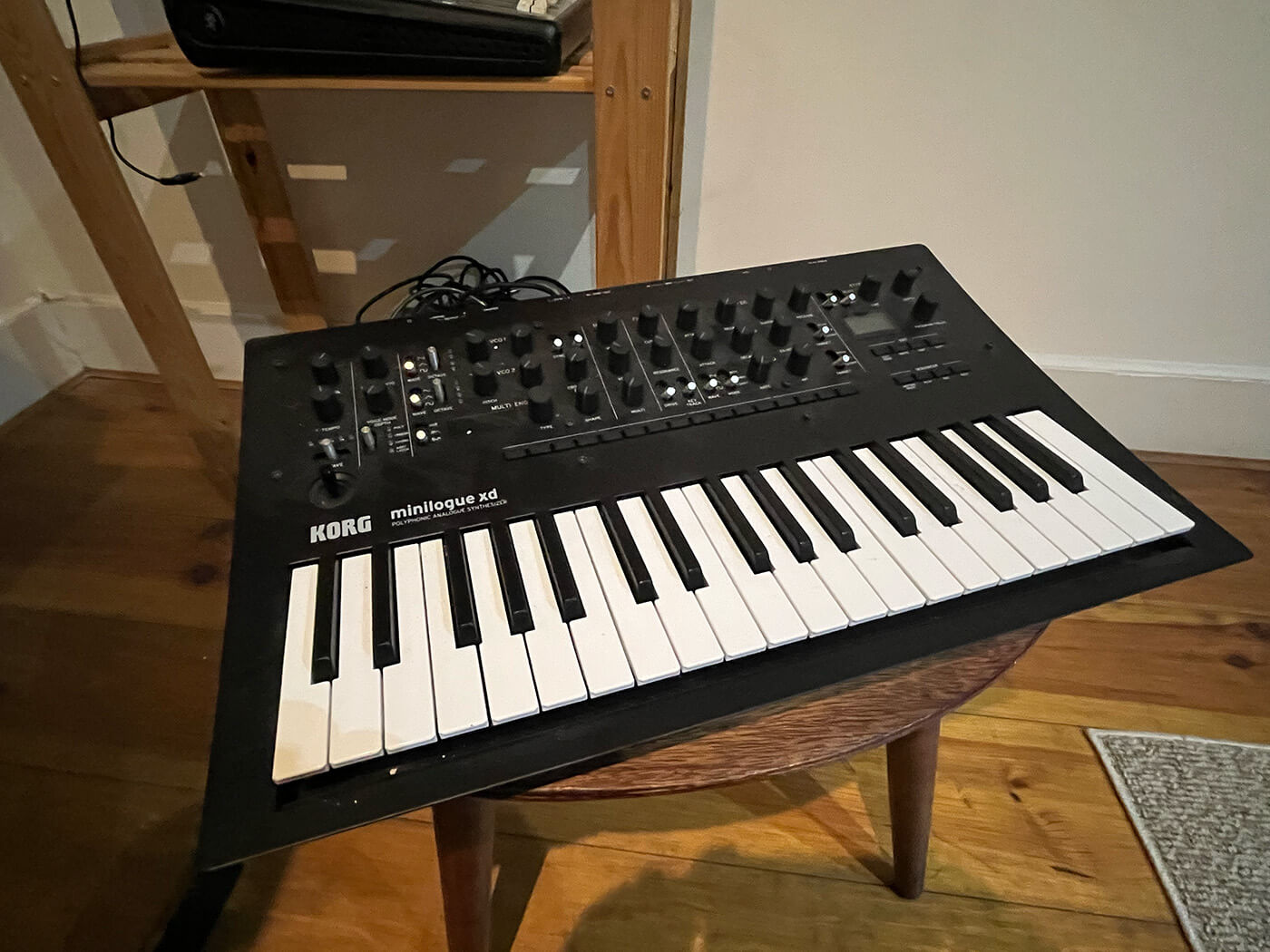 Don’t waste all the money you have on trying to get every bit of gear. I know it can seem dreamy to have about 20k worth of studio equipment but if you don’t learn how to use each piece of hardware then it’s useless. So, I suggest that you take time to practise and learn each workflow for every piece of gear you have before considering buying something new. I’ve spent too much money and time buying and selling stuff I didn’t need in the end because at the time I didn’t know what I wanted to sound like.

Build something in the way you feel the most comfortable. This room will be your inspiration place, so you need to really feel at home in that space, make it like your second home and take care of it.

Listen to Hadone’s LP on his Bandcamp.